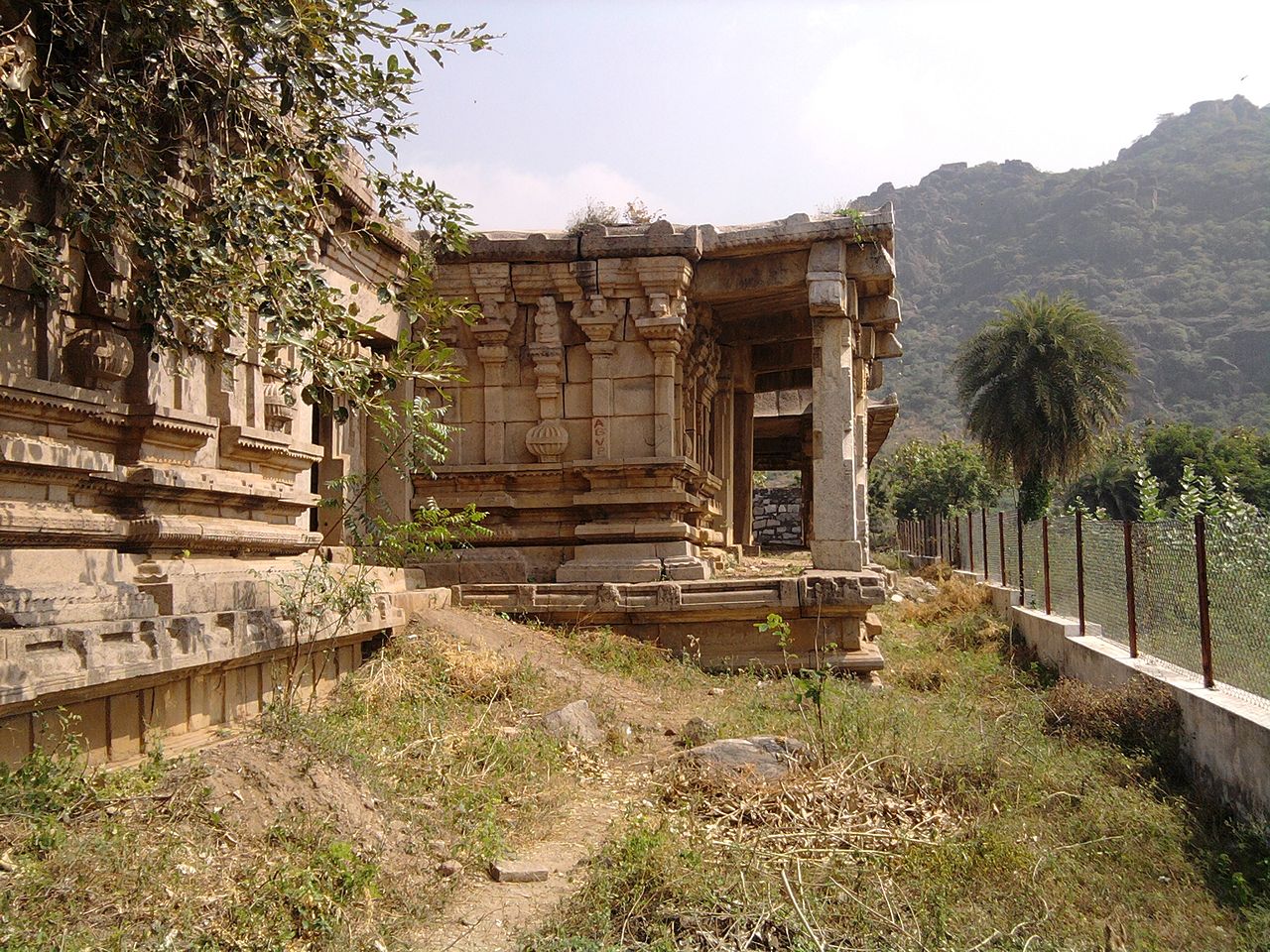 Filled with exquisite destinations and locations, the tourist places in Andhra Pradesh have all the attractions that they may be in demand for. With its rich cultural heritage, historical significance, and ancient architecture, it is one of the most cultural destinations that a tourist who is in crave for some authentic South Indian beauty may choose to visit. Among the best places to visit in Andhra Pradesh, one such destination houses a Kondaveedu Fort, which is the ancient hill fortress located in the Kondaveedu village in Guntur district of Andhra Pradesh.

Located at 58 km distance from Amravati and 73 km distance from Vijayawada, Kondaveedu fort is listed among one of the most famous historical forts in the country. The location that it is situated upon calls for an adventurous trek through its path to reach the top and witness its charm in all its glory. Surrounded by luxurious hotels available in the Guntur district, which resides at 32 km from Kondaveedu fort, this tourist attraction has never failed to provide its onlookers with what they desire.

The main fort was built by the rulers of the Reddy dynasty and renovated continuously by those who followed the line of succession. Twenty-one structures have been identified within the Kondaveedu fort. Captured by the Vijayanagara empire Krishnadevaraya in 1516, it was consequently taken over by the Mughal army of Aurangzeb in 1687 and finally taken under the siege of the French colonists in 1752.

Along with the establishment of Kondaveedu fort, the Guntur district also provides its tourists with two other forts on the same narrow hilltop. These forts are situated at the height of about 1700 feet altitude, with the earliest fort of them dating as much back to 12h century. This ancient fort, which is now a historical monument, was once considered as one of the strongest fortresses in the surrounding region. Equipped with an abundance of warehouses, wells, granaries, and huge ramparts, this fort must have served as one of the protected areas for the presiding ruler at that time.

Forts are generally equipped with several entry gates, such as in this one, where both are situated at the opposite ends of the establishment, called the ‘Kolepalli Darwaza’ and the ‘Nadella Darwaza.’ These entry gates are noted to be huge, thus serving as maximum protection in case of any breach in the ancient times, going as long as a three-storied building, with its structure made of granite stone blocks. Historians have also noted the presence of a defence bunker in the fort. Among other surroundings, it is also sheltered by a building as long as 110 meters, which exhibits several inscriptions on itself. This building is known to be built from rock pillars and covered with rock slabs.

Apart from the awe-inspiring view and the ancient history and constructions that Kondaveedu Fort has to offer, it is also accompanied by several places to visit in Kondaveedu inside its premises to attract the tourists. There is an array of pillared halls and temples within Kondaveedu Fort, proving as a captivating attraction point for many tourists. 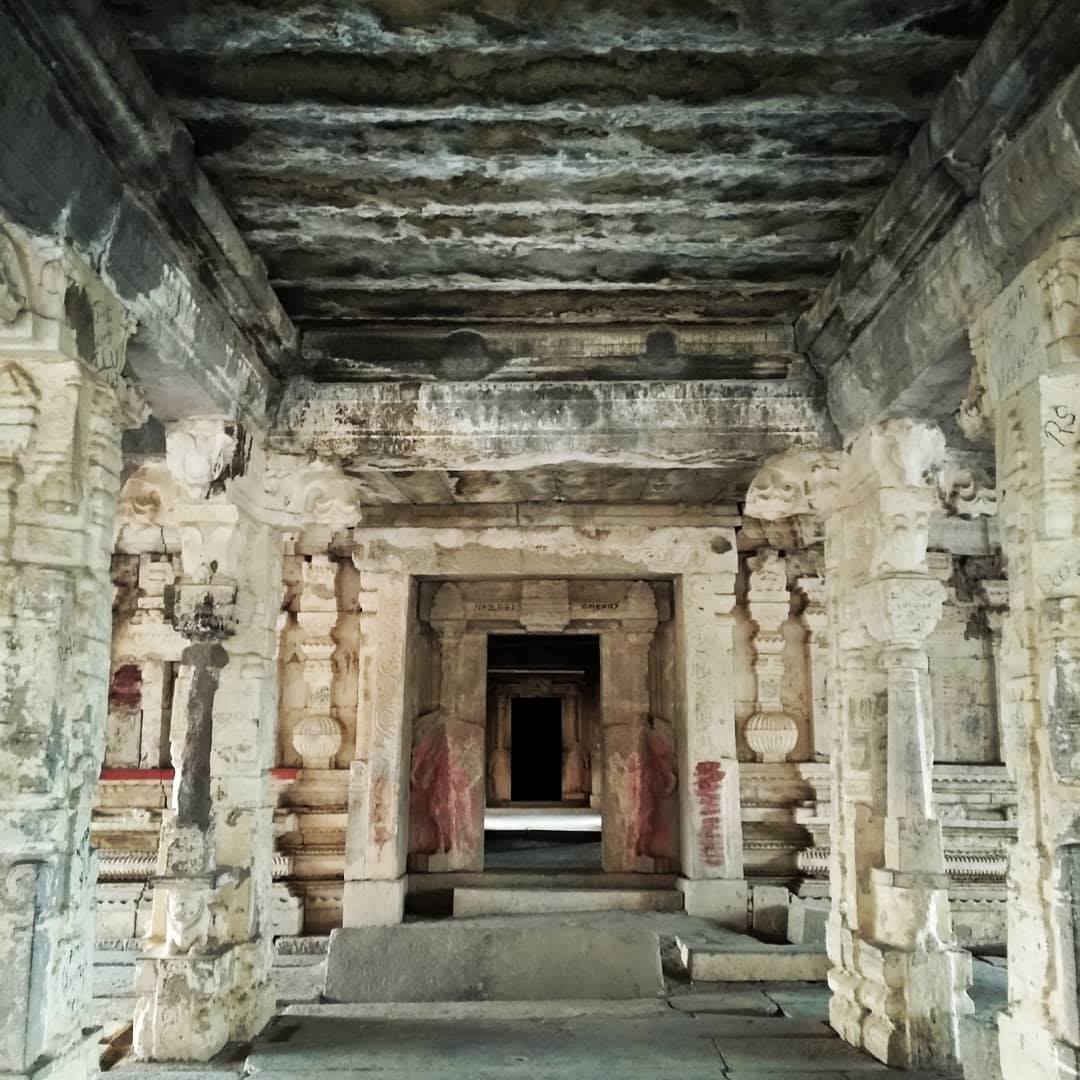 Image Source
Temples such as Trikoteshwara Swamy temple, Gopinatha Temple, and Kathulabave are namely the most famed ones inside the fort and incredibly admired among the nearby residents as well. Historians also note that a mosque was also found inside the fort, which is esteemed to date long back to the time when the temples were built around the fort. The ruins of both places of worship are similar in many contexts.

The remains of a Buddhist stupa were also discovered trapped underneath the ruins of a Hindu temple some time back by the historians in 2019. These last surviving ruins of the stupa are regarded as to the ones built in the Satvahana period – 1st to 2nd century CE.

The Most-Visited Places In Kondaveedu Fort Are: 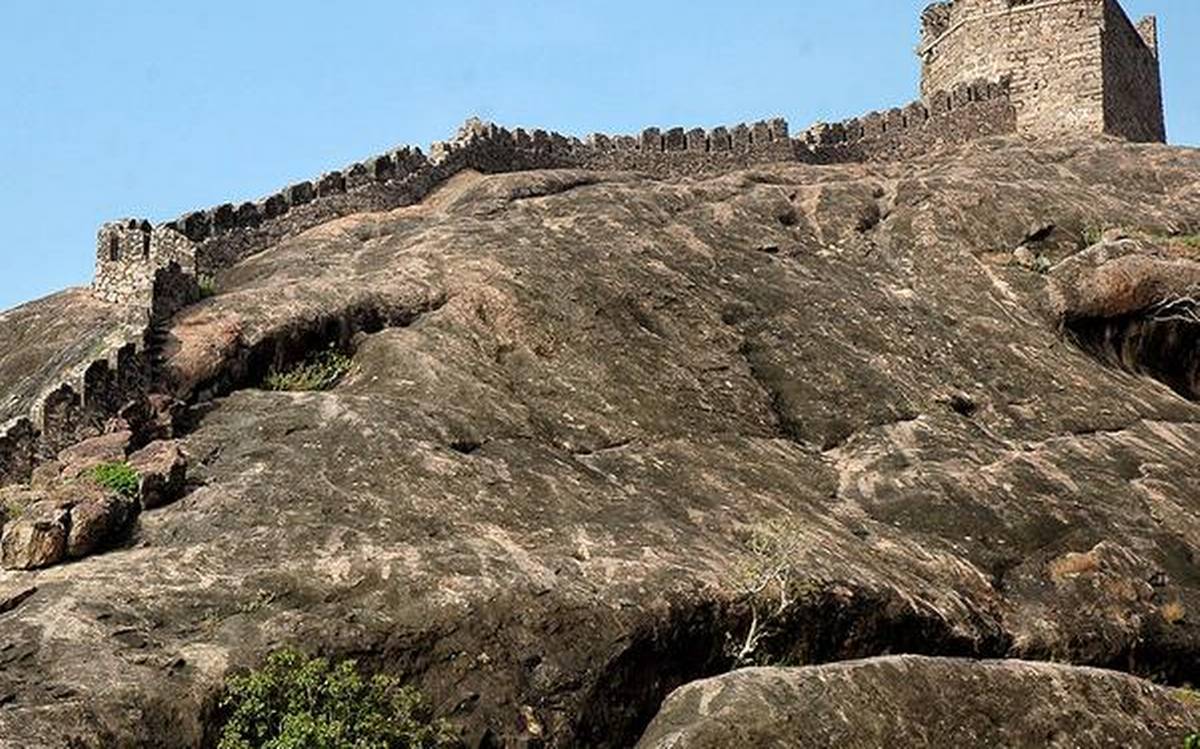 How to Reach Kondaveedu Fort?

Kondaveedu fort is located 4km near to Phirangipuram village on Guntur – Kurnool road. 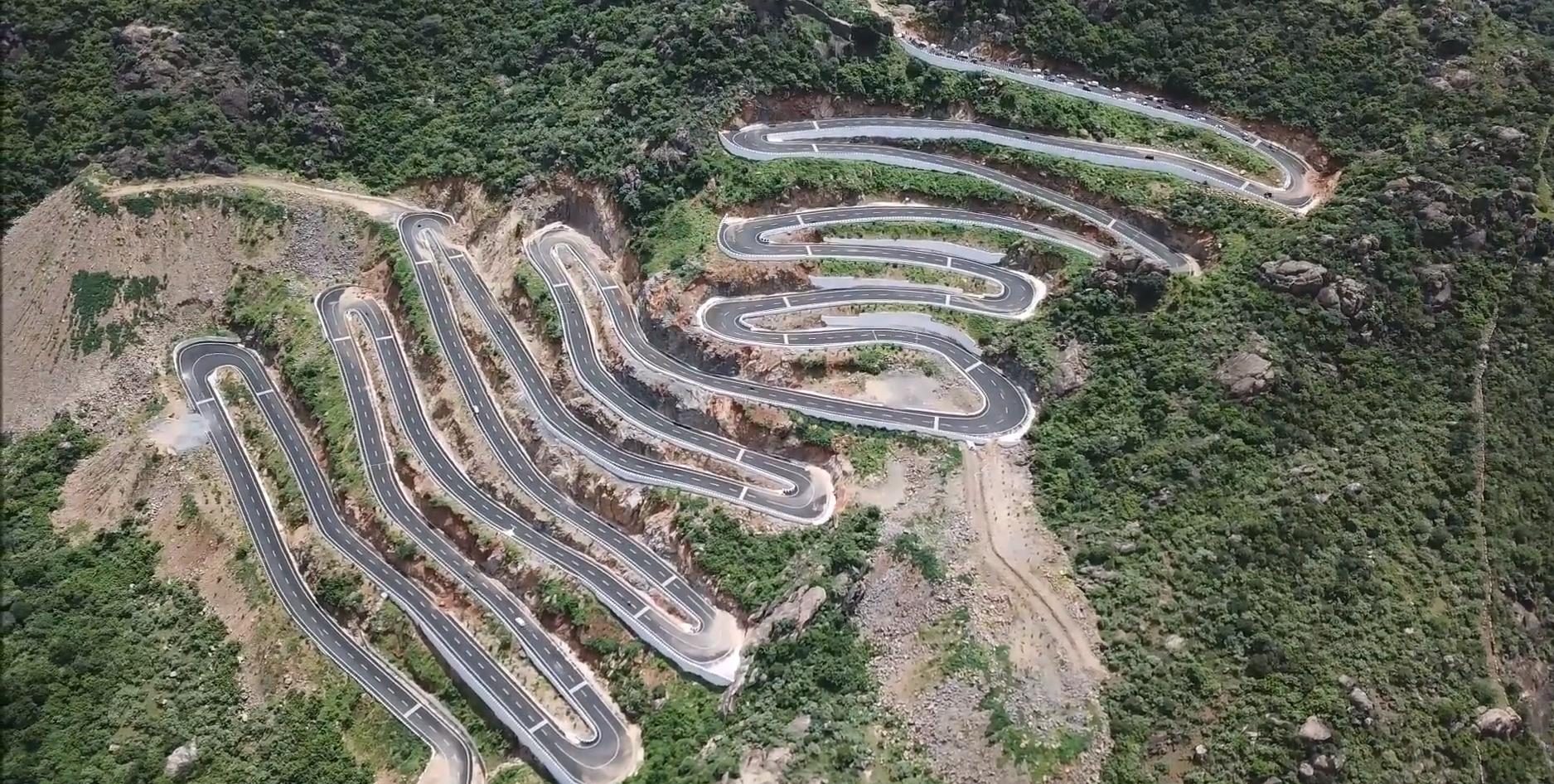 Image Source
One of the most convenient ways to reach this place is by air, and the nearest airport is located in Vijayawada and the other in Hyderabad. If you wish to travel by railway services, the nearest railway station located is Phirangipuram (Guntur – Bangalore line). The nearest bus station to the Kondaveedu Fort is Phirangipuram. You can easily hire a vehicle from these destinations to a direct route to the Kondaveedu Fort, and you may opt for the frequent buses and trains to Phirangipuram from Guntur and Narasaraopet town (29km) available.

The nearest place to stay from Kondaveedu Fort is a chain of luxury hotels available in Guntur, Vijayawada cities, according to your budget. For easier access to other tourist places near the Kondaveedu Fort, stay at Narasaraopet town. Due to the tendency of this place to become hot and humid during the summer season, the best time to visit Kondaveedu Fort is the winter months. 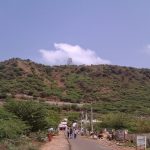 Visit Guntur: 8 Amazing Places to Visit in the Land of Chillies (2023) Previous 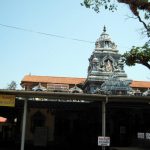 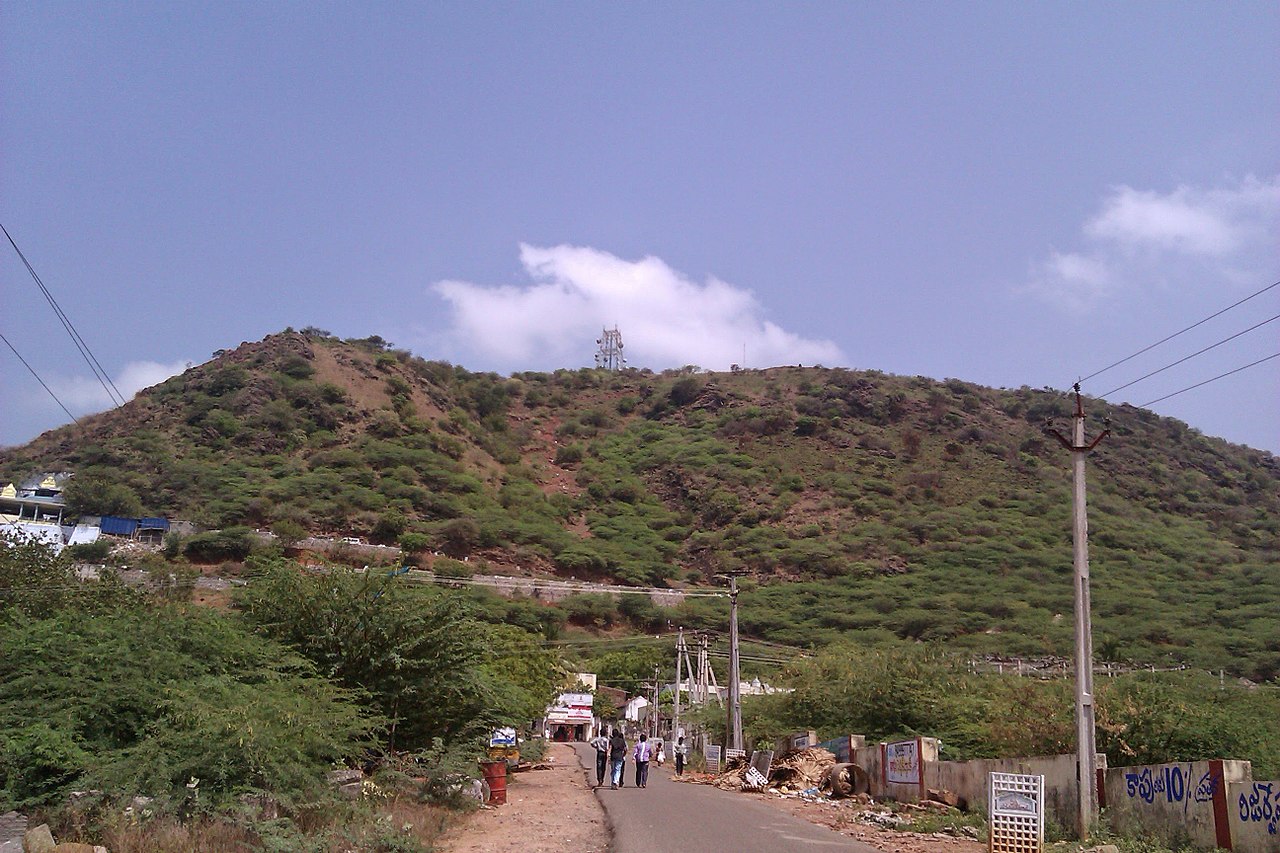 Visit Guntur: 8 Amazing Places to Visit in the Land of Chillies (2023) 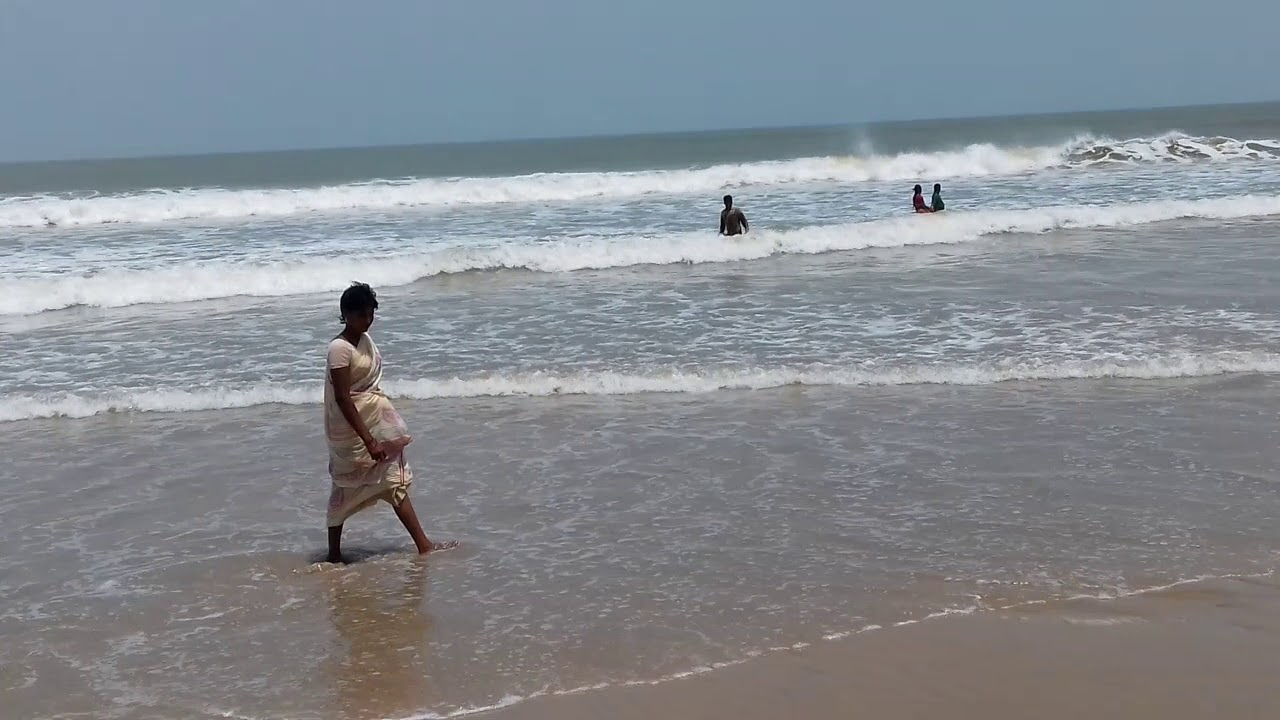