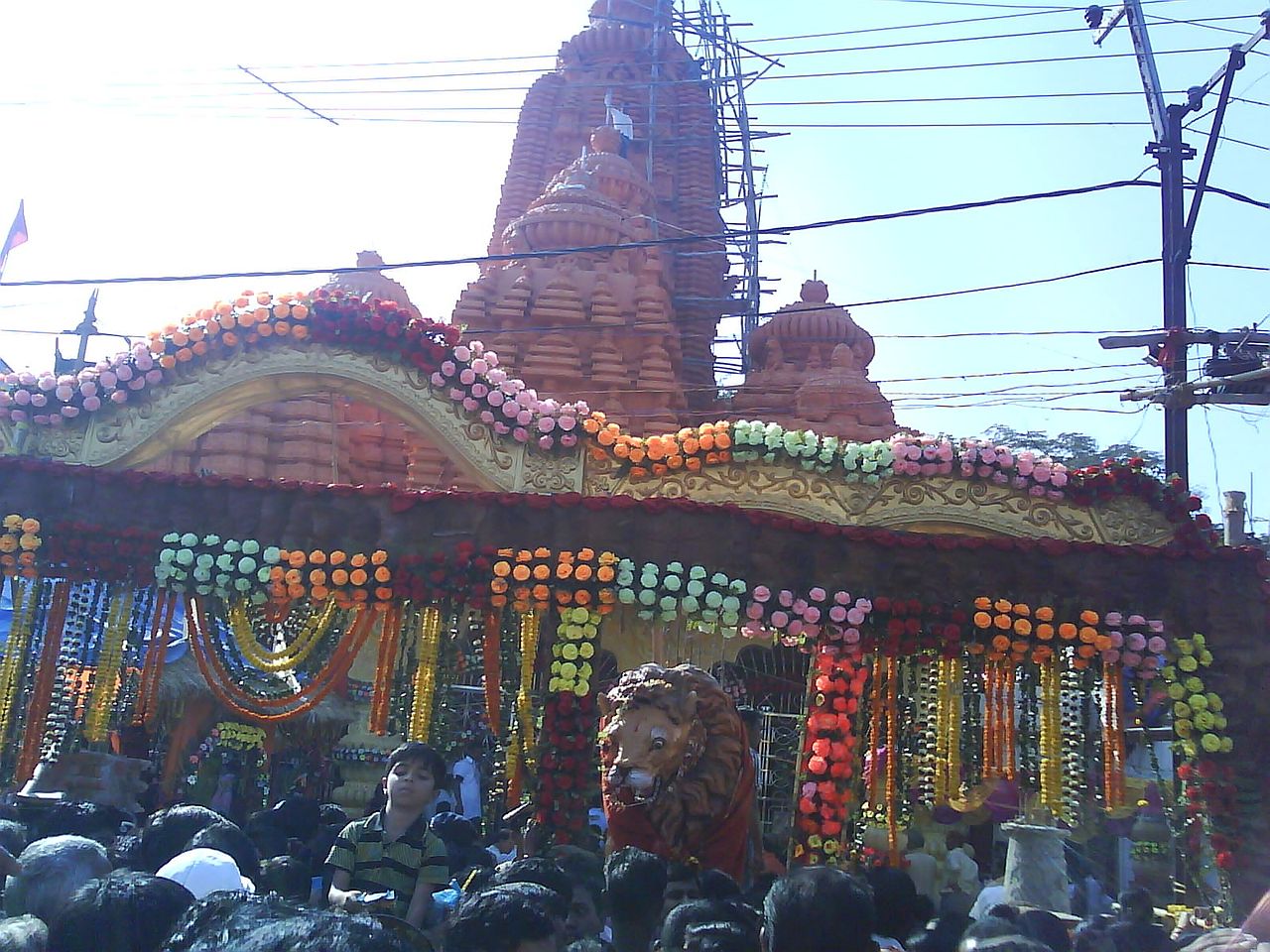 Located in the northern part of Bihar, Darbhanga is an essential town in India. Darbhanga is mainly known to tourists as it is located only 50 km from Nepal, and people usually visit this town to get there. Another reason why this town is so well-known is that it was home to the wealthiest landowners during the British reign in India. The Darbhanga family was quite famous during the said time. Right now, the town of Darbhanga is not rich, but it is politically pretty active. It is considered to be the musical and cultural capital of Bihar. Folk arts and musical forms from the ancient time is still prevalent in the town. As the city of Darbhanga is located at the Himalayas’ foothills, the scenic beauty surrounding the city is quite beautiful.

The famous Maithili poet Vidyapati was from Darbhanga. Reaching Darbhanga is relatively easy if you are traveling through the train. As the Darbhanga railway station is connected to major Indian cities, reaching there will not be a problem for you. If you plan to fly down then you will have to travel to Patna which is the nearest airport. You will reach Darbhanga from Patna within three to four hours by renting a car. There are many exciting places located in Darbhanga. By studying this blog, you will get to know about those places pretty quickly.

Apart from the tourist spots, while visiting Darbhanga, you must also indulge yourself in some shopping. Darbhanga is the best place to buy Maithili paintings. You will find many shops out there that will sell you gorgeous Maithili paintings at affordable prices. There are some excellent hotels located in the town. Hence, staying there will not be a problem for you. So, without wasting any more time, start planning your trip to Darbhanga right now.

If you are a spiritual person, you will find the following sight-seeing destination in Darbhanga quite interesting:

Ahilya Sthan is an essential part of Indian mythology. You will learn about this place in Ramayana. The site is located in the Ahilya Gram of Darbhanga, and it is dedicated to the wife of Gautam Rishi named Ahilya. While visiting the spot, you will see the temple where Ahilya was turned to a stone. According to mythology, Rishi Gautam cursed her wife and turned her into the stone. But it is believed that she turned into her usual self after Lord Rama stepped on the stone. As the temple is located quite close to the Kamtaul railway station, many people prefer to visit there. 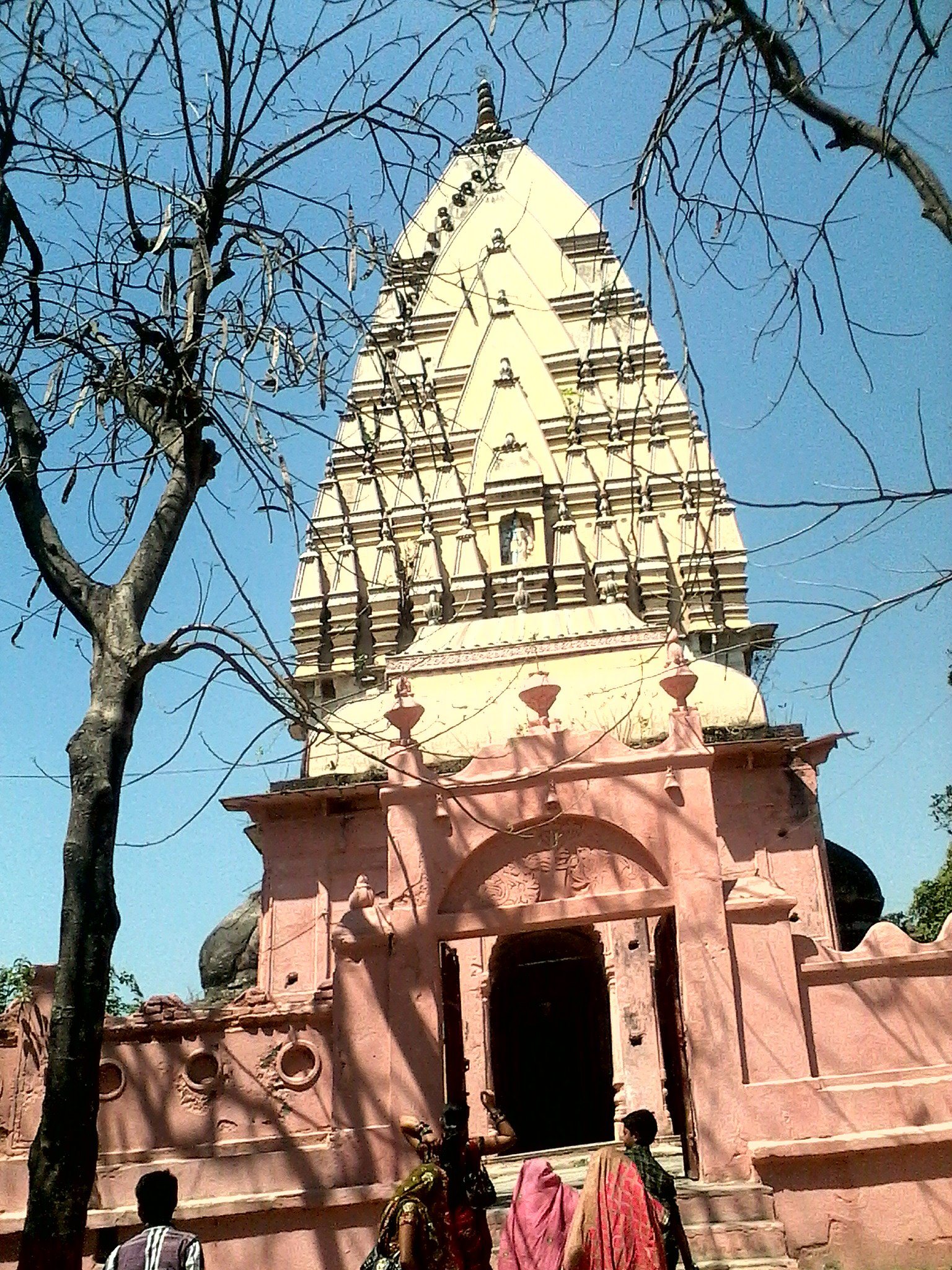 If you visit Ahilya Sthan from late March to early April, you will see the festival of Ram Navami celebrated over there. The entire temple is decorated, and people from different places visit there during that time.

The distance of Ahilya Sthan to Darbhanga: 26 km.

Founded in the year 1933, the Shyama Kali temple is one of the most important religious places for Bihar’s Hindu community. The temple was built by the Lalit Narayan Mithila University and is locally known as ‘Shyama Mai.’ In the month of the temple, several tourists flock the temple premises as the Shyama Mai festival is held during that time. The entire complex of the temple has six temples in total, and it is believed they were built on the ashes of the Maharaja of Darbhanga. As the entire temple complex is surrounded by the lush greenery of beautifully landscaped gardens, the temple’s scenic beauty is quite good.

The temple is dedicated to Goddess Kali, and people believe she grants the wishes of those who pray in the temple with belief. As the complex is located quite close to the Darbhanga railway station, you will have no problem reaching it.

The distance of Shyama Kali temple to Darbhanga: 2 km.

Located by the banks of the Mansarovar lake, the Chandradhari temple is a great place to know about the region of Darbhanga and Bihar. In the museum, you will get a lot of information regarding the various ages. The building was constructed in 1957, and it has 11 galleries. You will get to see different artifacts, statues, and costly jewels and gems in the galleries. You will also get to see the paintings based on Ramayana and Geet Govinda in the museum’s different galleries. 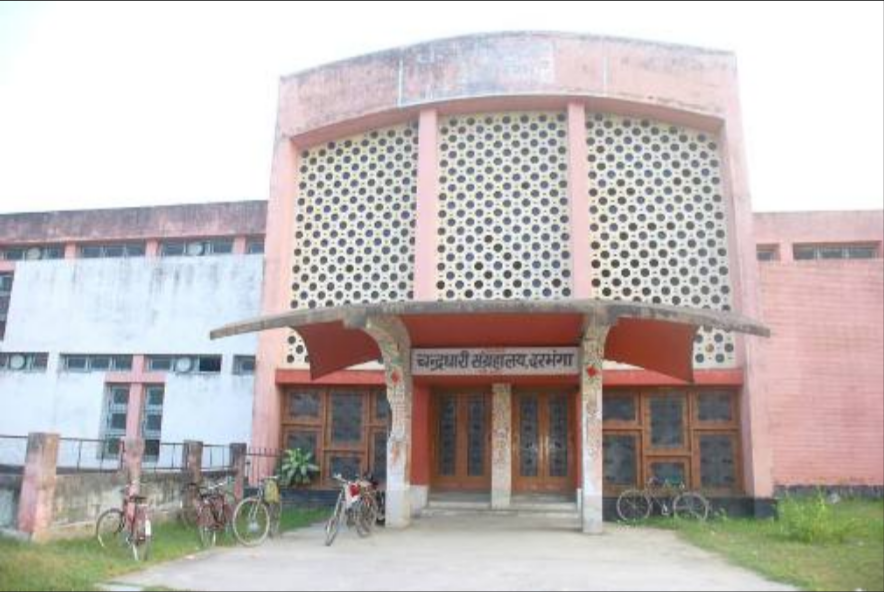 Apart from the statues of Lord Buddha, you will also get to see statues made of brass from different regions of Nepal and Tibet in the museum.

Home to one of the most famous Zamindars of British India, the Darbhanga fort was the Darbhanga Royal Family residence, and it was constructed between 1934 to 1947. This gorgeous fort is one of the best places to see in Darbhanga as it is historically significant and has a gorgeous ambiance. As mango trees surround the entire fort, you will feel pretty cool while entering the building. The shadow of the mango trees protect the fort from the harsh sun rays. Even now, some ancestors of the royal family still reside inside the premises of the Darbhanga fort, but the glitz and glamour of the bygone era are not present. 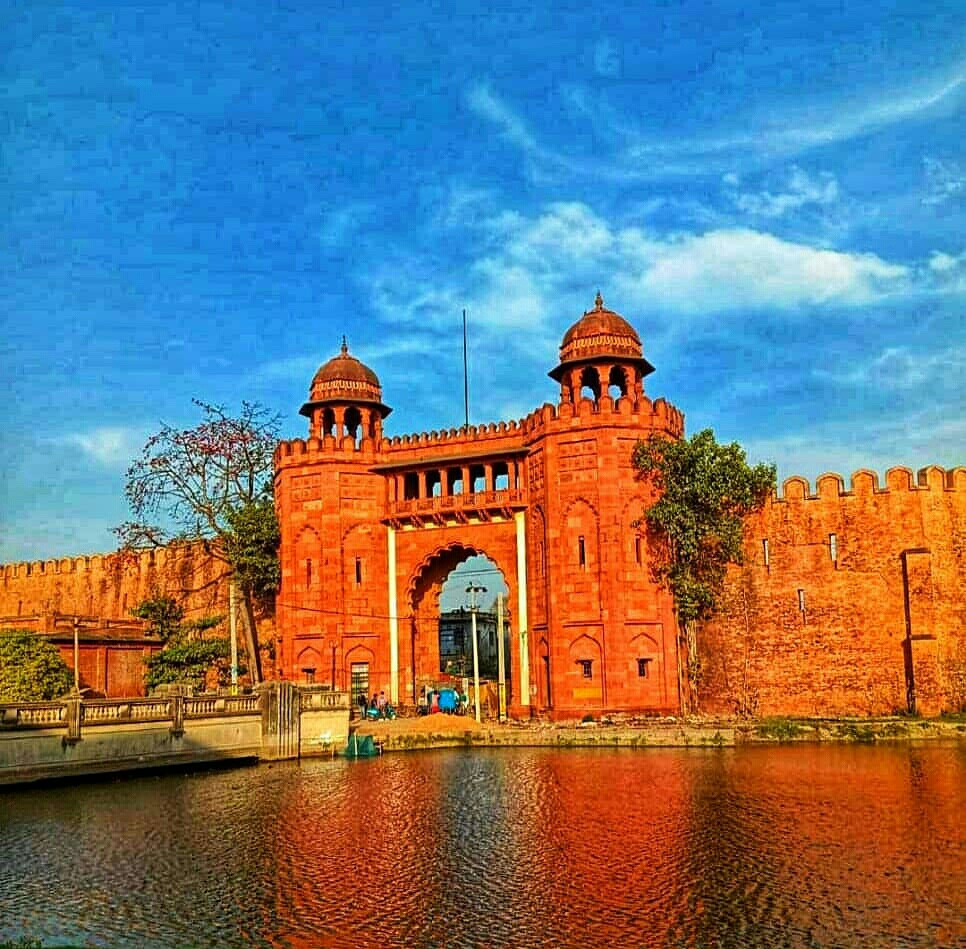 Originally Darbhanga fort was called Raj Qila, and it resembles the Fatehpur Sikri. While exploring Darbhanga, you must visit this beautiful fort. It represents the rich history and grandeur of the royal bloodline quite vividly.

If you are an avid wildlife and bird lover, the Kusheshwar Asthan Bird Sanctuary will be a fantastic place for you in Darbhanga. The Kusheshwar Ashtan block is such a place in Darbhanga that it is waterlogged for most of the year due to heavy rainfall. That is why these wetlands become home to some of the most endangered species of birds globally. Even though the block constitutes 14 villages, it is flocked by gorgeous birds during the winter. If you visit there during the winter season, you can be lucky enough to witness up to 15 different birds species. Some of the most famous birds to visit the sanctuary are the Dalmatian Pelican, Indian Darter, Siberian Crane, Bar-Headed goose, and many more. We would recommend you visit the bird sanctuary between November to March. During this period, your chances of witnessing the exotic birds will be much more. 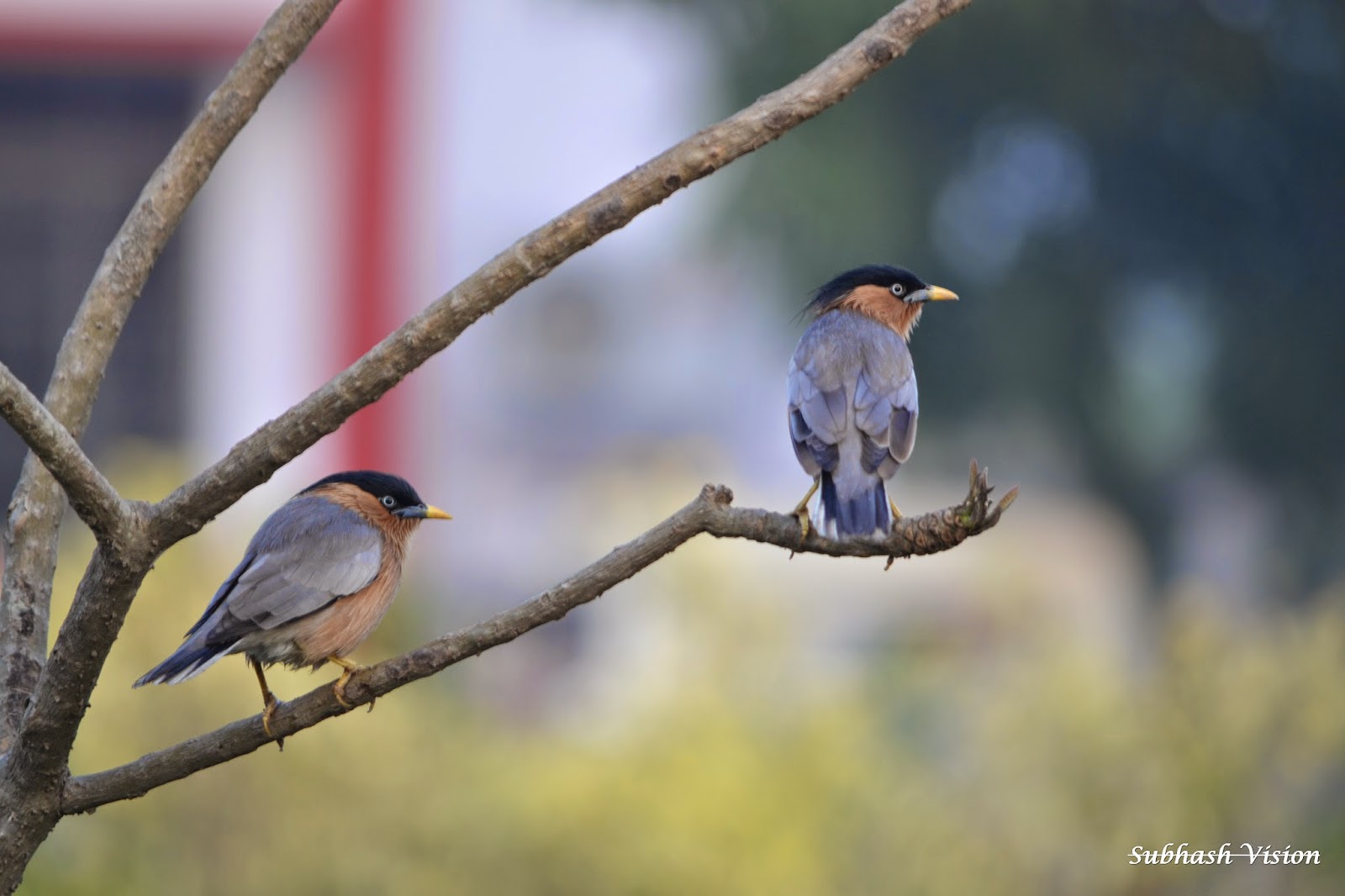 All the 14 villages have been under Wildlife Protection Act since 1972. The entire area of the sanctuary is around 7019.5 acres. Apart from the sanctuary, it would be best if you also remembered to visit the Kusheshwar Shiva temple, which is located over there.

Located by the bank of the river Adhwara in Darbhanga, Fulwari is a beautiful orchard that was founded by the Darbhanga dynasty. The orchard is located quite close to the Kadirabad area of Darbhanga and is immensely beautiful. If you want to explore the life of familiar people in Darbhanga, you must also visit the Chatariya village. This village was known initially as Purushottampur and is extremely beautiful. As the gorgeous Choti Bagmati river surrounds this village, the scenic beauty surrounding it is quite mesmerizing. 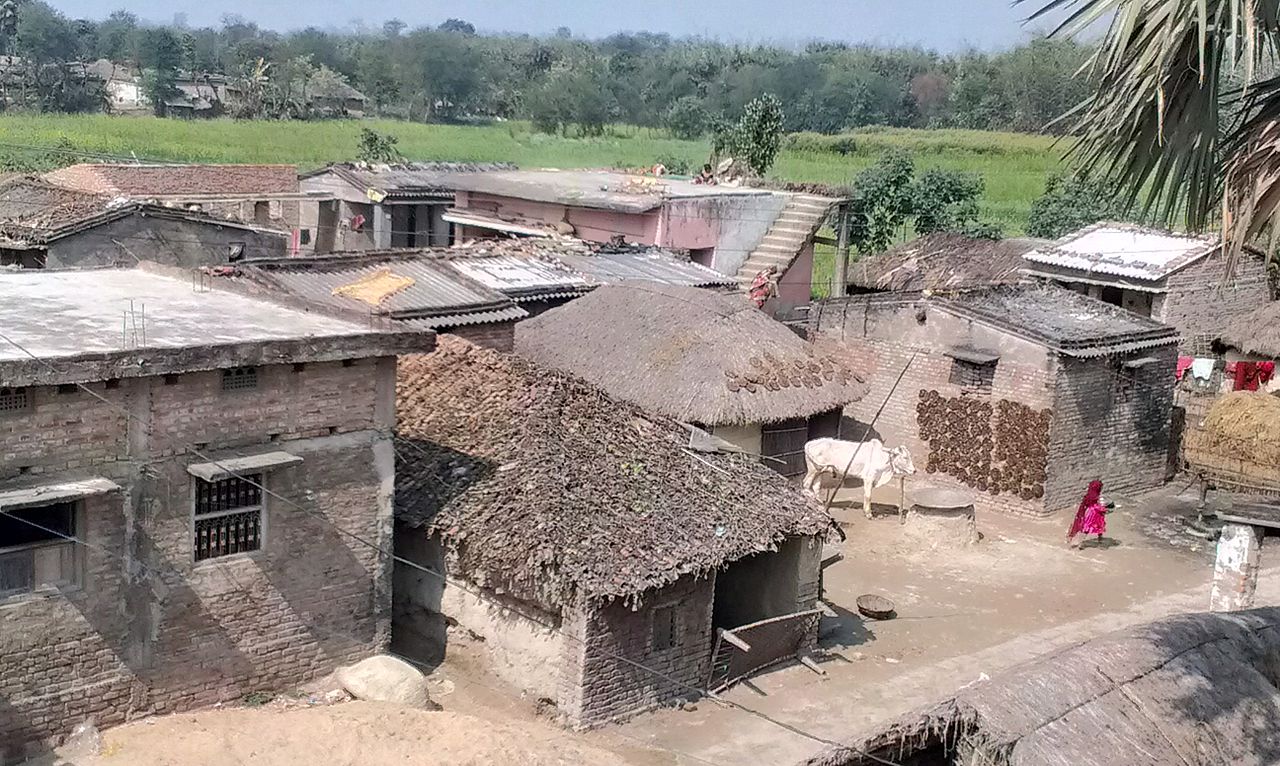 It would be best if you also visited the village Bhapura in Darbhanga as it is the birthplace of the famous Maithili Brahmin, ‘Gonu Jha,” who was the court poet of King Shiv Singh.

Rajnagar is located 40 km from Darbhanga. You will be able to reach there quite easily within an hour and a half by hiring a cab from Darbhanga. There are several historic structures located in the town. Even though some of them have been destroyed over time, you will still be able to see some exciting constructions over there. Many places were destroyed due to the infamous earthquake of 1934.

Places like Hanuman Mandir, Girza Mandir, Rani Ghar, Naulakha, Rani Pokhara, Shiv Mandir, and others are some of the historically significant places located in Rajnagar. While exploring there, do not forget to visit the Kali Mandir. It is a gorgeous temple created with white marbles in the year 1929. Even though the Rajnagar palace has been mostly destroyed, you can still see some ruins of it. 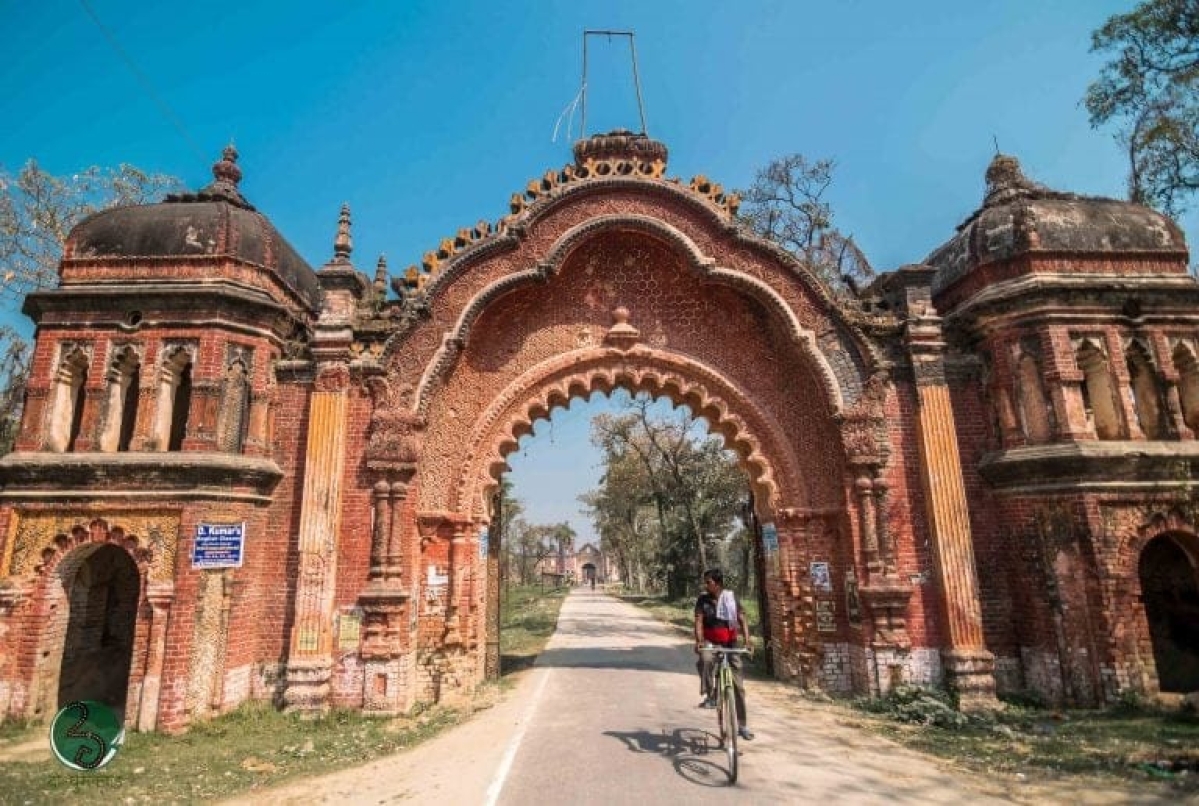 Darbhanga is not an immensely popular tourist spot, but it is a pretty exciting place. The best part about visiting this town is that you will not have to feel crowded among a sea of travelers. If you want to spend a few days in a small yet historically significant Bihar town, Darbhanga is an excellent place for you. We have tried to include all the important places in Darbhanga so that you will not feel lost while planning your itinerary. So, have a safe and happy trip! 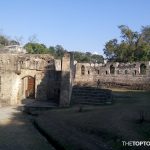 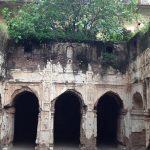 Visit Bahadurgarh Fort in Patiala: History, What to See, Best Time to Visit, How to Reach, Best Foods to Try (2023) Next