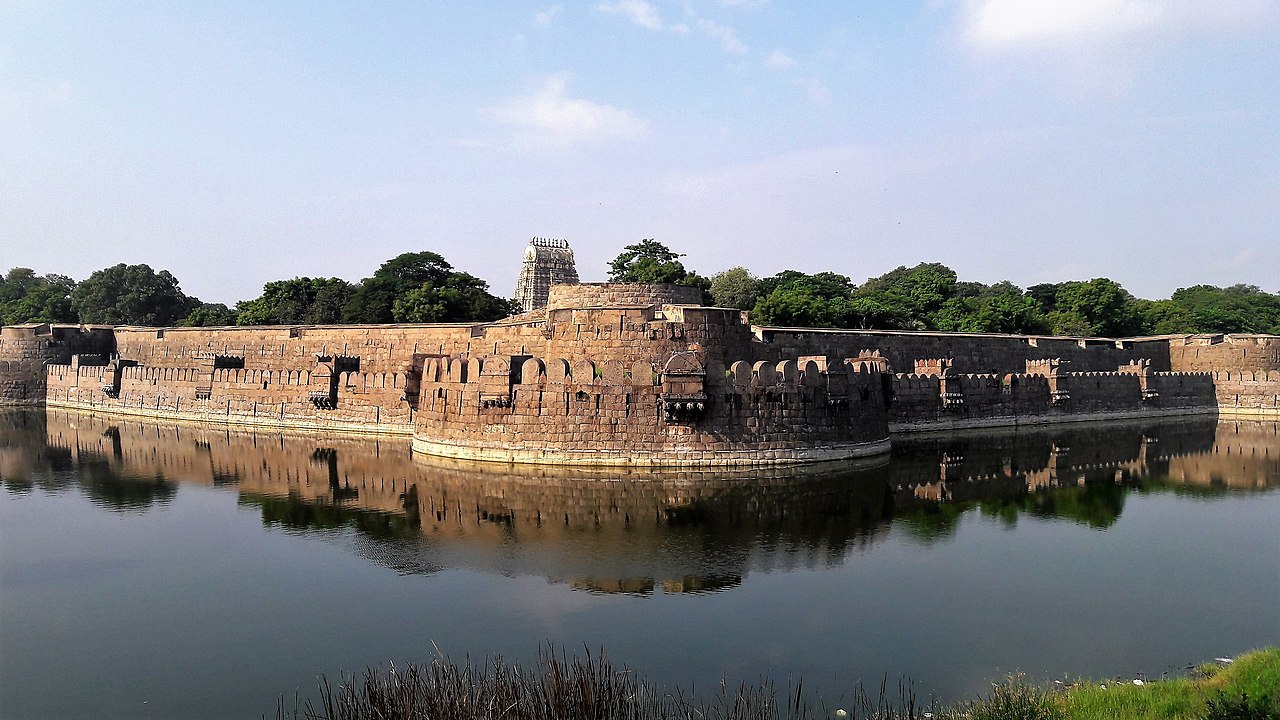 Vellore is a popular tourist destination in the state of Tamil Nadu. This beautiful city is located on the banks of the Palar River towards the northeastern part of Tamil Nadu. Vellore is connected to most of the major southern cities, including Chennai and Bengaluru. So what is Vellore famous for? While Vellore is perhaps most famous for being home to the Christian Medical College and Hospital and the Vellore Institute of Technology, the city is also one of the largest leather exporters of India. This ancient city is known to have been a prosperous and famous destination from the olden days itself as the Pallavas, the Cholas, the Vijaynagar Kingdom, the Carnatic Empire, and even the Britishers made Vellore into a major trading hub.

Having been ruled by so many different rulers, Vellore is today known for its mixed and unique cultural and historical heritage. The Vellore city is famous for the grand and majestic forts, ancient royal temples, and many natural wonders. Here are some of the best places to visit in Vellore.

One of the most famous tourist spots in Vellore is the Vellore Fort. Who built the Vellore Fort? Well, according to the historical records maintained by the city, the Vellore Fort was built in the 15th century by Channa Bommi Nayaka and Thimma Reddy Nayaka. Vellore fort is one of the best and most glorious examples of military architecture throughout South India.

Both the architects of the Vellore Fort were Chieftains under the reign of Sadashiva Raya, who was the ruler of the Vijayanagara Kingdom during that time. The Vellore Fort is known to be one of the most unique forts in India. Spread over an area of 500 meters and located at an altitude of 220 meters, the fort is situated right in the heart of Vellore city. There is a massive moat at the entrance, where over 10,000 crocodiles used to swim in the earlier days.

What are the major attractions inside the Vellore Fort? Inside the premises of the Vellore Fort, there is the mesmerizing Jalakandeeswarar Temple, which is known for the beautifully intricate carvings done on all its walls. The architecture of the temple is a marvel in itself as it is built in the typical Dravidian style of architecture.

There is also a St. John’s Church built in the year 1846 by the East India Company located in the premises of the Vellore fort. A mosque built-in 1750 is also contained inside the premises of Vellore Fort. Apart from the three religious institutions, there is also a museum of the Archaeological Survey of India inside the fort that showcases the history of the Vellore Fort and the Vellore city in general. The Tipu Mahal and Hyder Mahal inside the fort are out of bounds for visitors.

The Jalakandeswarar Temple is located inside the Vellore Fort premises. This grand ancient temple is dedicated to Lord Shiva. Built-in the Dravidian style of architecture, the temple complex houses an intricately carved stone pillar. Such intricate engravings can also be found on the entire ceiling of the temple. 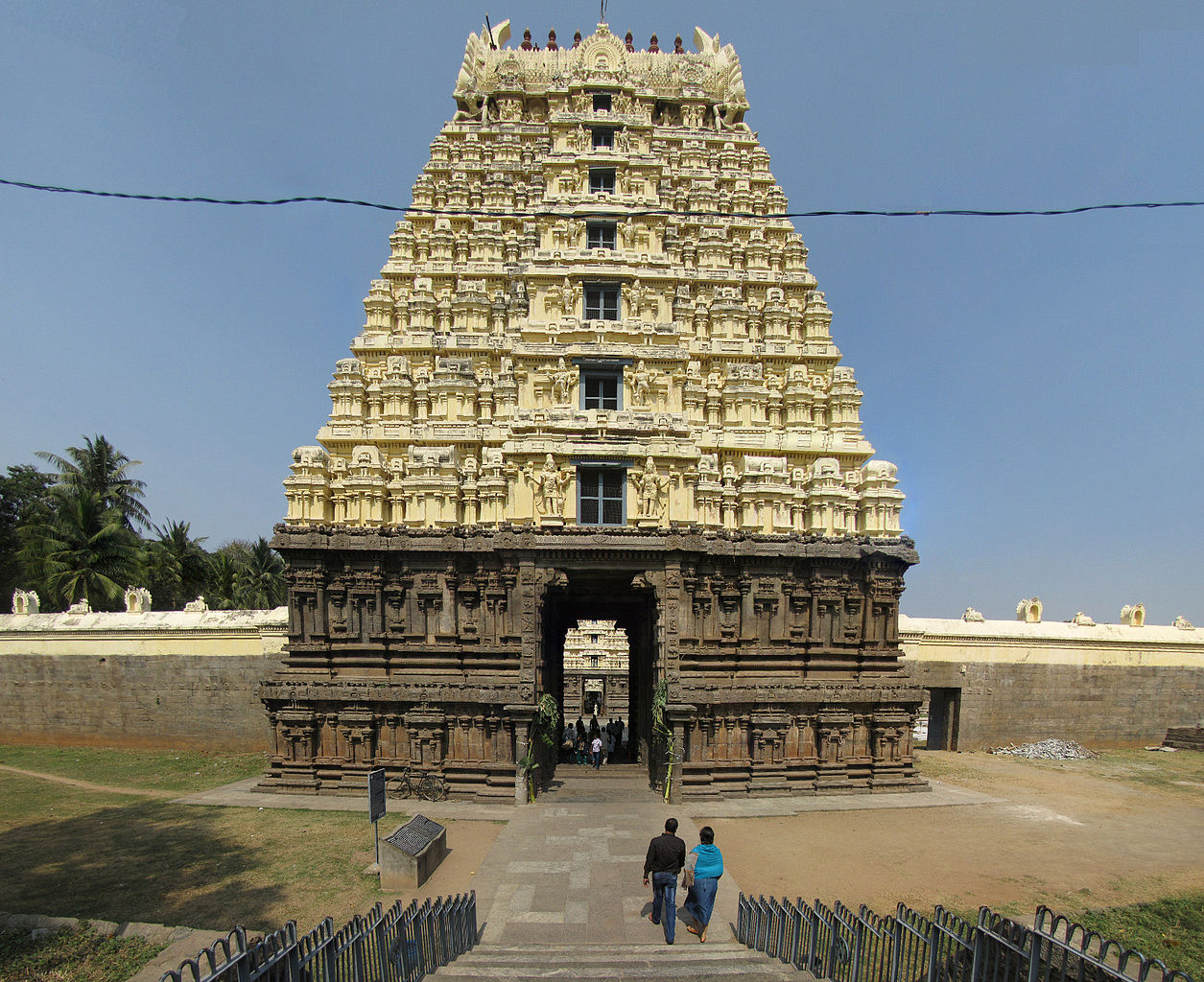 Image Source
Some of the best times to visit Jalakandeswarar temple is during the many major festivals that are celebrated in the temple with great gusto. These include the Chaitra Poornima festival in April/May, Mahashivratri around February, Aadipooram in July/August, Navarathri in September/October, and the Vinayaka Chaturthi in August/September.

The Jalakandeswarar Temple is open from 8 am to 6 pm daily.

The Sripuram Golden Temple is one of the most unique tourist destinations to visit in Vellore. This Golden Temple is indeed a sight to behold. Located in Tiumalaikodi in Southern Vellore, this golden temple sits inside the Spiritual Oasis, which is a spiritual park in Vellore. A stair path leads visitors towards this temple. 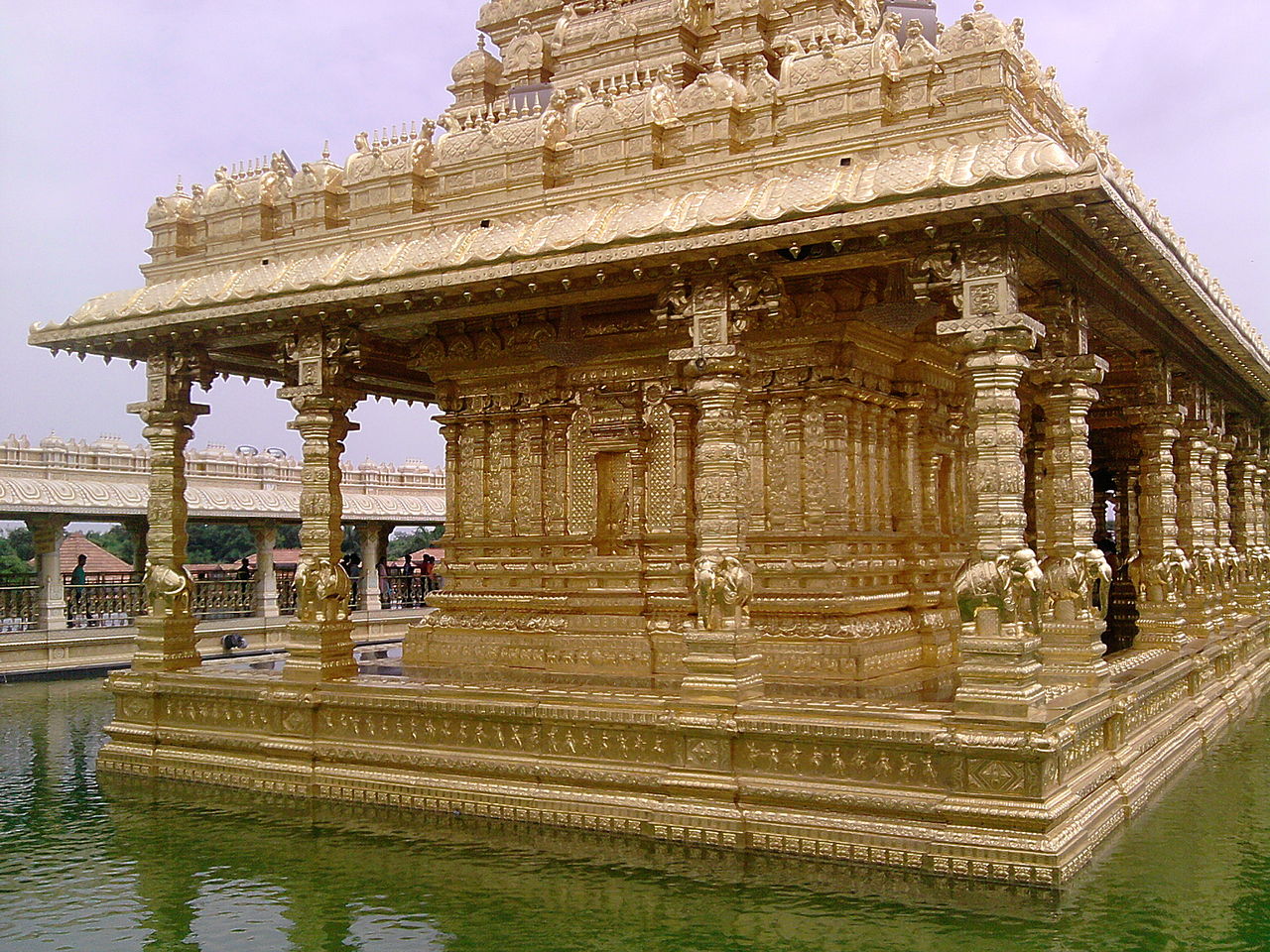 Image Source
Of course, the main feature of this temple is that it is covered in real gold foil, and it is regarded as being the only and biggest temple to have an actual gold foil covering the entire temple.

The inauguration of the Sripuram Golden Temple took place on August 24th, 2007. Inaugurated by Narayani Amma, the principal deity of this temple is Goddess Maha Lakshmi or Sri Lakshmi Narayani, the primary Goddess of Wealth in Hinduism.

Another unique feature of Sripuram Golden Temple in Vellore is the sashasra deepam or one thousand and eight earthen lamps that are used to perform a special ceremony in the temple every morning and evening. Devotees come here from all over Tamil Nadu to visit this holy temple and the beautiful natural park inside which the temple is situated.

The Golden Temple of Vellore can be visited any day of the year as the temple administration keeps the temple open 365 days a year. The general visiting time of the temple is from 8 am to 8 pm every day. The special abhishekam with the 1000 lamps takes place between 4 am to 8 am every day. The evening aarti timing is from 6 pm to 7 pm.

There is no entry fee for entering the park or the temple. 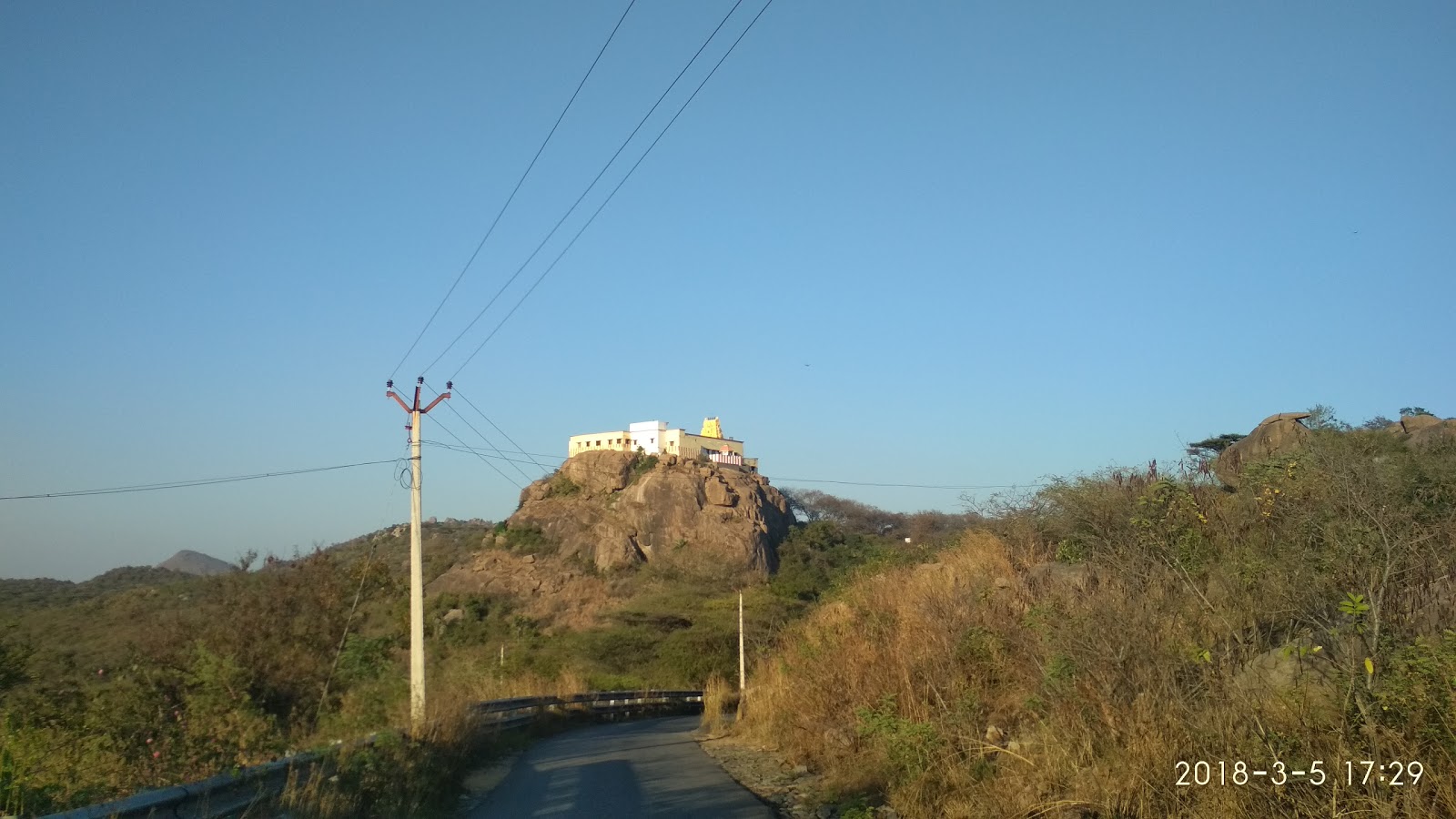 The best time to visit Palamathi Hills is from October to March when the weather is pleasant, and you can try out the trekking routes in the area to explore the beauty of the surrounding forests and lake.

The lush greenery of the Palamathi Hills is home to many indigenous species of birds and animals, making it ideal for nature lovers.

There are many recreational activities to be done in Palamathi Hills, including adventurous treks, picnics, scenic boat rides, bird watching, and photography.

A tip for visitors – wear sturdy footwear, especially if you are planning to trek in these hills, and be aware of the sharp twists and turns on the steep hilly road that takes you to the Palamathi Hill.

The Tipu and Hyder Mahal are two separate and smaller castles located inside the complex of the Vellore Fort. While the Vellore Fort is usually credited to being built by the Vijayanagara Kings, all the other buildings inside the complex, including the Tipu Mahal and Hyder Mahal, are credited to be made by Hyder Ali and Tipu Sultan. They ruled Mysore in the 18th century. 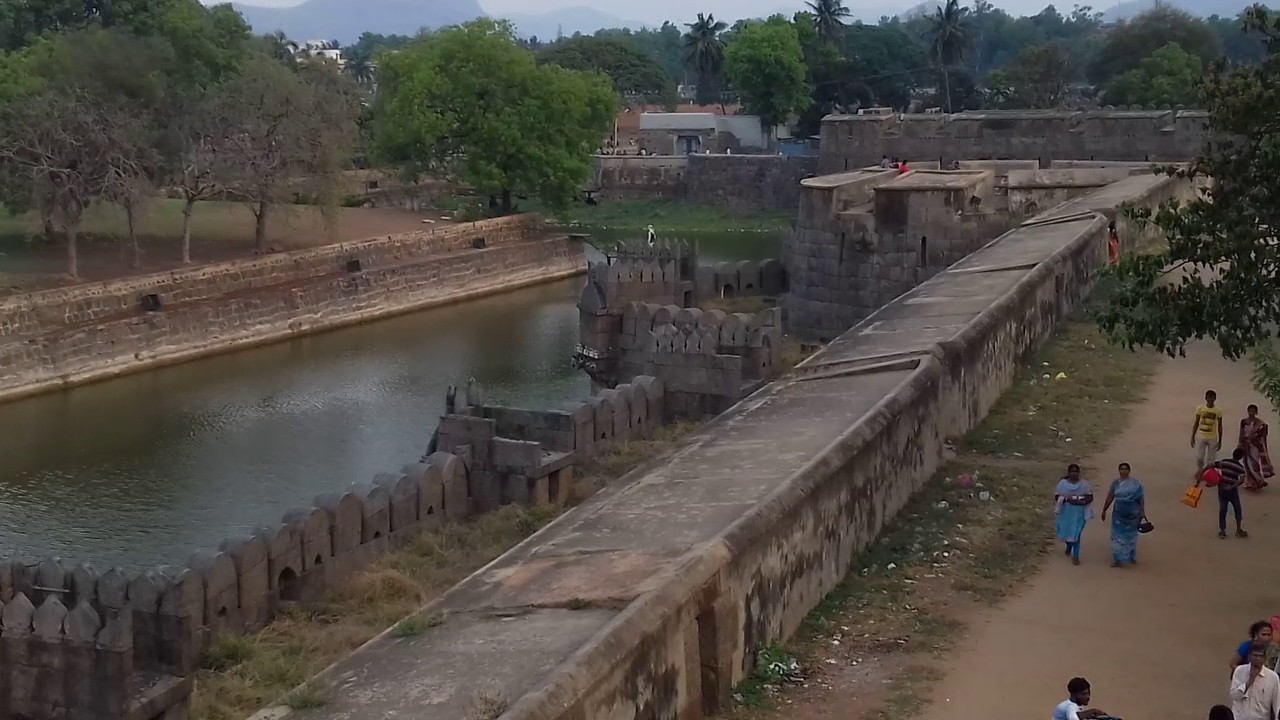 Both these castles have since then undergone decades of neglect, and pollution has also taken its toll on the structures. These palaces are today managed and looked after by the Archaeological Survey of India.

For the last few years, the Archaeological Survey of India has denied entry to visitors to go inside these two palaces, but it is still possible to view them from outside. The Vellore Fort complex remains open from 8 am to 6 pm every day, and you can use this time to look at the fine architecture of these two buildings. According to stories of the locals, these palaces today serve as either a high-security prison or secret government office, which is why they are closed to tourists.

Vellore, the princely city, is one of the lesser-known tourist attractions of Tamil Nadu. The city is witness to the many prosperous dynasties that have ruled here over the years. From the Pallavas to the British, the architecture of the city showcases the changing rulers. The city’s unique cultural heritage is showcased in its royal temples, grand forts, and natural wonders. So the next time you visit Tamil Nadu, make sure to pay a visit to the princely city of Vellore. 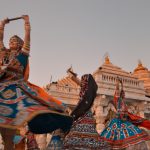 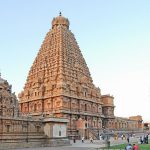 Visit Thanjavur: Is Thanjavur Worth Visiting & What Are The Best Tourist Places In Thanjavur In Tamil Nadu (2022) Next 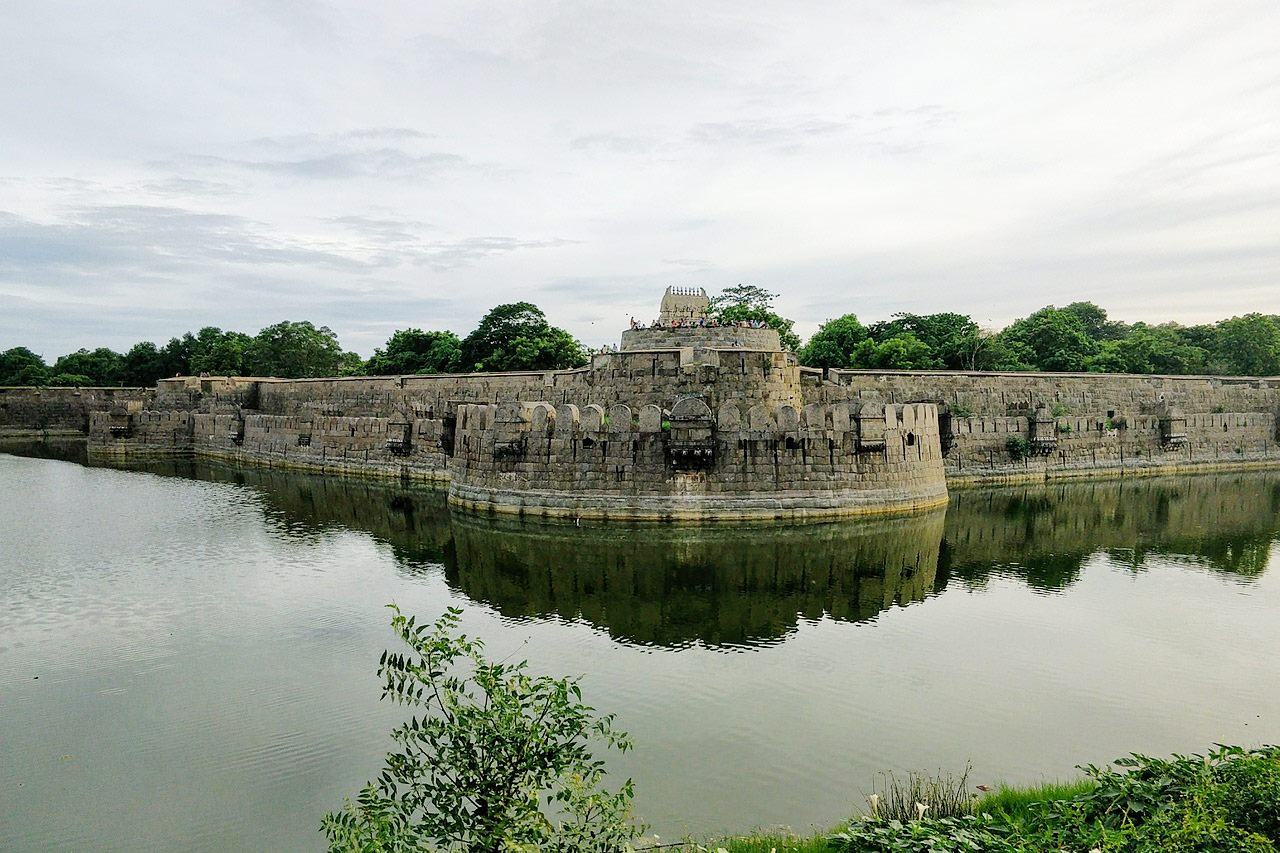 Visit Vellore Fort: The Place Where Tipu Sultan’s Family And The Last King Of Sri Lanka Were Kept As Prisoners In This Fort (2022) 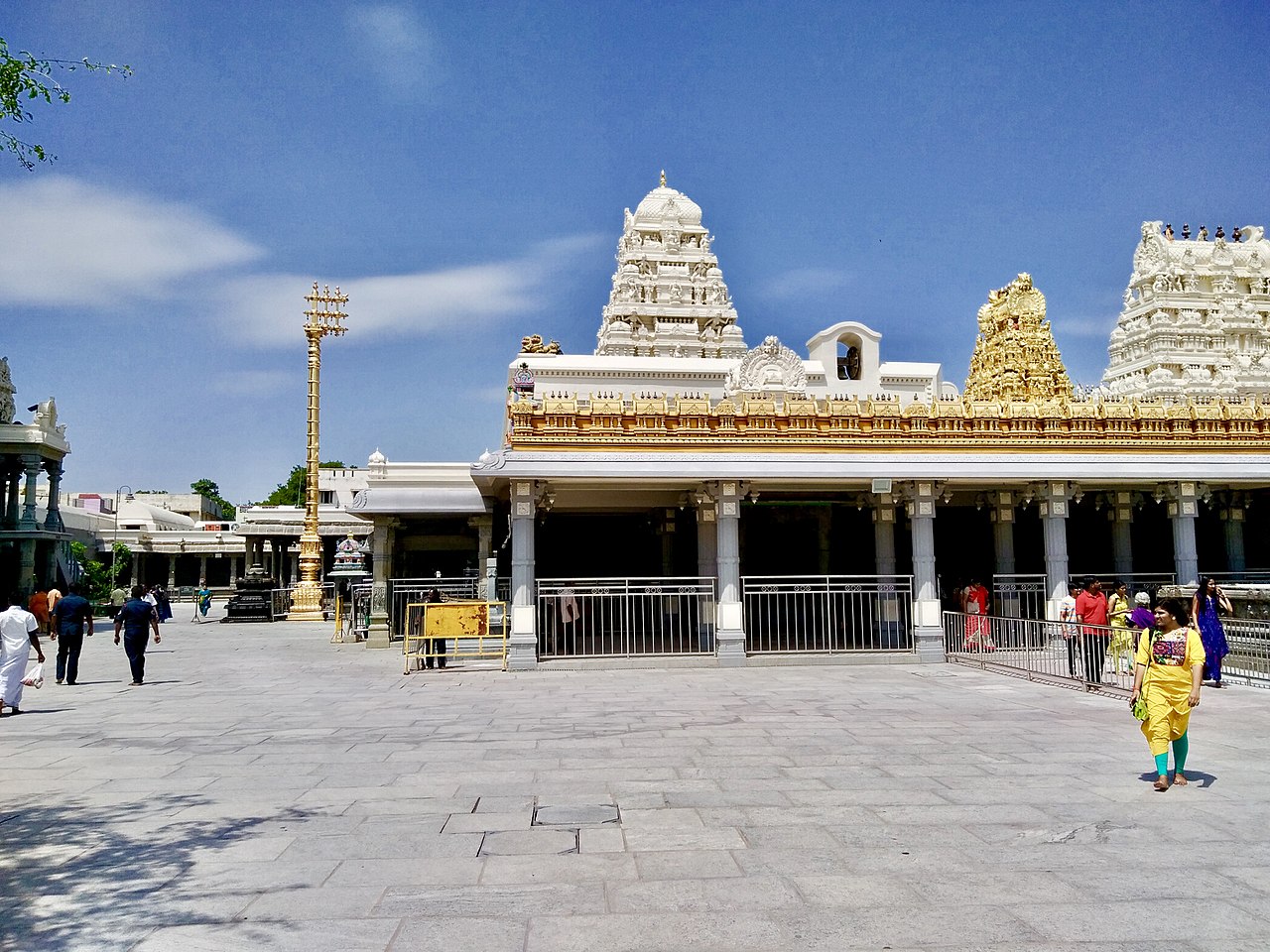