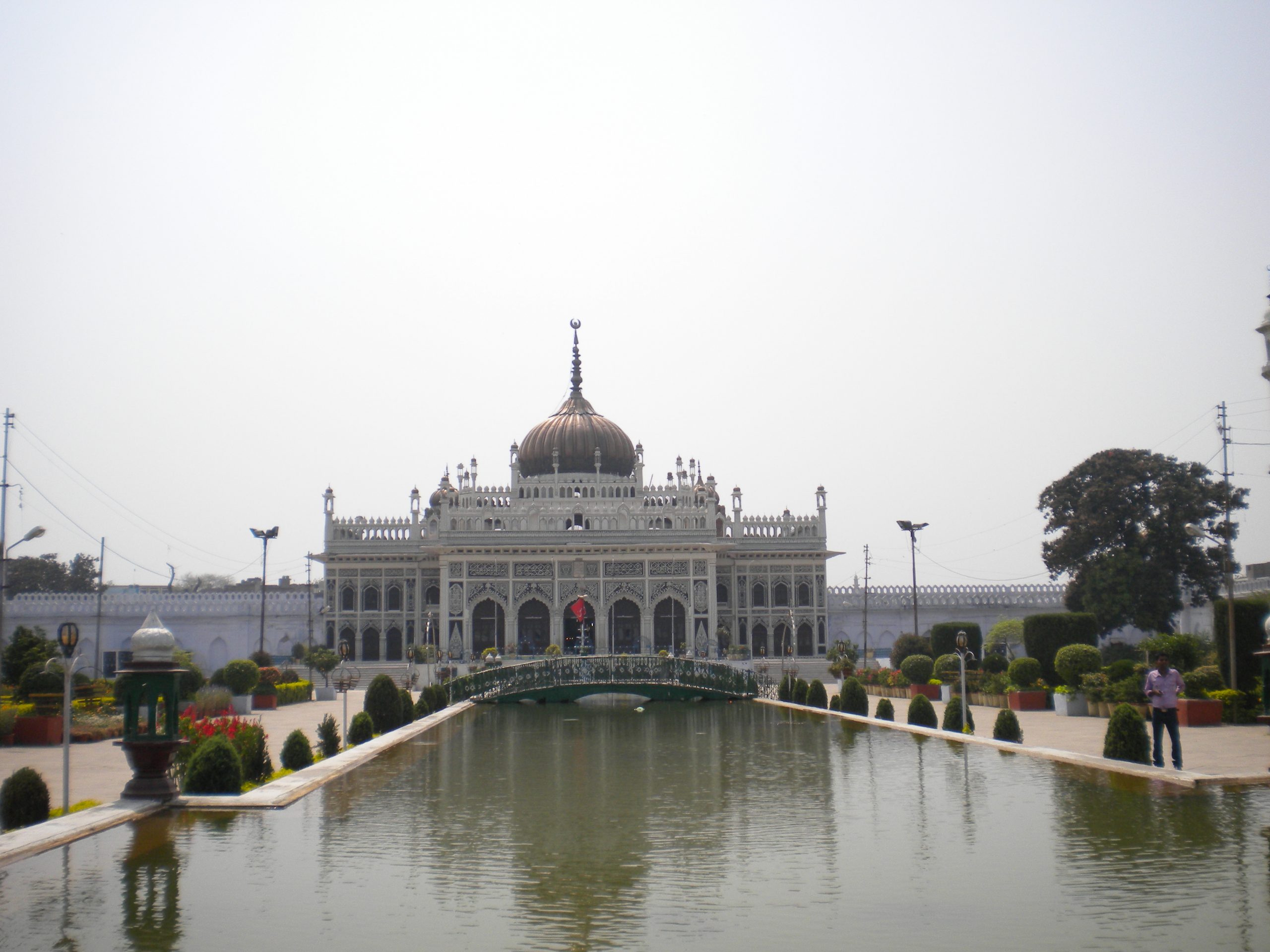 Lucknow, is the sacred city of Tehzeeb, where vintage with the modern shades of our nation meets. Lucknow is well known for the bravery of its Nawabs, and its architectural marvel was followed by a British touch in their structures. Lucknow, the sacred land, on the banks of the Gomti river completes the Uttar Pradesh heritage arc by joining the cities of Varanasi and Agra. We have curated a list of some of the iconic places that are worth a visit when you are touring Lucknow

Bara Imambara is a beautiful monument in the city of Lucknow with shades of history with tradition in those. Bara Imambara, was constructed in the late eighteenth century by Asaf-ud-Daula. This monument is famous, especially for its vaulted chamber which is undoubtedly the largest one the world has ever seen. This one is indeed a masterpiece with the presence of a large mosque, adding to its culture and traditional beauty. Visitors are allowed at day time only to cherish the artworks including an iconic labyrinth and a stepwell. 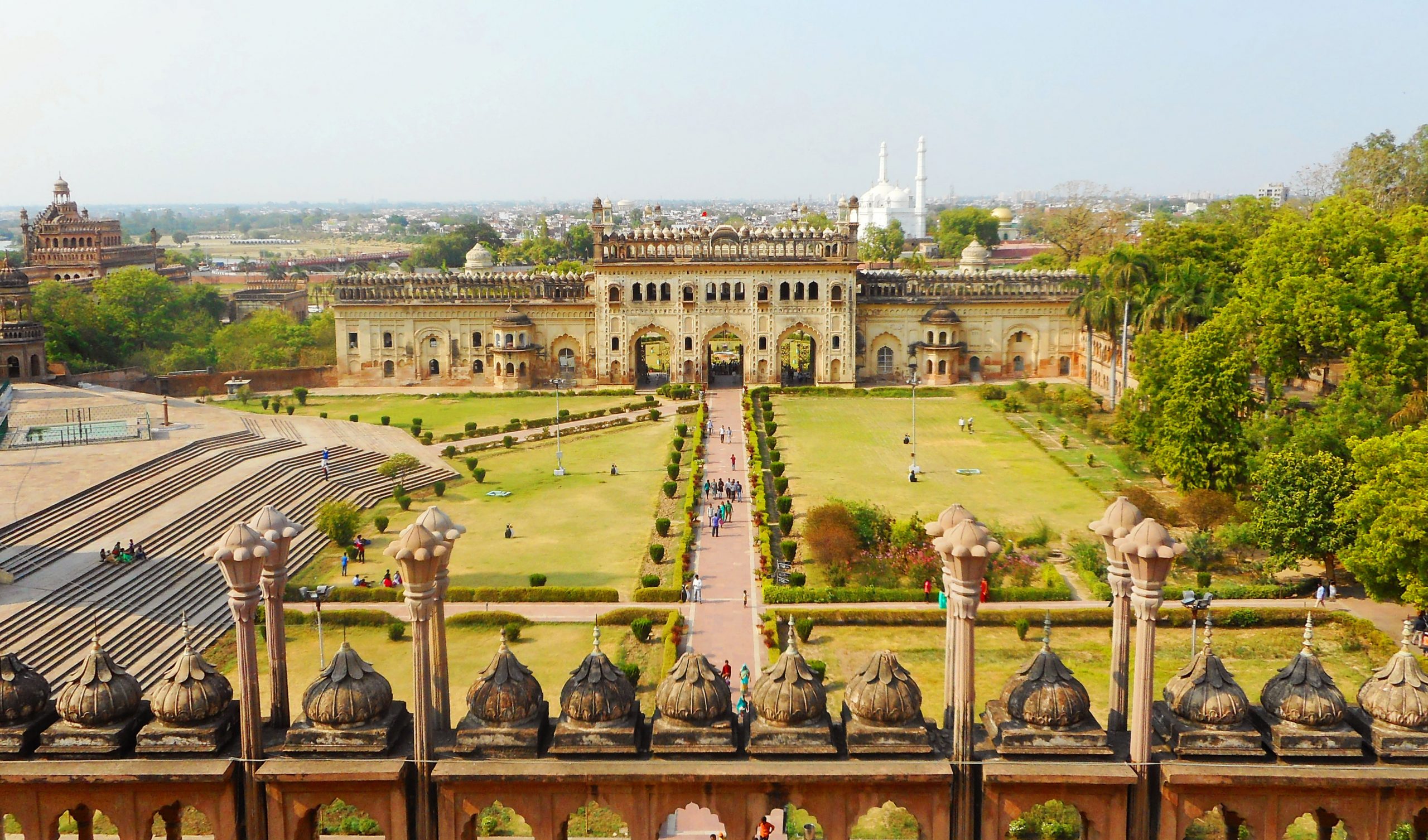 British Residency consists of a set of buildings, which was once the residence of the British governor-general. British Residency was constructed at the last phase of the eighteenth century and served as a safe house for more than 3000 British residents of Lucknow during the 1857 revolution. Even though some parts of the residency are damaged, it’s open to public visits during the day time and is currently considered as an archaeological site under the Indian government and is definitely a place to visit in Lucknow. 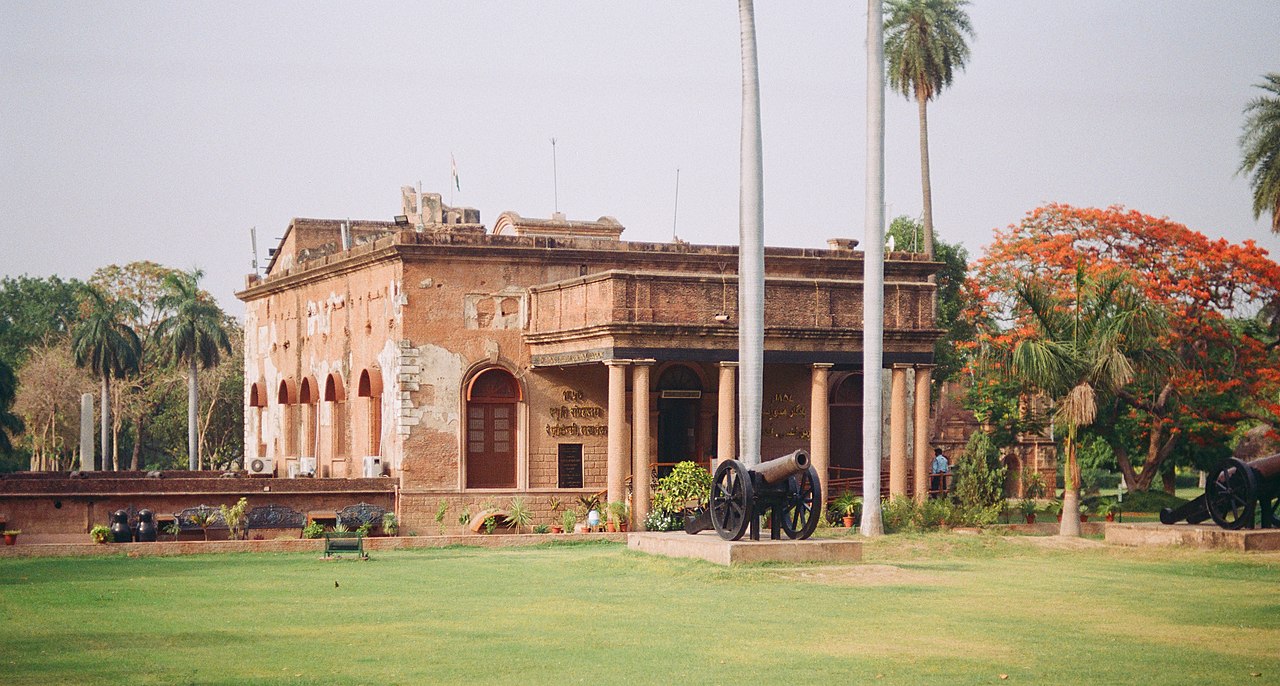 Dilkusha Kothi, is another masterpiece which is a blend of British and Indian architecture and is among the top places to visit in Lucknow. It was a resthouse for the Nawabs of Lucknow, especially during their hunting activities. The river Gomti adds to its serene beauty even in a destroyed form and it doesn’t fail to impress. Dilkusha Kothi is open during day time and the entry is free. 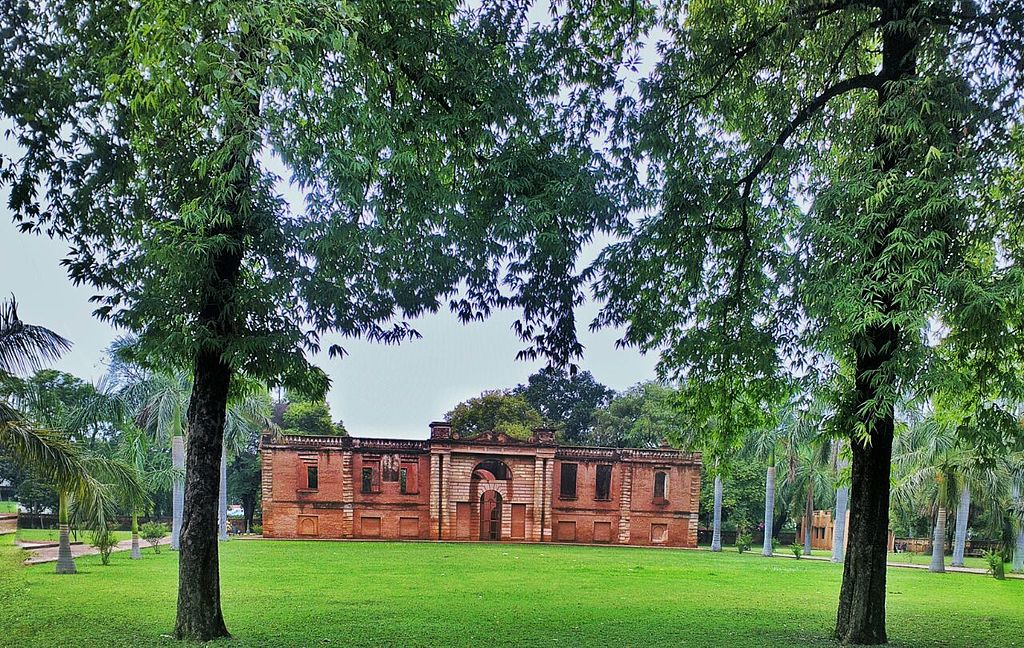 Chota Imambara, was built in the year of 1838 by the third Nawab of Awadh, Muhammad Ali Shah, is another visual treat for the tourists in Lucknow. Chota Imambara strikes a stark traditional history with beautiful interiors and Islamic calligraphy. It is also widely known as Imambara Hussainabad Mubarak. It is also known as the palace of lights which was derived from the chandeliers and crystal lamps which were brought here by the nawab from Belgium. This structure used to be a prayer hall for Muslims of the Shia community which was later turned to be a mausoleum for the Nawab and his mother.

Rumi Darwaza, is the gateway which is used as the logo for the Lucknow city. This gateway stands right between the Bara Imambara and Chhota Imambara. It’s a 60 ft tall structure, which was built in the year 1784, by Asaf-ud-Daula. It represents the sign of Lucknow and moreover, this is a great example of how beautiful the Awadh style of buildings and architecture is. It would undoubtedly be a major miss, if someone fails to visit Rumi Darwaza when on a trip to Lucknow. 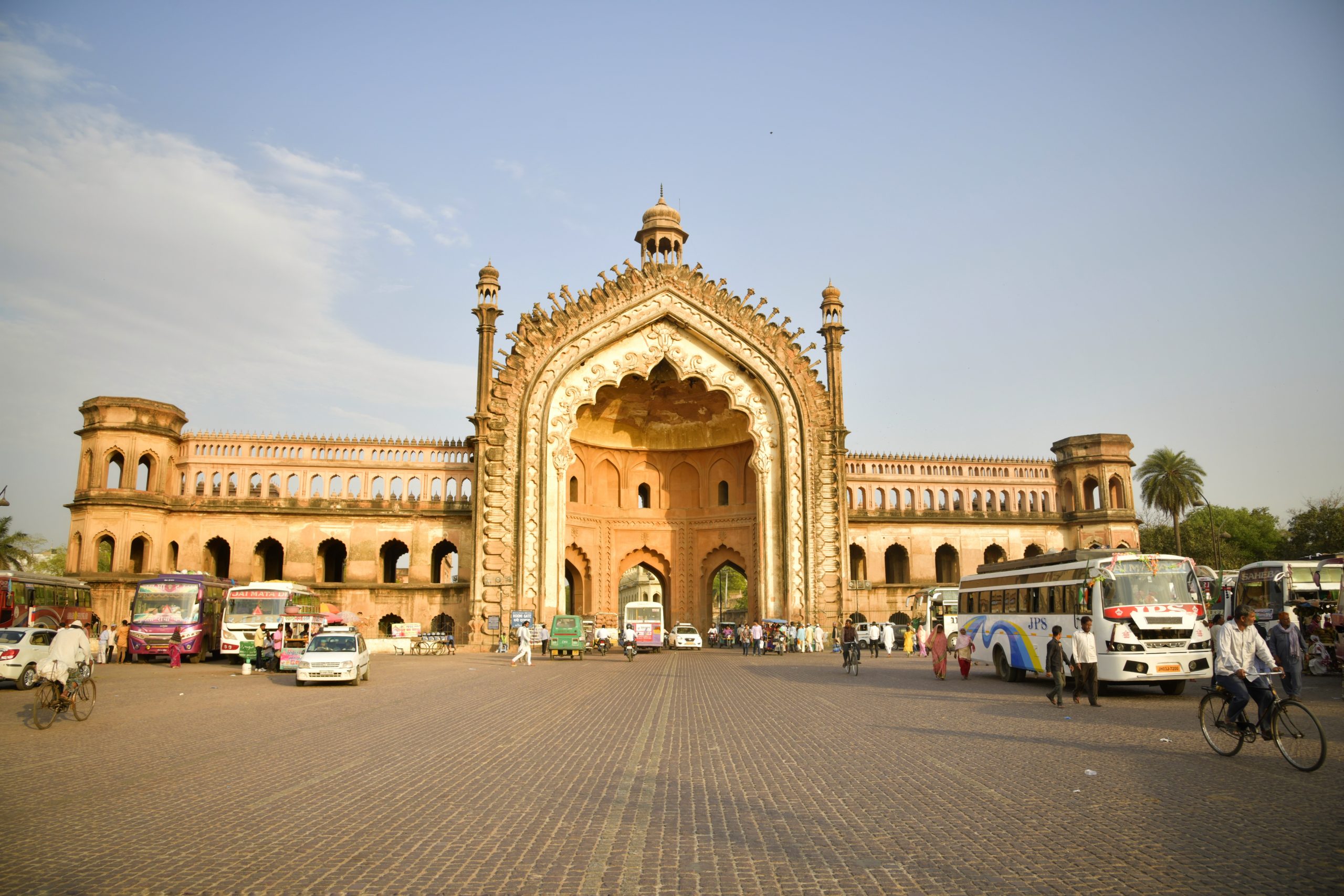 Chattar refers to an umbrella; and the name comes from the dome which is shaped like an umbrella. Even though it’s been turned into a government office, it is still popular for its legacy. This one was a resthouse for the Nawabs and their wives with all kinds of facilities available from the stage it’s built. The entry is only permitted during the daytime and the fee again is free.

Hussainabad Clock Tower is a sign of the regime of Britishers in India. A huge tower resembling the Big Ben Clock Tower of London, Hussainabad Clock Tower stands nearby Rumi Darwaza. A gigantic tower of 221 ft and the largest clock tower of India, is one of the best tourist attractions in Lucknow. The clock’s design resembles petals of flowers which are 12 in number. It is one of the most beautiful pieces in India where the gothic and Victorian style of architecture is combined. This is a must-visit place when travelling to Lucknow. 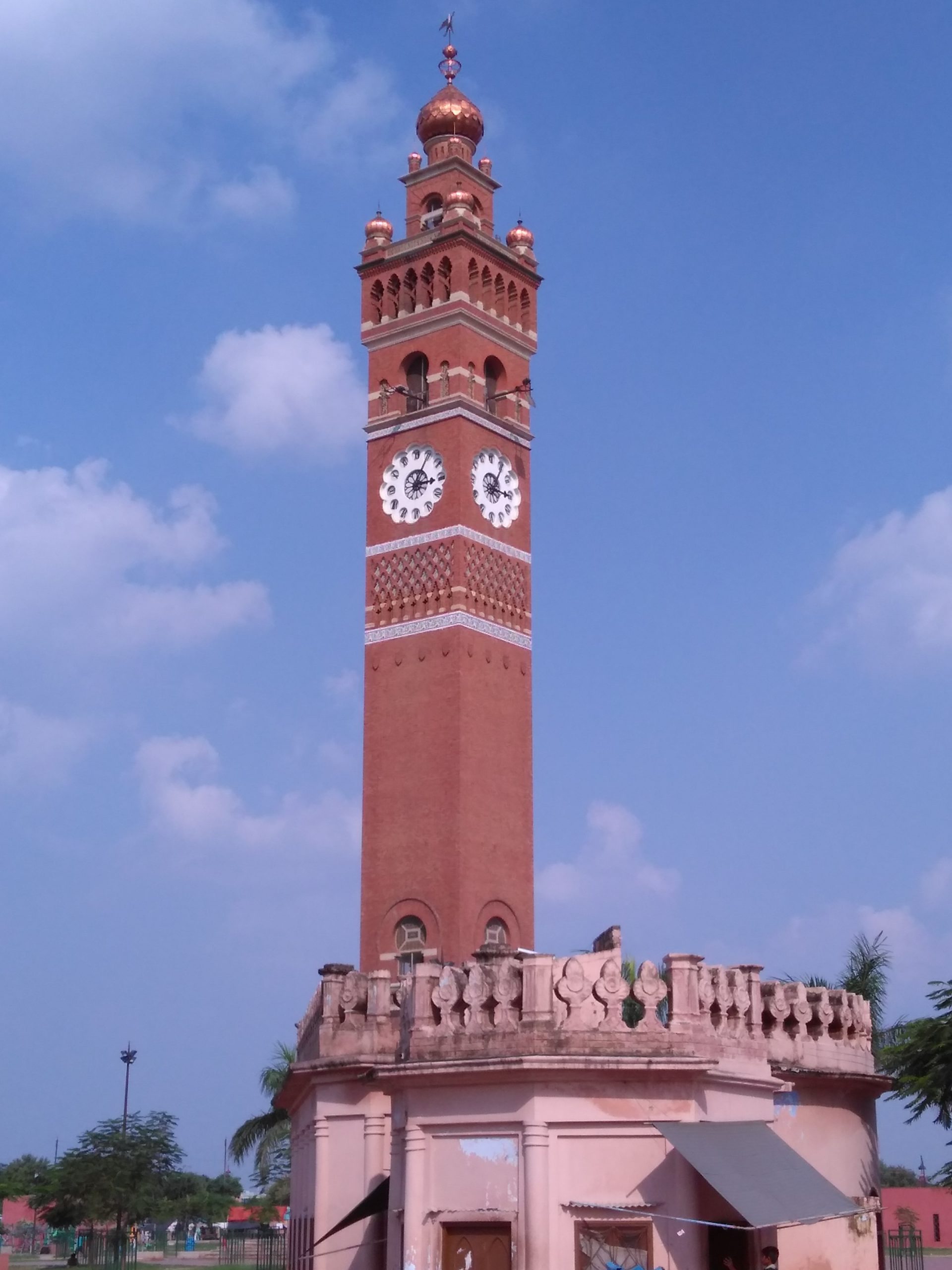 Mood for some shopping? Want to check online nice places to shop in Lucknow? Every search result will be redirected to this specific market in Lucknow where you can get almost everything at a cheap and affordable price. There are hundreds of shops which sell similar goods, allowing you to utilize your bargaining skills. It is one of the best marketplace in Lucknow. It is famous for its Lucknow special chikan garments and several shops selling good quality garments at an unbelievable price. There are some nice food places too, whenever you feel tired or hungry after a day’s shopping, just check into one of them.

This Planetorium deserves a mention for the experience it provides after spending a good amount of time visiting historical places in Lucknow. This place is strictly for all science addicts. This Planetarium is shaped like a Saturn. It has technologically upgraded versions of projected systems and delivers the best experience with the latest projection system and screenings every day. The tourists can drop in anytime in the morning to have a good time here. 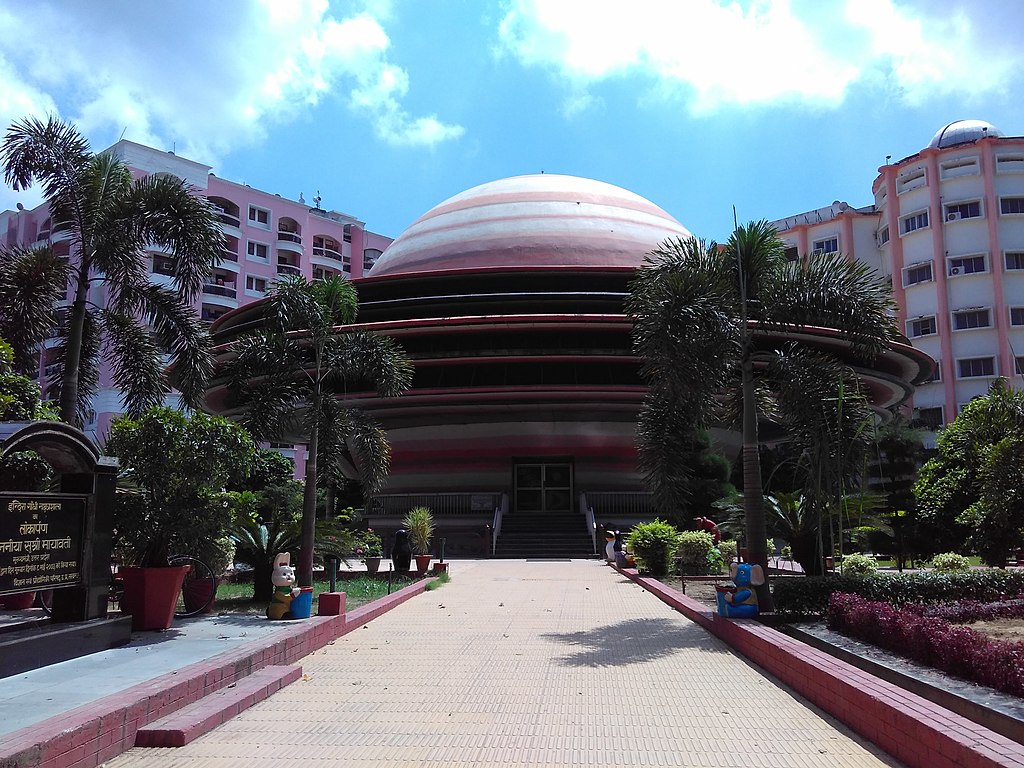 When in Lucknow, one must pay a visit to the Nawab Wahid Ali Shah Zoological Garden which is also known as the Lucknow zoo. It is a century-year-old zoo, with more than 340 varieties of birds and more than 440 mammals. For the tourists who are not really into animals and zoos, they’ve got other forms of adventure here too, like there’s a train ride inside the zoo, which is modeled like a British train. There’s also a children’s park, butterfly park and paddle boating. The Lucknow Zoo is closed on all Mondays and public holidays. 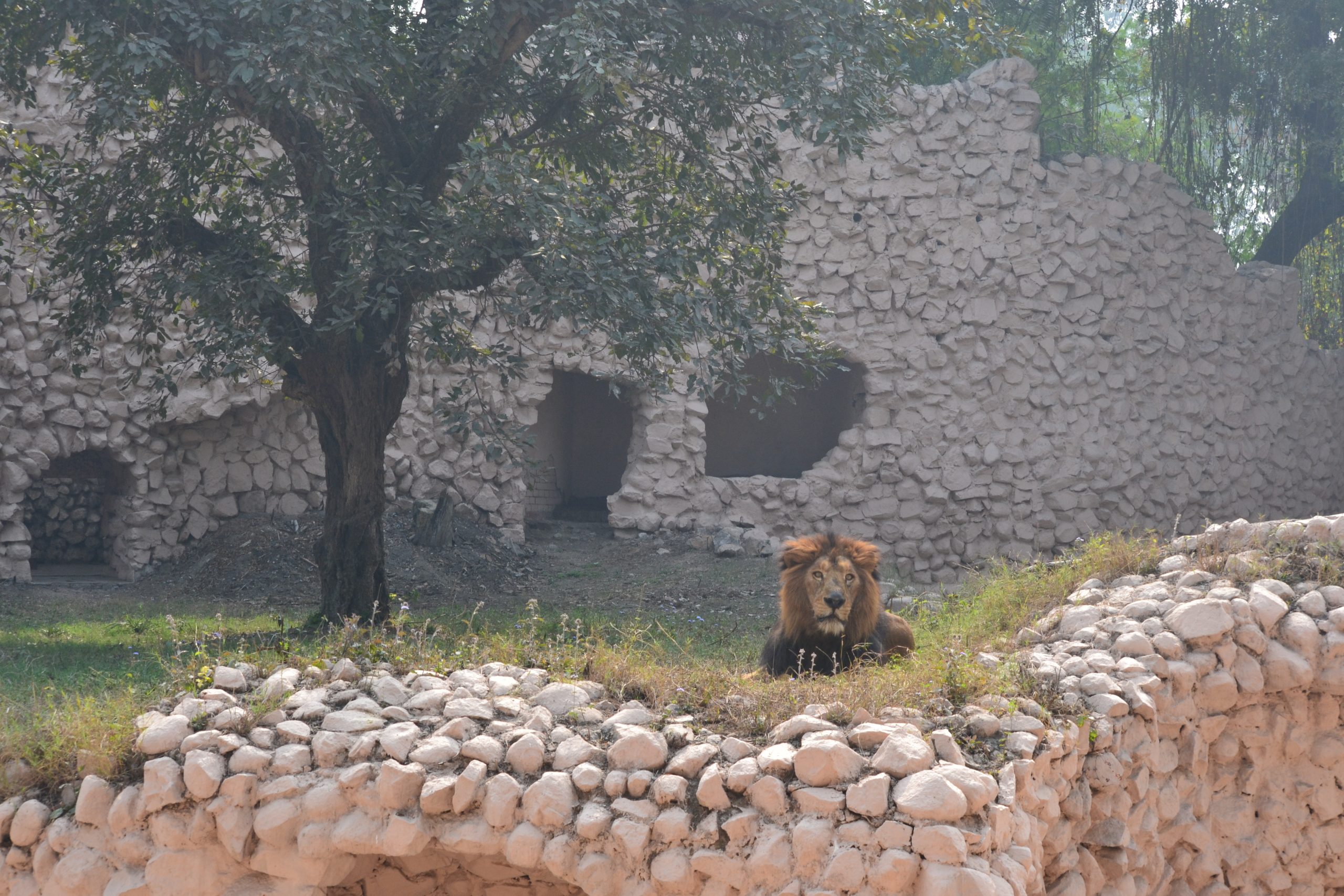 Hazratganj Market is another important landmark with hundreds of shops and thousands of products. Hazratganj Market is a century-old market with a nice infrastructure, a lot of factory outlets, and several great food joints with all varieties of Indian food. Every second Sunday of each month, a carnival known as Ganj carnival is organized which makes the entire market flooded with customers because of the offers and discounts on that specific day. Some of the major hotspots in Hazratganj Market include Gandhi ashram, Janpath, Sahara mall, etc. 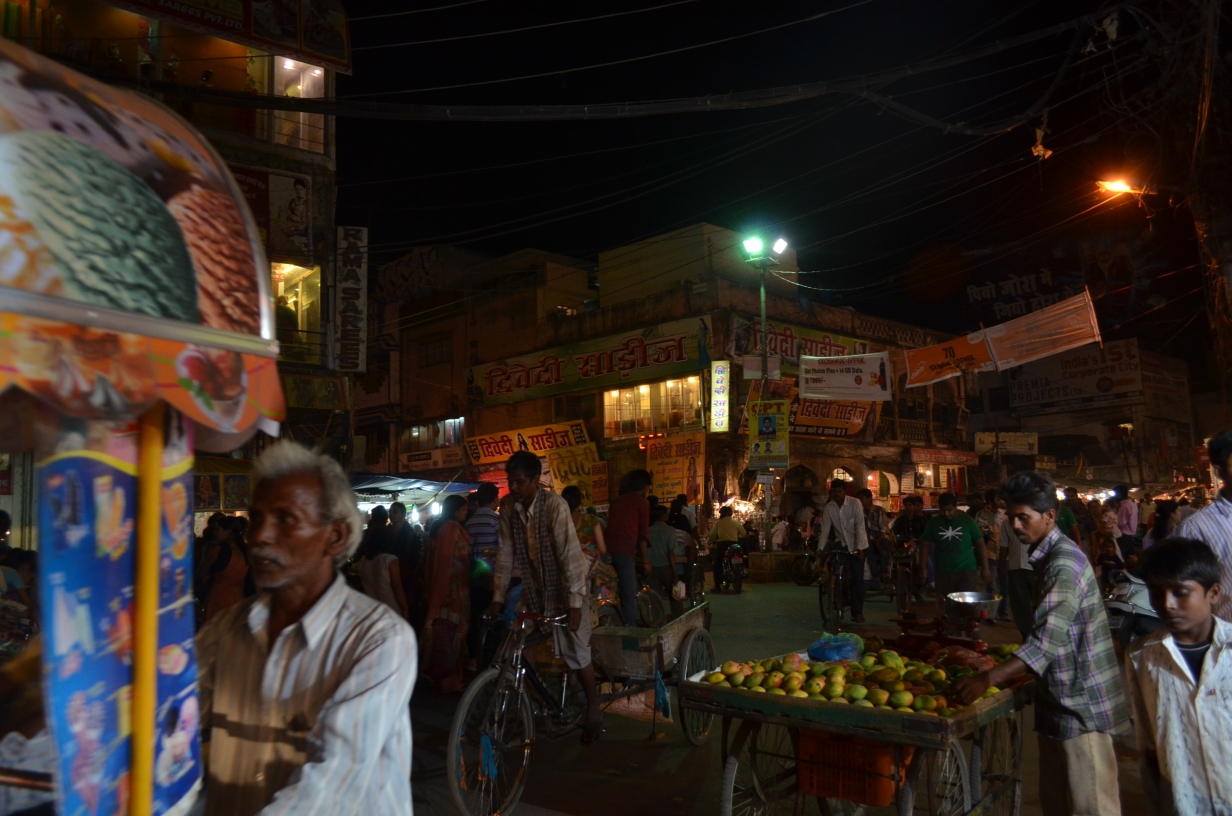 Ambedkar park is a beautiful place to spend some quality evening time. Ambedkar Park is the memorial of many social activists and leaders who fought against social injustices. The entire structure of the park is built of red sandstone from Rajasthan. It honors Dr. Ambedkar, Narayana Guru, Jyotirao Phule, and many such social reformers. 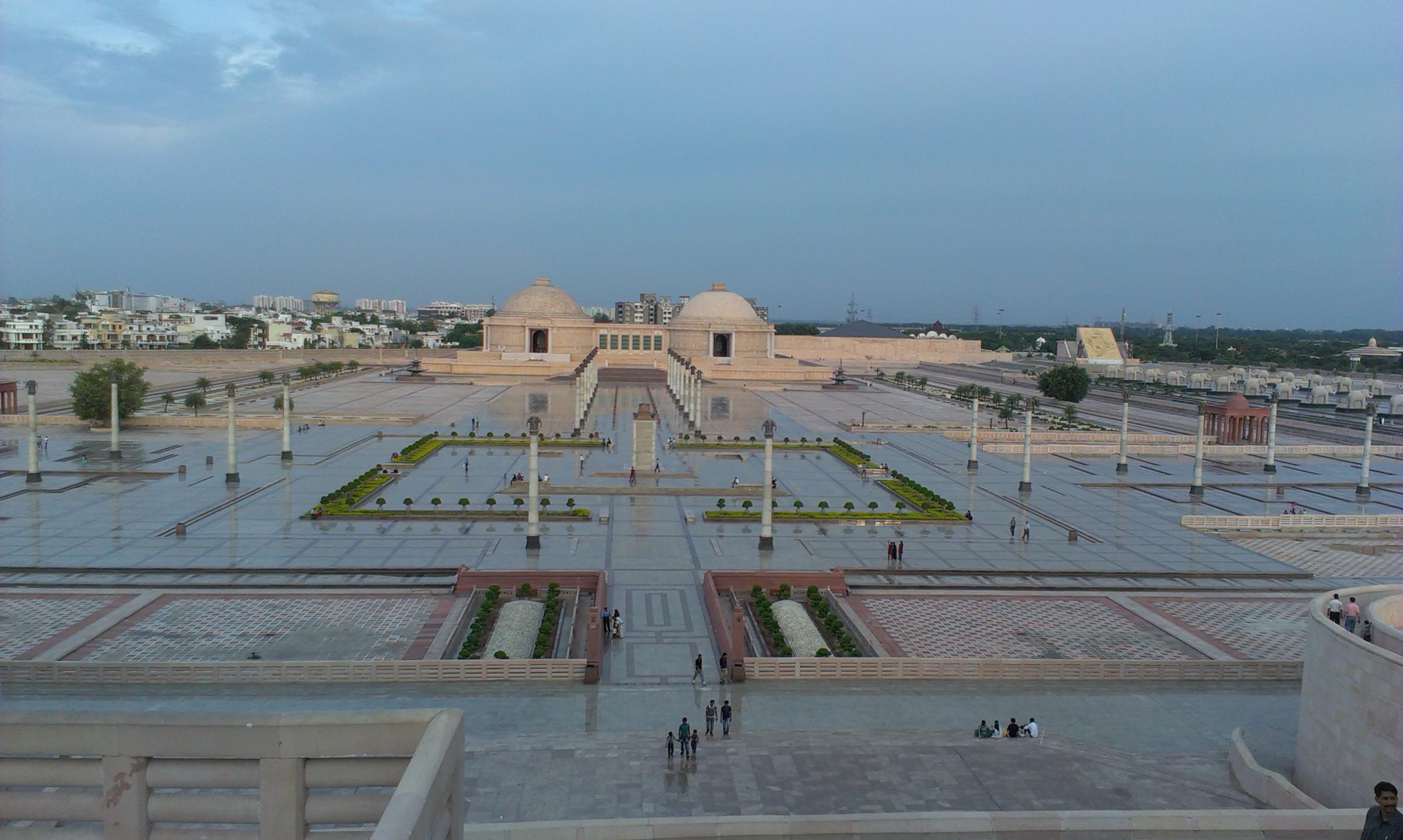 Satkhanda strikes an uncanny resemblance with the leaning tower of Pisa. It is an unfinished masterpiece which is worth a visit when in Lucknow. Satkhanda or Seven storied watchtower is now a four-storied tower, whose construction stopped once the king, Mohammed Ali Shah met an early death. There are no restrictions on timings for your visit. Sometimes unfinished works possess a unique sense of beauty too. 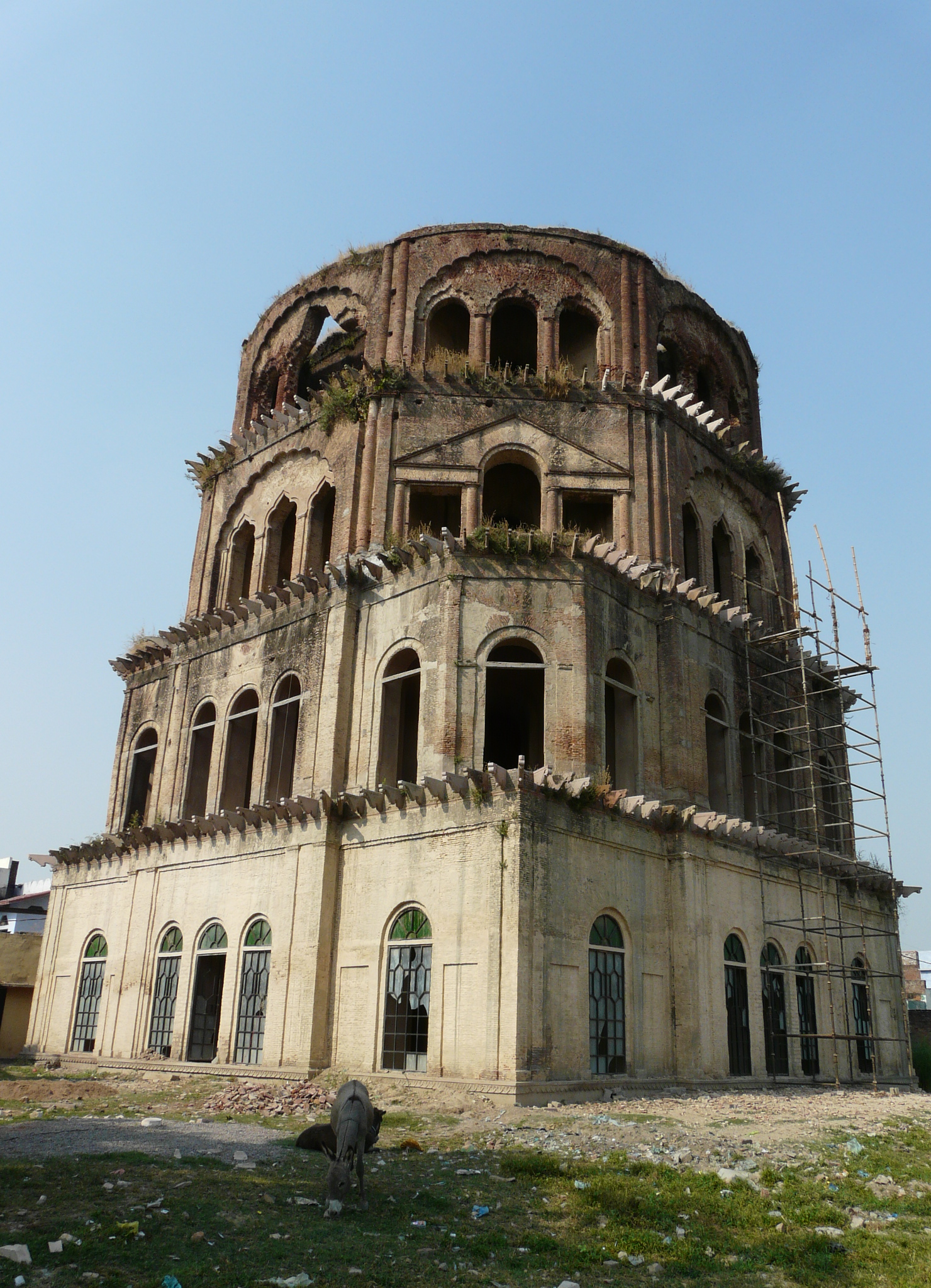 The best time to visit Chandrika Devi temple of Lucknow is during the Navratri season. The temple will be decorated at its best during this time which is a treat to the eyes. The temple is dedicated to Chandi, a form of Goddess Durga who is worshipped in the form of a three headed stone deity.

Tired of the day’s sightseeing with all historical and traditional places. It is a city that speaks of its traditions proudly, so if you think you need a change of air, head to Amrapali water park in Lucknow which is also a major tourist attraction. It guarantees so much fun, and the entry fee is affordable. The most recommended option is to beat the heat of Lucknow and enjoy a couple of wonderful, thrilling water rides like Aqua trail, float slide, Blackhole, etc. It also has nice cafeterias and a video gaming center.

Another nice place to beat the summer heat of Lucknow. This water theme park is also famous for its lot of rides and having a great time here. As an addition to your plans for beating the heat, there’s a special snow park too. The entry fee is set very less, keeping the comfort and gentleness of this place is just mind-blowing. Some of the major rides are Float slide, Racing reverse, etc.

Lucknow, the capital city of Uttar Pradesh can’t be explored completely without a little insight. Some of the honorable mentions are added below. 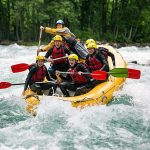 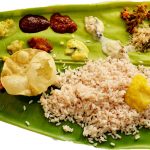 Kerala Cuisine: 10 Famous Kerala Dishes to Try When Touring Gods Own Country (2022) Next 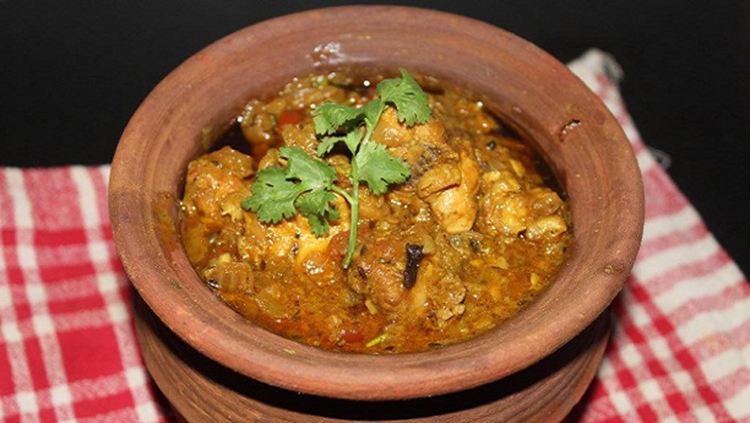 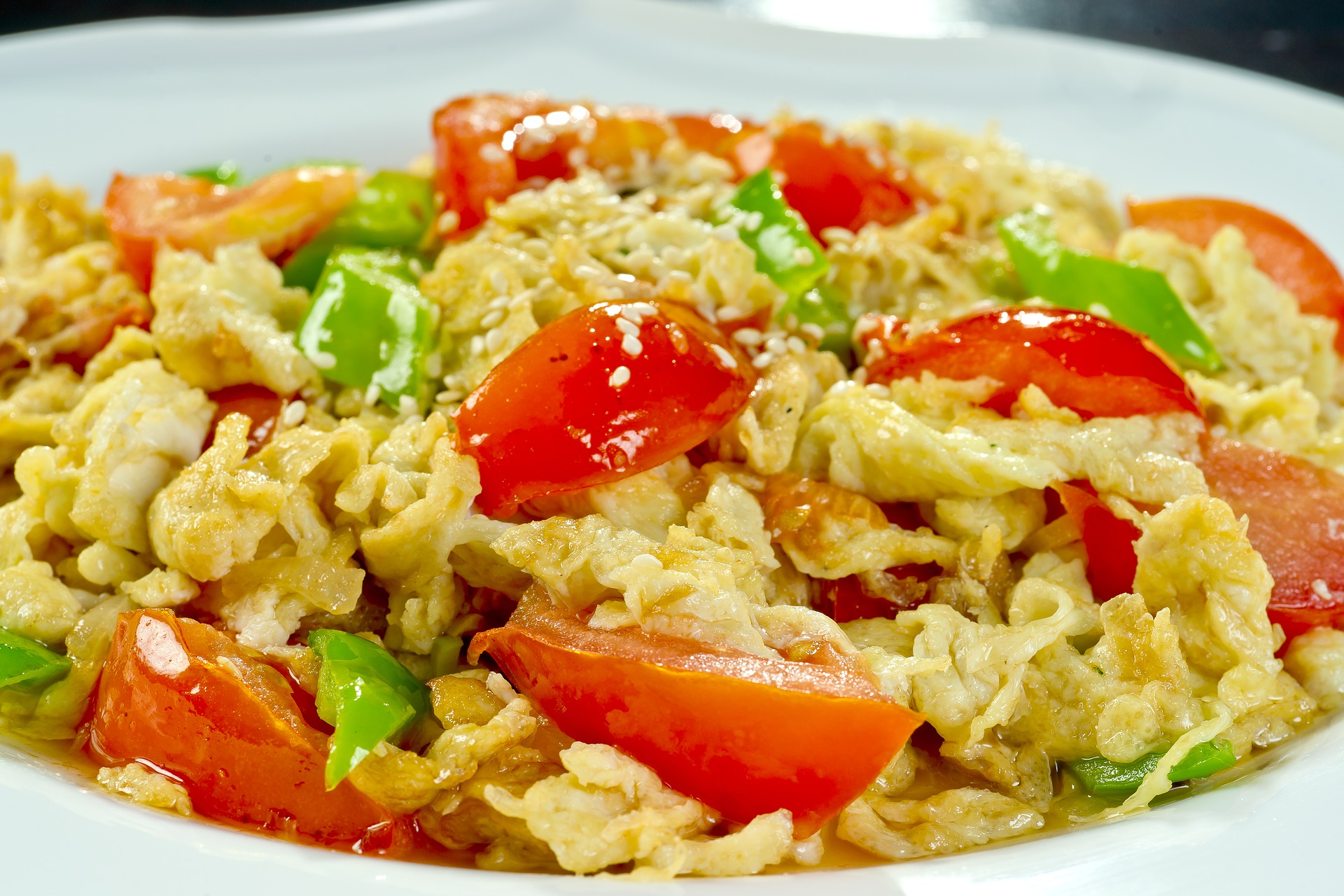