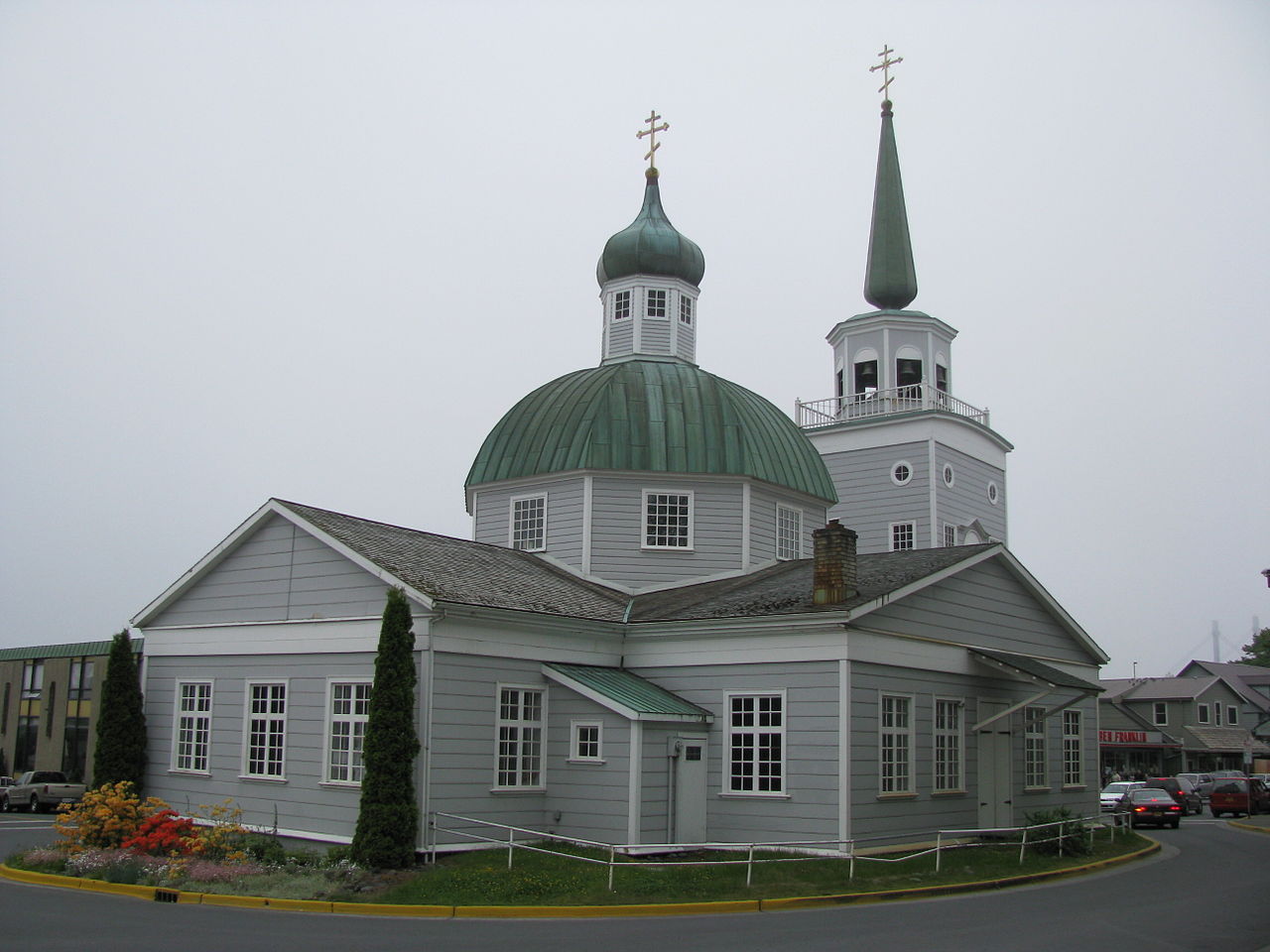 Sitka is quite costly and remote but still one of the most attractive and impressive spots in the United States. This town of Alaska is perfect for visiting in the summer when the temperature is only 61 degrees. The summer season is ideal for outdoor fun such as kayaking, hiking, climbing, and whale watching. Sitka city is full of unique locations, which include natural, scenic, historical, and educational sites.

Keep reading to know in detail about the most iconic historical landmarks in Sitka.

It is a model blockhouse, a sign of Russian’s role in the history of Alaska. It shows the walled strengthening that distinct the limits of its control. All these watchtowers, blockhouses, and every housing canon guarded the Russian sentries against rain and storms. In modern-day Sitka, they protected Novo- Arkhangelsk. The small square blockhouse was removed after the transport of Alaska to the US from Russia in 1867. In 1899, the capital D-shaped blockhouse and in 1921, the octagonal-shaped blockhouse were dismantled. After some years, some people, including the citizens of Alaska, raised funds and constructed an octagonal replica blockhouse at Sitka National Memorial. Another replica was built at this location in 1962 after the decay attacked on the first one. 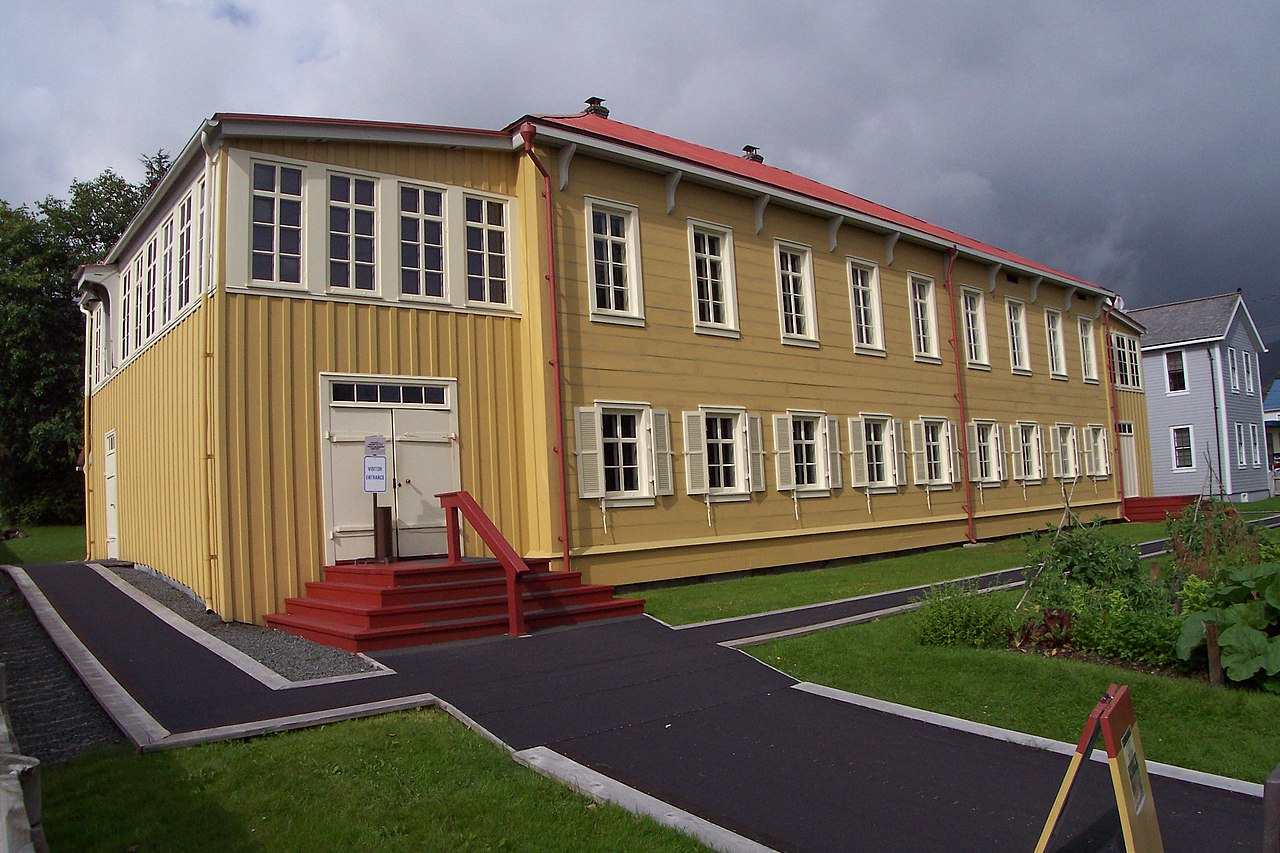 This place lies at ANB Harbor, off of Katlian Street. It is a dedicated brick wall with 2000 captions that depict the rich maritime past of Southeast Alaska and a special memorial to mariners. Mariner’s Wall is one of the best historical landmarks in Sitka City that offers

St. Michael’s Russian Orthodox Cathedral was constructed in the year 1848. In January 1966, the church was entirely demolished by a fire. Some of the church’s precious icons and religious objects were rescued and are preserved in the rebuilt structure. In the summer season, the visitors’ timings are from 9 am to 4 pm on big cruise ships days. On Sundays, admission to the church is only possible via appointment. This ancient church is also registered in the National Register of historical landmarks in Sitka.

It is the oldest undamaged Russian building in the city. The Russian American Company constructed it in 1842 as a home for the Bishop of the Orthodox Church. The National Park Service was responsible for the management of the grounds and building. In the 1850s, it was used as a bishop’s house, a chapel, and a school. It is also listed as a national historic attraction. Here the visitors can get a chance to take a look at what life was like in the Russian-American era. They can also get to know about the history of the Sitka colonization.

It is open during the summer season between 9 am to 5 pm. The timings for the winter months are on an appointment basis. In every half an hour, ranger-led tours are provided. The entrance fee is only $4.

Castle Hill is situated at the east of John O’Connell Bridge of Sitka. At present, Castle Hill has a low rock wall, and a few cannons pointed at the sea. Earlier, the hilltop hosted forts first possessed by the Tlingit people and later by the Russians when they set up Sitka as the capital of Russian Alaska. Russia lawfully gave the power of control of Alaska to the United States in the year 1867. Alaska Day is celebrated on 18 October every year. The Alaska State Parks administers Castle Hill. 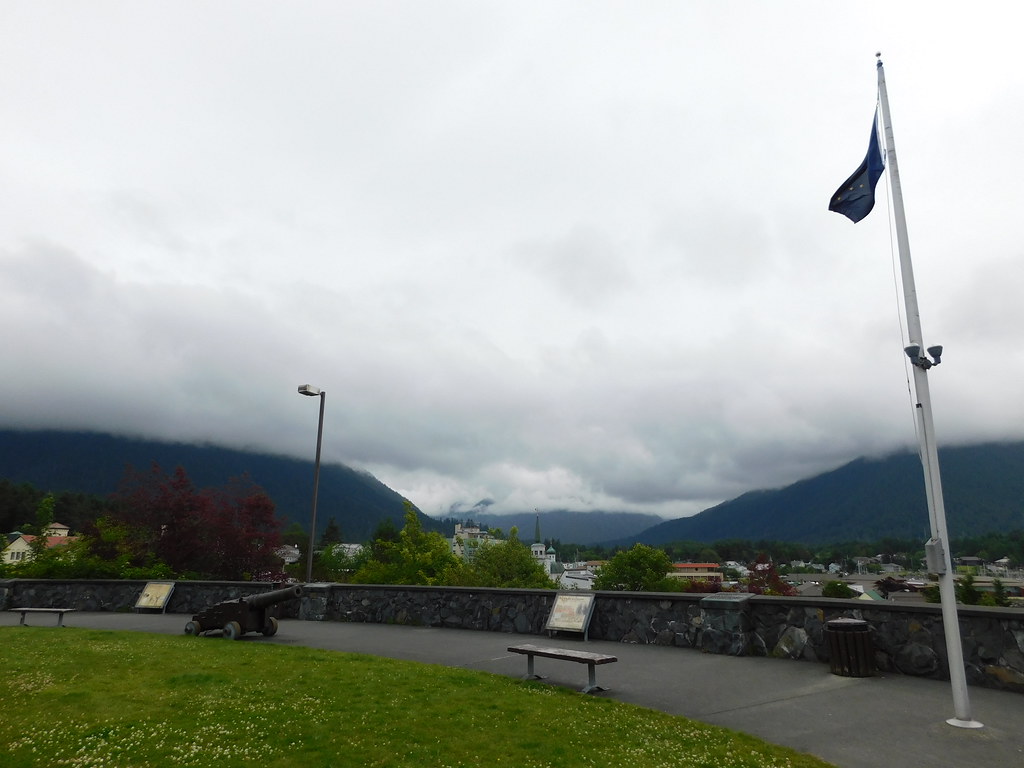 Sitka was elected as the “See City by Bishop Rowe when it was once Alaska’s capital city. In 1899, the initial service was held in St. Peter’s, and a couple later, it was licensed as Pro-Cathedral of Alaska. The bishop’s house is situated right behind the St. Peter’s Church which was constructed in 1905 by Bishop Rowe. The church is consistently utilized by many people for regular worship, prayer, and a spot for social gatherings and community meetings. 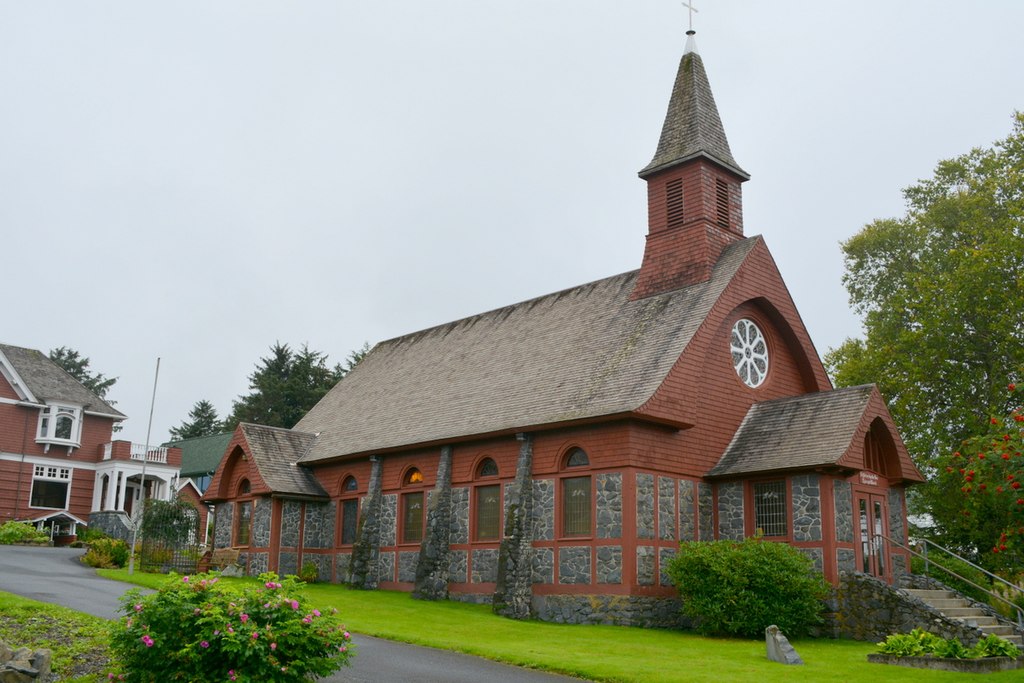 Princess Maksoutoff’s Grave lies at the tip of Princess Way; it is the place where the wife of the last Russian Governor of Alaska was buried. This gravesite is stated as the Lutheran Cemetery, having deliberately positioned chain-link fencing and a dazzling and glossy symbol. 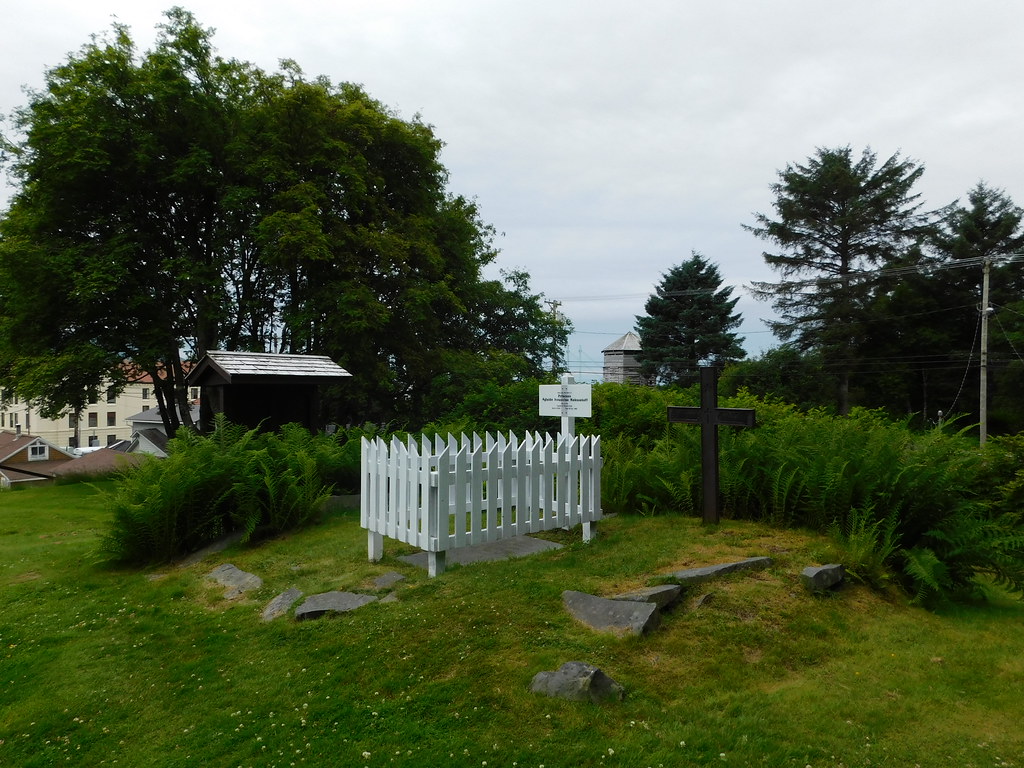 This park is one of the must-visit historical landmarks in Sitka. It covers about 107 acres of land, and it is the place where the Tlingit Indian Fort was built, and the battle between the indigenous Tlingit and Russians was fought in the year 1804. 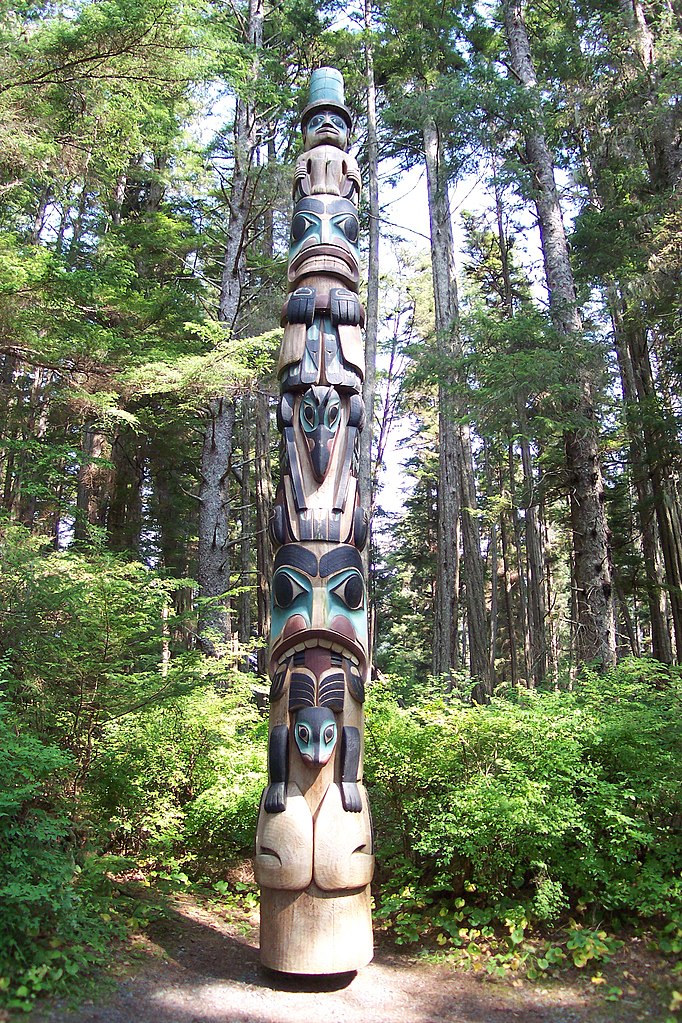 This park is the oldest national park of Alaska that was founded in 1910 to venerate the battle of Sitka. Along the National Historical Park’s coastal path, the tourists can find a combination of the mild rain forest and Southeast Alaska totem poles that gives an alluring and scenic view. This site is also the residence of the Russian Bishop, and it is one of the last enduring instances of the Russian colonial edifice in North America.

The Sheldon Jackson School’s history starts with the coming of Presbyterian missionaries after Russia sold Alaska to the United States in 1867. This school was built in 1910-19011, and it stayed the only formal campus program in the State. After some years, Sheldon Jackson improved its original license in order to become a junior college. 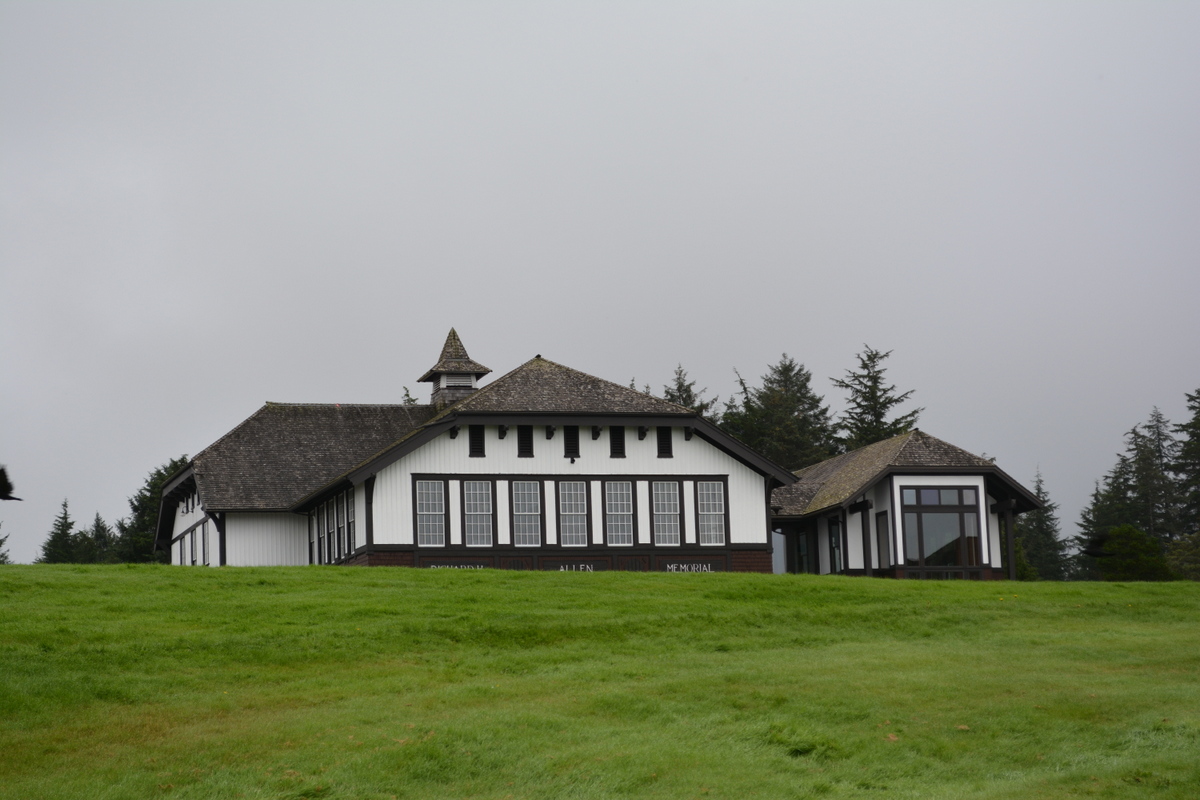 The college started allowing the non-Native learners too and changed its name to Sheldon Jackson College. In 2007, the Sheldon Jackson College got closed and afterward transmitted the historic central campus buildings to Alaska Arts Southeast Inc. The organization has a substantial interest in maintaining the historic campus with the backing of the Historic Preservation Commission of Sitka.

Earlier, this site was the place of the United States Navy’s first air station in Alaska. It was structured for defending the country from the attacks of the Second World War. 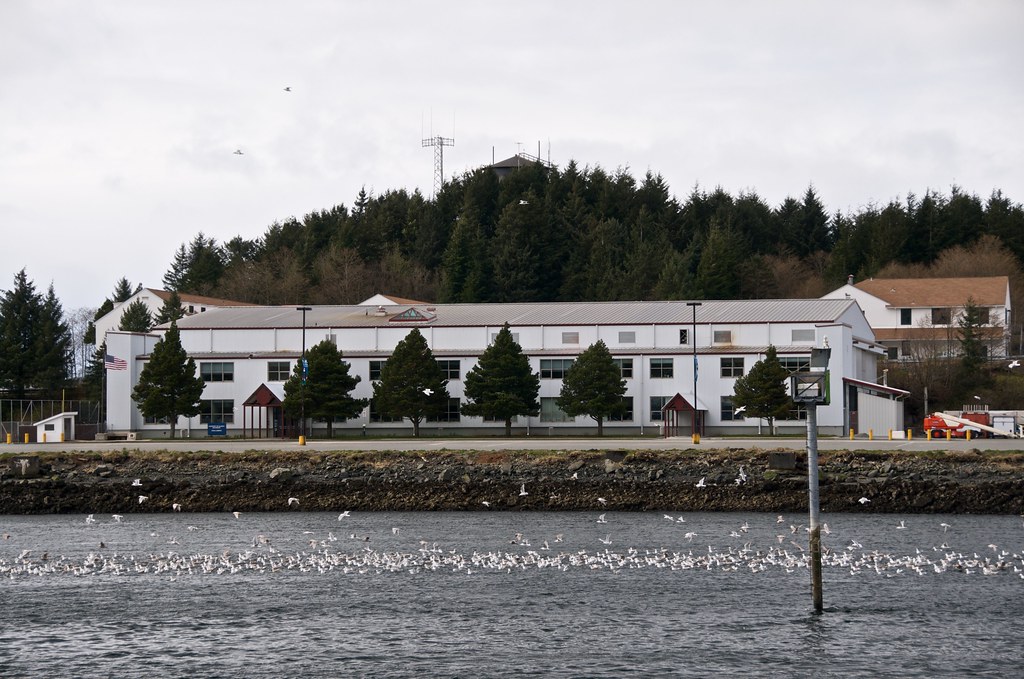 In the 1930s, while the military strategists started identifying the necessity to protect the US’s Pacific coast, Alaska was made the peak of a defence triangle that comprises Hawaii and Panama.

Situated at a short drive from downtown on the O’ Connell Bridge, which covers the Sitka Channel, Japonski Island was originally set apart as a United States Naval reservation in the 19th Century. The Navy officially commissioned Sitka Naval Air Station in 1939. It is intended mainly for aircrafts; the structure also included a naval section base, marine barrack, and a radio station.

Location: Japonski Island, Makhnati Island, and the walkway linking them

It was built in 1914 by a squad of pre-dominate Tlingit and a Tshimshian who were dedicated to fighting against the discrimination from the native people of Alaska. The Alaska Native Brotherhood Hall encouraged the inhabitants of Alaska to adopt Christian tradition, educate themselves, and utilize the political system to push for nationality and territory rights. In the Alaska Native Brotherhood constitution, they declared their demand to demoralize and conquer the narrow unfairness of race discrimination. This site spans about 0.25 acres and is designated as one of the top historic landmarks in Sitka. The property has a main entrance gate, and it is a two-story building with a metal-coated gable roof and a wooden framed structure. 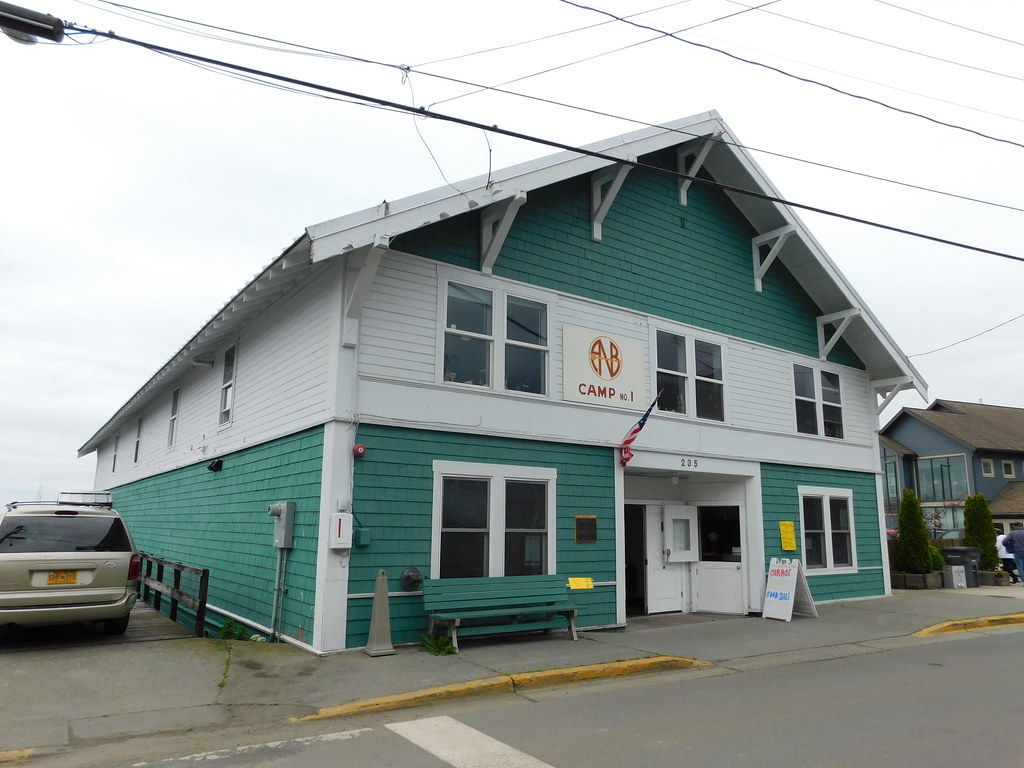 In 1969, Southeast Alaska Indian Cultural Center was founded as a site for the inhabitant Sitka Tlingits to teach themselves about their tradition. This fantastic place in Alaska gives the tourists and learners a chance to know about the Northwest Coast Native Art Park. SAICC also provides courses in customary Tlingit art like weaving, beadwork, box drum making, and bentwood box making. 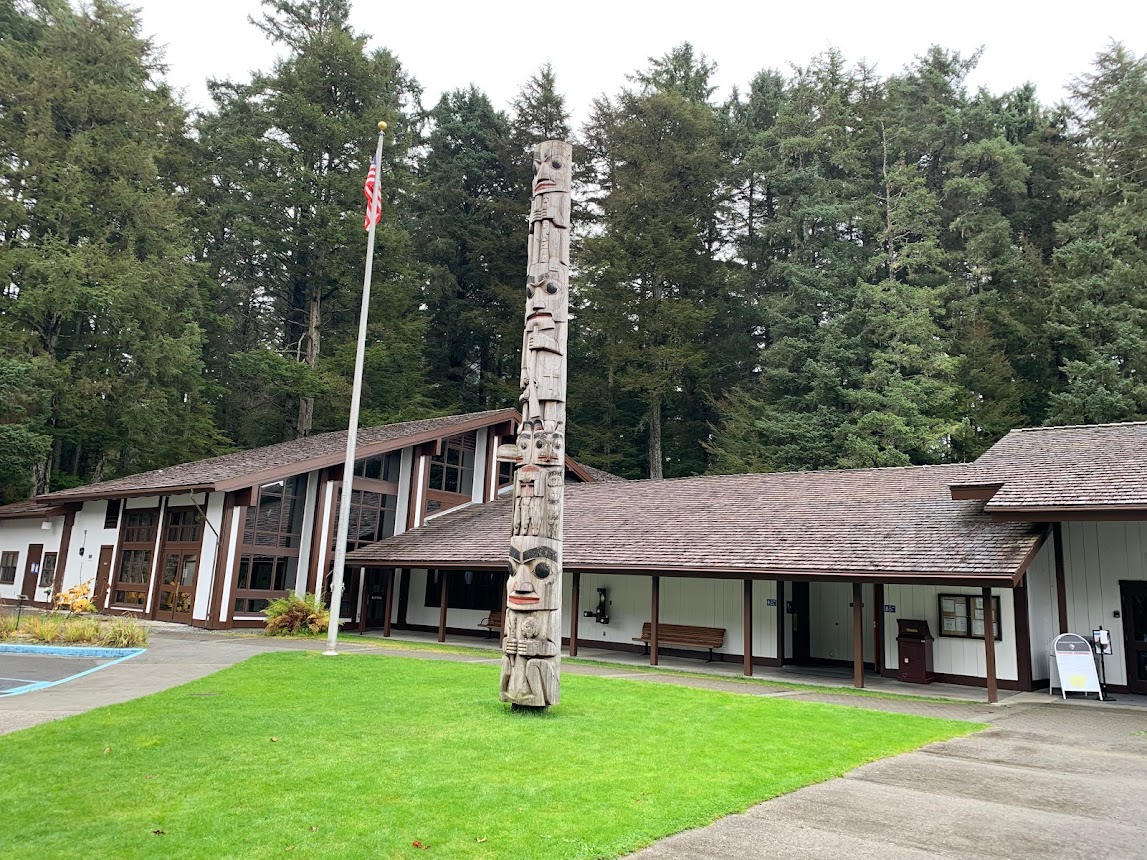 The Cultural Center sponsors exceptional plans such as the carving of a conventional Tlingit canoe. It has also sponsored the raising and carving of a 35 ft. totem pole in the facade of the Park’s Visitor Center in 1996. 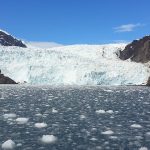 Visit Seward: 10 Picturesque Locations in Seward You Must Visit (2022) Previous 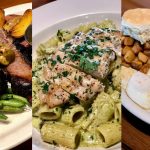 Best Eateries in Seward: What to Eat & Where in Seward, Alaska (2022) Next 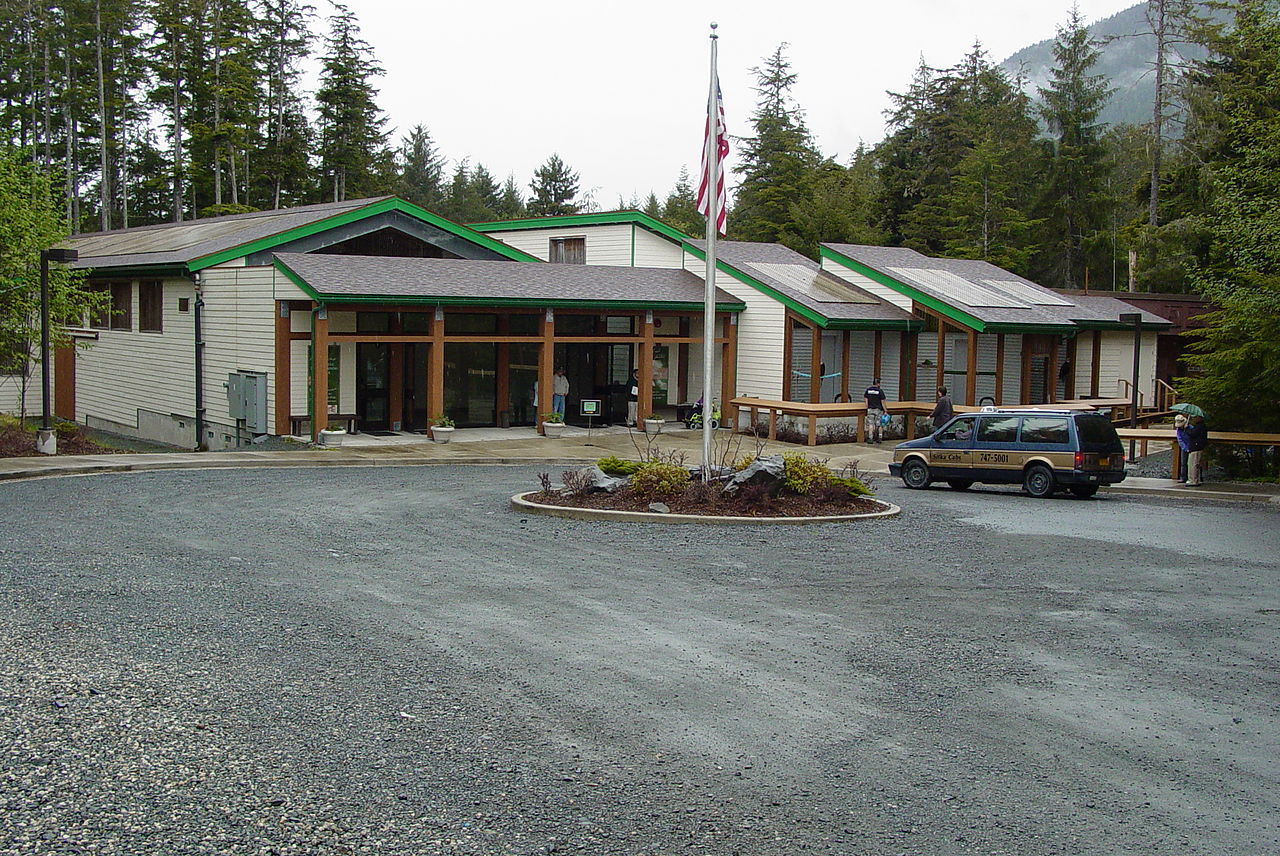 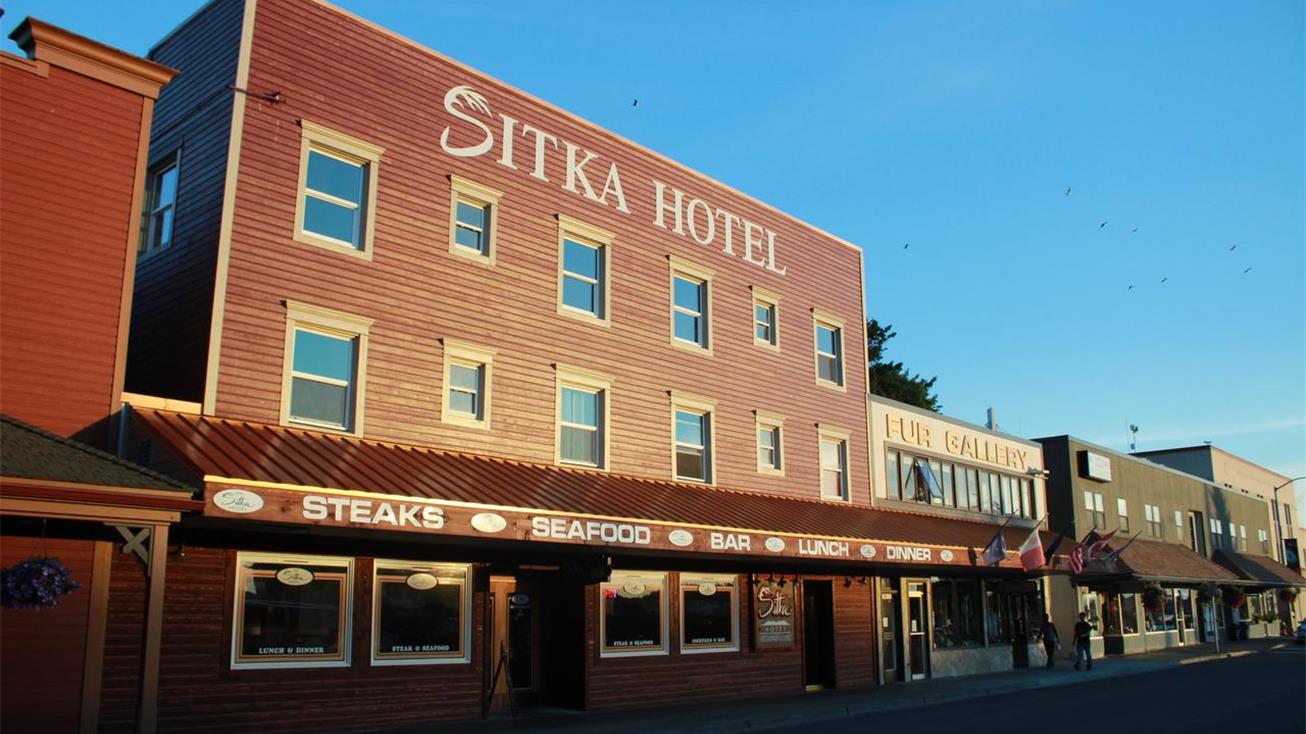 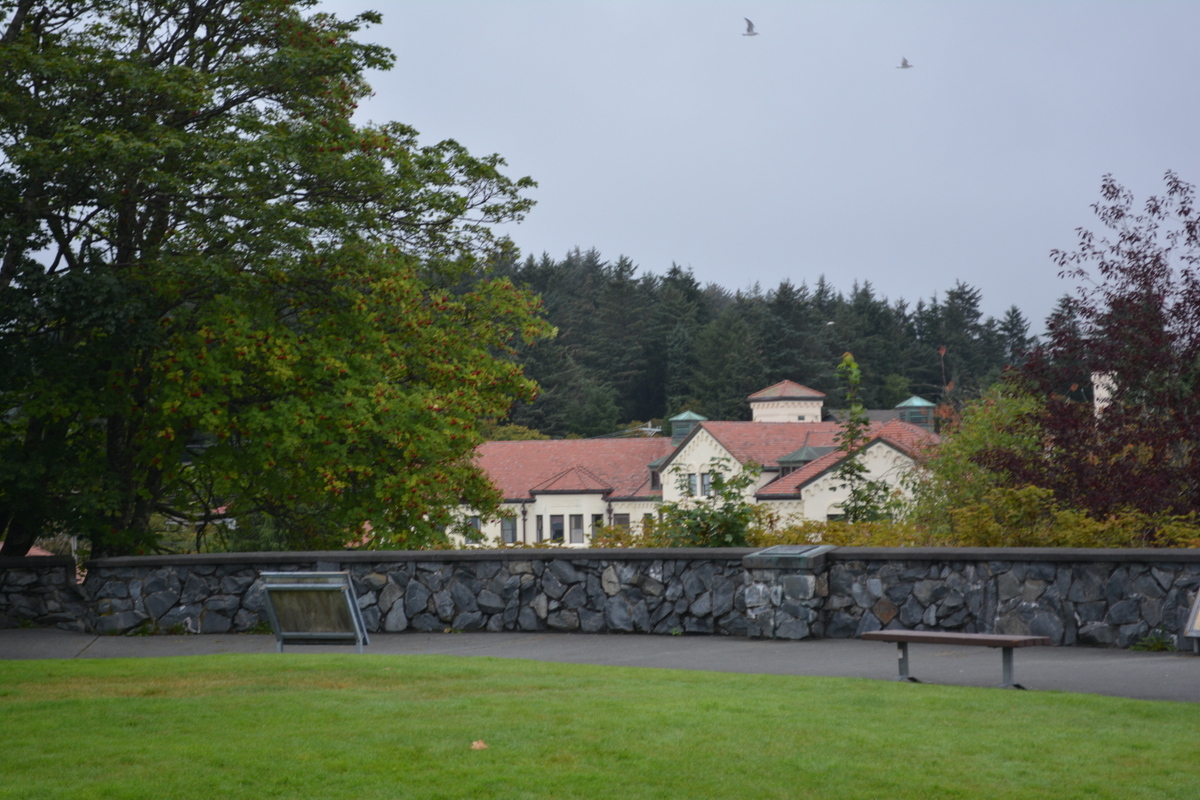