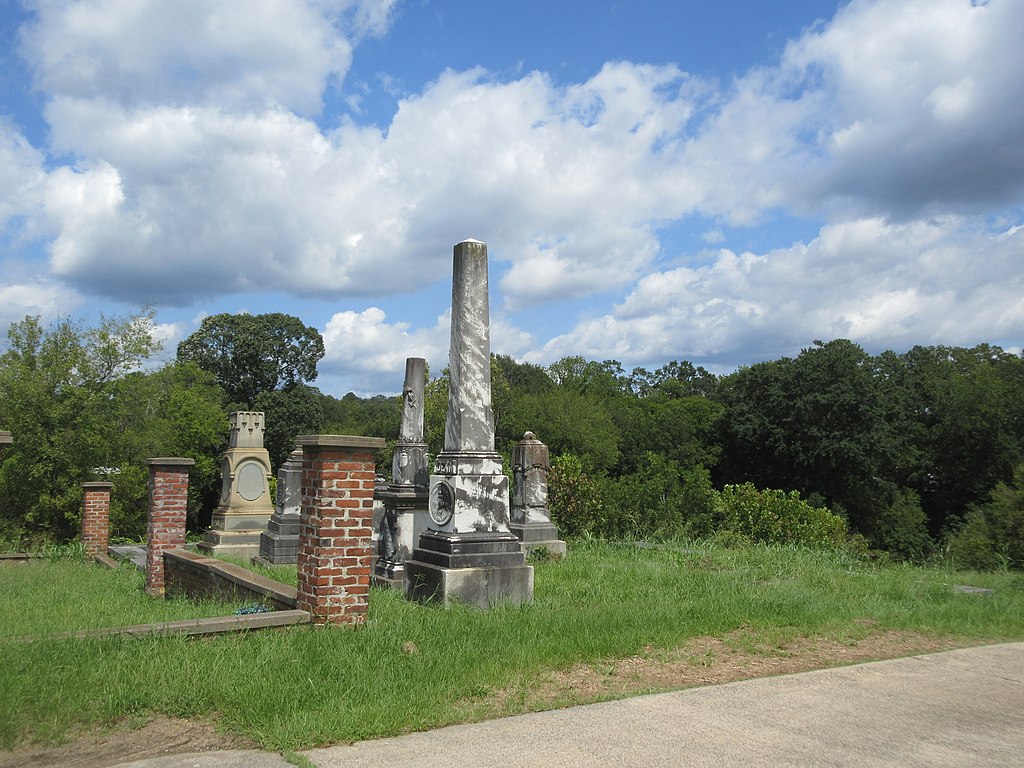 Macon is a Central Georgia city popular for its Historical and Architectural spread. Macon boasts as a’ Historic Mecca of South’ with 14 historic districts and 6,000 individual structures on the National Register of Historic Places. Undoubtedly it is also known as a ‘Textbook on the historic architecture of the United States. From Native American influence to the Civil War traces, history runs deeply in the veins of Macon. Besides that, it also marks a prominent name in the musical journey of America by giving popularity to several singers and bands.

When surfing History and Architect in Georgia, there is no better place than Macon. Today, enthusiasts can explore the walkable city of Macon and observe perfectly preserved Victorian-era mansions. Besides that, the centuries-old Cemetery that has given lap to many notable names today offers peace to Macon travelers.

To find out more about the Historical and Architectural wonders of Macon, continue reading below:

History lies in the blood, and the Veins of Macon and Ocmulgee National Monument is one prime example of the same. This prehistoric site preserves over 10,000 years of Native American culture and heritage. A visit here will unfold several major earthworks, which are evidence of continuous settlement stretching back 17,000 years. It is also home to ceremonial mounds built by Mississippians around a millennium ago. The high level of technical skills used for construction back then still leaves the current engineers and architecture by surprise. Ocmulgee National Monument area covers 800 acres and eight miles of easy walking trails. It also features an archeology museum with artifacts, an orientation section, and a gift shop. History buffs who are keen on exploring nooks and canny from the past must visit Ocmulgee National Monument in Macon.

Hay House is another historical edifices to explore when in Macon. Built between 1855 and 1859, this massive period house features Italian Renaissance Revival-style architecture. It is an architectural treat that will leave enthusiasts in awe from top to bottom and from exteriors to interiors. Covering 18,000 square feet, Hay House features 24 beautiful rooms, each adorned with historical artifacts and period artworks. A walk inside will introduce you to numerous innovations of the mid-1800s, including central heating, elevator, ventilation, intercom system, water temperature controlling system, and much more. Hay House offers one-hour guided walking tours every Wednesday to Sunday that go through the 1st and 2nd floors along with the basement. On certain annual occasions, individuals can go for behind the scene tours and explore all seven floors, attic spaces, the Secret room, and wine cellars. Spending some time in Hay House is like peaking back into the past.

A popular National Historic Landmark, the Cannonball House is another heritage building to visit in Macon. It was built back in 1853 in Greek Revival style architecture and is counted amongst the most beautiful buildings in Macon, Georgia. Also known as Mansion of the Old South, Cannonball got its name due to the damage it got during the popular Civil War. Cannonball House consists of two floors and several rooms, all adorned with artifacts and period exhibits. The main highlight of the building is the meeting room recreations of the world’s first sororities and the servant quarters. When done with the inside, visitors can also spot and observe the bronze 1864-era cannon on the exteriors of the buildings. Before going back, consider visiting the gift shop and exploring local food items, books, jewelry, souvenirs, and more exciting things.

A Historic fort, the famous Fort Hawkins, was built between 1806 and 1810. Until 1824, the U.S. Government bought it into use as an army fort and trading post for commerce with Native Americans. Presently open for self-guided walking tours, Fort Hawkins is a wonderful place to explore. A visit here will allow you to witness a replica of one of the blockhouses that stands prominently on the Fort grounds. More such blockhouses will likely be constructed shortly to boost tourism and the place’s popularity. Fort Hawkins overlooks ancient burial mounds that, back in time, were Muskogee Creek Nation’s prominent sacred spots. Researchers had dug several artifacts out of the ground, which were known to be from the time when the fort was still in use. In case you are passing by, this small historic wonder deserves a quick visit.

Also known as the Garden of Graves, the Rose Hill Cemetery is an adorable historical wonder to explore in Macon. This excellent walkable outdoor landmark was built in 1940 by the Founding Father of Macon, Simri Rose. The park-like Cemetery covers nearly 50 acres near the Ocmulgee River and has multiple sections for different religions and backgrounds. The Cemetery is the final resting place of Gregg and Duane Allman, along with several famous names of Macon. Several tombs and monuments exhibit fine architectural details and sentimental engravings. Enthusiasts can explore the Rose Hill Cemetery on foot, and it would easily take about an hour or so. Or join Macon’s self-guided walking tour and learn about the Cemetery in detail. With several inclines and pathways, it is undoubtedly a wonderful outdoor place to explore in Macon.

The 3rd tallest building in the city, St. Joseph’s Catholic Church, is an architectural wonder to visit in Macon. The church was built back in 1889, and since then, it has certainly gained popularity as an important and impressive landmark. The church flaunts extraordinary Neo-Gothic architecture, and its tall twin towers already make all heads turn. Besides that, a refined rose window atop three pretty portals keeps one stand for long and observe. The historic St. Joseph Catholic Church is also a great place to explore from the inside. The impressively detailed interiors featuring white marble carvings, statues of religious figures, giant columns, enormous music organs, and sixty stained-glass windows will stun your mind. Everything here goes grand and appealing that one can’t stop praising it loud. Besides its architectural importance, St. Joseph’s Catholic Church is also known for its spiritual value. One can visit the church any day to offer a silent prayer.

The only Black theatre in Macon, the Douglass Theatre is an excellent historical site to explore. It is one of the very few buildings in the South that was built, designed, owned, and operated by an African-American, Charles Douglass. Established in 1928, the theatre was in operation until the 1970s. By then, it offered multiple films and theatre performances that entertained viewers to the core. Douglass features four films, including Duke Ellington, Ma Rainey, Little Richard, Otis Redding, and James Brown, for patrons during the heyday. Today, the Douglass Theatre is operating again with several new renovations and add-ons. With new seating and a better cinema experience, it hosts many public and private events and parties today. The theatre also serves as a venue for the Macon Film Guild, which features several foreign and independent films.

The Allman Brothers Band Museum at the Big House isn’t a very historic house but one prominent landmark that preserves a beautiful heritage. As its name suggests, the Big House was home to Allman Brothers Band’s members, their family, and friends (from 1970 to 1973). Even though it was a short time, the house later became the largest memorabilia collection regarding the band. The Big house turned into an interactive museum in 2009 with several memorabilia inside. The extensive memorabilia collection includes musical instruments, outfits, and awards. All of these provide a glimpse of how the band members spend their careers and personal life. The beautiful home and its incredible contents are a must-see for any music enthusiast.

Last but not least on our list is the Tubman Museum. It again isn’t a historical site but a prominent landmark that stores much of its history and heritage. The museum presents celebrates and presents rich art and history of African Americans. It has been entertaining guests since 1985 and is the biggest museum of its kind in the entire Southeast. Inside the museum are an array of galleries and exhibitions. From Africa to America to Dream a World: Portraits of Black Women Who Changed America and more, the exhibits will wake your inner thoughts quite strongly. Visitors can observe several types of art collections, including Georgia’s Black Artists, Local History, Folk Art, and the Inventors Gallery. This is a must-visit museum in Macon to learn about the history of segregation and racial inequality. 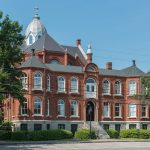 9 Most Popular Places to Visit in Augusta, Georgia (2022) Previous 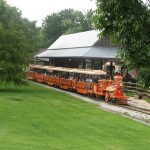 12 Awesome Sightseeing Destinations of Oklahoma (2022) Next 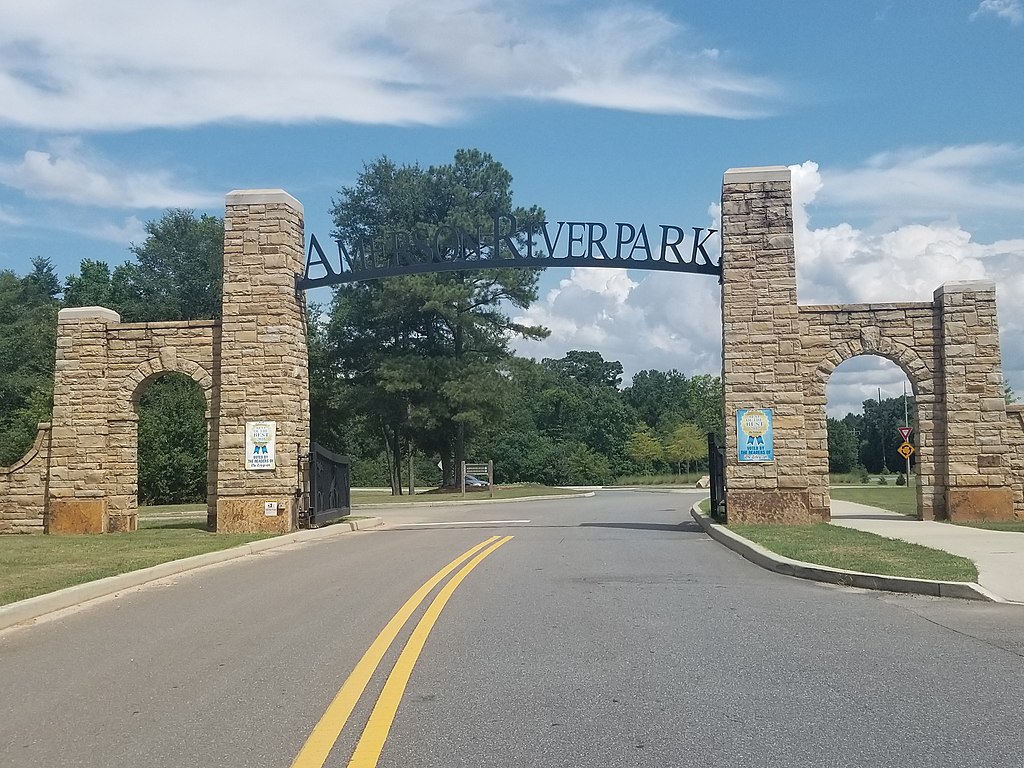