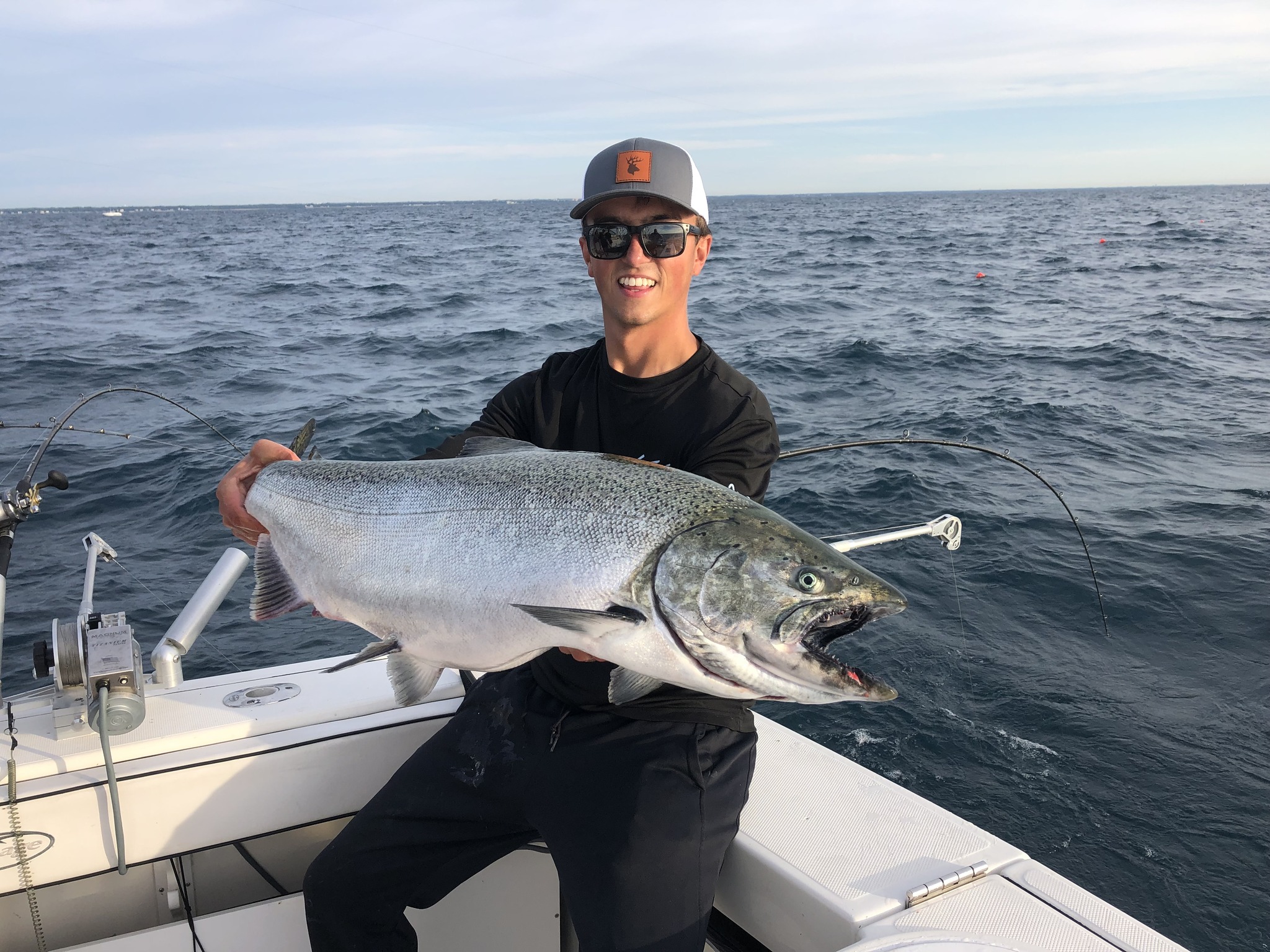 Indulging in Salmon Fishing on Lake Michigan, IN (2023)

If you live in Indiana, you will be well aware that the shores of Lake Michigan are a huge draw for anglers from all over the state. The lake is primarily known for being home to all types of salmon, including the Coho salmon (silvers) and Chinook salmon (kings), and if you are lucky, you may even catch pink salmon and Atlantic salmon. The most frequently caught species of salmon in the lake are the Coho and Chinook salmon, but many determined anglers also try their luck to catch other species of fish like the migratory rainbow trout known as steelhead, the native lake trout of Indiana, and the brown trout.

Indulging in Salmon Fishing on Lake Michigan, IN

The surprising fact is that salmon is not a native fish of Indiana. In fact, today, there are thousands of salmon on Indiana’s side of Lake Michigan, and the surprising fact is that they made their way to Indiana from the other states that also share the waters of this great lake. Salmon are known to reproduce in the rivers of the surrounding states, which also have some excellent fish population management programs in place that help maintain the population levels of fish in Lake Michigan. Over the years, the natural breeding of salmon in the lake has turned it into a major salmon fishery in the world.

If you want to head down to Lake Michigan to try your luck at salmon fishing, one of the most sought-after species for most anglers here is the Chinook or king salmon and Manistee, which is a rare find in Indiana, mostly sticking to the Michigan side of the lake. The best time to try salmon fishing at Lake Michigan is from late July to August when the salmon begin their migration cycle from the upper part of Lake Michigan to the rivers where they eventually reproduce.

For those who are passionate about salmon fishing, here are some things to know about catching salmon at Lake Michigan.

1. What Types Of Salmon Can You Catch in Lake Michigan, IN?

King or Chinook Salmon: Chinook salmon, also known as king salmon, are the prized catch at Lake Michigan, and anglers from all over Indiana drive for miles and miles to arrive at the lake to try their luck at catching the king salmon. You are most likely to catch these fish in the summer months when they arrive at the lake in large numbers. They can end up weighing 30 pounds or even more, truly putting your fishing rods to the test. From May to early June, you will find that the king salmon typically stays in the deep waters of the lake, but the best time to catch this Chinook salmon is from late July to September when the annual salmon run takes place.

Silver or Coho Salmon: The second most sought-after salmon at Lake Michigan is the Coho or silver salmon. While the Chinook salmon is popular with anglers for their huge size, the Coho variety of salmon is much smaller in size, but they provide some great action to anglers. Coho salmon is typically found in shallower waters, and the best time to fish for them is from May to early June and then again from September to November. Since these fish are typically smaller than the king salmon, you can catch them with a light tackle.

2. Where To Go On The Indiana Shoreline Of Lake Michigan For Salmon Fishing?

There are many perfect spots to launch from at the Indiana coastline of Lake Michigan. Some of these include: 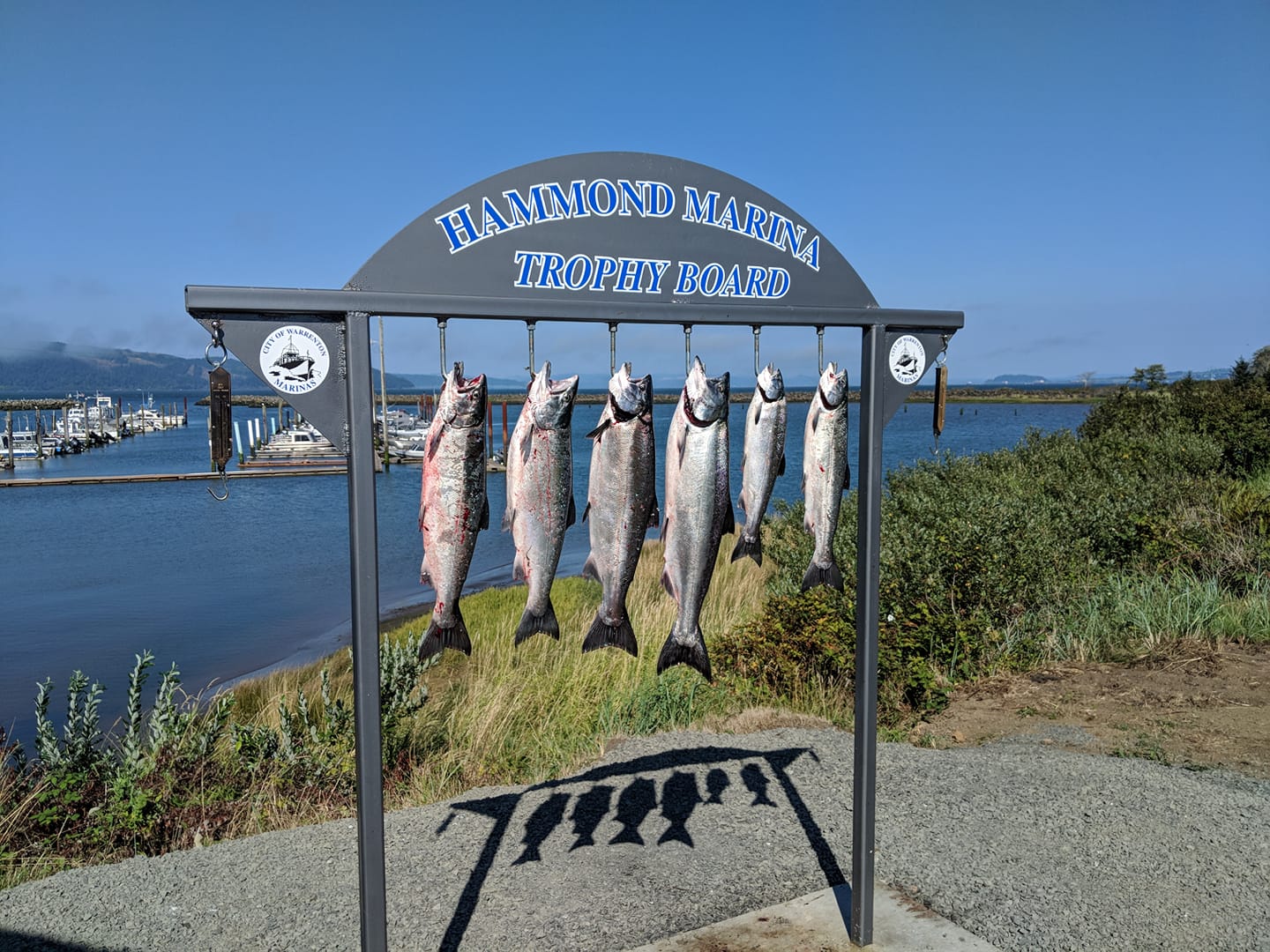 All these ports have great boat launches, and many facilities are also there for anglers. These spots will provide you with some excellent fishing opportunities for the Chinook and Coho salmon, as well as brown trout. Apart from these, you will find that Indiana has a special stocking program for the Skamania summer run steelhead. Indiana is also the only place along Lake Michigan where you can find Skamania eggs, and that too in huge quantities.

3. When To Go For Salmon Fishing at Lake Michigan?

Along the entire Lake Michigan basin, Indiana is the best state for indulging in early spring fishing. It becomes possible for anglers to try their luck at salmon fishing as soon as the ice melts, and that too from both from the shore and from boats. The unique U-shape coastline of Lake Michigan in Indiana lets you find shelter from the wind, and you are lucky because the other states don’t really have any such advantage for anglers.

The best time to fish for salmon in Indiana at Lake Michigan is from March to May. This is the time when most of the salmon are present in the southern part of the lake because of factors like warmer and shallower water.

The best part of fishing at Lake Michigan from Indiana is that this is the only state that also has huge numbers of summer-run Skamania steelhead. If you want to catch these, the best time is from June to August, when the Skamania steelhead returns to the Indiana streams.

For those wanting to fish for salmon at Lake Michigan, you can do this in several ways. You can either hire a charter boat, take your own boat, or you can even fish directly from the shore itself. All of the shoreline along Lake Michigan in Indiana provide many shore fishing opportunities. The best place to catch salmon would be at the mouths of rivers, especially during the salmon runs.

The best option for those who are new to salmon fishing or not familiar with the Indiana shoreline is to hire a charter. Remember that salmon are smart fish, and they respond very quickly to any change in the water, be it the temperature or any type of biological factor. This means that you need to have some experience to be able to get a good catch. You will find an experienced charter captain to take you into the water at any of the harbors located along the shoreline of the lake. 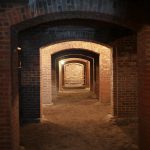 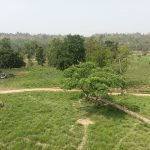 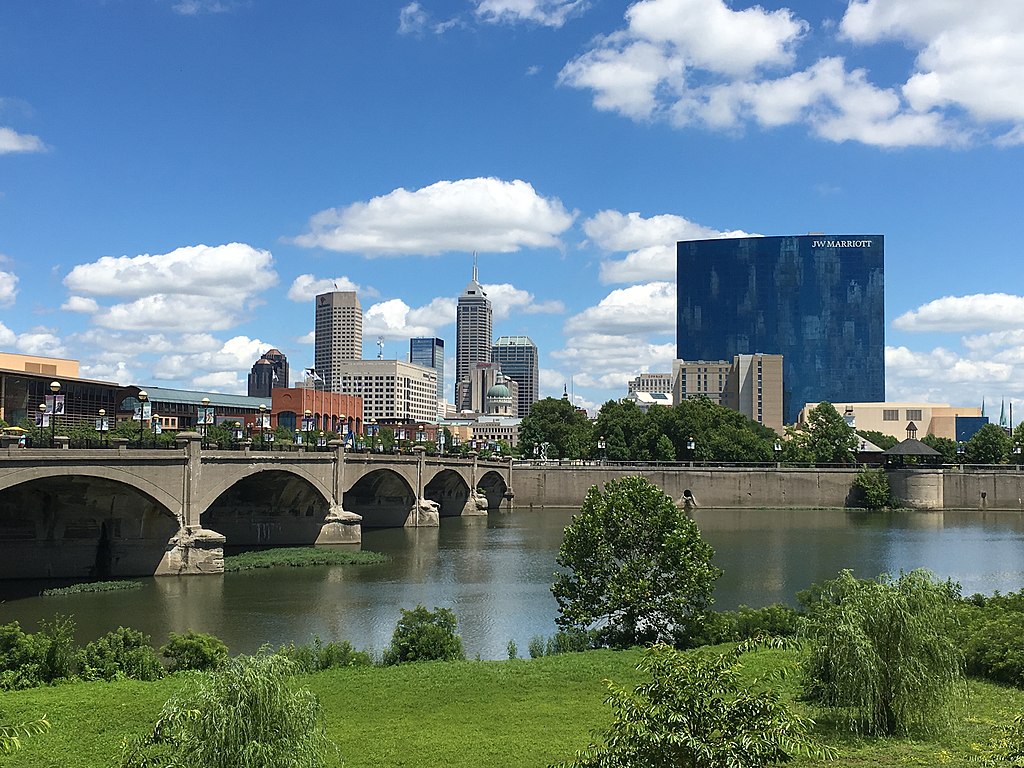 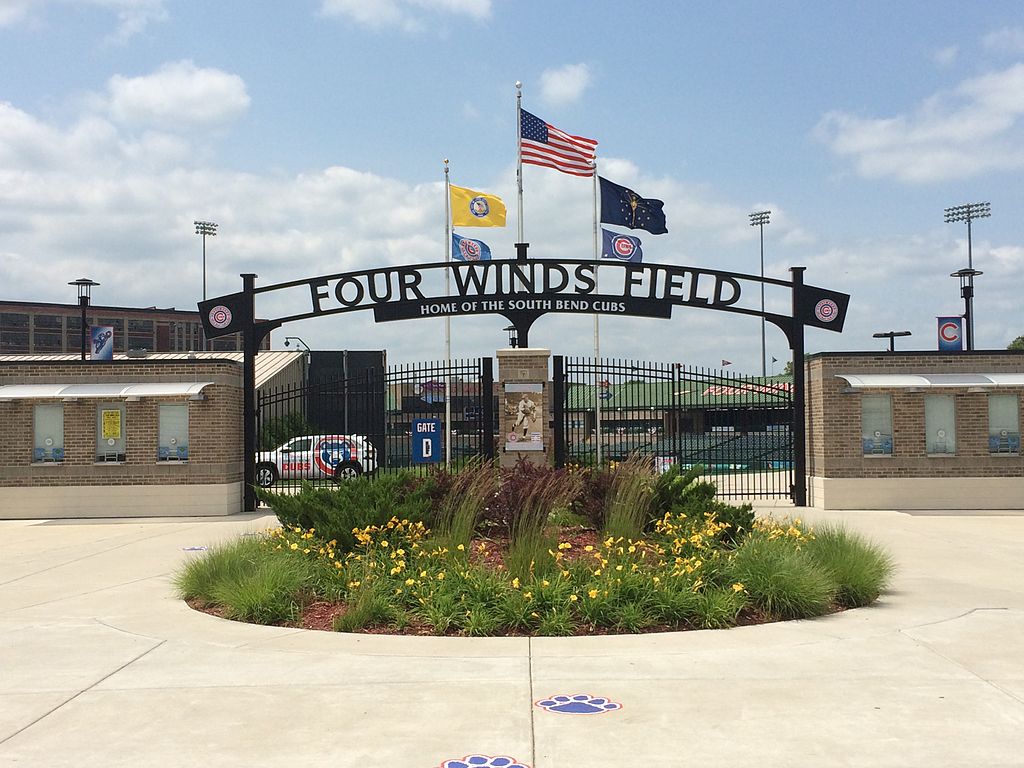 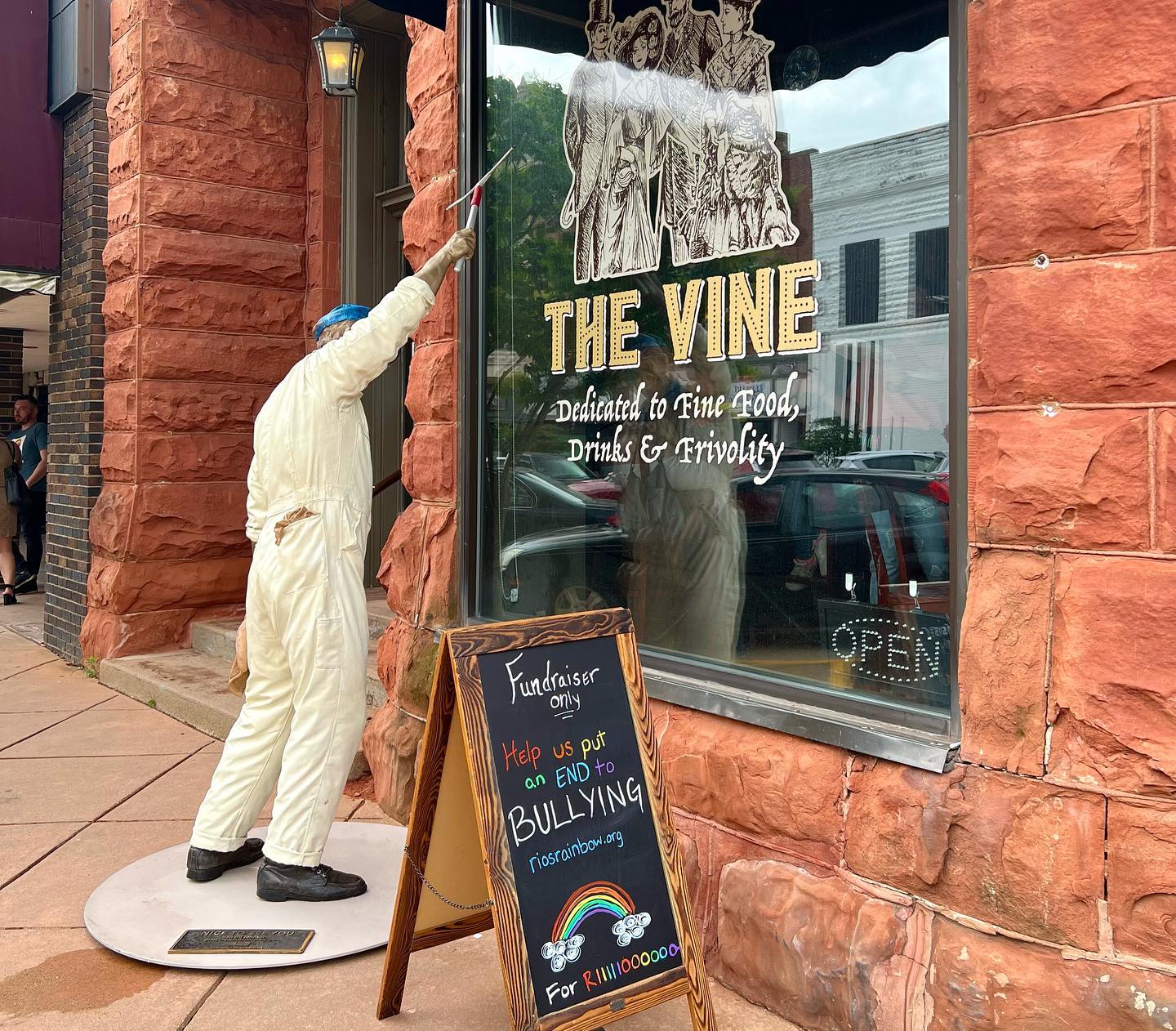