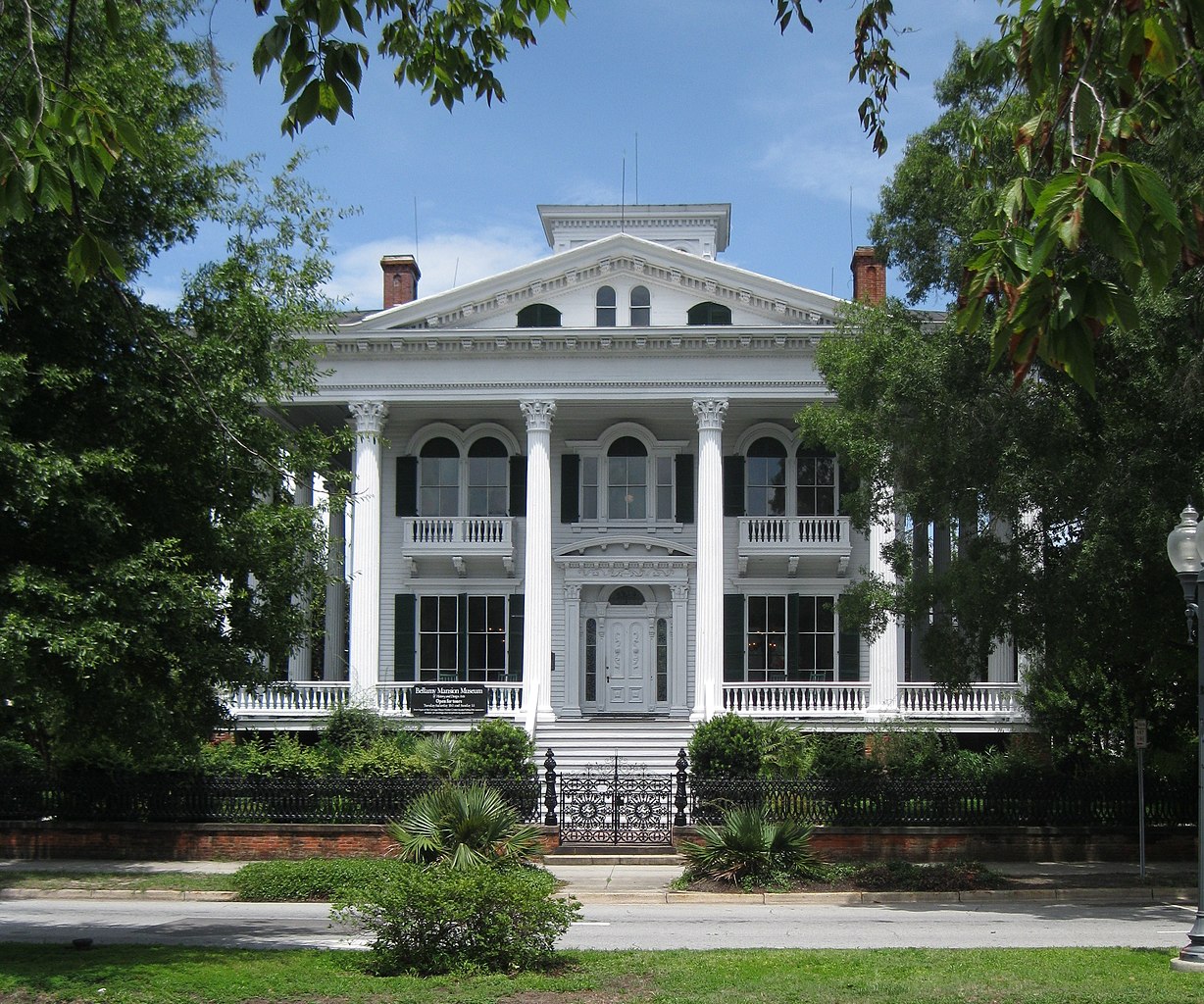 North Carolina is a beautiful state loaded with a rich and distinctive history. The state was founded back on 21 November 1789 as a royal colony, one of the Thirteen Colonies. Though even before that, North Carolina saw multiple changes, development, and reforms that are today a part of history. North Carolina is home to around 2,900 properties, all of which are popular as Historic Landmarks. These special spots represent the history of the state as well as the nation and draw a million tourists every single year.

North Carolina has played a fascinating role in the formation of the United States. From the First flight to the French and Indian War, the Revolutionary War, and the civil rights movement, the noise in North Carolina began in 1585 with the first wave of English settlers. The state even played one of the major roles in a couple of key points of 20th-century history. Historic Landmarks in North Carolina are in abundance, and therefore narrowing down the best is slightly tricky.

8 Famous Historic Landmarks in North Carolina That You Must See

However, we have still tried to conclude down the top 10 Must-visit Historic Landmarks in North Carolina. Have a look:

One cannot overlook the Biltmore Estate when talking about the popular Historical Landmarks of North Carolina. Built between 1889 to 1895, this estate was once a vacation home for George and Edith Vanderbilt. Today’s stunning Biltmore Estate is spread over 8000 acres and is a private house owned in the entire United States. It even is the most prominent and finest example of Gilded Age Mansions. Today, enthusiasts reach Biltmore Estate to tour its historic house museum and appreciate the grandeur of its architecture and interiors. A visit to the house itself allows individuals to explore 178,926 square feet, all of which is a sumptuous treat for the senses. It also features a lot of fun options, including on-site shopping, lodging, dining, and more. Also, Biltmore Estate’s outdoor grounds and gardens are a fine addition to check out. 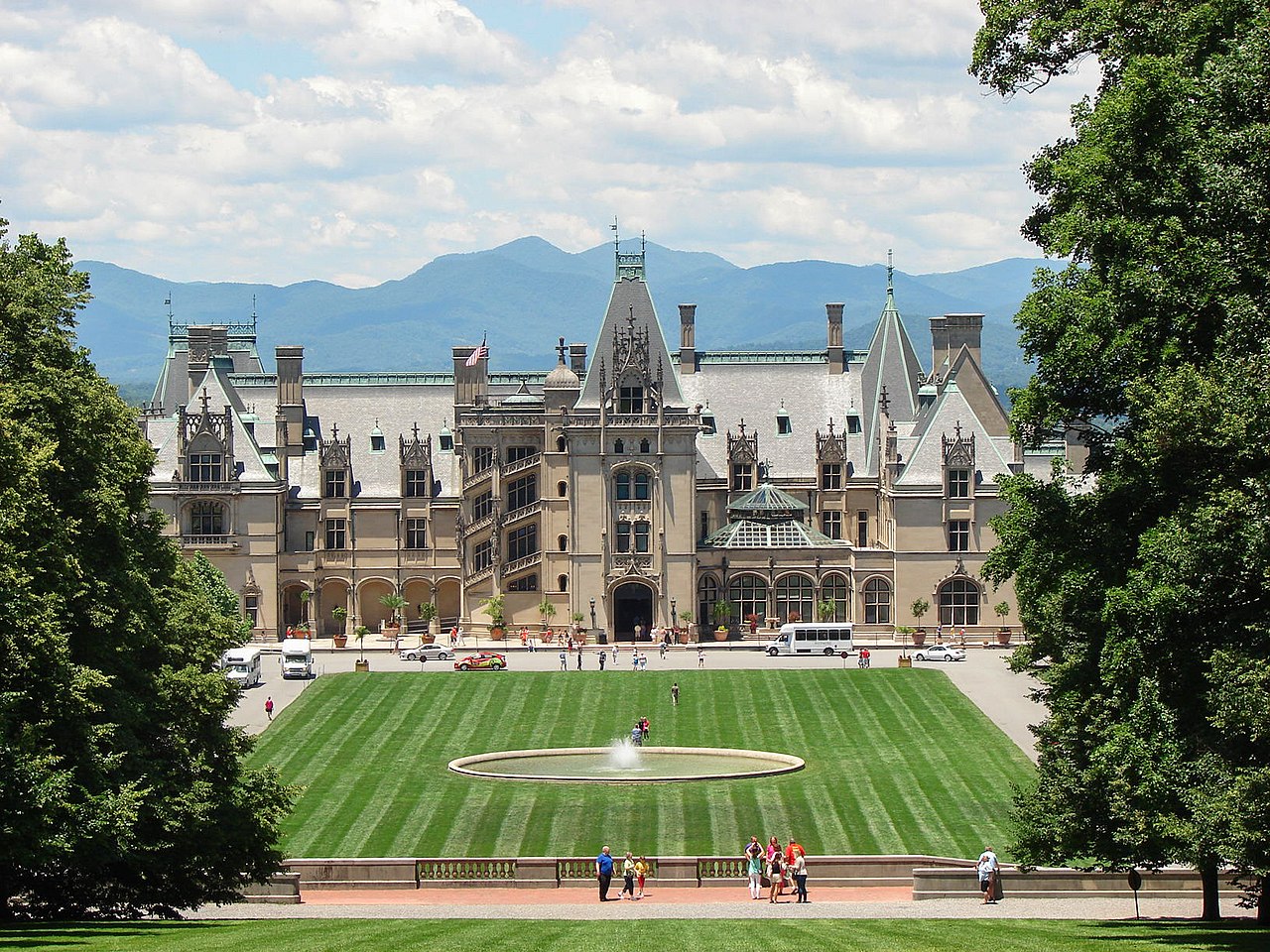 Another popular historic landmark in the United States, USS North Carolina, is a must-visit place. USS North Carolina (BB-55) was the first vessel of the type built for the United States Navy. It was one of the first battleships of the 10 to be part of the US fleet and played a crucial role in World War II. USS North Carolina received 15 battle stars during her service, and its bravery and excellence are celebrated even today. Presently the State-of-the-art weapon is moored on the Wilmington River and is one popular point of interest for history buffs. The ship operates for historic tours featuring an introductory film, an exhibition hall, and nine levels of the ship. Visitors can even start the engine or fire one of her guns and pretend to steer the ship. 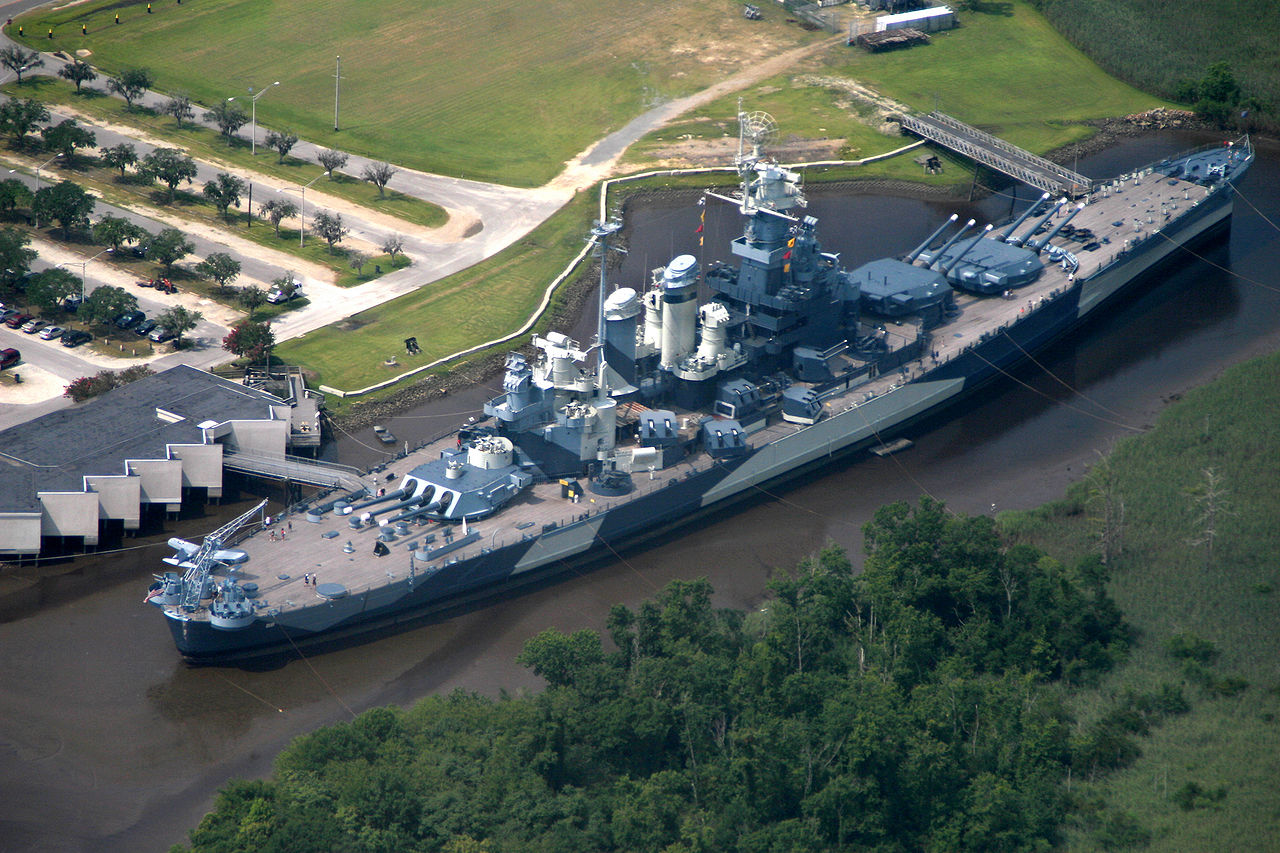 The only Jesuit parish and oldest Catholic Church in Charlotte, St. Peter Catholic Church is another historical wonder in North Carolina. The church was established back in 1851, and it was the only Catholic church in the region until 1940. The original St. Peter Catholic Church was at the extreme southern limits of Charlotte, though today, it is next to ‘The Greens’ in the heart of uptown. The original structure was structurally unsafe and, as a result, was damaged during the Civil war and even later on. However, the one you can see today is from 1893 and is a simplified Victorian Gothic-style structure built in dark color bricks. Its unique appearance grants the church a very cunning profile against the more modern structures. Individuals can visit the church for masses and services or to join youth and adult-oriented education and spiritual formation programs. When in Charlotte, North Carolina, it is one fine place for spiritual and tourism activities. 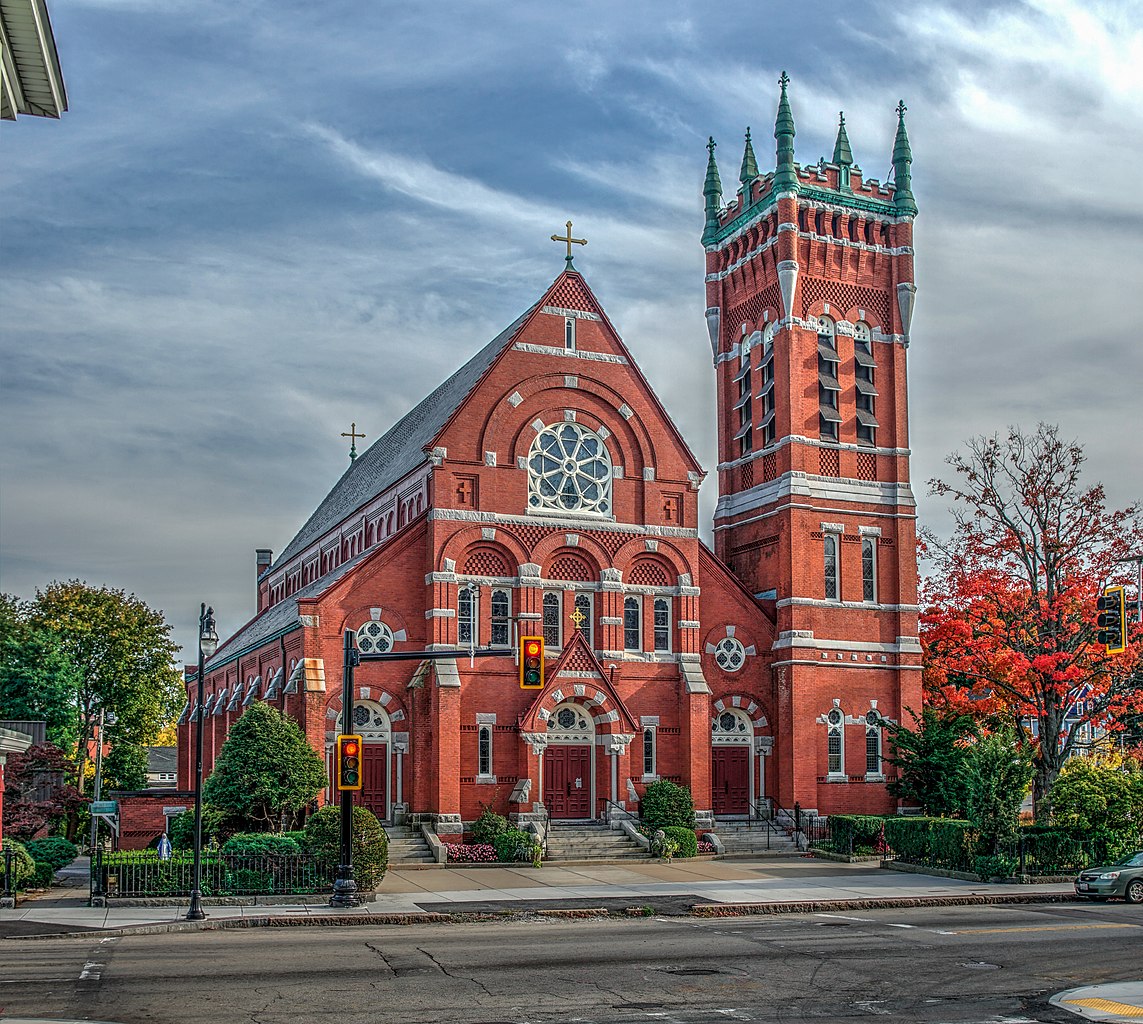 Located in Midland, the Reed Gold Mine is a famous historic landmark in North Carolina that you must see. America’s gold rush, though often reminds of California, but was Reed Gold Mine, where the first gold was discovered, or at least documented. The first discovery here was recorded in 1799, which further spread through the entire nation and leading to1848 California Gold Rush. Reed Gold Mine in Midland today is a popular historic landmark and a tourist destination. Enthusiasts can visit the site for guided tours and interpretive information that sheds light on the event and the general history of North Carolina. Besides exploring the stills, visitors can even pan for gold themselves as well. The site also features a world-class museum and a few restaurants that are a must-check out. 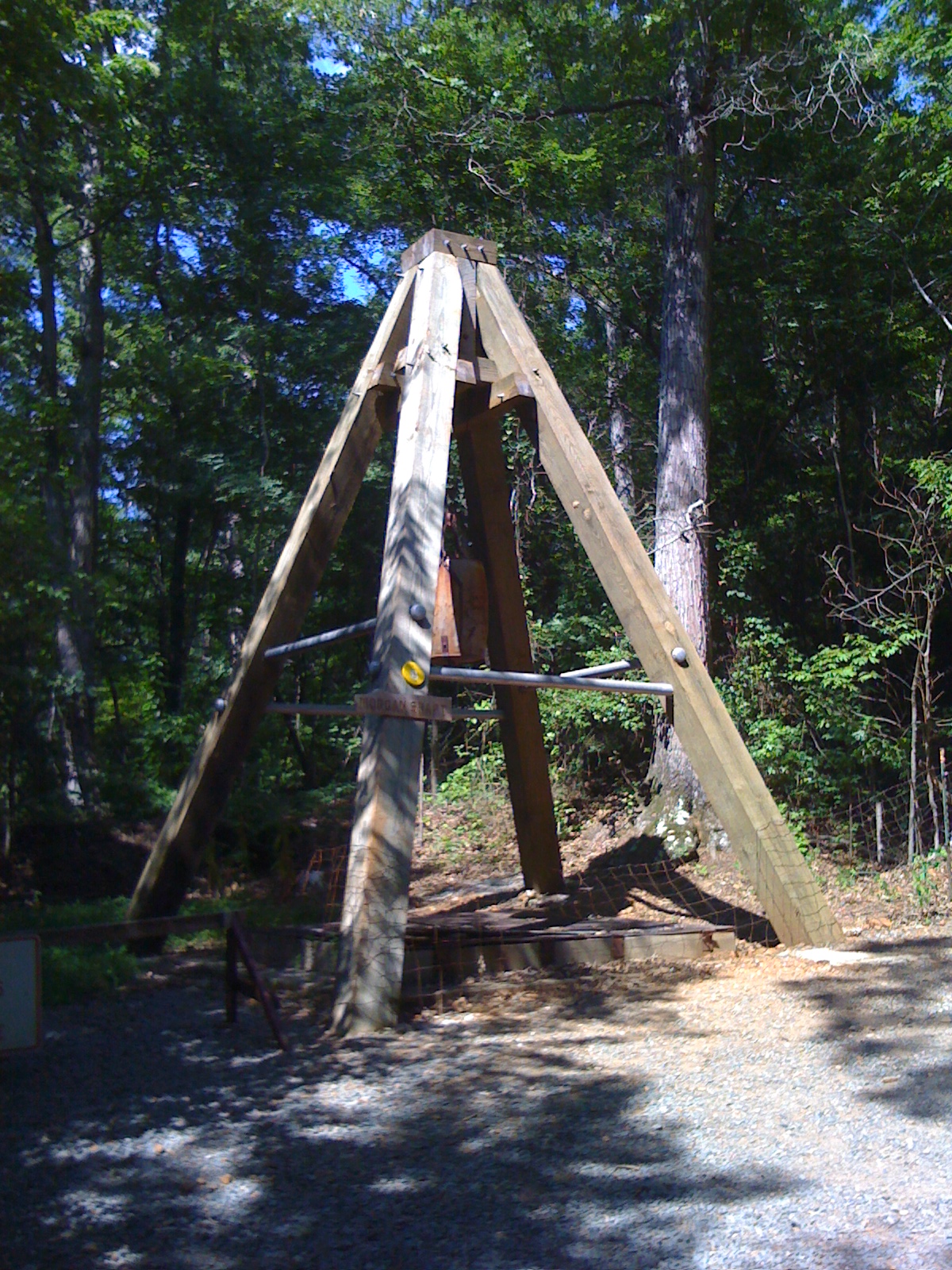 Located in downtown Raleigh, the State Capitol Building is another popular historic landmark in North Carolina. This well-known tourist attraction is the former seat of the legislature and the most intact example of a Greek Revival public building in the United States. The structure once housed all the state’s government, but today its first floor is home to the governor and his immediate staff. The North Carolina State Capitol Building offers tons of history, heritage, and endless spooky stories. During day hours, individuals visit here for tours related to architecture, history, and politics. While walking through the site, you will come across original furnishing, period clothing, books, newspaper cutting, and other historical documents. Whereas during the night hours, it allows individuals to surf through unsaid truth, a possible murder, and more scary stories. 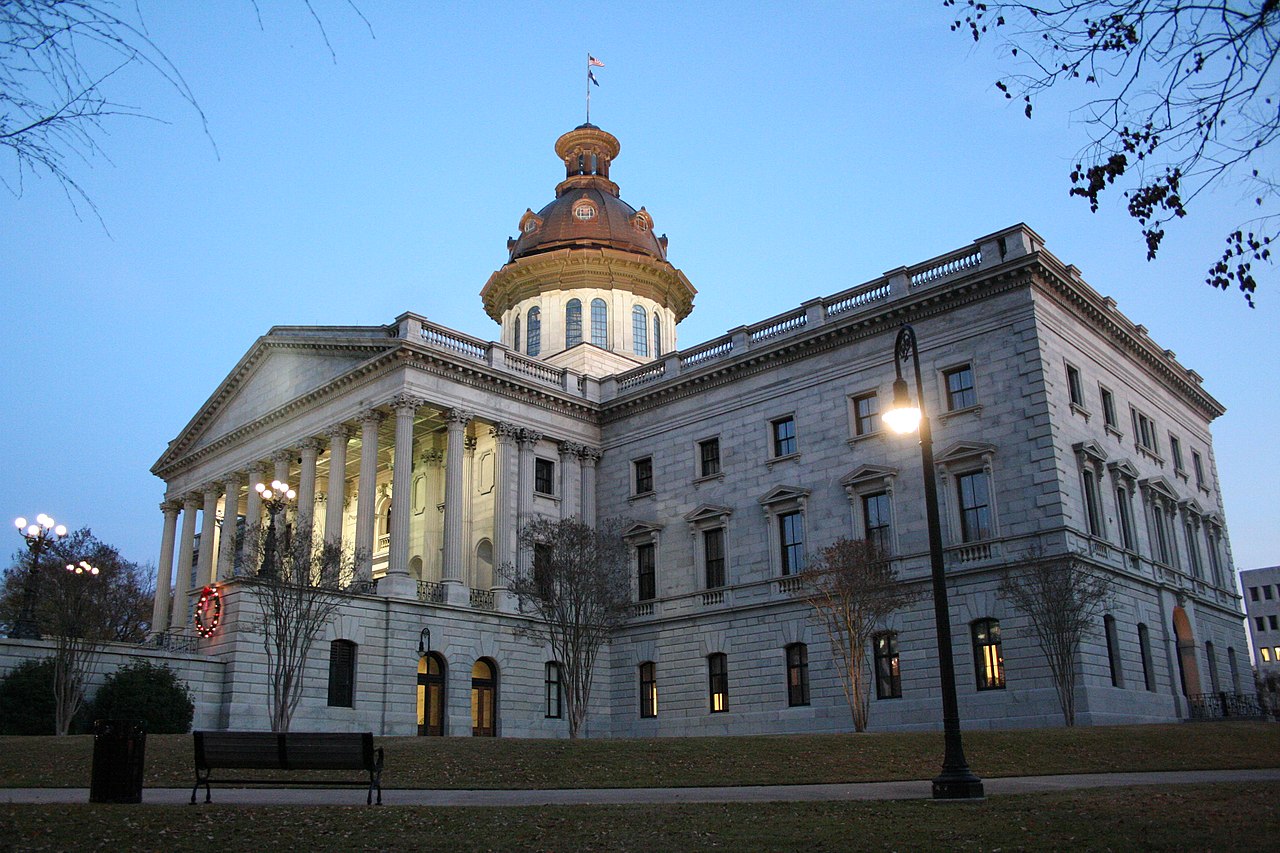 Bellamy Mansion is one fine example of historic antebellum architecture in North Carolina. The structure is present in Wilmington and was built between 1859 and 1861. It features a mix of Greek Revival and Italianate and other Neoclassical architectural styles. Operating today as Bellamy Mansion Museum, this extraordinary architectural wonder calls for a spectacular walk for both its exteriors and interiors. Individuals can tour the ground of the mansion, including its 22 rooms, restored slave quarters, and lush gardens. The mansion offers a knowledgeable guide that provides individuals with a history of the family, the enslaved people who worked here, and of course, the architecture. Bellamy Mansion is a part of Wilmington’s Historic District and is open for tours from Monday through Sunday. Volunteer-led guided tours, Guided tours, and Multilingual audio tours are all available at the place. The tours begin at 10 am, and the last of them departs at 4 pm.

The seat of the early US government and the first official Governor’s Palace, Tryon Palace, is another wonder from the past. The Palace was built back in the second half of the 1700s in New Bern and was a prominent part of North Carolina’s state occasions and hospitality. However, the original Tryon Palace was burned down into ashes right after the state capital was relocated to Raleigh. The building you can see today is a recreation of the original architect’s plans on the same site. It was built in the 1950s and became operational for a public visit in 1959. Operating as a State Historical Site, Tryon Palace holds all the beautiful colonial charm and glory. This Georgian-style building is open for tours, including the stunning residential areas as well as the extravagant and beautiful 16 acres of garden space. Inside the Palace, you will come across an 8-minute intro film, a Barbour wood boat exhibit, and some incredible regional history.

Last, though not the least on our list, is the Blandwood Mansion. This historic house museum was originally built in 1795 as a four-room Federal-style farmhouse. It today is a National Historic Landmark and the oldest extant example of the Italian Villa Style of architecture in the United States. Blandwood Mansion once served as residence to governor John Motley Morehead who also transformed it into how the building looks today. Currently, Blandwood operates as a museum and is open for historical as well as architectural tours. The 4 acres of ground today holds a 1970 restored octagonal Carriage House. It is presently used for special events and programs. Individuals can join multiple tours and events, including musical events, weddings, historical events, picnics, parties, and educational activities. When in North Carolina, do visit America’s greatest heritage building. 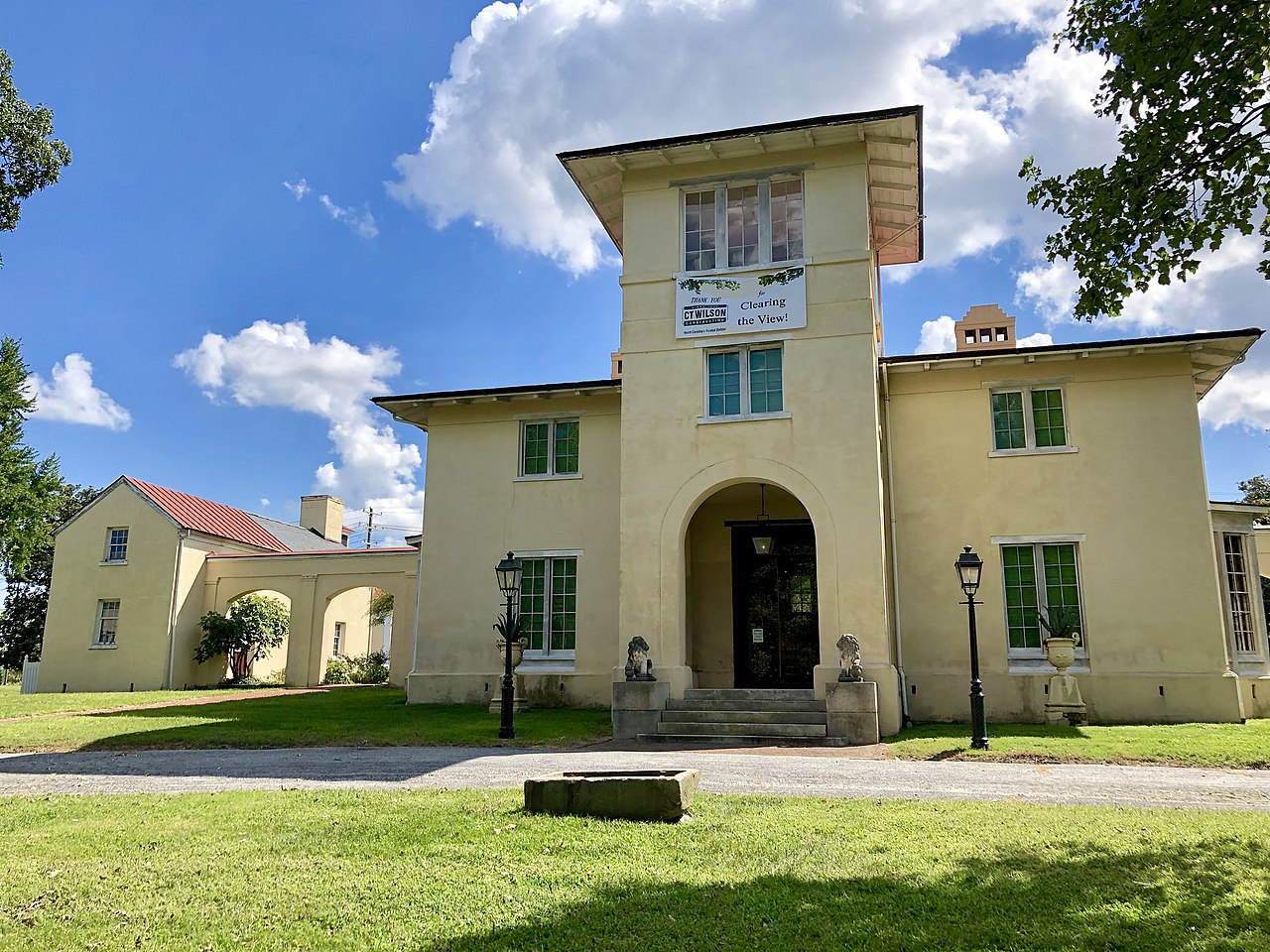 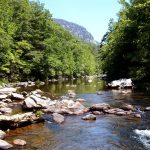 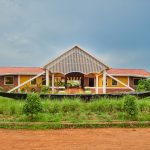 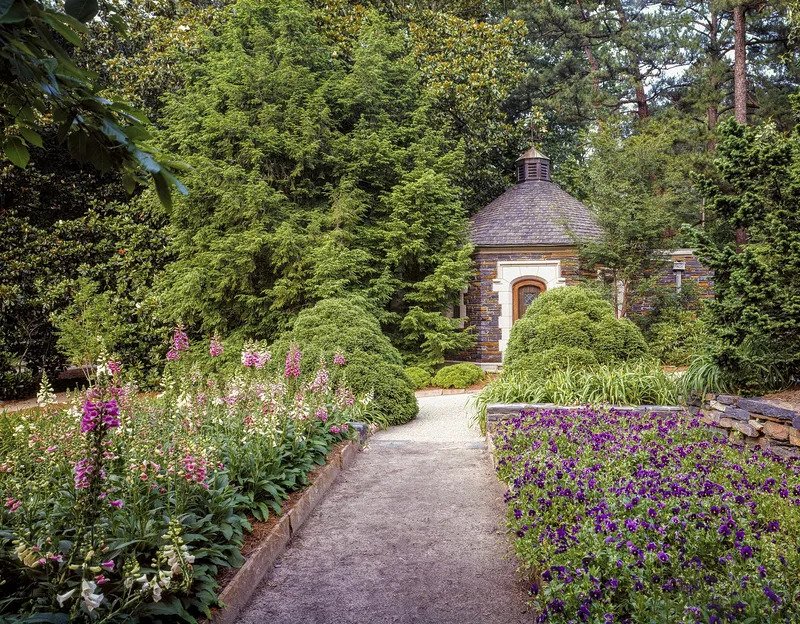