Ho Chi Minh City is a melodious sensory community most often called by its old name, Saigon. The bikes overcrowd roads in tides; the local people hang out at the street corners amidst the sensual air filled with exotic cuisines and street food around. Ho Chi Minh is Vietnam’s largest trading hub and a location where old and striking contrast is found. Temples sweep amid skyscrapers and designer shops, and the city, with its elegant colonial French style and wide avenues, feels nearly Western.

The Opera House auditorium was constructed in 1897 but has since been remarkably maintained as among the best examples of French architectural styles in Saigon. Opera House is on Dong Khoi Road. The Opera House holds an A O Show, an exhibition of traditional Vietnamese performance using bamboo if visitors are interested. For the event details and schedules, one must search the official site.

Ben Thanh Market is indeed a mandatory stop to witness the crowded stalls and madness of the market. The stalls are filled with everything from culinary delights to shoes, clothes, sweets to mementos, seafood, flowers, and exotic fruits. The markets are also popular for luggage lifting, so ensure that your valuables are protected and undisclosed. After taking the whole atmosphere, head to Saigon Square about a three-minute walk to experience less hectic shopping with an air conditioning perk. Here’s a great discount on everything from clothes, suitcases, gems, and footwear. In both places, bargain hunting is common.

A half-day journey and one of the best tourist tours in town is about 60 km from Ho Chi Minh City. This vast network of tunnels, Cu Chi Tunnels, with a surface of more than 250 kilometres, formed the base of Viet Cong operations during the Vietnam War. Troops used these as hiding places, hospitals, contact points, supply roads, and living quarters to the atrociously narrow tunnels. This trip typically involves crawling through some of the tunnel networks, which will make you more proud of soldiers who have served here, and their endurance and adaptability will be appreciated. Although you are not a fan of modern war history, the tunnels provide a perspective into the conditions faced by the soldiers during the war and tactics which reinforced the resistance of the VC to US forces. 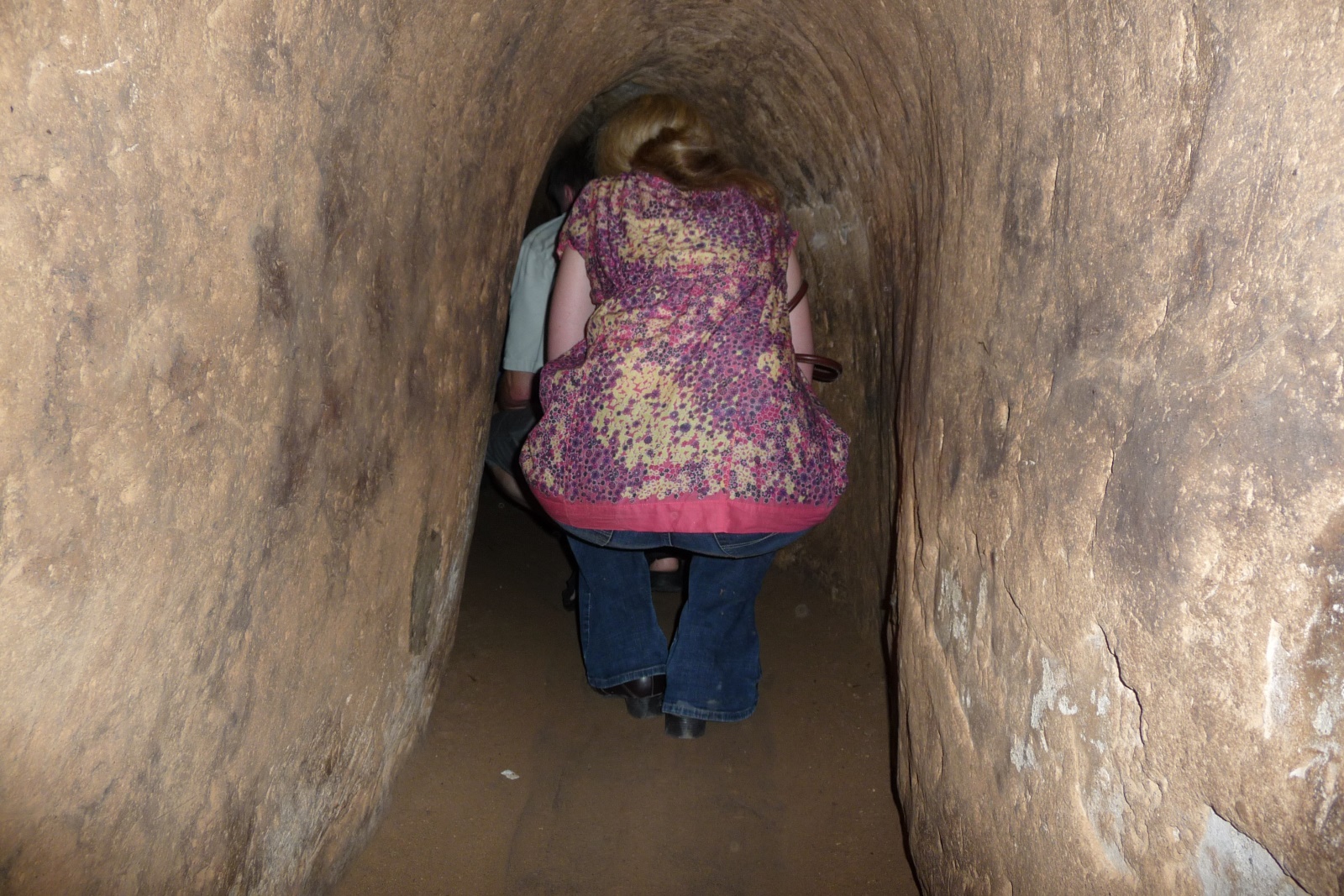 A skyscraper that looks like a lotus bulb, called the Bitexco Financial tower, is higher than any other building in Ho Chi Minh City that towers to the clouds. Tourists can do a variety of things while they are at the Bitexco Financial Tower, but the most popular attraction by far is to use the building’s height to see the region, making it one of the top sightseeing places in Ho Chi Minh City. The lower floor of the tower is a mall, with a handful of cafés, but not much else. Offices occupy the majority of the place. Skydeck is open daily from 11:30 am to 9:30 pm, and cafes from 11.30 am to 11 pm. 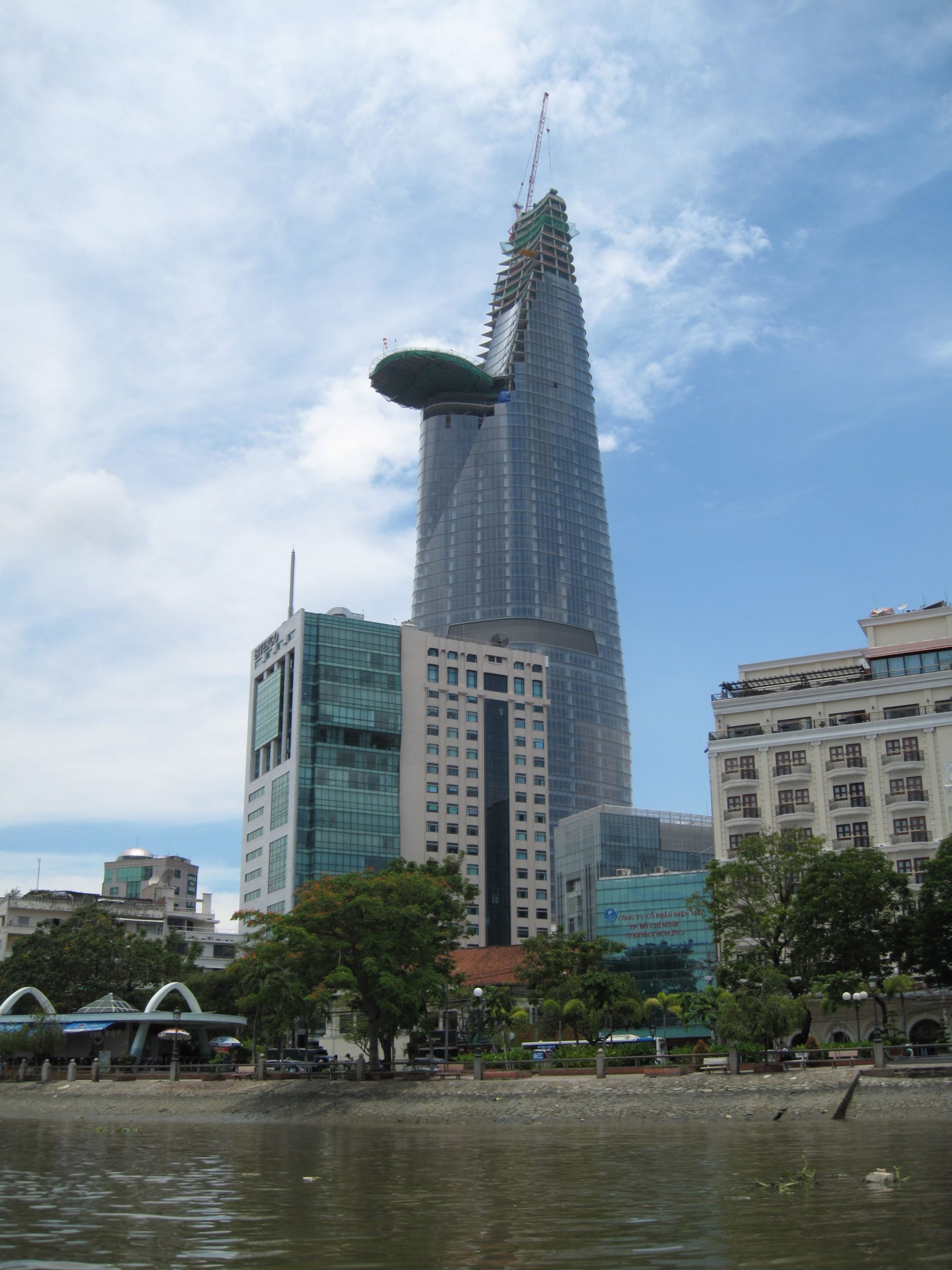 First opened to the public in 1975 was the War Remnants Museum in Ho Chi Minh. This is a startling reminder of the long and painful Vietnamese war, once known as the ‘Museum of American War Crimes.’ American military vehicles and graphic images are displayed. A helicopter is available, with rocket droppers, a tank, a bomber, an attack aircraft single-seater. A conventional bomb weighing 6,800 Kg can also be seen. Between 1945 and 1975, American forces used these Vietnamese weapons. 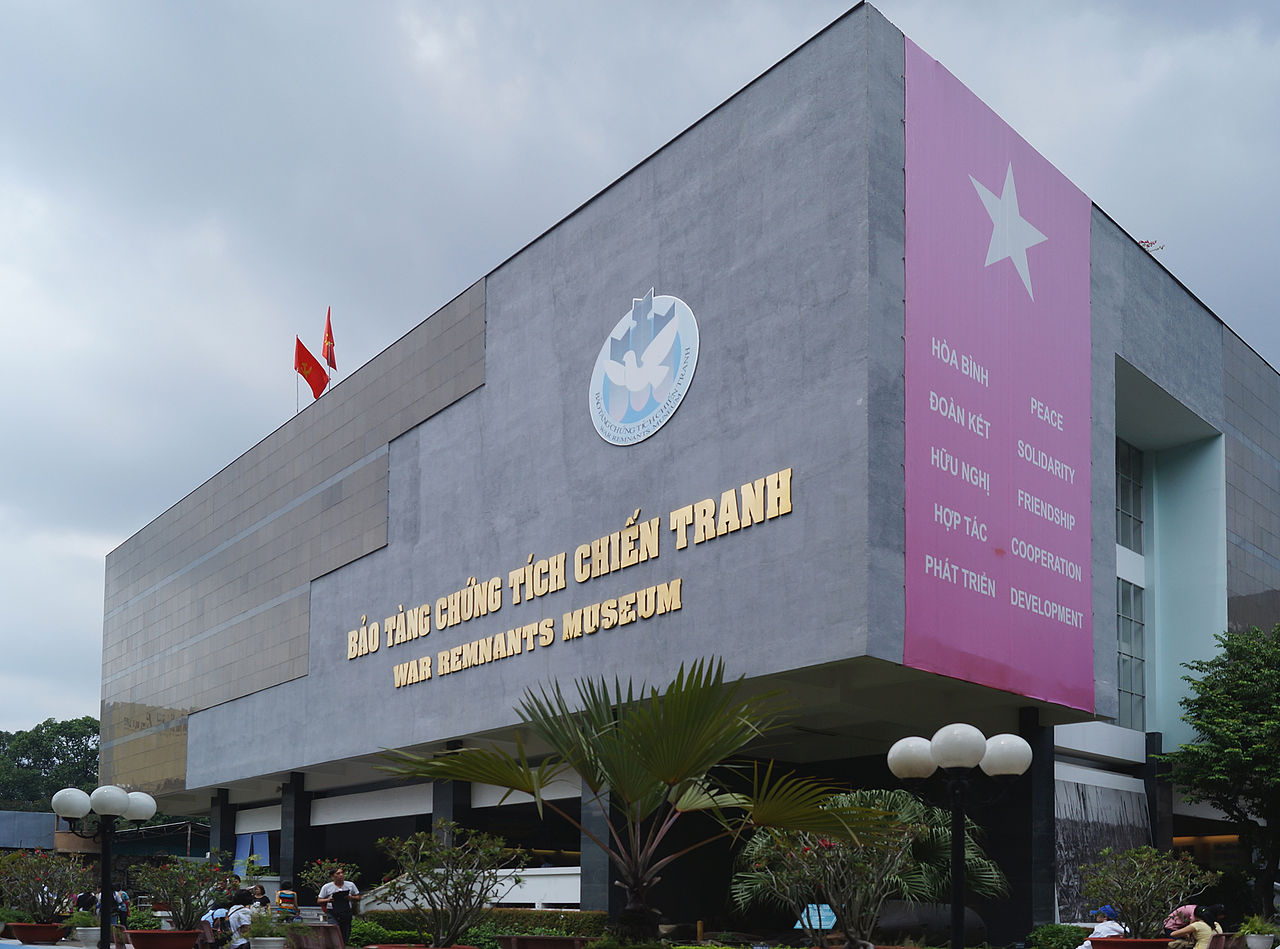 Add Cao Dai Temple to your travel plans if you want to visit religious temples in Ho Chi Minh City. Outstandingly adorned with icons, abstract patterns, and pictures of saints are the interior and exterior of Cao Dai. The sky-blue ceiling with clouds and tiles have lively designs. The columns adorned in a dragon that stretches along the 28th nave representing the Buddha’s 28 conceptions. Seven head cobras are the emotions of all seven human emotions. There are four chanting services every day: 6:00 am, noon, 6:00 pm and midnight. The service is conducted by an orchestra of ten musicians and a group of twenty young people. 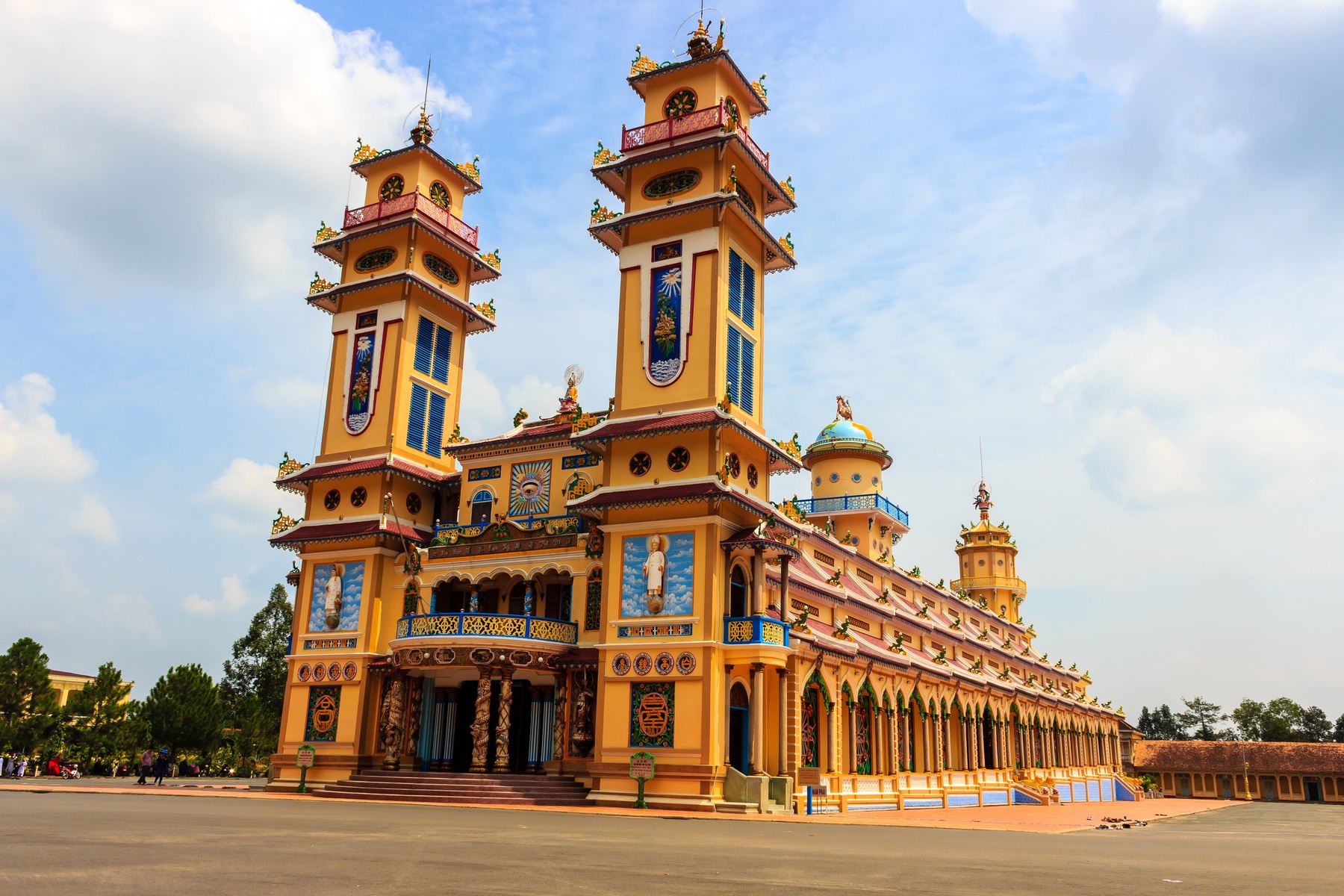 A visit to the Reunification Palace is more about the prior context, once known as the Independence Palace, than any beauty and decoration. Since April 30th, 1975, when a North Vietnamese army tank smashed through the metal gates, ending the war, this 1960s building, which features big, open-air rooms and furniture dated back ages, seemed to be lost in space. The Palace signifies the defining event for locals and the nation’s reunification. Other outdoor military vehicles are displayed, including the Norodom Palace fighter jet and 843 tanks, which ran through the Palace’s doors in April more than four decades ago that dreaded day. 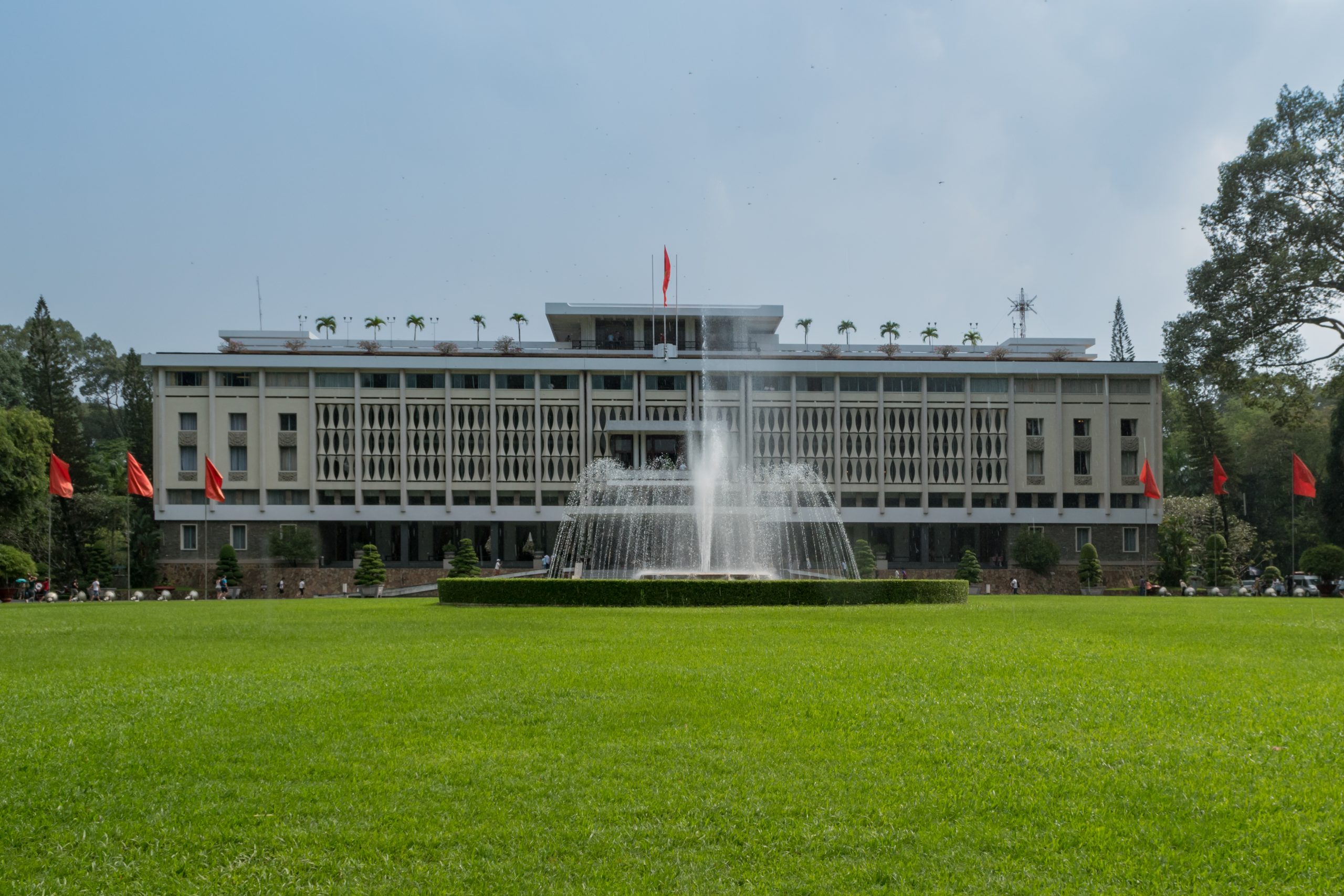 The holy Mariamman Hindu Temple is dedicated to Rain’ Mariamman’ goddess. At the end of the 19th century, this Temple was built and well maintained by merchants from India. The Temple is Saigon’s only Hindu temple and is said to have miraculous power that gives tourists good luck and riches. The Temple’s exterior wall has an impressive array of sculptures of various gods and deities such as Mariamman, Vishnu, Brahma, and Ganesha. Twelve meters in the central hall of the complex (The Radjagopuram) is a well-maintained Mariamman statue flanked by its ‘Maduraiveeran’ and ‘Pechiamman’ protectors. 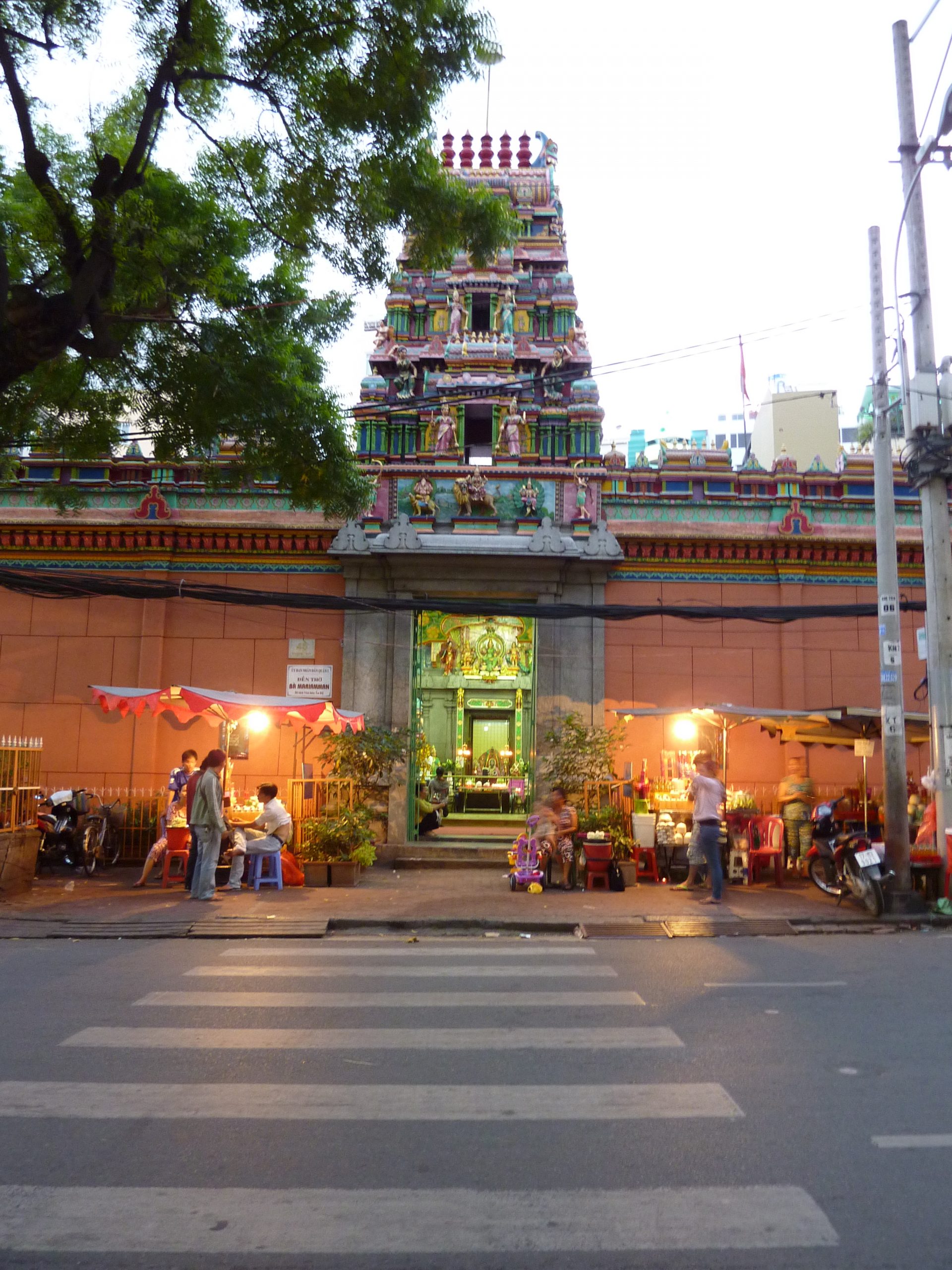 In the heart of Saigon or Ho Chi Minh city, Turtle Lake is home to thousands of street food snack sellers who run a shop and snack centers, hosting and socializing hundreds of young Vietnamese, friends, and family groups. At Turtle Lake, there is an old school park within a roundabout, with a core sculpture looking in the center like a dead tree surrounded by a spiral of water and fountains and a spectacular staircase climb. There are two key snacks everyone eats hanging out, so either Banh Trang or Banh Trang nuong should not be skipped. 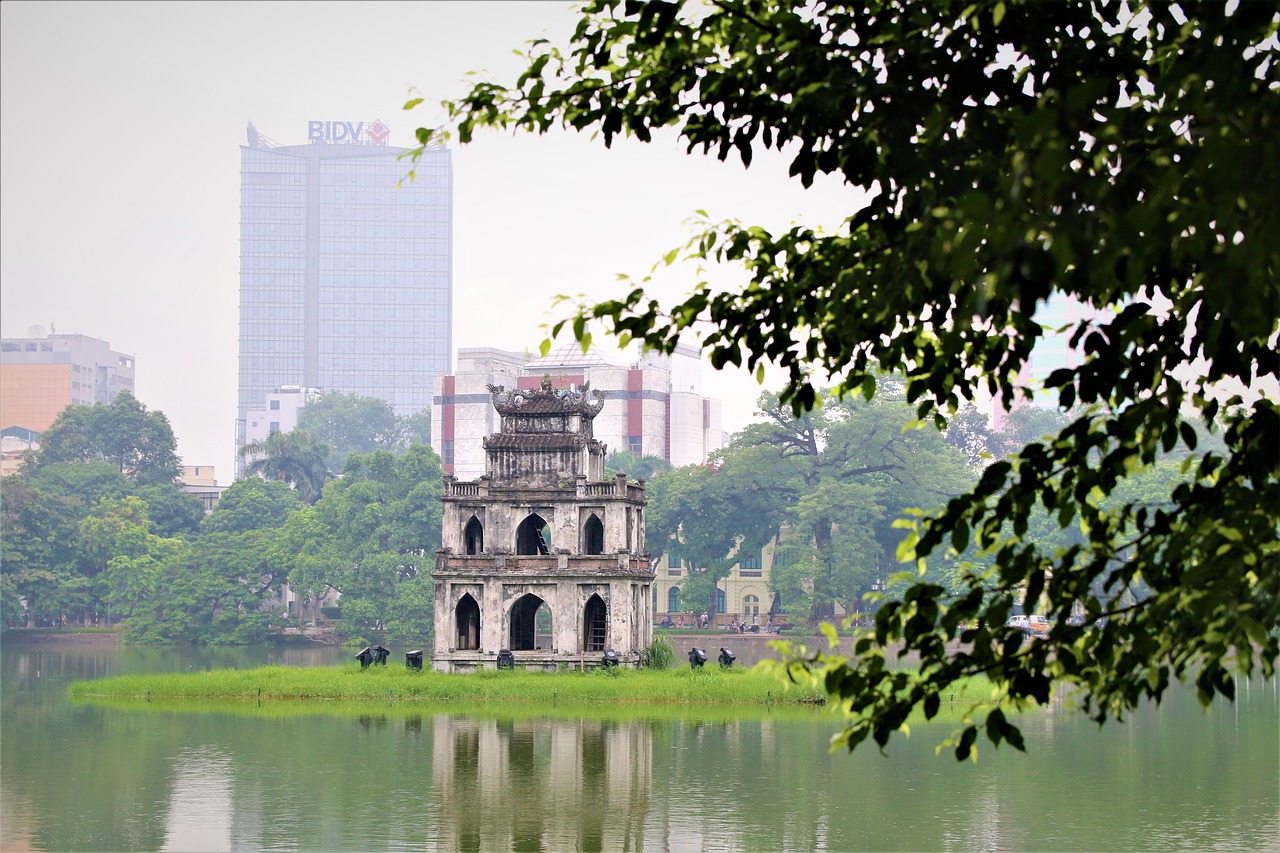 Saigon or Ho Chi Minh city is a fast-growing city, with sky rising offices and condo workplaces rising at nearly scary levels. Some of the most recent developments in the city are rooftop bars and lounges along with high-rise buildings. Saigon’s roads are busy, chaotic and very often crazy – not unsafe, the street life is amazing – but it can be quite pleasant to see it from above, like a birds’ eye and enjoy the town skyline and sunrise with a pleasant drink in the side in a quiet setting.

To food lovers, Saigon or Ho Chi Minh city is an amazing delight because of the wonderful flavors and varieties of Vietnamese cuisine and the quality, volume, and variety of food that you can find around. Besides being very cheap, street food is a way of getting together with friends and enjoying the city’s culture. In every town, along every street and in almost every corner of Saigon, visitors will find street food vendors. You will not always know what you eat, but you’ll have an amazing eating time, and you’ll never forget all the experiences you get because of being curious and exploring various dishes.

Only 6 km from the crowded areas of the Central Thanh Market, the Starlight Bridge location has a different feel relative to the rest of the region. There’s less congestion, and it’s quiet, but the city’s attractiveness still is popular. It’s the best place for relaxing with a beloved one, which in Saigon, of course, gives a romantic feeling. Including some malls and cafés, there are some uncluttered pathways. It creates the impression of someone leaving Vietnam and heading to another country. The bridge extends across the lake and cascades down into a lovely waterfall. 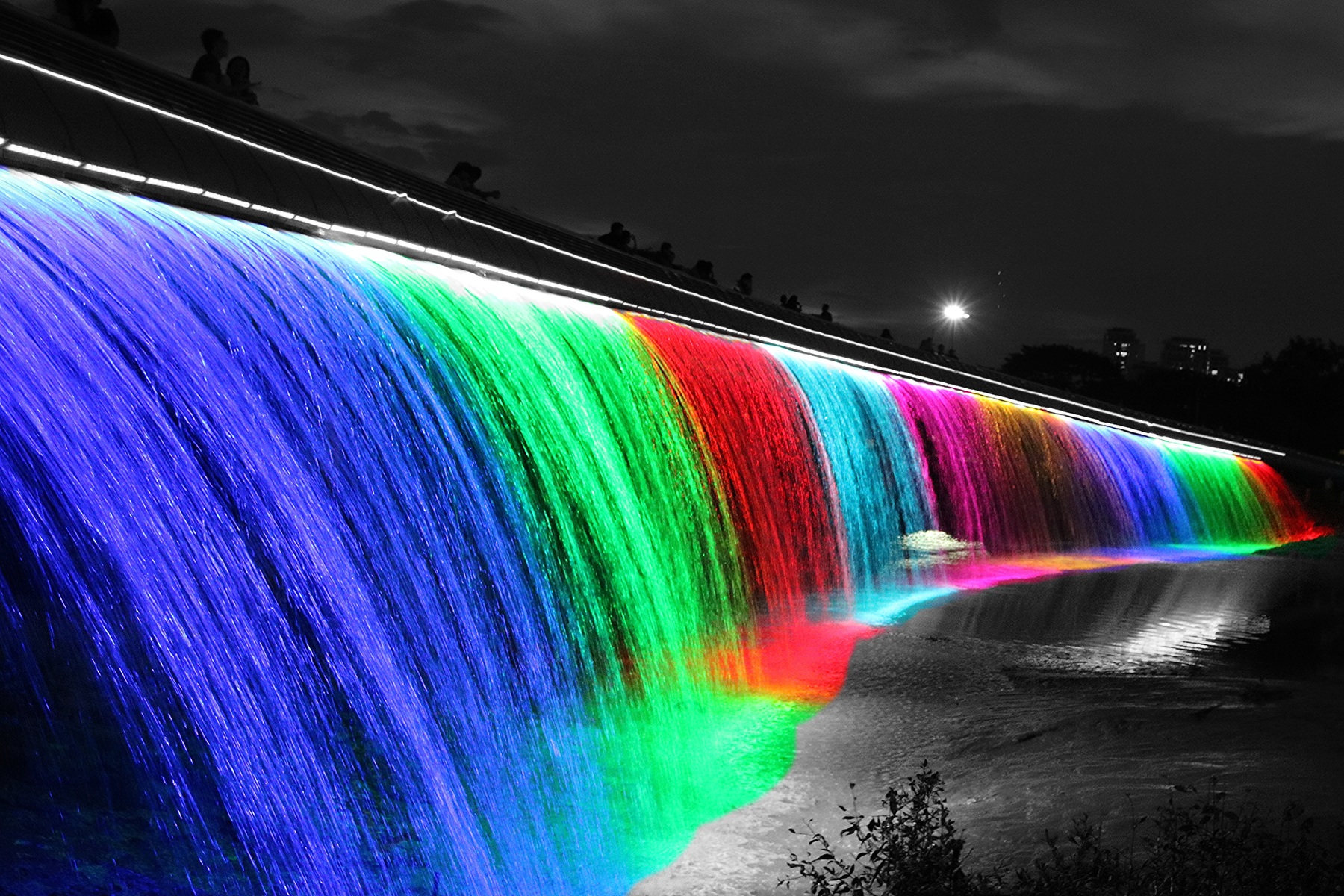 To sum up, while the northern part of Vietnam is cool in the season from December to March, the average temperatures are in the 30s in the southwest of the country. These are indeed the happiest times to visit Ho Chi Minh, but, since there is little rainfall, plenty of blue skies and moist weather is falling just enough for visitors to survive. 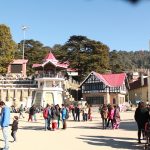 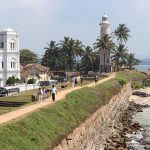 6 Amazing Weekend Getaways Near Colombo (2023) Next 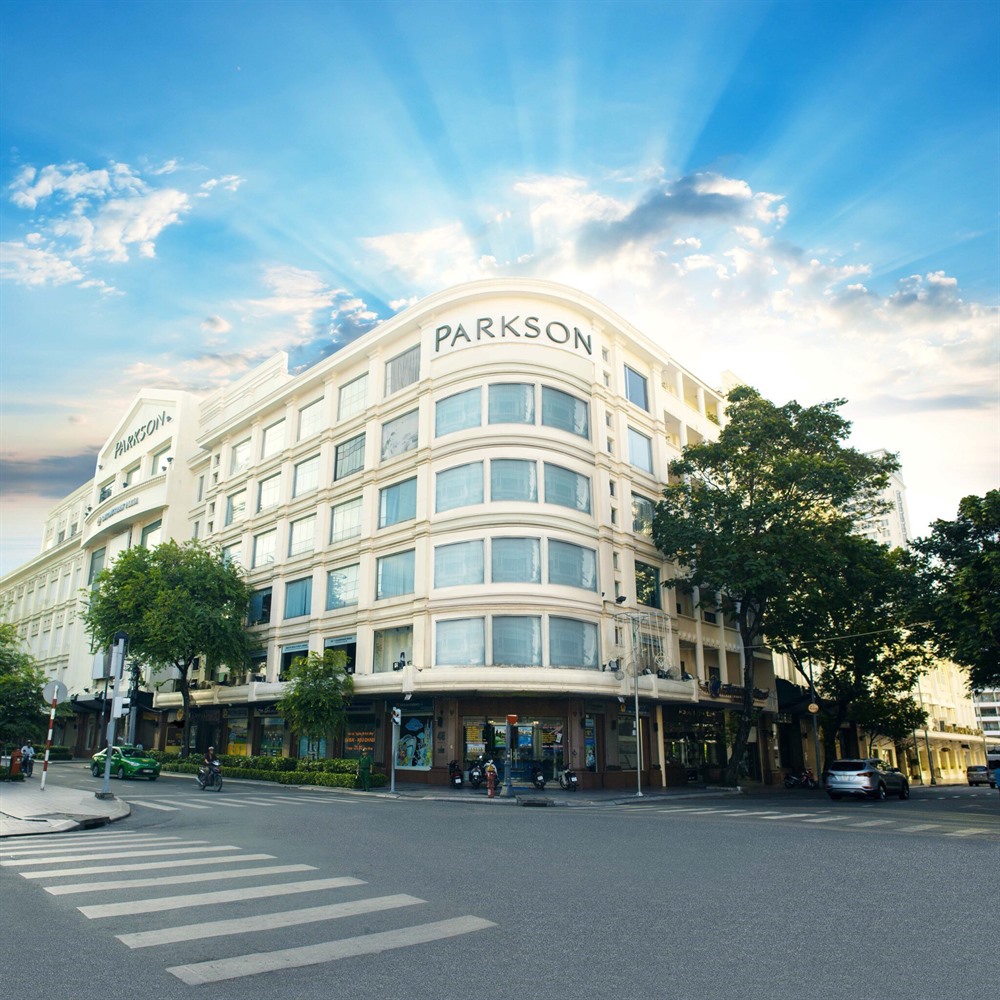 Shopping Experience in Ho Chi Minh City: What To Buy And Where in Saigon? (2023) 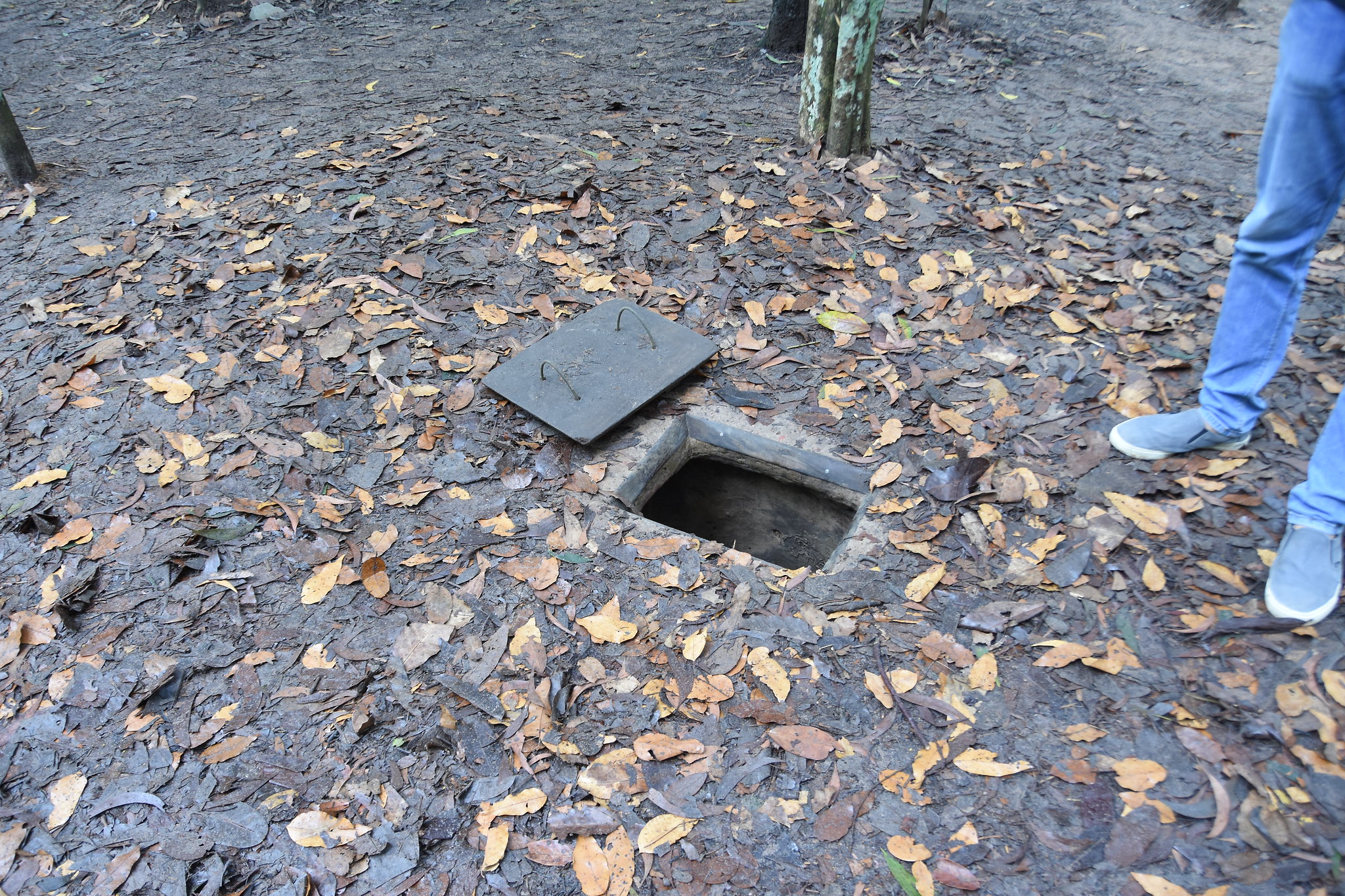 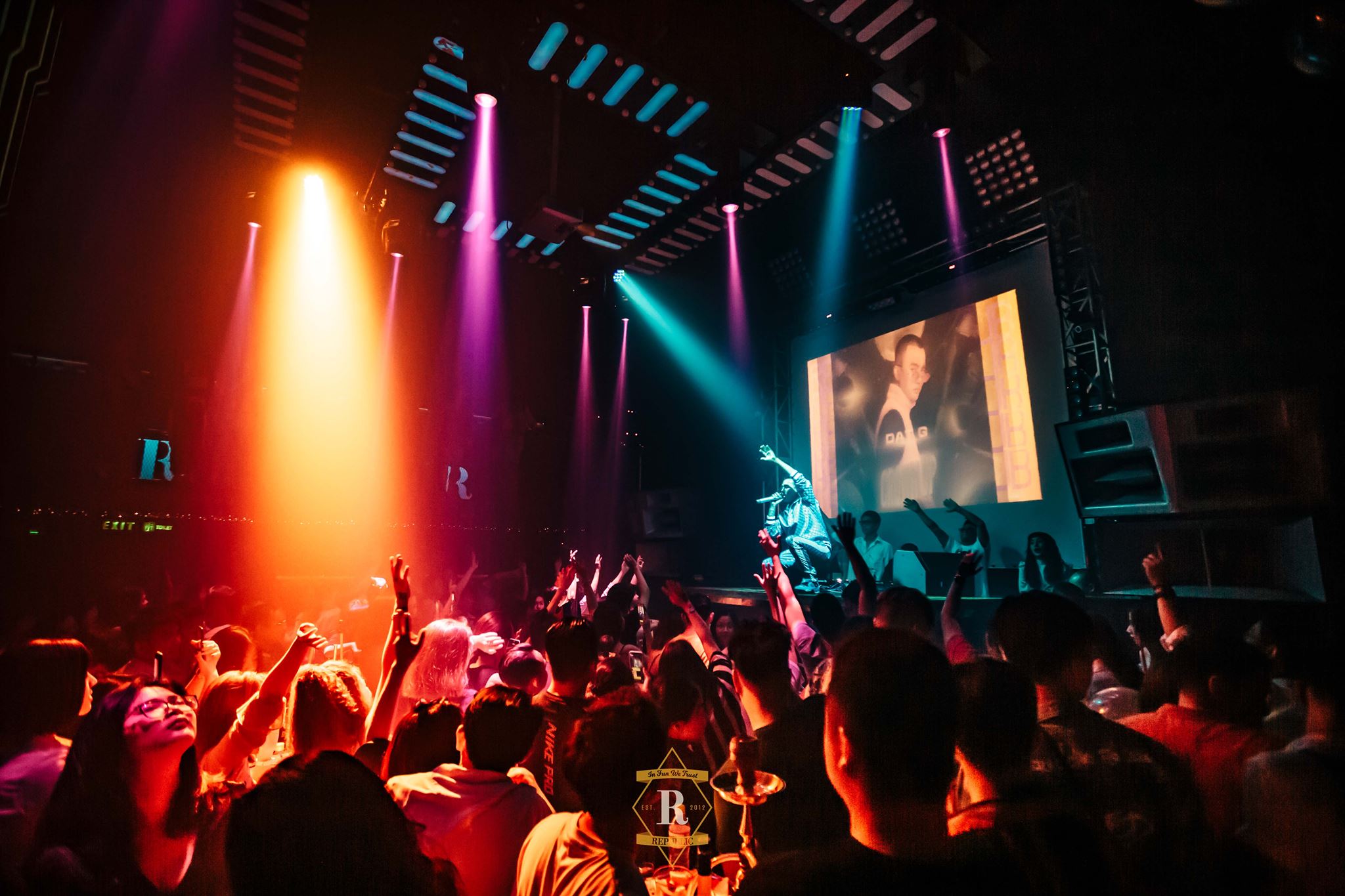