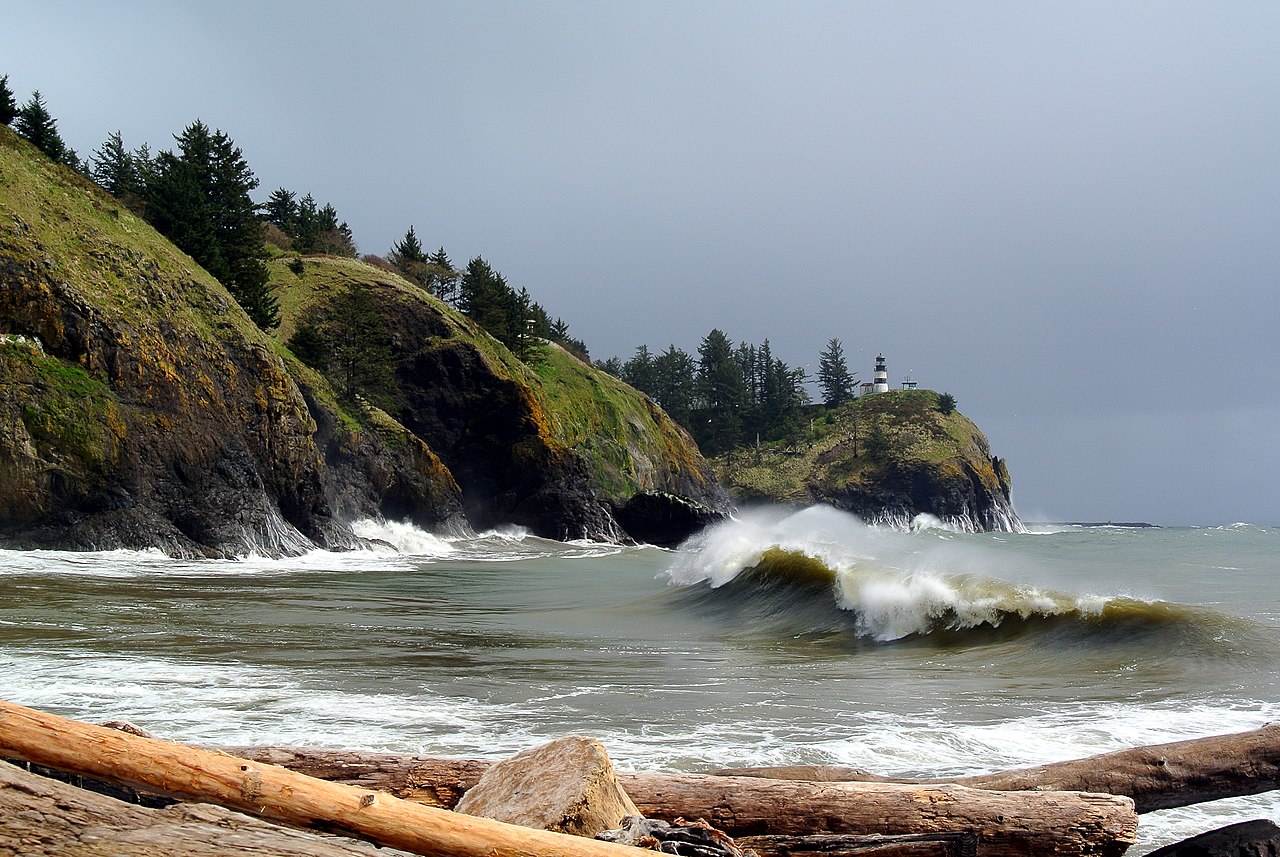 Washington is the northwesternmost state in the U.S. and undoubtedly the most popular as well. Also known as the ‘The Evergreen State, it has abundant evergreen forests lined well across the entire state. It has more than 140 state parks, 11 historical parks, and 19 marine parks. The Washington State Parks and Recreation Commission manage and operate all of them for public visiting and recreational purposes. No matter which section of Washington you are standing at, you are always close enough to one of its State Parks.

It is difficult to imagine Washington State without its rich natural features. Throughout its forested/ park spread, it features active volcanoes, accessible hot springs, alpine lakes, glaciated mountains, hiking trails, scenic vistas, and an abundance of wildlife. No matter whether it is the biggest Washington State Park or the smallest of them all, it will definitely contain a feature that keeps attracting visitors once and all over again.

Here are some of the must-visit State Parks to visit in Washington. Have a look:

The Deception Pass is the most popular and highly visited State Park in the State of Washington. Spread over 3,854 acres, it stretches from Whidbey Island and Fidalgo Island and connects to the Deception Pass waterway with an iconic bridge. It is both a camping and marine park featuring 33,900 feet of freshwater shoreline, 77,000 feet of saltwater shoreline, secluded coves, rugged cliffs, and more. Thanks to its waterways, Deception Pass is known for its fishing, rafting, swimming, crabbing, and kayaking opportunities. The park host 38 miles of multipurpose trail that facilitates hiking, biking, horseback riding, etc. Some of its popular trails include the Sand Dunes Interpretive Trail and the Pacific Northwest National Scenic Trail. The park also offers overnight camping opportunities with some of its best sites, including Cranberry Lake Campgrounds, a cabin at Ben Ure Island, and Cornet Bay Retreat Center. 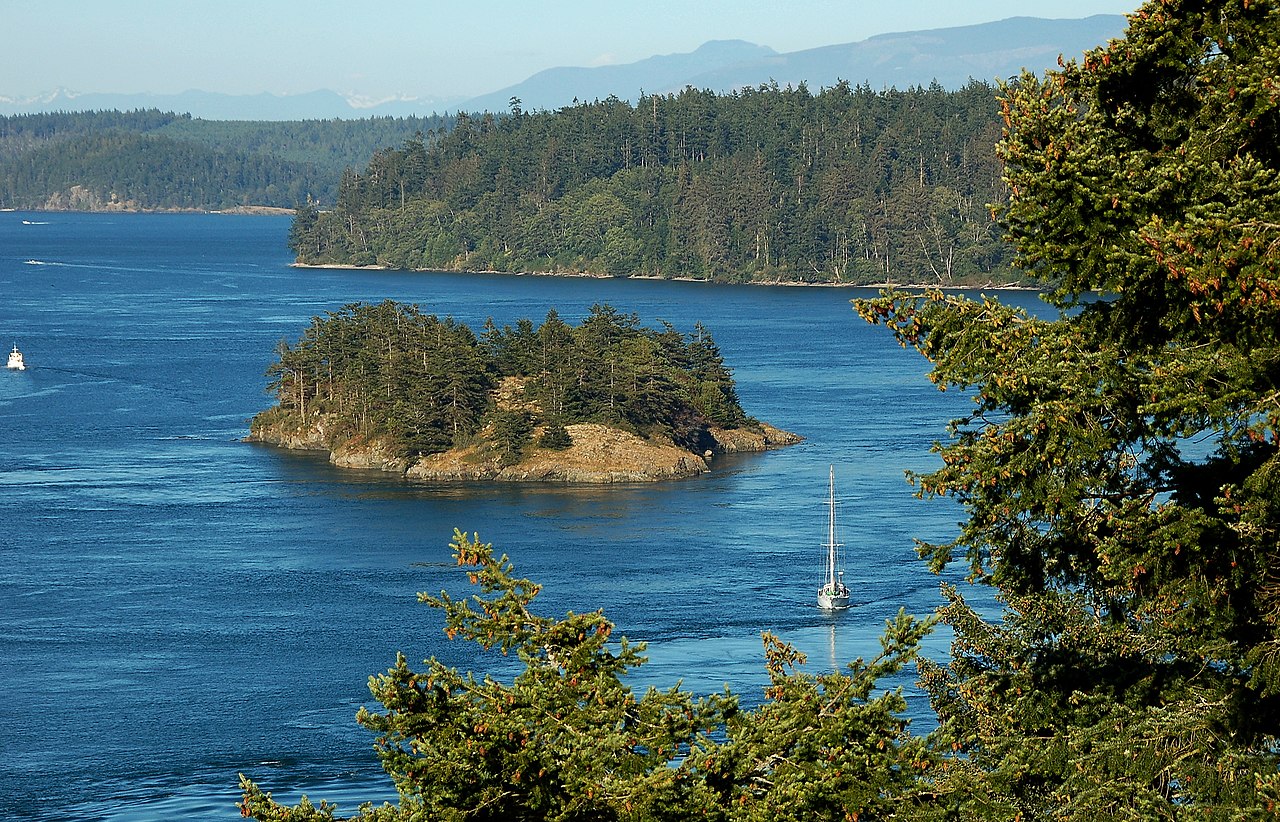 Cape Disappointment State Park is everything but its name. It is one of the best and top-rated state parks in Washington, and for all good reasons. Spread over 2,023-acre, it is a camping park and a public recreational area. For someone who wants to learn about the region’s cultural history and explore the Washington coast, this State Park is a great place for them both. Throughout its huge space, it is blessed with two scenic lighthouses, a Lewis and Clark Interpretive Center, freshwater lakes, saltwater marshes, ocean tidelands, an ocean coastline, and various campgrounds. It also has a good enough spread of multi-use trails, of which several leads to some exciting whale-watching opportunities. The Cape Disappointment State Park is also home to a historic home that allows visitors to stay overnight for added fun into their experience.

Battle Ground Lake State Park is a small recreational space covering 275 acres. It is located three miles northeast of the city of Battle Ground in the Cascade Mountain foothills. The park is full of lush forestland that covers a crater lake of volcanic origin. A visit here will allow you to hike, bike, and horse ride right from the depths of sky-touching Jungles. Far away from the life’s hustle and bustle, it is a great place to escape into the wilderness. Having a lake as its central attraction, the state park also facilitates paddling, swimming, and fishing. The lake boasts a high number of trouts, making it a favourite spot amongst anglers. Also, its shallow water section makes swimming a possible thing for even the ones who fear real water bodies. Though for boating and other similar recreation, travellers require a permit since they will need to use the two watercraft launches here. The State Park’s proximity to Portland and Vancouver always keeps it busy with tourists. 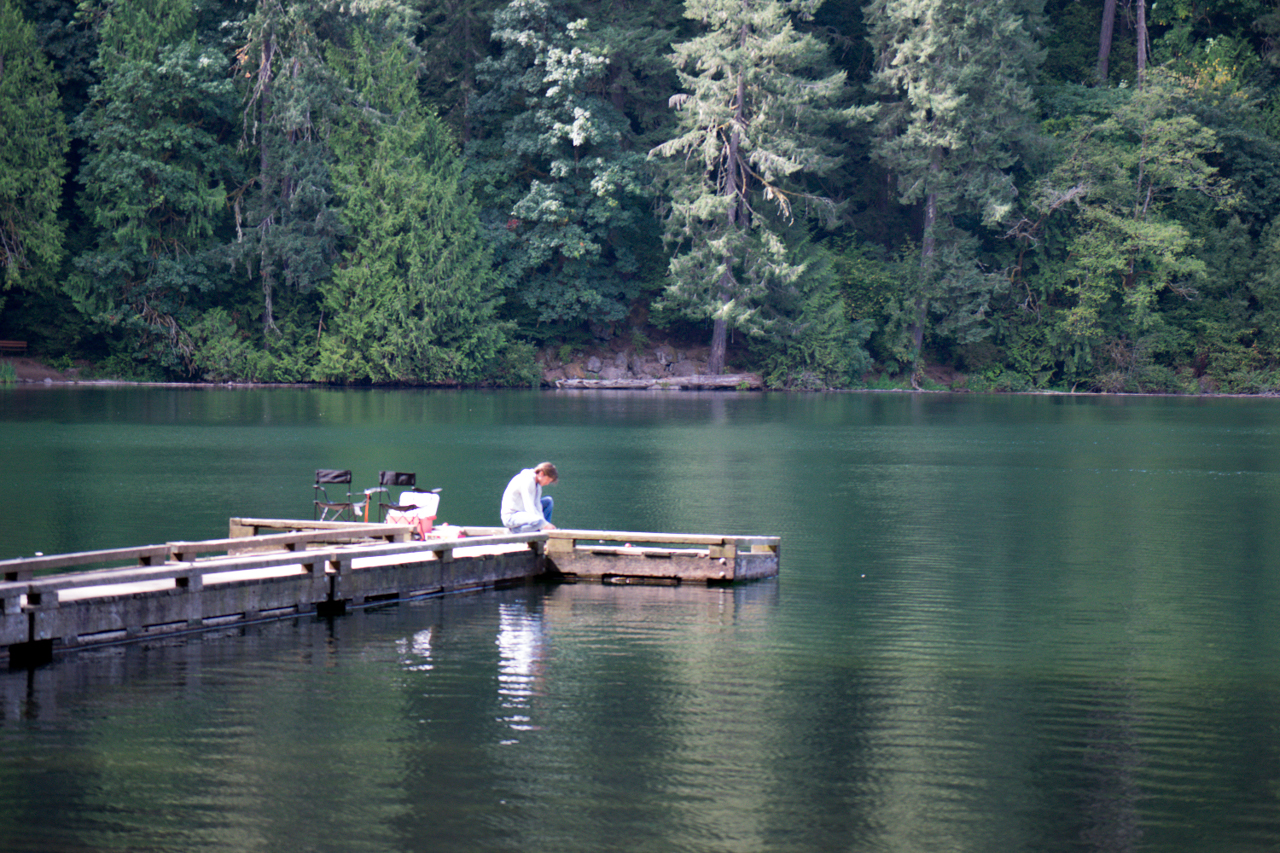 As beautiful as its name, the Lake Wenatchee State Park is a must-visit state park in Washington. Located near the popular Bavarian-themed town of Leavenworth, it is a Northwest icon. The park is also known as a safari park since Lions, Tigers, and Bears are quite often seen here. Lake Wenatchee State Park is spread over 492 acres and is blessed with 12,623 feet of waterfront on Wenatchee River and Wenatchee, of course. A visit here allows travellers to swim, float, windsurf, and fish with first-hand and authentic experiences. Besides that, for inland activities, the park facilitates hiking, biking, horseback riding, cross-country ski trails, and more. Visitors who want to experience this wilderness during the night can stay back at one of the campgrounds by either tenting or RVing. And above them, all, the beautiful settings of mountains and rolling hills overlooking lakes and forestlands bring out the most mesmerizing views of Washington. 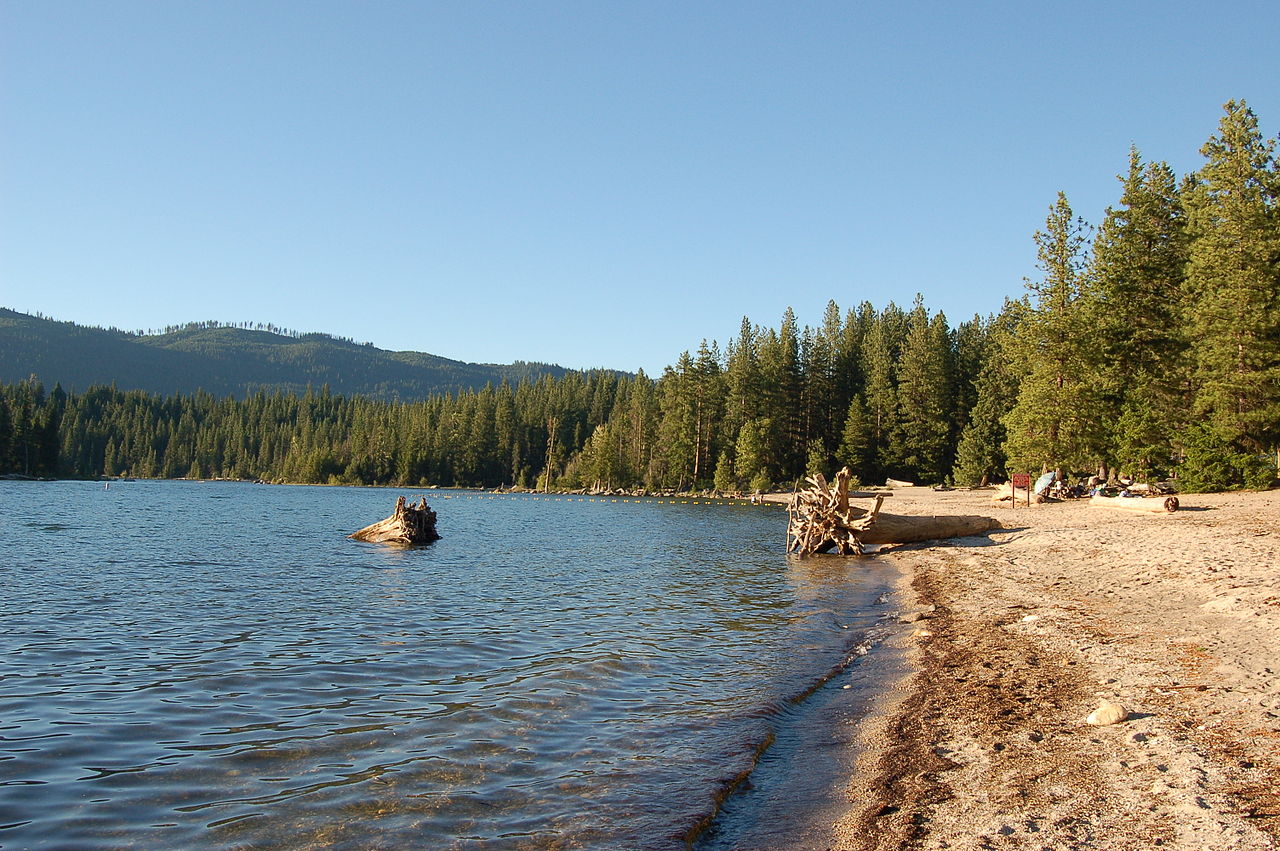 Palouse Falls is a 94 acres State Park located on the southeast corner of Washington. As evident by its name, the State Park is home to the 198-foot Palouse Falls waterfall, its most iconic highlight. As per research and claims, it was carved 13000 million years ago and is the last active waterfall on the Ice Age floods path. Even after being inside a very remote location, Palouse Falls is described as Washington’s most iconic waterfall. Even though the State Park is quite small compared to the others on the list, it still provides for some of the most scenic views of Washington. Besides waterfall seeking, Palouse Park is also popular for its camping opportunities. It is rich with some spending tenting only sites which are available on a first-come-first-serve basis. A camper who is looking for a remote recreational experience can choose to stay here overnight (since there is no phone service in the park). 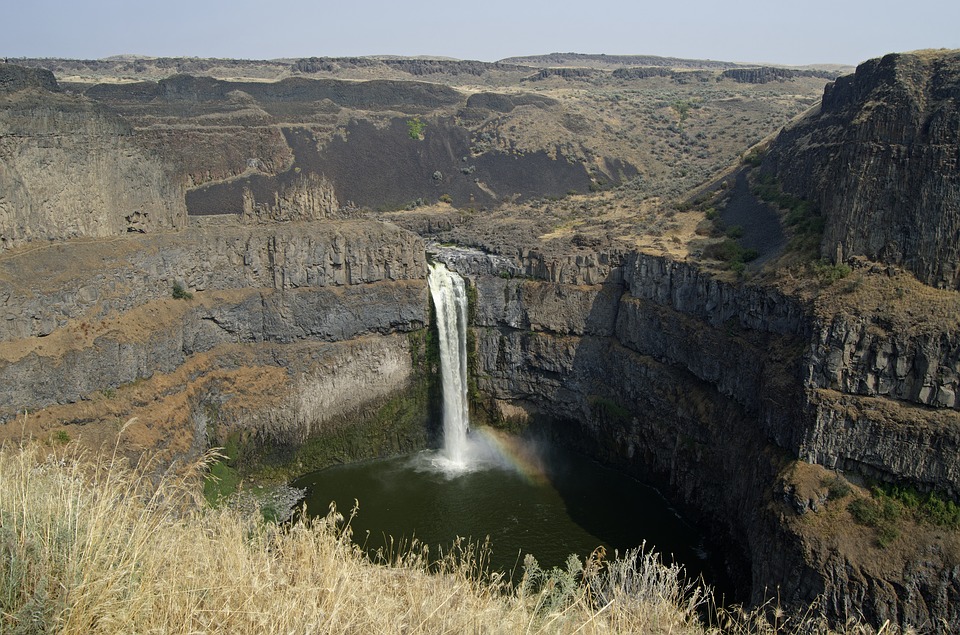 Washington has a number of unique state parks, and the Flaming Geyser state park is one of them. It is named so after a flame that burned through a concrete basin by a methane gas pocket 1,000 feet below the surface. The flames were surprisingly high back in time, though today, it is only a few inches high and contained in a rock-rimmed basin. Even though the flame is minor (slightly bigger than a candle flame), it is still watchable before it disappears forever. Besides the flame, the state park is popular for the Flaming Geyser and the Green River, which flows three miles through the park. Its water level depends upon weather, rain, and snowmelt. The river is popular for recreational opportunities like rafting, kayaking, tubing, and canoeing. However, travellers are advised to only use the river when the water level is low, considering their own safety. From October to December, the park is also popular for fishing and salmon watching. 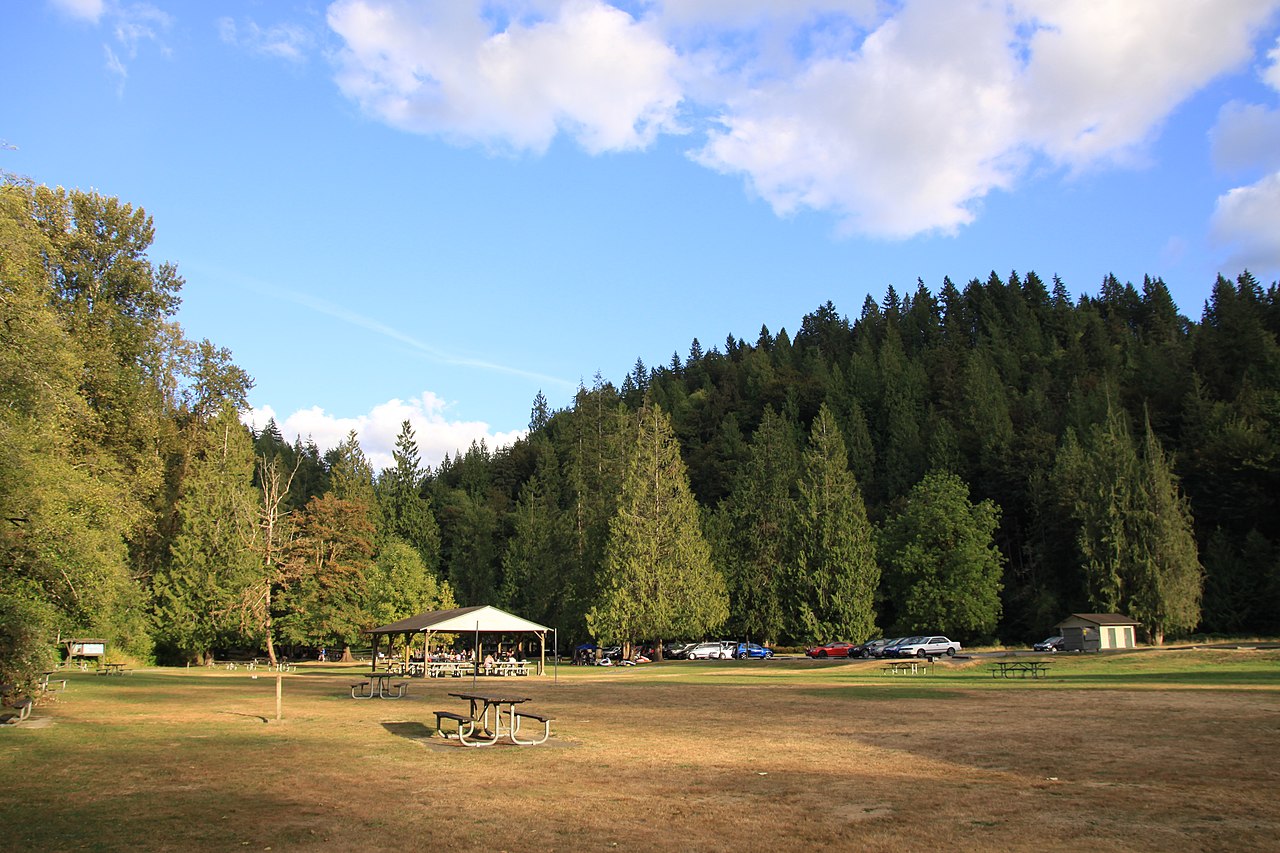 When we say Washington has unique State Parks, we have enough entries to fuel our claim. And one of the unique state parks in Washington is the Ginkgo Petrified Forest, State Park. It is home to the most diverse collections of petrified wood found anywhere in the west. Even this discovery of petrified woods led Ginkgo to become a state park and a National Natural Landmark. The park is spread over 7,124 acres on the western shoreline of the Columbia River’s Wanapum Reservoir and is popular for its geologic preserve. Some of the most popular features here include the 1.25 miles long Trees of Stone Interpretive Trail that links with petrified logs in their natural setting. Next is the Wanapum Recreation Area and the Gorge Amphitheatre. Travellers entering the Ginkgo Petrified Forest State Park can also access several camping sites near Wanapum Lake. 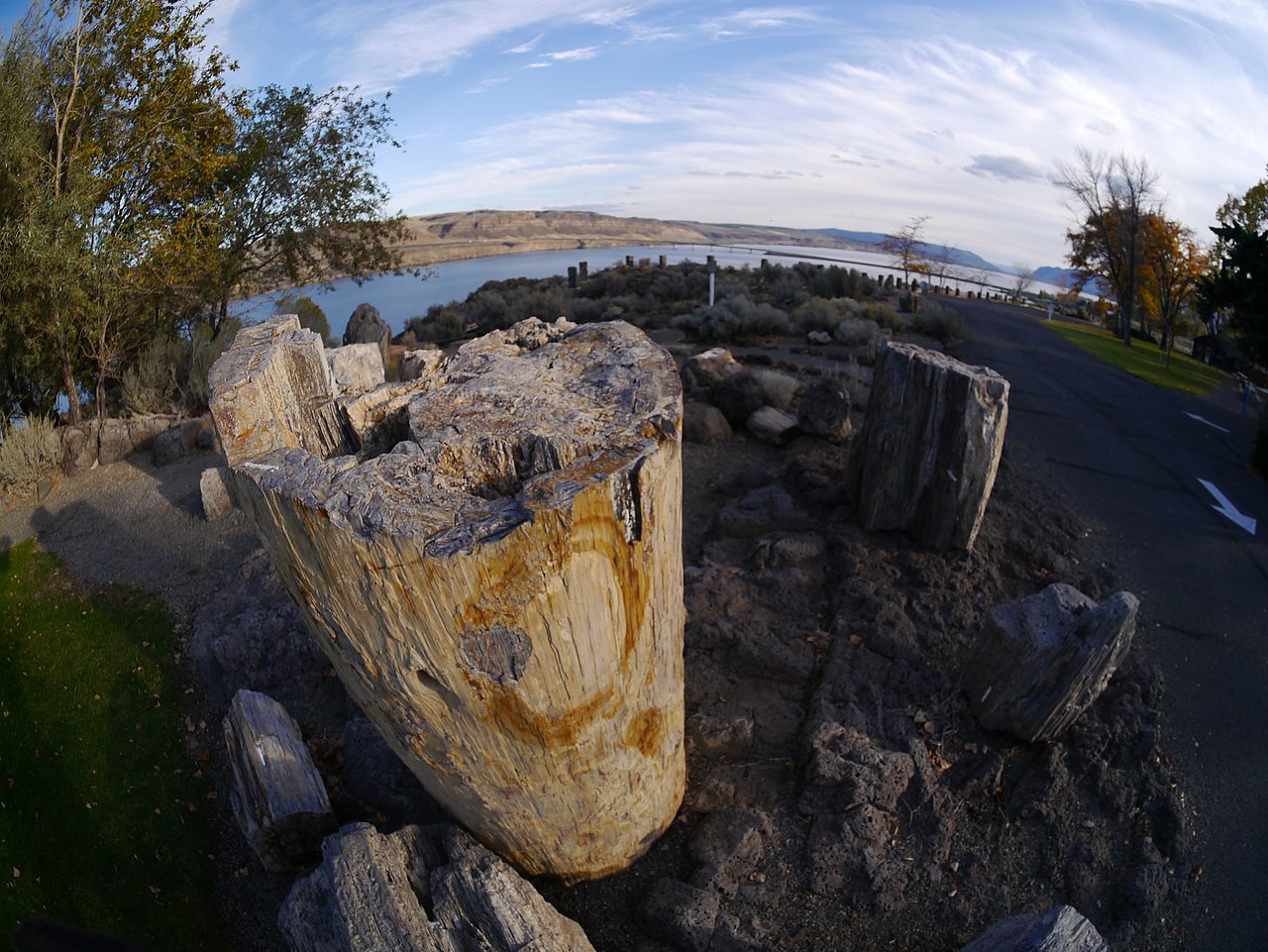 Manchester State Park is a scenic outdoor space located near the east side of the Kitsap Peninsula. This 111 acres state park covers 3400 feet of saltwater shoreline on Rich Passage in Puget Sound. Besides that, the park covers a mining casement, a gun battery, and a former torpedo warehouse. The park was initially established as a fort to protect (during the early 1900s) Bremerton Naval Shipyard and Puget Sound. Back then, it was known as Fort Middle Point and traces of its history are still to be found here. Besides being historically important, the Manchester State Park is also popular for its water recreation, including boating, diving, kayaking, and saltwater fishing. Other recreational activities here include camping, picnicking, horseshoeing, hiking, bird watching, and wildlife viewing. A visit here also allows visitors to grab some scenic views of Rich Passage, Puget Sound, and Bainbridge Island. 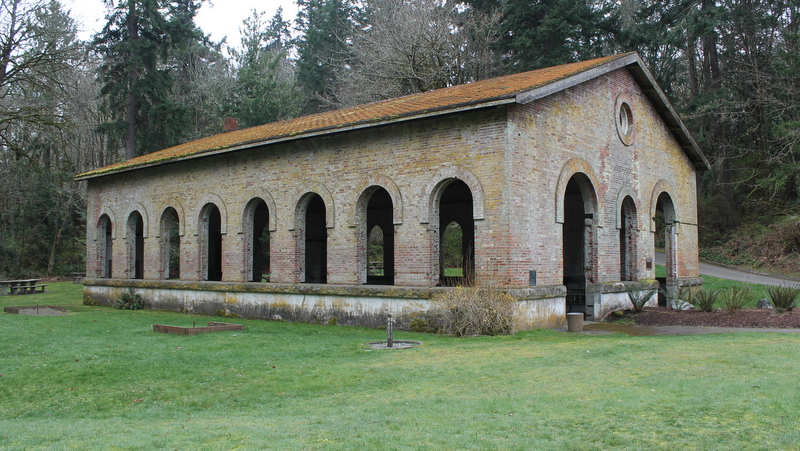 Located in eastern Washington, the Sun Lakes-Dry Falls State Park is a wonderland to explore. It is home to high-desert landscapes, geological wonders, and the Sun Lakes-Dry Falls, one of the biggest waterfalls in geological history. The waterfall was formed back during the times of the Missoula floods, and then it was ten times bigger than the biggest Niagara Falls. Covering 3,774 acres, the State Park has 73,640 feet of splendid shoreline. This facilitates water-based recreation, including fishing, swimming, boating, and more. Besides that, enthusiasts also reach here for hiking, biking, golfing, and camping opportunities. Inside the park also lies the Sun Lakes Park Resort offering a luxurious and comfortable stay within a pristine location. The State Park is also filled with an abundance of wildlife, of which most is easily seen from the cliff overlook. 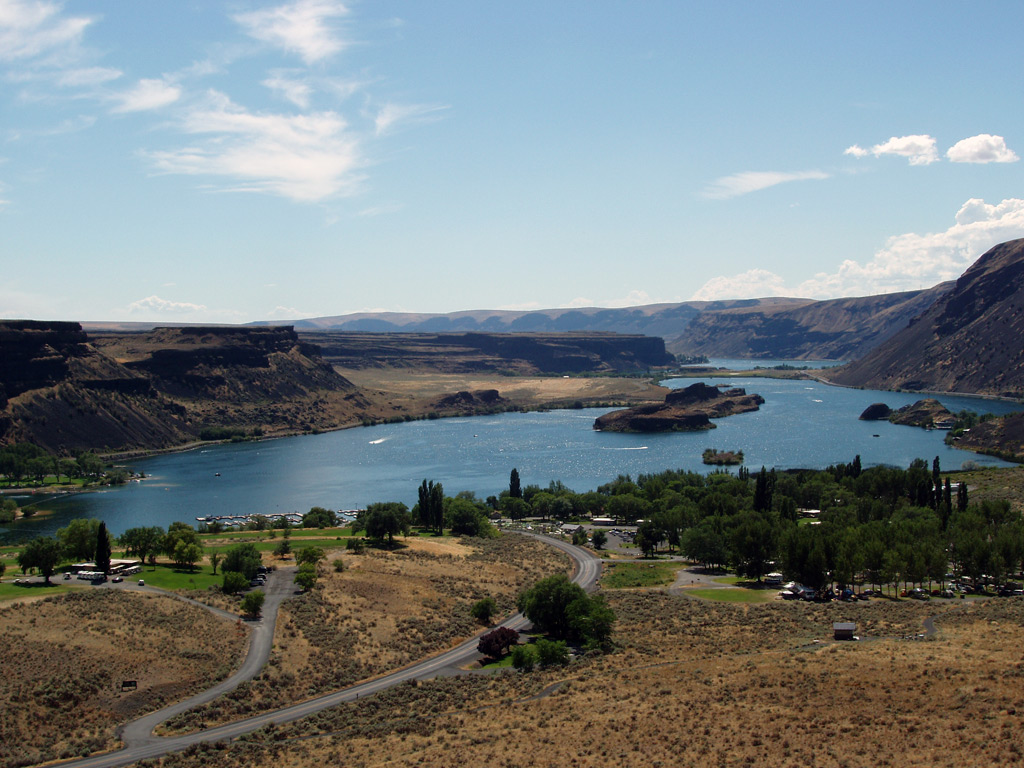 The Steamboat Rock State Park is another top-rated state park in Washington. It is spread over 3522 acres featuring 50000 feet of freshwater shoreline at the north end of Banks Lake. The state park features an astounding landscape stretching across 600 acres and rising 800 feet from the ground that is known to be sculpted by the Ice Age floods. Besides that, the park is packed with an abundance of wildlife, sagebrush, and beautiful spring flowers. On the one hand, it has bare landscapes, whereas, on the other hand, it offers beauty containing nature’s bright colours. Steamboat Rock State Park is extremely popular for hiking, biking, boating, swimming, water-skiing, and fishing. During winters, these recreation options turn into cross-country skiing, ice fishing, and ice climbing. Visitors interested in overnight camping too can access the park. 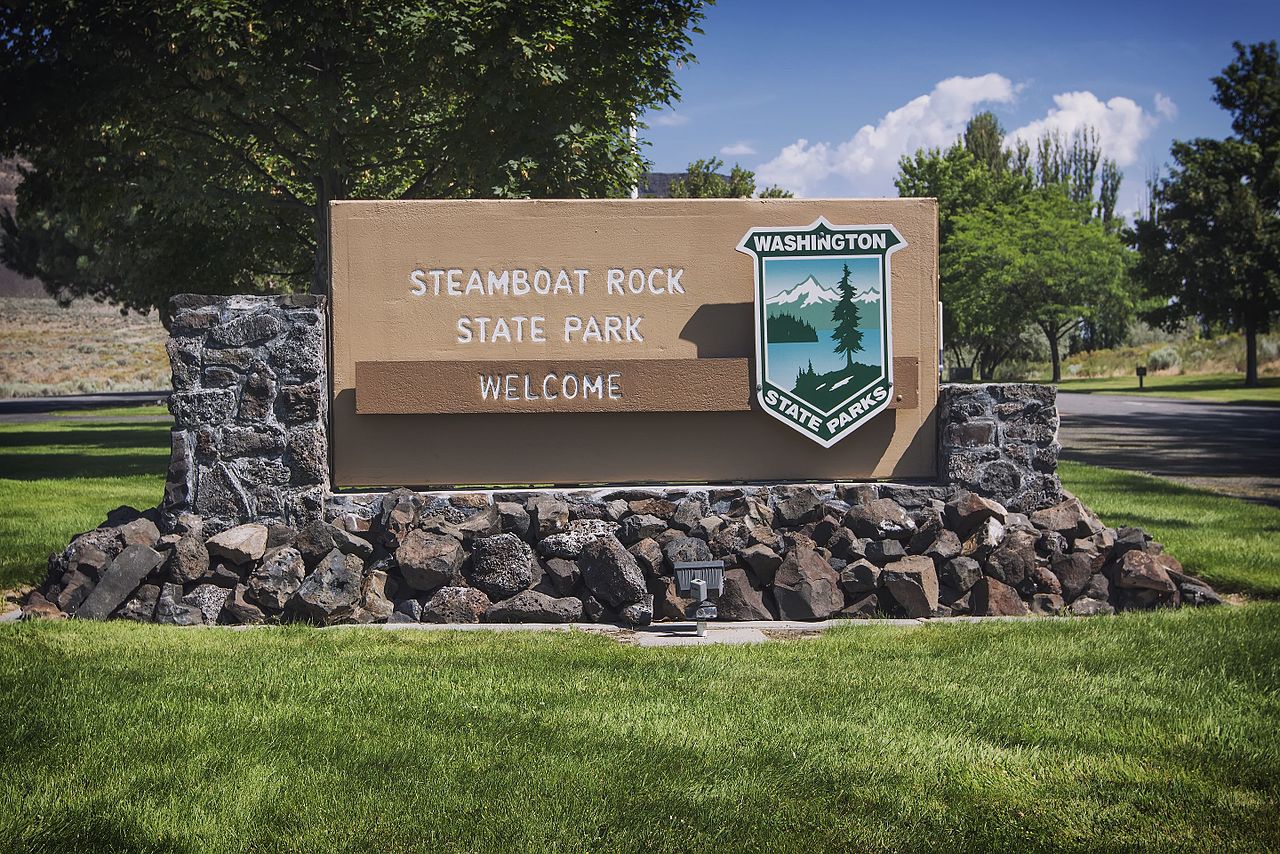 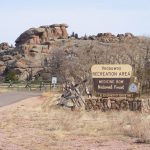 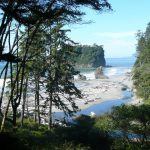 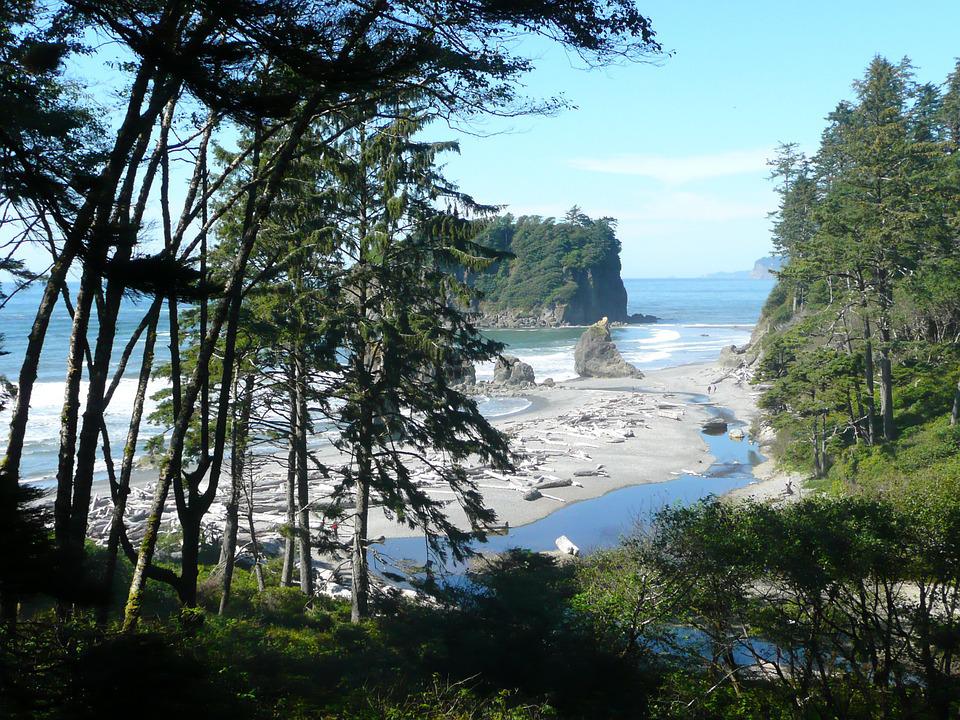 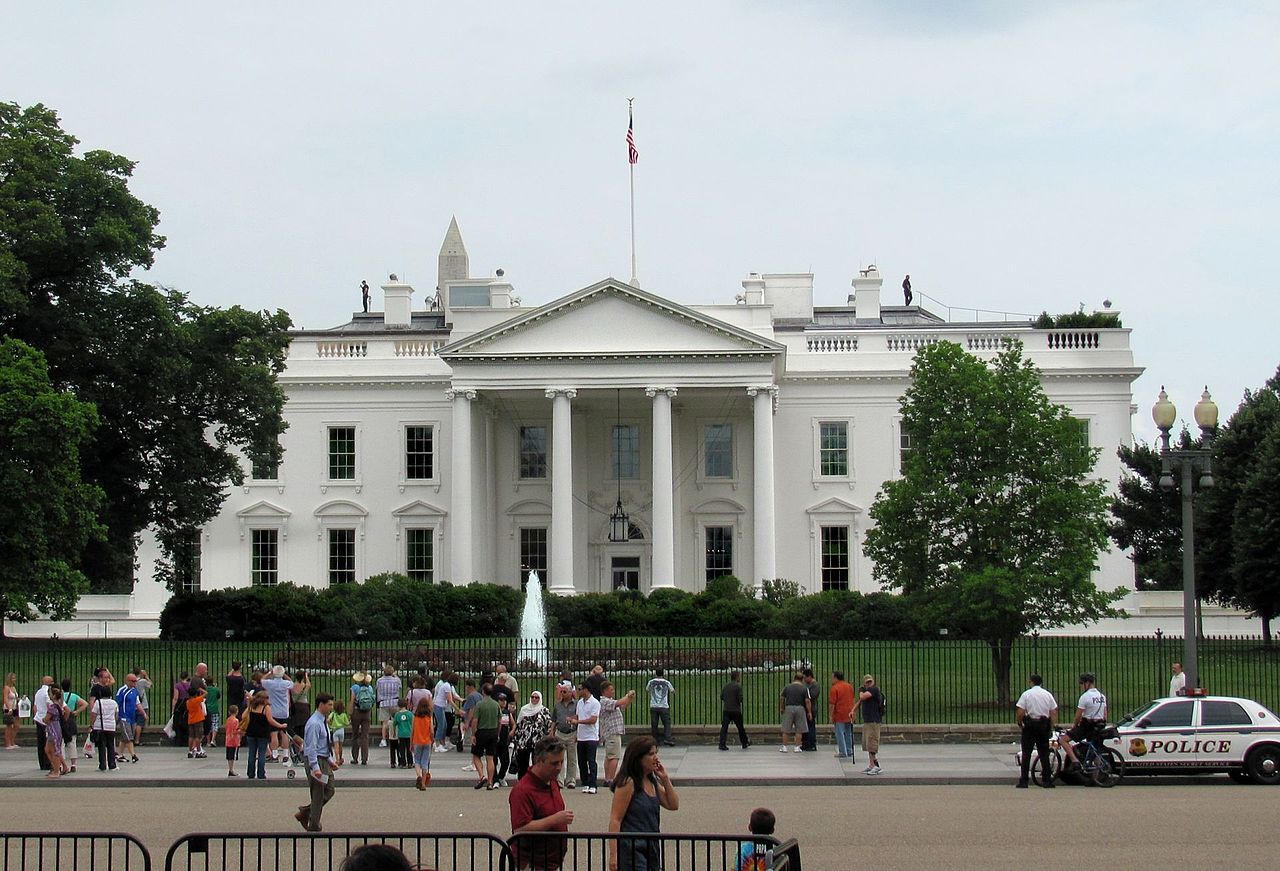 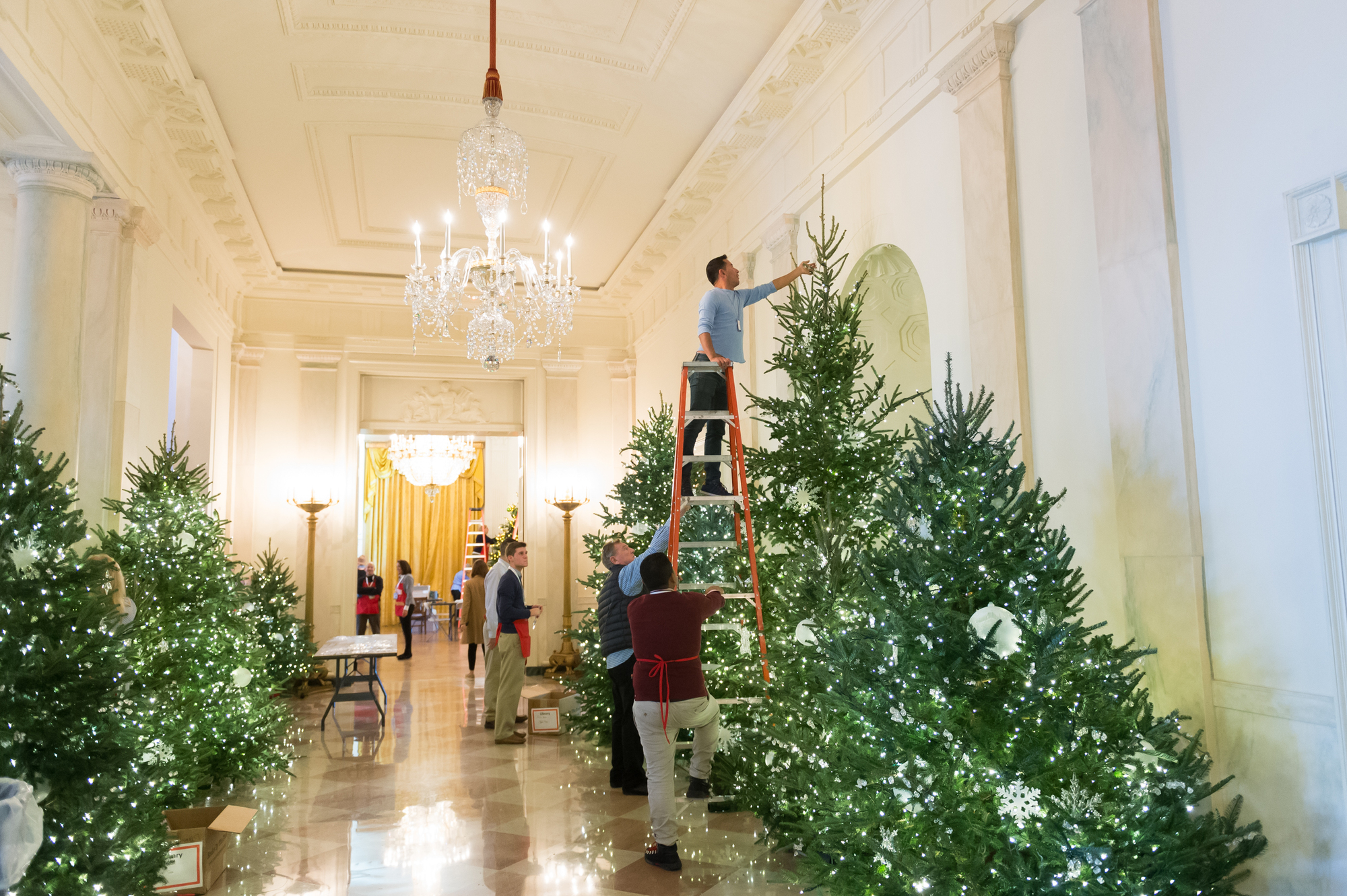