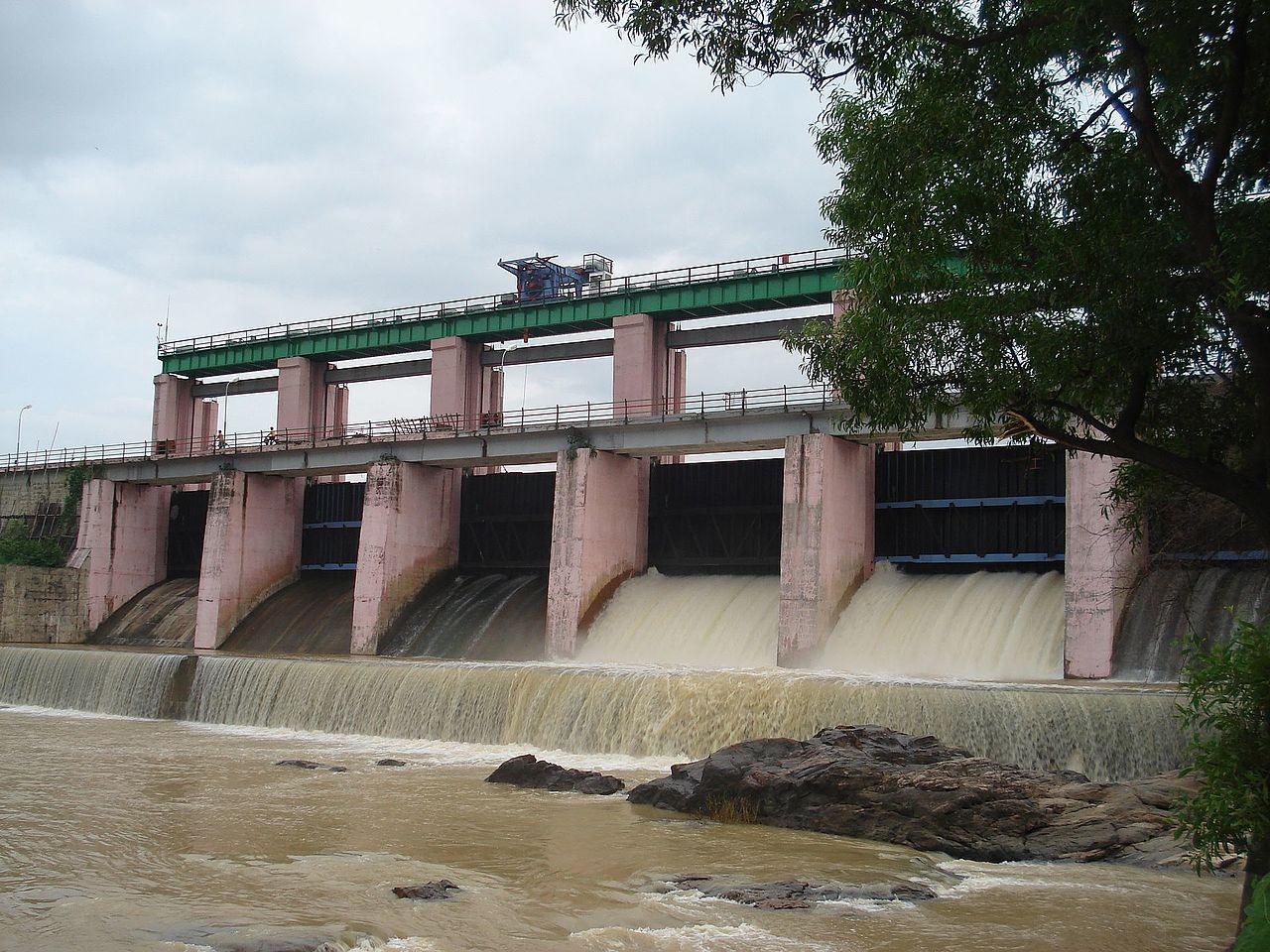 Bokaro is one of the most important cities in Jharkhand, with over 1 million people. It is home to the largest Steel plant in Asia and is one of the state’s densely populated city. Did you know that the Bokaro Steel plant fulfills more than 50% of India’s total steel requirement? That is why this town is resided by so many people. It is the place of work for thousands of people in India. You will find people from almost every state of India living there. Apart from steel plants, Bokaro is also home to Thermal power plants. Apart from the economic importance, Bokaro is also a moderately popular tourist spot in Jharkhand. As the city is located by the bank of the river Damodar and located on the gorgeous Chottanagpur plateau, the scenic view surrounding the city is quite beautiful.

Breathtakingly beautiful hillocks surround the entirety of Bokaro. As Bokaro’s topography is quite varying, tourists visit there quite often to explore a different part of it. Apart from Indian tourists, the town gets visitors from European and American countries as well. Many people find Bokaro as a great weekend destination. In case you are planning a trip to Bokaro, it will be better for you if you read this blog in detail. Over here, we have mentioned a list of must-see places in Bokaro in depth. As there are many well-known sightseeing places located over there, you will find this blog quite handy. Traveling to Bokaro is not that difficult. In case you want to avail of a flight, you will have to take a plane to Ranchi as it is the nearest airport from Bokaro. Whereas, if you want to travel by train, you will not have any problem as the railway station in Bokaro is well connected to India’s major cities.

Top 11 Places In Bokaro That Every Inquisitive Tourist Must Visit

The places mentioned in the following section of the blog are quite famous in Bokaro. You will regret a lot if you miss any one of them while exploring the city.

One of the main reasons why people opt to visit Bokaro is to witness the massive Bokaro Steel Plant in real life. The steel plant is so huge that it has the capacity to produce more than 5 million tons of Saleable Steel. As the steel plant is one of India’s largest steel plants, your entire day will be spent exploring it. The plant is run by SAIL and DVC and has more than 30,000 employees. Now more than ever, the plant has to produce a high amount of steel due to modernization. 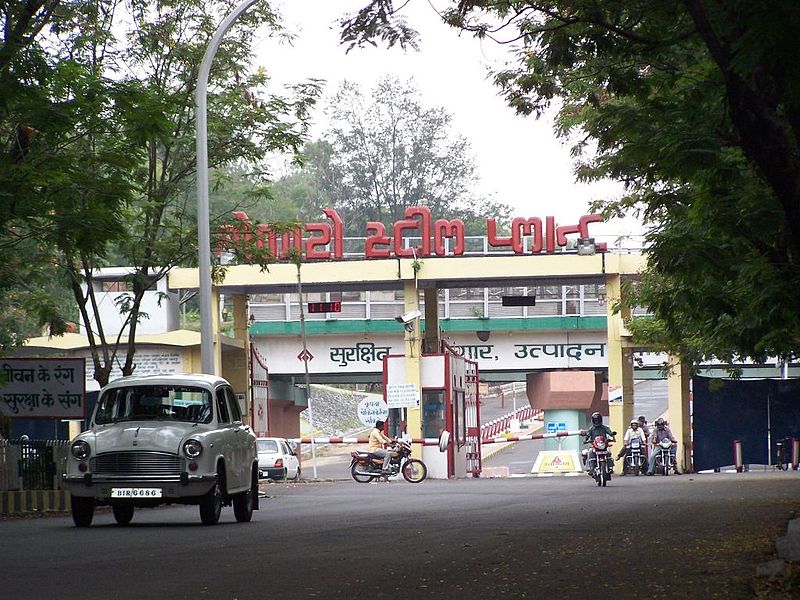 When you visit the Bokaro Steel plant, you will get to know many details about the steel-manufacturing process. You will know about raw material handling, steel melting shops, blast furnaces, etc. on your trip over the plant. If you have kids, it will be beneficial for you to visit the factory as it is a great educational trip for everyone.

Commonly known as Shri Sammet Shikhar Teerth by the Jain devotees, Parasnath Hills is one of the most sacred places for the Jain community. According to popular belief, the 23rd Jain Tirthankar, Parshvanath attained his salvation in these hills. That is why so many devotees visit the mountain throughout the year. Apart from religious reasons, Parashnath hill is visited because it is quite beautiful as well. As the hill is located at the height of 4400 feet, you will get a panoramic view of the entire Bokaro town. 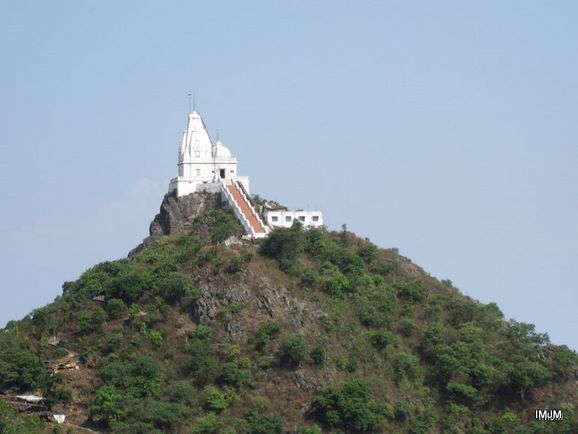 The hill’s highest peak is known as Sikharji, and people believe that Parshvanath attained salvation over there. When you reach the mountain, you will find that there are many temples located over there. Most of the temples are Jain temples. It is one of the best places to see in Bokaro.

Constructed in the 1950s, Garga Dam is the primary source of water supply for Bokaro’s local people. As the dam is located 12 km from the central city, you will have to hire a car or an autorickshaw to reach there. But when you go there, you will be pretty taken aback by its natural beauty. As the dam is situated on the Garga river and surrounded by green forests, the locality’s scenic view is quite breathtaking.

Did you know, Garga Dam was the first river valley project in the country? It is a considerable part of Jharkhand and a fabulous tourist destination. Not only travelers but also local people love spending time by the dam. It is a great picnic spot where you could spend a splendid time with your loved ones.

Situated in the sector 5 area of Bokaro, Ayyappa Mandir is the only temple in the area that is mostly visited by the South Indian community. This temple has a resemblance to the temple that is famous in Kerala. Ayyappa Mandir is quite sacred among the Hindu people. That is why devotes from other communities also visit there for seeking blessings.

When you enter the premises of the Ayyappa temple in Bokaro, you will see shrines of different Gods and Goddesses. Shrines of Lord Ayyappa, Lord Shiva, Lord Vishnu, and others are located over there. Ayyappa Mandir was open to the public in the year 1983, and it is run and managed by the Ayyappa Seva Sangham of Bokaro. The temple is quite picturesque and pretty unique amid the hustle and bustle of the city.

Inspired by Japanese architecture, City Park in Bokaro is one of the most magnificent parks in Jharkhand. As the park is so pretty, it gets several visitors throughout the day. Especially during the evening, the park gets quite crowded. Not only tourists but the park are popular among the residents of Bokaro also. Most people love to sit by the artificial lake that is present inside the premises of the park. In the early days of the site, the park was home to many animals, but now they have all been transferred to Jawaharlal Botanical garden.

Apart from the lake, there are three islands in the park. The best way to explore City Park is by taking a toy train ride. If you visit the park during one of the festivals, including Holi, Chhath Puja, or Basanta Panchami, you will enjoy it there even more. The park organizes many fairs and carnivals during the said festival, and people from all over the world attend those.

If you are a bibliophile, Bokaro Ispat Pustakalaya is the best place for you. Bokaro Ispat Pustakalaya is a library that is run by Bokaro Steel Plant. This library is highly functional and has more than 40,000 collections of books. You will find many books in the library to help you know and understand the city even more. This place has some rare books that book lovers will genuinely appreciate.

As the library is located in the downtown Bokaro area, you will have no problem locating it. You can easily find an autorickshaw or a cab that will take you to this library.

Located at the heart of Bokaro’s market area, Ram Mandir is one of the most famous temples located in the city. The temple is dedicated to Lord Rama, and it is quite sacred to the Hindu people. Apart from Lord Rama, there are shrines of other Gods and Goddesses located inside the premises of Ram Mandir. Even a few years back, the temple was not in good condition. But now, the local government authorities renovated this temple to the fullest. That is why so Ram Mandir has become one of the best places to see in Bokaro. With so many renovations, often places lose their genuine charm, but the Ram Mandir still has its charm and nostalgia. Moreover, you will not miss the temple as it is located right in the town center. 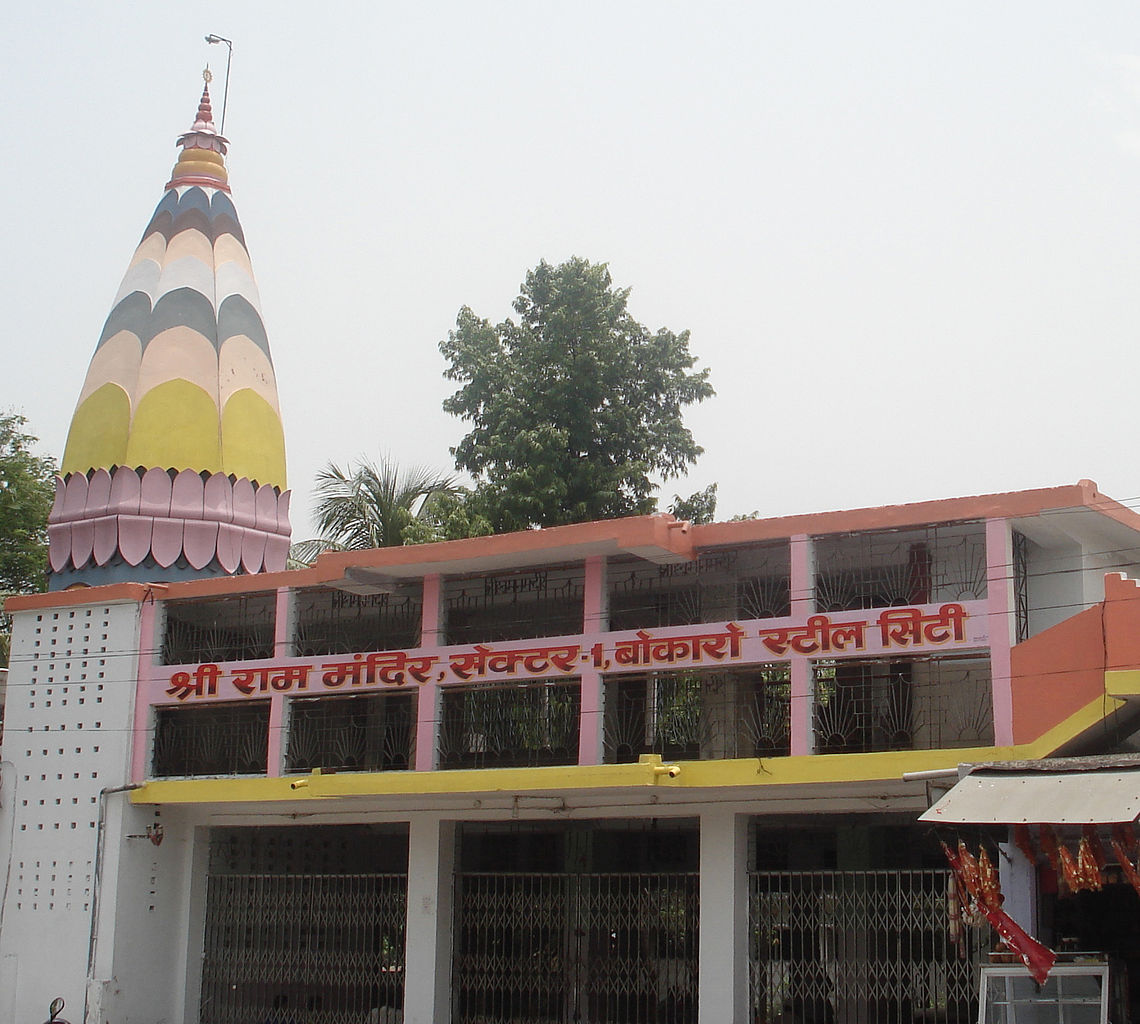 The Jagannath Temple in Bokaro has been built by the Bokaro Steel Plant management to garner tourists and devotees from different parts of India. When you see the temple for the first time, you will notice that it resembles the Jagannath temple in Puri, Odisha, a lot. The architects of the Bokaro Jagannath Temple got inspired by the one in Puri. They created the temple similar to the Puri temple deliberately. 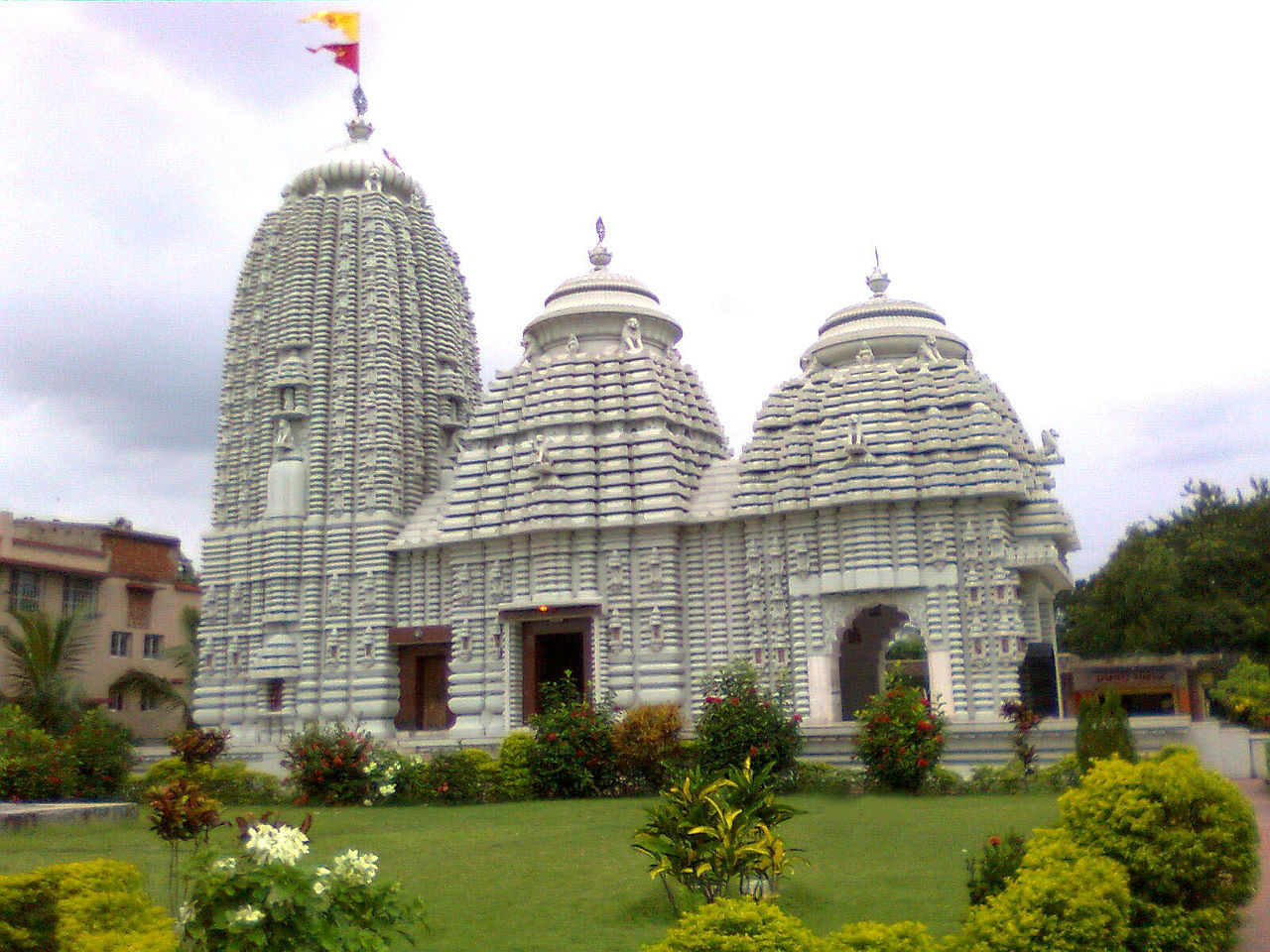 Every year, Jagannath Temple gets decorated during the time of Rathayatra. Tourists and residents of Bokaro gather around to take part in the festival. The best time to visit the temple is during the evening because the sunsets look spectacular in the temple’s backdrop. As the temple is dedicated to Lord Vishnu, many Hindu devotees seek blessings and worship.

In case you love to shop, Chas is the perfect place in Bokaro for you. Chas is a suburban area located in Bokaro that has 35 wards. You will be happy to know that every item sold in the markets over there are heavily discounted. Apart from being a cheap shopping destination, Chas has a historical impact on Bokaro as well. 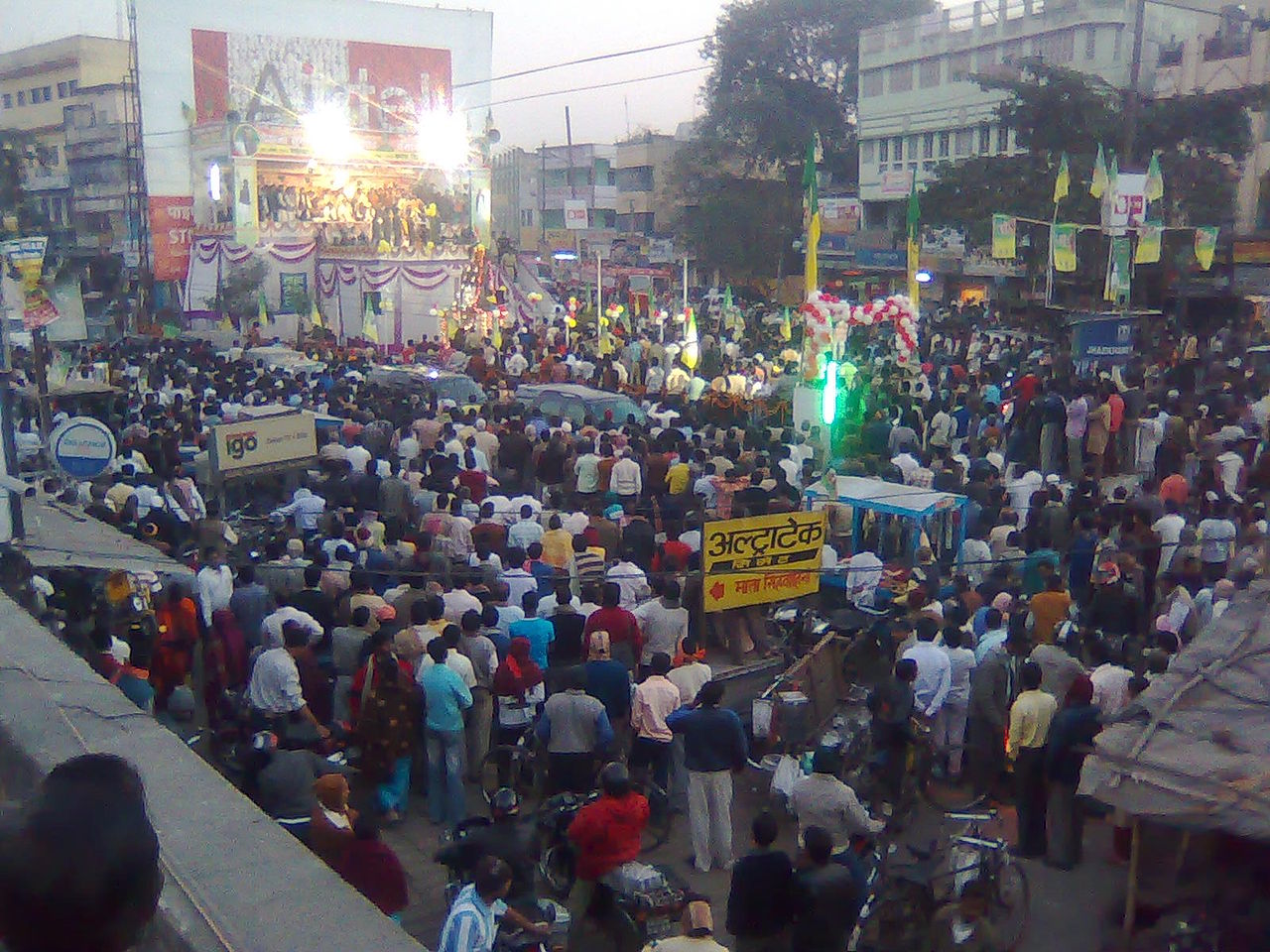 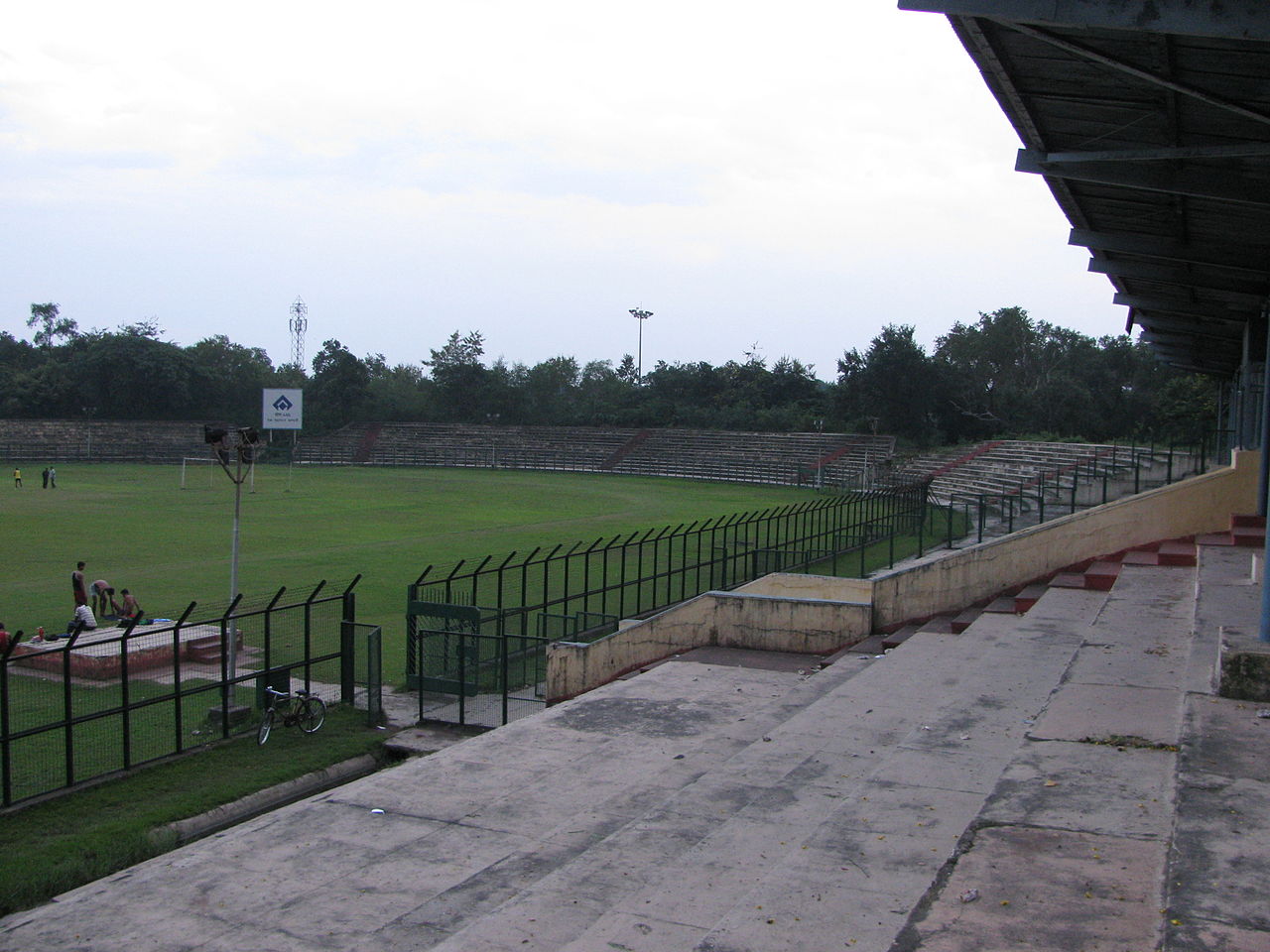 While exploring Bokaro, do not miss out on Mohan Kumar Mangalam Stadium as it is quite gigantic and will give you a good idea about the sport’s history of Jharkhand. You will be surprised to know that many major I-league football matches were held over there.

Jawaharlal Nehru Biological Park is one of the largest zoos in eastern India. The zoological garden was founded in 1989 and is home to many wild animals, including Royal Bengal Tigers, Asiatic lions, White tigers, etc. It is one of the few zoos in the country that has so much feline population. The park is quite beautiful and has an artificial lake inside its premises.

If you have kids, you will have to take them to this garden as it is an excellent place for them. There are many recreational activities available for kids that help them learn more about nature and wildlife. Apart from tourists, local people also visit the zoo on the weekends. It is a fabulous place to spend some time with your loved ones.

Bokaro is a major city in Jharkhand. Many people might not find it appropriate to spend their vacations. But they are wrong. It is a great place to spend some days with your family or friends. Especially if you live in Eastern India or explore eastern India, Bokaro should be on your list.

You will learn a lot about Jharkhand and its history. We have tried to mention all the famous places in Bokaro that tourist must visit when touring Bokaro. There are other sites located over there that are quite famous as well. We hope you have a fantastic trip to Bokaro after studying this blog. 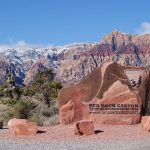 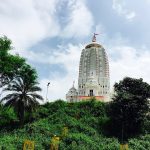