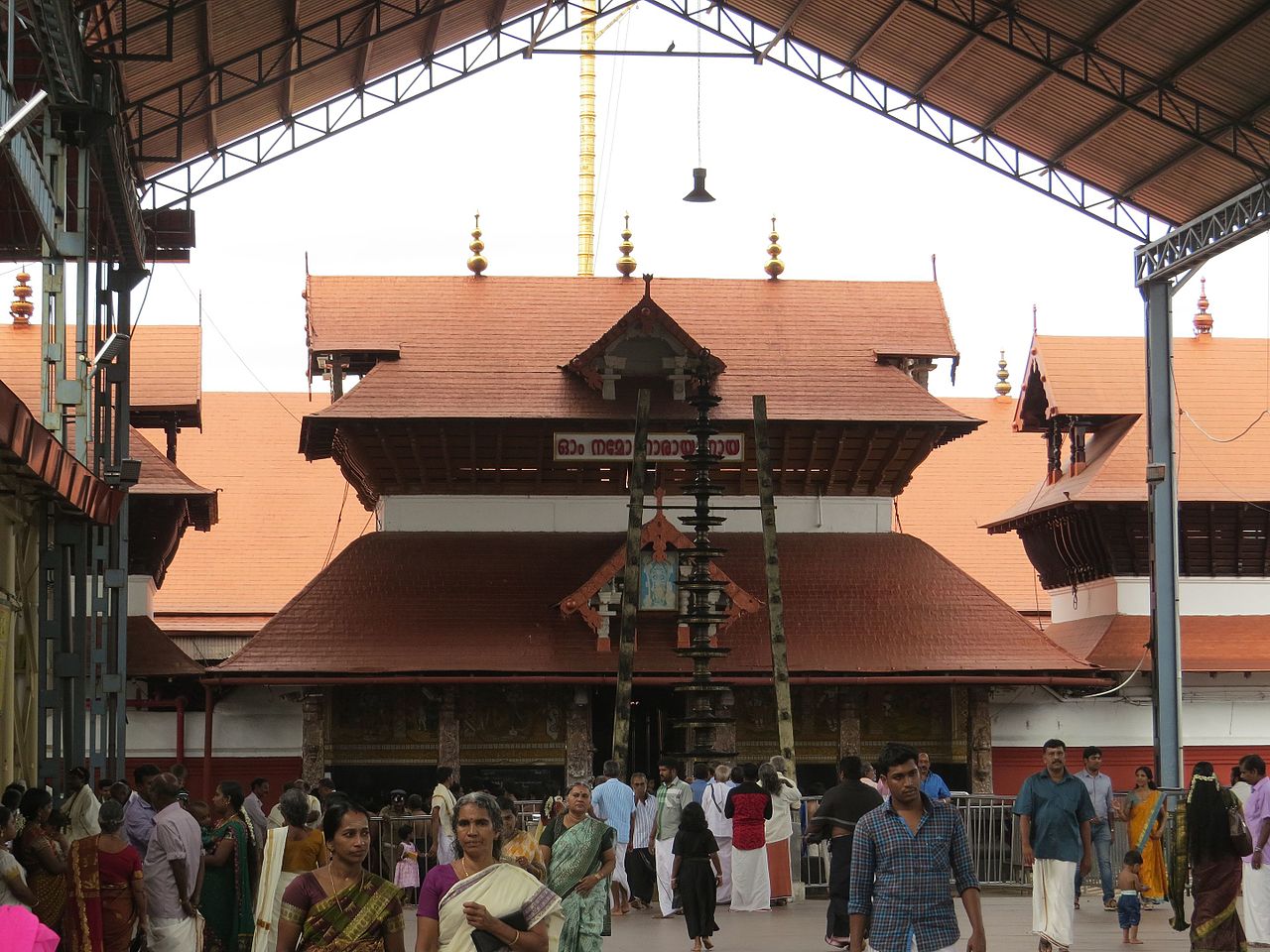 Visit Guruvayoor Temple in Kerala: The Dwaraka of South India (2023)

The temples in South India are some of the most beautiful in the country. In addition to their wealth, these temples are also known for their stunning architecture or fascinating history. A number of temples in Kerala, in particular, are very significant to Hindu pilgrims. The Guruvayoor temple, for example, is a temple of this kind. Guruvayoor temple, located in the city of Thrissur, is one of the most popular in Kerala.

An important center for pilgrims, Guruvayoor Sree Krishna Temple is situated in the town of Guruvayoor in Kerala. In the Balkrishna Avtar, Lord Vishnu, the temple’s presiding deity, is considered as one of South India’s most cherished temples and is rightfully called the Dwaraka of the South India.

The Guruvayoor temple was built by Guru and Vayu, the God of Winds, according to mythology. Instead of the more conventional stone or metal, the amazing idol of Lord Unnikrishnan Guruvayoor is fashioned of a unique material called Padala Anjanam. The spiritual allure of this site is unsurpassed and attracts followers from all across the nation, despite its simple structure. This temple, however, is exclusively available to Hindu devotees, so expect lengthy lines at the entry. However, once you reach the temple grounds, the wait is well worth it.

According to legend, the Guruvayoor Temple was built in 1638 AD by devotees Poonthanam, Melpattur, Vilvamangalam, the Prince Manadevan (Zamorin), and Kururamma, who promoted it as one of Kerala’s most important pilgrimage sites. The temple had been repeatedly destroyed and rebuilt, yet it managed to remain strong until a devastating fire broke out in 1970.

The Vigraha and the sub shrines of Ayyappa, Devi, and Ganesha, as well as the flag staff, stayed intact despite a raging fire for five hours, thanks to the efforts of people of all faiths. The temple has stood the test of time and continues to bestow its blessings on its believers.

It has two Gopurams facing east and west in the traditional Kerala style of building and Vastu Vidya (Paringjarenada). The eastern Nada serves as the primary entrance to the temple and is where most people enter and leave. In the Chuttambalam, you’ll see a 33.5-meter-high gold-plated flagpole known as the Dwajasthambam. 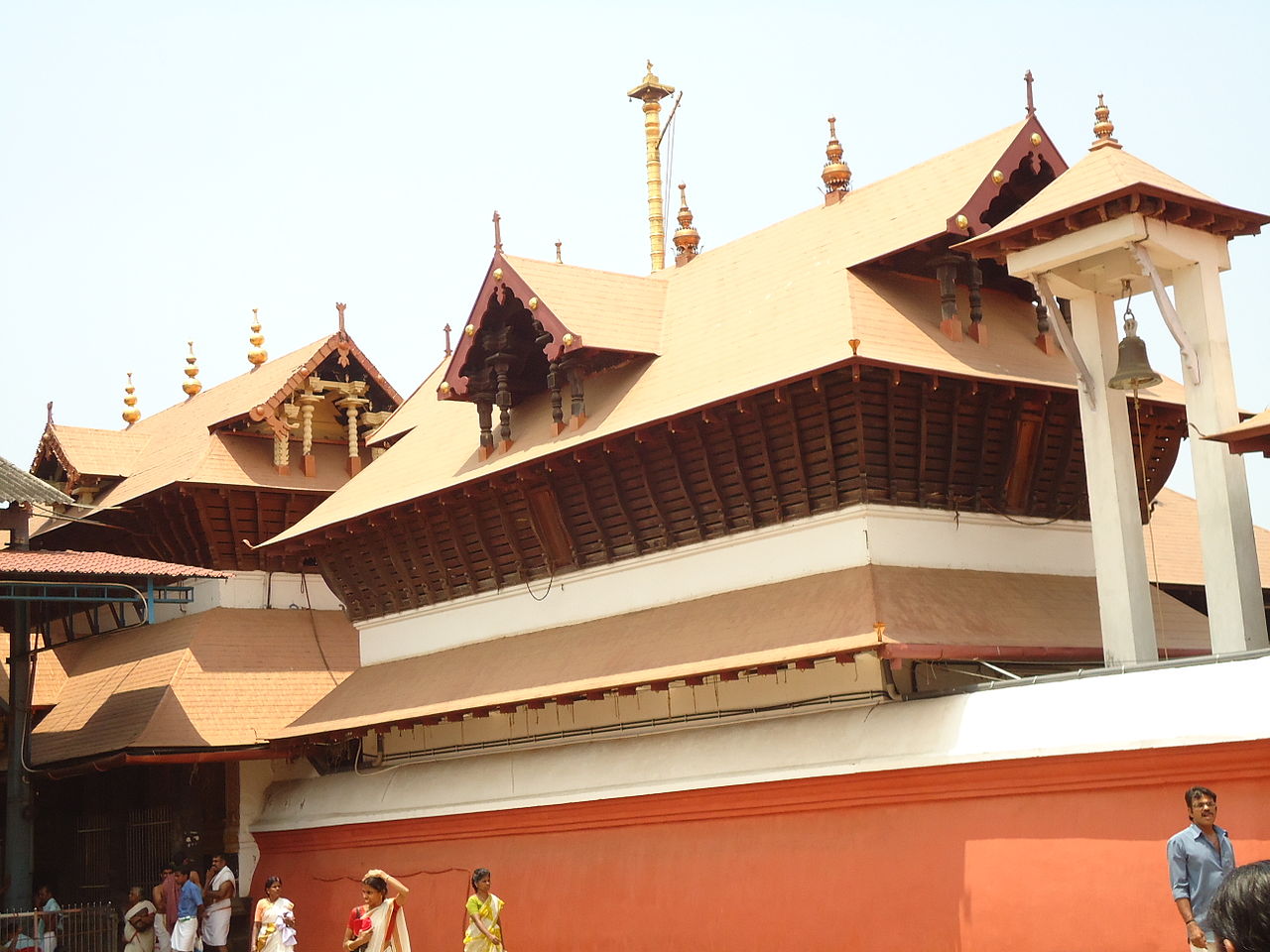 When illuminated, the 7-meter-tall Deepsthambam’s 13-circular-receptacle light pillars are a sight to see. The primary deity’s idol, located in the temple’s square Sreekovil, is fashioned of a unique combination called Padala Anjanam rather than stone or metal, which is the most prominent characteristic of the temple.

From 3:30 a.m. until 10 p.m., the Guruvayoor temple is open. Poojas and aartis take place at regular intervals throughout the day. To escape the crowds, it is best to arrive early in the morning. However, the museum is open later. Dance and music performances also take place in the afternoon and mid-morning. From 12:30 p.m. and 4:30 p.m., the Guruvayoor temple is closed for worship 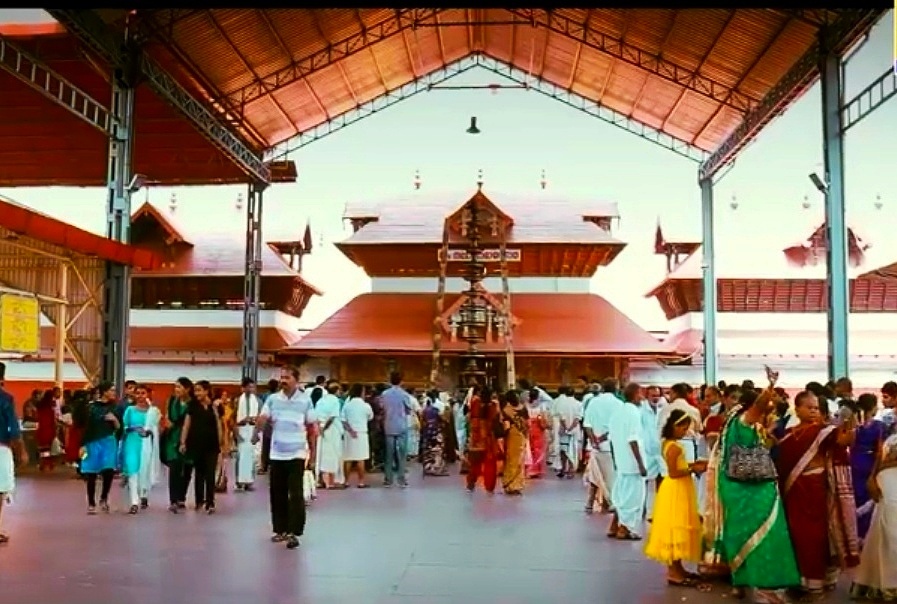 How to Reach Guruvayoor Temple?

To go to the Guruvayoor Temple, use a taxi or bus. Near Manjulal, a private bus stop may be found to the east of the temple. Thrissur is just a 30-minute journey away by vehicle, and there are buses to the temple every five minutes. 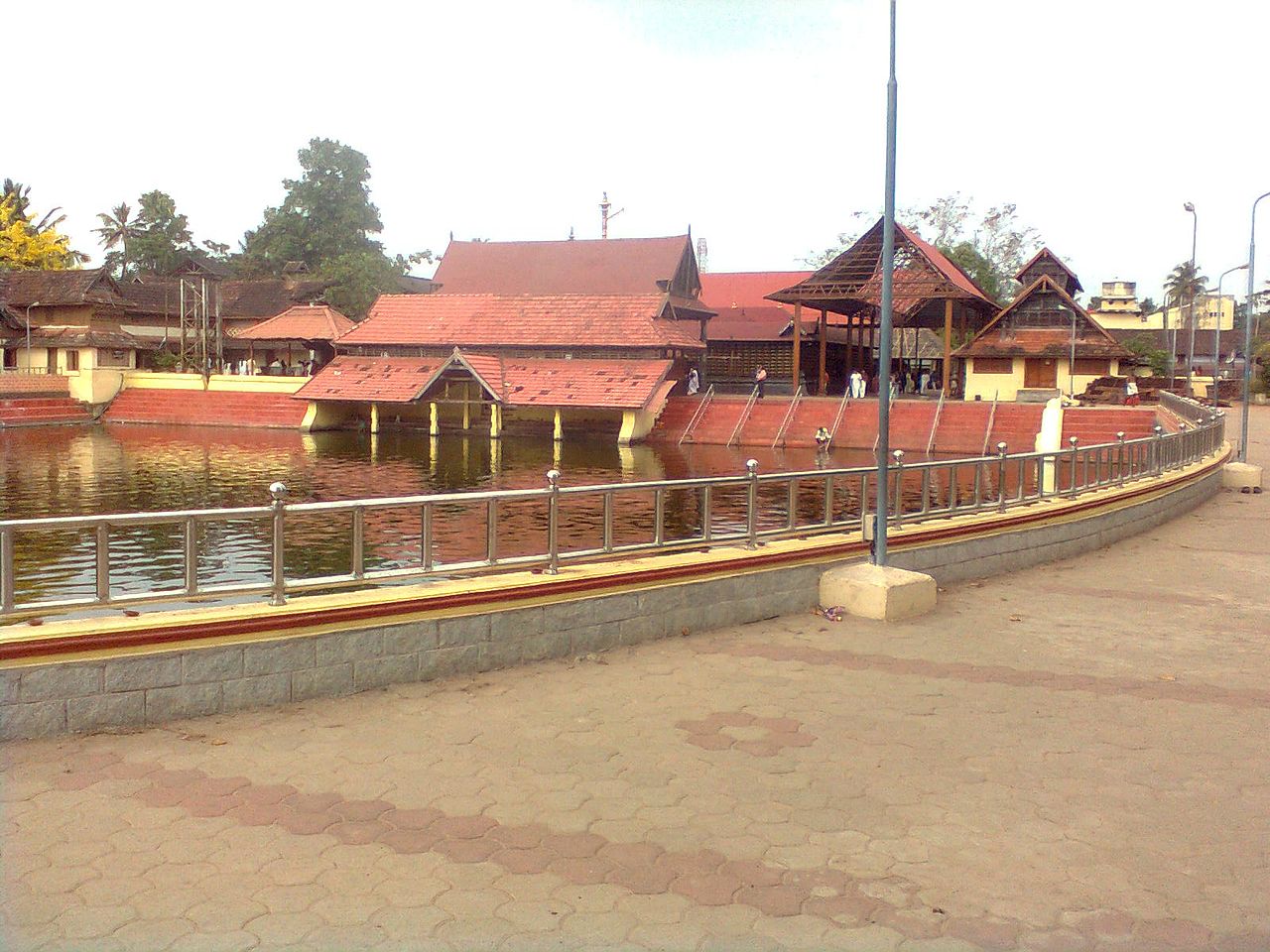 Festivities Held At The Guruvayoor Temple

Guruvayoor Temple and the surrounding town of Thrissur are home to several festivities. Thrissur and the Guruvayoor temple may be visited during one of the main festivals listed below-.

The Dhwaja Stambha flag is hoisted at the beginning of the 10-day Ulsavam celebrations. Ulsavam, which occurs in February or March, attracts a big crowd of devotees. The greatest thing to do in Guruvayoor Devaswom is to go on this tour.

The Hindu festival of Guruvayoor Ekadasi, which occurs on the eleventh day of Shukla Paksh in the Malayalam calendar month of Vrischikam, is widely observed.

New Year’s Day in Kerala, or Malayali New Year, is known as Vishu, which is an important Hindu celebration. On the first of the Malayalam month of Medam, the harvest festival of Vishu is celebrated.

One of Kerala’s and South India’s most prominent Krishna temples, the Guruvayoorappan temple, is located at Guruvayoor. Malayalis and Tamils go to this old shrine on festival days alike. Guruvayoor is located in an interesting location, with attractions like Mammiyur Sri Mahadeva Temple, Muthuvara Mahadeva Temple, Punnathurkotta, Alapuzzha backwaters, Ernakulum, and Fort Kochi nearby.

Around the temple, you may go shopping, have vegetarian or vegan sadya, see a live Mohiniyattam or Bharatnatyam performance, break a coconut at Ganapathi Temple, or go to the Guruvayoor Devaswom Museum, just to name a few activities. 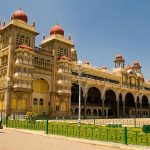 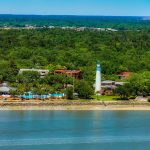 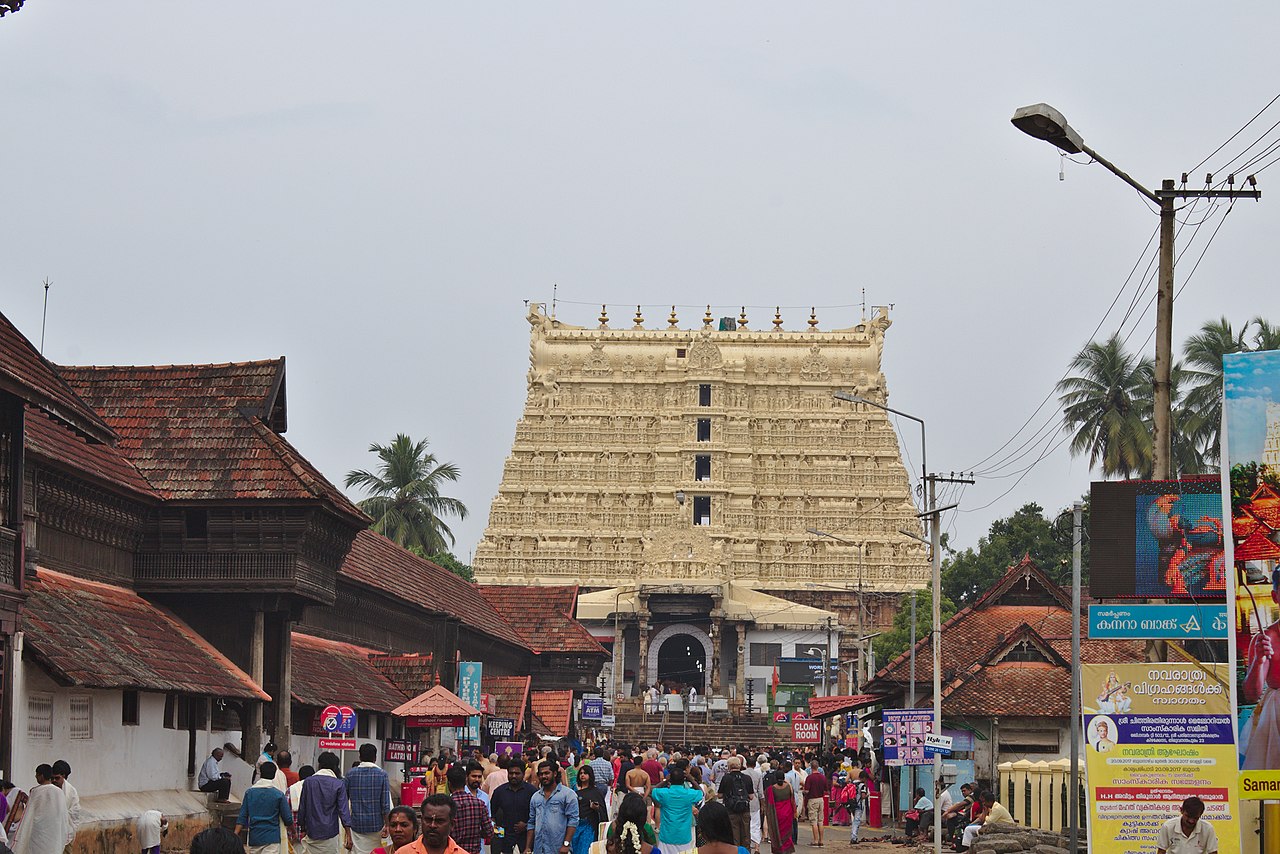