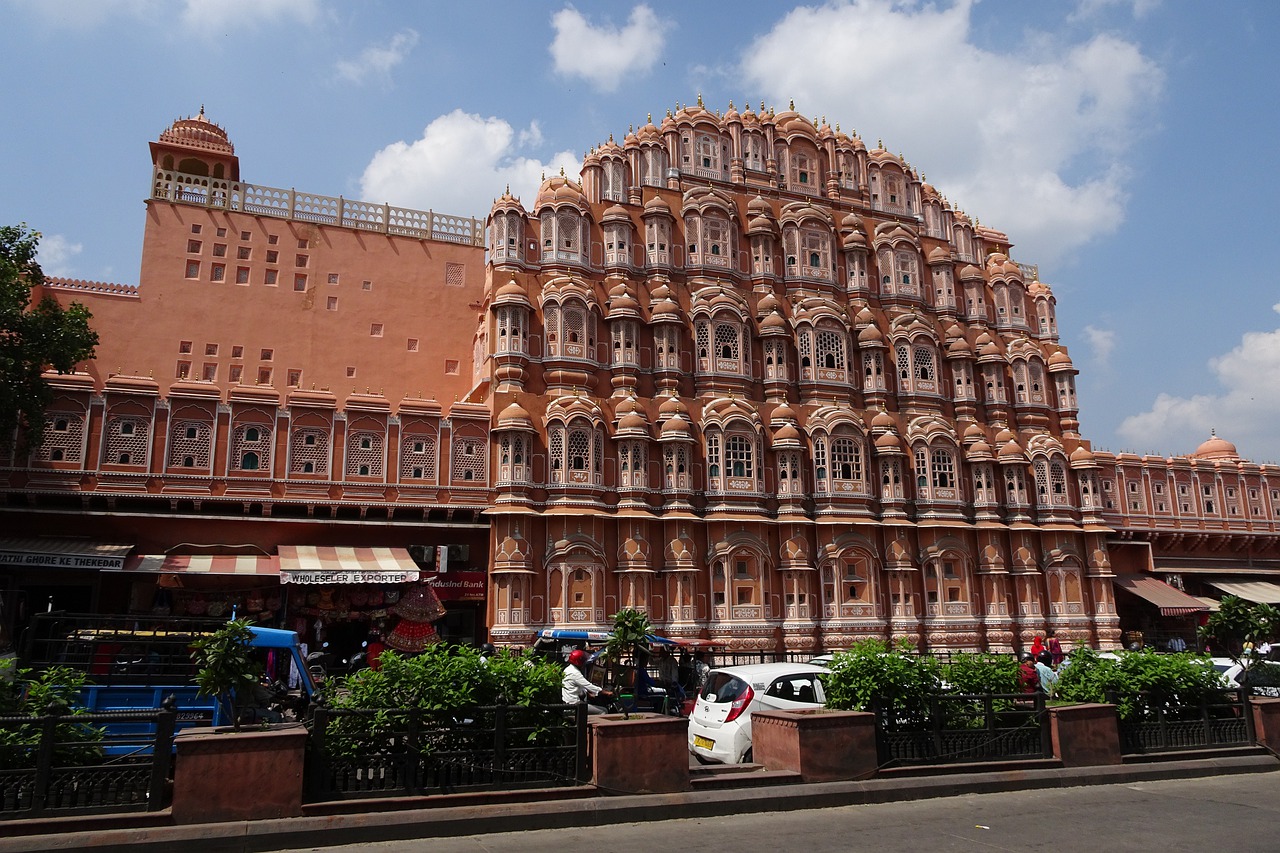 Well – known throughout the country for being a land of majestic royal palaces, mighty forts and warm hospitability, Rajasthan is a treat to explore for almost every traveller irrespective of their age group, gender or interests. Out of the many sightseeing attractions that are located in the beautiful state of Rajasthan, one of the most prominent landmarks will definitely be the Hawa Mahal. Nestled in the mesmerising pink city, this monument is rightly considered as one of the top tourist places to visit in Jaipur. If you ask to know what kind of monument is the Hawa Mahal, then it will be a disgrace of the monument to be described in just words. There is a long series of adjectives which when combined will still fail to describe the astounding charm of the sheer magnificence and beauty of Hawa Mahal. Want to know more about the magnificence of Hawa Mahal? If yes, then you have arrived at just the right place. Continue reading!

Overview of the Hawa Mahal, Jaipur

A symbol of the brilliance and finesse of the splendid Rajputana style of architecture, Hawa Mahal is one of the top tourist destinations of Rajasthan. Tracing its origins long back in the golden pages of history to the year 1799, this palace is a magnificent five storied structure. Also known by the name of Palace of Winds, the main attractive feature of the Hawa Mahal which sets it apart from the rest of the palaces around the country is the 953 small windows or intricately carved jharokas. This brilliant structure was primarily built and designed in a way to allow the royal ladies to watch and enjoy the city as well as the different proceedings taking outside the palace from behind these windows without breaking their customs. 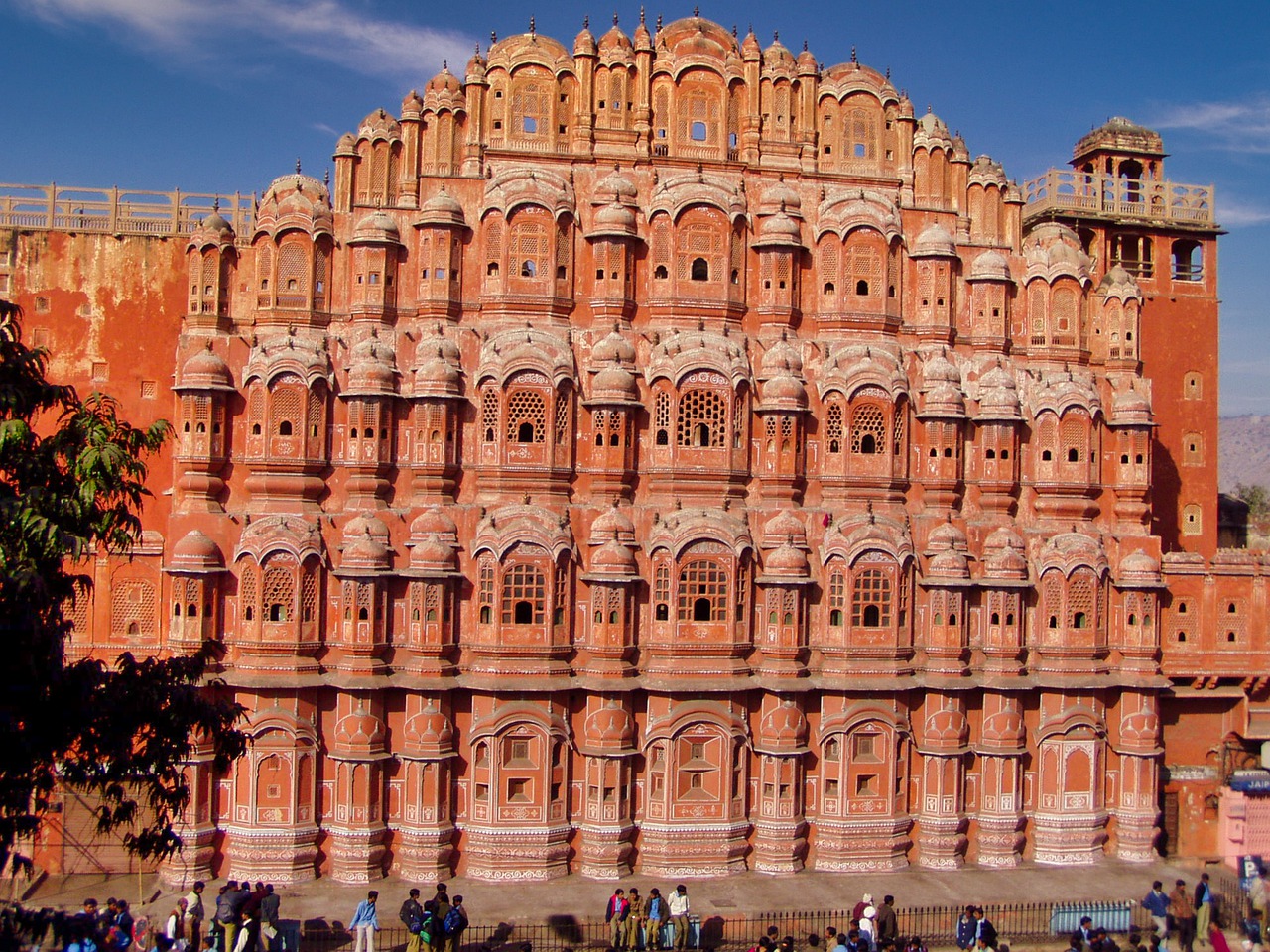 Image Source
Situated at the BadiChoupad in the beautiful Pink city of Jaipur, Hawa Mahal boasts of a brilliant and unique honeycomb shaped structure which is further blessed with a plenty of beautifully carved windows which allowed the cool breeze to blow right through the palace, thereby making it one perfect summer palace. The Hawa Mahal is located right on the edge of the mesmerising City Palace of Jaipur and extends right till the ‘Zenana’ or the ‘Women Palace’. Being place at a stone throw distance from the main commercial centre of the Jaipur city, the Hawa Mahal is one of the most prominent landmark monuments to visit in Jaipur. This palace often finds itself a place in the itinerary of many travellers.

Etymology of the Hawa Mahal, Jaipur

If you are amazed by the structure but are wondering the reason behind the unique name of the palace, then there is not a big mystery behind it. The monument was named Hawa Mahal mainly because the 953 small windows designed in the palace offered great air circulation and ventilation within the palaces which helped in keeping the temperatures of the palace pleasant and cool all the time. As you would already be aware the state of Rajasthan experiences an extremely hot and dry summer season. Hence, the cool temperature and well – ventilation of the Hawa Mahal proved to be a pleasant relief to the residents of the palace, especially during the hot summer months.

History of the Hawa Mahal, Jaipur

Tracing its origin long back in the year 1799, the palace was built by the Kachhwaha Rajput ruler, Maharaja Sawai Pratap Singh, the proud grandson of Maharaja Sawai Jai Singh. The Hawa Mahal was built as a continuation of the royal City Palace and was constructed as well as designed by Lal Chand Ustad, a popular architect of that time. He designed the palace in the form of the striking crown of Lord Krishna. Those of you who know something about the Rajputana culture, may already be aware about the Purdah system which was strictly followed during the olden days. Those of you who don’t know what this system is, according to this custom it was not allowed for the women of the royal household to appear directly in any kind of public area or be seen by strangers. This palace was constructed mainly to offer the royal women a chance to observe the festivities going on the streets without breaking the custom of not being seen from the outside people. Hence, the extremely small windows and the screened balconies of the palace proved successful in offering the royal women a sense of freedom and at the same time honored the tradition as well. 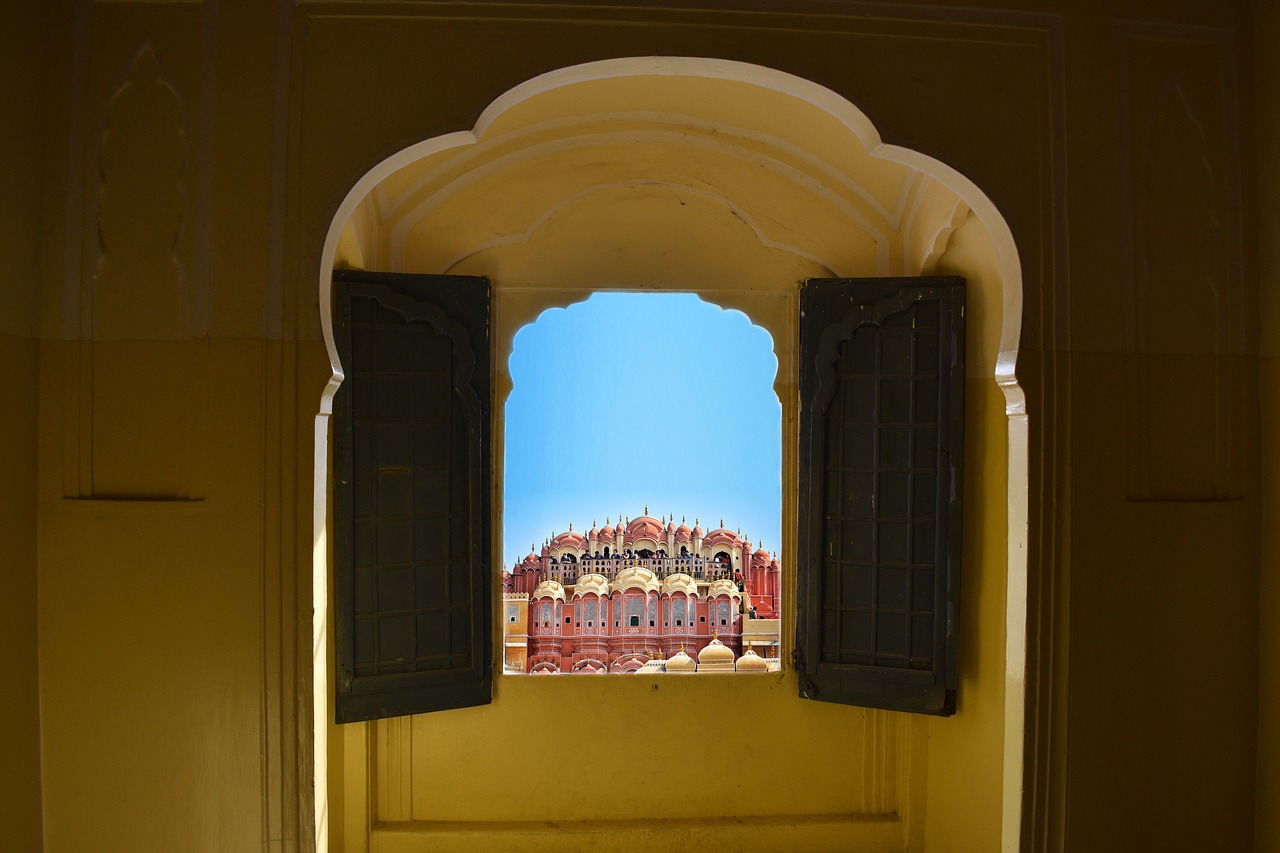 Architecture of the Hawa Mahal, Jaipur

The Hawa Mahal is one brilliant five – storey palace which was designed in the form of the crown of Lord Krishna, which reflects the great devotion of Maharaja Sawai Pratap Singh towards Krishna, a prominent Hindu God. Another interesting feature of the Hawa Mahal is that it boasts of being the tallest building across the whole wide world that was built without a foundation. It is due to this lack of foundation that the structure of the Hawa Mahal is tilted at an angle of 87 degrees. Standing at an elevation of about 50 feet above the ground, the palace structure comprises of small portholes which consist of miniature windows as well as sandstone grills. Despite being a home to about 953 small windows, each of them is carefully designed in way that they are of a size of a peep hole so that royal ladies could not be seen by the public. Built of red and pink sandstone, the palace comprises of screened balconies and arched roofs with hanging cornices. In comparison to the extravagant rich exterior of the palace, the interiors of the Hawa Mahal are relatively simpler but the fact that it offers some of the most stunning views of the pink city pretty much makes up for it. 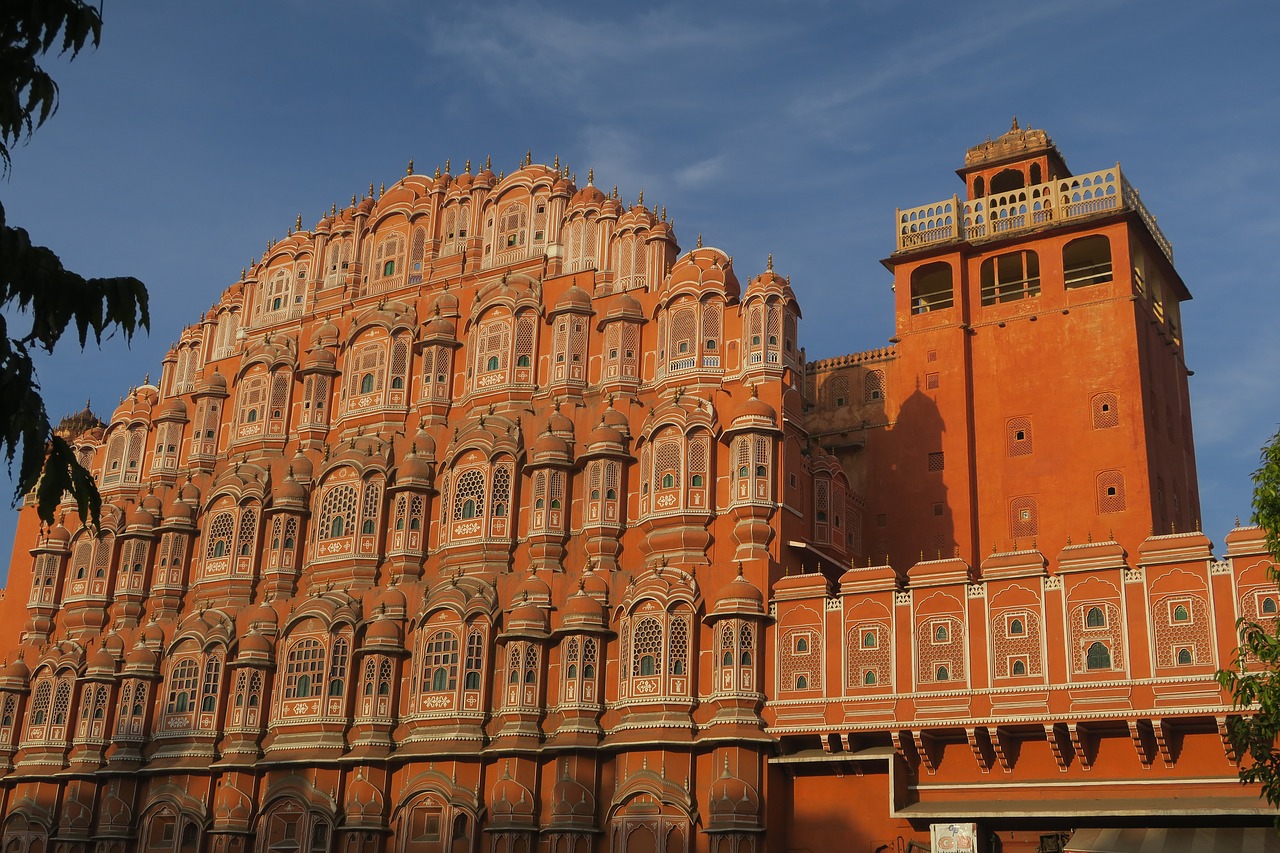 Though simple interiors but you will find that the rooms of the palace are decorated well with colorful mosaics of glasses, ornamental stonework and traditional chhatris which reflect a typical Rajasthani style of architecture. You will be surprised to know that despite being a five – storey tall structure, the building has no stairs inside. Hence, in order to reach the top, one has to climb up the ramps. There were palanquins for the royal ladies back then. For entering this majestic palace of Jaipur, there is a grand Imperial door which is placed towards the left of the building. As you enter the palace, you will be greeted with a large courtyard which further sports three double storeyed buildings towards the left, right and centre. While the first and second floors have large courtyards in front of them, the topmost three floors of the Hawa Mahal are only of a width of one room which are named Vichitra Mandir, Hawa Mandir and Prakash Mandir. All in all, this architecturally brilliant structure is beautiful inside out and is worth of all the appreciation.

The Hawa Mahal is open for public visitors from 9.30 AM till 4.30 PM. Since it is open on all days of the week, you don’t have to worry much about reserving a specific day for visiting this popular tourist place of Jaipur. There is also a small museum to visit in Hawa Mahal which preserves and displays several ancient artefacts that allows the visitors to have a glimpse of the glorious past, the rich cultural heritage and the luxurious lifestyle of the Rajput royal family. On an average, a visitor spends about 2 to 3 hours exploring the entire Hawa Mahal, but it is always better to have some extra time in hand.

If you are worried about paying a hefty entry fee for visiting this extravagant palace of Jaipur, then we will be pleased to tell you that the entry fee for Hawa Mahal is very affordable. For Indian citizens the entry fee is just about Rs. 20 per person and for foreign travellers, the estimated entry fee is Rs. 50 per person. Interested visitors can also buy a composite ticket which will cost about Rs. 300 for Indian citizens and Rs. 1000 for foreigners. Valid for a span of two days, with this ticket you can visit many other nearby attractions too. Also, for those visitors wish to take camera inside the palace premises, the estimated additional charge for Indians is Rs. 10 and Rs. 30 for foreigners.

Jaipur is one of the top tourist places to visit in Rajasthan and welcomes travellers from all over the country throughout the year. However, owing to its extremely hot and dry summer season, a lot of traveller prefer visiting the city in between the months of October and February as during this period, the city experiences winters. The weather is pleasant enough during this time for sightseeing and exploration activities. Talking specifically about the best time to visit Hawa Mahal, then it would be during the early morning hours when the golden rays of the Sun fall on this royal structure illuminating it and making it more elegant than it already is. During early morning, the glory of the Hawa Mahal is at its pinnacle and worth watching. It is best to carry a camera along to click some mesmerising and memorable pictures. 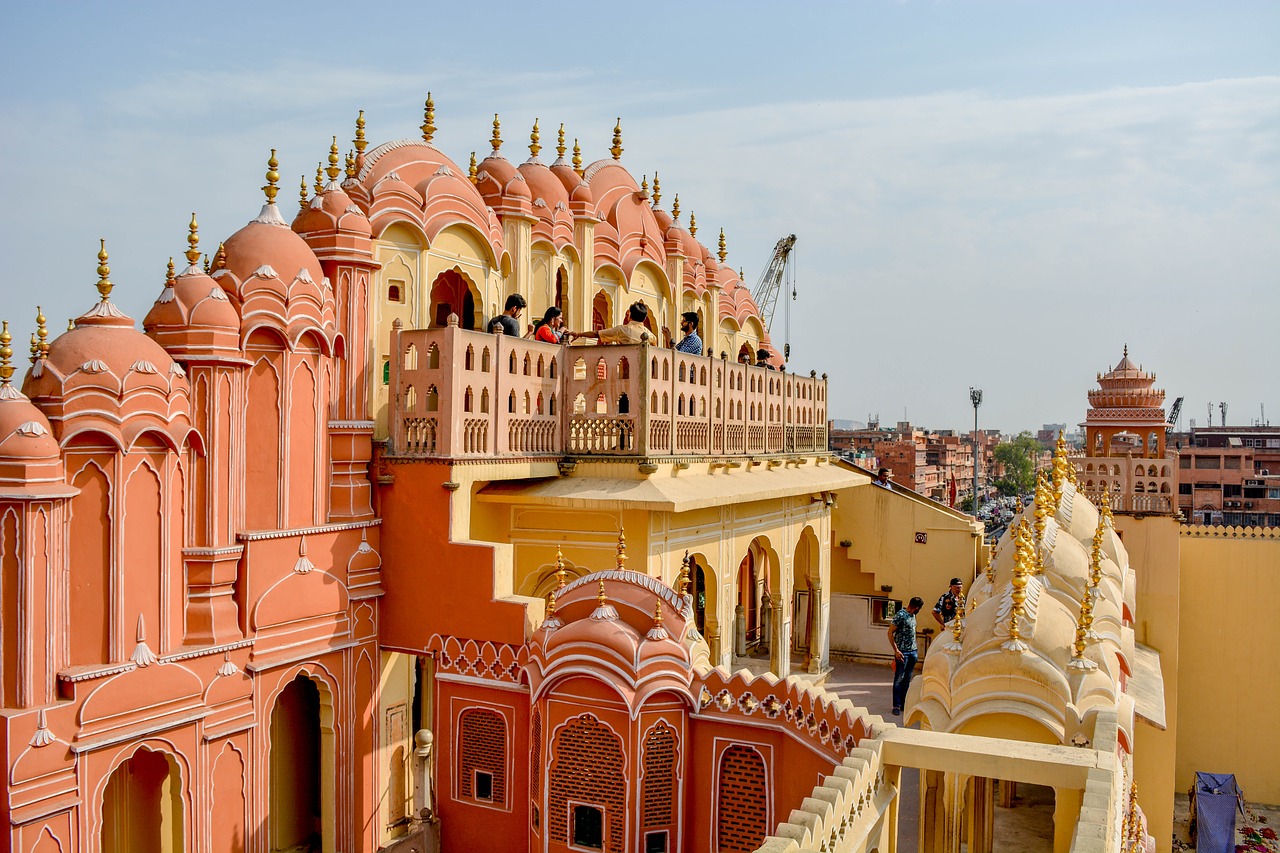 Boasting of being an architectural marvel glorifying the artistic skills and finesse of the artists of the bygone era, people from all over the country and even world come to admire this structure of architectural brilliance. Hence, you must definitely not miss to add this popular sightseeing attraction to visit in Rajasthan in your travel itinerary. 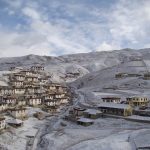 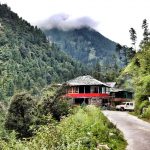 7 Top-Rated Places to Visit in Tirthan Valley (2023) Next 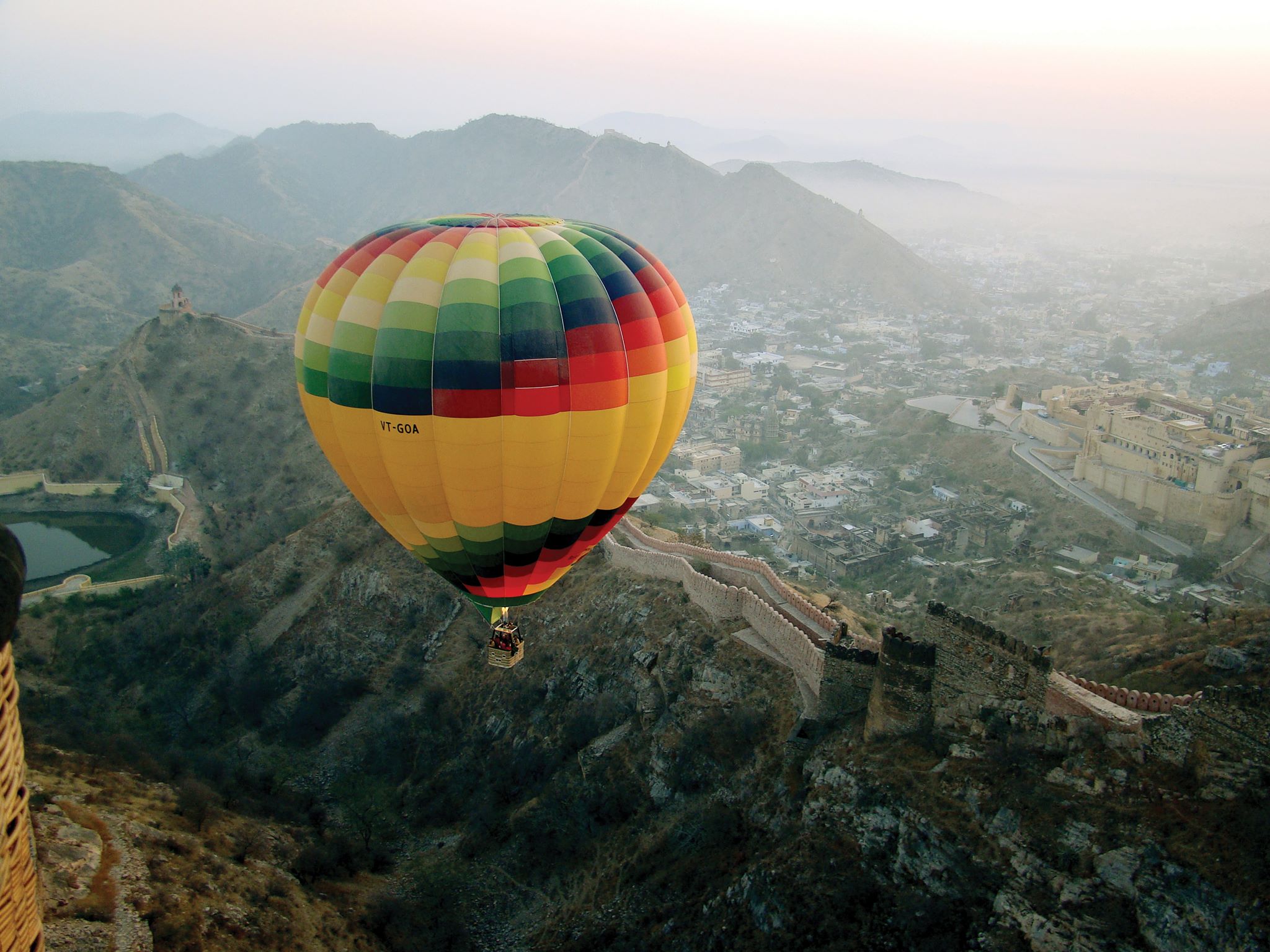 Hot Air Balloon Ride In Jaipur That Takes You Sky-High! (2023) 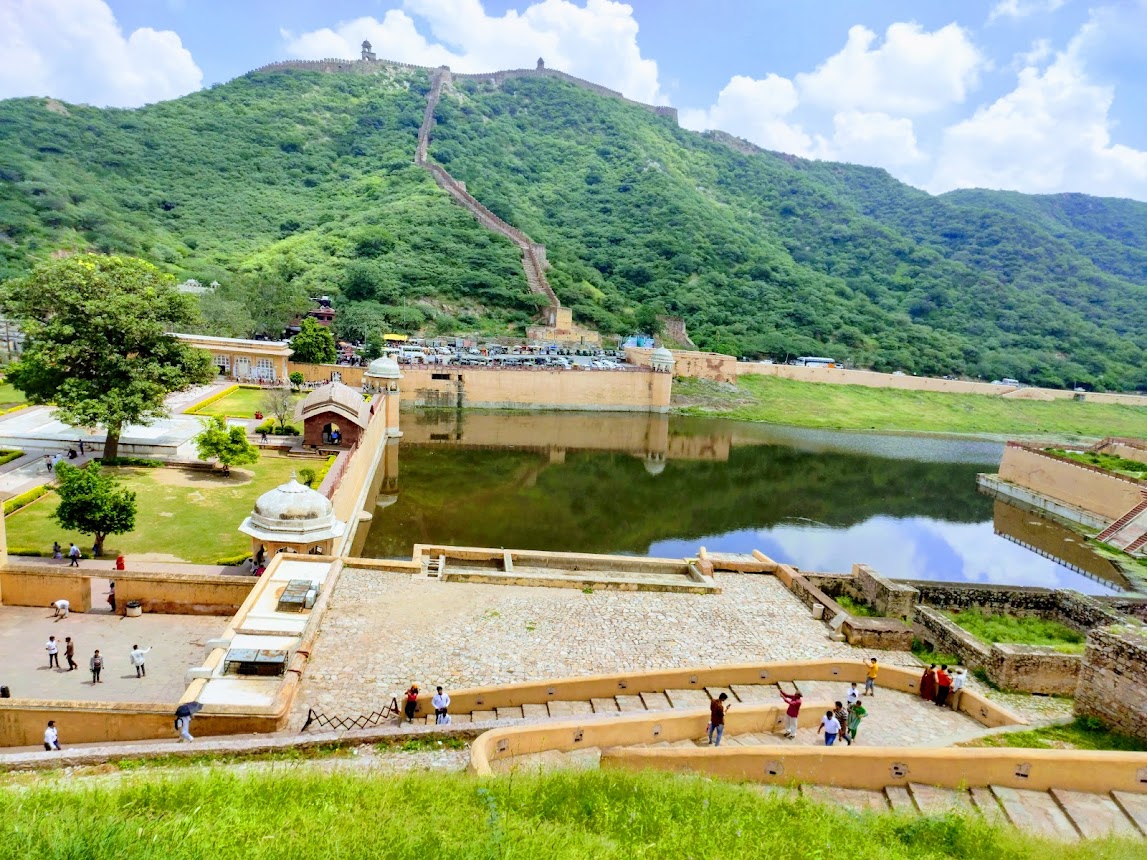 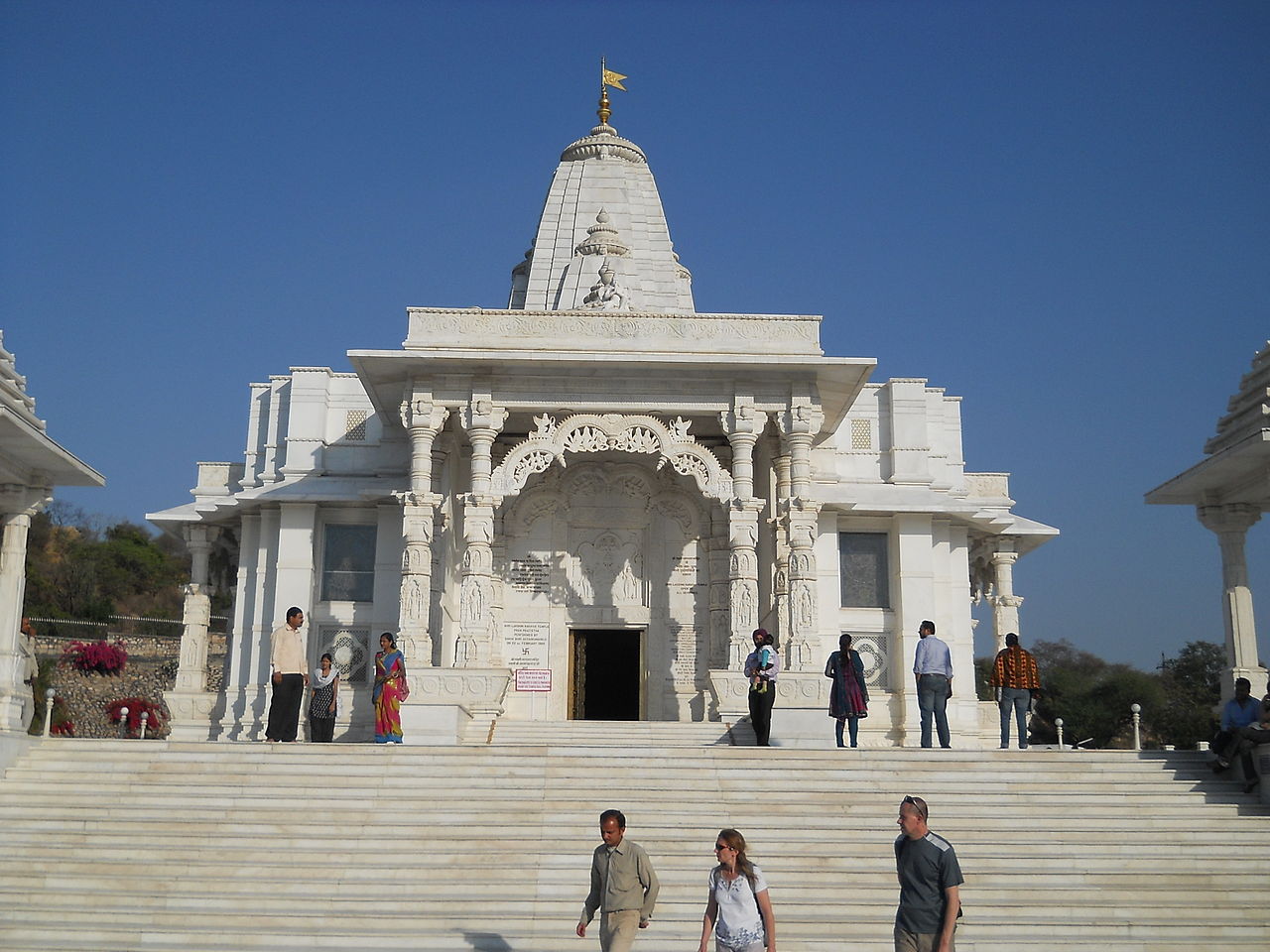