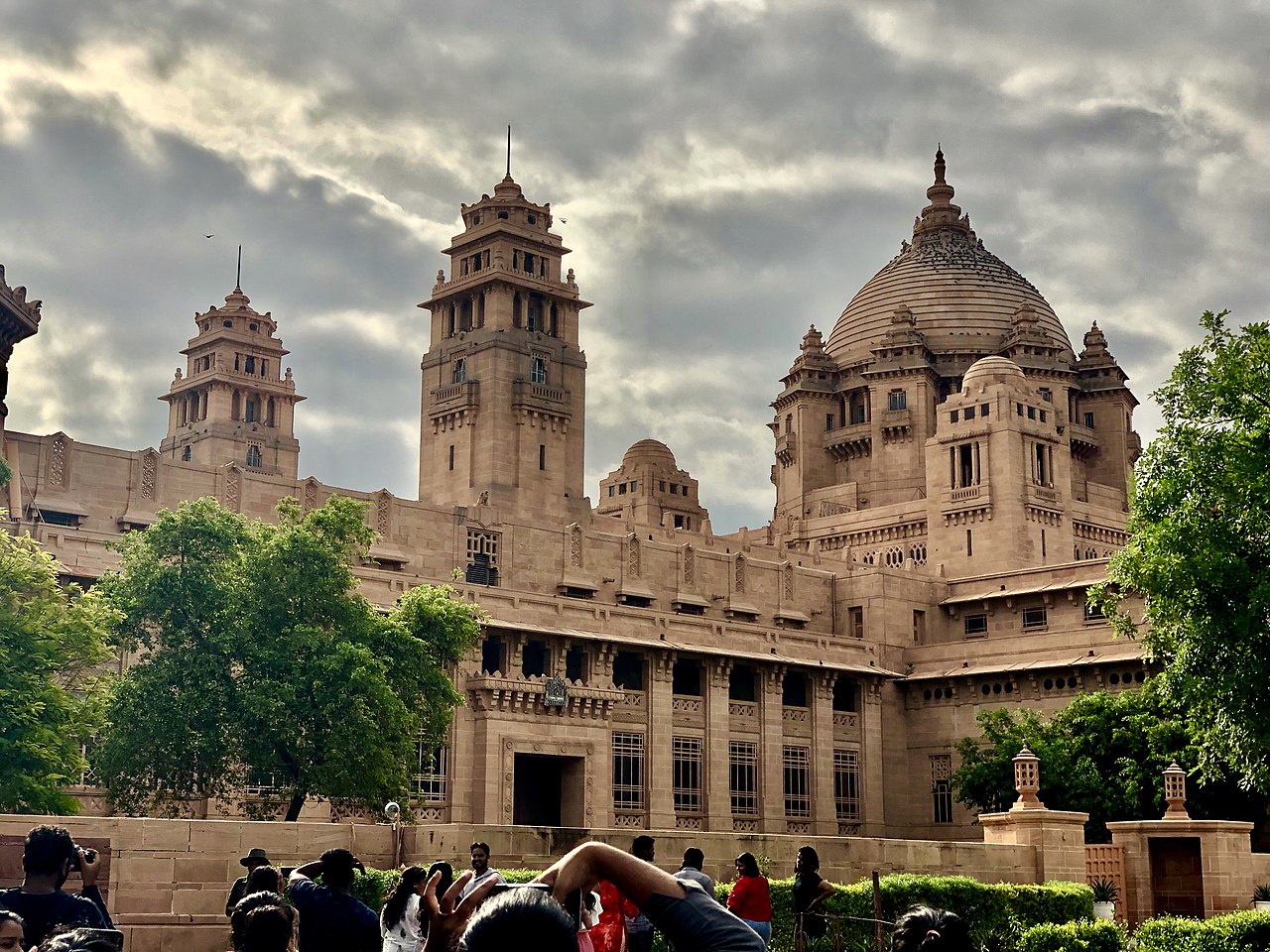 Visit Umaid Bhawan Palace in Jodhpur: One of the Top Tourist Places to Visit in Rajasthan (2022)

Are you one of those people who have a childhood fantasy of royal palaces and rich tradition? If yes, then the Indian state of Rajasthan will surely not disappoint you. Boasting of being the homeland of the brave Rajput warriors, the state is a home to a plethora of significant historical monuments that till date make people swoon over their beauty. There are many cities to explore in the state and each one of them come with their own highlights and exclusive features making it special. Being a land of royal past, majestic palaces, mighty forts, rich culture and spectacular natural beauty, Jodhpur is undoubtedly one of the top tourist places to visit in Rajasthan. Once serving as the capital of the princely state of Marwar, the city now boasts of being one of the second largest cities of Rajasthan. 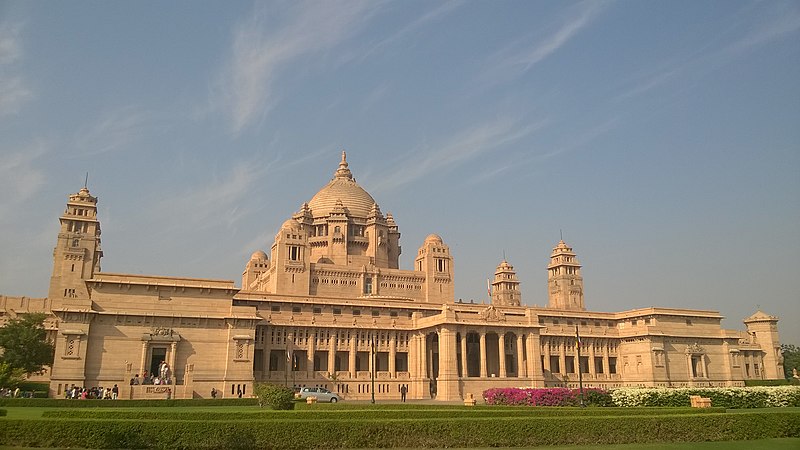 While the beauty of the Umaid Bhawan Palacestructure is mesmerising in itself, but the beautiful garden right outside the palace enhances the charm of the place with its lush greenery and colorful flowers. Housed neatly in the beautiful blue city of Jodhpur, the Umaid Bhawan Palace is not just a spectacular sight to see but a true architectural marvel as well and boasts of being a historical edifice that is as long as 75 years old. Apart from serving as one of the top historical landmarks in Jodhpur today, another appealing feature of the majestic palace is that it was built for a noble cause. The palace which once served as the humble abode for the royal family has now been divided into three parts- a royal residence, a luxury heritage hotel and a museum.

Renowned for being one of the largest private residences across the whole world, a part of the great palace is still owned by Jodhpur’s Raja Gaj Singh and the royal family. It is prohibited for the visitors or general public to enter into this part of the palace. Then comes the part of the palace which has now been turned into a heritage hotel. This is one award winning hotel which is popular for its luxury and warm hospitality. The hotel proves to be just the perfect type of accommodation in Udaipur for all those people who fantasise about being pampered like a royal person. Last but not the least, comes the third and the final part of the palace which is known as the Umaid Bhawan Palace Museum. This is one informative museum that displays a plenty of precious and historic artefacts belonging to the royal family telling the tale of their glorious past.

Talking about the history of this majestic palace in Jodhpur, it is believed to have a noble and a good cause behind its origin. It is said that the main motive behind the construction of the Umaid Bhawan Palacewas the welfare of the people. According to the legends associated with the Umaid Bhawan Palace, it is believed that following the prosperous reign of the Rathore rule, a saint cursed the Jodhpur city because of which the city was condemned to have a drought for a period of three consecutive years. During this period, the farmers suffered greatly under extreme conditions of the famine. Therefore, the farmers went to the then king of the city, Maharaja Umaid Singh and pleaded him for help. In order to help his subjects during the difficult time, the ruler decided to give them employment and hence commissioned the construction of the great Umaid Palace. It is said that the pace at which the palace was built was very slow. In fact, the actual construction of the palace began long back in the year 1929 but the structure was not completed until the year 1943. Hence, the slow and elongated construction of the palace, provided the farmers a consistent source of employment. If the rumours are to be believed, the construction of Umaid Bhawan Palace supported and brought employment opportunities for as many as 300 people. Long after its construction, it was in the year 1971 that Gaj Singh II who succeeded his father decided to convert a part of the palace into a heritage hotel. 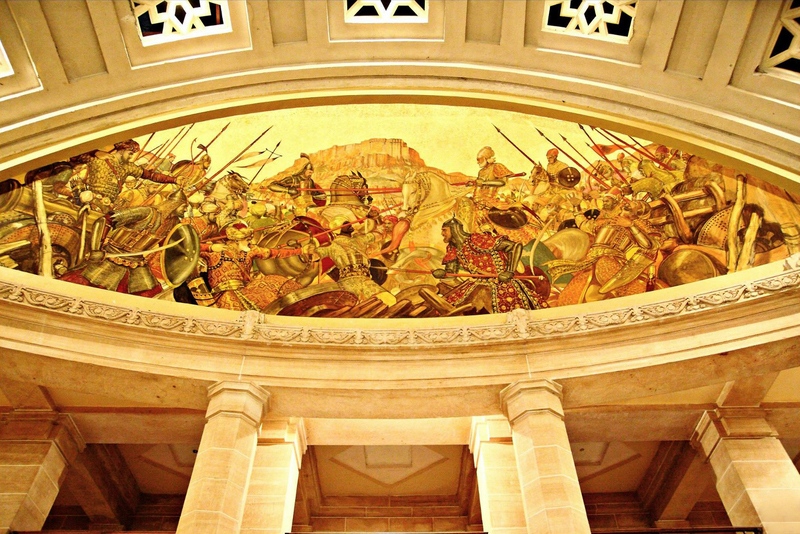 The job for conceptualising the design of the majestic Umaid Bhawan Palace was assigned to Henry Vaughan Lanchester, who was a great architect of that time. He designed the palace structure along the lines of the government complex of New Delhi. The Umaid Bhawan Palace was built in a typical Beaux Arts style. Made up of golden yellow sandstone and Makrana Marble, the palace comprises of two main wingers. For the intricate woodwork that you can spot inside the palace, was done using the Burmese teak wood. All in all, this huge palace comprises of as many as 347 spacious rooms, a large banquet hall capable of housing about 300 people at a time, several grand courtyards, a throne chamber, a Durbar hall which was used by the king to meet the public, an exclusive private meeting hall, a swimming pool, private dining halls, two unique squash courts, spa, a library, four tennis courts, a ball room, an indoor billiards rooms and long passages. The majestic palace was built at a large budget of approximate 11 million rupees, of that time. The grand palace was designed in a way that it incorporated the classical Indian style of architecture as well as the features of western technology. 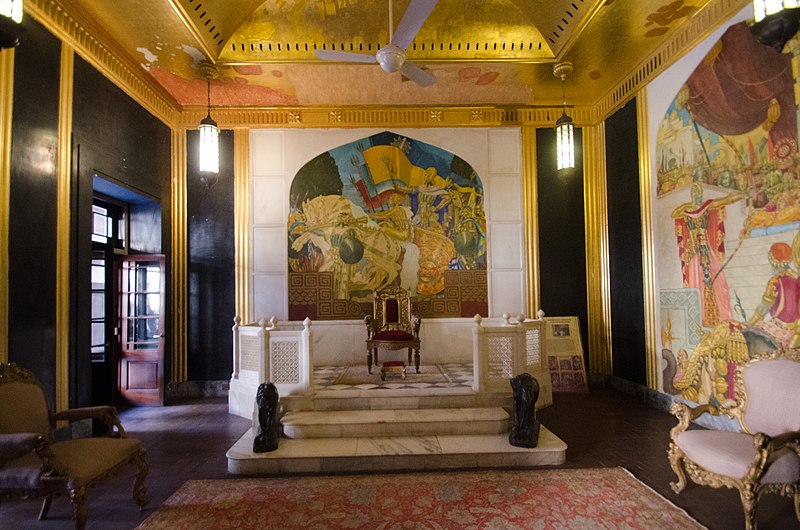 A part of this majestic Umaid Bhawan Palacewas converted into a luxury heritage hotel which boasts of housing as many as 70 guest rooms and also comprises of the exclusive Maharaja and Maharani suites. While the Maharaja Suite comes with a black marble flooring and a curved mirror dome, the features of the Maharani suite differ a bit as it sports a parquet flooring and offering a stunning view of the lush green garden. The large hall which served as a banquet hall in the earlier times is now transformed into a large restaurant serving delicious cuisines in the hotel premises. A tangible proof of the flawless and warm hospitality of the Rajasthani culture, this hotel will allow you to indulge the best of both the worlds – royalty and luxury.

The suites and rooms here are spacious, decorated with classy décor and offer mesmerising natural views. The hotel also provides a series of top – class facilities for the convenience of their guests. For instance, the hotel premises house an amazing in-house restaurant serving scrumptious continental and Indian fusion dishes and a spa that allows you to relax, indulge in Yoga and Meditation, ayurvedic therapies and beauty treatments. Some of the other modern amenities that the guests can enjoy here include an indoor, outdoor and kids pool, a fitness centre, sport courts and a lot more. Honored with World’s Best Hotel award in the year 2016, this Umaid Bhawan Palacehotel is undoubtedly one of the best hotels in Jodhpur.

The Umaid Bhawan Palace is open from 9 AM till 5 PM. On an average, a visitor spends about 3 to 4 hours to completely explore this majestic palace in Jodhpur. However, it is always good to have some extra time in hand, in case you get lost in the architectural brilliance, natural beauty and the royal past of the Umaid Bhawan Palace. Moreover, since the palace is open on all days of the week, you don’t have to worry about reserving a specific day for visiting the palace.

If you are worried about paying heavy entry fee for visiting the grand palace, then we will be pleased to tell you that the cost for getting a tour at the Umaid Bhawan Palace is not at all high. For Indian citizens, the cost for a tour is about Rs. 30, while the foreign travellers have to pay a cost of about Rs. 100 for tour. The cost for children is just Rs. 10. Other than that, if you wish to stay at the Umaid Bhawan Palace Hotel, then the cost will vary depending upon the room or suite you choose and other facilities that you use during your stay.

Over the years, the Umaid Bhawan palace has emerged as one of the top tourist places to visit in Jodhpur. This majestic palace receives visitors from all over the country throughout the course of the year. However, if you are looking only for the best experience, then the best time to visit Umaid Bhawan Palace for you will be in between the months of October till March. This is because during this period, the place experiences winters and the weather is just perfect for sightseeing and exploration. Try to begin your tour to explore the grand palace during the morning hours for beating the heat. If you just want to stay in the hotel, you can visit anytime. 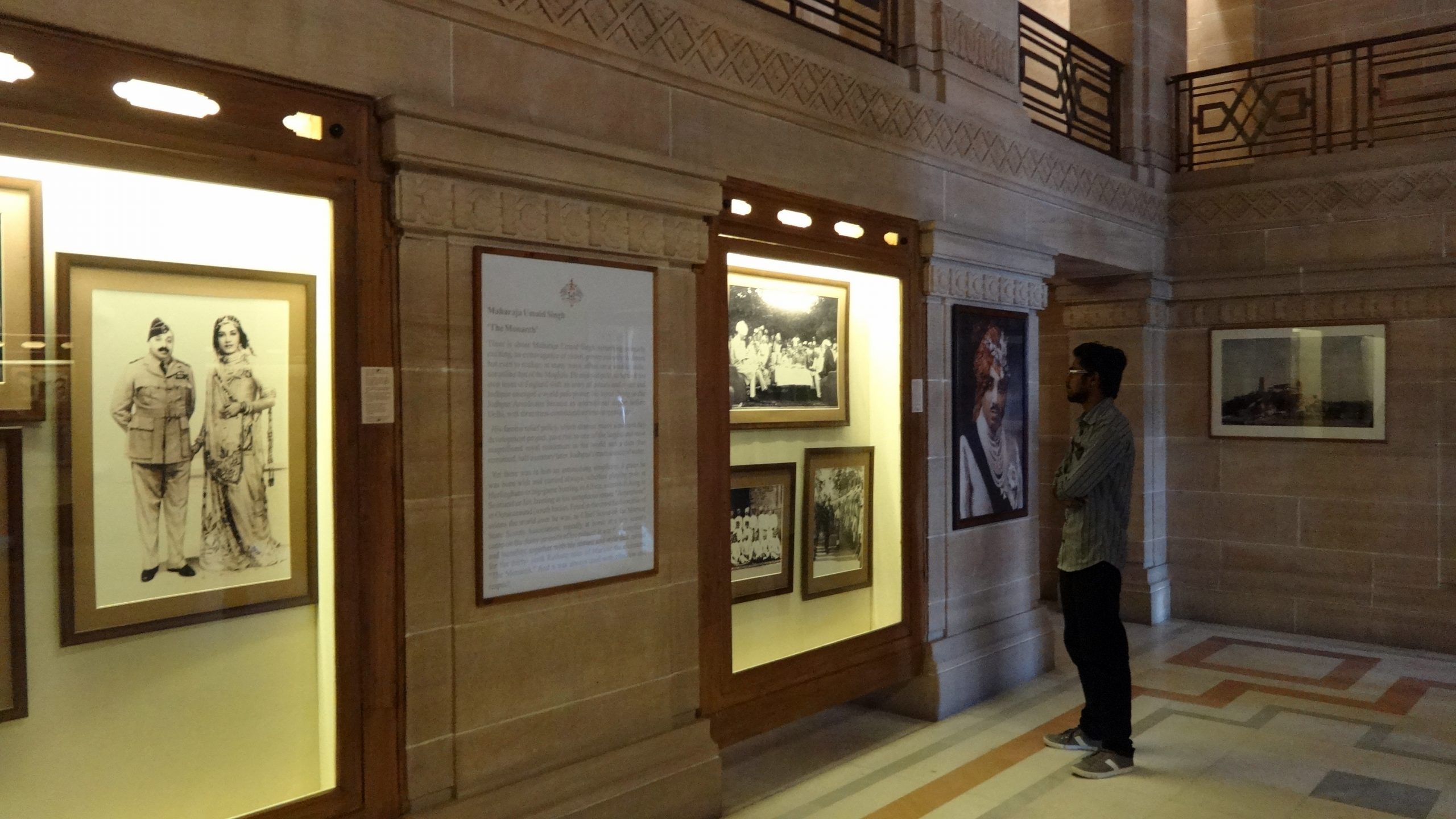 For all those travellers, who wish to have a true taste of the warm hospitality, traditions, culture, royalty and stunning architecture of the state of Rajasthan, Umaid Bhawan Palace should be a must-visit place in Jodhpur for you. 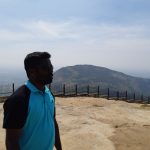 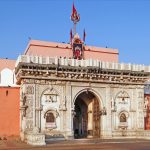 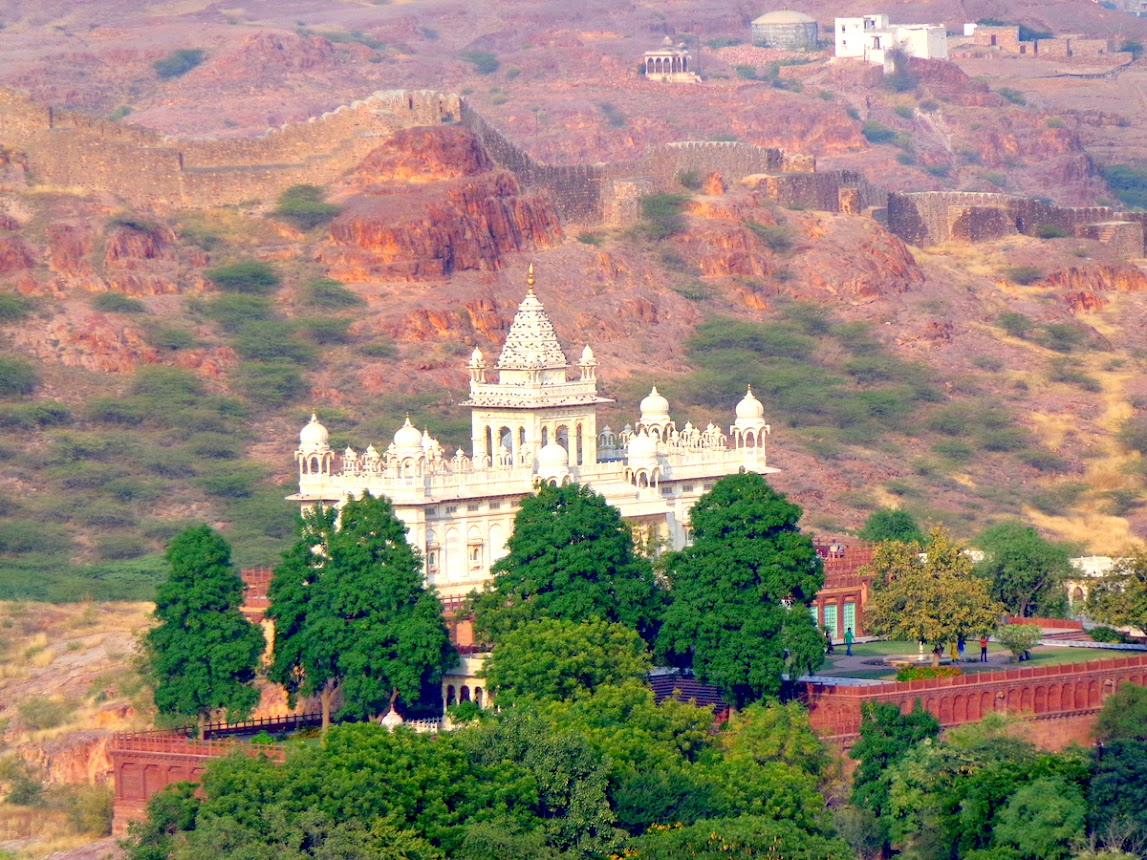 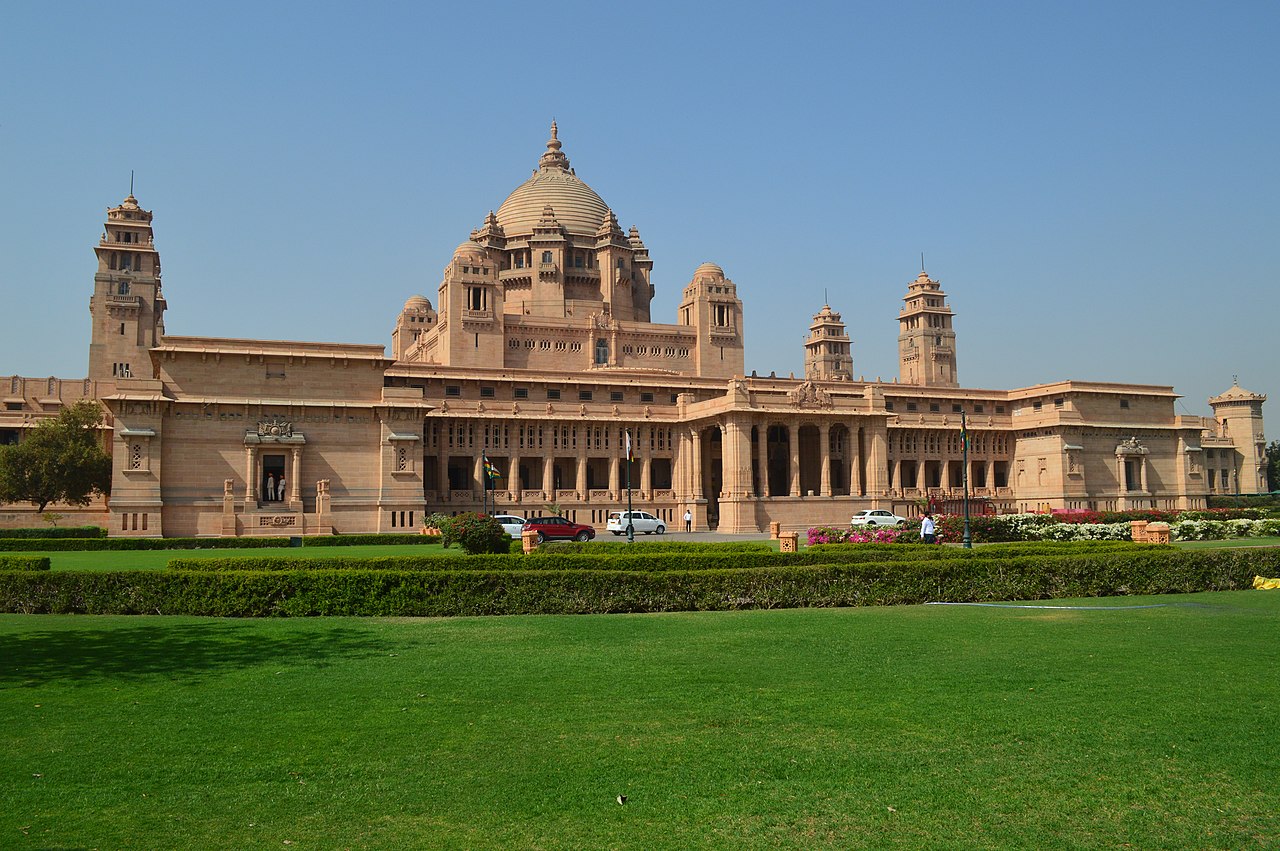 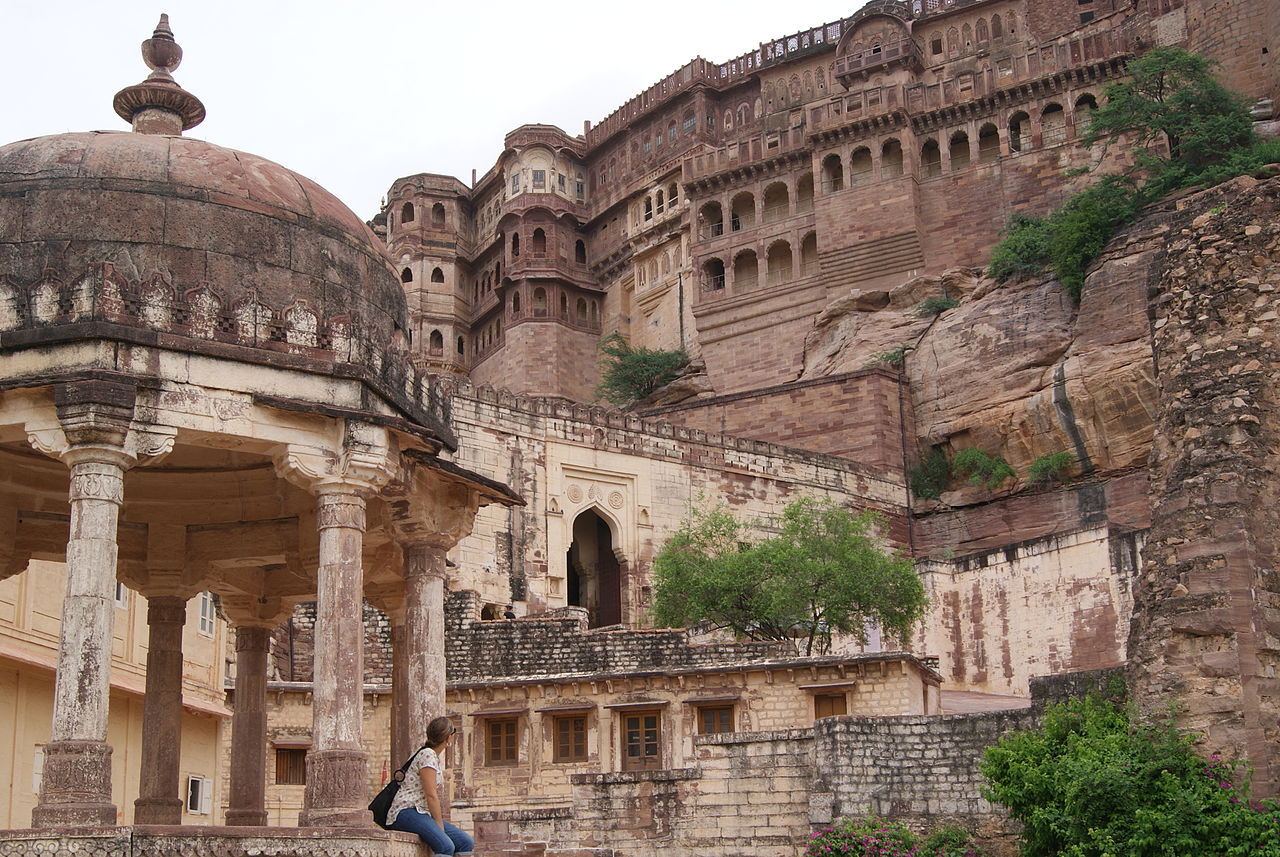