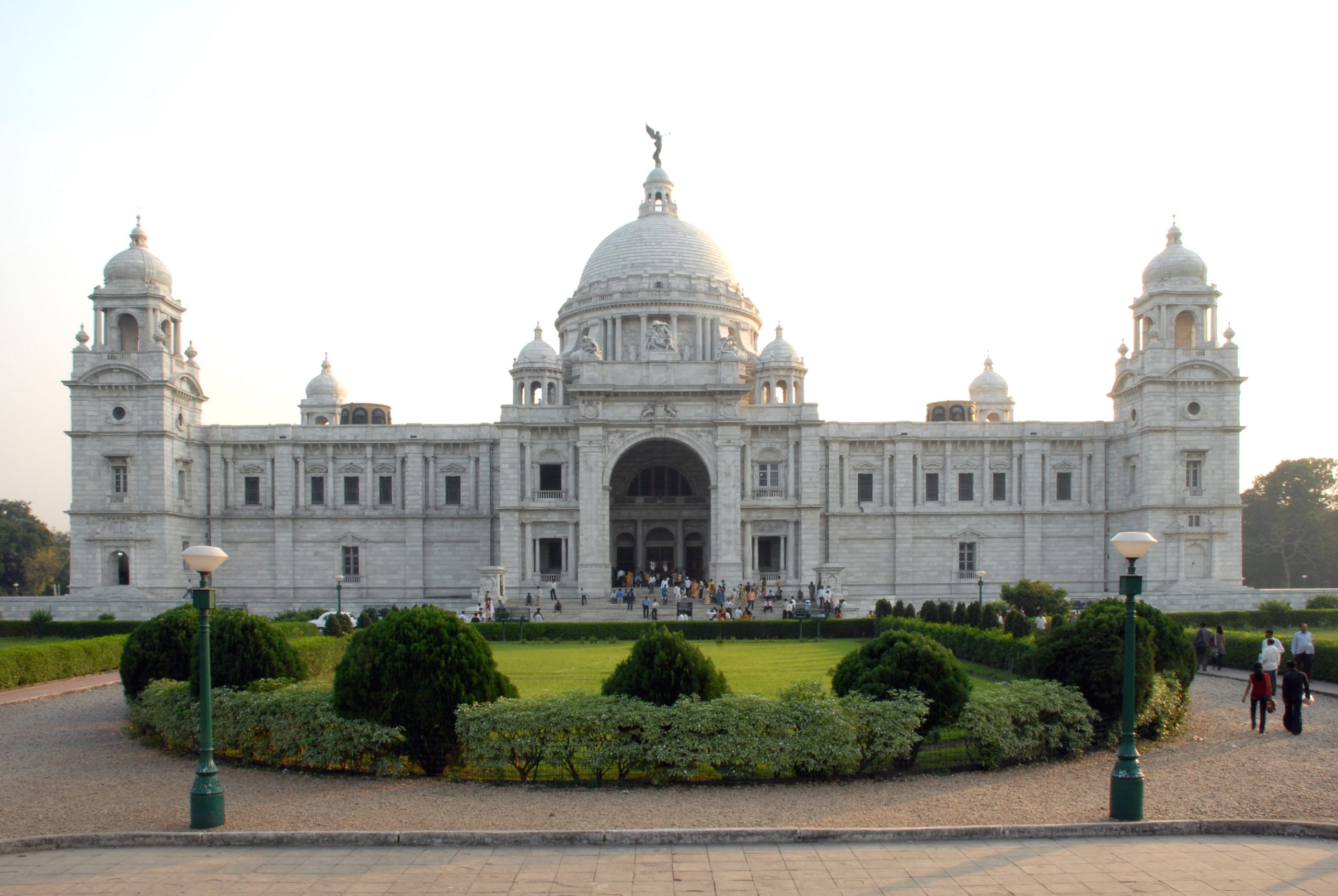 Kolkata is commonly known as “the city of joy.” You might be thinking about what the reason for that title is. Once you visit there, you will get the answer by yourself. The city is not merely a place where millions of people, but it is a living and breathing entity. As the city is over 350 years old, you will be able to see both the classic and contemporary sides. Kolkata is home to over 20 million people and is the place of work for even more. Now the city is growing at an exceedingly fast rate. Although the city is loud and chaotic, there are still some places inside it that are genuinely tranquil. Kolkata is a vibrant city that is accomplished in different sectors. From arts and culture to information technology, Kolkata is genuinely versatile.

As Kolkata is a metropolitan city, many people feel it is not the right tourist spot, but they are wrong. There are so many places to visit in the city that even a week is not enough to explore. As Kolkata was earlier the capital of India, there are a lot of historical buildings as well. If you are new to the city and want to explore it, then read this article. Here, you will get to know about the Best places to see in Kolkata, which are entertaining and educational.

11 Best Places In Kolkata For Every First-Time Traveler

The sites mentioned in the following section of this article are quite popular. Some of them are even internationally renowned.

Howrah Bridge is one of the most awe-inspiring architectures from the British era which people fall in love with. The new name of Howrah Bridge is Rabindra Setu since 1965, and it is the sixth-longest cantilever bridge in the world. Even though most people use the bridge to enter Kolkata from Howrah, but it is one of the most picturesque sights of the city. The view of the Hooghly river from either side of the bridge will take your breath away. You might have seen the use of Howrah Bridge in several movies in the past. It has been captured beautifully in videos like Yuva, Love Aaj Kal, Do Bigha Zameen, and others. 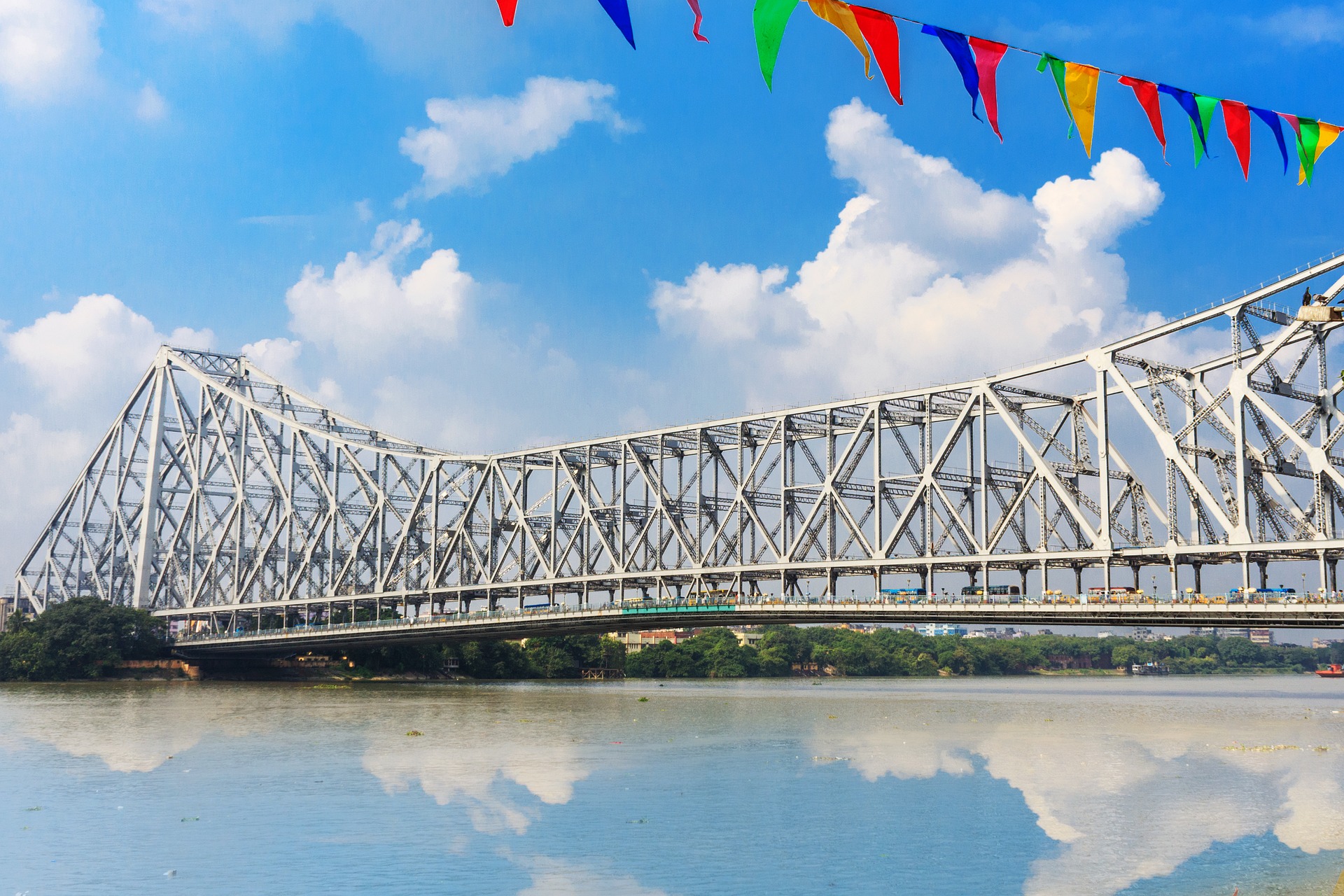 Timings: It is open all the time.

Victoria Memorial Hall was originally built to commemorate the 25-year rule of Queen Victoria in India. No matter how inglorious the reason is, this structure has been an integral part of Kolkata since its opening. As the hall is located on a beautiful lawn spread over 64-acres, most local people in Kolkata go there to have a nice picnic. The construction itself is magnificent. Moreover, if you visit the site during the night, you will be able to witness the fabulous light and sound show. You will be able to learn a lot from the museum inside the hall if you are a history enthusiast.

Belur Math is not merely the headquarter of Ramkrishna Math in India, but it is one of the most popular tourist spots in Kolkata. The unique part about the structure is that it is built to unify the Hindu, Muslim and Christian religions. You will be able to see the evidence in front of the building of the Math. The site is exceptionally historically important as it was founded by Swami Vivekananda and was dedicated to Ramkrishna Paramhansa. If you want to experience the place genuinely, visit the Math around 5.30 PM to take part in the evening Aarti. 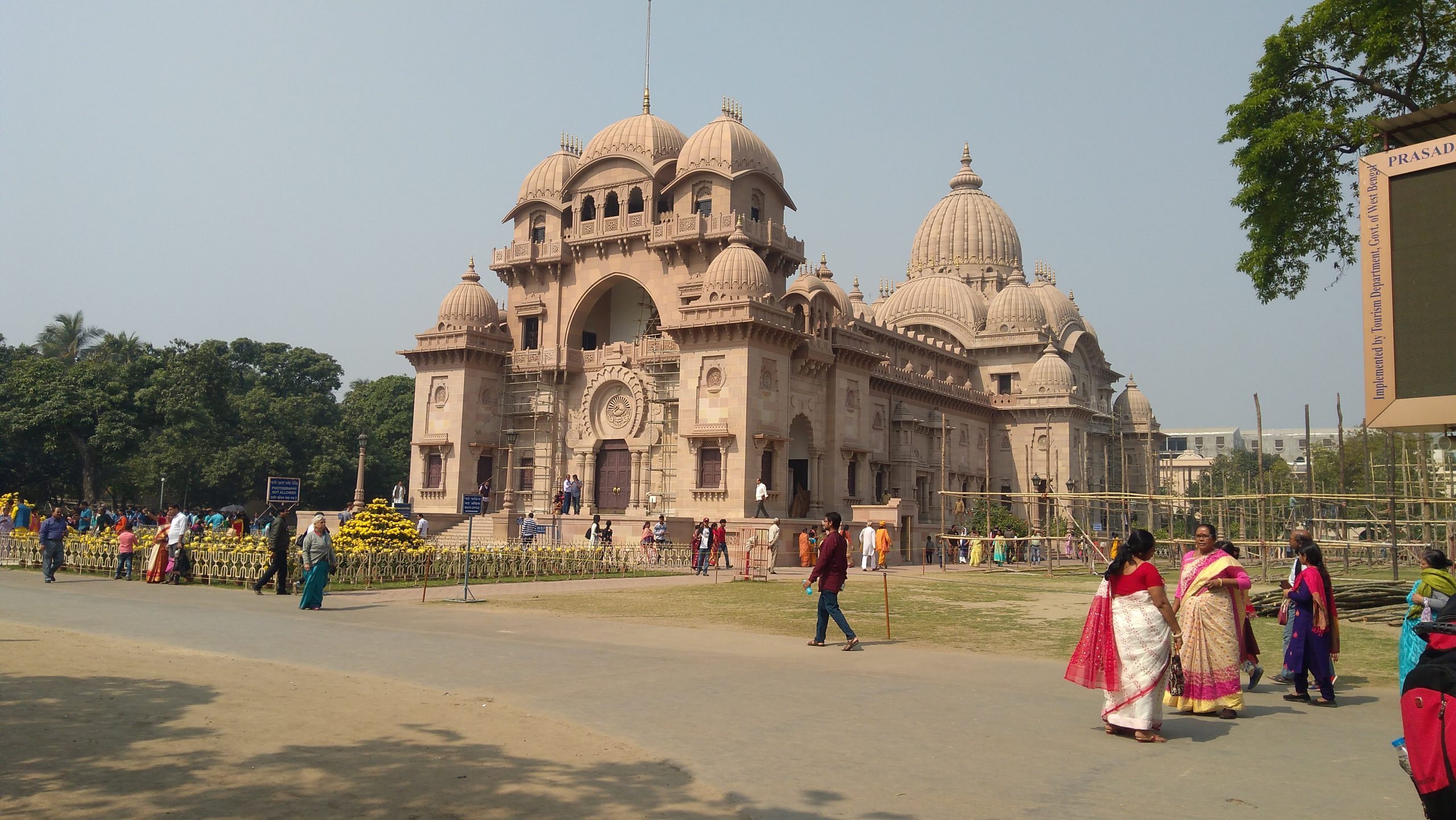 Fort William is one of the oldest historical spots located in Kolkata. It was built right by the eastern bank of Hooghly river in 1696 by King William III. When you reach the place, you will be quite surprised. The fort is located in an area spread over 70.9 acres. Robert Clive founded the octagonal building of the fort. Fort William not only is architecturally stunning, but it has some impressive historical pieces of evidence as well. Right now, the fort is set up to accommodate over 10,000 personnel of the Indian army. Remember to read the history of the fort before visiting there. 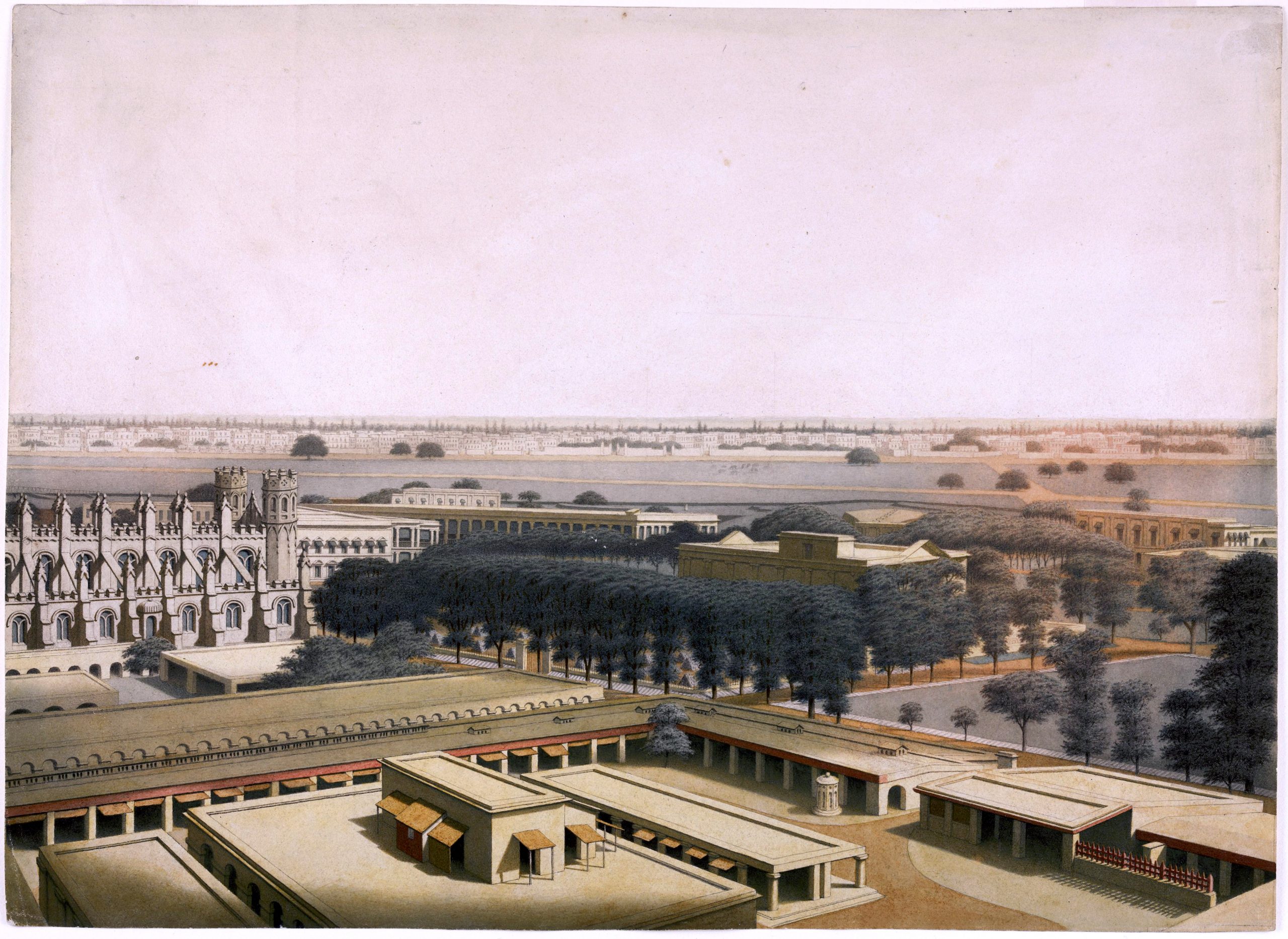 Indian Museum is the pride of Kolkata as it is the largest museum in India. The museum was built in 1814, and it is the sixth oldest museum in the world. As the museum has 35 different galleries, it is almost impossible to see every one of them in a single day. Usually, history lovers visit the museum more than once to witness everything. Not only does the museum have a unique collection of Mughal paintings and sculptures, but it also has Egyptian artifacts and mummies. The museum is divided into six main sections, namely Economics, Botany, Anthropology, Geology, Zoology, and Archaeology. You will be able to visit your desired section quite easily by following the signs. 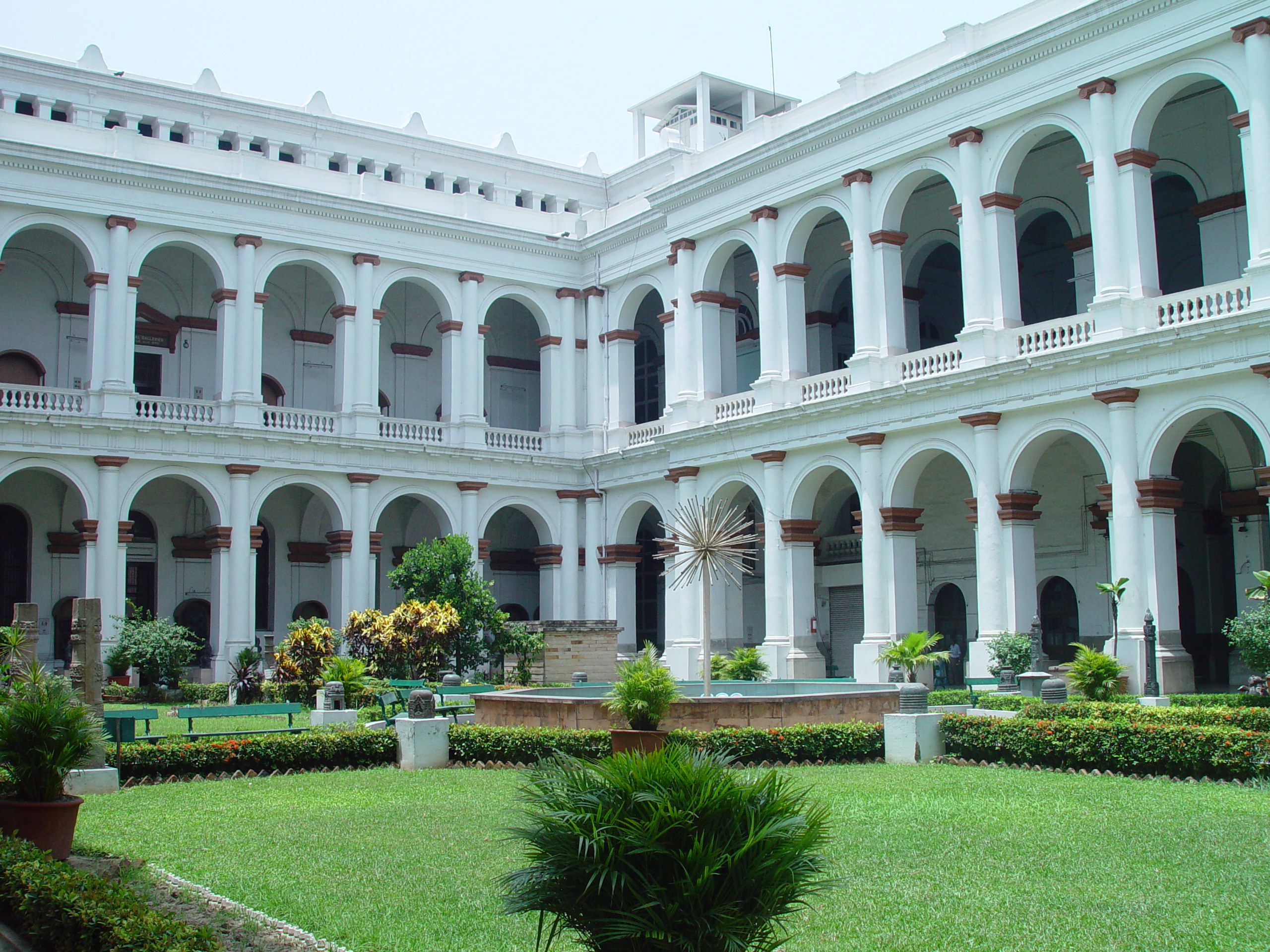 Closed on Monday and other national holidays.

St. Paul’s Cathedral is not only one of the most beautiful churches in India, but it is the first Episcopalian church in Asia. If you come to Kolkata at Christmas, you will see the gorgeous decoration of St. Paul’s Cathedral. The Indo-Gothic style architecture genuinely makes it stand out among all other churches in India. It is popular among tourists and the local people of Kolkata as it is one of the Best places to see in Kolkata. You will be spell-bound if you enter the church by seeing the magnificent altar and massive nave of it. 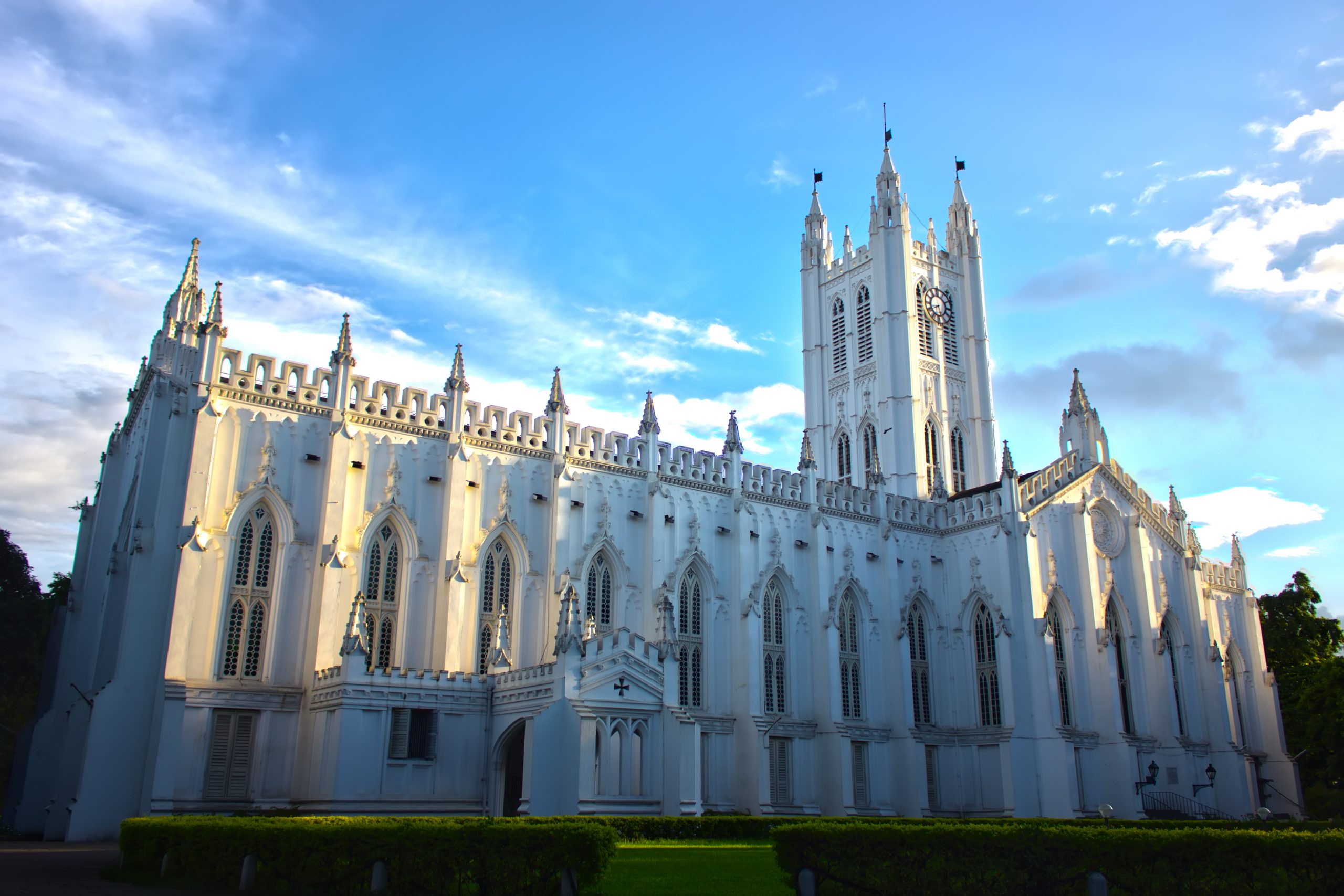 Kolkata and Rabindranath Tagore are spectacularly intertwined with one another. What better way to know more about one of the most significant literary personalities in the world, than by vising their childhood home? You must visit Jorasanko Thakur Bari during your trip to Kolkata if you love reading stories and poems by Rabindranath Tagore. The house is not merely the poet’s residence, but it is a fully functional gallery. You will be able to see rare photographs of Rabindranath Tagore and get to see the original manuscripts written by him. In the house, you will learn a lot about the respectable Tagore family and the family members. 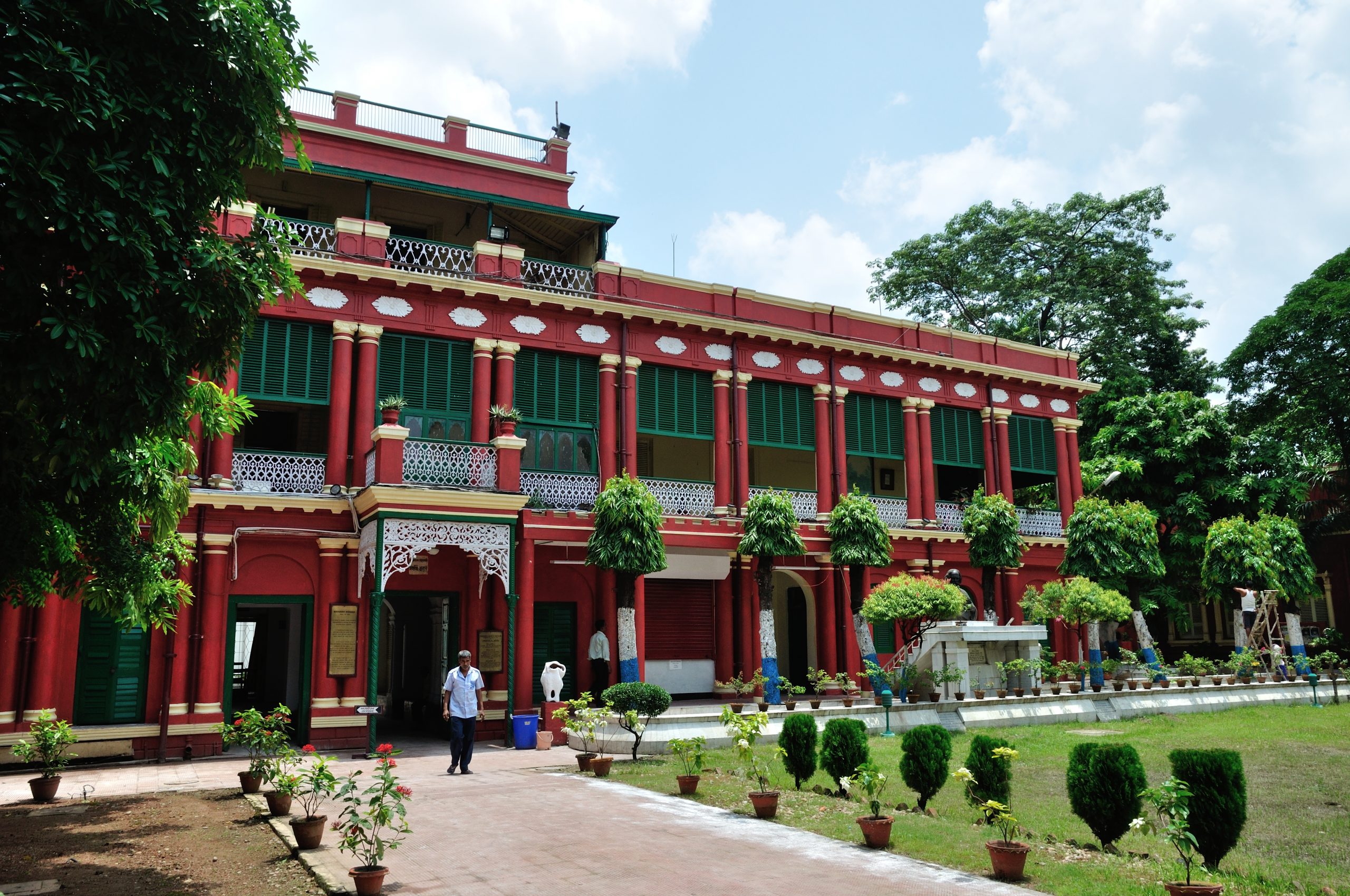 Rabindra Sarovar is one of the few places in Kolkata where you can breathe in the fresh air. The lake is located inside a park which is spread over 75 acres. Birds from Russia and Siberia often visit this lake situated in South Kolkata. The park is usually flocked by local people who go there for a walk or to hang out with their friends. It is a great place to have an idyllic picnic with your loved ones. The park is also a great place to go on a boating trip. It was earlier known as Dhakuria lake. If you have kids, you should undoubtedly visit the lake. 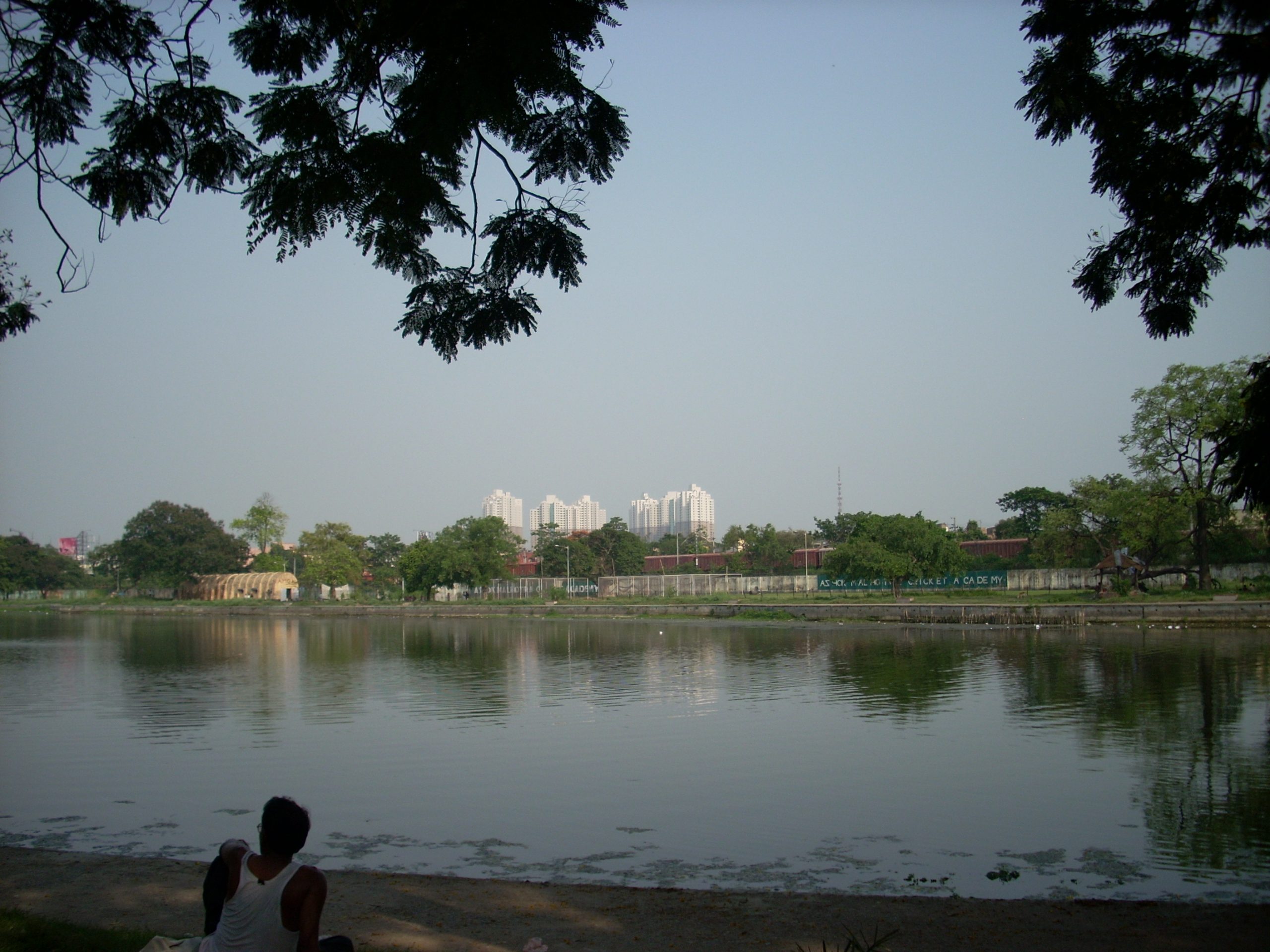 Alipore Zoo or Zoological Garden of Alipore is the oldest zoo in India, and it is one of the Best places to see in Kolkata. Tourists from all over the world go there to see a myriad of animals. The zoo has been famous since its opening in 1876, and still, now it is visited by several thousand travelers every year. This zoo has different sections for aviaries, reptiles, wild animals, and others. As the entire site is spread over 45 acres of land, it is quite challenging to explore the whole zoo in one day. Many people also have a picnic in Alipore zoo of Kolkata with their friends and families. 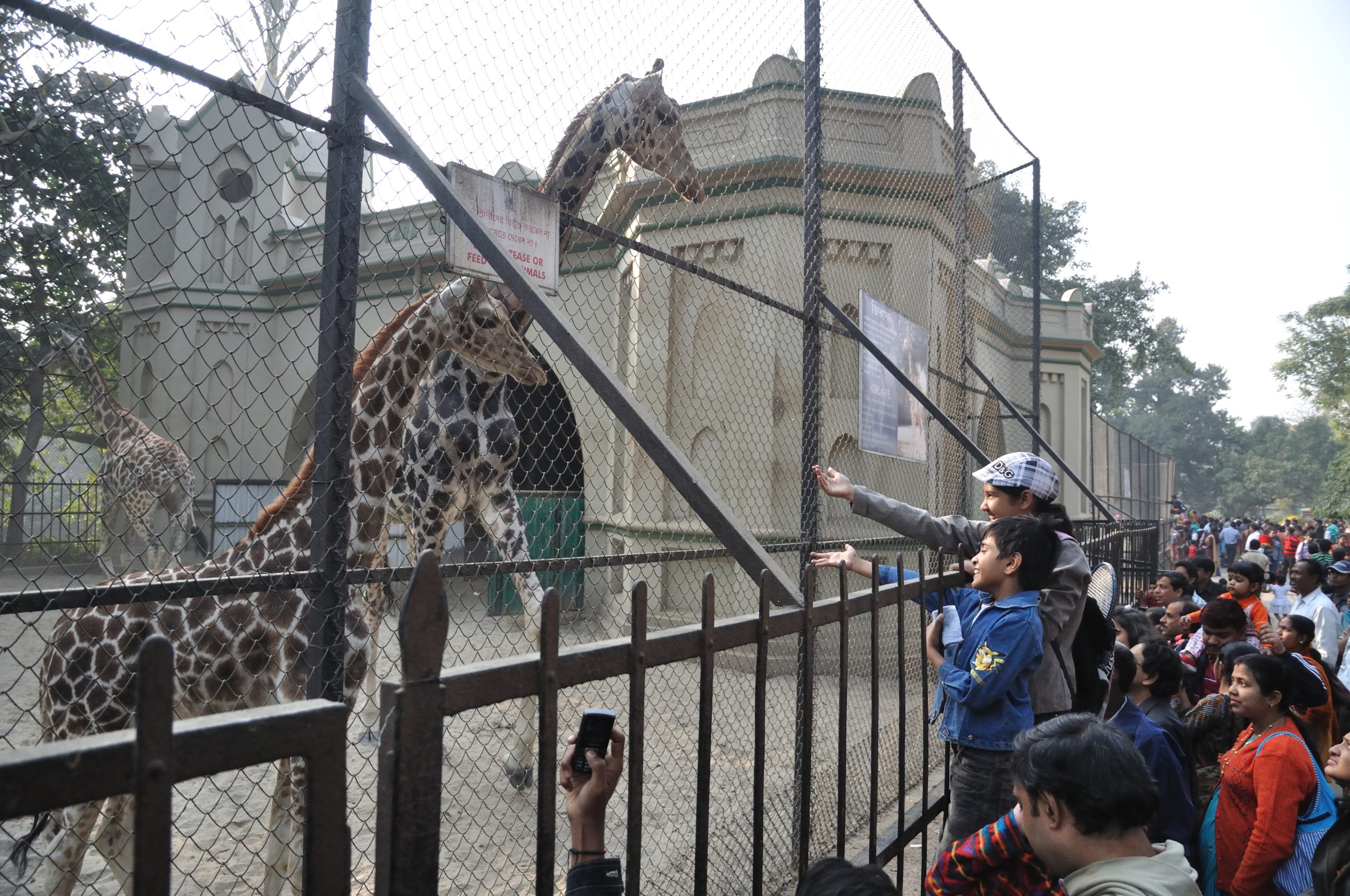 Eco-Tourism Park is one of the newest additions to the list of Best places to see in Kolkata. It is the largest urban park in India as it is spread over 475 acres of land. The unique part about the park is that there is an island right in the middle of the massive waterbody of the park. Housing Infrastructure Development Corporation of West Bengal looks after the park. Now, the park has many unique attractions. It has the replicas of the seven wonders of the world. If you plan on visiting the park, try to keep an entire day in your hand. Otherwise, you will not be able to enjoy the park.

Located at the heart of Kolkata, Birla Planetarium is another essential part of the city. Pandit Nehru inaugurated it in 1963, and it is the best place to get educated about astronomy. In the planetarium, there is a screen in the form of our earth above the audience, where you will be transferred to the vast vastness of space. The show, along with the audio, will not only allow you to gain a lot of different knowledge, but it will also make you happy. As the show is conducted in Bengali, English, and Hindi, you will choose according to your will. 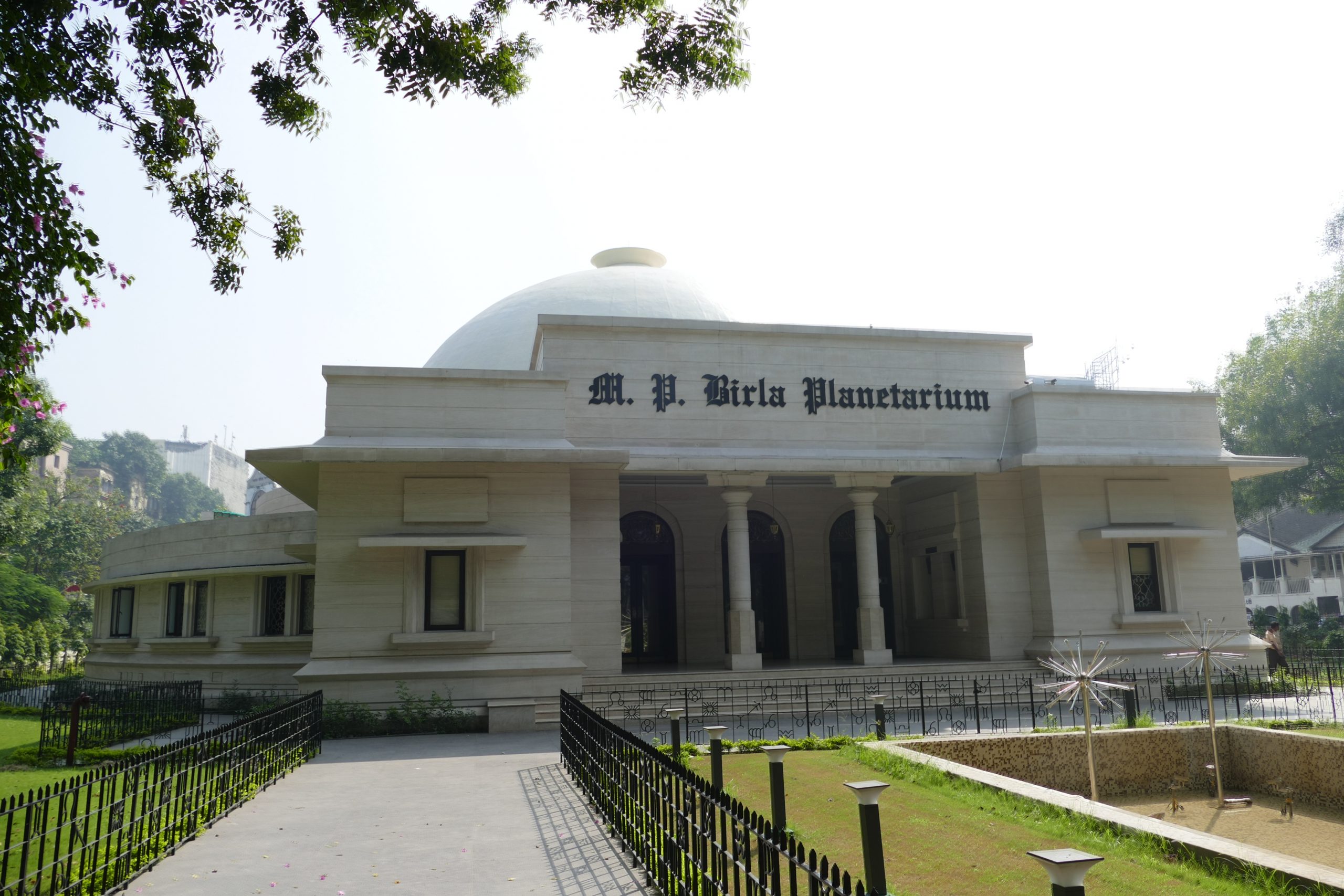 The places included in the list are only some of the few among the Best places to see in Kolkata. Kolkata is a vast city, and there are several other famous places to see there as well. But the ones we mentioned are the most important. So, while you are on your trip to Kolkata, try to see as many of them as possible. 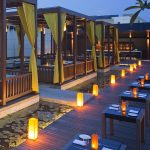 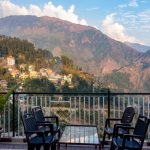 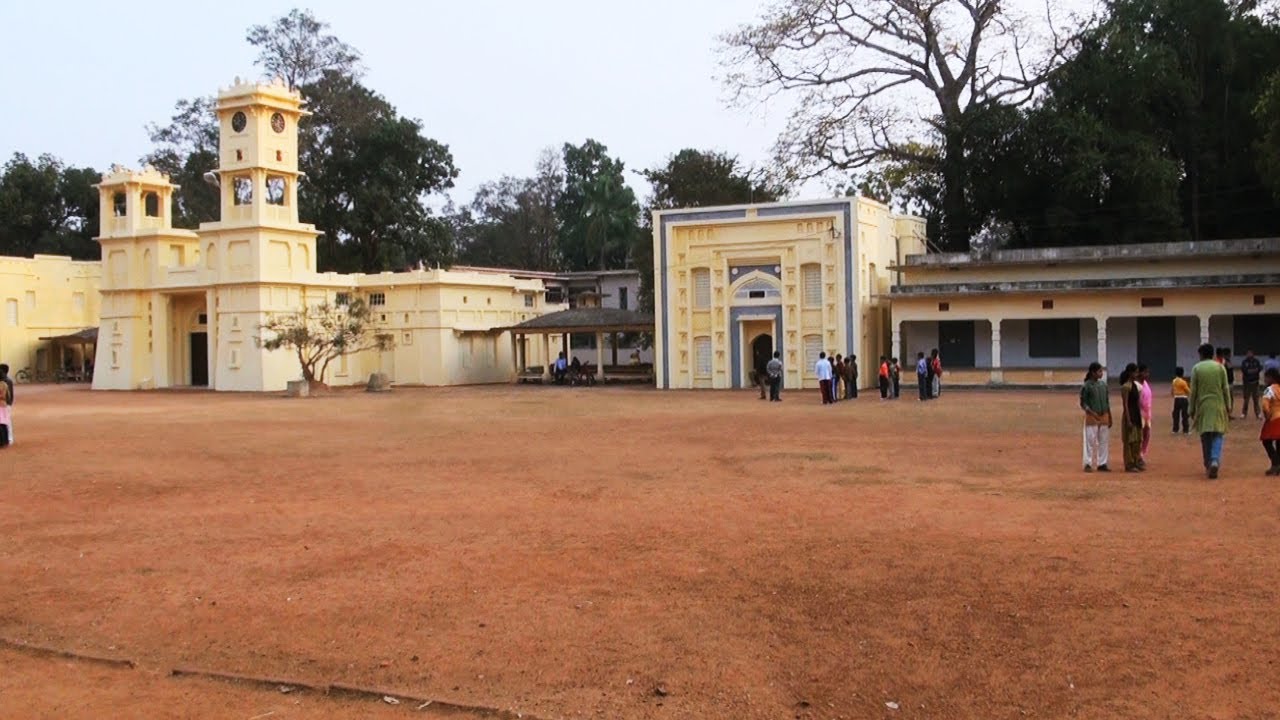 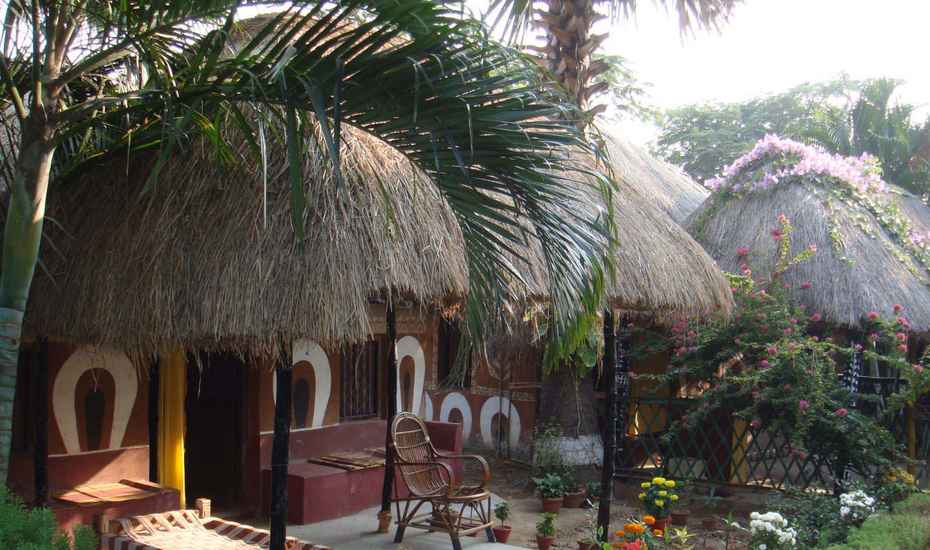 11 Gorgeous Places Near Kolkata For a Great Weekend Getaway (2023) 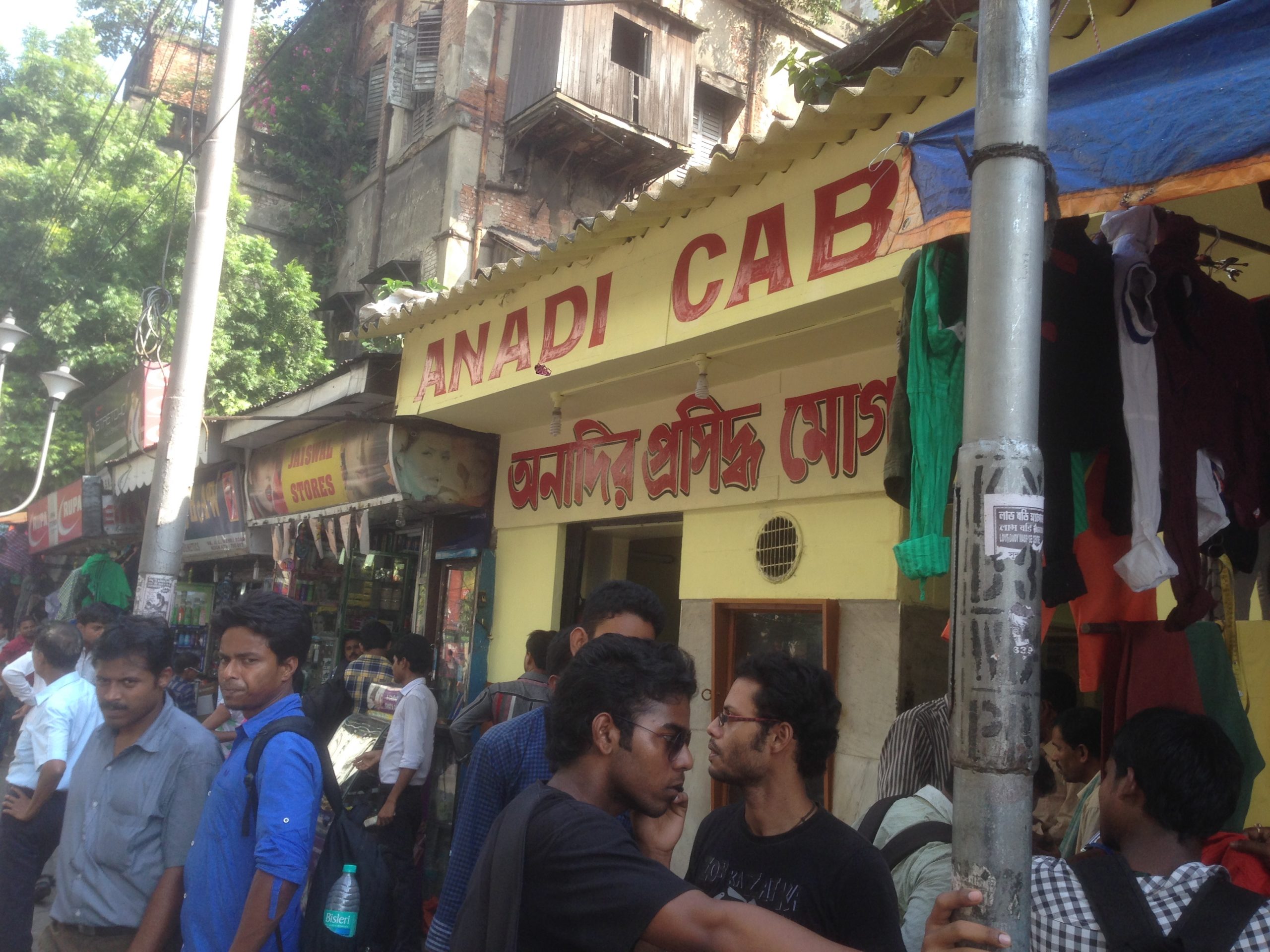