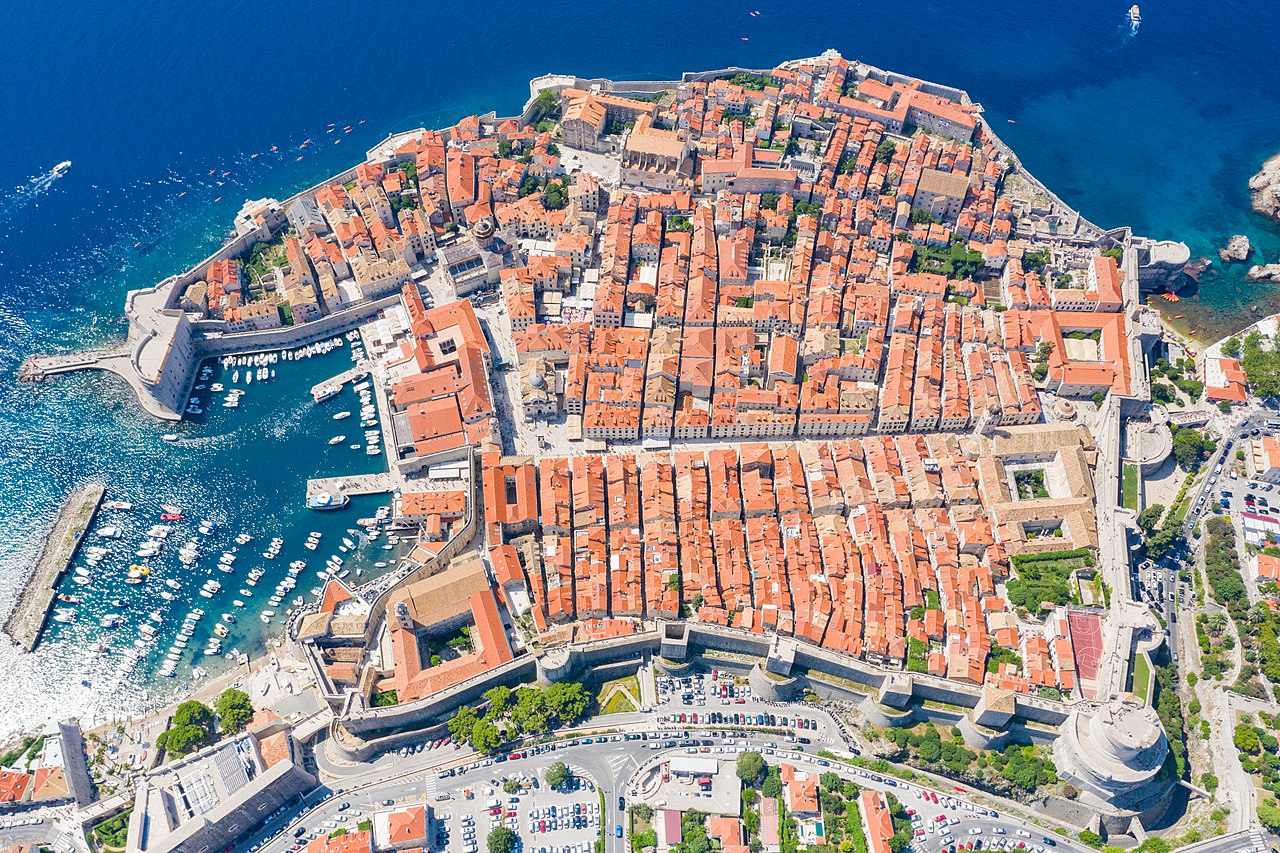 Croatia is an independent southeast European country. The elongated north to the south section of the country lies along the Adriatic sea. The Slavic tribe were known as Croatia and historian suggests name Croatia was derived from Gothic or Indo-Aryan.

Zagreb is the capital town of Croatia located in the north east section of Croatia. The population of Zagreb is 978,160. About 686,568 residences live in the city, and the remaining are spread around in the peripheral smaller section of the town.

The Population of Croatia-

The archeological studies have found evidence of humans living in Croatia from the Prehistoric period to the Palaeolithic period and the iron era.

The northern area along the river was inhabited in the prehistoric period and later. King Tomislav ruled rich Croatia in 925. Later in the 10th and 11th centuries, Croatia was ruled by Constantine VII during the Byzantine Empire.

The distance traveled from north to south along coastal area of Croatia is about 1,777 kilometers or 1,105mi long. If one draws a straight line, then the distance between the northern most border to the southern border is about 526 km. There are several bays and coves along the coast to increase the coastal border to 1777 kilometers. There are 1,246 Croatian islands spread in the Adriatic sea. The total distance of borders of Croatia is 2,237 km (1,390 mi). The area of Croatia is 56,594 km2 (21,851 sq mi). Croatia shares a border with several neighboring countries. 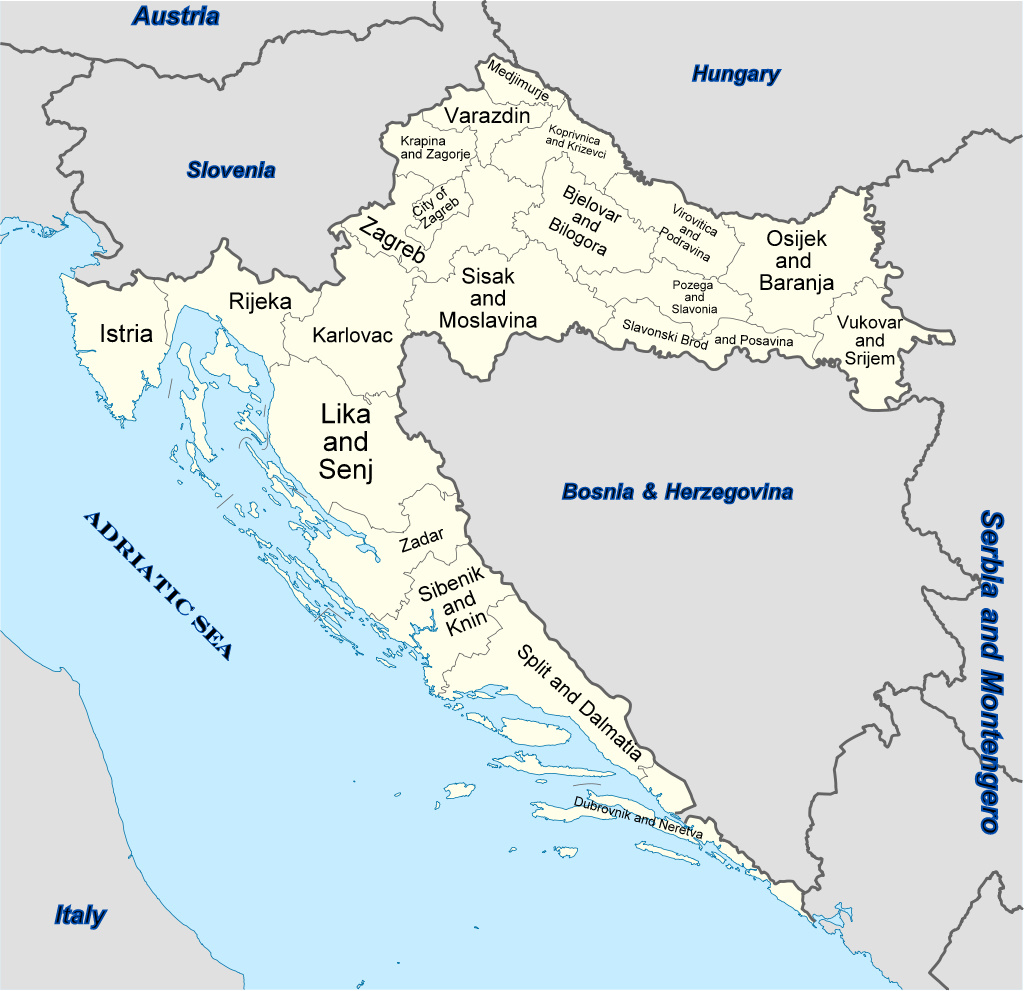 The rivers that pass through Croatia is Danube, Sava, Drava, Mu, and Kupa. The Sava is the longest river with a length of 562 km (349 miles). Croatia has several lakes. The largest lake is Lake Vrana that occupies 30.7 square km (12 square miles).

Following are the ethnic group in Croatia-

The spoken language of Croatia is similar to the language spoken in Serbia and Bosnia. After separation following Yugoslavia’s collapse, the script of the language and vocabulary has been distinguished from separating the national identity. Croatian is written in the Latin Alphabets.

What Is The Best Time Of Year To Visit Croatia?

Croatia is a part of southern Europe, and the weather is warmer from June to October. Most tourists come to Croatia in July and August. All tourist places are crowded during this time. The weather is also warmer in May, June, September, and early October, when fewer visitors come to Croatia. Neighboring European visitors like to spend most days on the beach and often visit during these months.

How Cold Is Croatia In The Winters?

Winters are cold in Croatia. The winter spreads from November to April. The coldest months are from December to March. The temperature fluctuates between -20 C and 220 C. The coastal area is warmer by 3 to 50 C than inland and mountain. 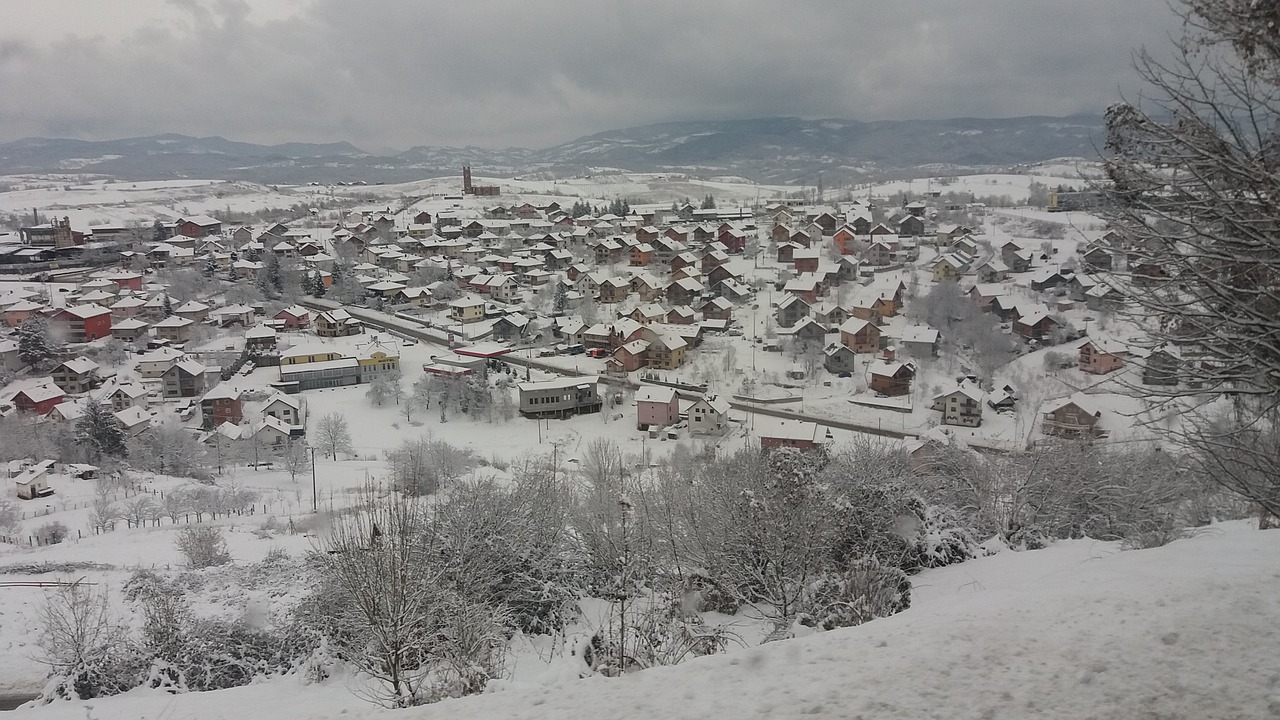 Do I Need A Visa For Croatia?

The northern American and European passport holders can spend 90 days and do not need visitors visa to get admitted to Croatia. The passport must be valid for 6 months. Tourists can enter into a neighboring European country that is part of the Schengen area without any entry visa.

What Vaccinations Do I Need For Croatia?

Visitors must check vaccines’ recommendation with the Croatian consulate and The National Travel Health Network and Centre, and WHO. The recommended vaccine for visitors from certain countries is hepatitis A, hepatitis B, rabies, tick-borne encephalitis, and tetanus.

What Is The Average Income In Croatia?

How Much Money Do I Need To Spend For One Week Or One Month In Croatia?

The expenses to stay in Zagreb is 20 to 30% higher than the smaller town. Tourists’ expense to stay in Croatia during winter is 20 to 25% less than during summer. The average expenses incurred for tourists to stay at a comfortable hotel, eat at an average decent restaurant, and travel by public transport are about $ 150 per day and $ 4,000 to 6,000 per month.

The Tourist Expenses In Croatia Are As Follows-

Apartment For Rent For A Month-

Breakfast, Lunch, and Dinner Expense For Tourists in Croatia:

Traveling Cost for Tourists in Croatia- 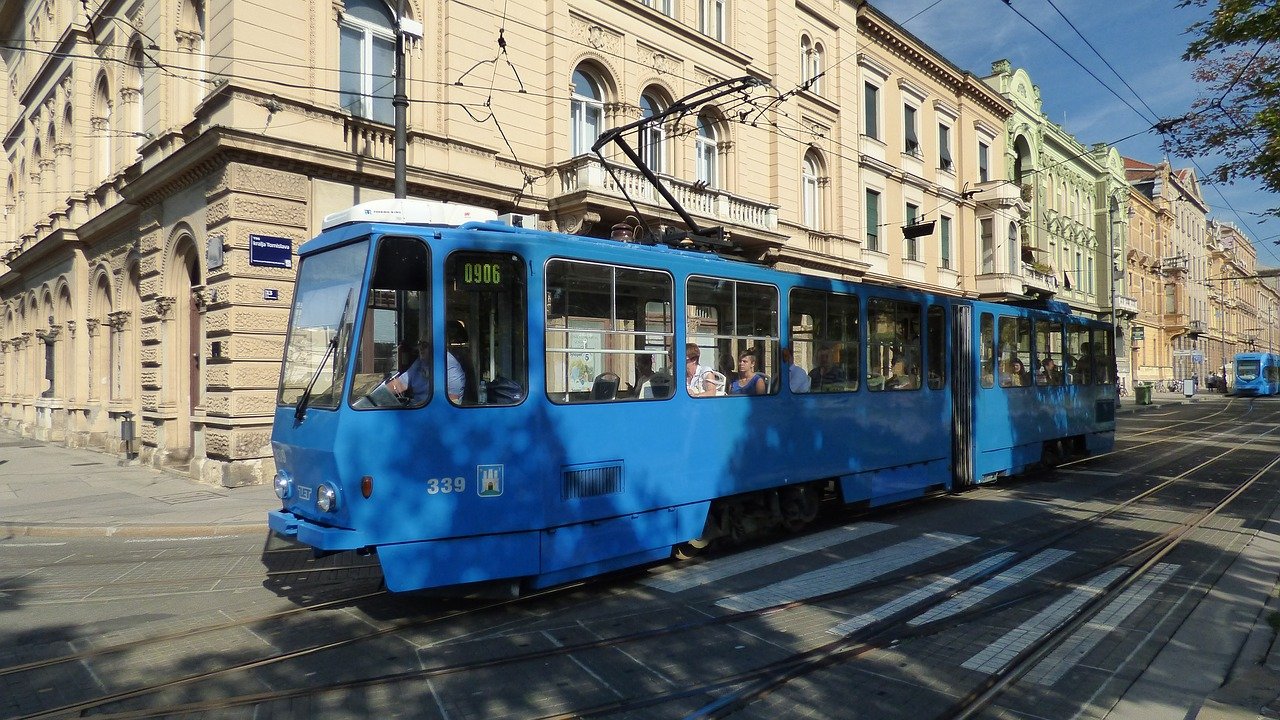 The cost of traveling is very economical if tourists decide to travel by local public buses or trains. The bus and train fares are between $ 1 to $ 5 within the city, and traveling between different Croatia cities can be $ 7 to $ 20.

Cost of Rental Cars in Croati-

Car rental rates are more or less the same as in the other cities of Europe. The car rent varies from $ 25 to $ 70 per day depends on the size of the car.

What Is A Typical Croatian Breakfast?

Most fast food and full-service restaurant serve traditional breakfast that includes egg, bacon, sausage, toast, choices of cereals, pancakes, coffee, and soft drinks. Traditional Croatian breakfast is known as “polenta.” The polenta is boiled cornmeal. The polenta, once cooled, turns into a solid loaf. The dish is served as a loaf of hot porridge. Most residents like a cup of coffee with breakfast. 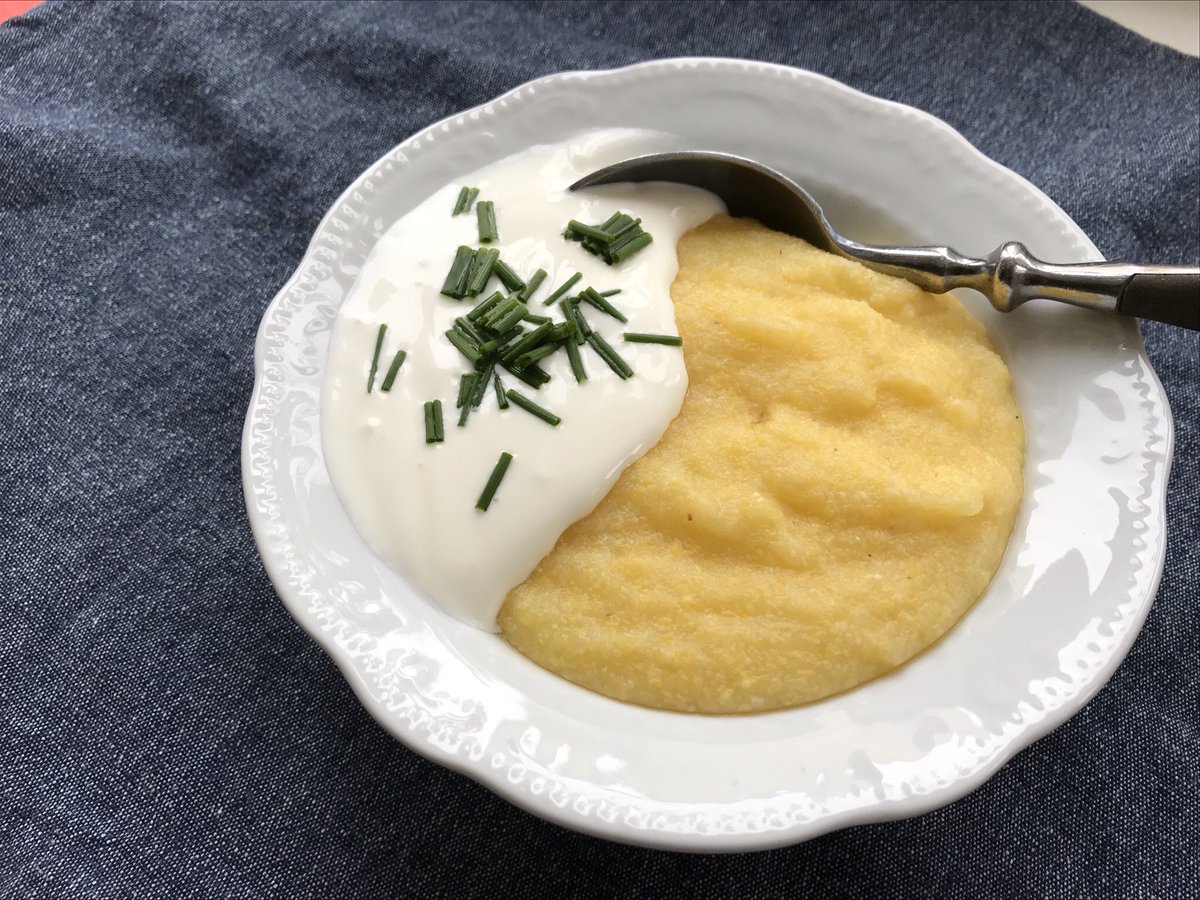 What Kind Of Food Should A Tourist Try In Croatia?

Top 12 Foods To Try In Croatia:

Black risotto is often rejected by visitors when they see the color of the dish. The dish is made from cuttlefish or squid. The black risotto is the most popular seafood dish and liked by local as well as neighboring Europeans.

Brodetto is a seafood dish cooked with lots of vinegar. The dish was invented by a fisherman who often was involved in cooking at the seashore and sell it to local customers. The food is cooked on gas or electric stove. 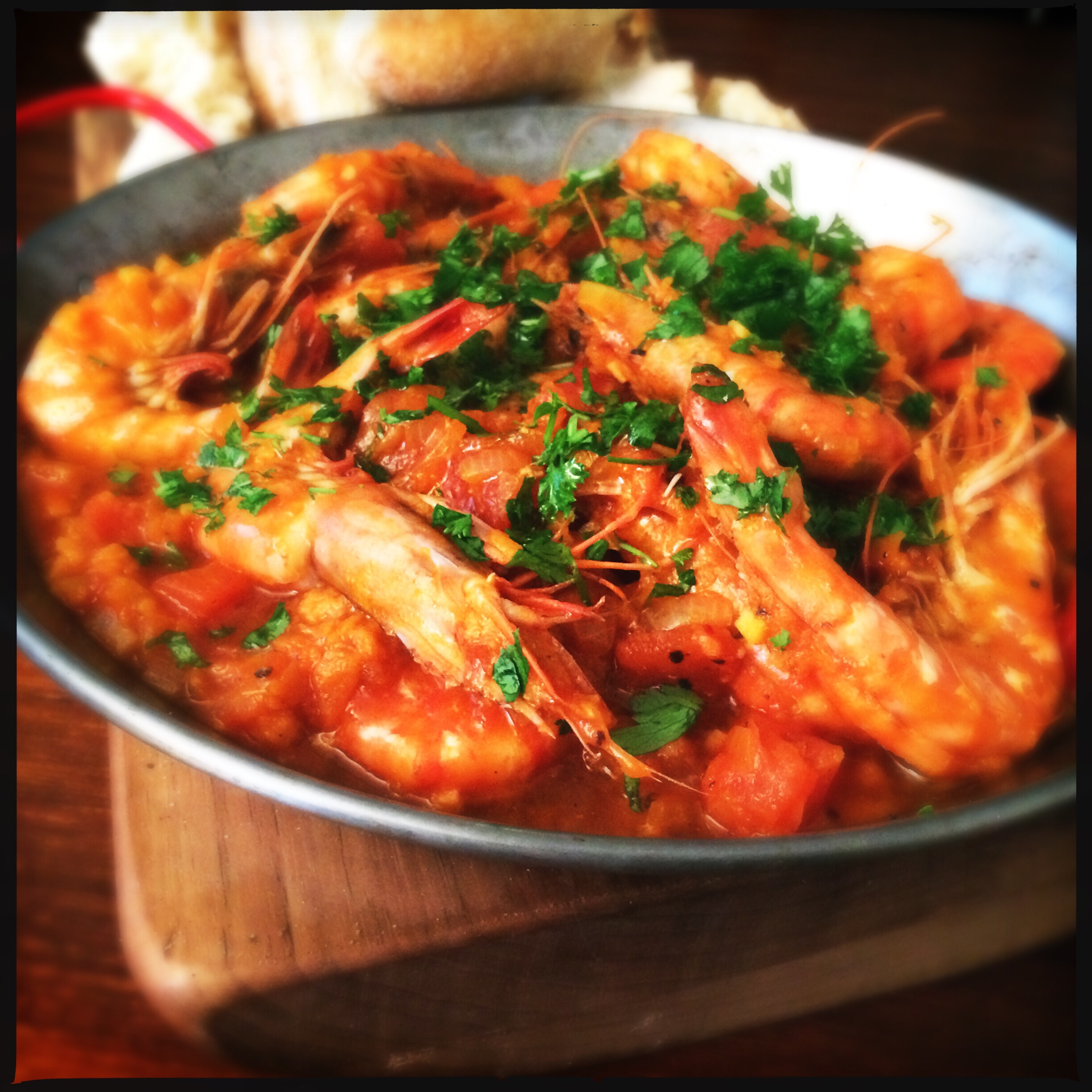 Buzara is a seafood dish. The dish is cooked in red wine and lots of spices. The dish is served as an appetizer or main dish. The seafood added to the dish can be fish, shrimp, or other seafood. 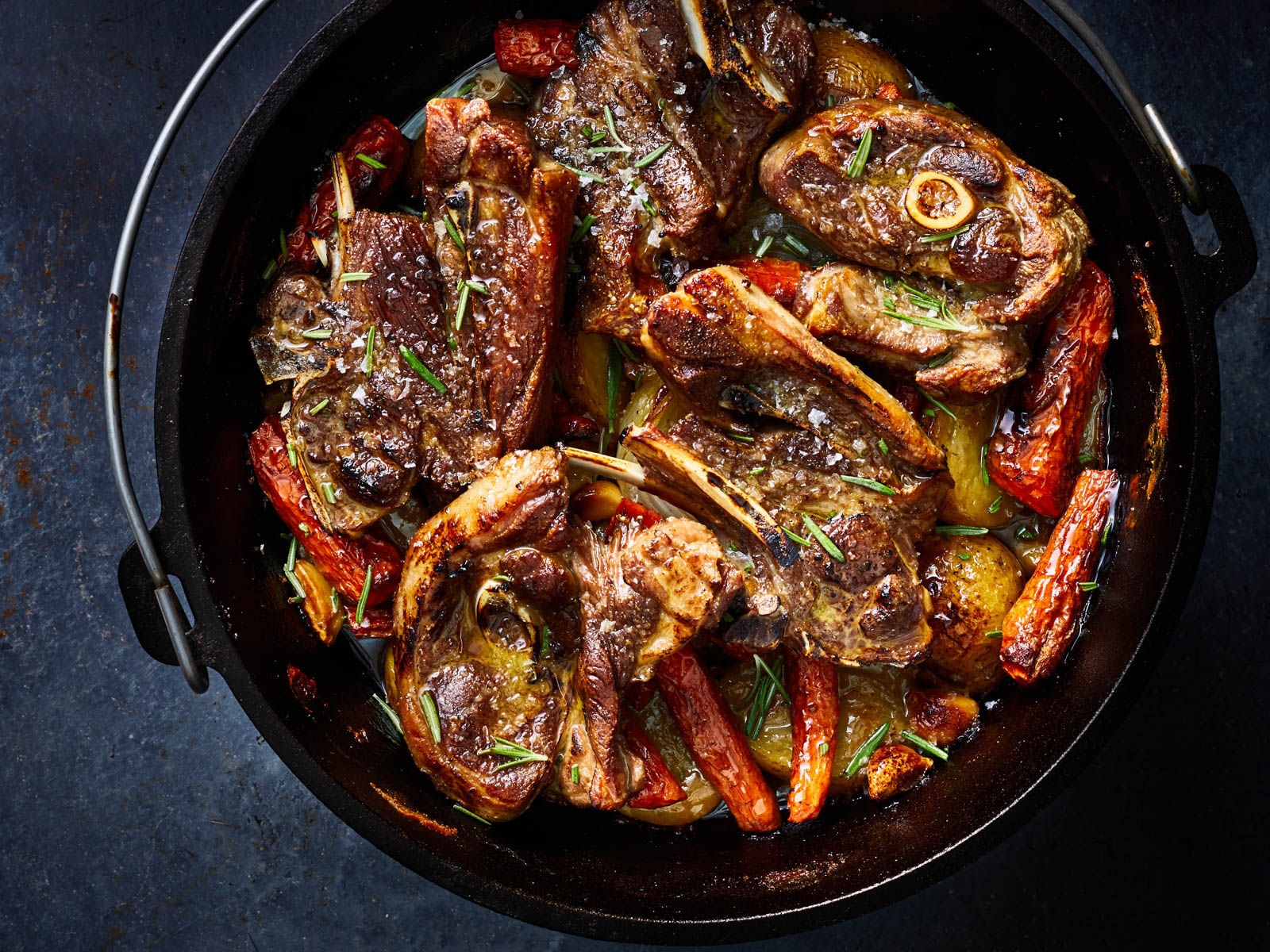 The lamb in the lamb Peka dish is cooked with vegetables and potatoes. A similar Peka recipe is used for cooking sea food and meat. It takes 2 to 3 hours to prepare and cook the Peka dish. Most restaurants prefer to take preorder to serve the Lamb Peka. In most restaurants, the special lamb peka dish is often not precooked. 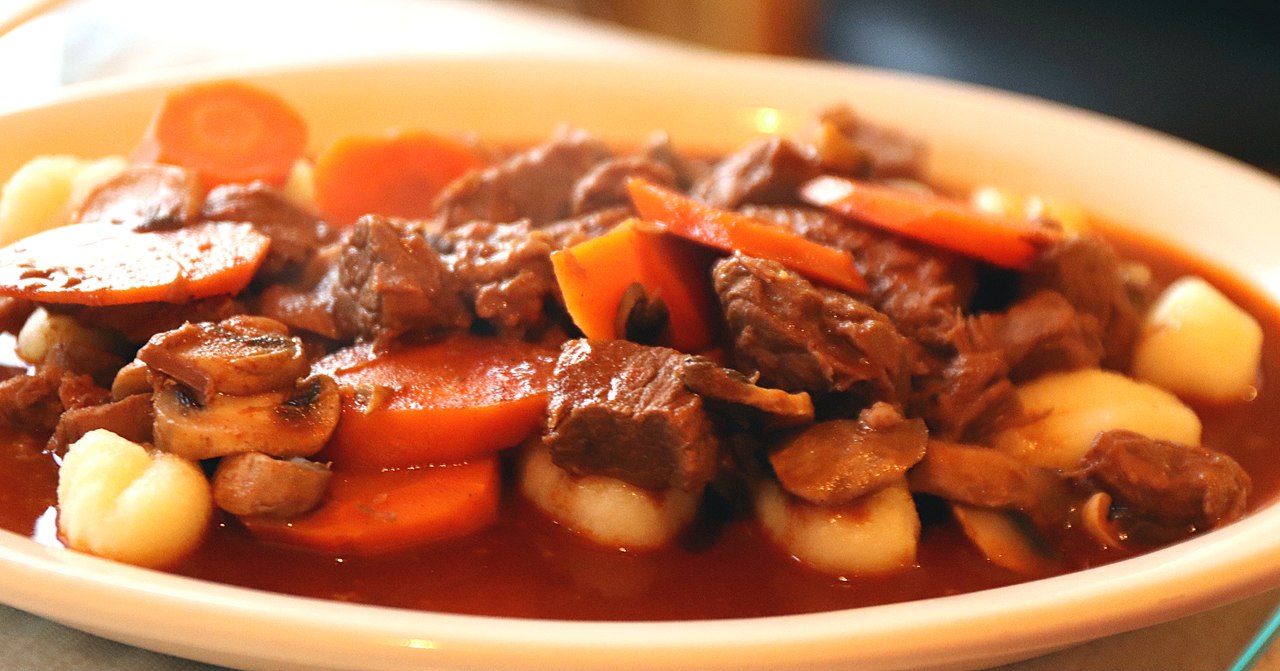 Istrian stew is popular in northern Croatia. The dish is cooked on slow heat. The vegetable and seafood or meat are mixed with spices. The vegetables mostly preferred are beans, sauerkraut or sour turnip, and potatoes. The non-vegetarian items used are beef, chicken, seafood, or bacon.

Shepherd’s stew is a traditional dish that is prepared in northern and eastern Croatia. The spices used to cook the dish are unique, bringing the perception of a different taste than the northern European dishes. The potato, beans, and green vegetables are mixed with chicken, pork, or beef and cooked in a pan with vegetable oil and spices. The dish is served in local restaurants.

Most lamb meat in Croatia comes from an island known as Pag. The land has more lamb than the human inhabitant. The dish is tasty and mixes with local spices. Most restaurant may not offer the dish. Tourist should check the local restaurants if they decide to try the dish.

Pasticada ingredients of the stew are cooked with oil and wine. The meat and bacon are soaked overnight in vinegar and garlic paste. The wine is known as prosecco. The dish originated from southern France. 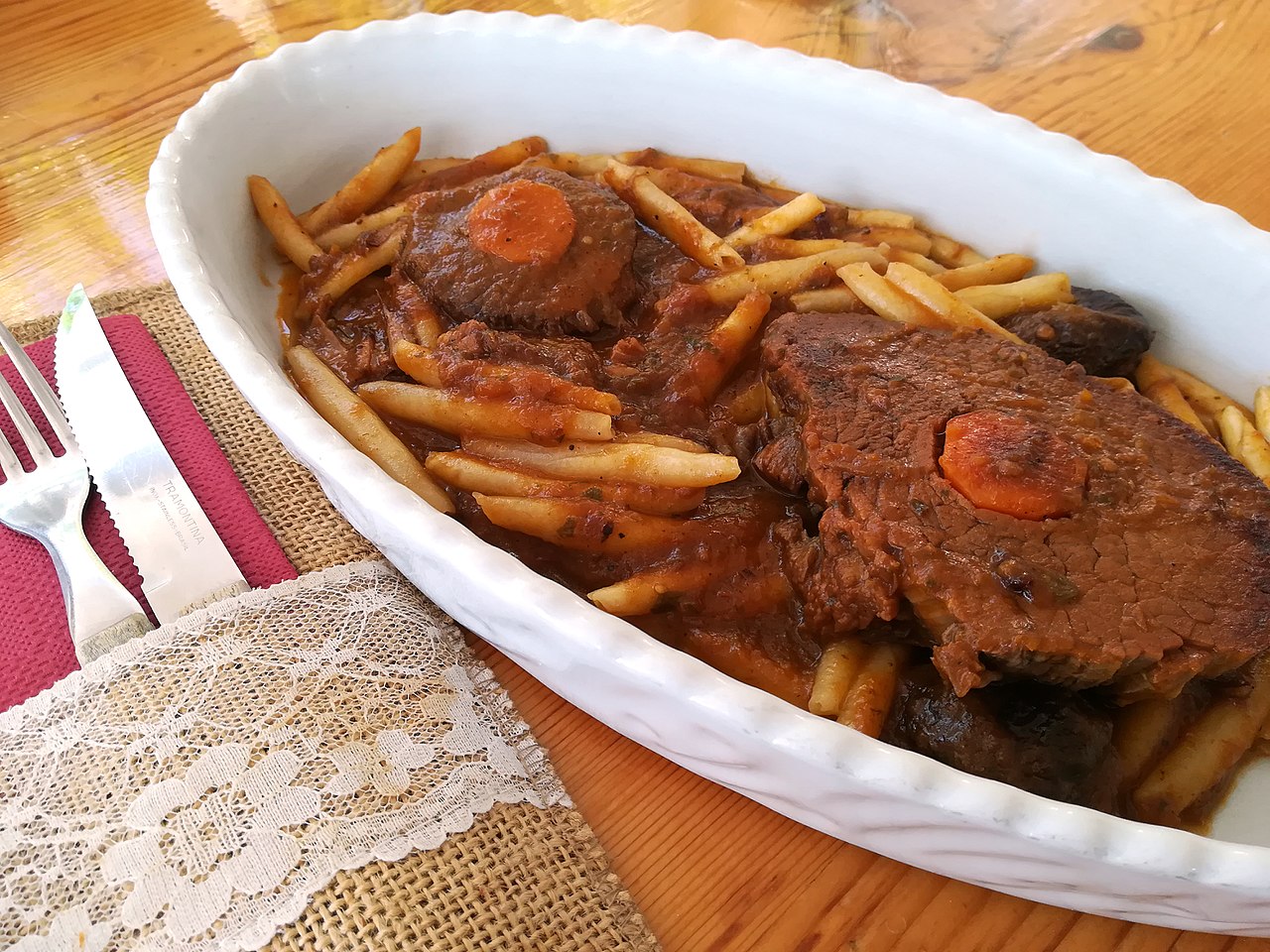 The fresh catch of sardines is available in the fish markets I Croatia. The traditional Croatian restaurants prepare the dish with fresh sardines only. The salted sardines are grilled or fried with lemon juice and oil. The fish is served with potatoes and cut tomatoes. 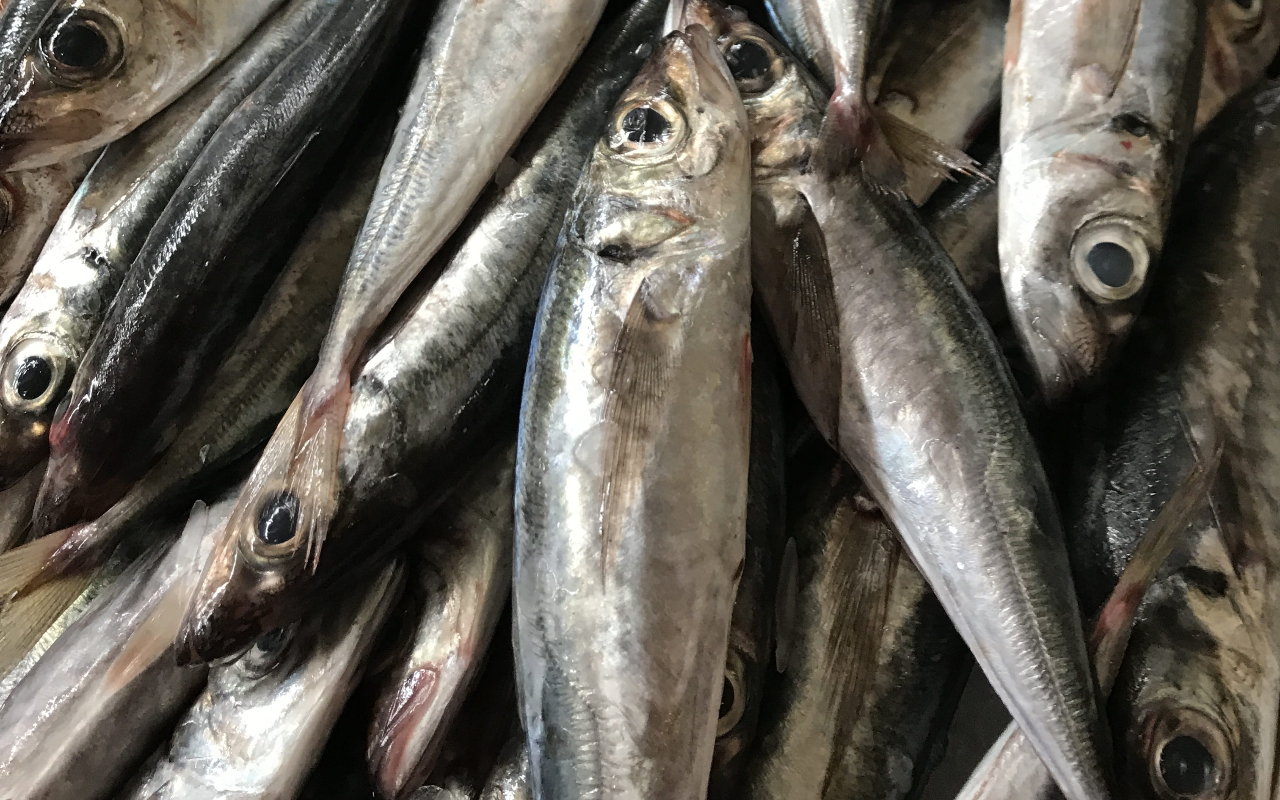 Strukli is the traditional dessert of Croatia served during wedding and family gathering. The dish is available in most full-service restaurants. The sugary dough filled with cottage cheese and cream is baked or boiled. Strukli is served with cream on the side. 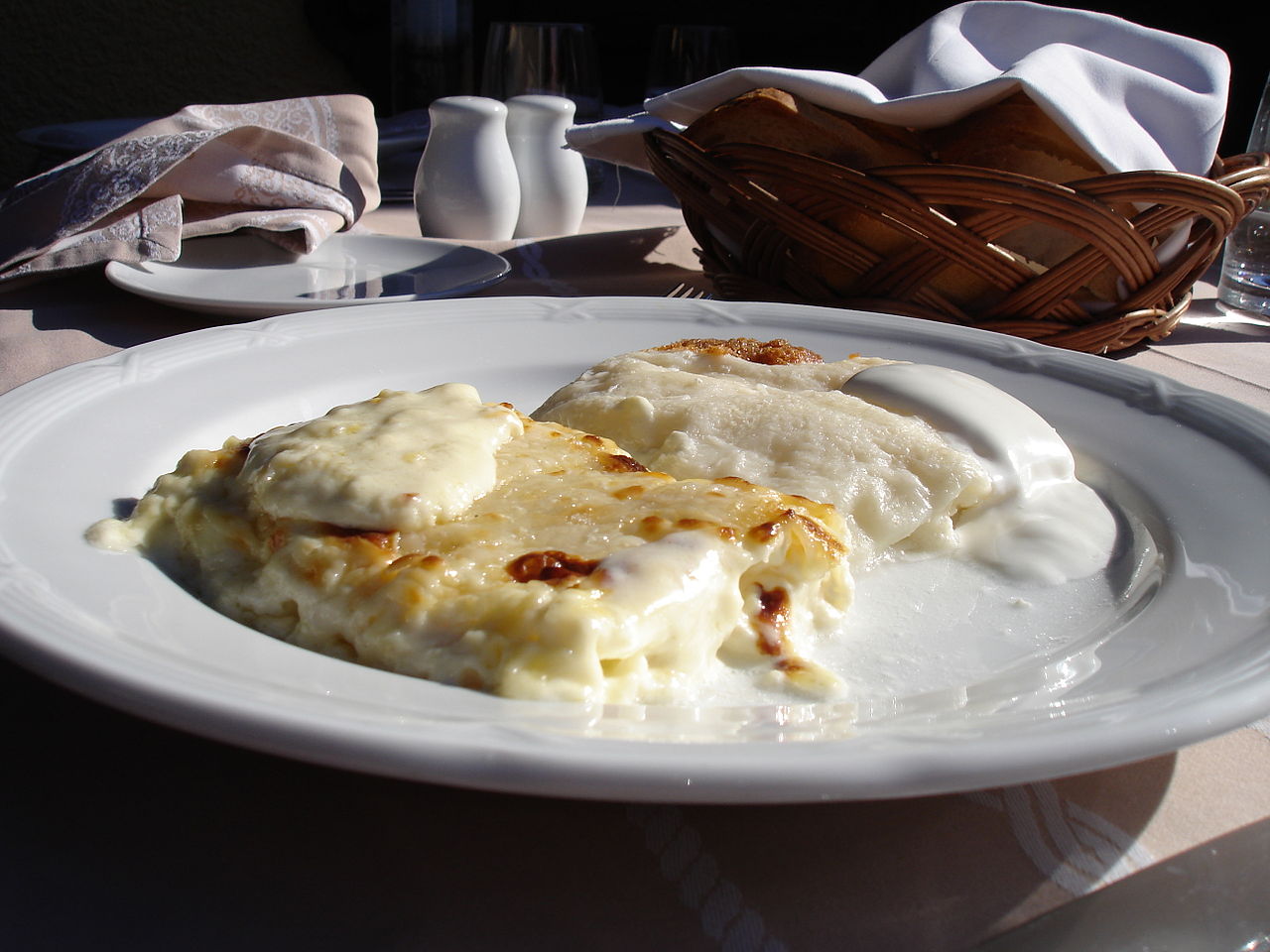 Burek is the dessert dish offered in Croatian restaurants. The dish is widely available in the most restaurant in Bosnia. The pastries are made in a bakery that is part of the restaurant. The pastry is filled with cheese, spinach, and meat. 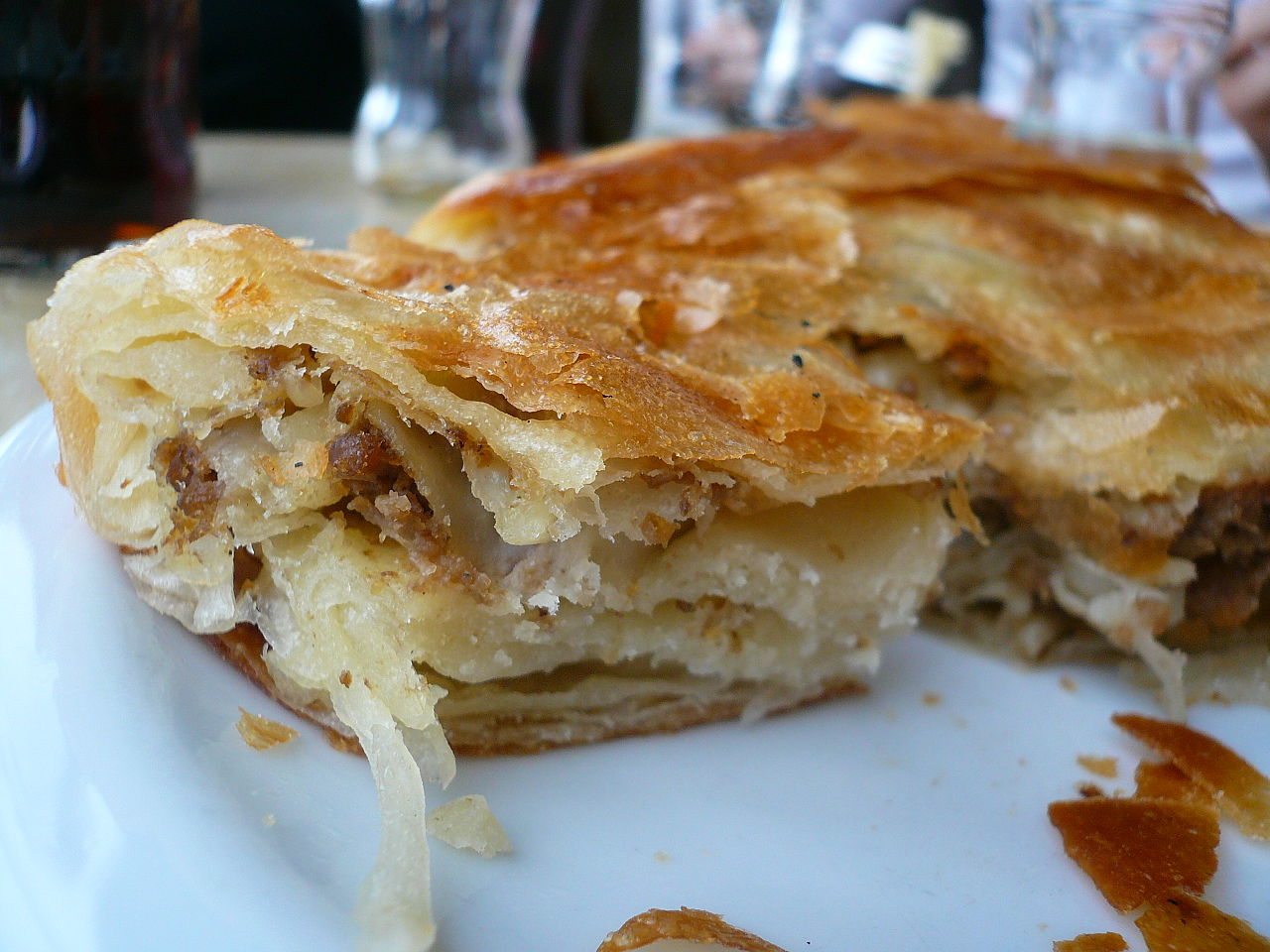 Fritule is a thin sugar-coated round fried dough. The dough is made with raisins, nuts, pine nuts, grated lemon or orange peel, liqueurs, vanilla, cinnamon, and other spices. There are several variations of Fritule created to improve the taste by adding chocolate and different flavors.

What Is The Local Drink In Croatia?

Rakija is considered a national drink in Croatia. The rakija is known as “Palinka” in Hungary and Romania. The alcohol drink is produced after fermentation and distillation of fruit juice. The fruits like grapes, plums, apricots, pears, and cherries are fermented and distilled to collect the alcohol in a container. The rakija taste like grappa (Italian drink) and grappa (Japanese drink). The alcohol concentration in rakija is about 40%, and the drink is served during dinner.

Which Is The Preferred Wine In Croatia?

The Grapes of Croatia, known as Graševina or Welschriesling, are popular in Europe. The wine made from these grapes is known as Graševina. The wine has a dry and aromatic taste like apple. The wine is widely used during weddings; families get together, and local parties. The wine is available in most restaurants. Most Croatian like to drink a glass of wine during lunch on weekends as well as during dinner.

What Beer Do They Drink In Croatia?

Ožujsko beer is manufactured in Zagreb and is considered a national alcohol drink in Croatia. The beer contains 5% alcohol. The beer is less expensive to buy in the supermarket. Beer cost $ 3 to $ 4 in a bar. 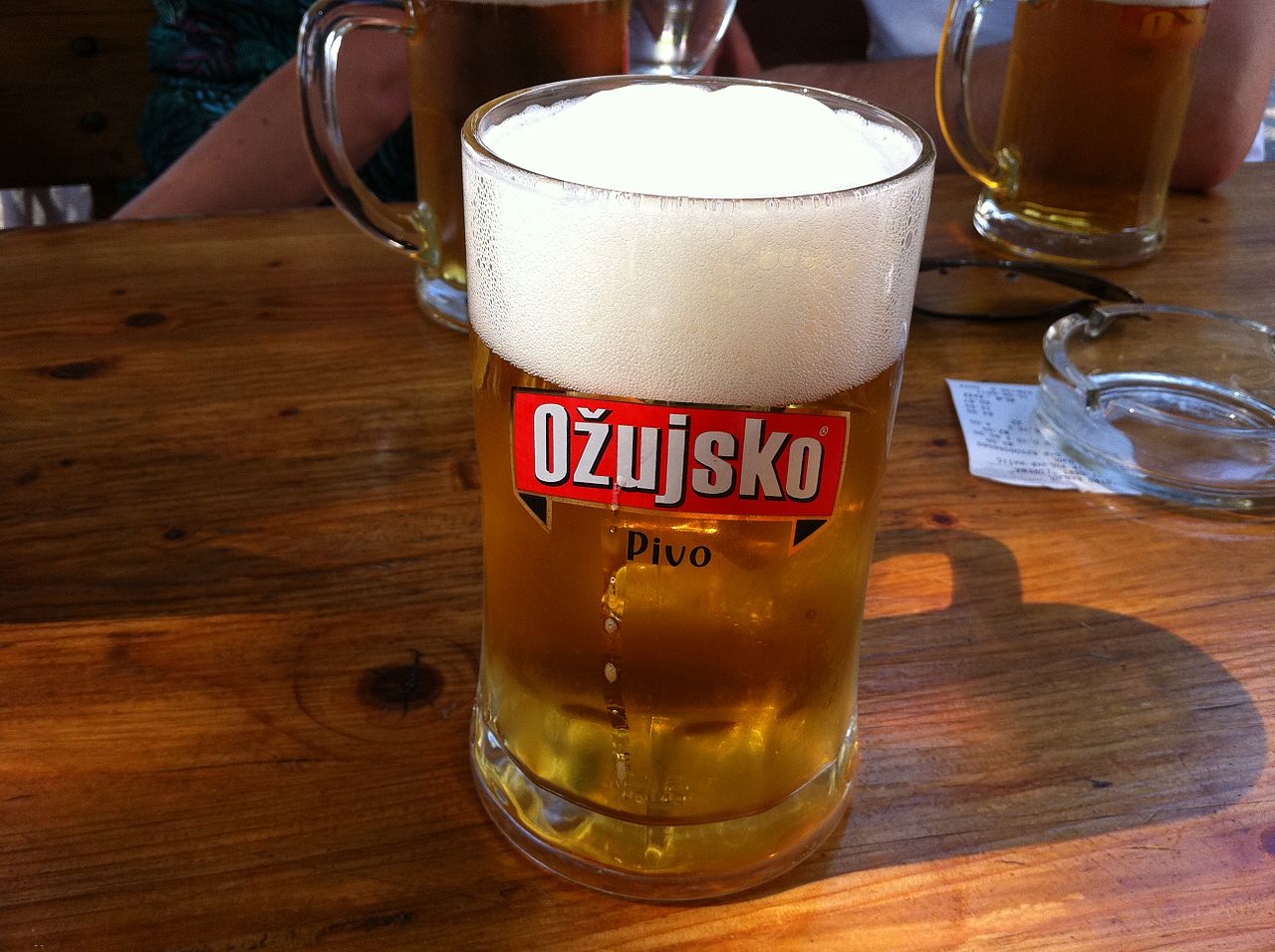 How Safe is Croatia For Tourists?

Croatia is one of the safest countries in Europe. Burglary and violent crimes are rare in Croatia. Once in a while, the domestic or personal dispute may lead to a quarrel in public places, but that is very rare. People in Croatia understand the importance of hospitality and tourism that is good for their country.

What Type Of Economic System Prevails In Croatia?

Croatia was a part of Yugoslavia that was communist and socialist. After separation and freedom, the country is going through a mixed economic system. The individual investor can start a private company as in a capitalist country, while the old government control institution controls part of the economy. The system is changing from a socialist system to capitalism though the speed of changes is slow. Croatia is a part of the European Union.

Are There Gypsies In Croatia?

Is Croatia A Socialist Country?

Croatia separated from the Yugoslav republic after the second world war and became an independent country. Under the agreement following separation, Croatia was considered a socialist country. But the present government is competing with western Europe for the development of commerce and industry that has diverted the country to accommodate capitalist philosophy.

Is Croatia Slavic or Balkan?

The people of Slavic country belong to the Indo-European family. The Slavic country is divided into east, west, and south Slavs. The East Slavs include countries like Belarusians, Russians, and Ukrainians. The West Slavs countries are Poles, Czechs, Slovaks, and Wends, or Sorbs. South Slavs include Serbs, Croats, Bosnians, Slovenes, Macedonians, and Montenegrins.

What Is The Main Industry In Croatia?

Croatia is actively involved in the following industries-

How Many Visitors Come To Croatia Every Year?

Over 10 million visitors come to Croatia every year. 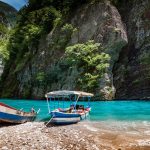 Visit Koman Lake in Albania: Witness the Spectacular Scenery of the Surrounding Mountains and Valley (2022) Previous 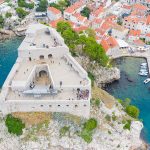 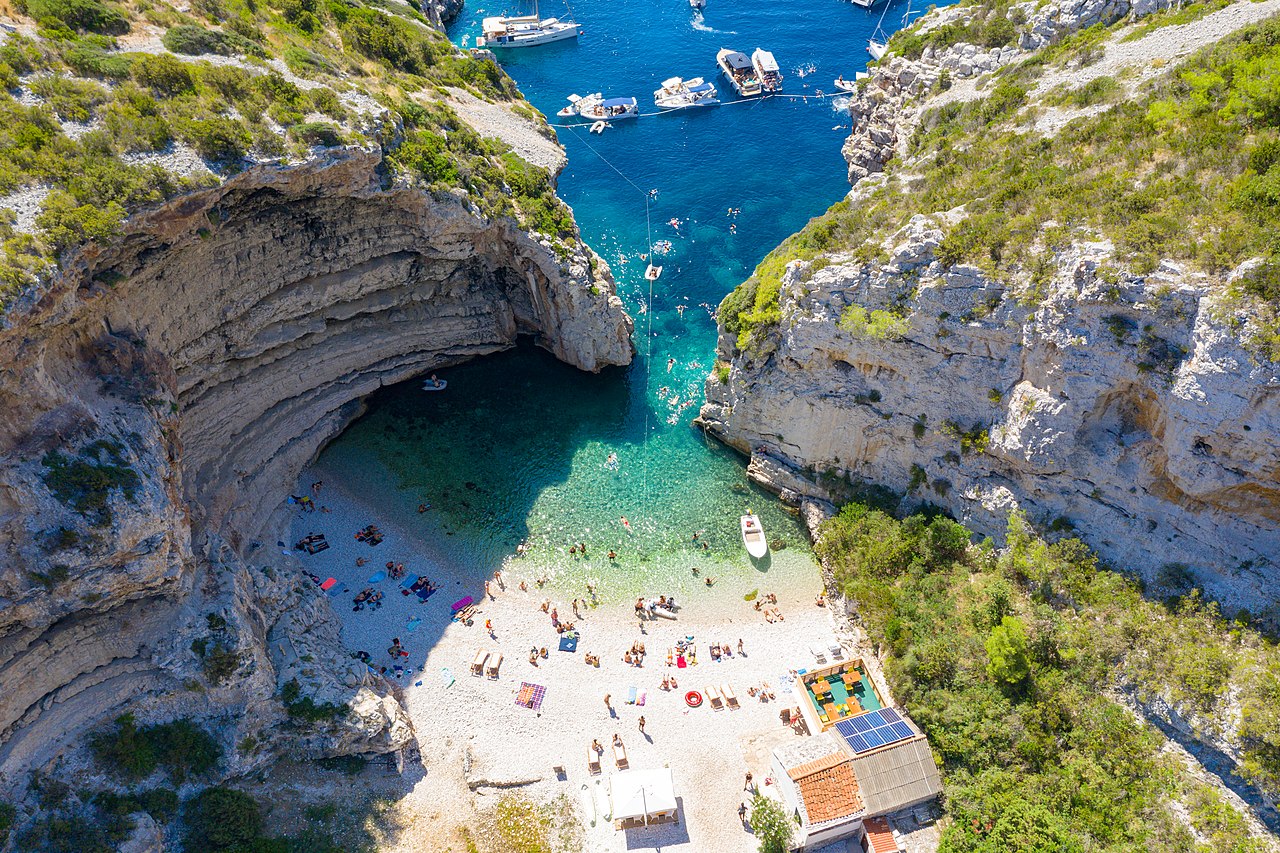