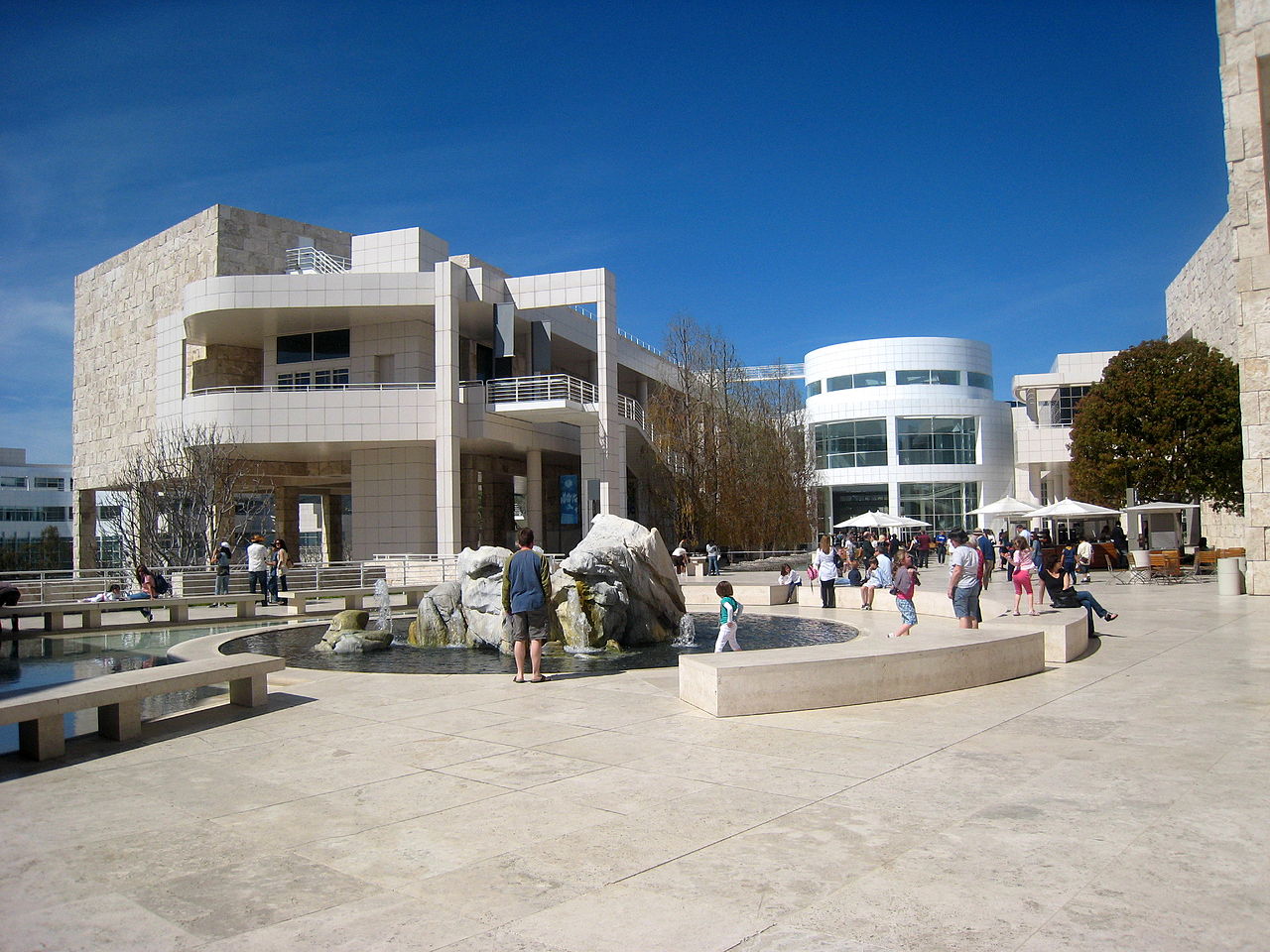 Museums are one of the best sites to explore the art, culture, history, and stories of the city and country around. Unless you have examined the museums in the town, a trip is always incomplete and less flavoured. When in Los Angeles, the thriving museums’ scenes here are arguably one of the finest places to explore and learn more about the LA city, California, and even quite a lot about the United States.

The colourful and non-sleeping streets of Los Angeles houses several Museums all around the city, each of them better and beautiful than the one before. No matter what time you are visiting the city, the LA museums are one quintessential affair that definitely are not worth a miss. Many of them are free of cost; however, some dedicated ones are chargeable, but all worth the penny you pay. In case you aren’t lucky enough with time to explore them all. Consider our list of the Top 9 Popular Museums in Los Angeles and pick the choicest ones to add to your list.

List of the Top 9 Popular Museums in Los Angeles

One of the most spectacular museums in Los Angeles, the Getty Centre & Museum, brings a genuinely remarkable experience for its visitors. Opened in the last years of the 19th Century, the museum and centre premises have fantastic architecture, beautiful gardens, and an astonishing city view. It is located in the Brentwood neighbourhood of the city and houses pre-20th-century European paintings, marvellous art pieces, illuminated manuscripts, sculptures, drawings and photographs. The Museum is LA’s one of the wealthiest ones with both cost and historical belongings. The sculpture terrace here is worth a while location where you can view some of Fran and Ray Stark’s fantastic work. Furthermore, the Central Garden at Getty offers visitors a peaceful escape for spending a lovely sunny afternoon. Here you can find 500 varieties of plants, tree-lined paths and peaceful sanctuaries to admire.

Considered as one of the largest museums in the United States, the Los Angeles County Museum of Art (LACMA) is one divine experience in itself. It is located on Wilshire Boulevard in the Miracle Mile neighbourhood of Los Angeles and houses more than 15000 artworks dating back from history till today. Los Angeles County Museum of Art is considered one of the memorable landmarks of the city of LA. Exploring the Museum, one can find large-scale contemporary works, modernist masterpieces, Asian, American, Latin American art, Islamic galleries, Greek and Roman Art galleries and a separate photography and film department. LACMA has exhibited pieces from several continents, countries, and cultures around the world, and one cannot ever get short of experiences when here. One of the magnificence here is the Chris Burden “Urban Light”, a large-scale assemblage sculpture that constitutes of restored 202 cast-iron street lamps from the 1920s and 1930s, which have lite the streets of California in the past. The evening hours when all lamps are glowing creates an Instagram worthy view to capture. 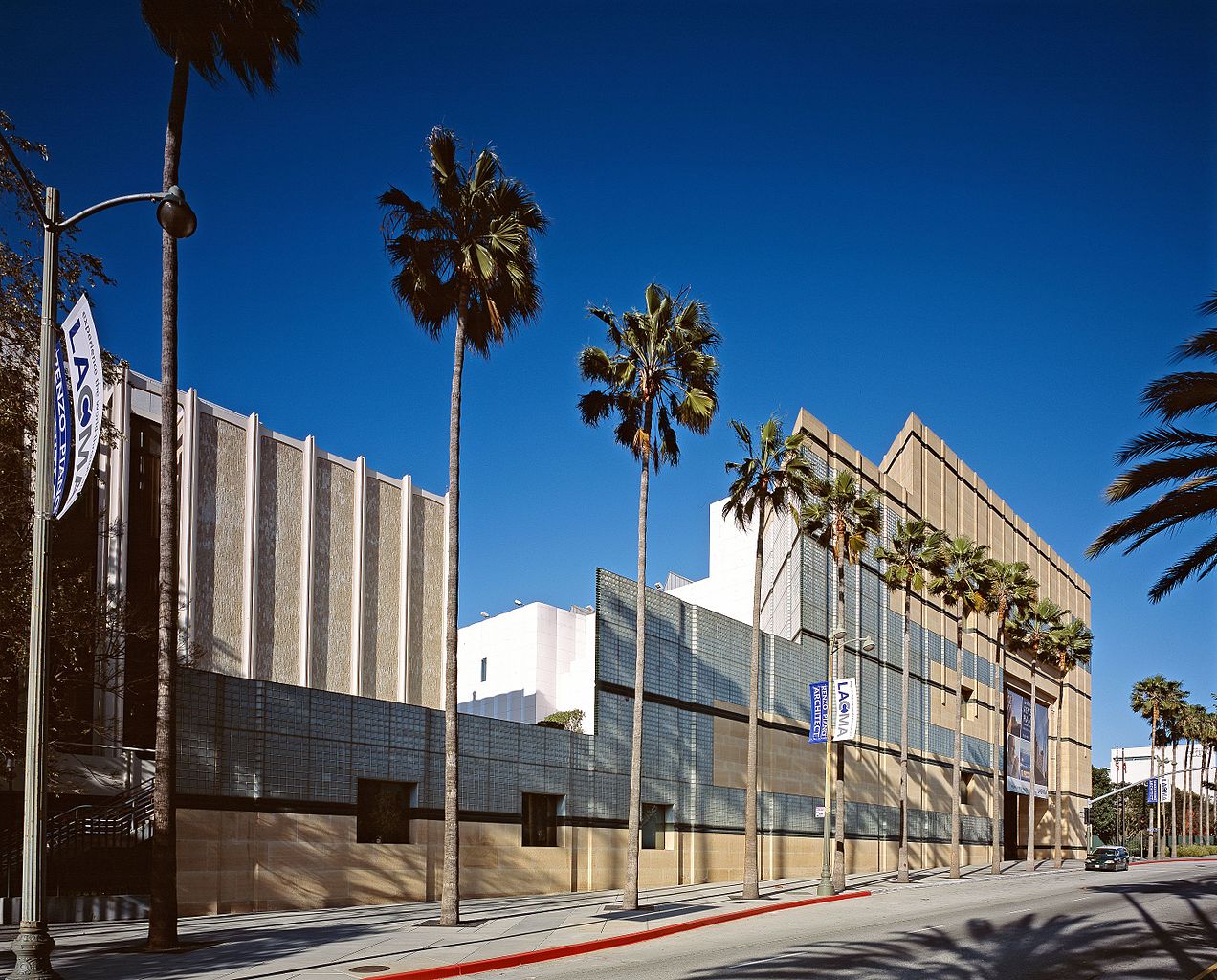 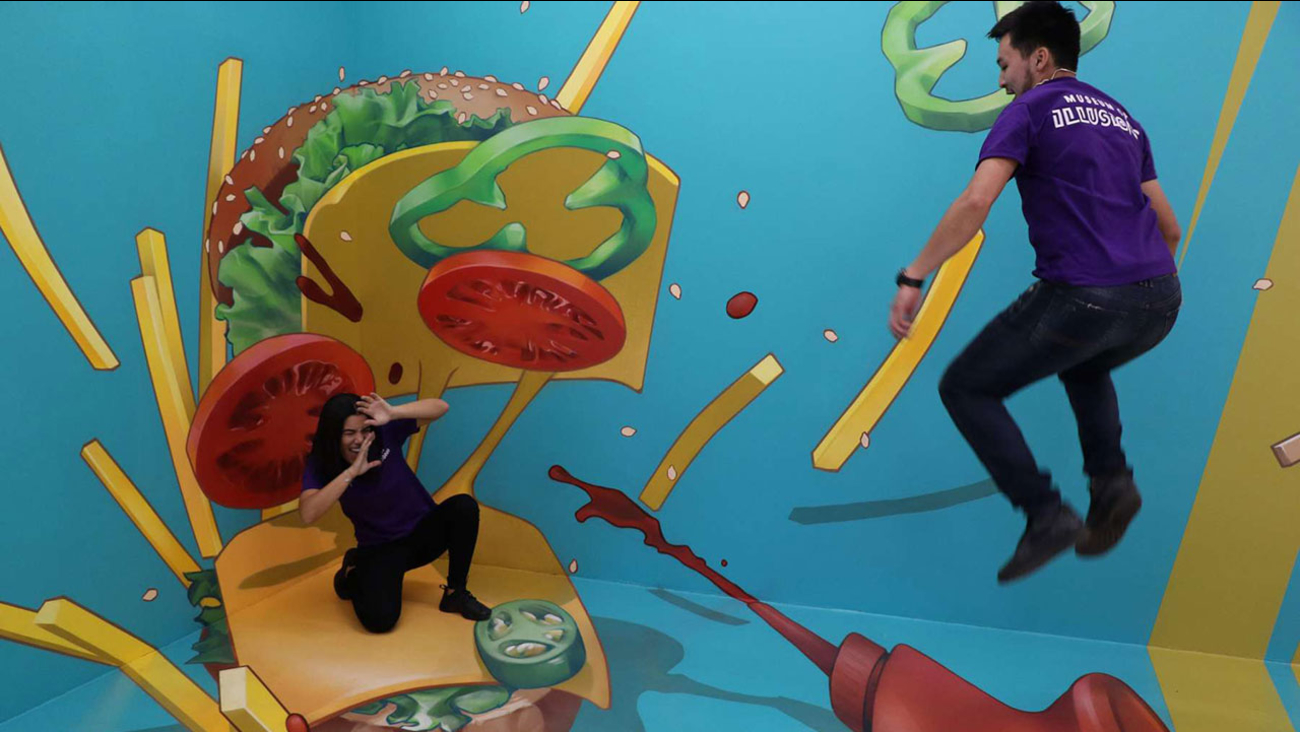 A photo-ready site, the Museum of Illusions is vividly famous amongst teenagers and youths in Los Angeles. It is based on the concept of 3D Illusions and an Upside-Down House exhibit that takes you into the world of fantasy and imagination. The Upside-Down house featuring seven unique rooms all flipping the world will leave you spellbound and amazed. With 3D illusion effects and artwork, it will make you feel like in an entirely unique world that other way does not exist. There’s no time limit to visit the tour; however, an hour or two brings out most of the fun, enjoyment, and refreshment. Photography inside the Museum is encouraged, and with that, one can let their imagination soar and create some memorable days. The Museum of Illusions in Los Angeles is an outstanding work of some incredibly talented artists and defiantly worth a try.

Located in San Pedro, the Battleship USS Iowa Museum is a maritime museum ideal for an afternoon visit. The Battleship has fought many years in the United States Army, and thus, more than a museum, it is a matter of National proud and military sentiments for the US locals. The ship has performed for the Korean War and the Cold War and thus holds utmost importance as the historical preserve in United States history. The Museum is accessible via the Los Angeles waterfront in San Pedro and is a family-friendly site to visit in the city. Inside the Museum, one can explore exhibits, several film footages, Tomahawk and Harpoon missiles, big guns, and the same wooden decks and bridges which once served during its active usage years. There are fun scavenger hunts for kids and younger adults to participate in within the battleship museum. 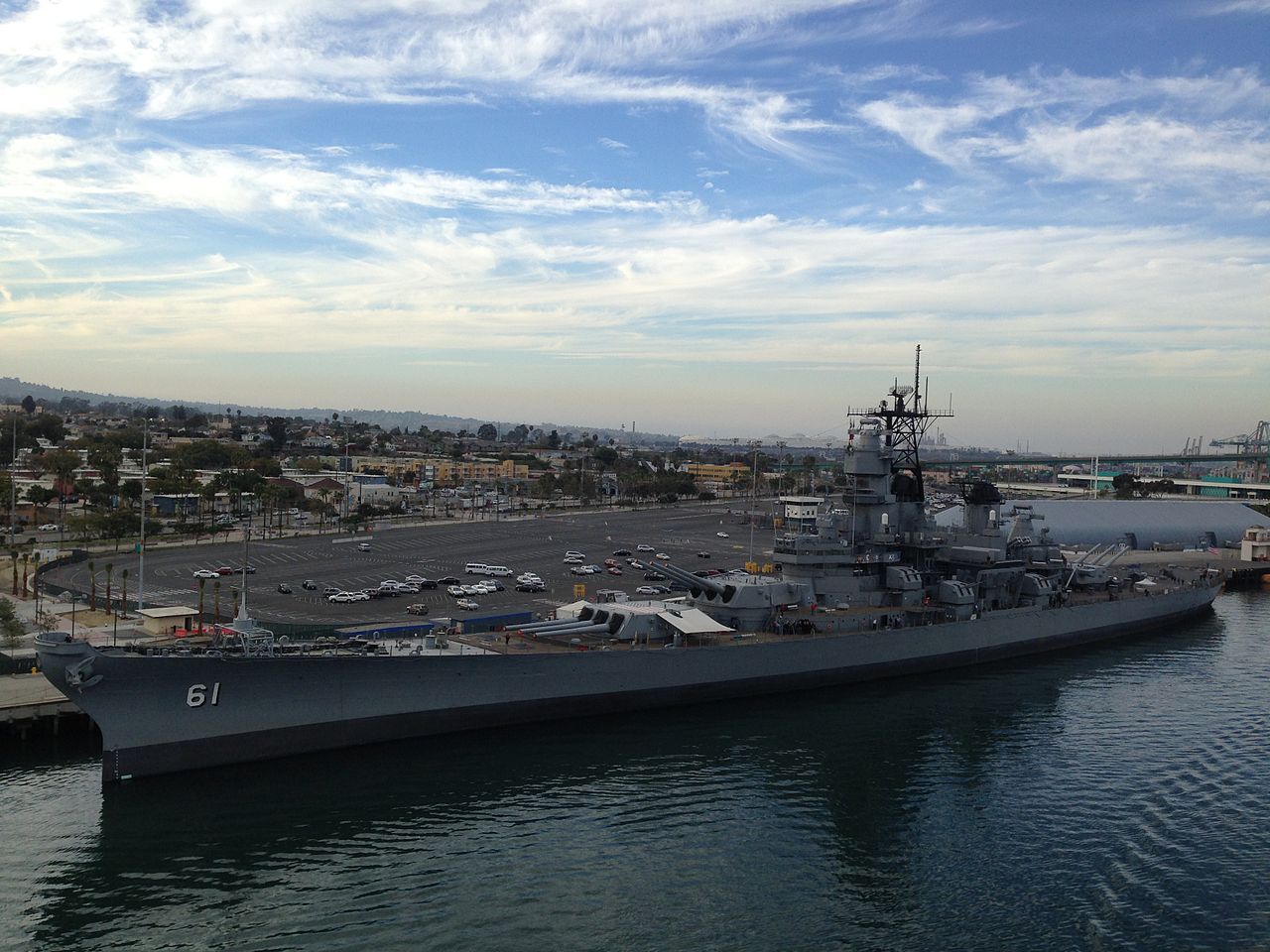 Petersen Automotive Museum is undoubtedly one of the popular sightseeing destinations in Los Angeles for you if you are a car enthusiast and have a particular interest in exploring automobiles from the older era. It features more than 25 galleries and houses over 350 vehicles on display. Petersen is also noted as one of the very first Automotive Museum in the world. The museum building comprises three floors. The ground floor is dedicated to showcasing an array of extravagant automobiles and automotive artistry. The second floor is reserved for industrial engineering and a collection of interactive teaching exhibits. Simultaneously, the third floor is dedicated to exhibition on car culture and the history of the automobile in California. Petersen also houses the rare 1939 Porsche 64 (one of the two in existence). One can also find Lightning McQueen from Disney Pixar Cars and Cars 2, Steve McQueen’sMcQueen’s Jaguar XKSS, Batman Return’sReturn’s 1992 Batmobile and various other additions that were once part of famous Hollywood films.

The Natural History Museum is one of the largest and natural history museums in the United States, where one can find a collection covering almost 4.5 billion years. The Museum building comprises three floors for a permanent exhibition that displays the pre-Columbian cultures, a massive discovery about dinosaurs, and nature’s lab that houses urban wildlife in Southern California. The Gem and Mineral Hall displays more than 2,000 spectacular specimens that can be viewed and touched for a more personalized experience. Further explore the vault to view some of the world-class dazzling and exquisite gems, including diamonds, rubies, sapphires, pearls, and much more. The Museum premises also includes the seasonal Butterfly and Spider Pavilions, where one can explore through the changing ecosystem, go up close and personal through the insect zoo and over 30 species of fluttering butterflies revolving around you. The Natural History Museum also houses one of the largest collections of marine mammal remains in the world, with about 30 million specimens representing marine zoology. 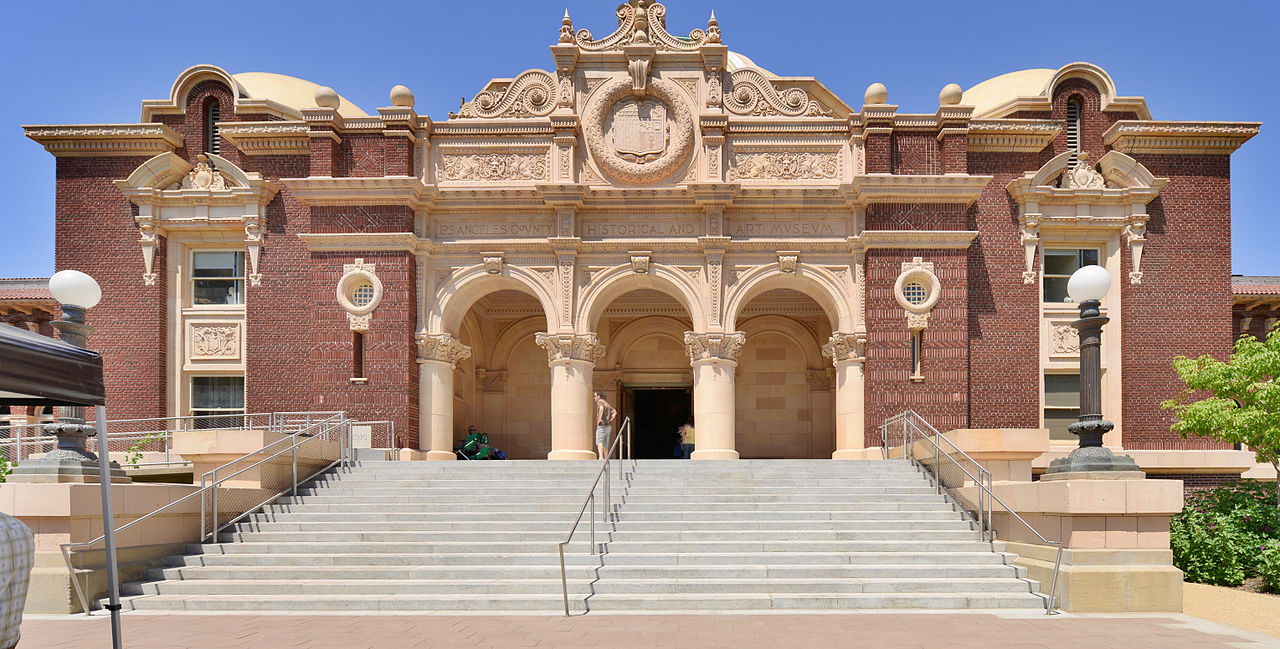 The only active urban Ice Age excavation site in the world, La Brea Tar Pits and Museum, is one of the must-visit tourist destinations in Los Angeles. It is located in the heart of the city and houses some of the world’s most famous fossil localities, rare to find anywhere else in such an easy platform and exposure. The Museum building is home to some of the best fossils, animals, and plants discovered to date, including sabre-toothed cats, dire wolves, mammoths, and many more. However, the visit does not end here but continues towards the outdoors of the museum building, where you can find the La Brea Tar Pits with active fossil excavation sites and tar still bubbling today. The outdoor premises take one near the experience of knowing and appreciating about all that our excavators have uncovered to date. There’s also a live digging site where scientists from the present age discover new Ice Age specimens every day and work upon the recently excavated fossils. La Brea Tar Pits and Museum is one unique experience on its own that will leave you spellbound, amazed and regrown. 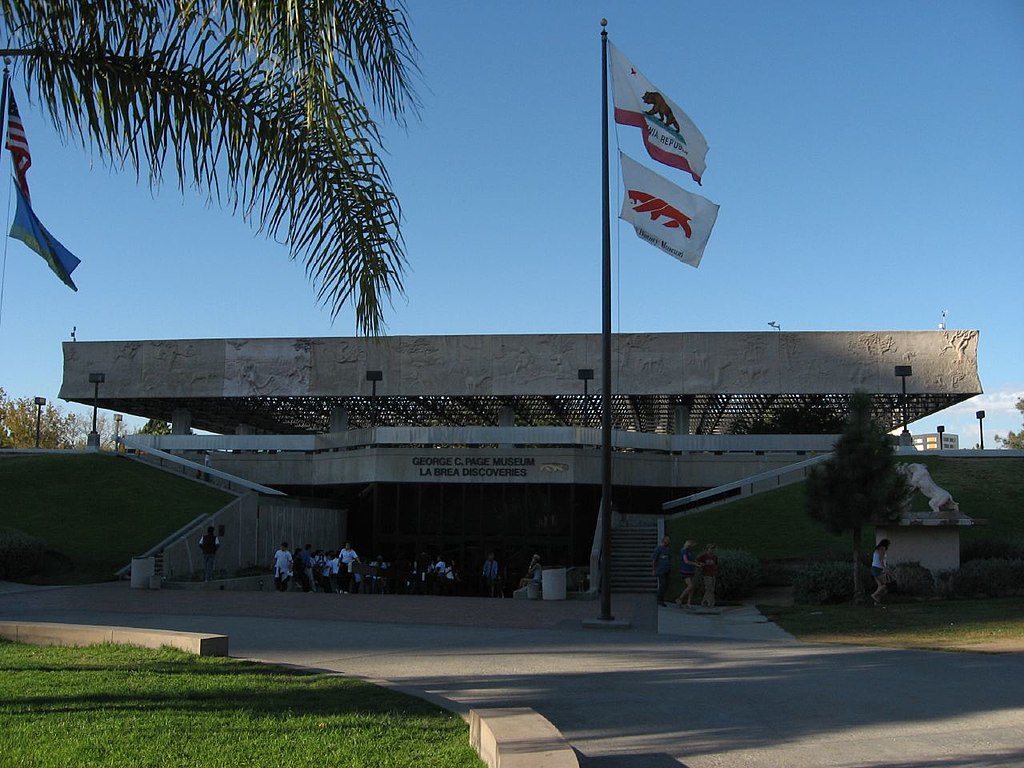 Los Angeles being home to the world-renowned Hollywood, has many unique sites that depict the story of the entertainment and film industry, and the Hollywood Bowl Museum is one of them. Hollywood Bowl is an amphitheatre and Museum located in the Hollywood Hills neighbourhood of LA. The permanent exhibition here houses live video and audio recordings, vintage sound equipment, newspaper clippings, photographs, and postcards from the entertainment industry’s early days. Further within the museum premises is the Hall of Fame that honourees some of the finest Hollywood artists. Some of the temporary and live exhibitions include Hollywood Bowl: Music for Everyone, Postcards from the Bowl, Beatles at the Bowl, Concert Programs and Jazz at the Bowl. The admission and exploration here is free of cost and is a good two to a two-and-a-half-hour affair. 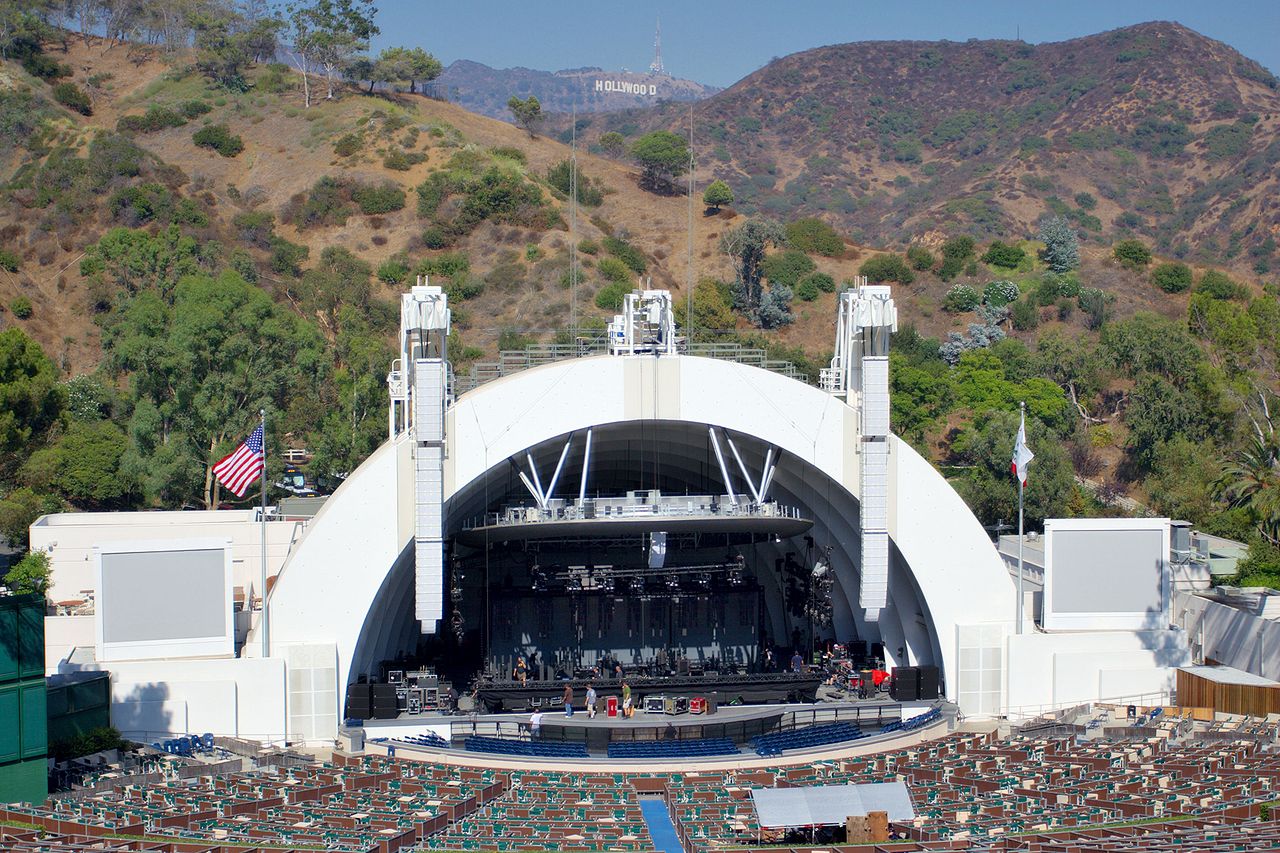 The First American Transcendental Exhibition (FATE), Diorama-museum of Bhagavad-Gita, is a multimedia art museum and one of the best museums in Los Angeles. The Museum is one of the in-depth and beautiful learning experiences where you can come close to the philosophy of Krishna (Hindu Deity), who spread the writing of the famous religious book Bhagavad-Gita, a life-changing writing of Veda Vyas. The Museum exhibits eleven dioramas with almost life-sized dolls beautifully made up of several types of clays, bamboos, rice straws, rice husk and finished with traditional Indian art techniques. The site is modern but nostalgic at the same time and an ideal spot for those who are interested in the Hindu religion and Indian religious beliefs and cultural practices. It is one-of-a-kind museums in Los Angeles where you can spend two good hours learning and enjoying one of the finest museums exploring experiences. Adjacent to the Museum lies a pure vegetarian restaurant where you can try some finest Indian cuisines. 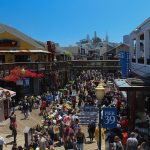 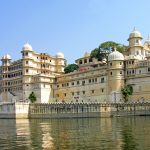 6 Most Fascinating Weekend Destinations from Ahmedabad (2022) Next 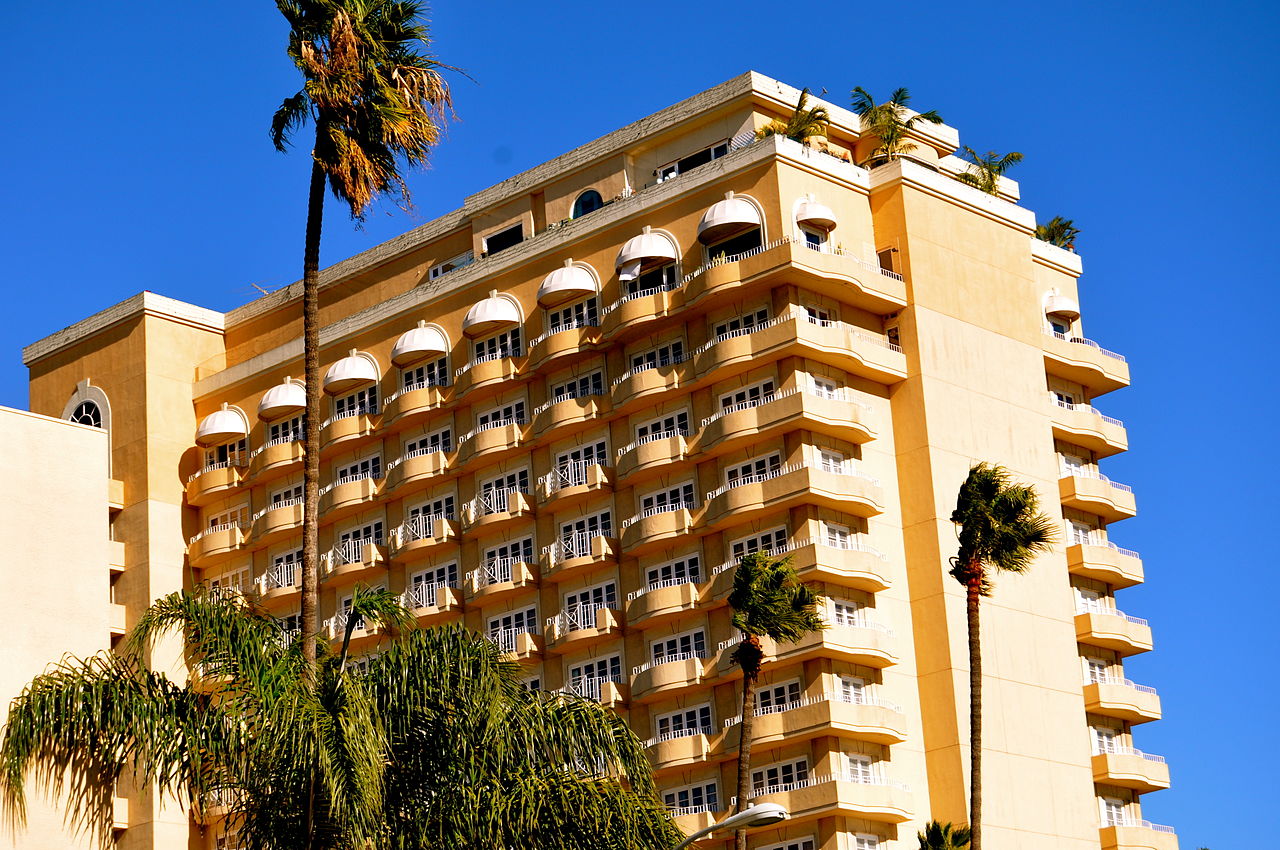