Oakland is one small city in Northern California known for its diverse population and varied range of tourist attractions. The city has got its name after the native shady oak trees, which also encourages bearable temperature and enjoyable weather. Summers here are clear, long, and comfortable, whereas winters are comparatively shorter, cloudy and wet. Temperature at Oakland barely gets below 3 degrees and above 30 degree Celsius all through the seasons.

So that you can make sure how to spend your time here, have a look at our 9 Top-rated Tourist attractions in Oakland.

A Museum of Art, Natural Science and History, the Oakland Museum of California is one of the vast and most famous museums in Oakland. It is basically a merge of 3 individual museums that today exhibit more than 1.8 million objects in the form of art, portrait, sculptures, pictures, media, artefacts, drawings and almost every mean of the media. 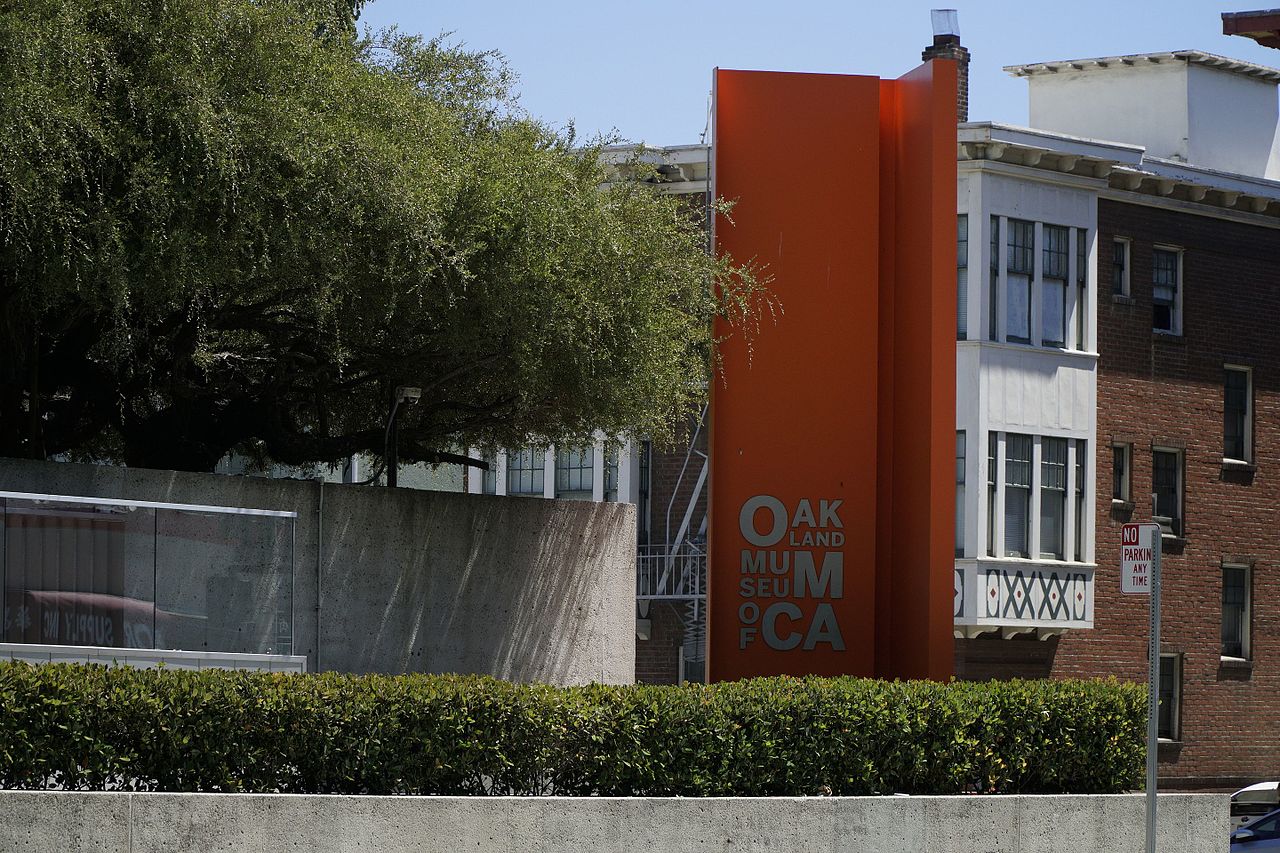 The Museum enlightens Californian History through provoking exhibitions, multiple galleries, events, and festivals. The Museum also contains the most incredible biological diversity in the nation in the form of bird and mammal skins, thousands of eggs, freeze-dried exhibit specimen’s herbarium sheets, along with a collection of reptiles, fishes, fungi, and amphibians.

The diversity of the Oakland Museum of California is presented through its display, and despite whatever interest you carry, you will defiantly love your time here.

Lake Merritt is a tidal lagoon and one of the top-rated tourist attractions to explore when in Oakland. It is also noted as a Historical site and landmark in Oakland that dates back its significance to 1870. Lake Merritt houses a lakeside park, artificial islands, grassy shores, Rotary Nature Center, boating centres, a fairy-tale themed amusement park and several other recreational and fun spots. The Lakeside park at Merritt draws particular interests via multiple gardens featuring Japanese, Mediterranean, and Bonsai themed all of which are mesmerizing in their own way. Another sight of specific interest here is the necklace of lights encircling the lake featuring about 3,400 pearly bulbs and 126 lampposts. 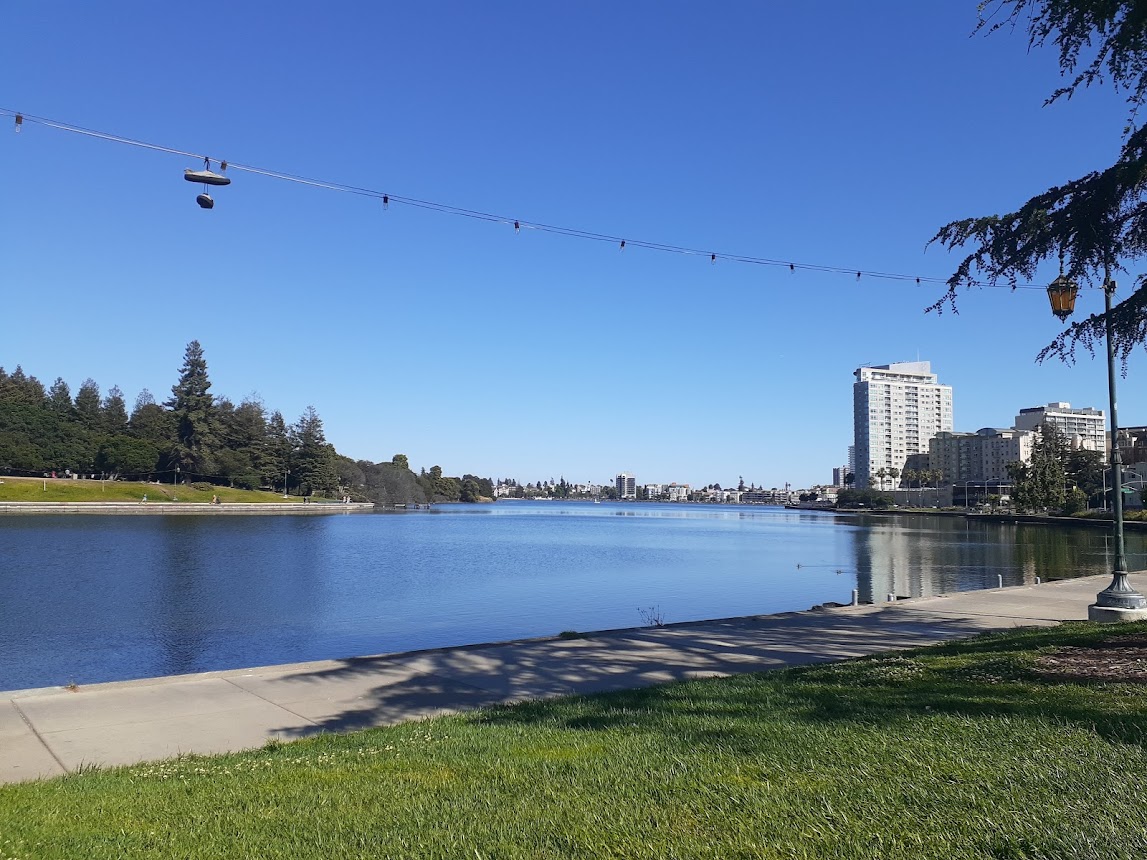 Lake Merritt is also known for its healthy year-round bird and fish population, where one can view varieties depending upon seasons and weather conditions.

Redwood Regional Park is not just a park but 1,830 acres of sprawling forest located right at the hills east of Oakland. This forestland is known for multiple hiking trails, picnic areas, water fountains, overnight campsites, and meadows. The site is also home to considerable wildlife, some of which are the rare and endangered ones like Alameda striped racer and the Golden Eagle. Oakland locals and residents from the neighbourhood often come here to spend some meditating and peaceful hours amidst the redwood. With several redwood trees soaring over 150 feet, this regional park shows some flamboyant National park look. 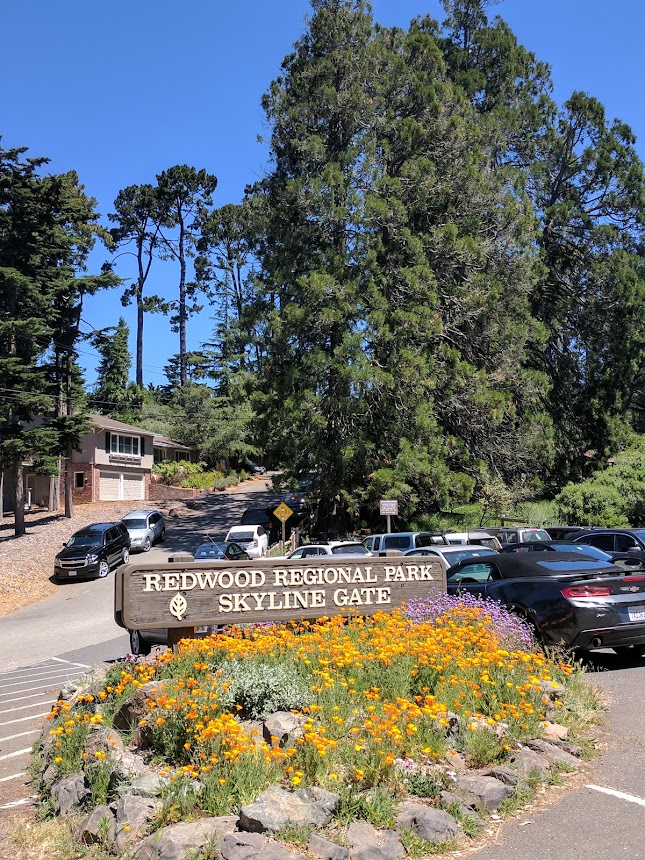 Redwood Regional Park is a gem of a park in Oakland that encourages tourism activities and recreational opportunities all throughout the year.

Morcom Rose Garden is an Amphitheatre of Roses with several thousands of roses in different colours, shapes, fragrances, and varieties. It is noted amongst the grandest city rose gardens in the Country and is quite famous for weddings, shoots, parties, and amongst photography enthusiasts. Roses here are at their full bloom during Springs and early summers dedicatedly from the end of May throughout July and then from mid-august to mid-September. This rose oasis in Oakland is in a bowl shape located amidst a small hill. The garden looks quite dramatic while you simply walk down the lanes. Small ponds, artificial fountains, and the guest birds nearby keeps the vibe chirpy throughout the day. 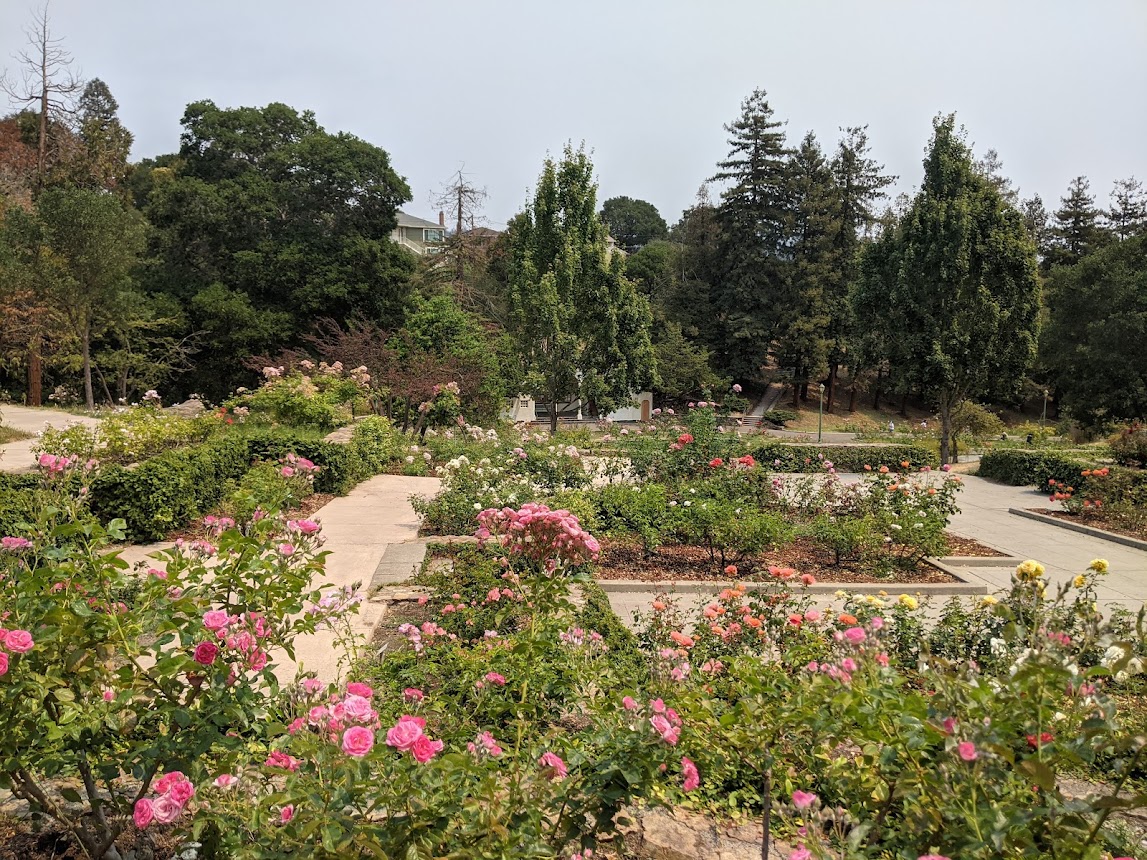 Morcom Rose Garden is a hidden gem in Oakland and considering not many people know about it, the peace, cleanliness and tranquillity here are always maintained.

The Camron-Stanford House is the first Museum in Oakland and the last Victorian Mansion of the 19th century. Located around Lake Merritt, it is one of the most-visited tourist spots in Oakland and a sight where you can learn about some fascinating history. This Camron-Stanford House has two storeys and about 8 to 10 rooms, all in their restored settings. The view from the deck here is astonishingly beautiful, plus Lake Merritt gives it one pleasant atmosphere. When here, you can either opt for a guided tour and learn about history or explore the beautiful architecture. However if you are not here for learning purposes, you can simply stroll and sit in the garden outside. 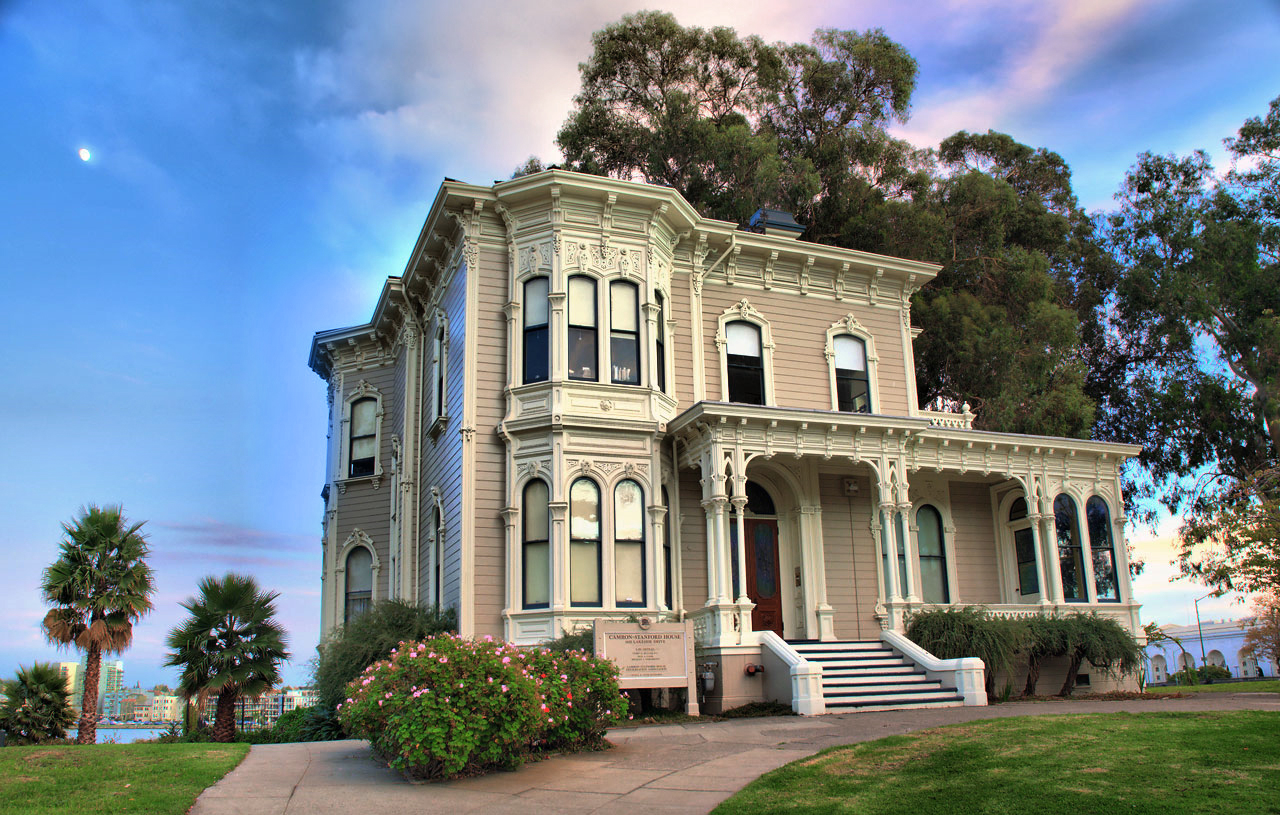 From mid of June to the beginning of October, wedding season here is at its full boom; thus, in case you are looking for some peace and alone time, avoid this time of the year to plan your visit.

6. The Cathedral of Christ the Light

The Cathedral of Christ the Light is a Roman Catholic Church and also one of the world’s newest Catholic cathedral. The exterior view of the cathedral is not like those authentic Christen Churches but is absolutely a glass cover inspired by modern architecture. This spacious sight might not look like a Cathedral from outside; however, once you enter the building the architectural marvel along with interior décor will surely blow you mind. Further as the sunlight pours in through the glasses, the view is undoubtedly one delight to watch. Even though it doesn’t look like an authentic church, but the combination of wood, glass and light somehow seems moving strangely and watching it is an experience on its own. 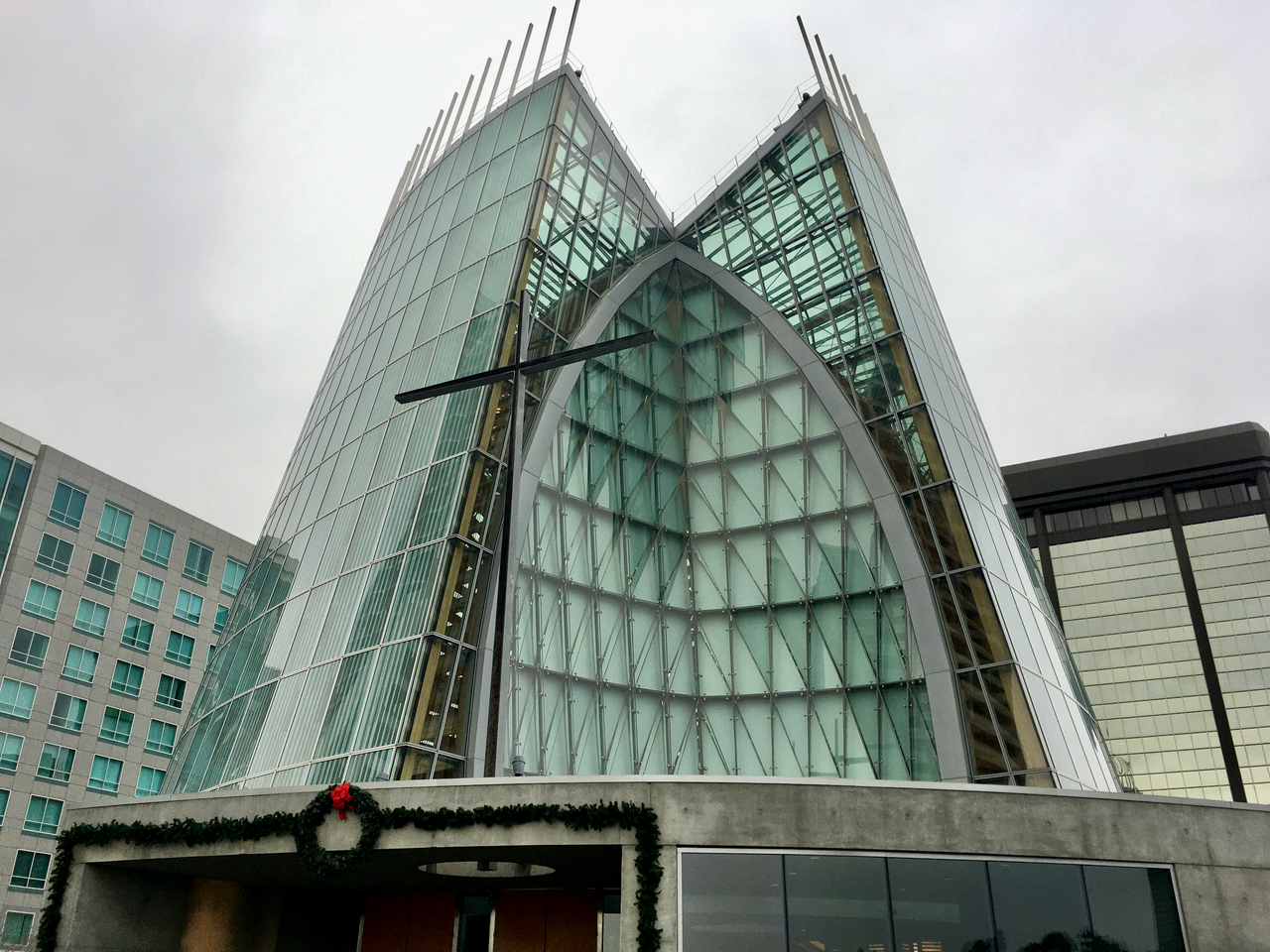 The sense of peacefulness, along with the tranquillity of Lake Merritt, draws people from all around the city, no matter if you are religious or a fun seeker.

Children’s Fairyland is an amusement park that is also noted as a magical mid-century park that holds particular interest for kids. Known as one of the very first themed amusement parks in America, these 10 acres of spread is also home to United States‘ oldest continuously operating puppet theatre. Considering it is for kids, the park has mainly miniatured in the form of rides, playsets & storybook sets, sculptures and friendly animals. Children’s Fairyland is basically an old school amusement park, however, a timeless sight that will take the younger generation back to those days, which they would not have even imagined. 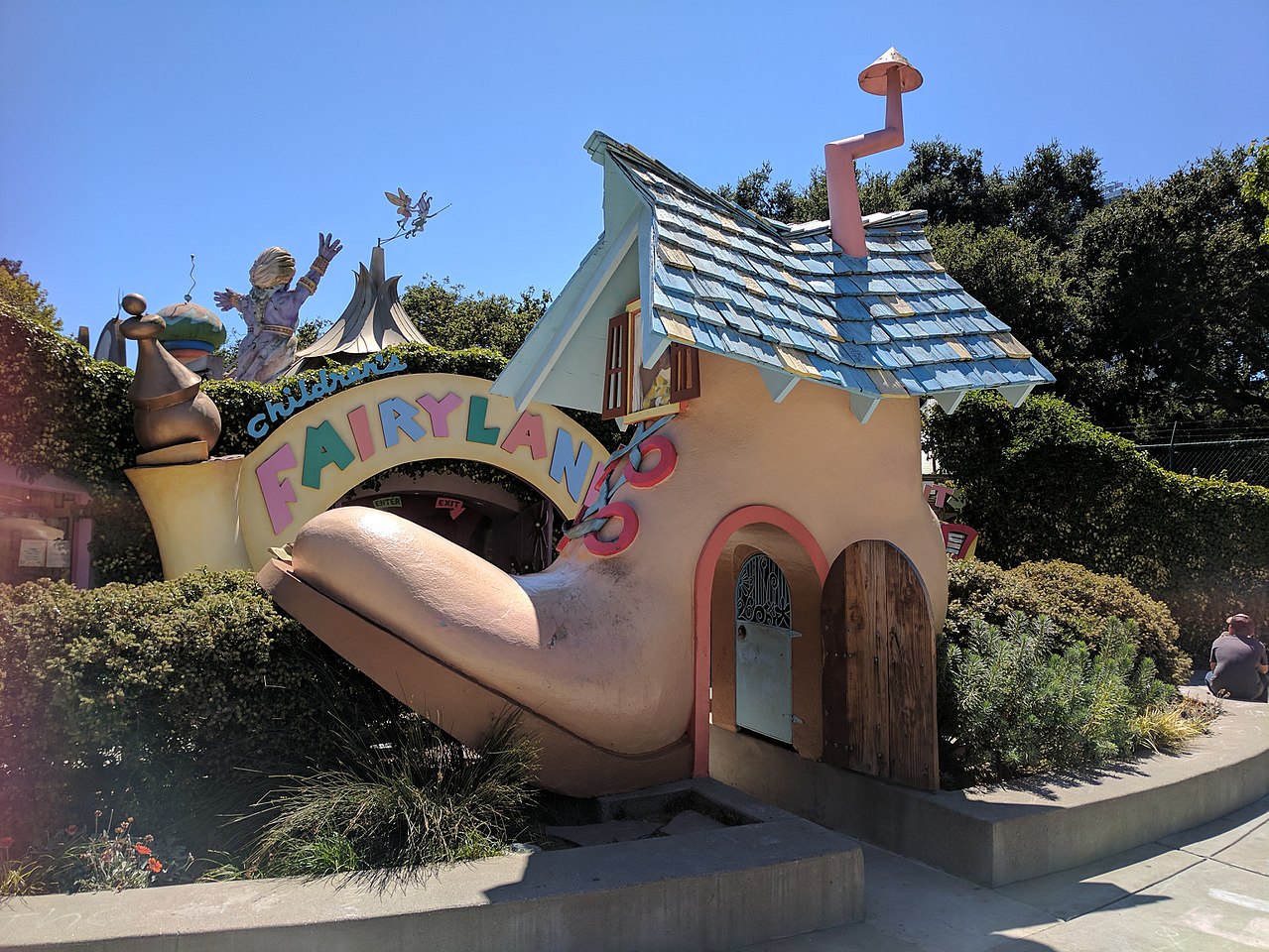 If any day you happen to visit the Fairyland, make sure you grab at least one puppet show and retrieve your childhood memories.

Oakland Zoo is a century-old zoo that dates back to 1922 dedicatedly to wildlife conservation of both local and global animals. It houses more than 850 native and exotic wild animals, mainly focusing on the state’s remarkable native wildlife. Not just for adult animal lovers, the Oakland Zoo is also home to a mini children’s zoo exhibiting small birds and animals along with wildlife theatre. Apart from animal viewing, one can also enjoy several rides, carousel, roller coasters, jeep safari, and a gondola for the bird’s eye view.

The best part about Oakland Zoo is that animals here aren’t cages but are kept according to their natural lifestyle and habitat. Where bears are at the top of a mini mountain, lions, cougars, giraffe, and similar others acquire grassland for free moving and living.

If you want a day full of animal watching along with adventure park fun and excitement, the Oakland Zoo is one suitable site for you.

One of the most picturesque settings in Oakland, the Jack London Square, is where one can head towards simply for chilling, strolling, and experiencing the authentic Oakland vibe. It is basically a historic neighbourhood in Oakland set up at the waterfront named after Jack London, who was an author and also the owner of Port of Oakland. The square today is known for shopping, dining, and strolling affairs. Here you can find a vast ferry dock, a historic Californian Salon (from the 1800s), and a movie theatre. Sunday mornings here hosts the weekly farmer’s market and thus welcomes a considerable crowd; however, it is an affair worth being a part of. 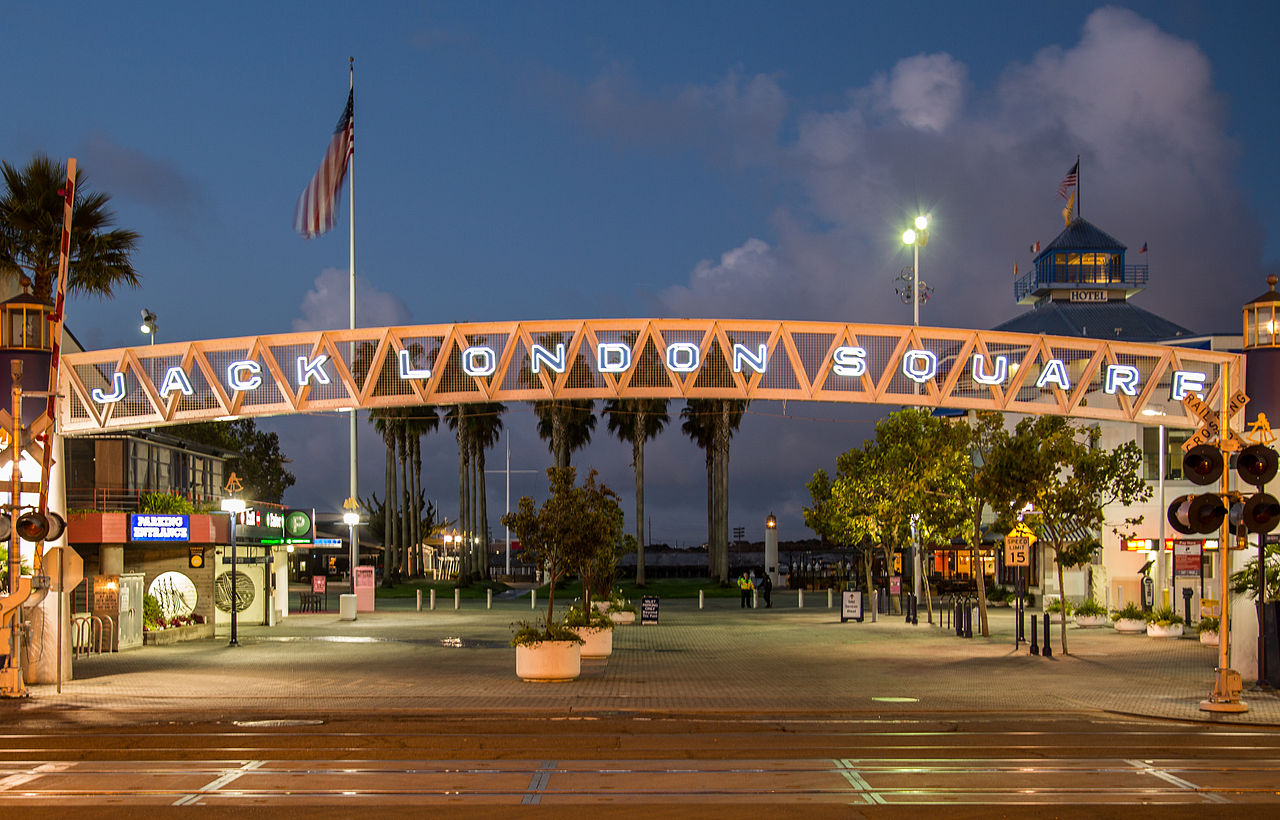 When here, consider being a part of the evening or night cruises or the kayaking tours. All of the water tours here are an example of extreme marvel and you can catch some historical performances and glorious sunset. From the entrance of Jack London Square, there lies an array of some great restaurants worth trying upon. 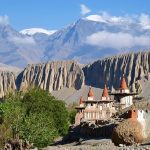 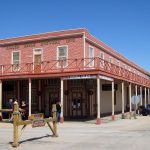 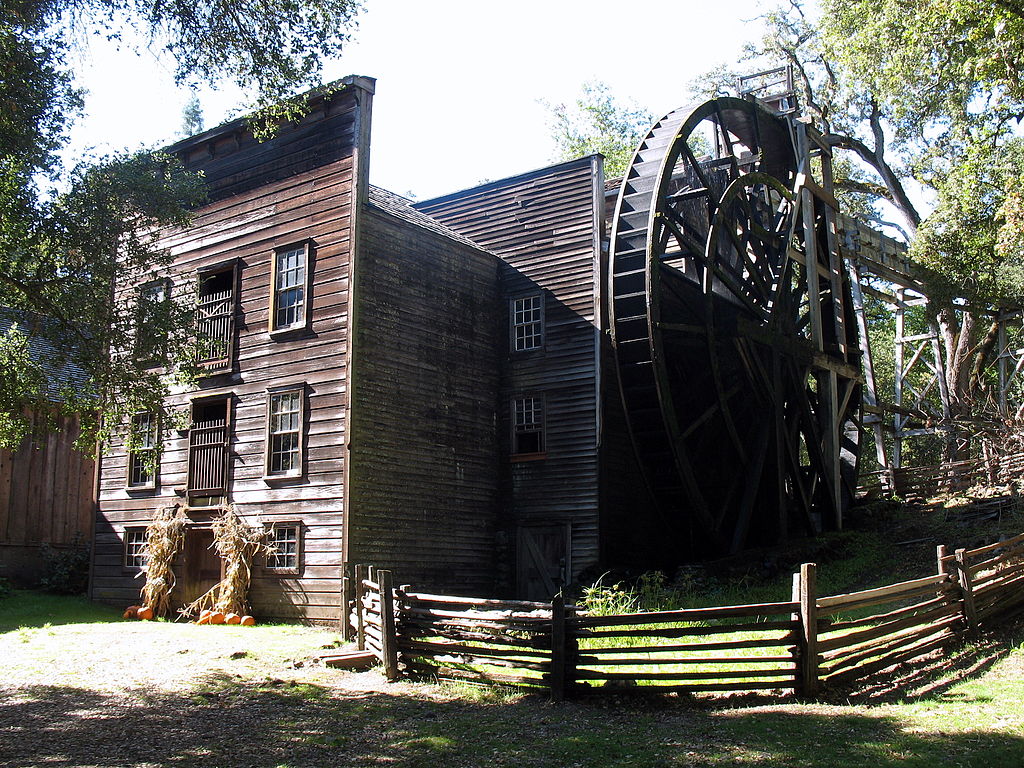