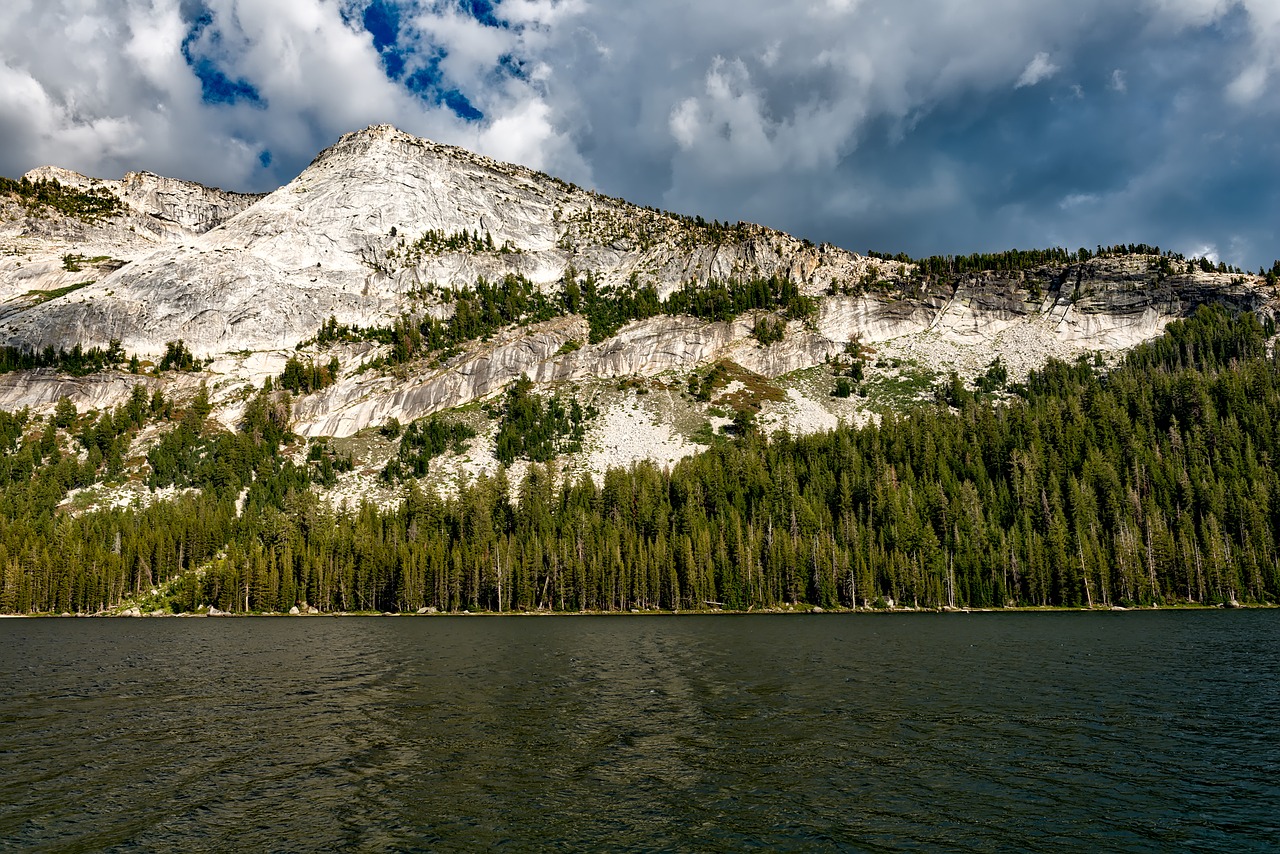 Visit Yosemite National Park: Witness Rocky Mountains, Stunning Waterfalls, Desert Regions And A Lot Of Aspects Linked To The History Of The Park (2022)

The National Park situated in the Western Sierra Nevada of Central California. October 1, 1890, was the day when this masterpiece was recognized. The Yosemite National Park in the United States delivers its tourists with such an incredible and majestic experience in all months of the year. Have you ever visited this beautiful place? If not then it’s time for you to discover some of the heartfelt sights of the Yosemite National Park in Central California that include rocky mountains, stunning waterfalls, desert regions and a lot of aspects linked to the history of the Park.

Visit Yosemite National Park: How To Start The Ideal Journey For The Yosemite?

If visiting the Yosemite is your first occasion then you can begin with the search of some of the budget-friendly hotels or restrooms nearby. Having a guide with you on your entire tour can be the right preference. The guide will keep a check on everything from your budget to all the famous sights which you’ll not want to miss at any cost. Staying in the hotel around the Park is an acceptable option, as it would make you feel relaxed in exploring the sights as well as spending a little spare time with your family and friends. This would count a lot of enthusiasm during the vacation in Yosemite National Park. The entry fees of the Yosemite National Park is adjusted as $30 per vehicle and $15 per person.

Yosemite Valley, which is somehow considered being the great wonders of the natural world by many of the tourists and the locals, is in existence from the past 30 million years. The thrilling view and pleasing nature of this beautiful valley is impressive for the ones who are visiting here the first time. The village also presents locations such as Yosemite Museum of the Native American Tradition, Wilderness Centre and Ansel Adams Gallery of photographic art. The town eventually comprises both the historical and natural spots for their budding travellers. The outer sections of the Yosemite Valley include Tioga Road and Glacier Road which lets the visitors travel around other points of the Park. 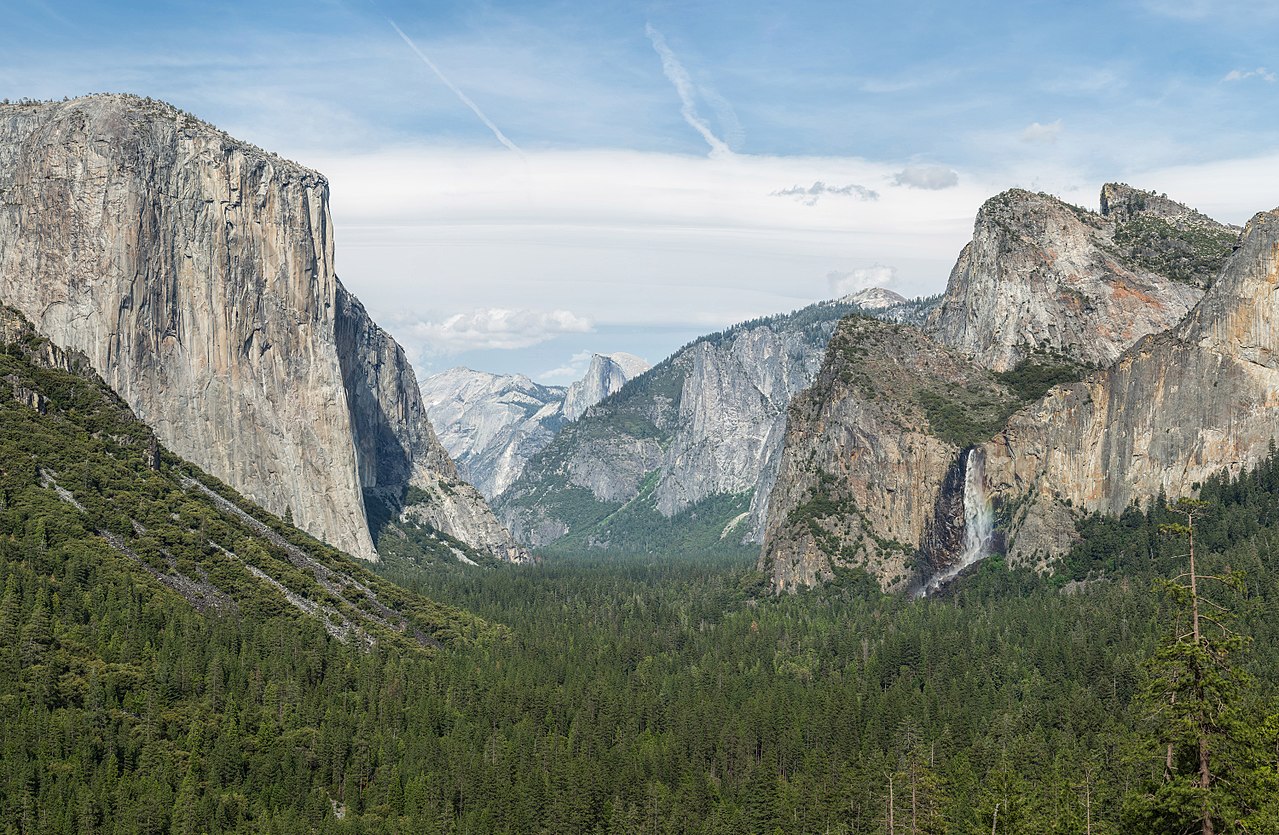 While taking the route of the Tioga Road, you can witness a lot of alpine scenery and some of the quiet and exquisite hill-walking tracks. The road is closed during the time of the winters due to the altitude. It becomes a pretty good destination in summer for sporting actions such as hiking and climbing. The summit of the rock is reflected by the wildflower flourish in the open fields and pure lakes. 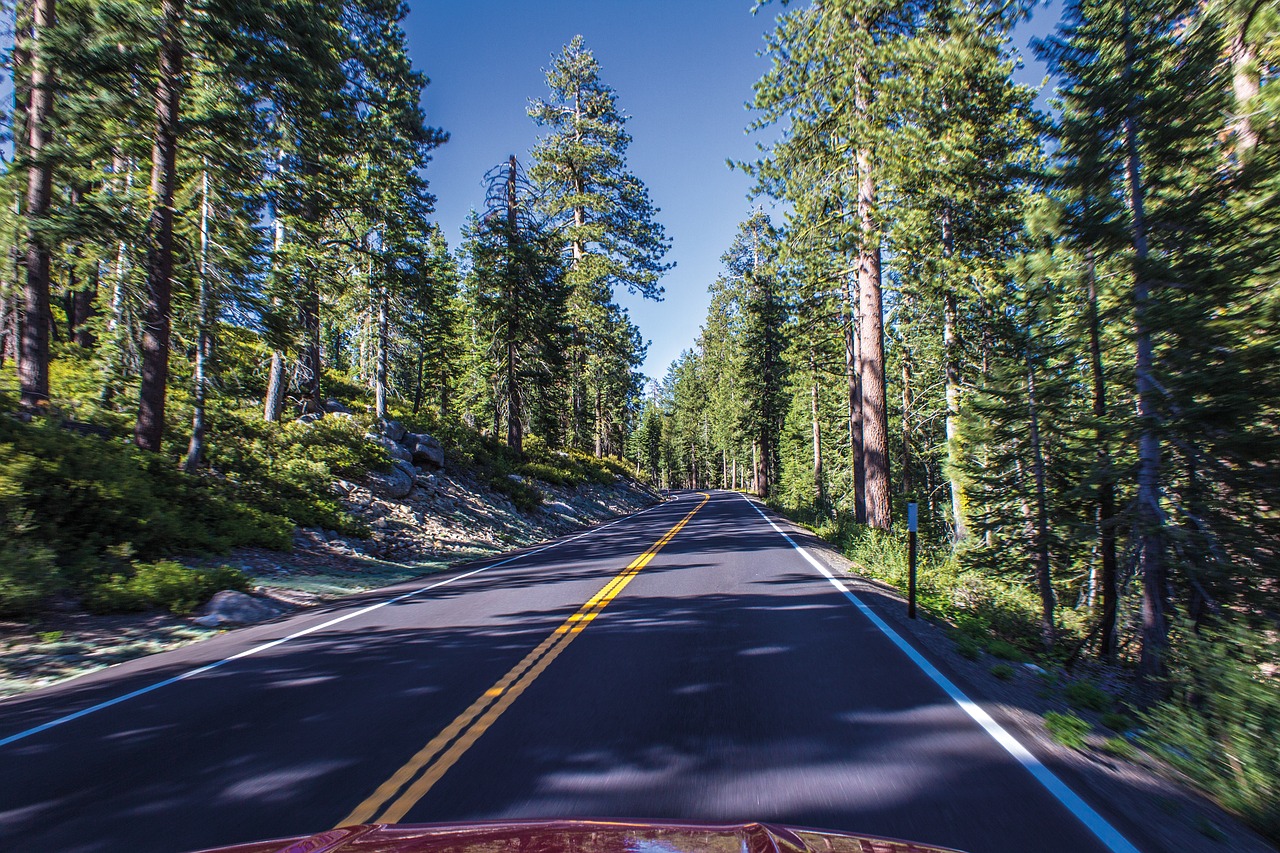 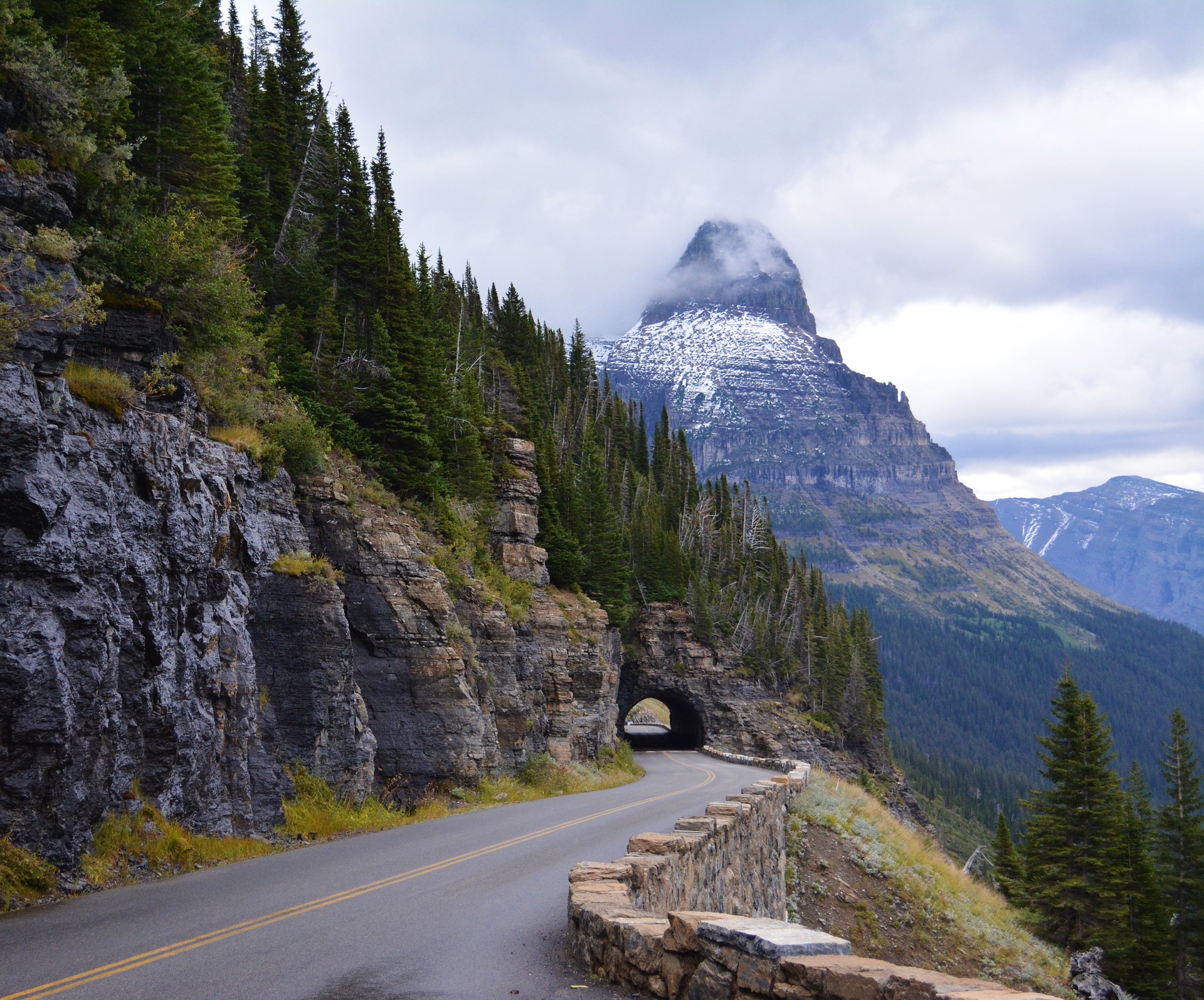 Waterfalls of the Yosemite Valley

The Yosemite Valley features terrific and eye-catching waterfalls around. It allows the visitors coming in the site of the waterfalls to dive or take a relaxing bathing session. On the side of the river, you can take pleasure in a long walk through the paths. The falls of the Yosemite Valley looks sparkling and fresh throughout the year, that’s the reason it is one of the major sights which the visitors should not ignore. 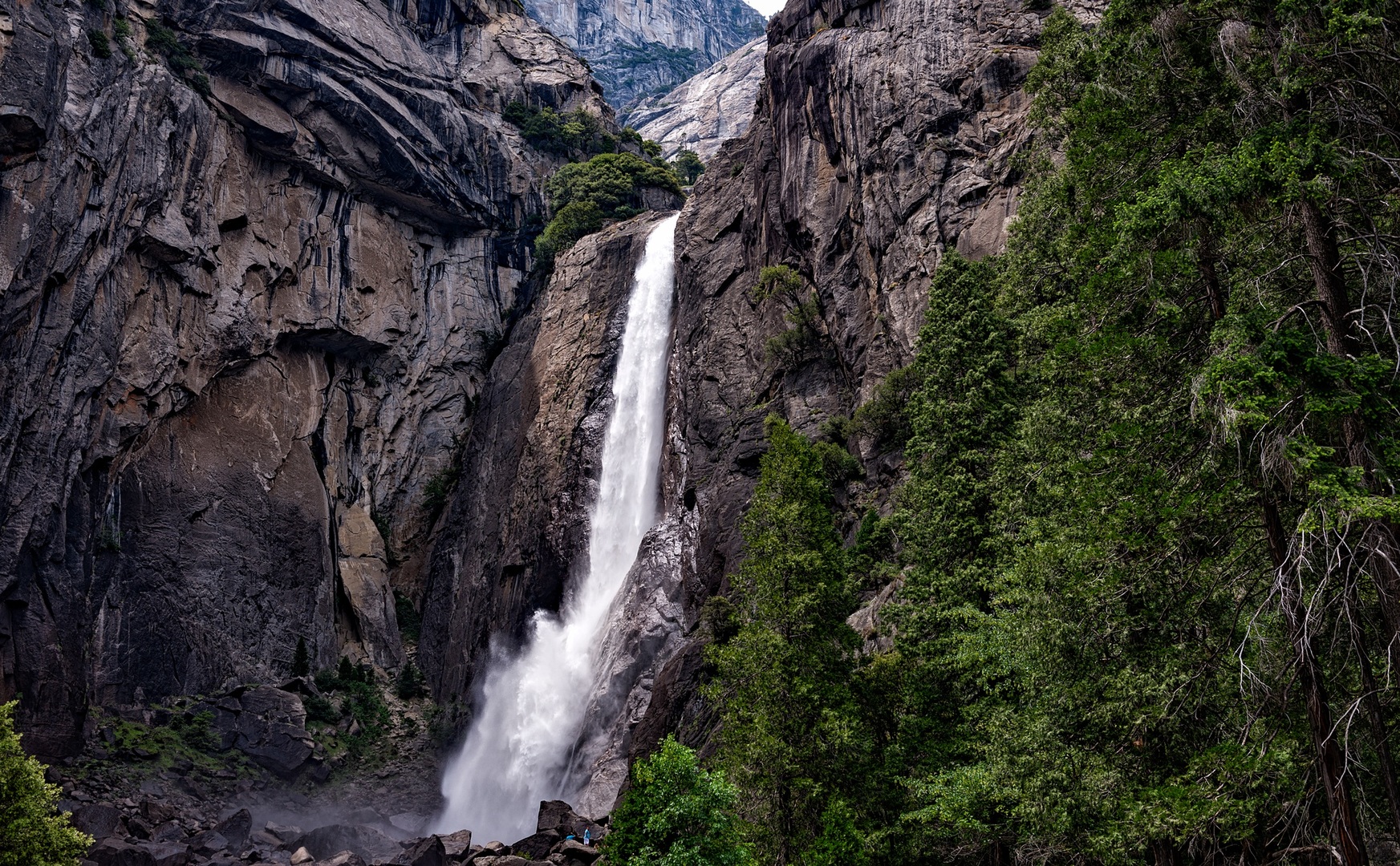 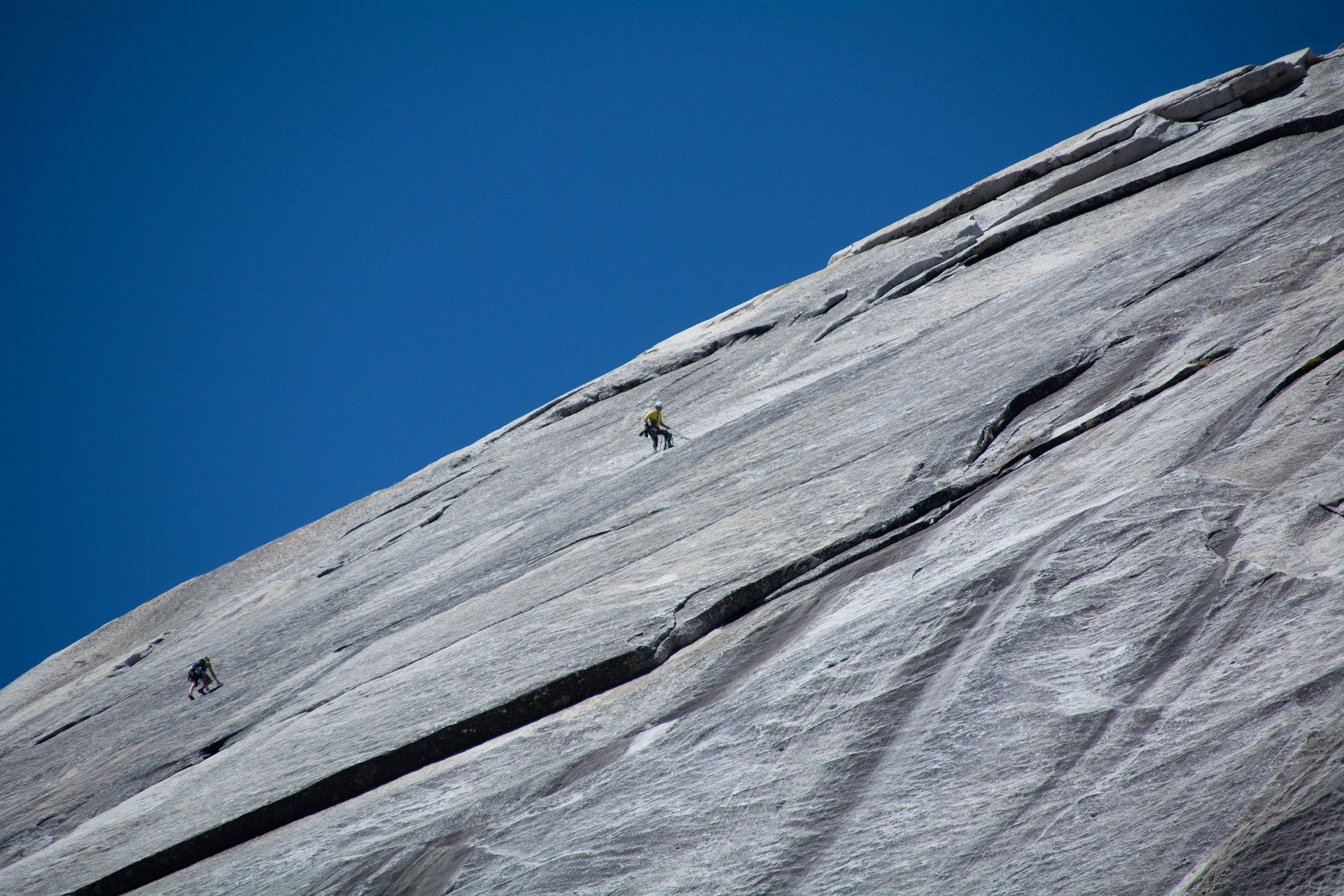 Camping in the Yosemite National Park

The Yosemite National Park has been a devoted companion since ages for its viewers. Though, it often allows an entirely different perception of doing stuff that is camping. The Park is well developed with a large number of quality campgrounds, from which the well-liked for the tourists are the ones in the North Pines, Lower Pines and Upper Pines. If you are fond of doing the camping part but can’t access a campsite, then you can seek out some first-class campgrounds outside the entrance of the Park. 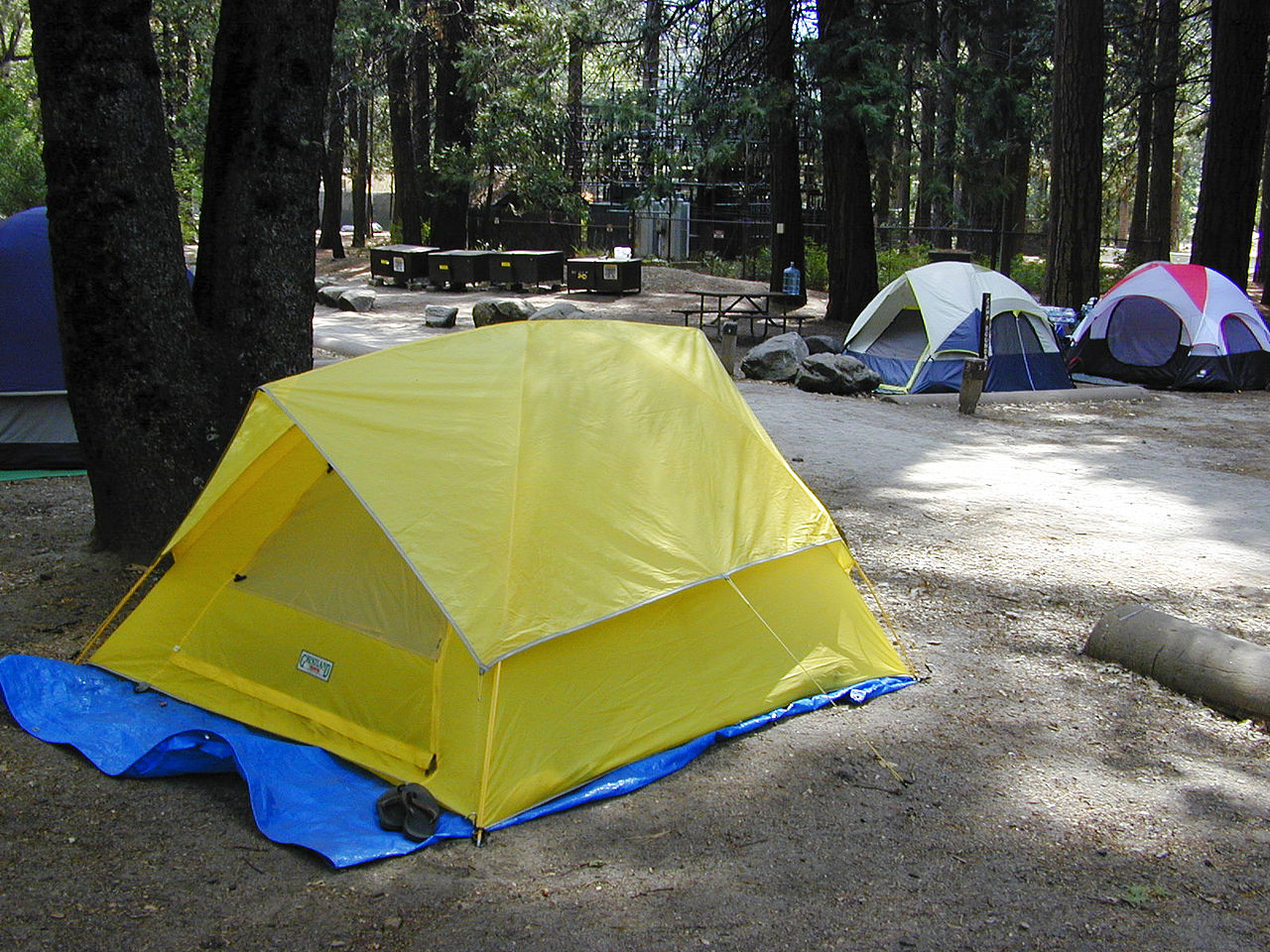 The visitors can hunt for some of the most typical sight views of the valley from the Tunnel View itself. It becomes a must-see tourist destination, especially at the day time, in the dawn when walls are mainly in the shade. The wall tends to become sparkling in the afternoon, which is very much admirable by the viewers of this site. 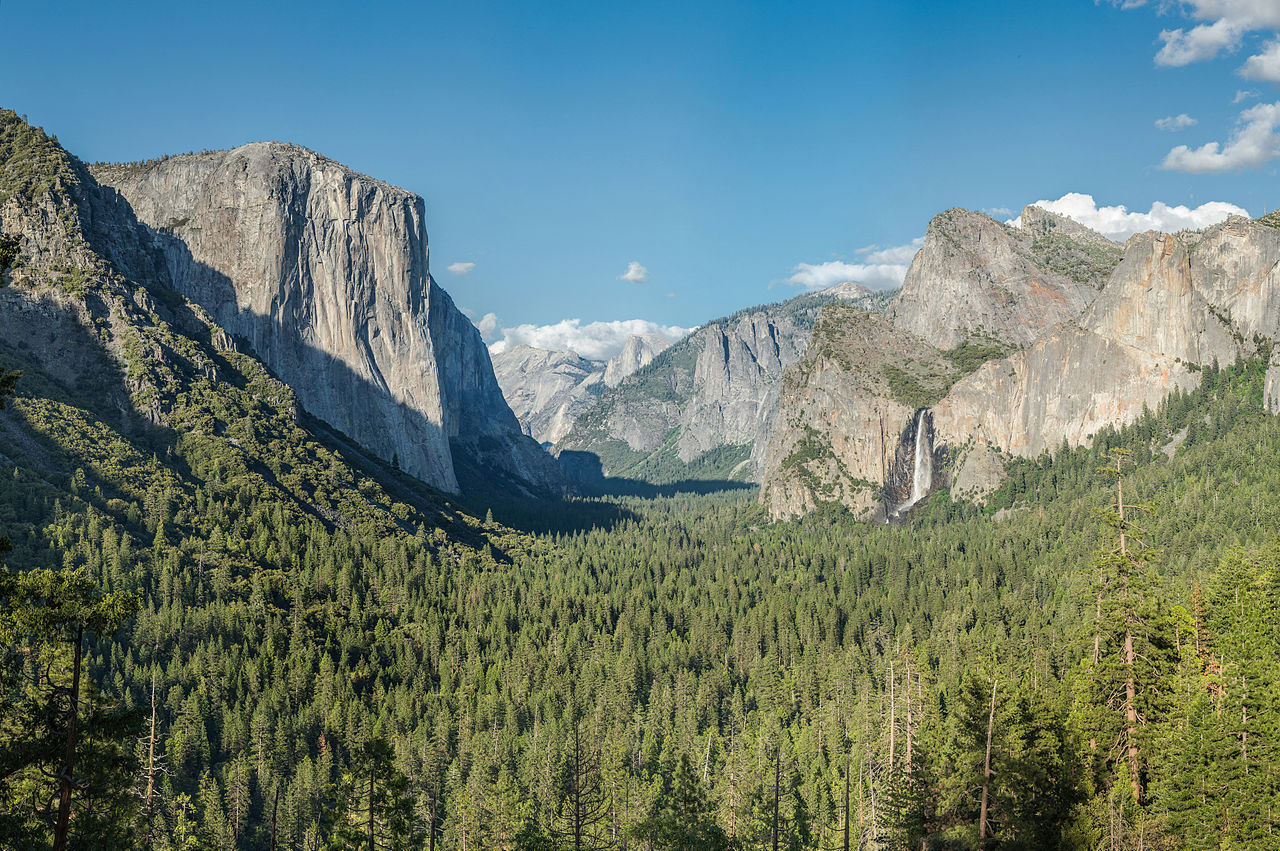 The Yosemite Museum and Indian Village

For the ones who carry a keen interest in knowing the culture and tradition of various places around the world, Yosemite Museum is just what the doctor ordered. Many visitors used to come here to know and learn about the ancient people of this valley around Yosemite Museum and Indian Village. You may observe the exhibit of several artefacts and docents in the museum. The good thing about the museum is that it is cost-free, and neatly situated on the side of the Yosemite Village. There are particular bark-covered residences behind the museum building which are built in a conventional fashion used by the Miwok people who once existed in this region. 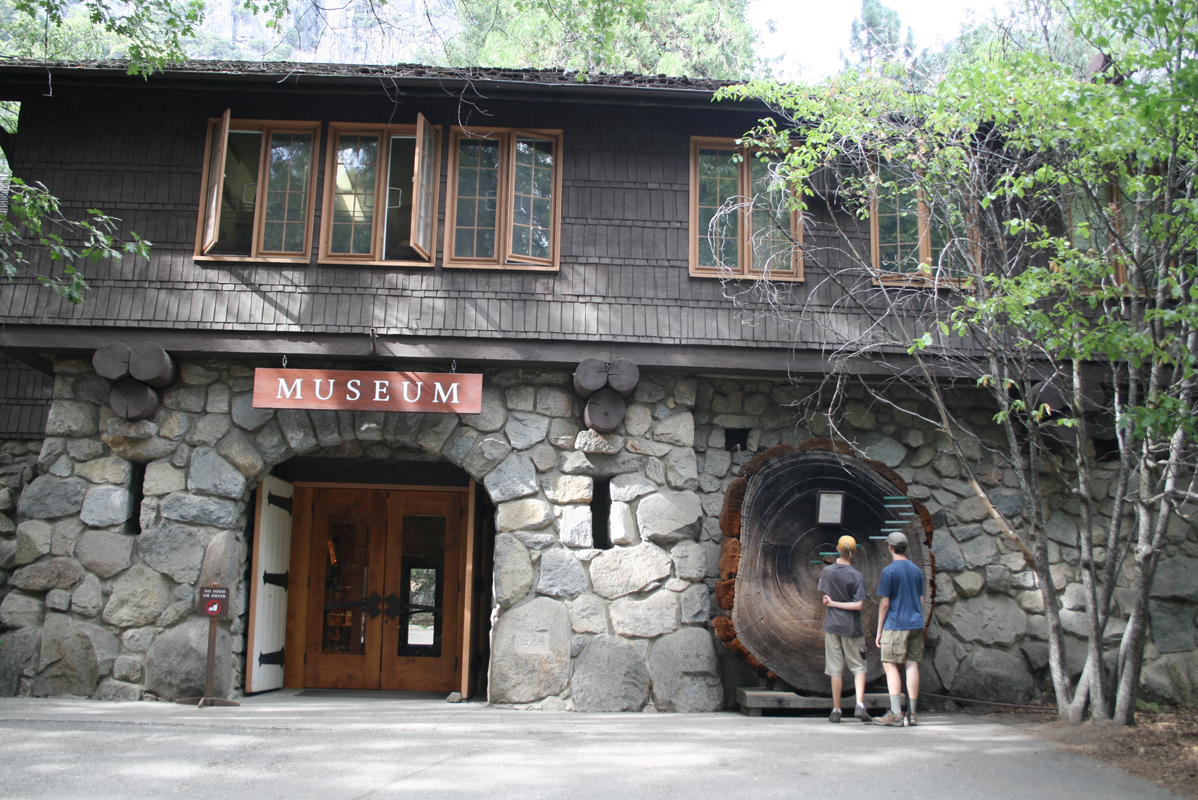 As we have mentioned the name of this photographic art gallery earlier, it is a fine place to plan a tour for the ones who call themselves “photo addicts”. On the other hand, the photography talent of Ansel Adam was way too exceptional. The name and the work of Ansel Adam are directly concurrent to this attractive Park. The black and white pictures of the Half Dome and Jeffery Pine are some of the work for which he is appreciated for years. Adams original pictures, posters and books are also for sale in the shop. This art gallery can be a worthy spot if you are planning a tour to Yosemite Village. Even if you are not in the mood of purchasing any artistic material yet you may inspire by some of the outstanding pieces of artworks and handicrafts demonstrated inside the Art gallery.

Your journey sounds incomplete without a visit to the best and well-accepted site of Yosemite, which is known as Half Dome. The Half Dome can be seen from a distance if you are at the Tunnel view site or at the Glacier point. From here, you can build a strong assumption in your head that how big the structure can be than the mountains around. The shape of the dome is precise; that’s why it is called the Half Dome. The hiking tracks are so devastating for those who are excitement buffs. But this hike is quite different and exceptional; hence it is not intended for everybody. So, you would have to go through the instructions in depth before challenging it.

This waterfall is known as an easy to access point. This means that you can reach the waterfall by just using your footsteps. There is a short path which will lead you to the right direction straight to your destination. The sound from the falls is just so harmonious to hear, along with the water drops from the top hitting your face very peacefully. From a higher vantage point, the visitors can have a brilliant image of the Bridalveil Waterfall. 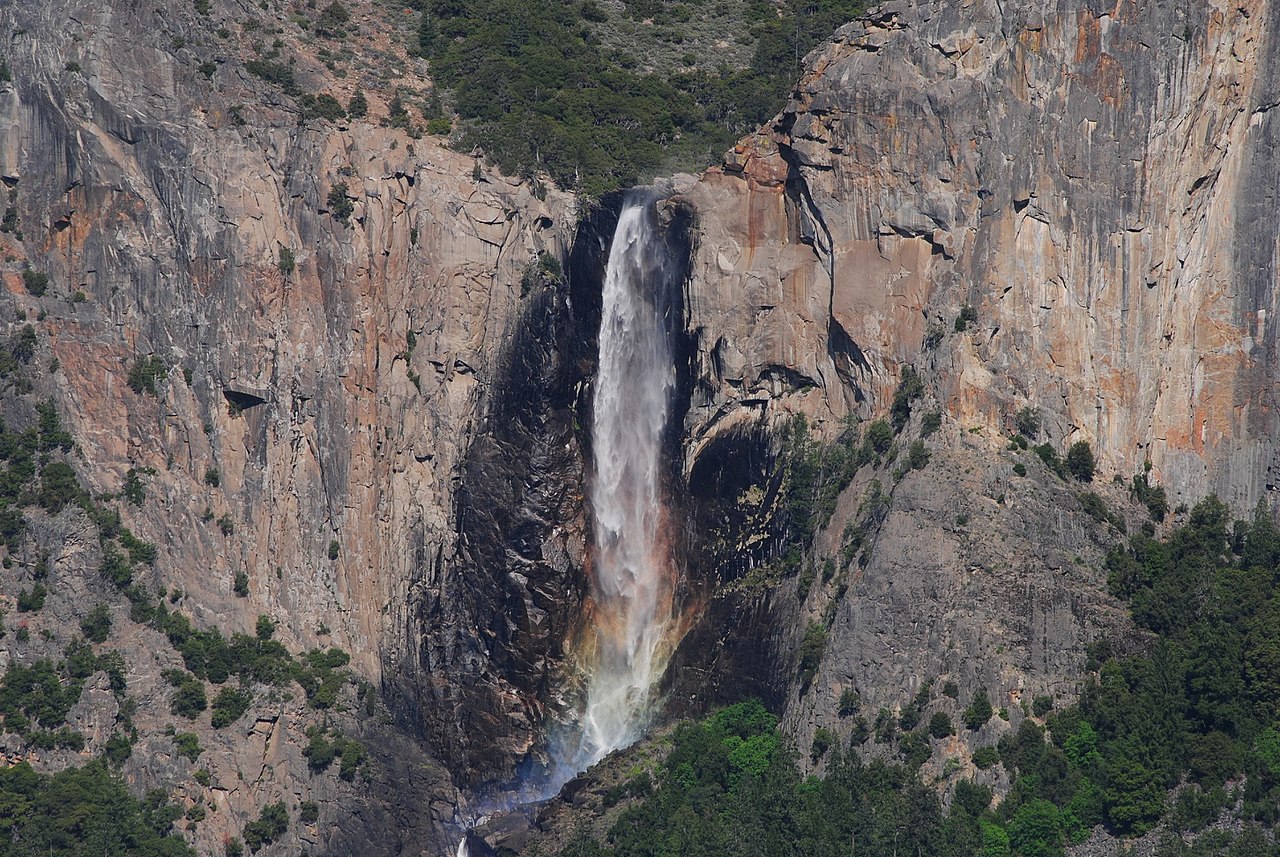 The families that came to the Yosemite Valley can take benefits to do entertaining activities such as riding a bike along the paths. The Yosemite National park provides its visitors to go on a 12 mile of paved ways ride over a bike which sounds so amusing. This route is only available for the pedestrians, shuttle buses and bicycles. The bike renters are also obtainable close by offering bike rides at a reasonable cost- range.

So, those were some of the attractions and thrilling kinds of things to do if you are visiting Yosemite National Park in the United States. Are you fond of sight-seeing, bike rides or exploring historical cultures? Do visit this unique destination with your acquaintances and have a pleasant vacation. Do let us know how your journey turns out to be in Yosemite National Park. 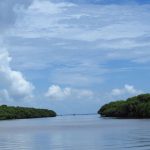 Kakinada Travel Guide | Top 5 Places to Visit in Kakinada | Best Time to Go & Where to Stay in Kakinada, AP (2022) Previous 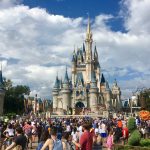