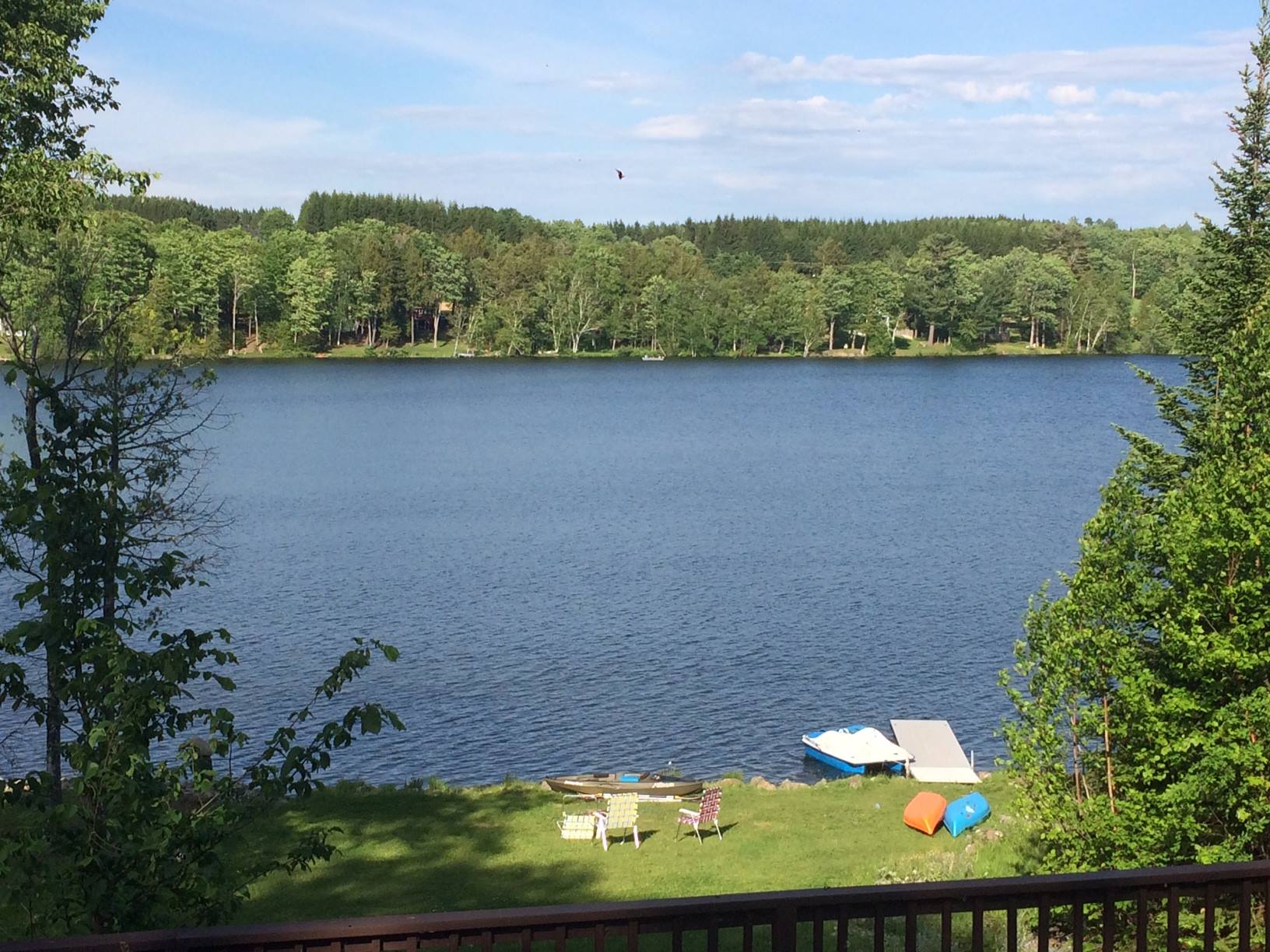 Presque Isle is a commercial center and a city in Maine’s Aroostook County. People often confuse Presque Isle with the same name Pennsylvania State Park, but both are different and have their own identities. Maine’s Presque Isle was extremely popular for its agricultural activities during the last three decades of the 19th century. Throughout North America, it was popular for the greatest production of potatoes. Though gradually, Presque Isle during 20th and 21st centuries transformed into a commercial hub and one popular city in Maine. It isn’t very grand on tourism but good enough for a fruitful holiday or day trip.

The city of Presque Isle is home to the University of Maine and Husson University and has an international airport as well. Throughout the year, this cute little city remains full of students, tourists, and residents arriving from different parts of the state and the world. Summers in Presque Isle are warm and humid, whereas winters are cold and snowy. Though no matter what time of the year it is, Presque Isle has something exciting to do for all.

7 Most Popular Things To Do In Presque Isle, ME

Here are ideas for some of the Best Things To Do On the Presque Isle. Have a look:

An ideal starting point to discover Presque Isle and Maine’s Northern Woods, the Aroostook State Park is where your trip should begin. Encompassing 898 acres, this public recreation area is just off U.S. Route 1 on Presque Isle’s southern side. People often confuse it with Aroostook National Wildlife Refuge; however, that’s 30 miles north of the city. The State Park is a wildlife-rich region, and animals, including foxes, squirrels, moose, black bears, and chipmunks, often frequent here. It is also a bird-rich area, and one can witness the presence of hawks, owls, and woodpeckers quite often. Aroostook State Park is common amongst locals and tourists for recreational opportunities like fishing, swimming, kayaking, hiking, and camping. Campgrounds here are clean and well maintained, always available for a good time in nature. During winters, the park also operates activities like skiing or snowshoeing, opportunities for great fun.

DID YOU KNOW: Aroostook State Park is one of the few parks in the way of the 2024 solar eclipse, with 3 minutes and 1 second of totality.

Double Eagle Balloon Site II is where you can revisit Aviation history. It is basically a monument dedicated to the first piloted hot-air balloon that completed the Trans-Atlantic crossing. It was definitely an aviation milestone in history that will be celebrated even in the future. The Double Eagle Balloon Park is exactly the place where once pilots Larry Newman, Maxie Anderson, and Ben Abruzzo launched their hot air balloon from. They further landed in Misery in France, but the Balloon Site became a popular one forever. The park, though, isn’t very huge, but it consists of a cute little monument that people often stop by to click pictures of. There are a few flagpoles, benches, and greenspaces as well. 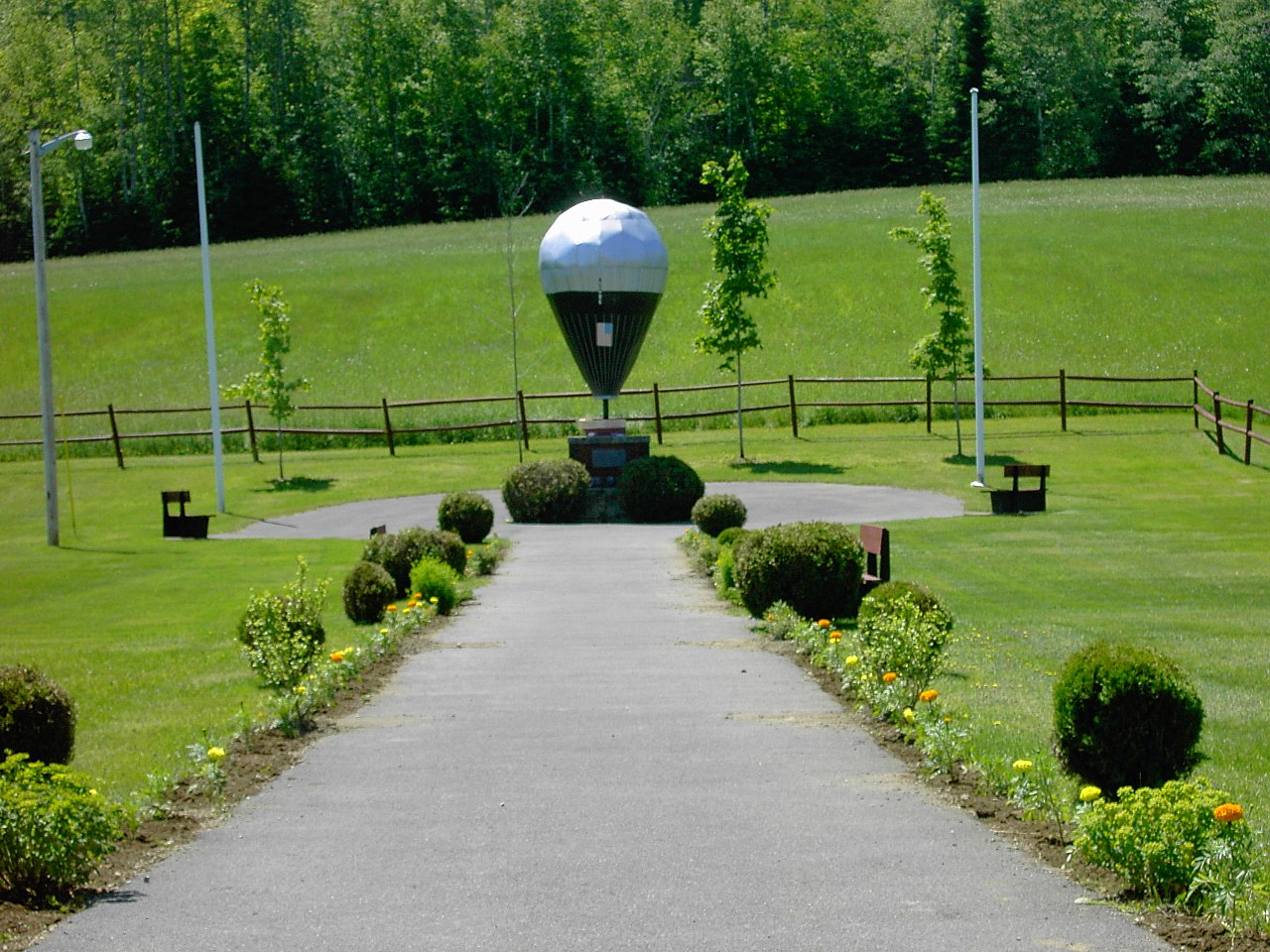 Located at 16 third street, the 1875 Vera Estey House Museum is one of the best places to visit in Presque Isle. This two-story Victorian-era home was an excellent example of how an upper-middle-class American family used to live. Back in the past, it was home to thousands of flowers grown for sale at the Boston Fresh Flower Market. Back in the Victorian era, there was a single woman who used to live here and grow flowers, but this sight wasn’t usual for many in those given times. The 1875 Vera Estey House today has become a popular public place for locals and tourists and is operated for tours. People can tour the house from the inside from April through September just for a minimal fee of $5. The tour, though, only operates on the third Saturday of the month or by appointment for groups of five or more. In addition, it also hosts Victorian Valentine at the Estey on February 14, along with Victorian Christmas during Mid of December.

Presque Isle Historical Society was founded back in 1963, and it still manages to be the most exciting place to visit in Presque Isle. The society thrives to preserve, present and promote local history through a wide variety of guided tours. Not only that, but it is also a ground for hosting publications, exhibitions, lectures, and other such exciting events. The Presque Isle Historical Society operates a range of tours, including a Vera Estey House Museum tour, a city center walking tour, a Historic Fairmount Cemetery walking tour, Molly the Trolley around the city tours, a Historic Geo-Caching Tour, Narrated City-Wide Historic Tour, Haunted Tour, and the Mystery History Tour. Every single tour they operate is available at a very affordable price and is extremely fun and informative. 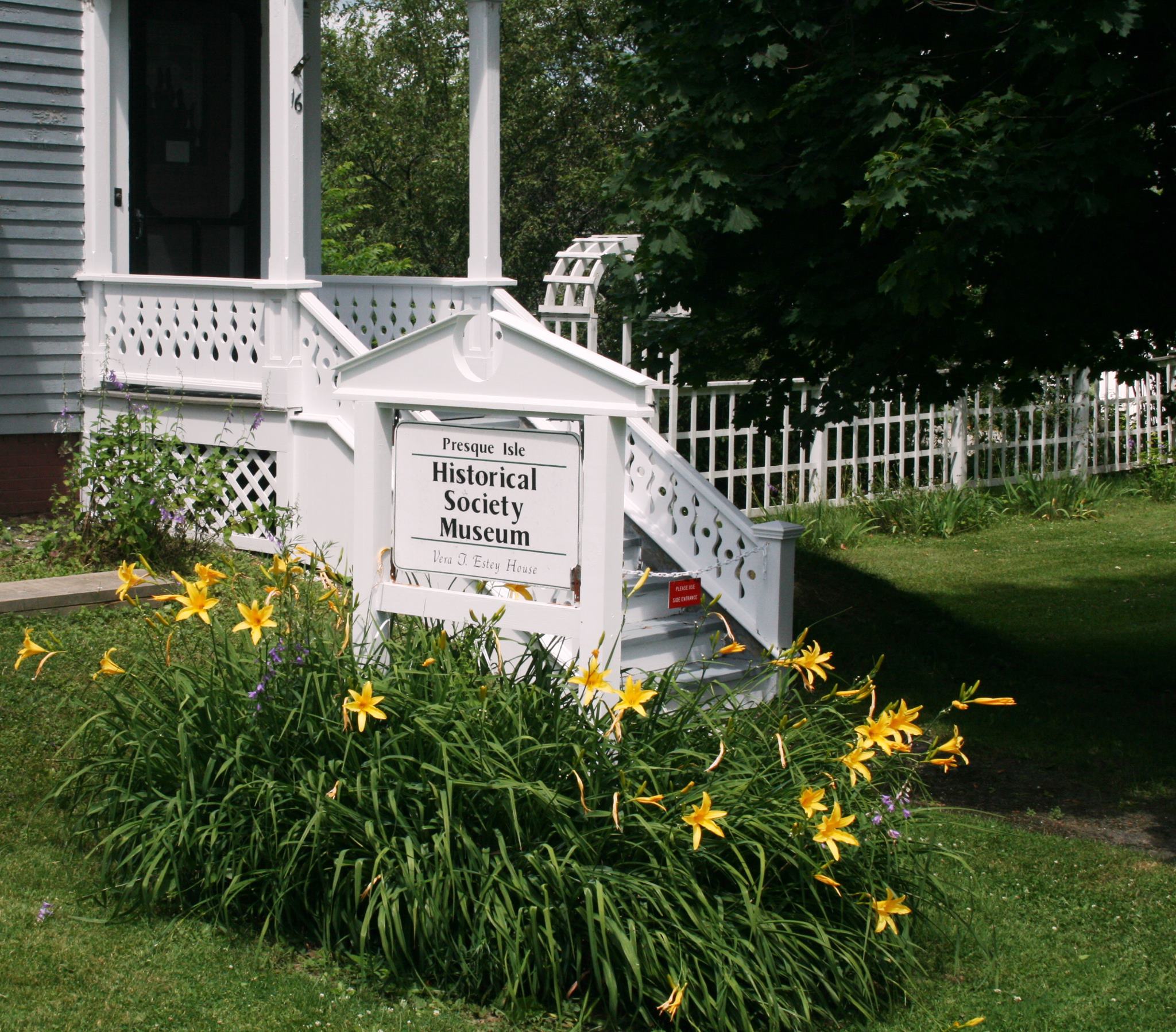 Northern Maine Museum of Science is a University of Maine museum located on the Presque Isle campus. This natural history museum was established in the early 1970s with generous donations of extensive collections of natural history artifacts. Gradually the collection grew, and that’s how the foundation of the Northern Maine Museum of Science became strong. A visit here allows individuals to admire the artwork of Leroy Norton, a naturalist who has been the heart and soul of the museum. His donation and the museum collection include local forestry examples like seashells, plants for the herbarium, and other specimens. Not just that, but the museum also features dinosaurs and a whale jawbone. All the topics that are exhibited here include physical science, astronomy, chemistry, biology, mathematics, geology, forestry, and agriculture. 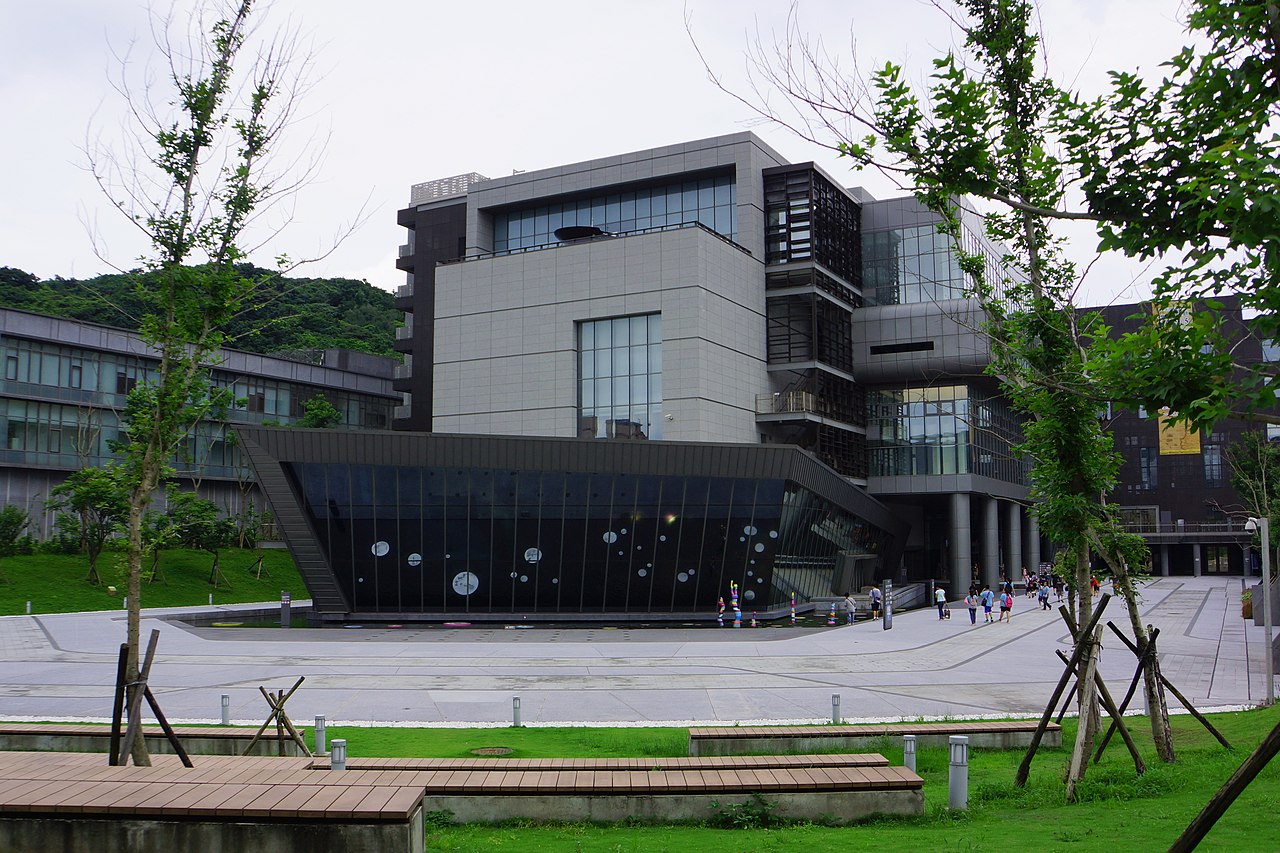 Mai Tai Lounge is a Chinese restaurant in Presque Isle, Maine. It is a popular dining location for both locals and tourists. The place isn’t very fancy, but the Chinese cuisine here is authentic and definitely excellent. The restaurant even excels in its drink menu, and everything visitors sip down feels like made-in home. Mai Tai Lounge has a great selection of Asian dishes and plenty of tropical cocktails. The menu here has so many entries that being a western; you must not have even tried or heard about them before. Mai Tai Lounge has been operating for more than 30 years now, and its regular customer base swears by it. Not only the food but the service and hospitality at Mai Tai Lounge are excellent as well. However, do not expect it to be a fine dining place since it is better off as a local eatery or like a hole-in-the-wall kind of place. 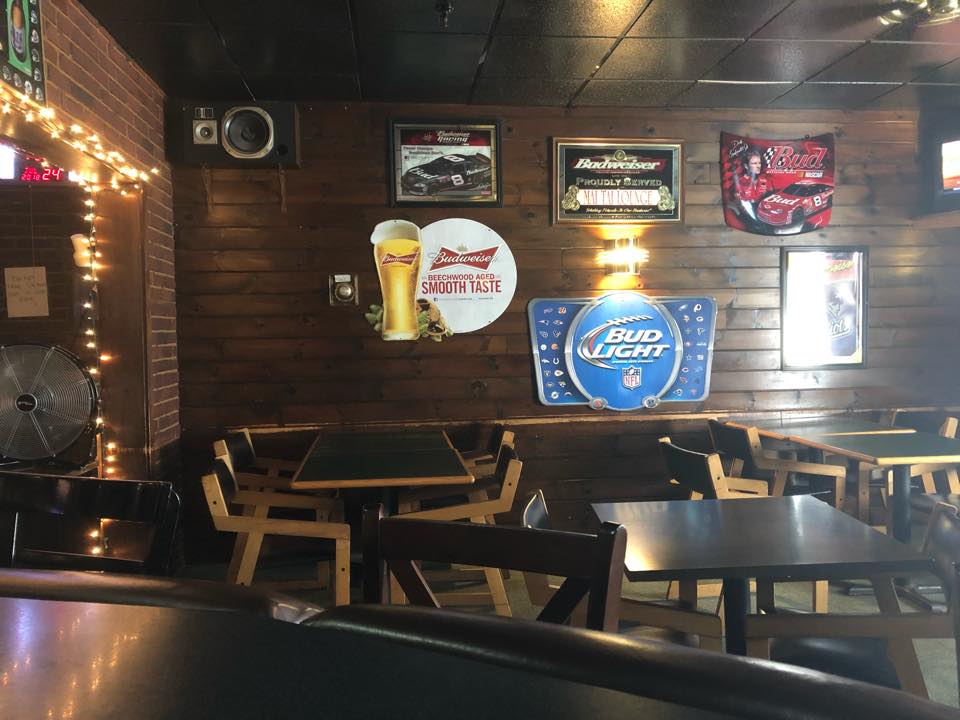 Nordic Heritage Center is an outdoor recreational facility in Presque Isle and a jewel in the crown of Maine. A place of incomparable beauty, this outdoor center is the state’s one of best-kept secrets, but if you know about it, do consider paying a visit. The Nordic Heritage Center is a recreational ground for top-notch activities, including geocaching, hiking, birdwatching, snowshoeing, and skiing. The facility also provides free ski lessons every Saturday to both kids and adults. For skiing, visitors can enjoy an extensive ski trail network with eight primary trails and/or loops. The facility includes a world-class cross-country ski and biathlon venue, along with some strong opportunities for Mountain Biking. Nordic Heritage Center is also home to the three-day-long Nordic Trail Festival. The festival is all about cycling, running, delicious food, and great music. 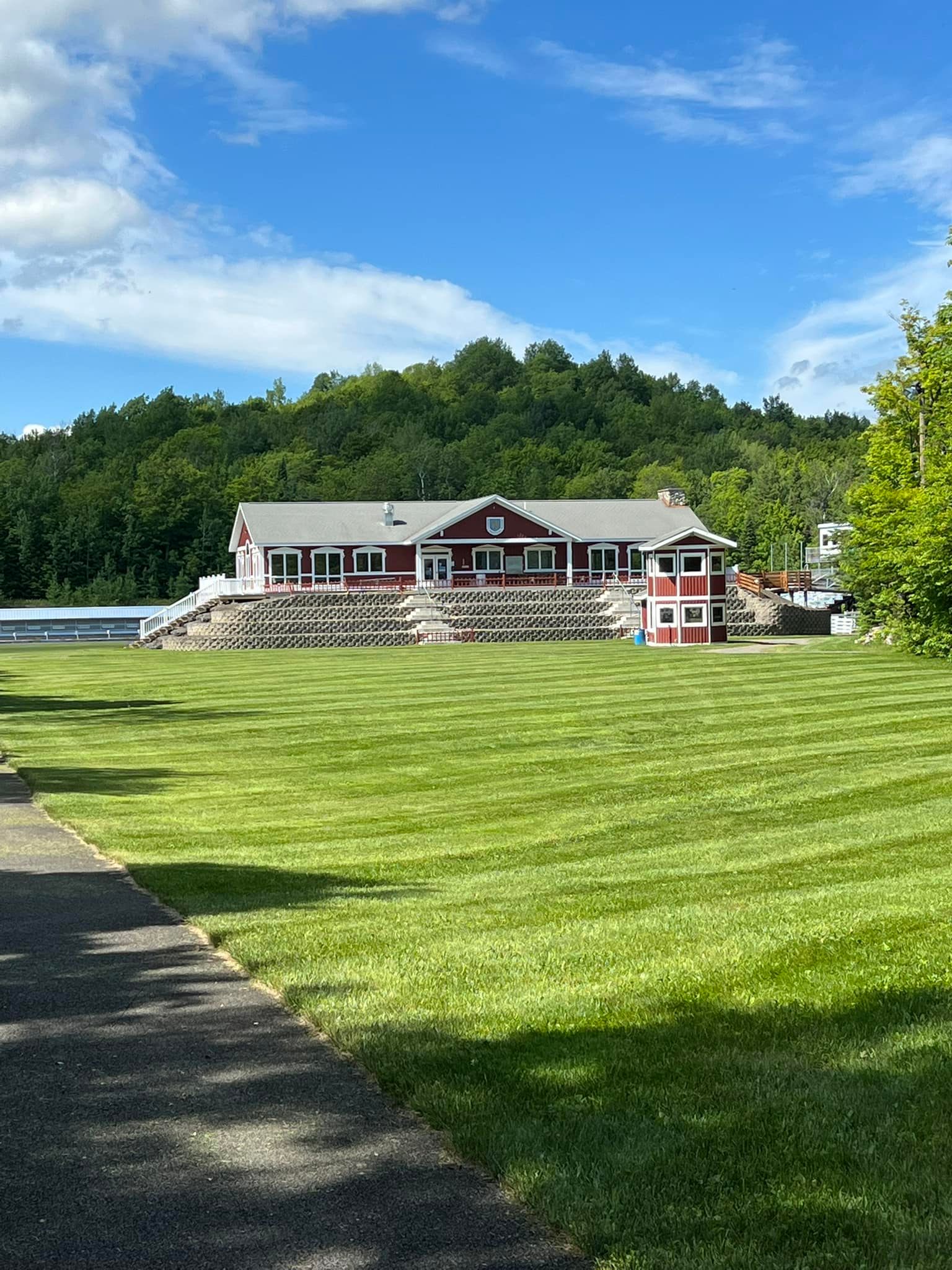 NOTE: For added skiing fun, Quoggy Jo Ski Center is another destination to stop at Presque Isle. This historic Ski area dates back its roots to the 1930s and hasn’t stopped since then. The center offers excellent skiing opportunities and also features a rental station and a full-service snack bar.

NOTE: Most of the restaurants in Presque Isle operate seasonally; therefore, before you visit one, check about its operating season first. 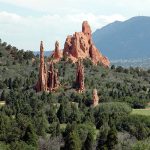 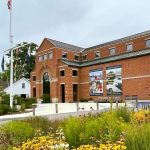 8 Amazing Places To Visit in Historic City of Bath, Maine (2023) Next