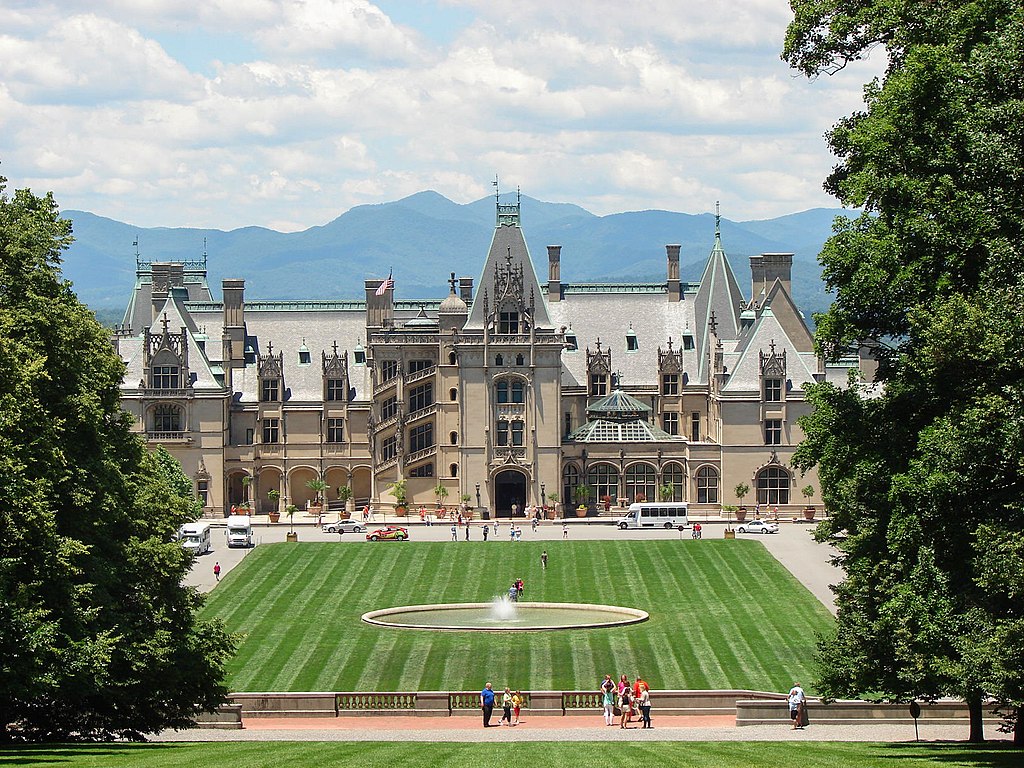 What’s there to see in North Carolina? A very under-rated U.S. State, North Carolina is bordered by Virginia to the north, Georgia and South Carolina to the South, Tennessee to the west, and the Atlantic Ocean to the east. Regarding travel and tourism, North Carolina is often overlooked; however, that’s not what the state deserves. Instead, this Southern U.S. State is full of rich history, museums, beaches, theme parks, outdoor activities, and seasonal fun. Though the fun and entertainment in North Carolina are less preached, that doesn’t lessen the fact that this state has so much to do.

North Carolina is incredible for every single season of the year. The Spring season calls hikers to explore the appealing trails and extraordinary nature. Summers make the beaches and islands full of crowds. The fall season lures individuals with spectacular colors along the Blue Ridge Parkway. In contrast, the winter season with snowfall brings the mountains alive for both beauty and adventure. And finally, for adding to the bonus, the year-round festivals and events keep the entertainment alive.

9 Popular Things To Do When In North Carolina

To help you get a better idea, here we have the list of 9 Popular things to do when in North Carolina. Have a look:

Hosting over 14.1 million visitors every year, the Great Smoky Mountains National Park is the most-visited tourist attraction in North Carolina. Encompassing a huge area of 522,419 acres, it is one of the largest protected natural areas in the United States. It is within proximity to several cities (Gatlinburg, Tennessee, and Cherokee, North Carolina, along U.S. Highway 441), which also allows individuals for easy access. The National Park is world-renowned for its mountains, forests, biodiversity, waterfalls, hiking trails, and variety of animal and plant life. The remains of the Southern Appalachian mountain, the presence of Cades Cove, and a section of the Appalachian Trail add more interest to the diversity of the park. Though it is a year-round attraction, the winter wildflower beauty at the Great Smoky Mountains is especially to be seen. Also a UNESCO World Heritage Site and an International Biosphere Reserve, the Great Smoky Mountains National Park holds an annual economy of $2.5 Billion (estimate) only from tourism.

2. Take A Tour Inside The North Carolina State Capitol

The North Carolina State Capitol has been an active capitol building since its first operations in June 1840. This State landmark formerly housed the state government until 1888. Today it is home to governor and staff offices and is popular for its historical and architectural significance amongst tourists. Built back in 1833, this National Historic Landmark flaunts a Greek revival style architecture that also adds to its stately appearance. From the outdoor, the capital building looks ravishing, especially with that status on the ground. Whereas from inside, there are statues and busts of U.S. Presidents, War heroes, and other National/ State notables. The building is open for self-guided tours from Monday through Saturday, except on State and National holidays.

The largest private home in the United States, the Biltmore Estate is a top-rated tourist attraction in North Carolina. The entire mansion contains over 11 million bricks, is spread over 8000 acres, and has everything extravagant. The Estate was built between 1889 to 1895 in the Gilded Age and is popular for its Châteauesque-style architecture. From the outside, the extravagance of architecture and attention to even the tiniest detailing spellbound the spectators. Whereas from the inside, it has more than 250 rooms spread over 4 floors, each of which is known for one or another interior masterpiece. Biltmore Estate is open for self-paced and guided tours. The former is audio-generated tours where individuals while walking through the doors, can introduce themselves to a vast spread of history. Throughout the Estate are various exhibits showcasing the family’s wealth and décor of the bygone era.

Once done with the mansion, take a walk through the gardens, which also lead to a forest backside. For added fun, visit a restraint or winery nearby.

4. Drive Through the Blue Ridge Parkway

No other road in the entire South can compete with the glory and extravagance of the Blue Ridge Parkway. Also known as “America’s Favourite Drive,” the Blue Ridge Parkway covers 469-mile through 29 Virginia and North Carolina counties. The route links Shenandoah National Park to Great Smoky Mountains National Park and is notedly the longest linear park in America. For Americans who love cars, bikes, and cycles, the Blue Ridge Parkway is a dream driving destination with truly endless scenery. As you keep on driving on this route, what unfolds are the breathtaking scenic landscapes, astounding waterfalls, various colors of nature during different seasons, mountain crests, and multiple examples of early American settlements. The entire route is clean, well-maintained, smooth, and a delight to drive. The route also features several picnic areas and campsites for a quick stop or an overnight stay.

5. Watch Animals Up Close and Personal at the North Carolina Zoo

The world’s largest habitat Zoo, the North Carolina Zoo in Asheboro, is an American tourist attraction you simply cannot miss. The zoo is home to over 250 species, 1800 animals, and more than 52,000 Native plus Exotic plants. Most of the animal species here represent African and North American fauna, including elephants, rhinos, ostriches, lions, bobcats, red wolves, bison, elk, and more. The entire zoo is divided into different habitats, including mountains, deserts, grasslands, swamps, and forests. These are exhibited where animals can happily live in their natural habitat without feeling confined in captivity.

For exploring the zoo, multiple natural trails meander through the forest, giving it more of a National Park feel. Kids can enjoy the Endangered Species Carousel ride, get adventures at the Air Hike Ropes Course, or burn their energy at the 5,625-square-foot Garden Friends Playground. No matter whether you are an animal enthusiast or not, the North Carolina Zoo is a must-visit for all.

6. Enjoy a Day at the American Tobacco Historic District

Located in the Durham County, North Carolina, the American Tobacco Historic District is another fascinating landmark. The district preserves 14 contributing buildings and three contributing structures built and operated from 1874 to the 1950s by the American Tobacco Company. All of the structures are extremely notable and therefore listed on the National Register of Historic Places. Though a visit to the historic district today will unfold a different scene. Presently, it is turned down into a premiere downtown entertainment and retail district that invites both locals and tourists. The old architectural structures are now modern shopping, dining, and entertainment venues. The district today is a fun place to walk around, enjoy the vibe, dive into live entertainment and have the time of life. With the interesting and creative reuse of a former industrial site, the American Tobacco Historic District is a must-visit in North Carolina.

7. Hike All The Way To The Summit Of Grandfather Mountain

Grandfather Mountain is a unique tourist attraction and a State Park located in North Carolina. The Grandfather Mountain immerges at 5,946 feet, and with that is the highest peak on the eastern escarpment of the Blue Ridge Mountains. Its summit provides incredible views of the landscape around. The most popular activity here is undoubtedly hiking, and there are multiple easy adventure trails nearby. Hiking here, you will come across a range of native wildlife, including bears, elk, cougars, and eagles.

No matter which trail you take, each of them will guide you toward the famous Mile High Swinging Bridge. The bridge is right adjacent to Grandfather peak, a highlight attraction that has been entertaining guests since 1952.

Nearby the mountain is another popular tourist attraction named the Grandfather Mountain Nature Museum. It is home to displays about the area’s early explorers, North Carolina’s native birds, and local minerals and gems.

8. Plan a Road Trip at the Cherohala Skyway

Cherohala Skyway offers some of the world’s best scenery while driving in North Carolina. It is a 43-mile National Scenic Byway that passes through the Cherokee and Nantahala national forests. The Skyway makes its way through 5,400-foot mountains, climbing to Santeetlah, which is its highest elevation. Without stopping at any point in between, a drive through Cherohala Skyway takes less than 2 hours to complete. However, since the route has over 15 scenic overlooks and picnic areas, the total time would effortlessly extend. Some of the popular stops in between include Indian Boundary Recreation Area (for a picnic), Unicoi Crest, Lake View Overlook, and Falls Branch Falls Trail (for astounding views). The Skyway ends its 42nd mile at Cherohala Skyway Visitor Center and Charles Hall Museum. It is also popular for its feature as Top 10 Motorcycle Ride in North America on Discovery.

9. Do Not Miss Visiting the Wright Brothers National Memorial

Located in the Kill Devil Hills, the Wright Brothers National Memorial is a popular tourist attraction in North Carolina. Even though the Wright brothers originally belonged to Ohio, they commensurate the first successful, sustained, powered flights in a heavier-than-air machine here in North Carolina. Back in the time, they valued the privacy of this location; however, today, after many years, it has turned out into a popular tourist attraction. Today it boasts several features, including a Visitor’s Centre, a Memorial Tower, the Field and Hanger, and more. Walking inside the visitor’s center, individuals will come across a replica aircraft along with details about various flight experiments and tools. Every year over a half-million visitors explore Wright Brothers National Memorial. A true American can’t miss the privilege of being here and learning about the achievements. 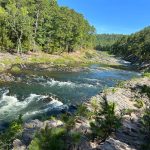 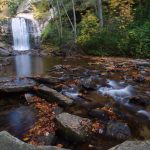 9 Most Amazing Waterfalls in North Carolina (2022) Next 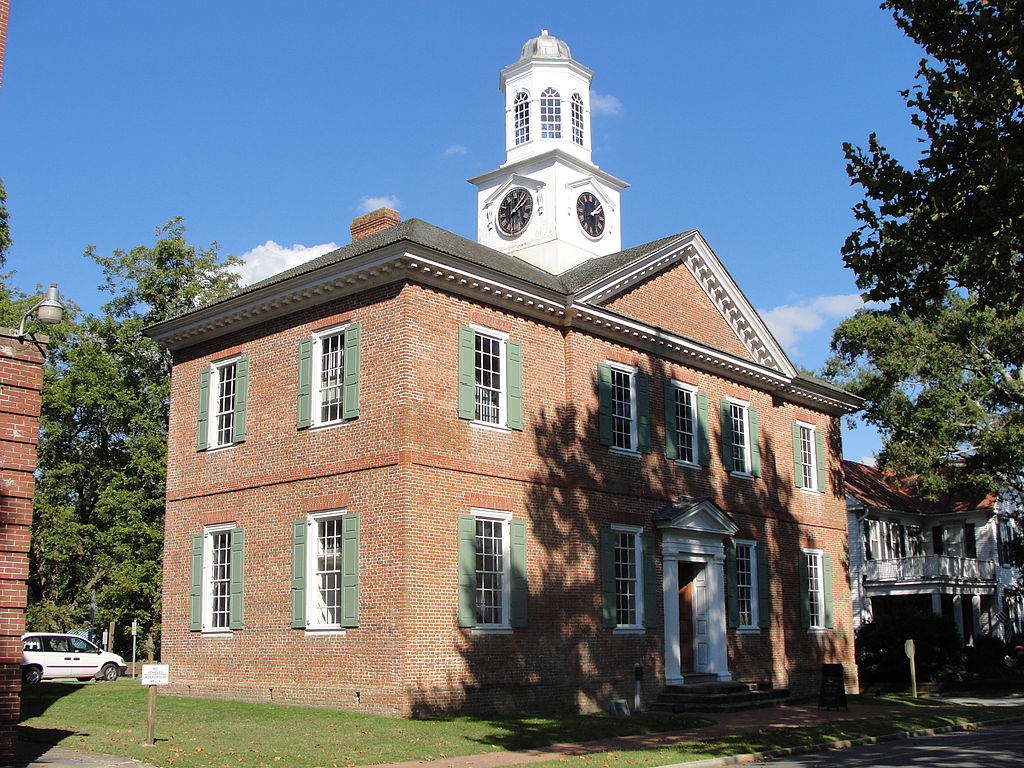 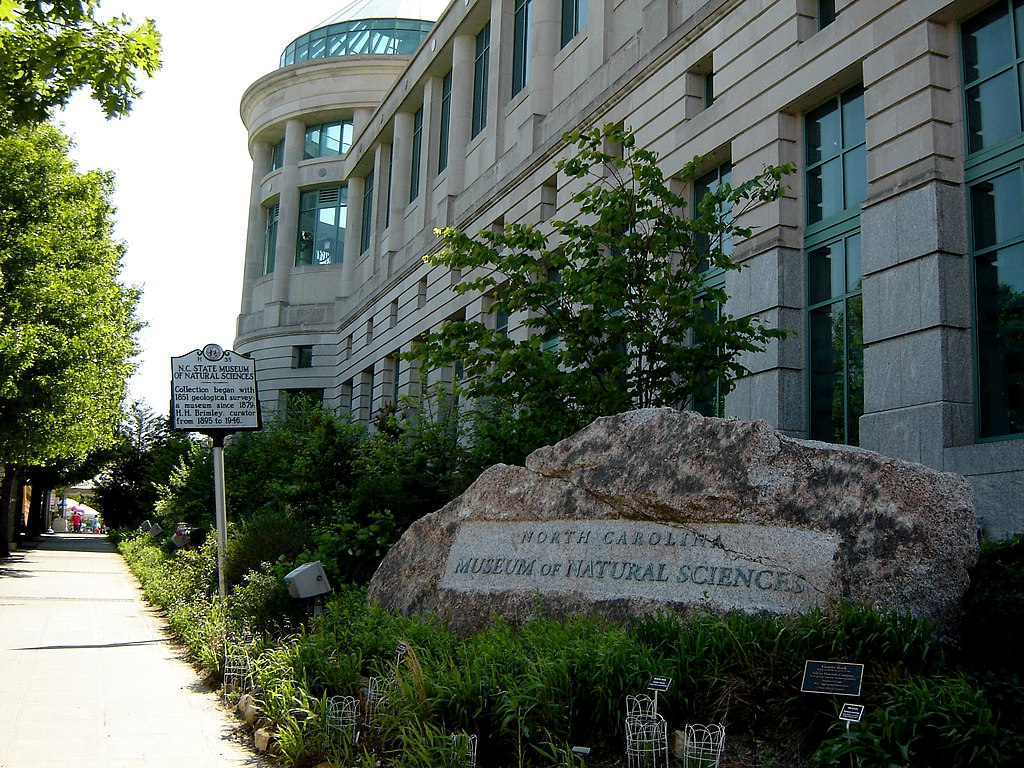 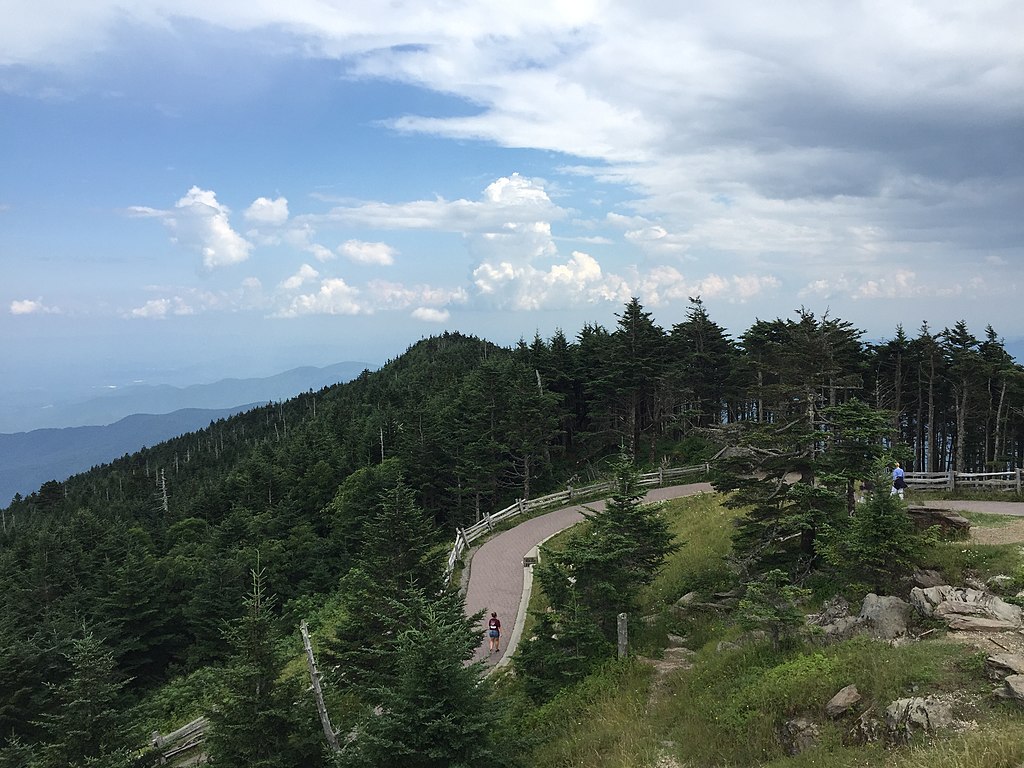