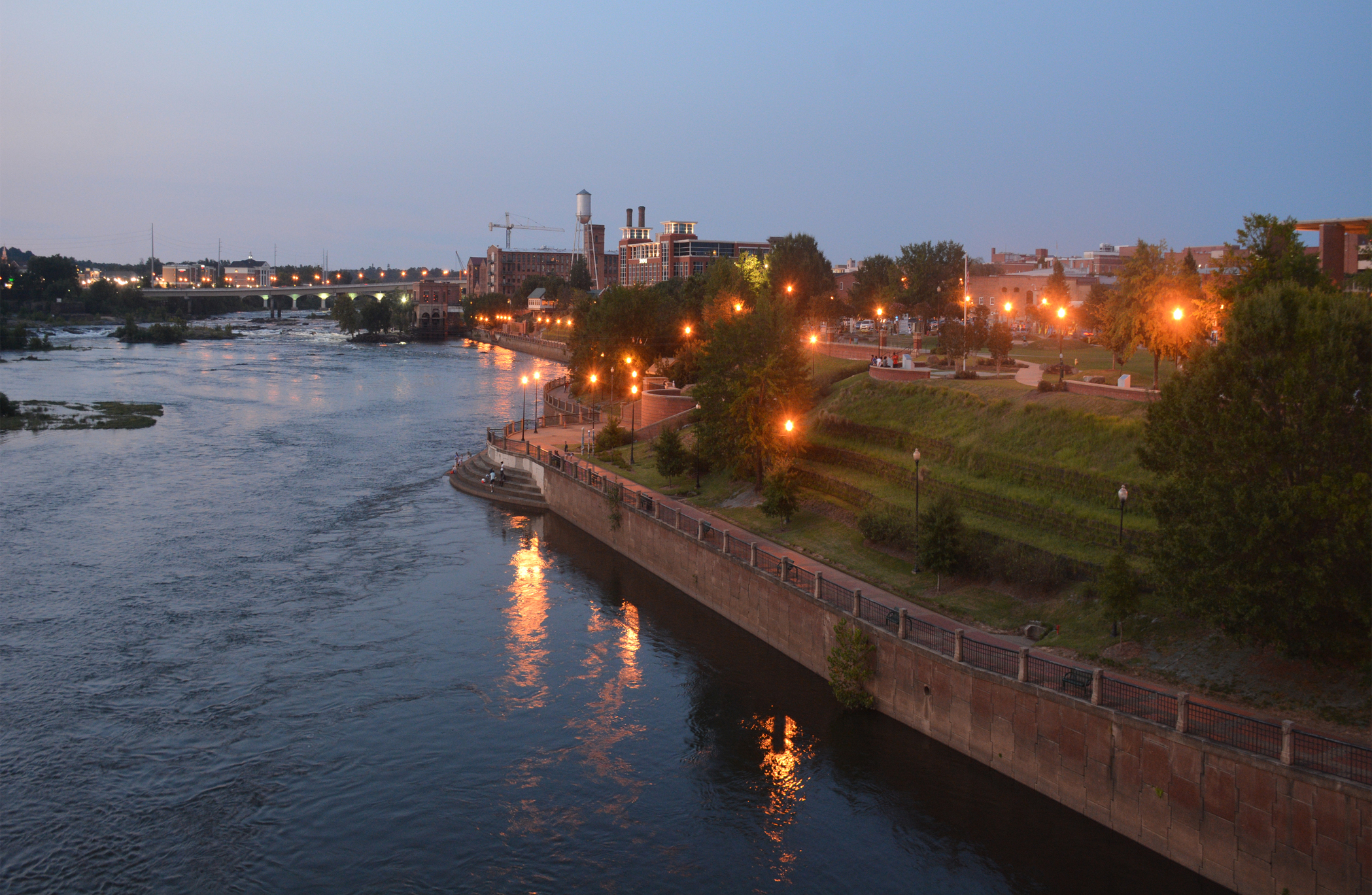 8 Most Popular Places to Visit in Columbus, Georgia (2022)

When it comes to tourism, Columbus has a lot going on; however, this Georgian city is often overlooked. Columbus is a beautiful Georgian city on the Chattahoochee River. It was originally built on the back of its industrial heritage during the early 1800s. Though slowly, it started evolving into a charming metropolitan and vibrant hub that is full of entertainment. Columbus is known for its rich cultural and historical significance, beautiful riverfront, small-town feel, and great Southern hospitality.

A visit to Columbus provides plenty of entertainment in its own right. Travelers seeking both indoor and outdoor glory can find multiple engaging options right within the city limit. Being home to the longest urban whitewater course in the world makes Columbus a mecca for adventure enthusiasts. Whether you want a weekend that passes in the solace of the Columbus Riverwalk, or you crave mental and physical fun, Columbus has everything to plate. Exciting enough? If yes, then explore some of the best places and activities to try when in Columbus, Georgia.

8 Most Popular Places to Visit in Columbus, Georgia

Also known as the Chattahoochee RiverWalk, the Columbus Riverwalk is where every local and tourist finds peace. Extending over 22 miles, it sits on the banks of the namesake river and has been entertaining individuals since 1992. Today, after three decades of successful operations, it undoubtedly is a part of every Columbus itinerary. Individuals enjoy walking, running, and cycling as they follow the peaceful Chattahoochee River. This picturesque landscape is at its best either during the early morning or evening hours. As the Riverwalk winds its way along the west side of town, it allows people to explore the vibrant and bustling downtown. From impeccable architectural landmarks to historic buildings, natural features, and an array of tourist attractions, Columbus Riverwalk is the focal point of a variety of fun and engagement.

Operating since 1962, the National Civil War Naval Museum is another popular place to visit in Columbus. The museum focuses on United States’ Military history and sheds light on the operations of the Confederate Navy during the American Civil War. Individuals can reach the museum directly from the Columbus Riverwalk near the city center. The highlight of the museum is the two impressively preserved Confederate States Navy vessels, “Muscogee and Chattahoochee.” The former is 180-foot-long and is quite a delight to observe. Another exciting feature is the CSS Jackson, the largest Confederate warship that is still surviving strongly. Other popular things in the museum’s collection include Civil war artifacts, flags, and uniforms. The museum offers a variety of guided tours and also sponsors fun events for utmost visitor engagement.

Another landmark for museum enthusiasts, the National Infantry Museum and Soldier Center, is at the southern end of the Riverwalk, just outside of Fort Benning. This free-to-visit facility host hundreds of thousands of guests annually simply for the chronicle of the U.S. Army infantry. The museum is home to the largest collections of military art and artifacts in America. The collection here is majorly from the American Revolution right up to Afghanistan. Encompassing 190,000-square-foot, it contains galleries, exhibits, and displays that cover the Vietnam War, World War II, the foundation of the U.S. Army, Modern warfare, the Cold War, and much more. Individuals can either go for guided tours or self-paced tours, and it would easily engage an hour or so. The museum premises also include a restaurant and a gift shop.

The Coca-Cola Space Science Center is one top-rated tourist attractions in Columbus and an ideal spot for families and kids. Just steps away from the Columbus Riverwalk area, the facility focuses primarily on space and astronomy with NASA artifacts and equipment. Owned and Operated by Coca-Cola Space Science Centre, it is a hub for STEM education and offers educational programs, interactive exhibits, film screenings, and other hands-on experiences. For its little visitors, the Science Centre boasts a Challenger Learning Center. It is where kids can practice their science, math, and technology or complete fun mission like traveling to Mars, the moon, or a comet. The facility also allows individuals to observe the night’s sky through telescopes which is quite a fun experience. It also features facilities like a state-of-the-art theater and numerous others.

The second largest museum in the Southeast United States, Columbus Museum, is a history and art facility that focuses primarily on the Chattahoochee River Valley. Operating since 1953, the museum hosts a diverse collection of an array of artifacts, exhibits, and artworks. The facility occupies a massive and majestic Mediterranean Revival mansion and is a great tourist hotspot to connect with family, friends, and colleagues. The collection consists of nearly 140,000 artifacts of historical significance, including decorative art, period clothing, furniture, weapons, American art, photographs, and sculptures. Besides the permanent exhibits, Columbus Museum also hosts regular rotating exhibits. For utmost user engagement, it also hosts an array of educational programs and workshops focusing on all age groups. When done touring the museum, spend some time at its gift shop or explore the Bradley Olmsted Garden nearby.

The city of Columbus is blessed with immense natural features, and the Columbus Botanical Garden is one fine example of the same. Nearly 15 minutes from downtown Columbus, the garden encompasses 36 acres featuring a colorful collection of plants, flowers, trees, and shrubs. Individuals from across Georgia visit this place to discover the beauty of mother earth in the form of pristine wild spaces and dozens of scenic sections. The garden is home to an easy-to-follow trail network that meanders its way through a 19th-century historic farmhouse and multiple sectioned gardens. The best time to visit Columbus Botanical Garden is during Spring and Summer since it is when much of the flora here blossoms and blooms. However, case you are here from January to March, you will get to observe the splendid bright pink camellia plants, which are undoubtedly a delight.

TIP: Do take your camera along while exploring the Columbus Botanical Garden since photographing opportunities here are insanely endless.

Market Days is a local market in Columbus that runs Saturdays from 9 am until noon. It is a farmer’s market where one can shop for a wide array of cheap goods and terrific finds. Market Days features over 200 vendors from Columbus and its neighborhood. Individuals can shop for a variety of things, including organic produce, jewelry, home items, local handicrafts, fresh vegetable, fruits, flowers, and more. The entire market has several samplings, bargain prices, and creative items for sale. Individuals who are residents or even visitors can make a great time exploring the Market Days on a fine Saturday morning. Once done with shopping, there are several local eateries and restaurants to check nearby.

The city of Columbus is popular for housing the longest urban whitewater course in the world, thanks to the fast-flowing Chattahoochee River. Adventure enthusiasts from far across the State and region visit here to experience the rapids and enjoy the classic water adventure. An urban white-rafting adventure with Whitewater Express offers fun for everyone from seasoned rafters as well as newbies. Individuals with no experience can try the Classic trip that goes through gentle rapids and less adventure.

Whereas the ones who already know the craft of rafting can try the Challenge trip that includes aggressive surfing and the infamous Cutbait rapid. Or, for a more extreme and adrenaline-rushing experience, choose the Carnage Trip. Whitewater Express also offers other fun experiences in the name of zipping lining, paddle boarding, kayaking, fishing, bicycling, and more.

A unique and fun facility, the Lunch Box Museum is a must-visit in Columbus City. It is the largest and one-of-its-kind museum in the world, featuring a cute and quirky collection of over 5,000 colorful lunch boxes. The museum was established in 1990, and one of its initial collections was lunchboxes from the early 1950s right up to 1985, when a ban was imposed on metal lunchboxes. Later as the years passed, multiple other lunchboxes kept on added to the collection, increasing its glory and significance. Lunch Box Museum is just five minutes drive north of downtown and is an exciting place to check out. Visitors can even buy some of his duplicate lunch boxes while going back. 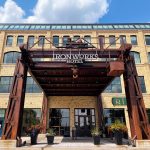 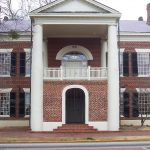 A Guide to Dahlonega: What To Do When In Dahlonega, Georgia (2022) Next