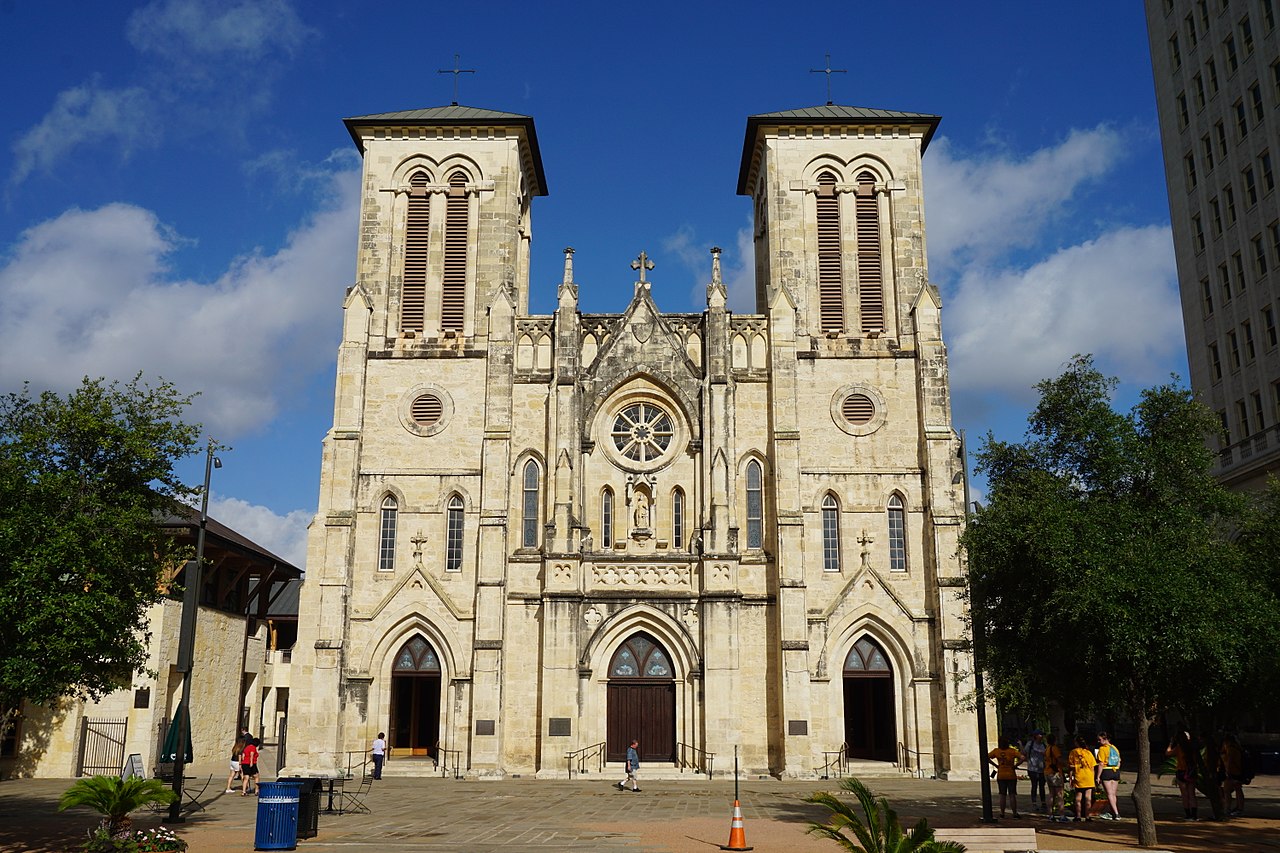 10 Historic Churches in San Antonio That Everyone Should Visit (2022)

10 Historic Churches in San Antonio That Everyone Should Visit

San Francisco is home to the famous de la Espada, which marks the eight-mile mission at the southern endpoint. The ideal way to see every San Antonio’s mission is taking your bikes to wander around those clean bike trails on the way. Mission Espada is also a UNESCO World Heritage Sites. Every mission is located in quiet and semi-rural neighborhoods. If you want to have a closer look at the initial settlements during the Spanish colonial days, take a hike and see the old Espada Acequia. Mission Espada’s architecture is based on a roman-style aqueduct which once also provided water to the mission. After reaching the site, you will see the ruins of these mission areas. 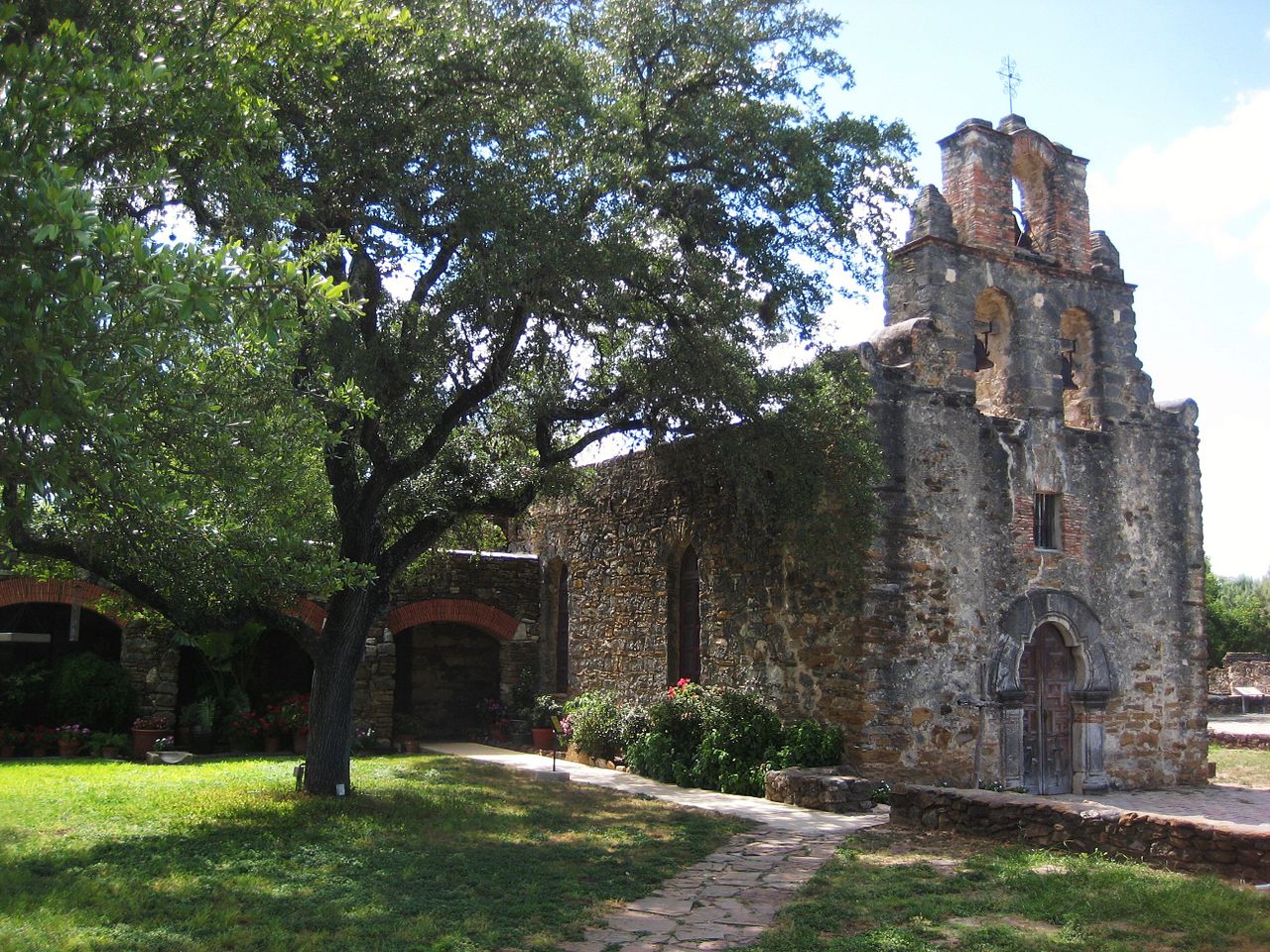 One of the oldest historic churches in San Antonio, San Jose, is the best opportunity for the visitors to see what a mission looked like in the past Spanish Colonial period. Almost all the defensive walls are now restored and intact. The site is also popularly referred to as the Queen of the Missions. The imposing chapel Building is the main focal point of the surrounding neighbor areas. A rose window on the southwest side is the most beloved side of San Antonio’s architectural ornaments. Mission San Jose is also the largest mission in San Antonio and is a famous place for weddings and quinceaneras. 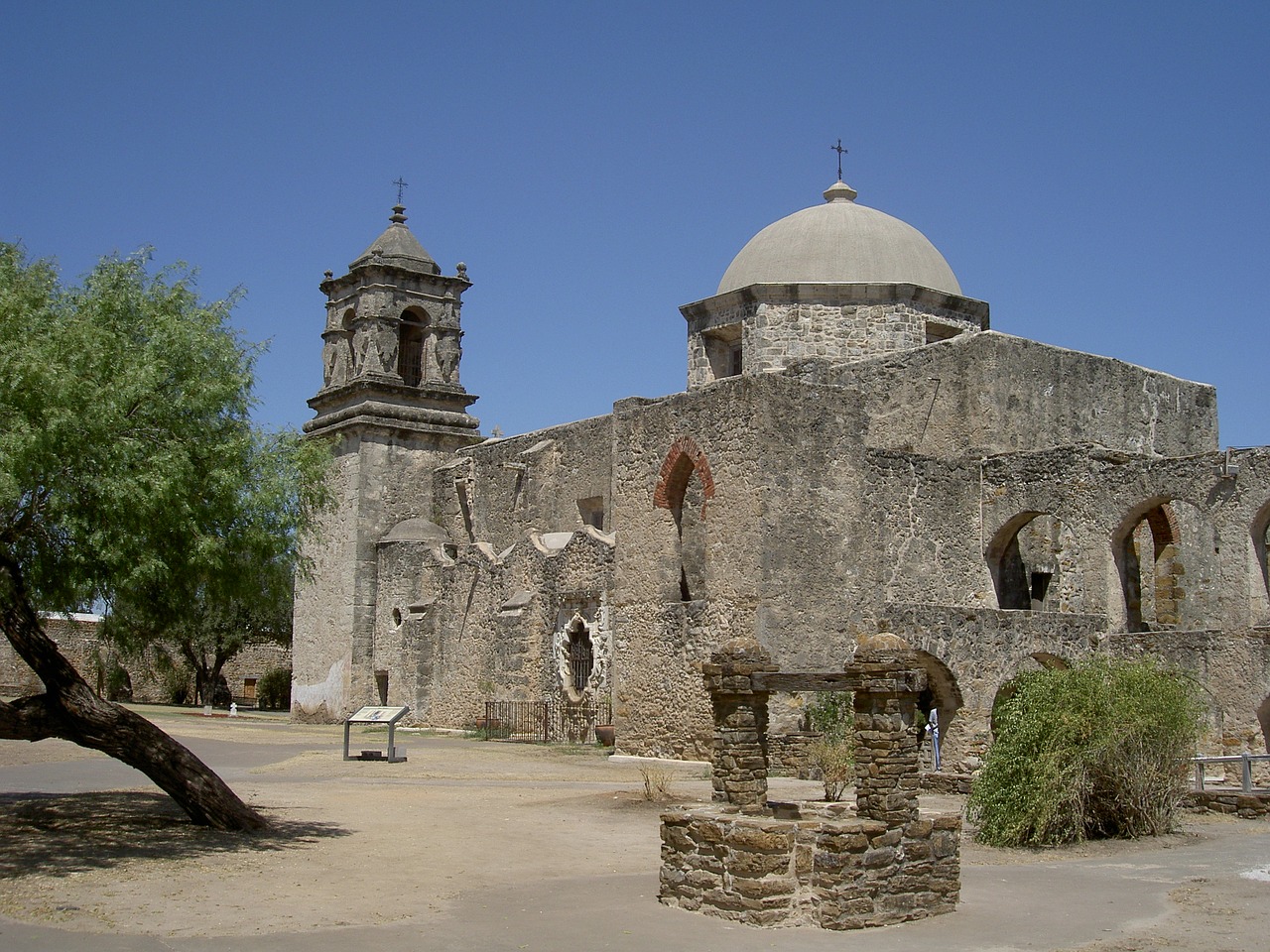 The Concepcion’s chapel is one of the oldest preserved San Antonio’s missions. And incidentally, it is also the sole mission chapel prevalent in that area apart from the one at Alamo, which is no longer considered a church, which features a traditional cruciform floor plan. The visitors will also notice that the Concepcion chapel’s restored floors serve as reminders that the exterior walls of the church were also painted with bright colors frescoes. Mission Concepcion is among the most visited historical churches in San Antonio. 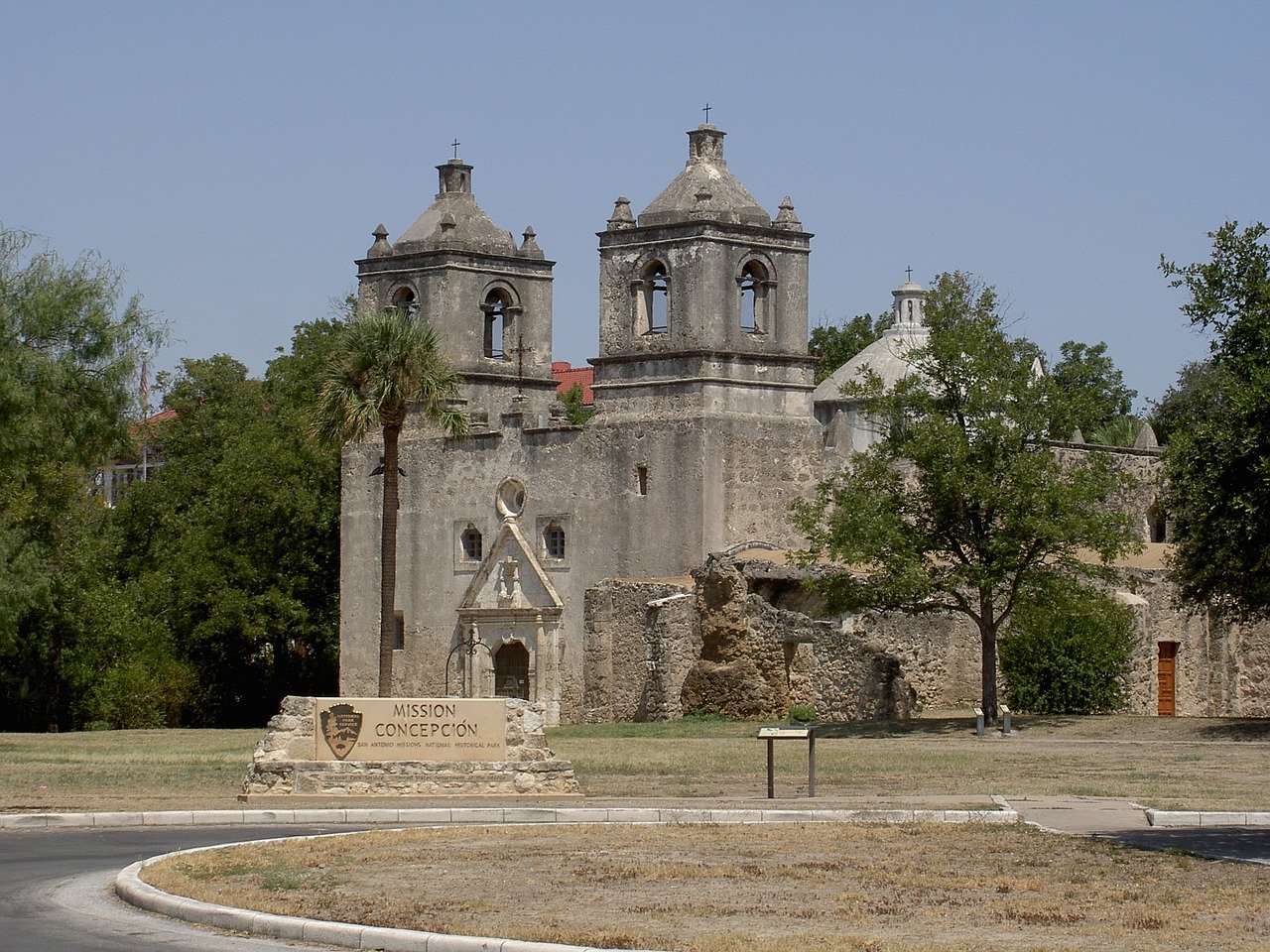 San Fernando Cathedral is the official center of San Antonio which was established in 1731 by the canary Islanders who were the first civilians of San Antonio colonists. The present limestone of the cathedral is a Gothic Edifice that dates back to 1868. It was designed by the San Antonio architect and mayor of that time Francois Giraud. The cathedral is home to remains of the Alamo defenders like James Bowie, William Tavis, and David Crockett. The cathedral currently stands at the central plaza, which often hosts different food trucks during lunch time. If you visit the site with family, then make sure to drop by on the mid-week days or during the weekends to view the very popular San Antonio: Saga Light show projected directly on the San Fernando Cathedral walls.

The historical Presbyterian Church was founded in 1846 by the priest John McCullough, the First Presbyterian and the oldest protestant of the congregation. The Gothic Revival sanctuary was built in 1910 and was designed to be acclaimed as a regional architect site. In the past, the cover was one of the church’s artistic and treasured features. The church also has a stained glass window that depicts Christ’s ascension to heaven, made by the famous Tiffany Studios in New York. Just above it, there is a brass Celtic cross from the isle of Lona and a nod according to the Presbyterian and Scottish heritage and tradition. 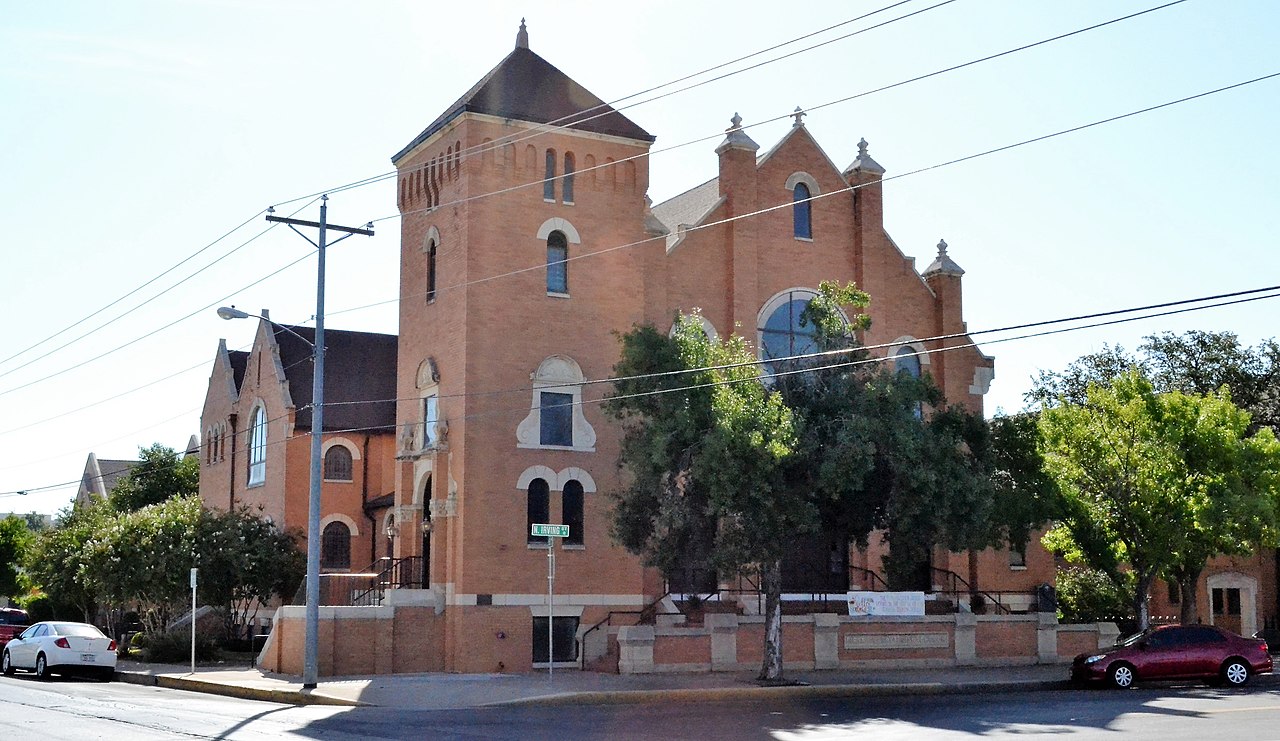 The Little Church at La Villita

San Antonio’s most historic neighborhood La Villita is famous for being a historical town with an assortment of shops, galleries, and restaurants. The little church, which is among the top historical churches in San Antonio, is located here. Though the church is small, there’s a unique simplicity in the environment around this church. The church is designed in Gothic Revival style, especially which is lit by the main stained glass window. The German Methodists built the church in the year 1979, and it was credited for craftsmanship. The church building has changed the hands numerous times and now belongs to the city of San Antonio. 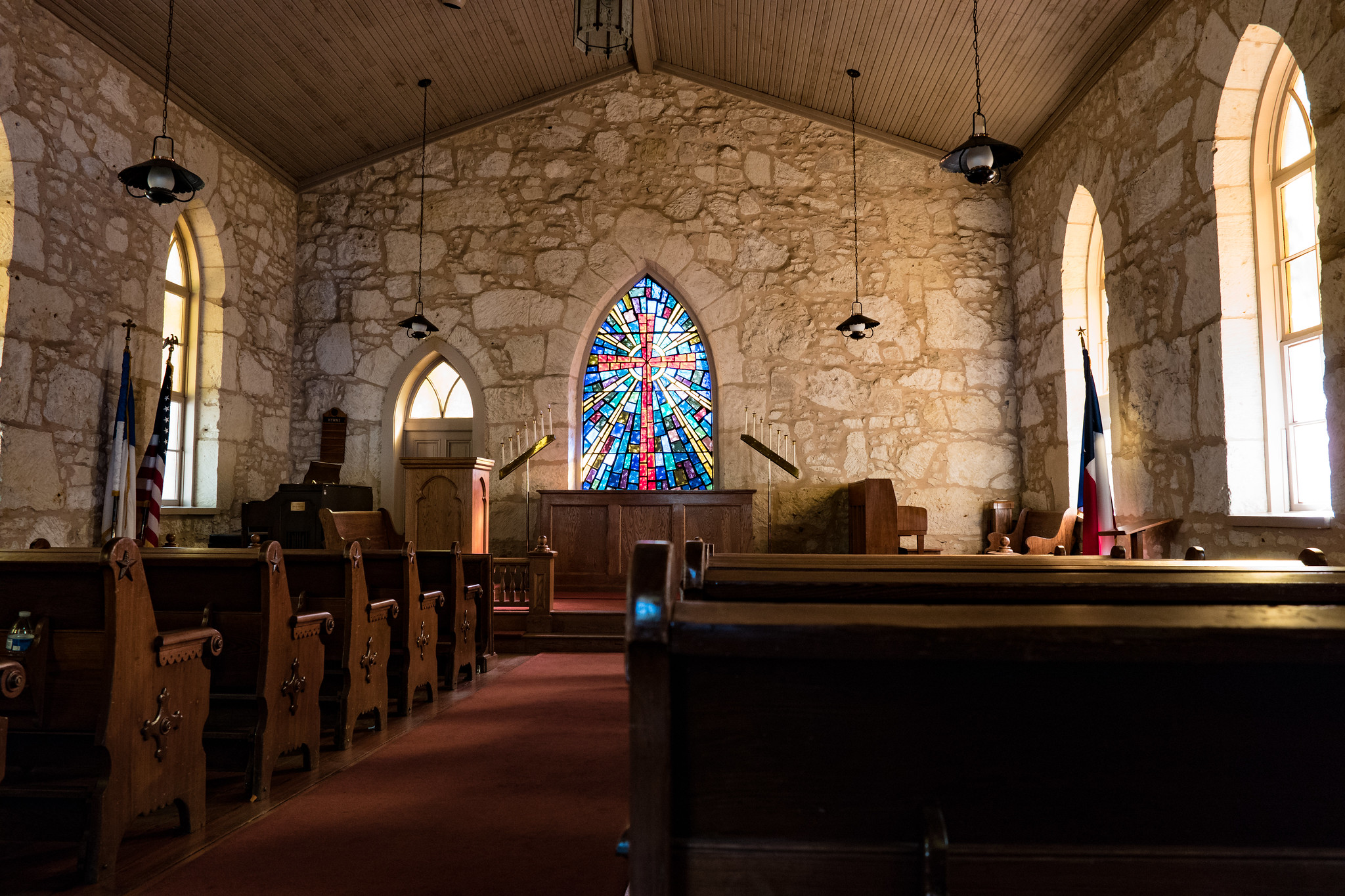 The St Joseph’s Catholic Church is surrounded by the walls of the Joske’s department store, which makes it a bit claustrophobic. St Joseph’s stands as one of the magnificent historic church buildings in San Antonio. The stone sanctuary of this church was built by the German speakers of San Antonio, who were once a minority group in the city. The Texa Dialect of German is still rapidly dying out, but the ones visiting the St. Joseph’s church at the right time can still hear the San Antonio’s men’s choir sing by a group of german mass. 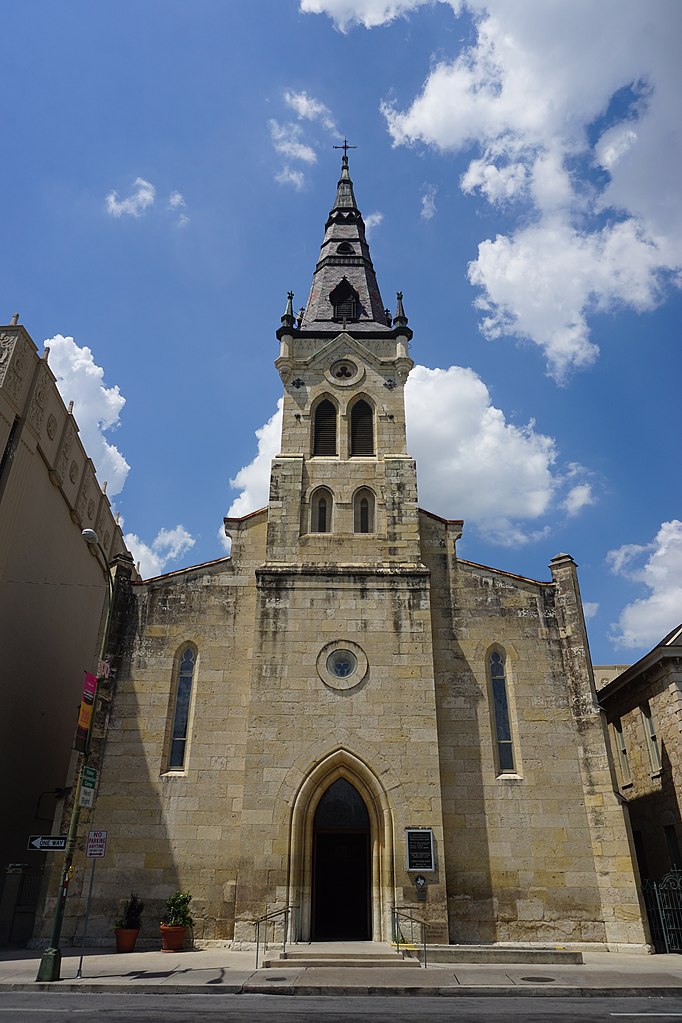 One of the oldest of San Antonio’s episcopal congregations is St. Mark’s Episcopal. This sanctuary was designed by an architect based out in New York named Richard Upjohn. He also helped in popularizing the architecture style of the Goth Revival in the United States. The building was begun in 1859 but got interrupted by the Civil war and was not completed until 1877. The local folklore also holds that the Union Troops garrisoned it after the war mistook one of the Spanish missions of San Antonio. If you are a history buff, then this place will surely interest you and will also let you know that lady bird Johnson and Lyndon even got married at this church in 1934. There are also many other folk tales associated with this church which are famous amongst the localities here. When you stop by at this church, make sure you interact with the stories related to the St. Mark’s Episcopal church. The San Juan Mission was founded in the year 1731. And it was named after an Italian priest San Juan Capistrano. He joined the Hungarian military commander Janos Hunyadi to defend off the Ottoman invasion in the year 1456. Just like the other sister missions of San Antonio, San Juan was also founded to convert and make it a home for the local Coahuiltecan people. Over the past few years, this mission came forward to serve diverse congregants surrounding the neighboring farmlands and other nearby communities. The visitors can walk around the mission or attend the mass gatherings by the community of Berg’s Mill area catholic immigrants. 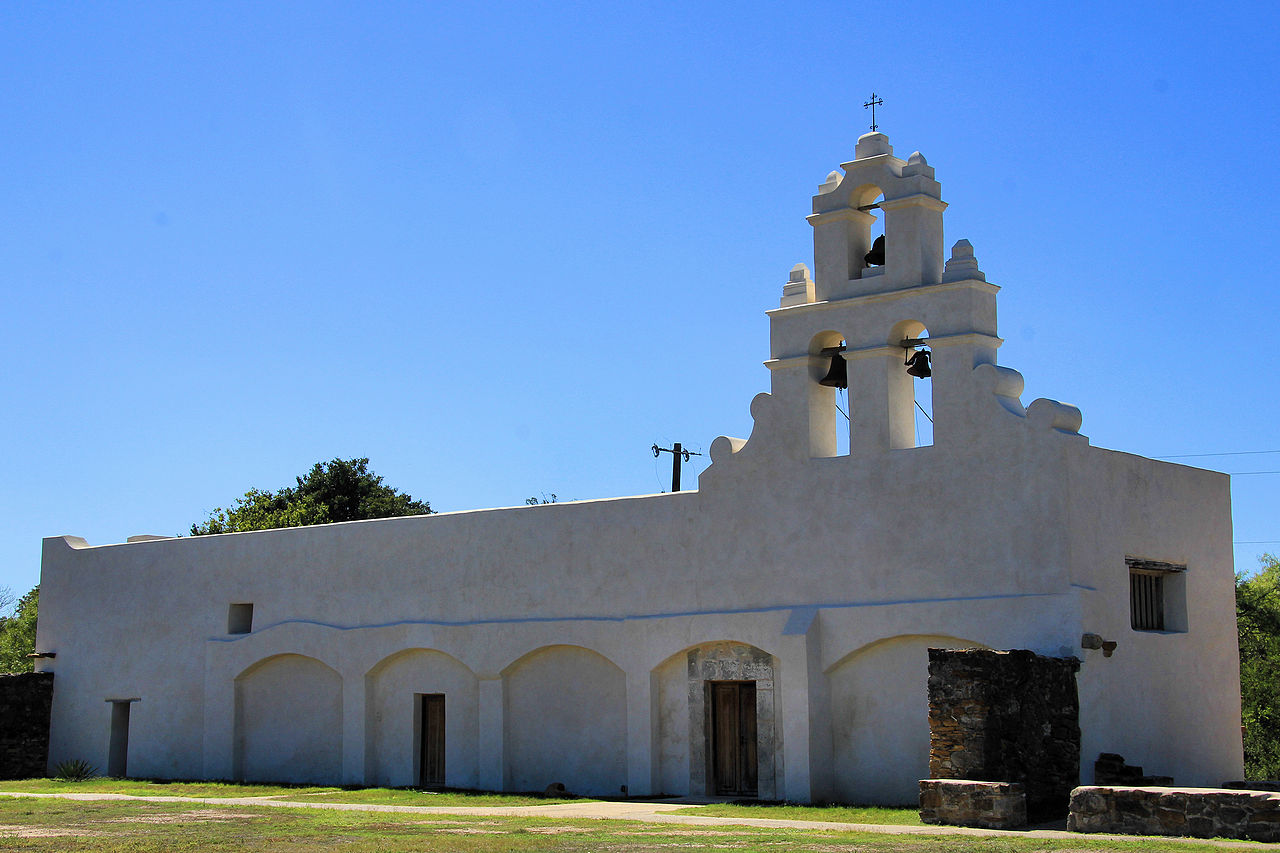 One of the most popular and impressive historic churches in San Antonio is the Little Flower Basilica. The church is home to a unique collection of artwork that also includes the replica of the painting of the Infant Jesus of Prague and also has hand-carved stations of the Jesus Christ cross and painting of the church’s namesake. The little flower on the church is painted by the saint’s own sister, and the impressive architecture of the building was designed by Charles L Monnot in the unique art style known as Beaux-Arts. The Little Flower Basilica is one of the most important religious sites for visitors. The church is also home to the relics of Zelie Martin and Louis, who were the parents of St. Therese, making it the one and only from the four Basilicas in Texas. 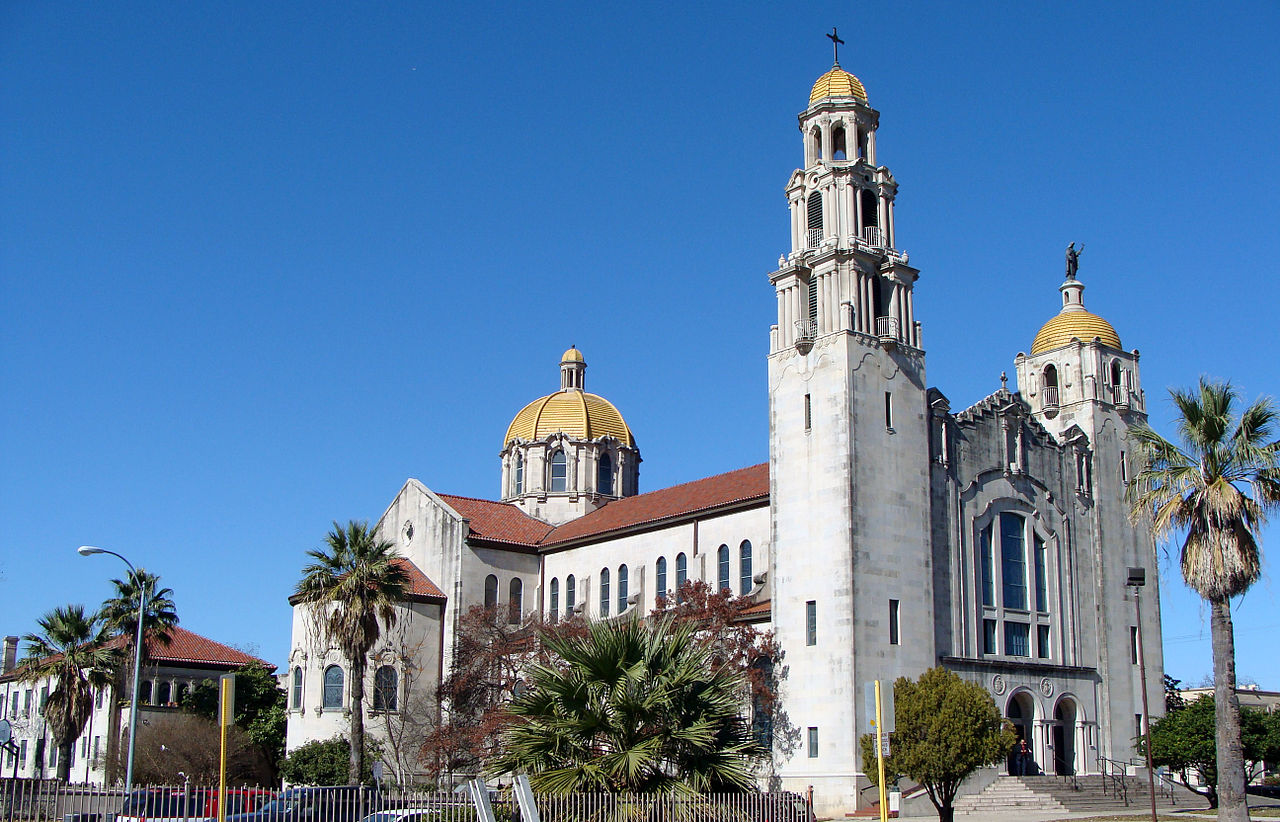 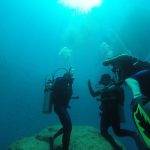 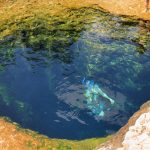 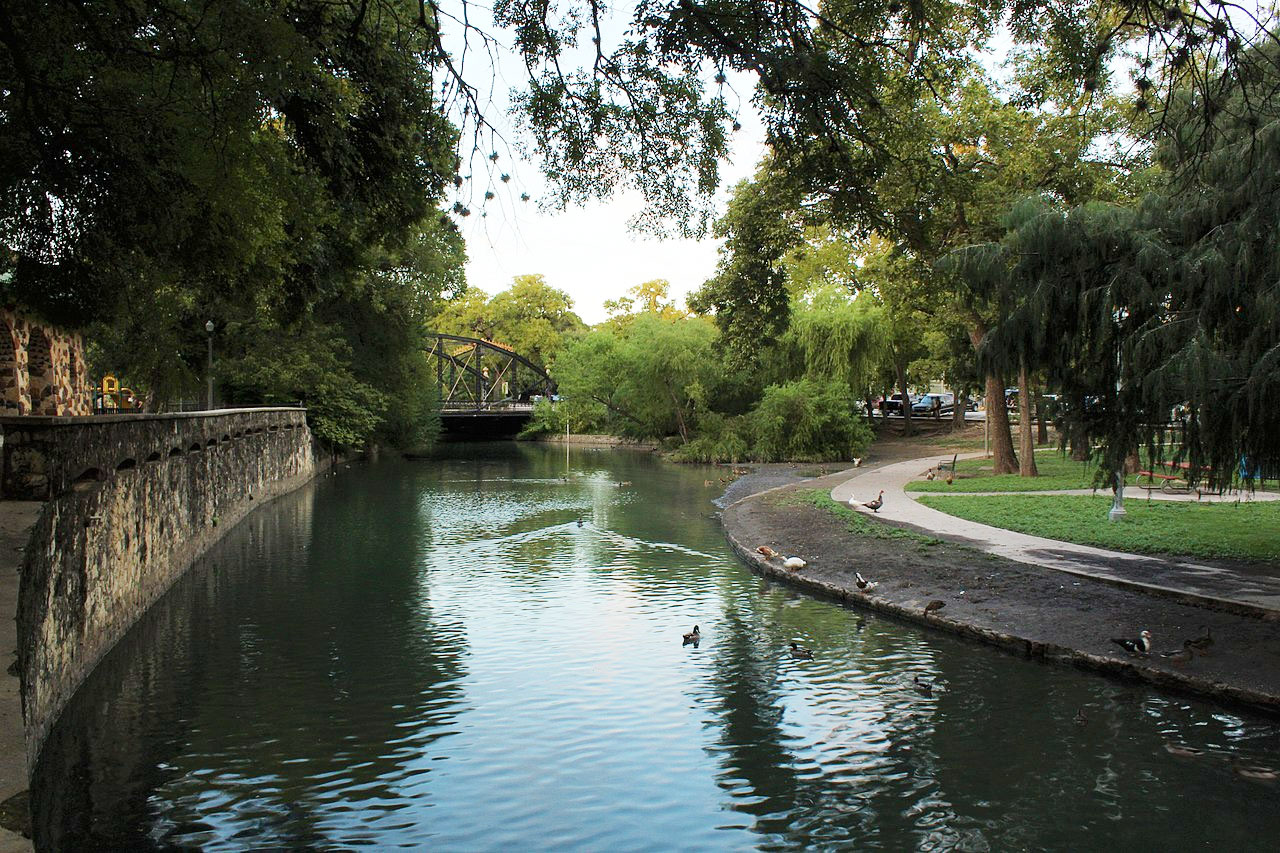 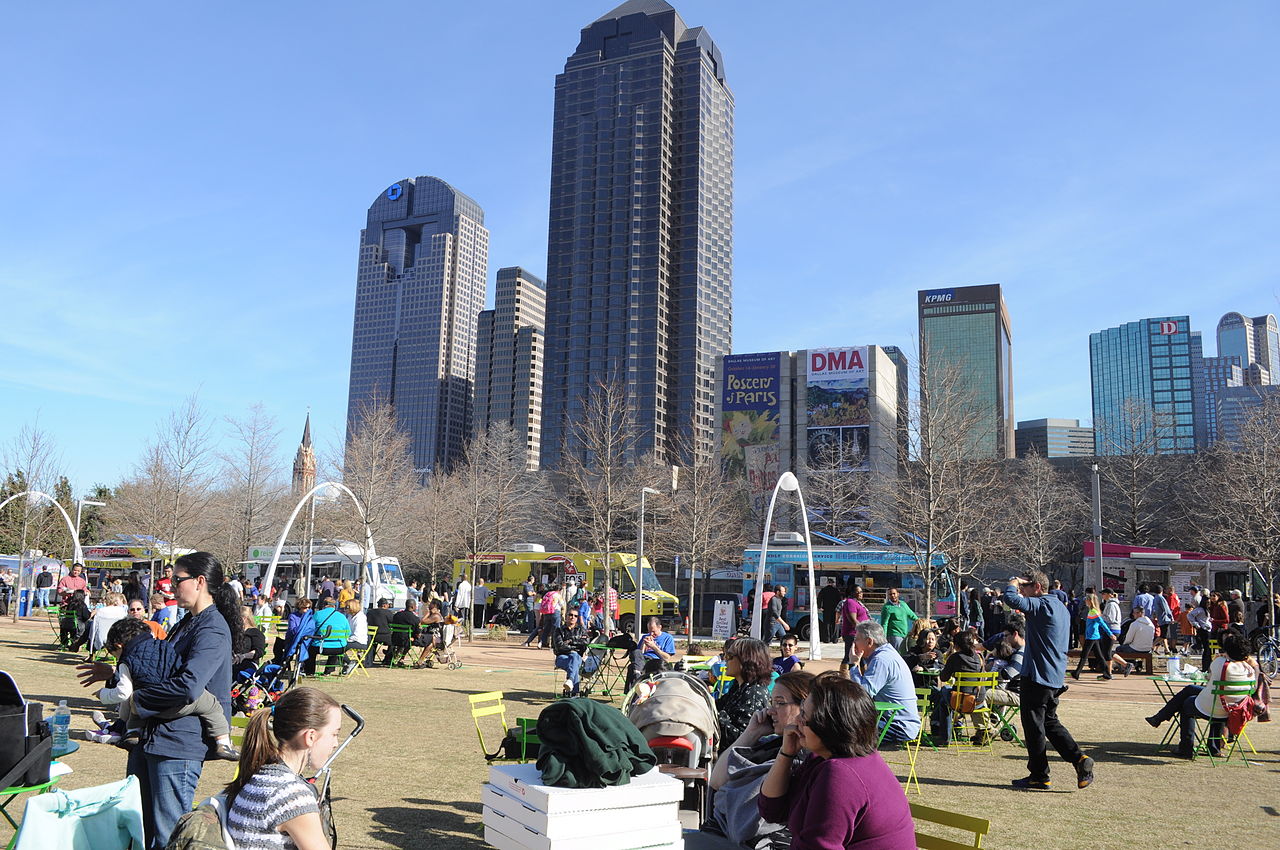 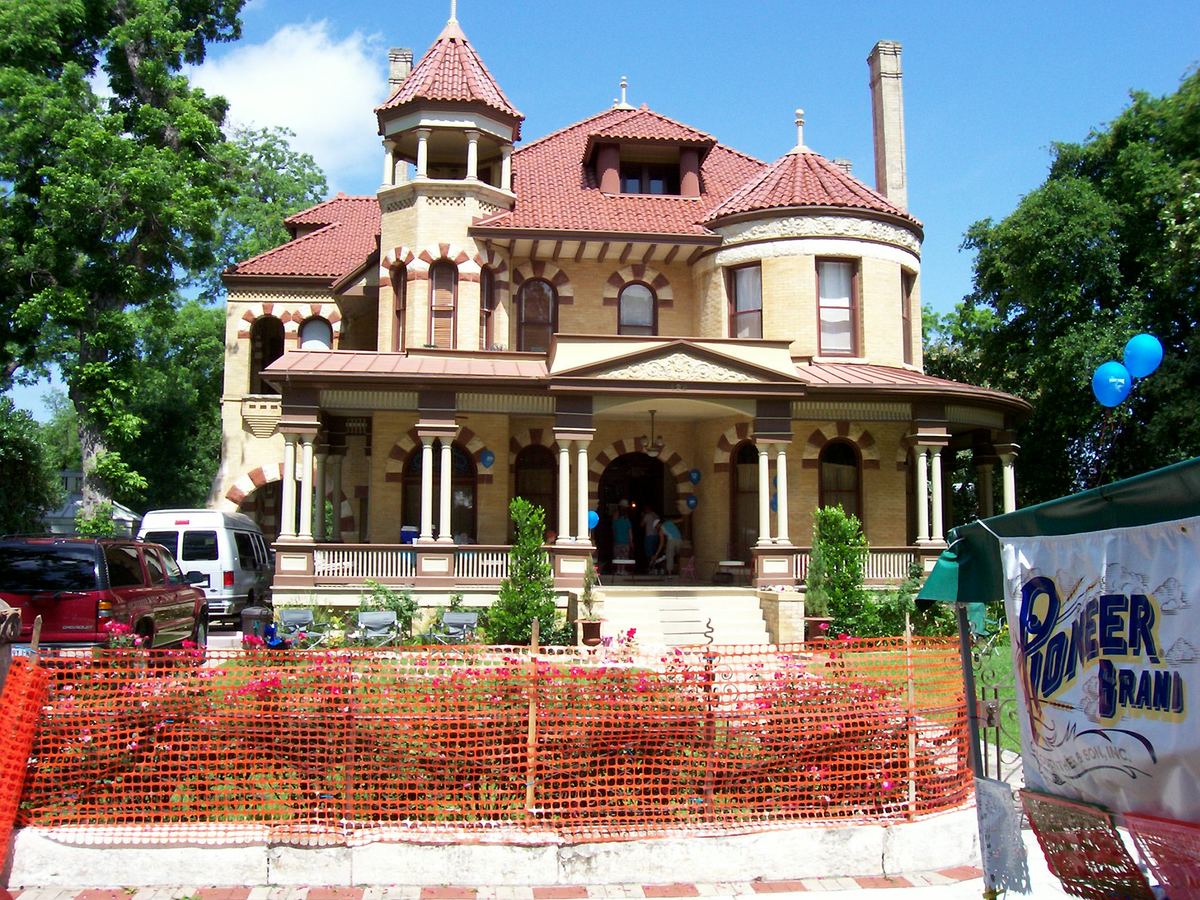