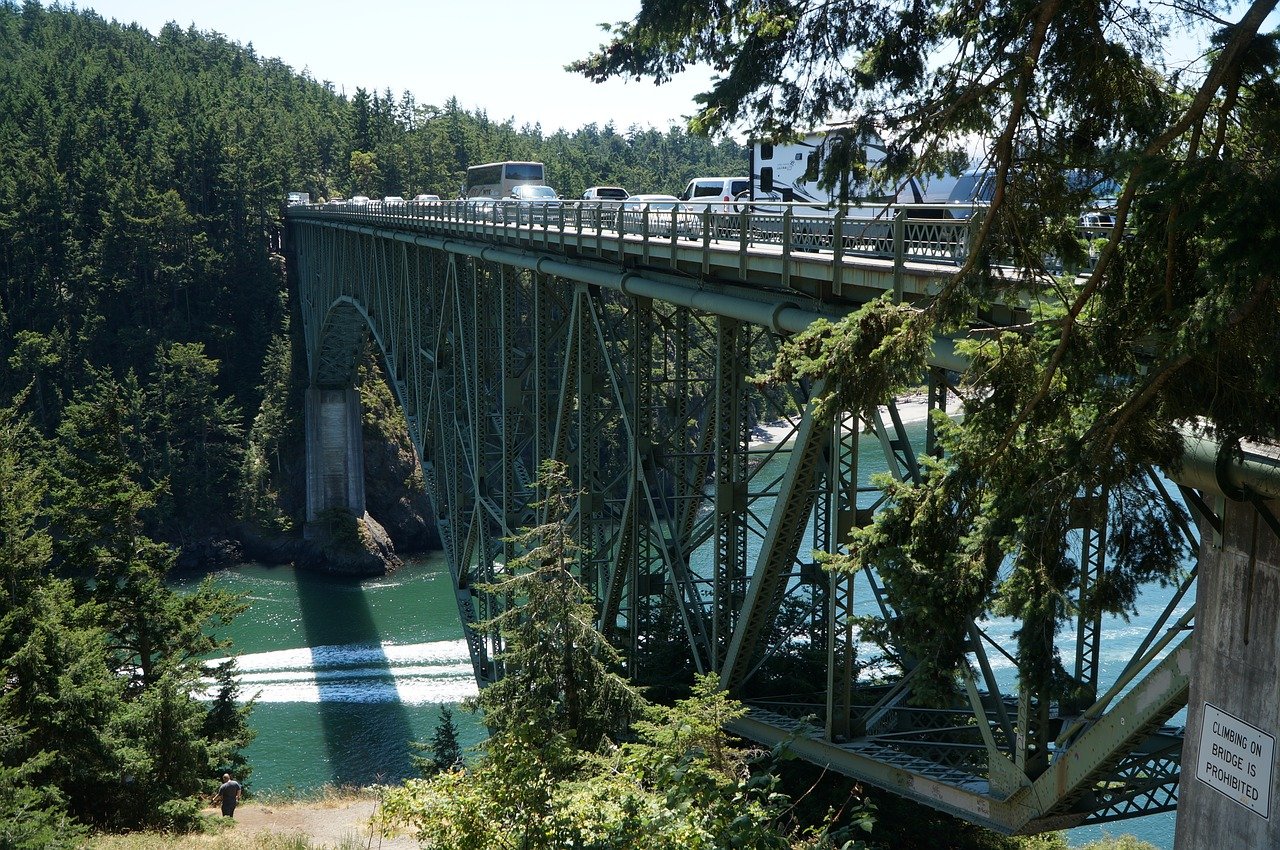 7 Historic Landmarks and Attractions to Explore in Washington State (2023)

Washington is a U.S. state named in honor of America’s first president George Washington. The state was formed back in 1889, and its coastal location has contributed a lot to its trading with other regions. However, its history goes beyond its establishment and has a grandness to it. Even before Washington got its statehood, it was home to Native American tribes, including Chinook, Ozette, and Palouse, for almost centuries. However, few but some glimpses of that are still to be found here. The rich history and in-depth heritage of Washington are present today in the form of museums, heritage parks, old buildings, and much more.

Washington State is home to the oldest continuously operating market in the United States, the Pike Place Market. In addition, it has several historically influential bridges like the Deception Pass Bridge, George Washington Memorial Bridge, and North Queen Anne Drive Bridge and more. Besides that, the state has peaks that were named after soldiers who fought the Revolutionary war. So, with so many options in hand, why not explore the Evergreen State’s history in-depth? Here are some of the most popular historical attractions in Washington State that you must consider exploring.

7 Historic Landmarks and Attractions to Explore in Washington State

The M/V Arthur Foss is known as the oldest wooden tugboat afloat in the world. It was built back in 1889 and gave 79 years of commercial life. It has provided its service in Klondike Gold Rush, at Puget Sound Mill & Timber Company, and at the Foss Launch & Tug Company. Not just that, but M/V Arthur was also a part of WWII, and it was even the last vessel to escape Wake Island on December 8th, 1941. And today, after several years, it is docked at the Historic Ships Wharf in Lake Union Park of Seattle. It is a Seattle Landmark, a National Historic Landmark, and is also listed on the National Register of Historic Places. Seattle’s history buffs can visit the tugboat during most summer weekends or else by special appointment. And since it is one of the most historic vessels in the United States, enthusiasts keep special interest in exploring the boat. 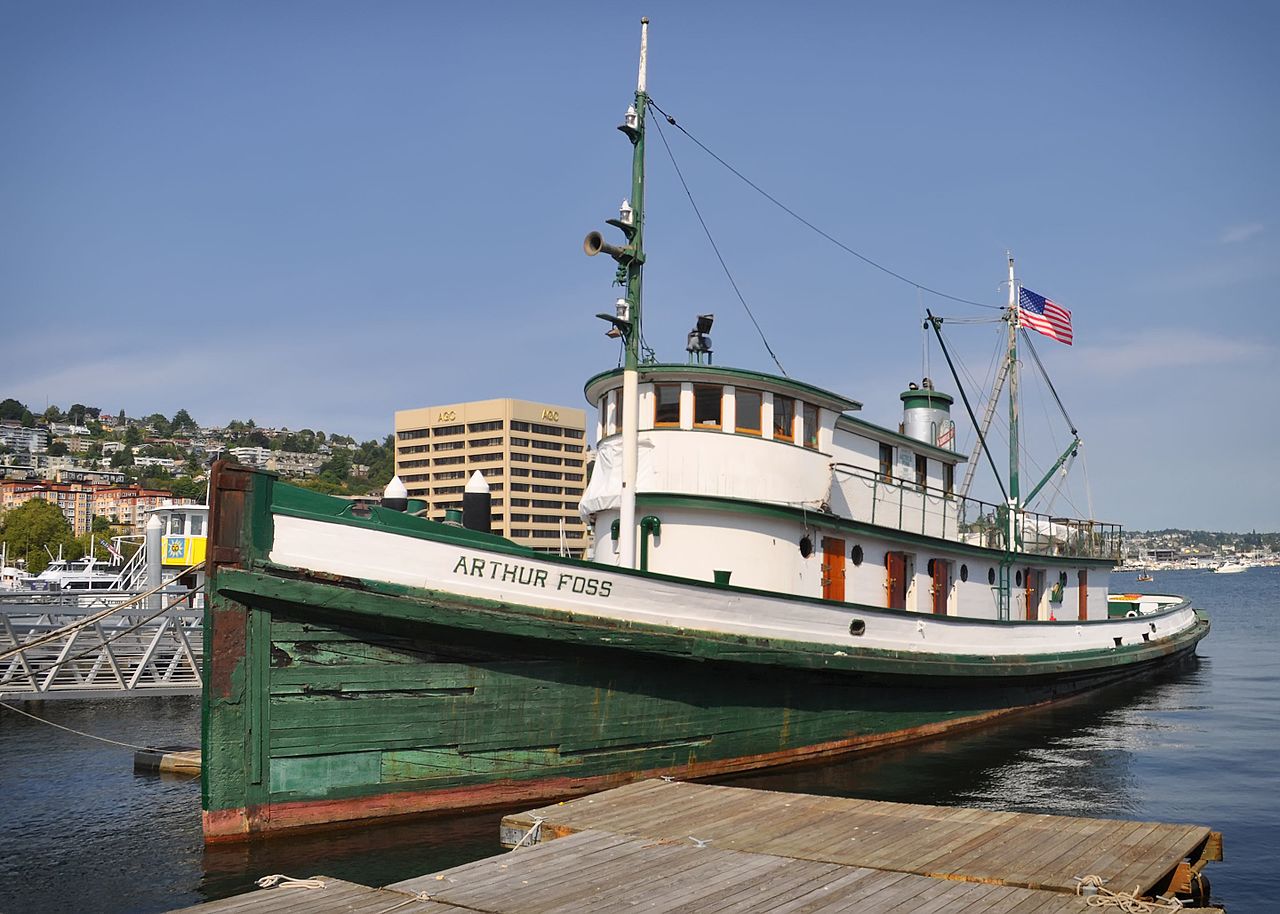 Deception Pass Bridge is undoubtedly one of the best historical landmarks to explore in Washington State. It was inaugurated in July 1935 and got its place on the National Register of Historic Places in 1982. Deception Pass Bridge curves gracefully between Fidalgo and Whidbey Islands and is a well-recognized engineering and architectural marvel. Besides that, its scenic location also makes it the most-visit bridge in Washington State. Stretching over water, the bridge is 180 feet high and 1487 ft long, and over 20,000 vehicles cross it every single day. One can view or access the bridge from the same name State Park. While on the bridge, grab the astounding sunset views. While from the above grounds, the faraway views of the bridge itself are a mesmerizing sight to catch. Accessing the Deception Pass Bridge is also popular among photography enthusiasts and nature watchers.

Fort Worden is a United States Army Coast Artillery Corps base located under the same name as Historical State Park. The structure was built between 1898 and 1920 and was originally constructed to protect against the sea invasion of Puget Sound. Back then, it was one of the largest Endicott Period forts, and today it is a well-known National Historic landmark. It was important as a military stronghold and part of a defensive coastal triangle which was nicknamed the ‘Triangle of Fire.’ Besides Fort Worden, the State Park has several other original military shelters, and officer house remains. Other than that, there are two museums as well which are definitely worth exploring. Along with exploring the structures, visitors can also stay back, spending their night sleeping in the barracks. 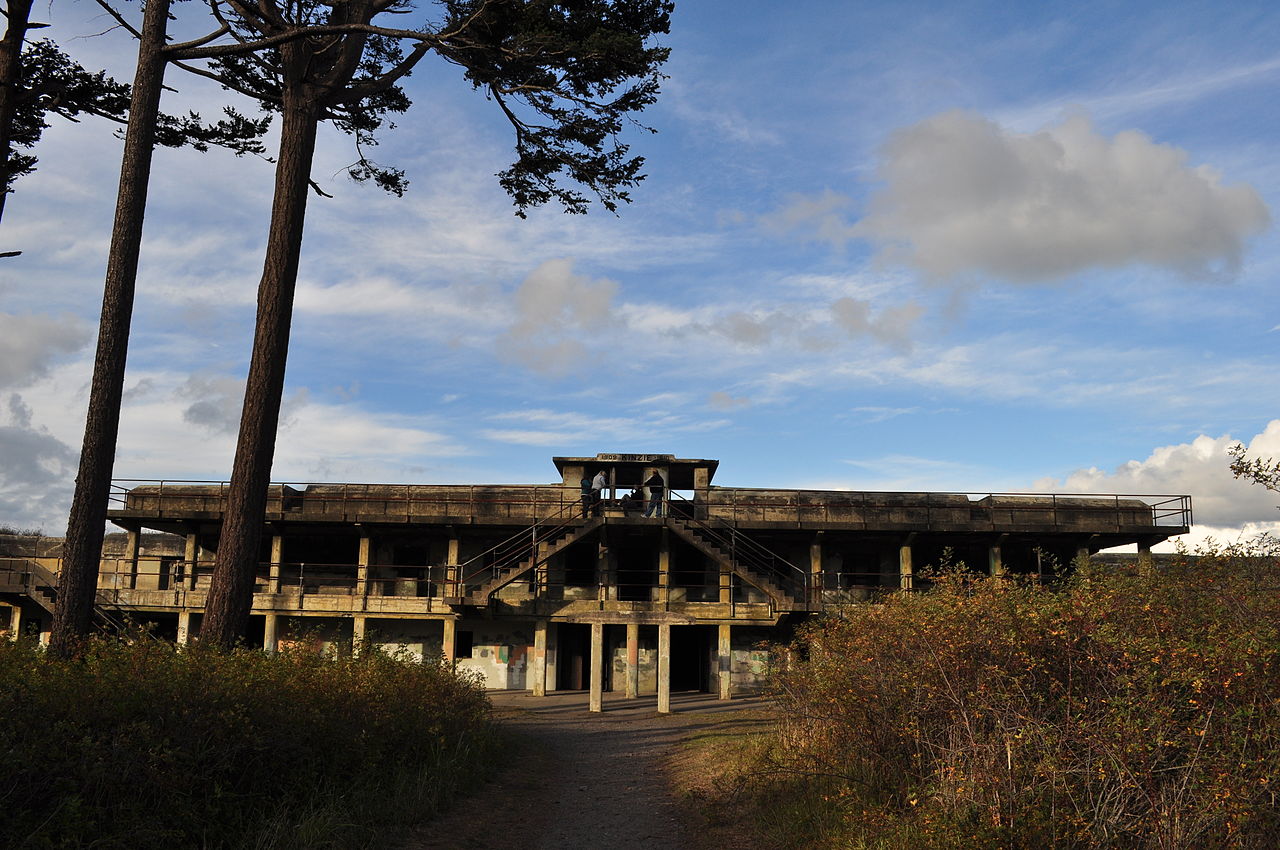 Panama Hotel and Tea House is a century-old hotel located in downtown Seattle. It was built back in 1910 by a Japanese architect and was home to tourists along with Japanese immigrants and fishermen. Today the hotel houses the only “Sento” Japanese bathhouse in the entire United States. Though the bathhouse is closed for public use, visitors can still see and observe it. Other things to observe here include homemade armories dating from before WW II and antique furnishing. One can either choose to stay here or opt for guided bathhouse tours. There is also a small Japanese tea house, ideal for a quick visit during the day hours. The hotel is just a few blocks beyond the Historic Chinatown gate and is quite a serene place to spend time at. 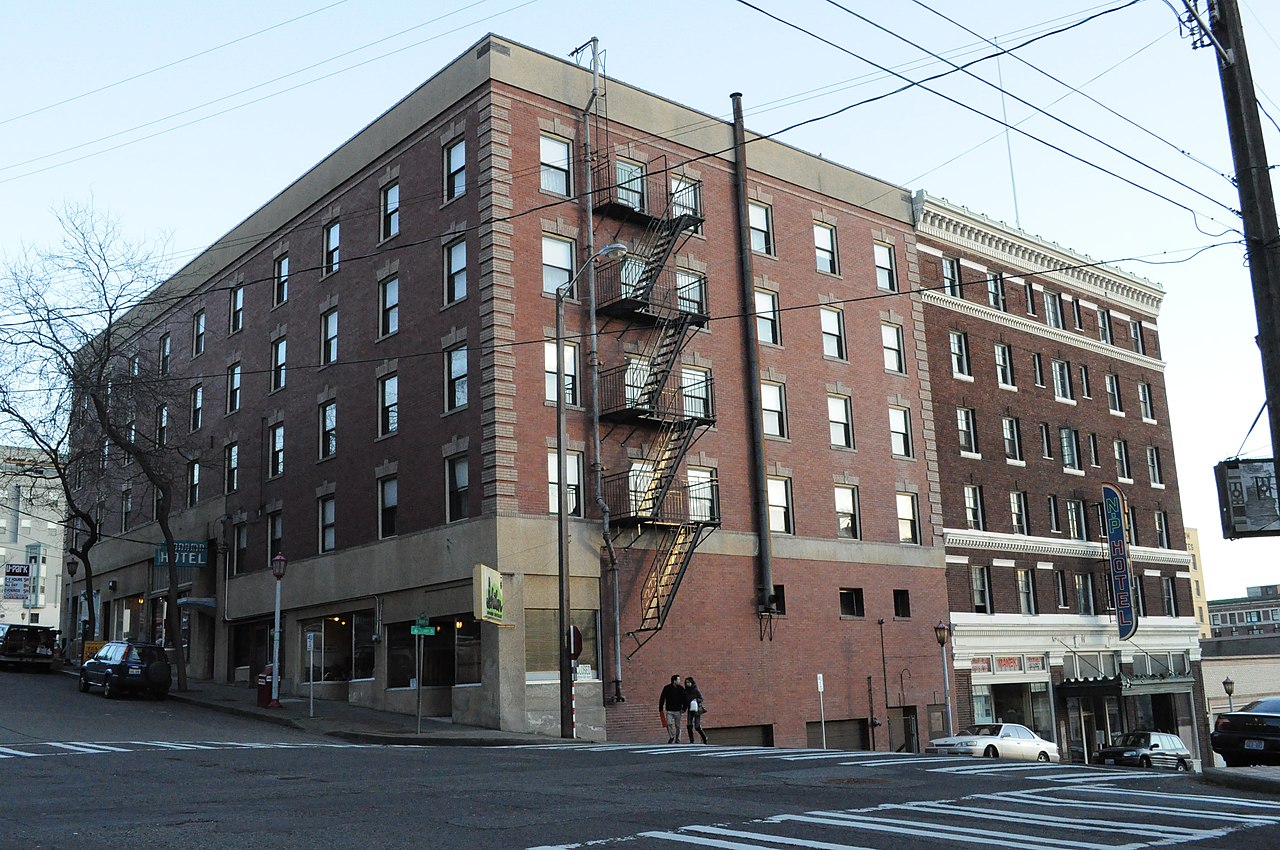 Seattle’s original farmer’s place, the Pike Place Market, is the oldest continuously operating farmer’s market in the United States. It has been operating since 1907 and serves as a business ground for craftsmen, farmers, and merchants. Not just in Washington or United States, but the Pike Place Market is one of the most visited tourist attractions in the world, hosting over 10 million tourists every single year. Since the marketplace is at the waterfront, a buyer or not, it has a crowd for every single minute of operations. Upon visiting here, one can shop for a wide variety of goods, enjoy a meal at a local restaurant, pick up some craft items, or hear some unusual stories. In addition, the marketplace is within proximity to other popular attractions, including the Seattle Great Wheel, Seattle Art Museum, and the Seattle Aquarium. 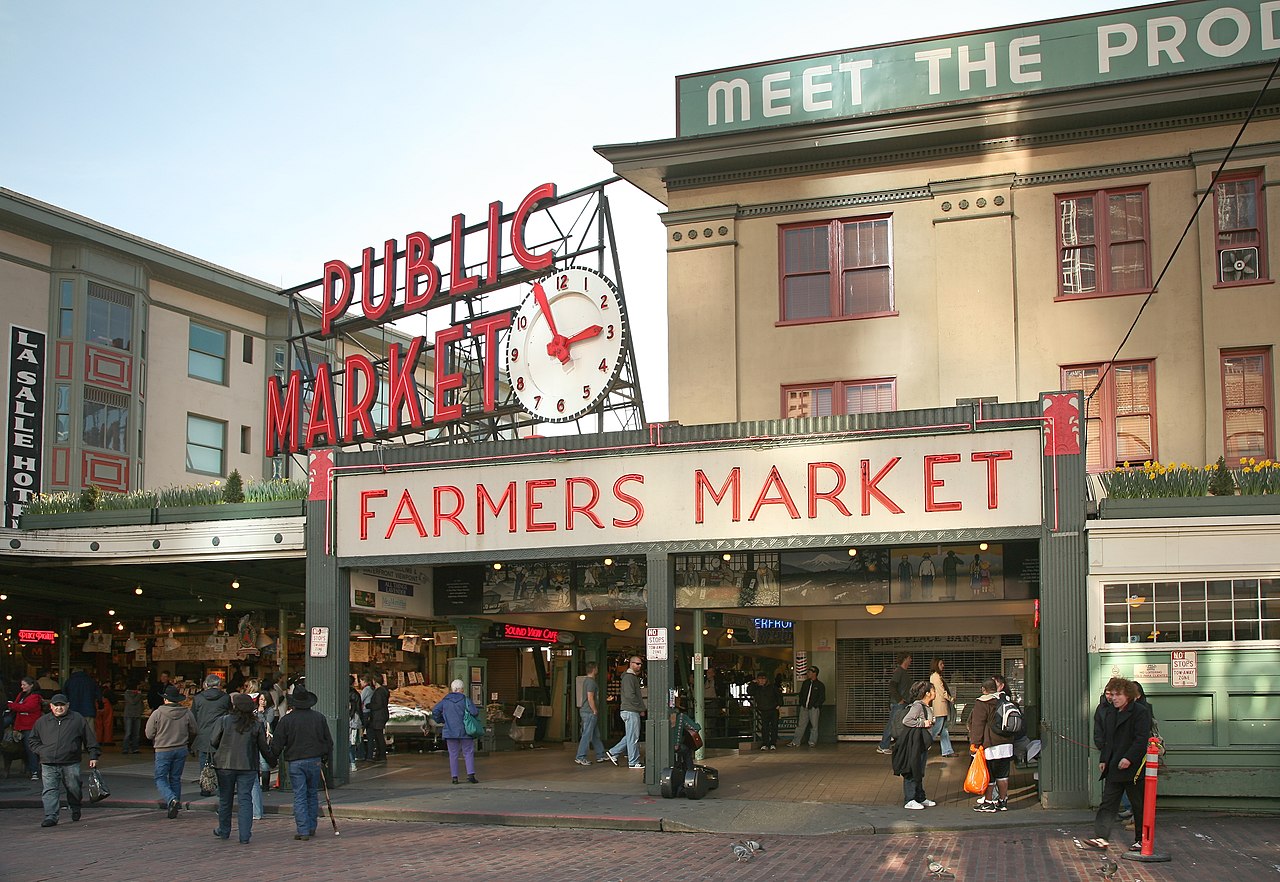 Ape Caves are definitely a popular historic landmark to explore in Washington State. Of what is known, these caves were formed due to a volcanic eruption over 200 years ago. Extending to 12,810 feet in length, they are also the longest lava tubes in the world currently. The tube is divided into Lower and Upper caves and is open for exploration. The one-way lower cave is just ¾ mile and quite easy to explore. In contrast, the 1.5-mile upper cave is 1.5 miles long and leads to a climb-up scramble over rock piles and an eight-foot rock wall. Since the caves are very dark, visitors must bring two light sources along. The temperature inside caves remains 5.6 degrees C year-round; thus, come prepared with some warm clothes. Ape Cave operates only from May 18th to October 31st and allows a 2-hour slot for every visitor. 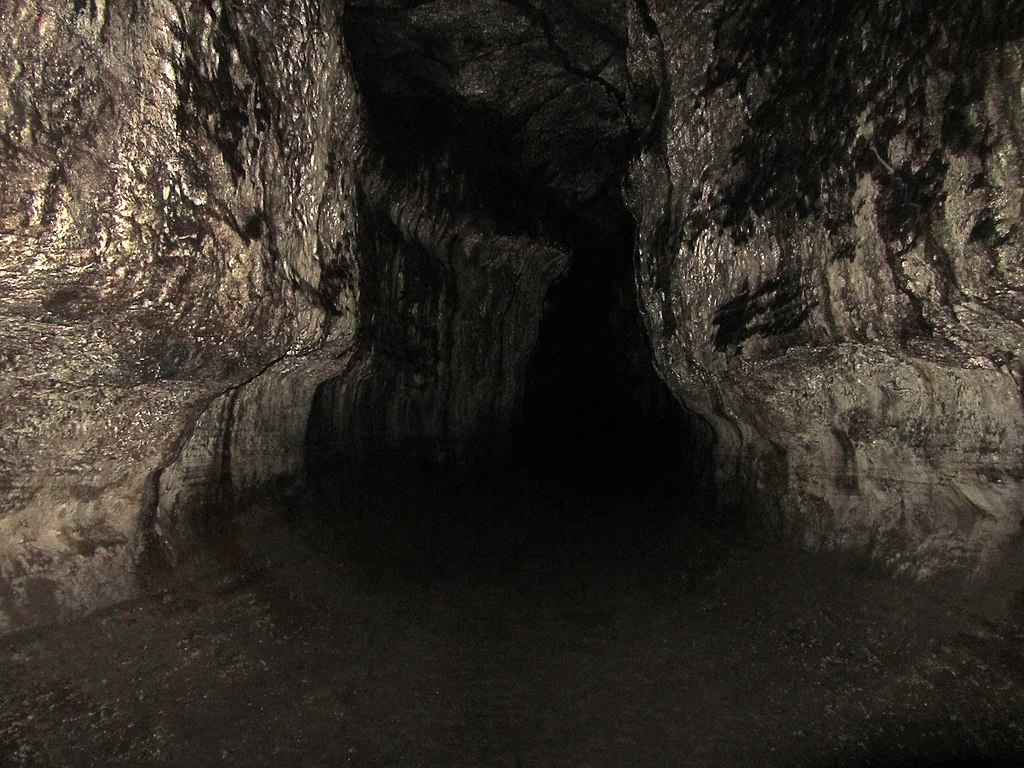 7. B Reactor Museum and Visitors Station

The B Reactor was the first large-scale nuclear reactor ever built in the world. It was a part of the Manhattan Project during WWII. Though today, it operates as a museum and a visitors’ center. During its time of operation, they used Natural uranium instead of isotopically enriched uranium. Currently, visitors can join public tours during spring, summer, and fall of the year. For visiting officials, also organize special tours any time of the year. Several documents, papers, and photographs speak stories of old times. The place, though, isn’t very grand for someone who is interested in the subject; it is definitely a must-visit. For exploring it, reach near Richland at the Hanford Site. Considering your interests, you are definitely going to love this place. 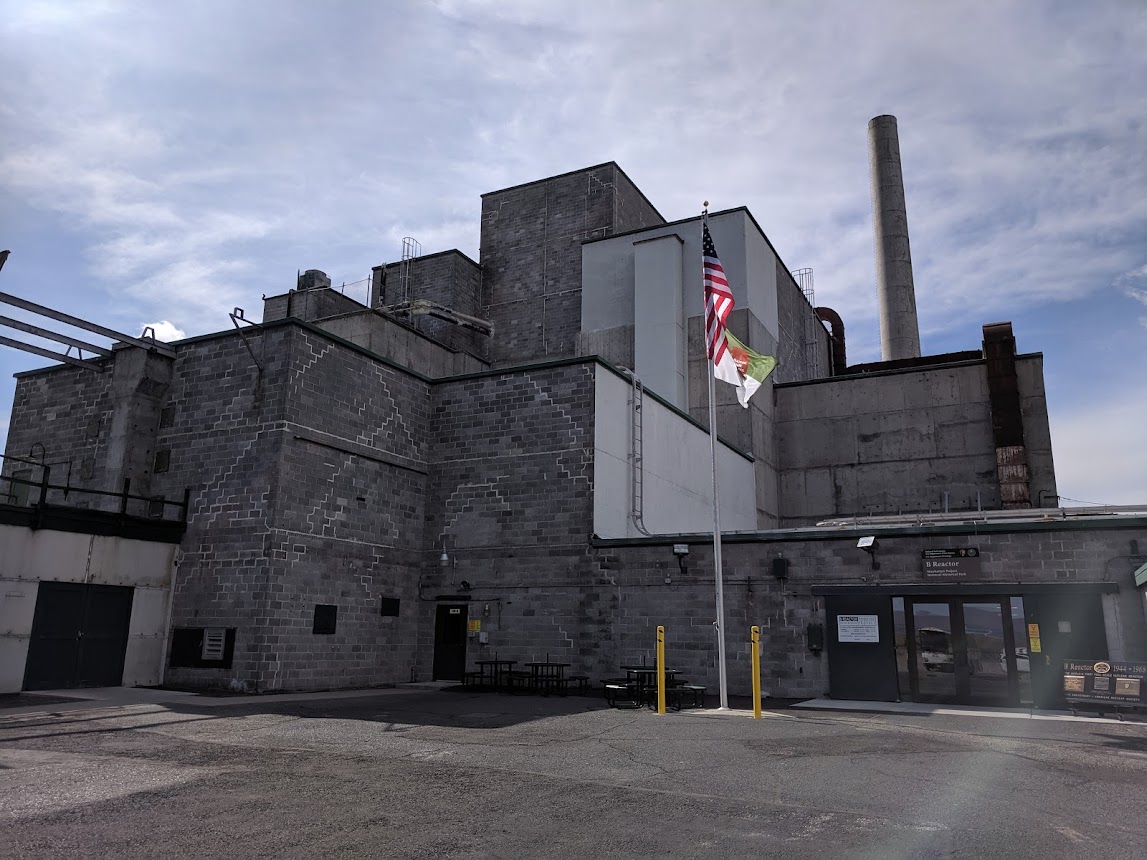 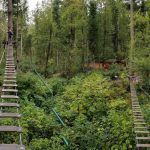 9 Most Popular Things To Do In Washington State (2023) Previous 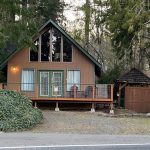