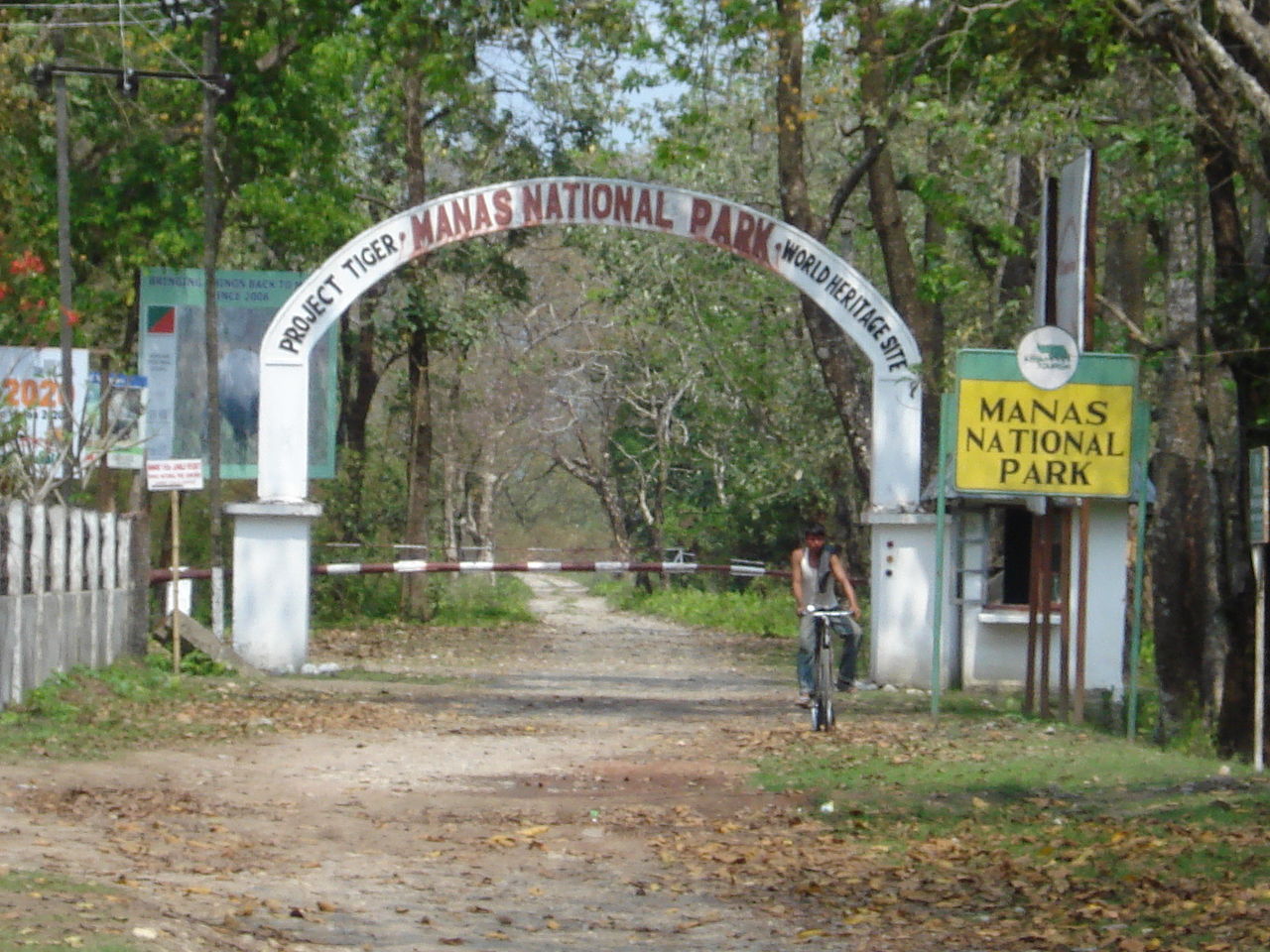 Popular for its lush greenery, unique culture and rich wildlife, the state of Assam is one of the hidden treasures of North East India. It is the place where you can find some of the most exotic and rare wildlife species living in complete harmony. Though Assam boasts of being a home to a wide number of wildlife sanctuaries and national parks, out of the whole lot, Manas National Park holds a special place in the hearts of wildlife lovers from all over the country. Located in the foothills of the mighty Eastern Himalayas, Manas National Park in Assam is deemed as a safe haven for a vast variety of rare as well as endangered species. You would be pleased to know that the Manas National Park is not just a popular tourist place to visit in Assam but is considered as a UNESCO Natural World Heritage Site, a biosphere reserve as well as a tiger and elephant reserve at the same time.

The National Park is named after the beautiful river Manas which is a tributary of the mighty river Brahmaputra and flows through the National Park separating it from Royal Manas National Park located in Bhutan. Sprawling over a vast area of about 950 square km, the Manas National Park is applauded throughout the entire country for its excellent conservation park and is one of the must visit destinations in Assam, especially for all the wildlife lovers. In this Manas National Park Travel guide, we have covered some of the important information about the place which you must know before visiting it. Continue reading to know more!

History of the Manas National Park

As far as the history of Manas National Park is concerned, you will be surprised to know that before the year 1928, the place was just a reserve forest and was known by the name of Manas Reserve Forest and North Kamrup Reserve Forest. It was later in the month of October in the year 1928 that the 360 square km area of the park was finally designated as a wildlife sanctuary. Gradually in between the years 1951 and 1955, the forest area of the park was increased from 360 square km to 391 square km. Established as Manas Biosphere Reserve in 1973, it was in the year 1985 that the worth of this stunning park was finally understood and it was ultimately declared as a Natural World Heritage Site by UNESCO.

However, in 1992, due to poaching and terrorist activities rising, the park was declared as a ‘World Heritage Site in Danger’ by UNESCO. It was in the year 2008 that the area of the national park was increased to 950 square km and not until 2011, that the effective conservation efforts of the Manas National Park finally paid off and the place was removed from the list of World Heritage Sites in Danger by UNESCO.

Popular Things To Do At The Manas National Park

Manas National Park is a true gem like tourist place to visit in Assam. People love visiting this National Park so much because of the vast range of activities that it offers to its visitors. These activities further help the visitors to enjoy and appreciate the diversity of the nature of the park.

Some of the things you can do here are:

As you know that Manas National Park is a home to more than 20 endangered species of animals as well as birds. The facility of jeep safari will allow you to witness the rare sightings of the exotic Manas wildlife sanctuary. If you are lucky, you can even spot hispid hare, Assam roofed turtle and pygmy hog. Admiring the beautiful raw surroundings of the national park in a jeep safari will be an excellent experience for all the nature lovers.

This national park also gives you the unique experience of riding on the back of an elephant. These majestic and gorgeous giants are a part of the national park and this ride will give you access to even those regions of the national park where jeep safari is not allowed to go. In short, exploring the Manas National Park with the help of an elephant safari will allow you to witness a completely different perspective of the park. You will definitely love the unique experience. 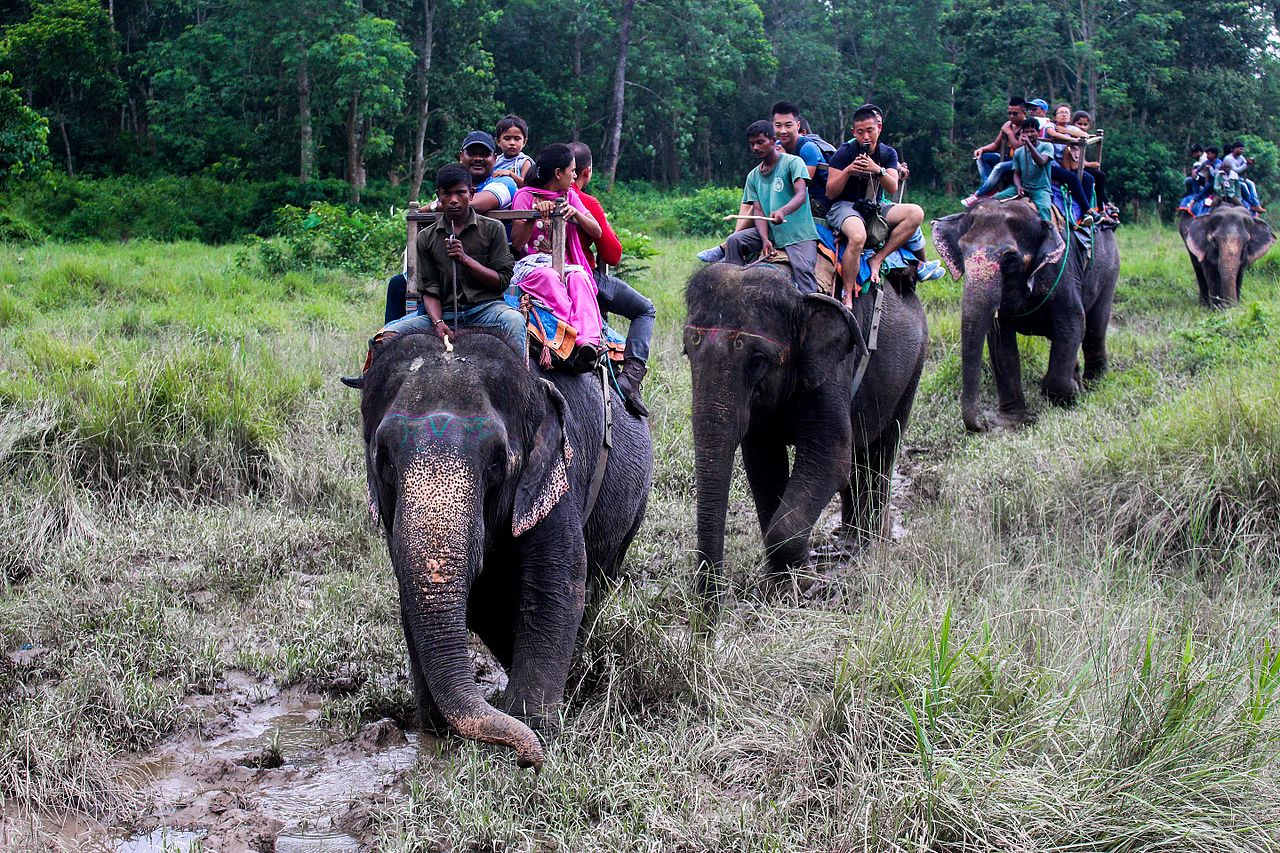 It is not secret that Manas National Park is rich in fauna. Hence it is not surprising that the region is flooded with a vast variety of birds. If you are a true birdwatcher, then it is time for you to take your precious binocular out and spot a lot of fancy birds, even those about which you have never heard or seen before. The distinct coos of birds can be heard in the area which is a sound that is a sweet melody for your ears. 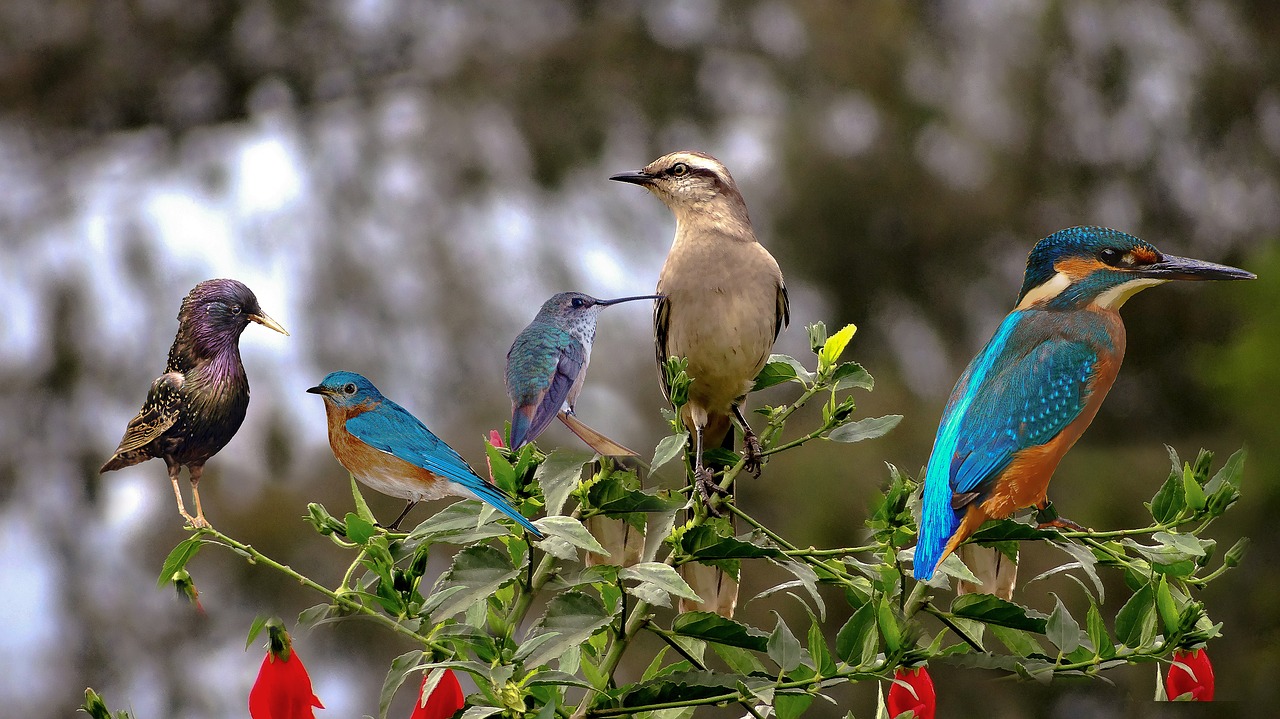 4. Visit the Village and Tea Plantations

This may come as a surprise to you but the Manas National Park also serves as a home to the local Bodo villages where people belonging to the small indigenous communities of Ragu Bil and Ghatigaon stay in complete harmony. A lot of travellers’ love visiting these villages to get a glimpse of their unique lifestyle and to become a part of their vibrant music and dance sessions.

Moreover, the tea plantations are something for which the entire state of Assam is quite popular throughout the entire country. If you are visiting the Manas National Park, you can get to see plenty of them lined right outside the park. Take a walk through the pretty estate of Fatemabad Tea Estate for a memorable experience. 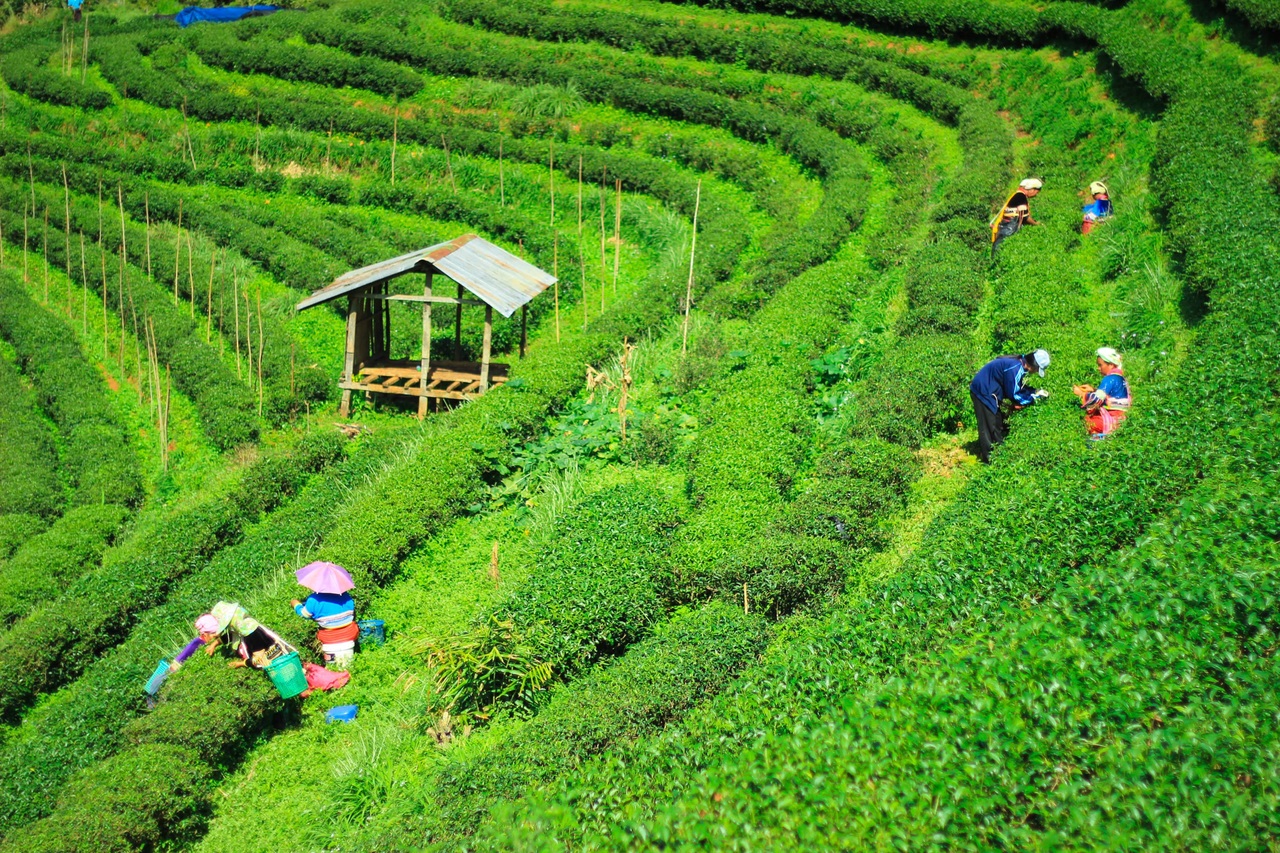 If you are an adventure enthusiast as well as a wildlife lover, then Manas National Park has just the right thing for you. The park provides the facility of river rafting on the slow waters of the beautiful river Manas. It is a 35 – km long ride that will take you for an exhilarating journey through the wild deciduous forests. These forests are a home to about 400 different species of birds. The experience of watching the diverse bird species while being on the deep azure waters of the Manas river is something that will stay in your heart as a fond memory for forever. 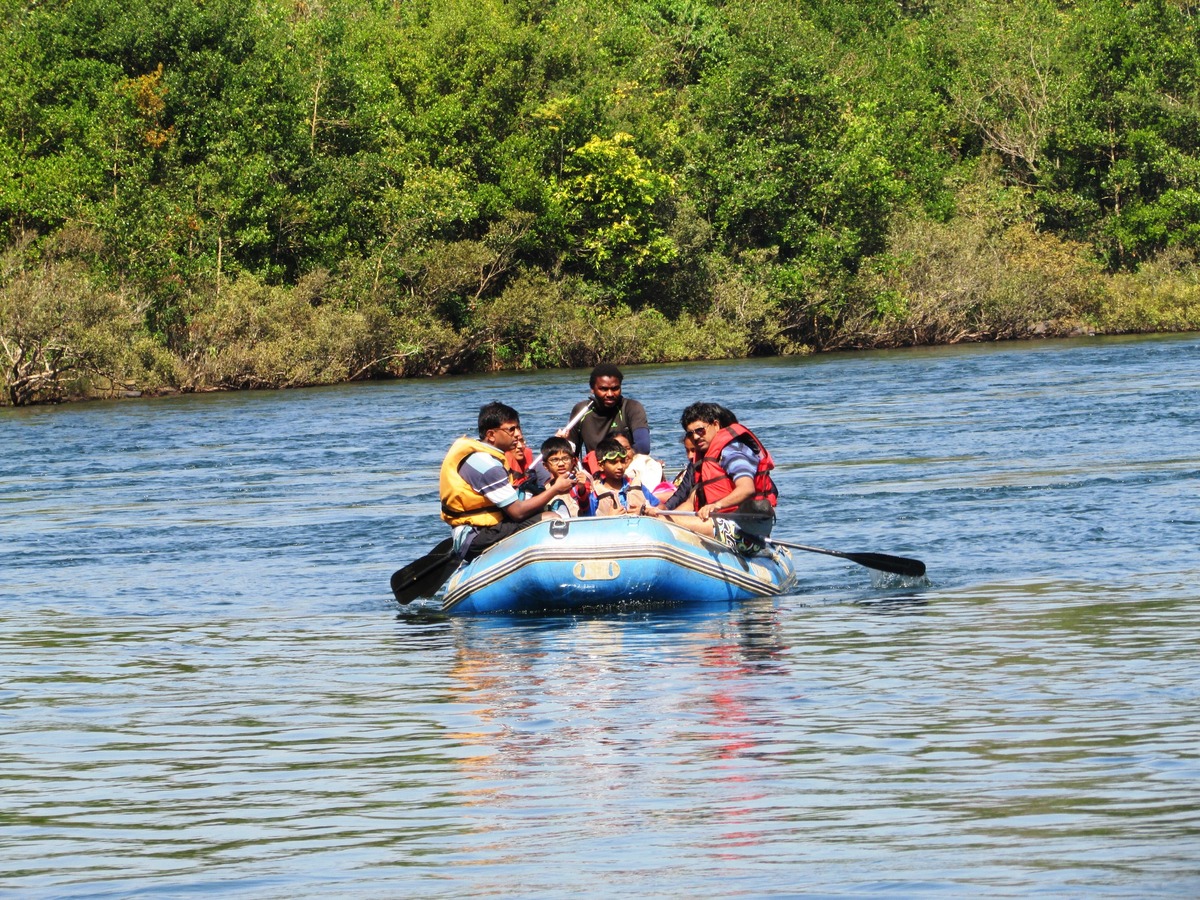 What Is The Best Time To Visit The Manas National Park?

Travellers from far and away come to visit and explore the Manas National Park throughout the course of the year. However, for the best experience, it is recommended that you plan your trip to this popular tourist attraction in Assam in between the months from November to April.

During this period the weather is quite pleasant, hence exploring the flora and fauna becomes even better. Also, in the course of these six months, the park remains open throughout unless exceptional reasons like safety or excessive rains. The park remains closed in the monsoon season, from June till September. 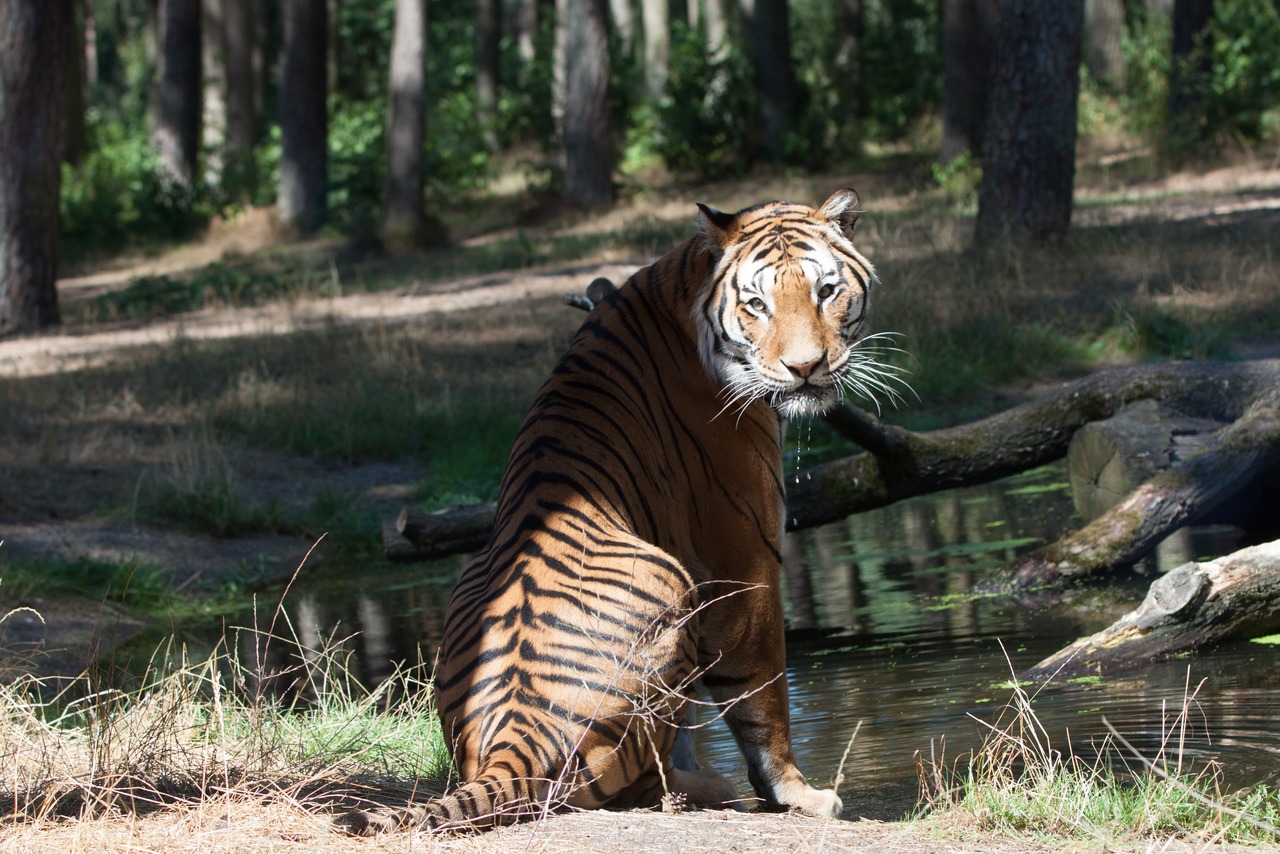 How To Reach The Manas National Park?

You can be completely rest assured, if you have been worrying about how to reach Manas National Park. This popular tourist place to visit in Assam is well – connected with almost all means of transports, so you can reach it easily. You can reach it:

If you are a true wildlife lover and are looking for a wholesome as well as a fulfilling experience amidst natural serenity, then Manas National Park should be your go – to tourist destination in Assam.

Q1. What is Manas National Park Famous For?

Ans. If you are more of a private person and don’t like overly crowded places, then it is recommended that you visit the Manas National Park. The park even allows visitors to hire a jeep and stay as long as an entire day till the sunset inside the park premises.

Q3. When was Manas Declared as a National Park? 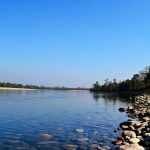 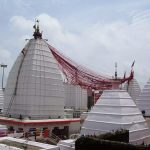