Does your idea of vacation resemble spending some peaceful moments by the shore amidst natural serenity of North East India? If your answer is yes, then we have brought for you an amazing option. Located in the middle of the mighty river Brahmaputra, Umananda Island is a hotspot among a plethora of travellers. Though the smallest river island in the entire world, despite that the island remains a top tourist place to visit in Assam. Part of the iconic seven sisters of the North East India, Assam is a beautiful place to explore and this island is another religious addition to add in your travel itinerary in Assam. Flooded with numerous legends and being a place where the man and wilderness co – habit together in peace and serenity, Umananda Island lying at the heart of the river Brahmaputra boasts of offering its visitors a pristine and calm environment. Offering a natural beauty which is yet not damaged by the presence of human beings, this island is worth exploring. Owing to its unique structure which resembles the splayed feathers of a peacock, a British officer even gave the island the name Peacock Island. It boasts of being a home to a large population of golden langurs as well, who are considered to be a sacred species among the people of the Himalayas. Housing a plethora of scenic sightseeing attractions, the island is easily reachable too. In this article, we have gathered all the useful information regarding this beautiful tourist place to visit in Assam for you. Continue reading to know more!

History of the Umananda Island

Owing to its scenic beauty, plethora of sightseeing attractions and unique structure, the Umananda island has reserved for itself top slots in the list of must – visit places in Assam for many travellers. There are many rumours and legends surrounding the origin of this island. According to one of the most popular legends of Hindu mythology, it is believed that this island was created by Lord Shiva for the happiness and pleasure of his wide Goddess Parvati. It is even said that Lord Shiva himself has resided on this island in the form of Bhayananda. Another myth according to the Kalika Purana states that it was on this very island where Lord Shiva burnt Lord Kamdev or the Lord of Love with his third eye, when he interrupted Lord Shiva’s deep meditation. As a result, the island was even the name of Bhasmachal. The name is taken from Assamese words ‘Bhasma’ and ‘Achal’ which means ash and hill respectively. The Umananda Devi Temple located on the island is one of the prime attractions of the place and witnesses a huge crowd of devotees from all over the country. It is believed that the temple was heavily damaged in an earthquake in the year 1897 but was later repaired by a local merchant. 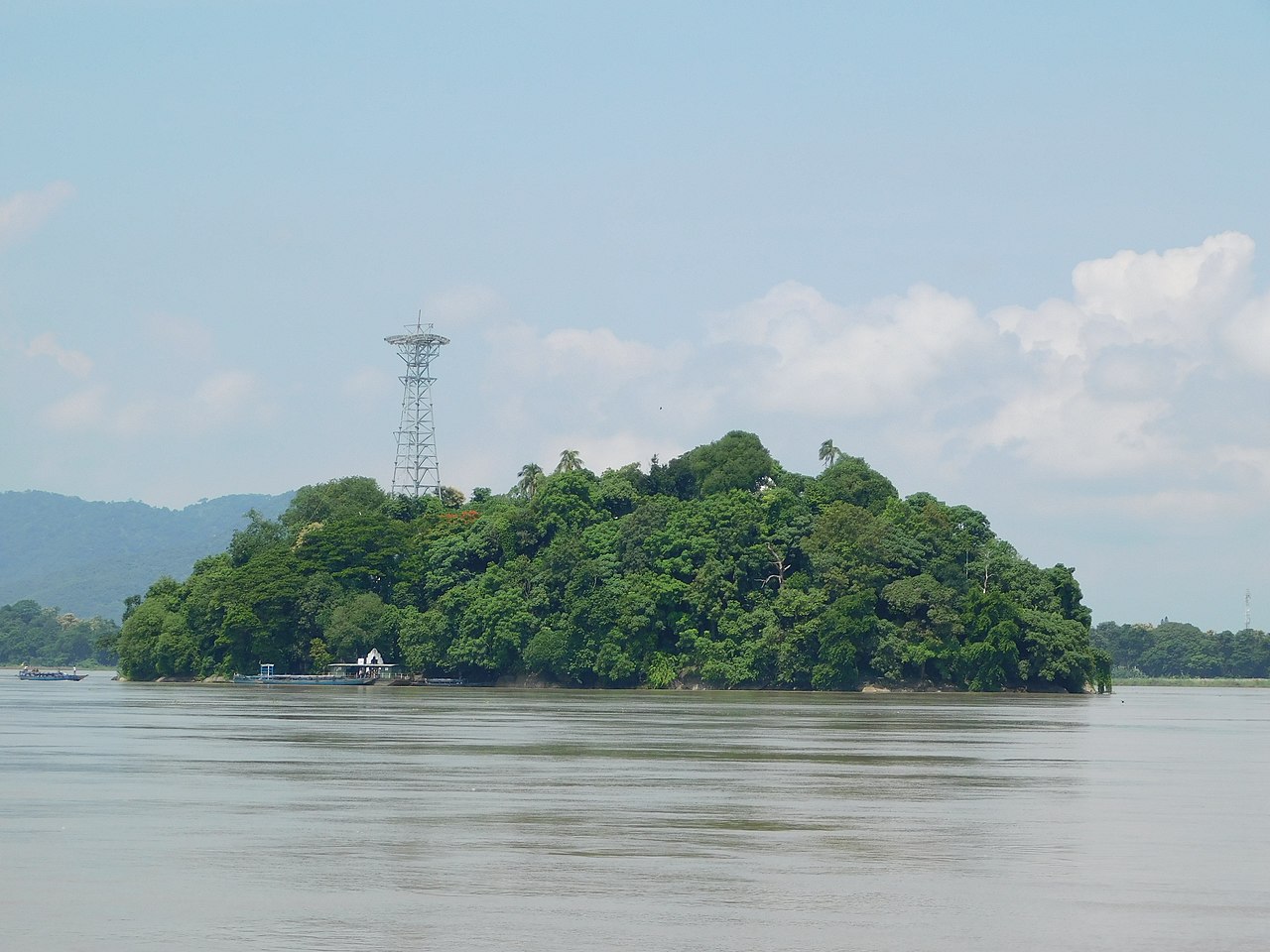 Popular Places to Visit In and Around the Umananda Island

If you were under the impression that visiting Umananda island will be a boring trip where you can just sit by the seaside and admire scenic sunrise and sunset views, then we have good news for you. Umananda island boasts of offering its visitors a plethora of exciting scenic attractions in and around itself. Hence, visitors are bound to have a memorable time here. Some of the attractions that you can visit in and around this popular tourist place in Assam are: 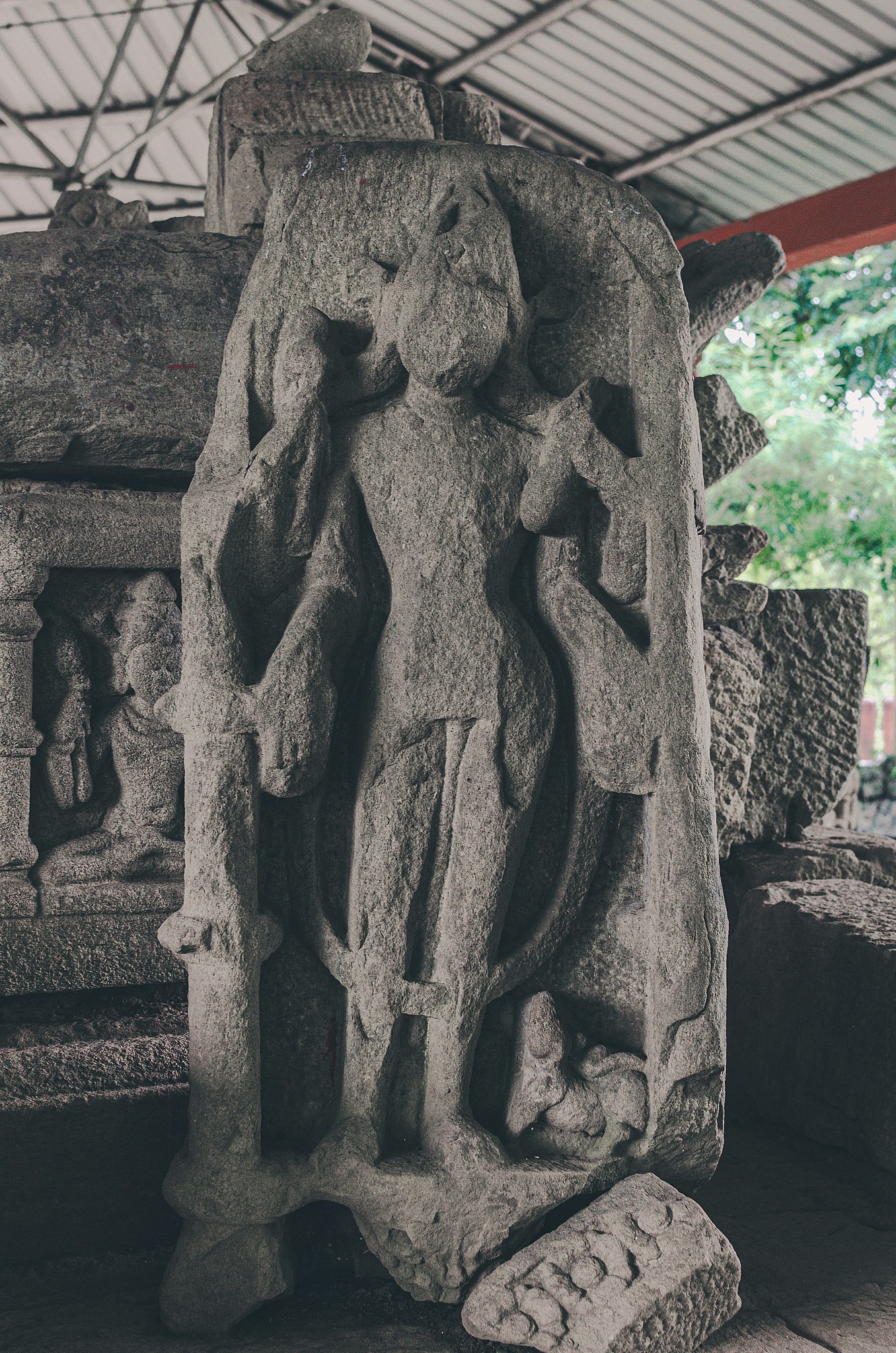 Sprawling over an area of about 500 metres, Madan Kamdev Temple is basically an archaeological finding in the Baihata Chariali area in Assam. One can find plenty of stunning idols and intricately made sculptures of Madan Kamdev scattered all over the area here. Travellers have a fun time exploring these idols and sculptures as they all have very detailed architecture and unique carvings on then. Situated on top of a hill, this temple in Assam attracts a huge crowd of travellers to itself. 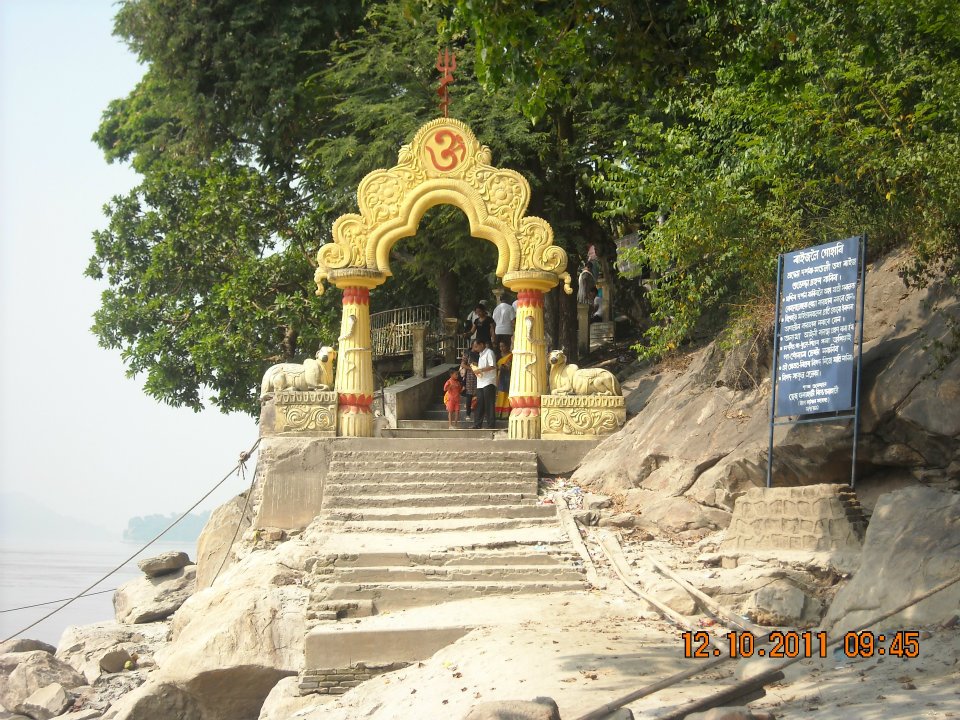 Located right on the Umananda Island or Peacock island itself, near the mighty river Brahmaputra, this is one of the prime tourist places to visit in Assam. Named after and dedicated to Lord Shiva, the temple boasts of scenic surroundings. Combining the natural beauty of the lake along with the spiritual atmosphere of the temple, the travellers love the place. Situated on top of the hill Bhasmakala or Bhasmakuta, it is believed that the Umananda temple was beautifully crafted by the talented and skilled Assamese workmen. Though Lord Shiva is the prime deity of the temple, other than him, one can find the idols of 10 more Hindu Gods residing in this shrine. This temple on Umananda island is unlike any other religious place. Devoid of the cacophony of forceful religion, this place sports such a pleasant ambience and serene environment, that people just want to sit down and relax for a while here. 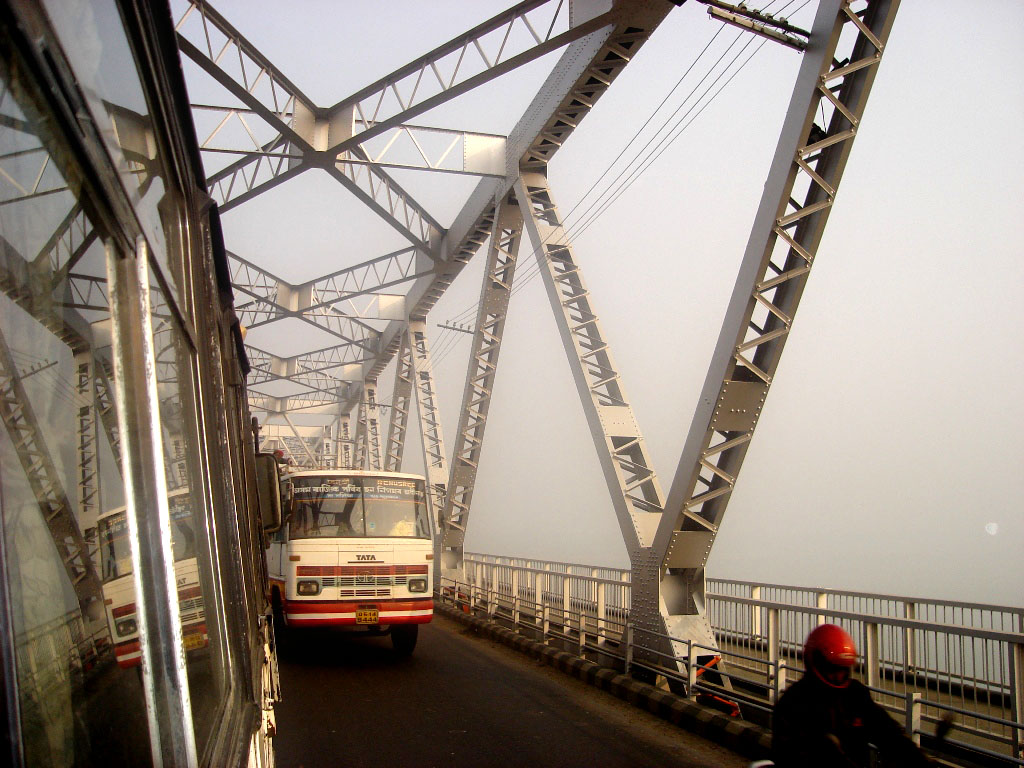 Boasting of being the first railway – cum – road bridge, this bridge built over the mighty river Brahmaputra in Guwahati is one of the most popular tourist places to visit in Assam. This is basically a double – decker bridge with a road highway on the top and a rail line below. Initially built for the North Frontier railway, this bridge acts as an important link between the North East region with the rest of the country of India. The construction of the bridge began in 1958 and was first inaugurated by the Prime Minister Pandit Jawaharlal Nehru, for goods trucks in 1962. It was after one year, in the year 1963 that the bridge was finally open to the general public traffic. Today, this 1.4 km long bridge connects both banks of the mighty river Brahmaputra in Saraighat. Several experts from Indian Institute of Technology have suggested that despite its old construction the bridge is still good to go for a couple of more years before needing any kind of renovation.

What Is The Best Time To Visit Umananda Island?

The island remains scenic throughout the year. However, if you are looking only for the best experience, then it is highly recommended that you visit the island in between the months of October and May. This is because during this period the place experiences a pleasant climate. In fact, the nights even get a bit chilly and you may need a layer of woollens. Many people also consider the festival of Maha Shivratri to be the best time to visit the island due to the grand and vibrant celebrations that take place in the Umananda Devi Temple.

How to Reach Umananda Island? 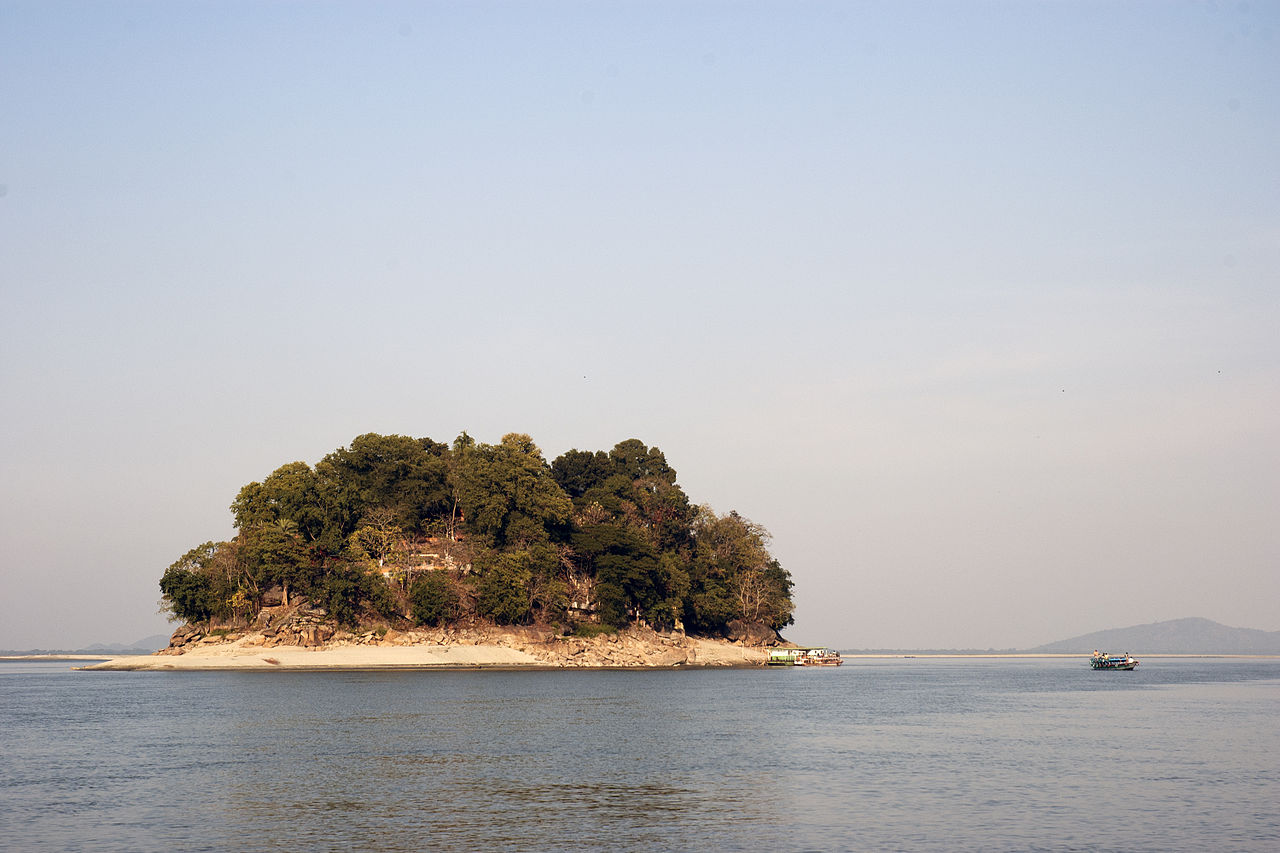 As far as Umananda Island is concerned, you don’t have to worry about travel issues. Since, it is well – connected with almost all means of transport, the place is very easy to reach. You can easily reach it:

By Air: The nearest airport to reach Umananda Island is located in Guwahati. This airport is well – connected with the rest of the country. You can easily find plenty of flights to almost all of the domestic airports in India to Guwahati. Once you reach the airport, you can reach the island with the help of a ferry. The ferry service runs until the time of sunset.

By Rail: The nearest railway station to reach the Umananda island is also located in Guwahati. This railway station is connected with almost all of the major rail heads in India, so you won’t face much trouble in catching a train. The station is just about 1.4 km away from the island.

By Road: The area is well – connected with roads as well. You can easily take any of the regular buses or hire a cab to travel till Kachari Ghat. Once you reach the Ghat, you will get multiple ferries that will take you directly till the Umananda Island. This ferry service runs on all days of the week until the sunset.

Displaying a mixture of mythology, scenic landscapes, religion and natural green with a series of Tamarind trees, Umananda island is definitely a top tourist place to visit in Assam.

Q1. Why is Umananda Island known as Peacock island?

Ans. Since the structure of the island resembles the splayed feathers of a peacock, it is known as Peacock Island.

Q2. Who Built the Umananda Temple?

Ans. The brick temple of Umananda Temple was built by the Bar Phukan Garhganya Handiqe on the order of King Gadadhar Singha in 1694 A.D.

Q3. Which Is The Smallest River Island In The World? 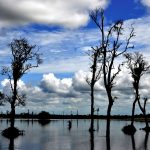 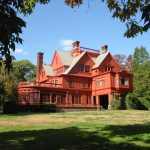