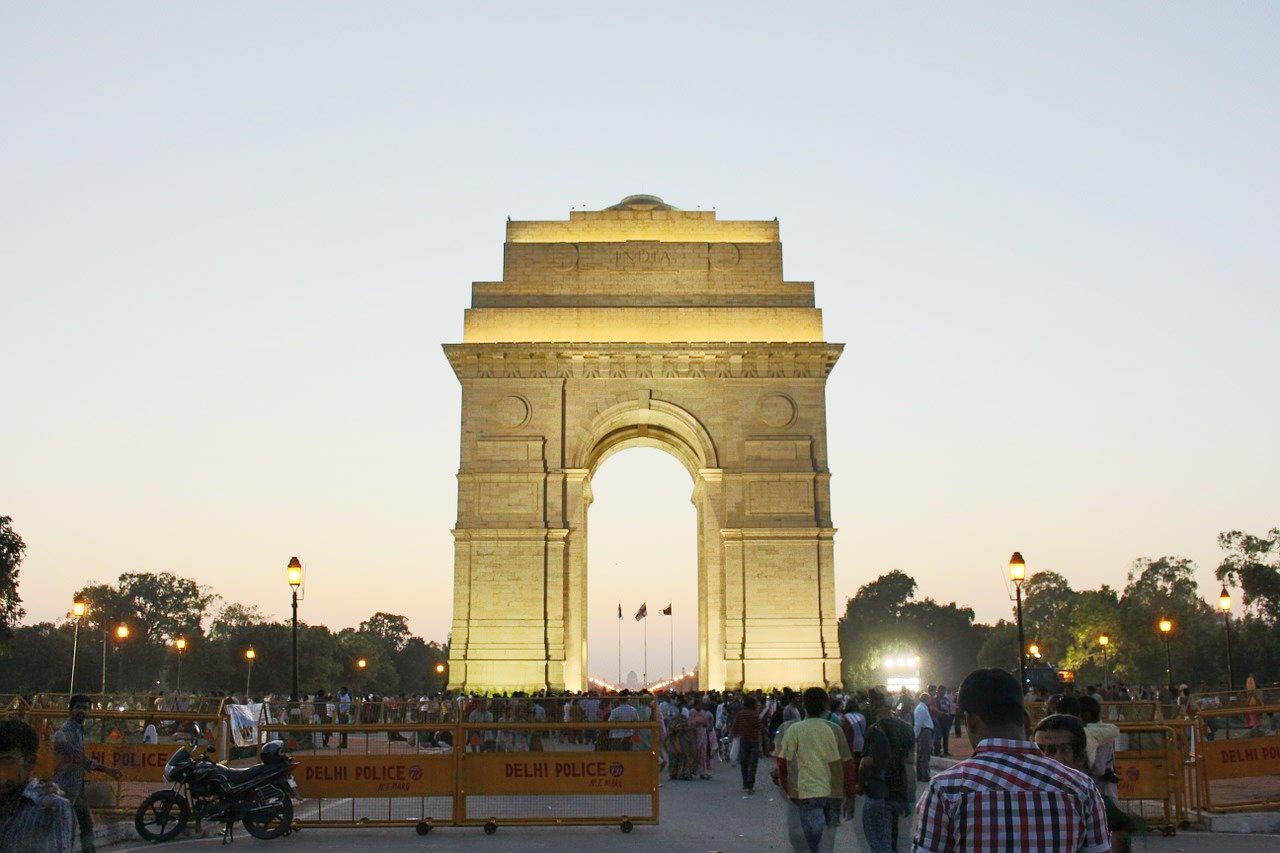 New Delhi, the national capital of India, is undoubtedly the identity of the country in the face of the world. New Delhi is one such city of India that has spread its prominence in almost all sectors of the nation. It has a rich historical background, followed by the practice of different religions and cultures, played a pivotal role in gaining independence, the land of Mughals and many other emperors who changed the face of India. Later, New Delhi even grew as a major industrial hub and a huge commercial market for all types of goods. Now let us take a look at some of the popular sightseeing destinations in New Delhi.

Below are Amazing Sightseeing Destinations:

India Gate is a gigantic gateway, which also falls under the category of top 10 must-visit locations in India. The India Gate is the symbol of patriotism, courage, and bravery shown by the 82,000 soldiers who fought the first world war of 1914, followed by the third Anglo-Afghan war of 1921. This massive gateway is the road to the Rajpath, or else the way used by the kings or royalty. As a war memorial, the India gate holds nearly the names of 13,300 soldiers who participated and left their life on the battlefield.

Here, a rifle placed in reverse, a battle helmet of a soldier, and a light, popularly known as the Amar Jawan Jyoti, which is kept in that form to pay tribute to the soldiers of the national army. Established in 1931, the Republic Day of India, celebrated on January 26, is one of the best days to visit India Gate.

Like said, New Delhi is undoubtedly a popular site where you can explore the history of India to an extremely greater extent. Humayun was one of the most prominent emperors of the Mughal dynasty, succeeding Babur, the establisher of the dynasty. It is believed to be constructed around the time 1570, by his first wife. Similar to the tombs of other Mughal emperors, Humayun’s Tomb is also constructed in a highly auspicious and breathtaking manner. It is also known as the first garden to be established, associated with all the tombs of a Mughal emperor in India. Three decades back, the Humayun’s Tomb became a part of the heritage site of UNESCO and a popular tourist attraction, which you should visit to make the time in New Delhi completely worthwhile. 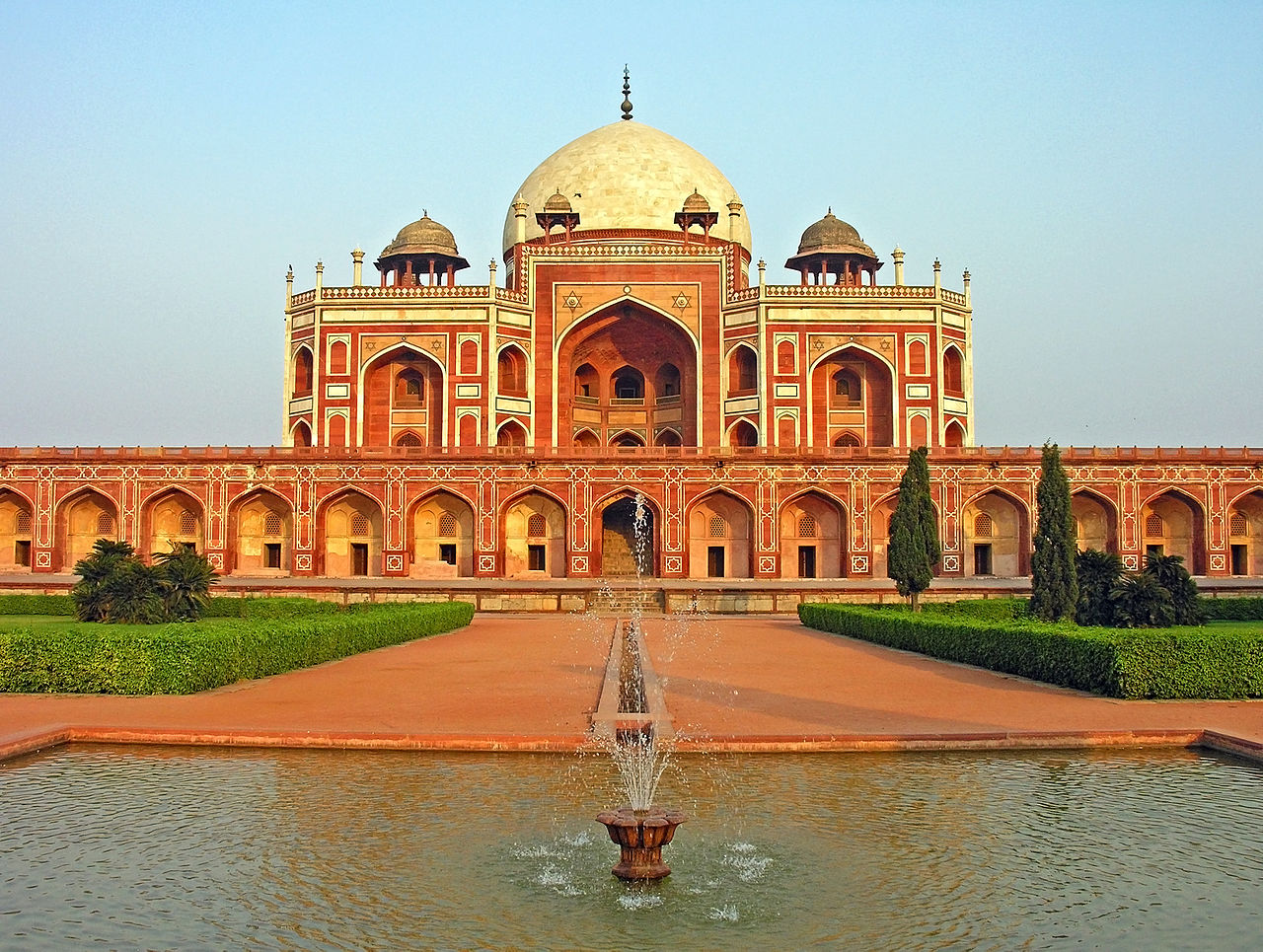 Hauz Khaz is one of the most prominent tourist destinations of New Delhi, which you should never miss at any cost. It shares an unmatchable historical prominence, in addition to the beauty of the place, known for its eminence in architecture and gardens. The complex of Hauz Khaz used to be a major township, which was one of the biggest marketplace and hangout destinations in Delhi. The craftsmanship and architectural skills employed are of pure bliss, resulting in some beautiful and breathtaking buildings and constructs. The complex extends to a lot of gardens, which are some great places to spend some quality time. There is a gigantic water reservoir too, which is classified as one of the oldest belongings of the Hauz Khaz. You can also find a lot of street food stalls and cafes to enjoy some of the local cuisines in their best form. 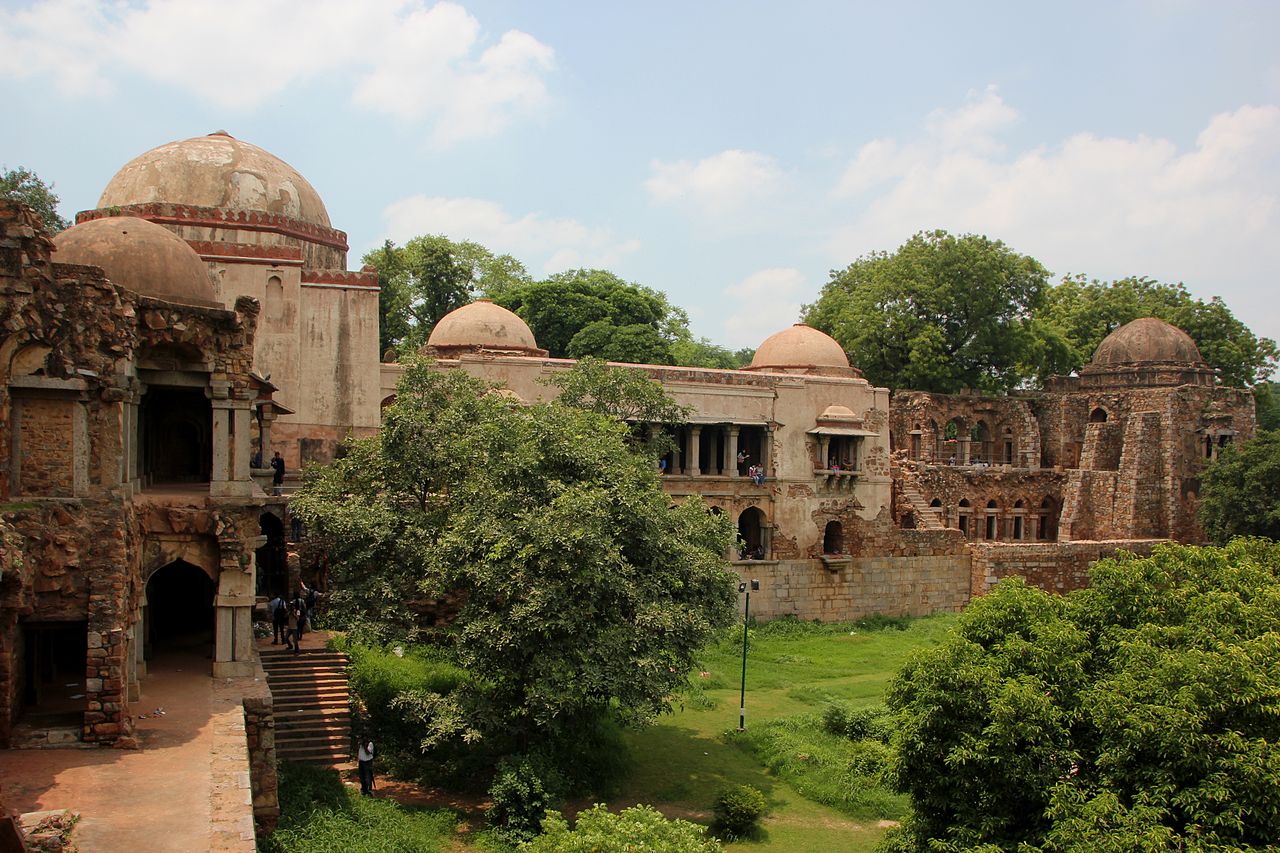 From general knowledge books to history textbooks, the name of Qutub Minar is quite a popular one. It is one of the topmost historical tourist attractions in New Delhi, which cannot be missed. The Qutub Minar, too, like the other monuments constructed in India under Islamic rule, is known for its architectural brilliance and the eminence of craftsmanship. The whole structure is made of pure red sandstone, towering a height of 73 meters. The entire structure is divided into five different stories; each of them remains to be a pleasing sight to the eyes over centuries.

A spiral staircase, which is made of nearly 379 steps, is another major attraction of Qutub Minar. The Qutub Minar is named after its founder, Qutub al-Din Aibak, the man behind the powerful and legendary Delhi sultanate. The Qutub Minar was built in 1220 and remained to be one of the oldest examples of Islamic architecture in India. 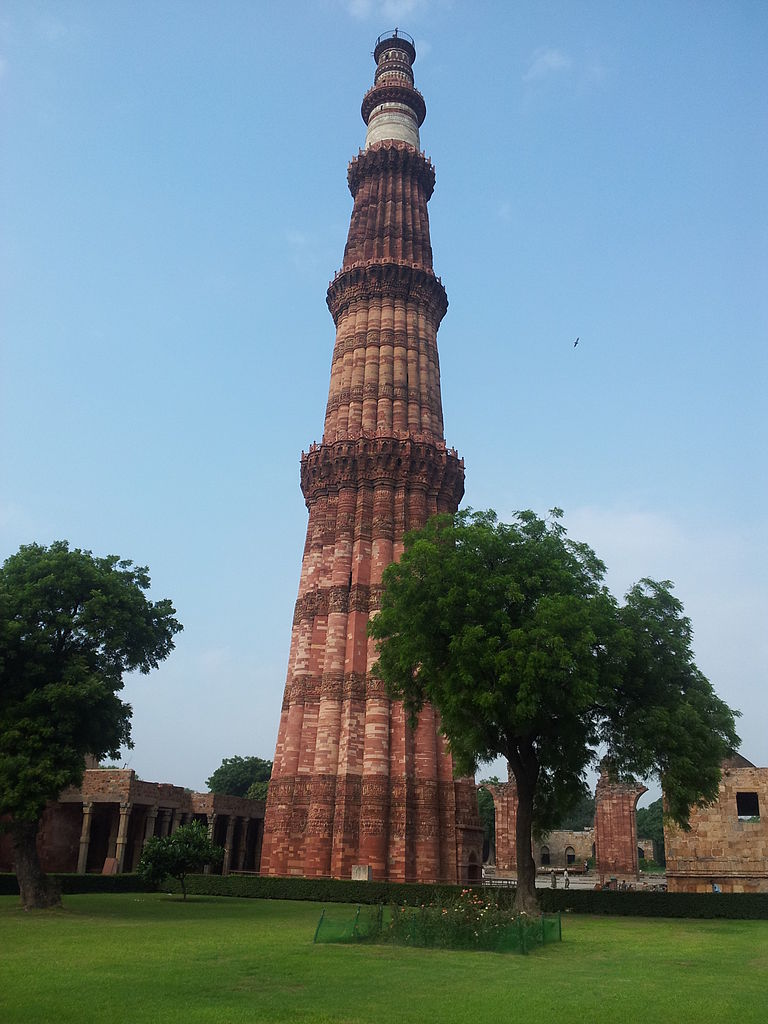 A trip to the national capital of India will remain incomplete if you miss out on the great Red Fort of India. The Red Fort of Delhi is a symbol of the power and dominance of the Mughal rule, followed by the patriotism and the identity of the nation as a united territory. The red fort holds much such significance, and it is one of the reasons behind the celebration of the Republic Day festival within its premises. The Red Fort served as the residence of the Mughal families for nearly two centuries, and the British East India Company took control of the fort. After independence, it still serves as one such monument and a building that is of top priority to the government as well as a wonderful tourist destination for the visitors.

The entire structure of Red Fort is built of red sandstone, which is the reason behind its name. Jawahar Lal Nehru also gave the speech at midnight of August 14, to announce the freedom of India from the Britishers at the Red Fort. 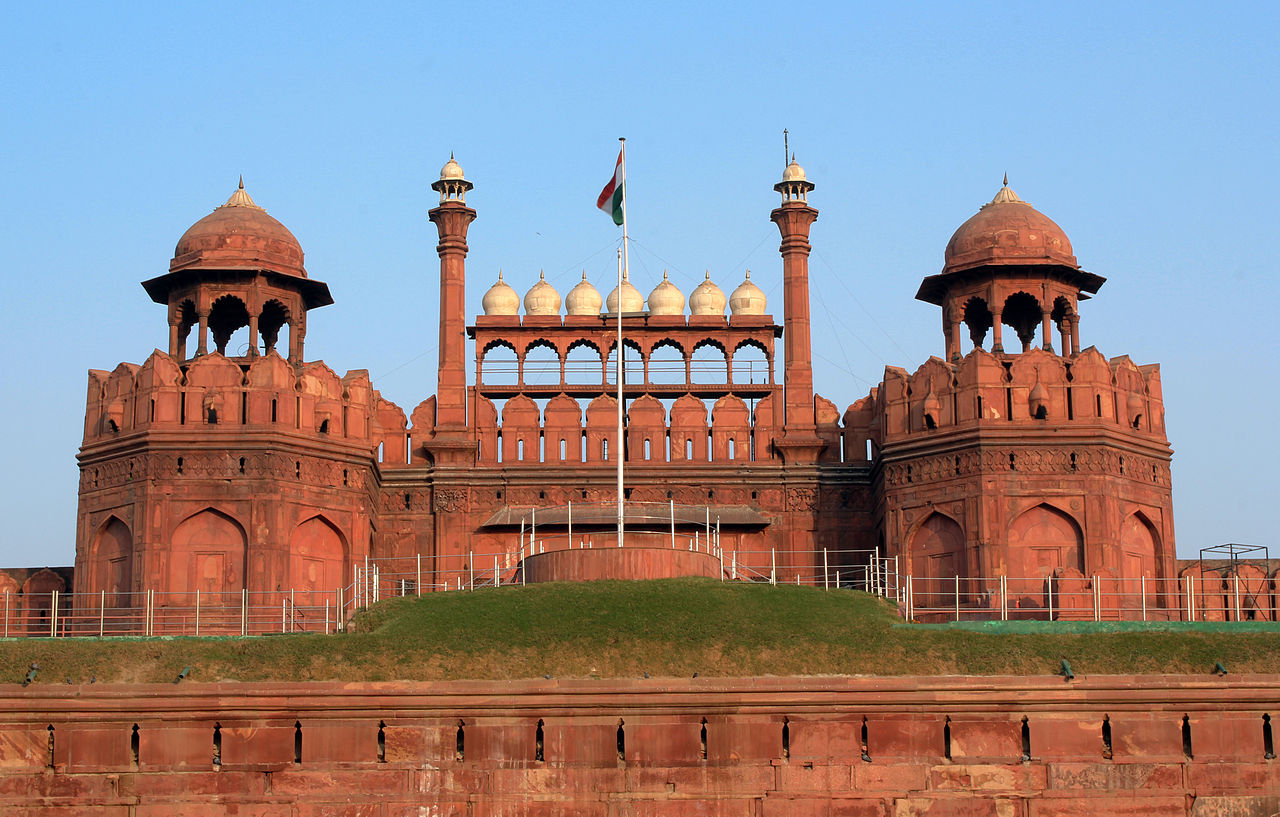 The Akshardham temple of Delhi is undoubtedly one of the most visited religious places of worship, which witnesses a huge influx of thousands of devotees every day. The temple is dedicated to the worship of Lord Narayana, a popular form of Lord Vishnu. The temple was established in the year 2005 and is well known for its magnificent architecture and the complex, which is simply breathtaking. This is an exemplary example of Hindu architecture and craftsmanship, blending with a modern form of artistry.

You can find yourself immersed in a lot of attractions and spiritual activities that will engulf you with the divinity in the air. The peaceful ambiance is soothing and highly relaxing, driving away all the mental stress. The temple complex also consists of beautiful gardens and even facilities for a boat ride in the Yamuna. It doesn’t matter if you are a devotee or not but visiting the Akshardham temple is considered as something that fulfills the trip around major sightseeing destinations of Delhi.

The twenty-first century has witnessed the evolution of temples from mere religious places of worship to sites where spirituality and mental peace is given more prominence. The Lotus Temple of Delhi is a perfect example of such a case where there is no god worshipped, but at the same time, witnesses a huge influx of visitors who are in search of mental peace. The entire ambiance of the temple, followed by the brilliance of its construction, is one of the reasons behind its popularity.

The temple is also shaped in the form of a lotus, which is considered as an ideal form of seating for meditation, as per the Yoga practices. A gigantic prayer hall is another major attraction of the lotus temple, which can house up to 2,500 visitors at a time. 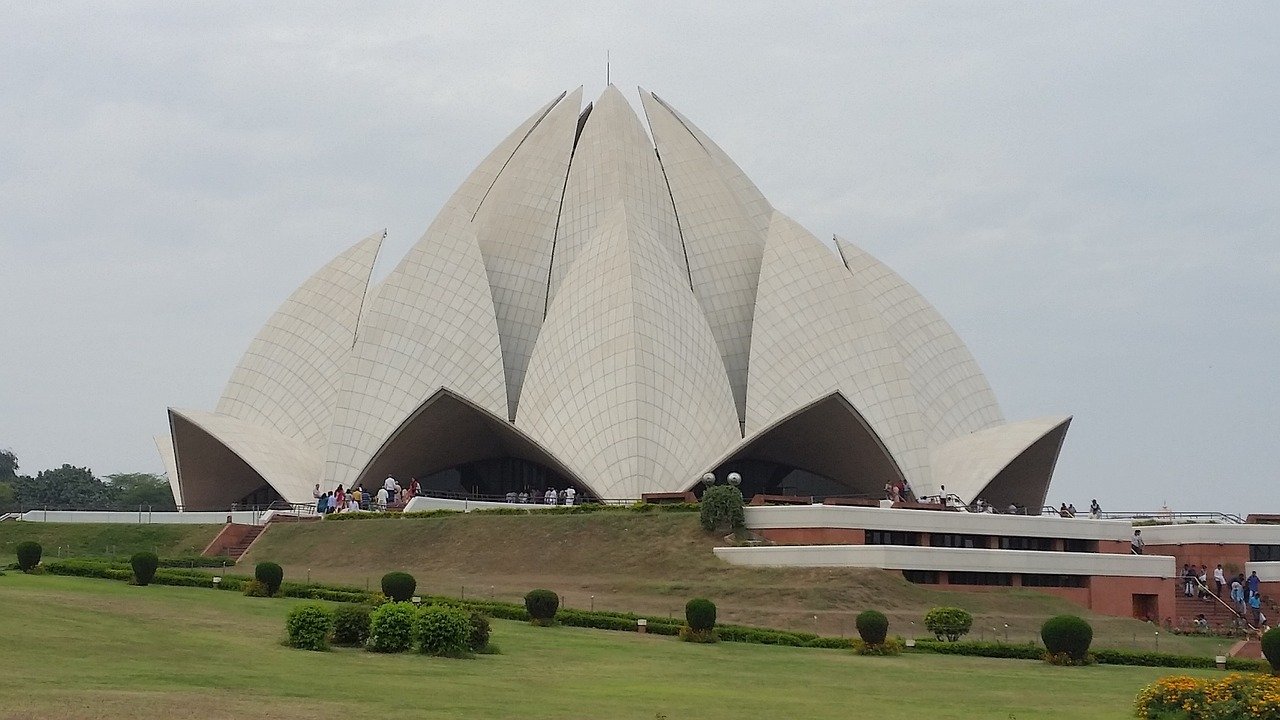 The beauty of the national capital,New Delhi, cannot be simply expressed in words, and this is something that can only be explored by traveling through its lanes. Book your tickets straight away to witness the hidden treasures of the city when it is safe to travel again. 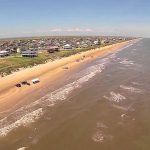 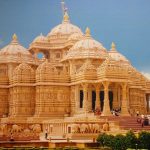 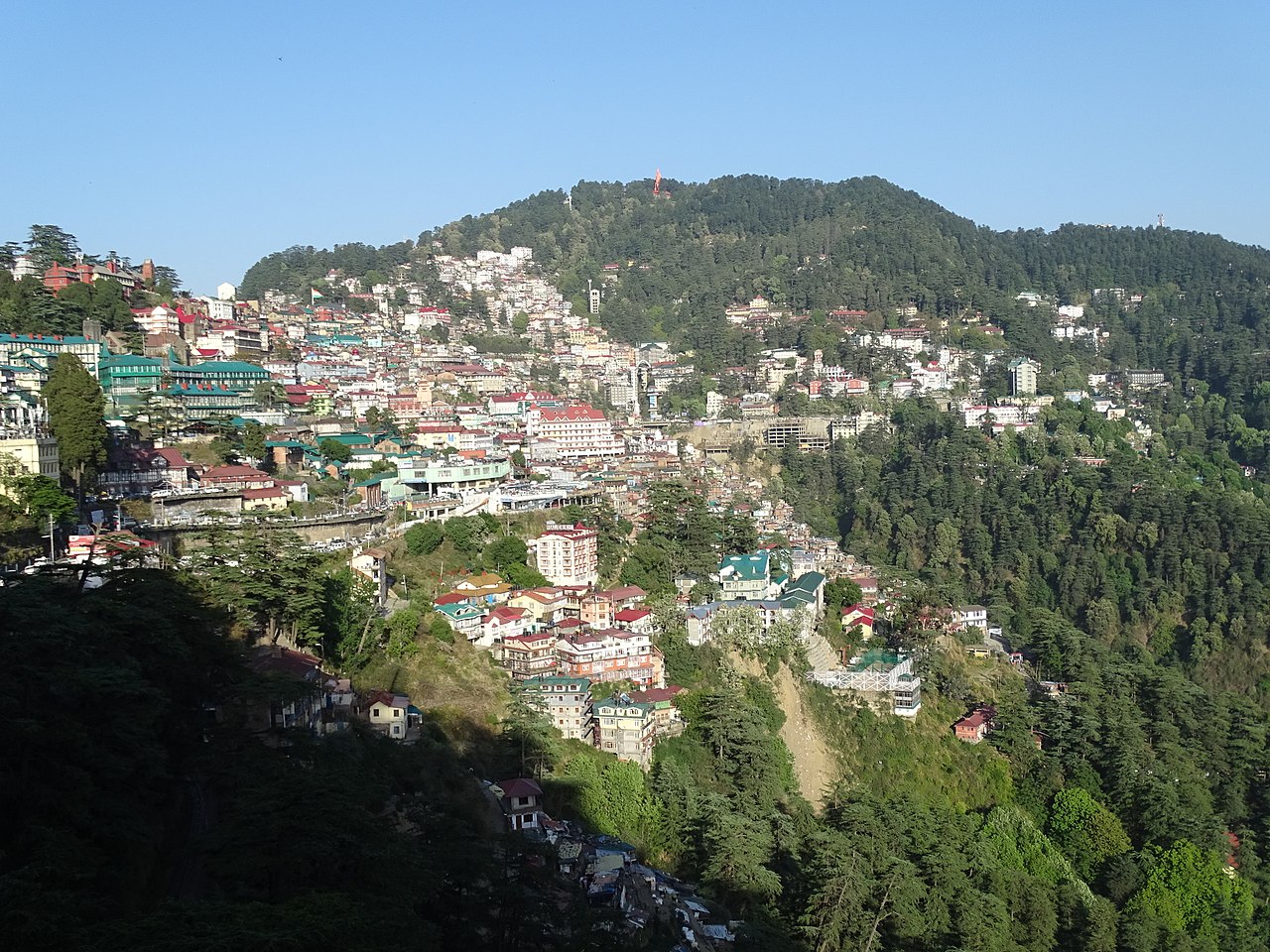 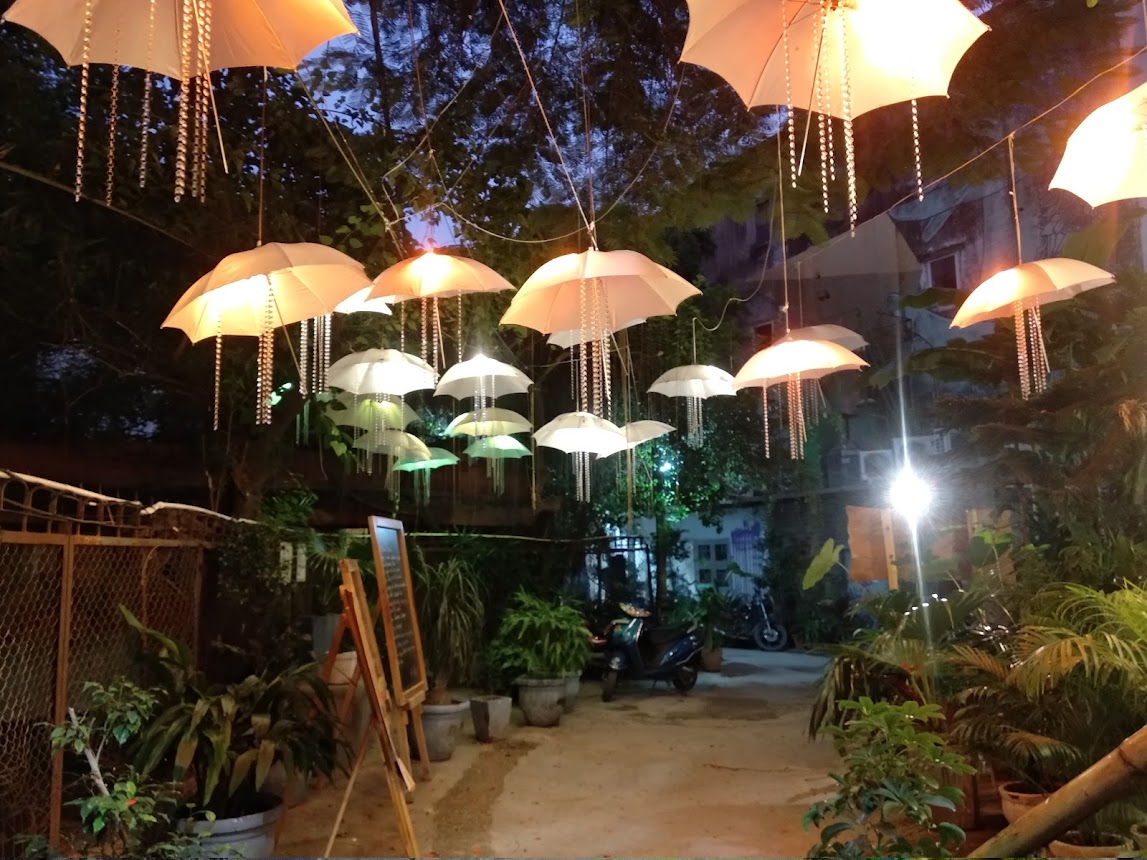