Bhalka Tirtha is in Saurashtra and a religious tourism location in the Gujarat area. Tourists and devotees from all over the world make their way to the Bhakta Tirtha. Along with this, the Bhalka Tirtha has a fantastic role to play in Indian mythology. If you plan to visit this temple, read this article to know what to expect.

The Bhalka Tirth visit is simple, as it is just a matter of walking on a straight path, unlike some of the other temples that require you to cover several steps or climb a steep staircase. The Bhalka Tirtha is an important place of pilgrimage because this is the place where Lord Krishna gave up his mortal body, after being hit by a poisoned arrow by Jara, a hunter. When you visit the Bhalka Tirtha, you will see statues depicting this incident. There are other depictions of the phases of Lord Krishna in and around the temple.

You enter the temple through a massive archway, which has minimal carvings. The temple has several small structures that have intricate carvings all over, from the top to the pillars to the platforms. The architecture that you see here is like the one you see in the Somnath temple. The color coordination is light brown and gold throughout the Bhalka Tirtha. There’s a water body inside the temple premises. The temple is also home to the footprints of Lord Krishna. Therefore, many devotees flock here. The idols of Lord Krishna and the other statues give you an enthralling look into the style of Hindu mythology architecture.

Places To Visit Near Bhalka Tirtha 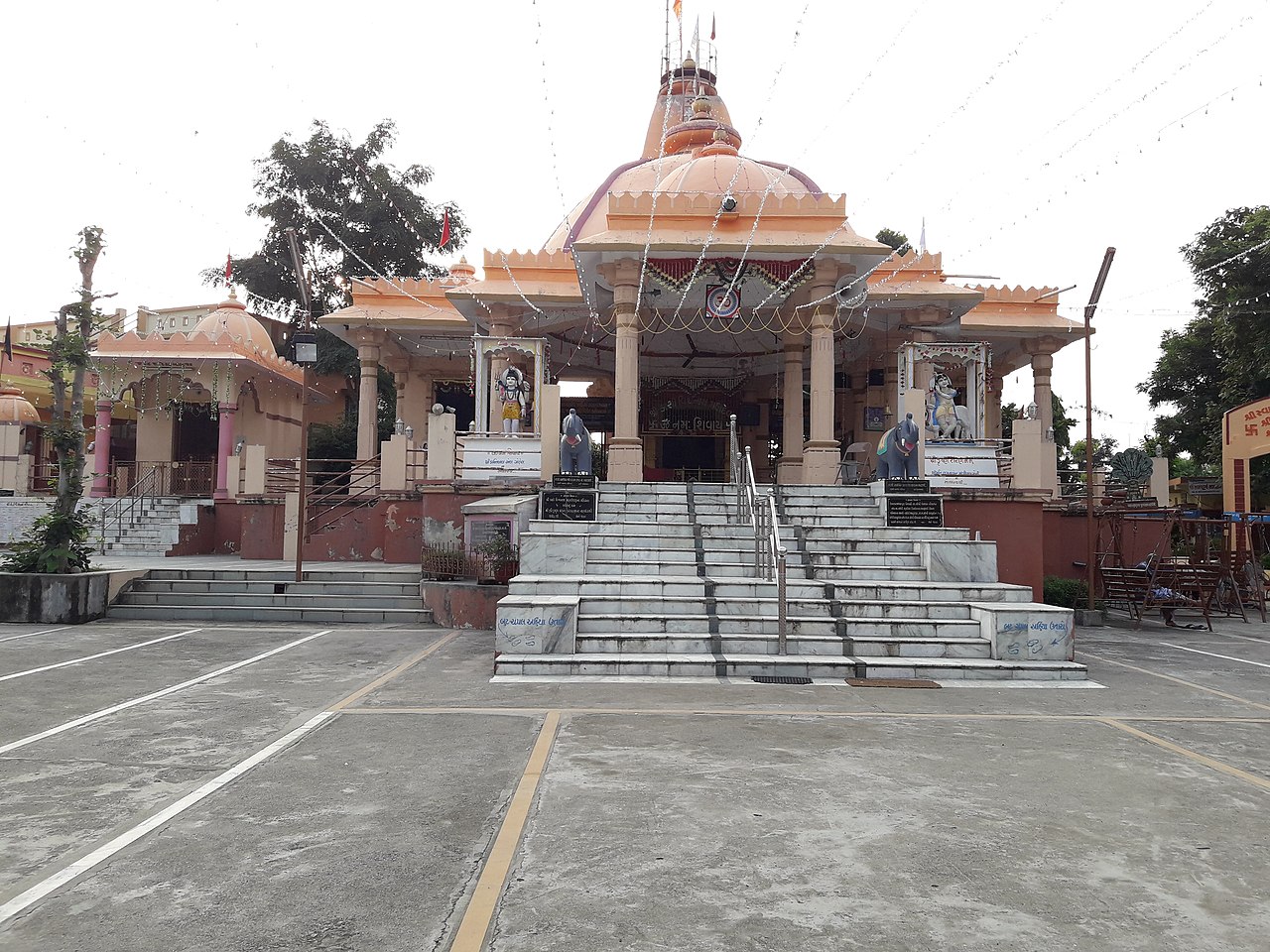 The other places and smaller temples that one can visit within the Bhalka Tirtha temple premises are the Gita Mandir, the Lakshminarayan Mandir, the Krishna Padukaji, the Golokghat, the Shri Kashi Vishwanath Mandir, the Mahaprabhuji Baithakji, and Bhimnath Mandir. In the temple premises, you will also see the footprints of Lord Krishna. Experts claim that the small cave in the Bhalka Tirtha is the place where Lord Krishna’s elder brother, Balarama left for his heavenly abode. The temple contains the footprints of Balarama and his statue, as well as a shivling. The wall has an image of a serpent, as that is the form that Balarama took to leave for his heavenly abode. You will also see the exact spot and the bark of the ancient tree where Lord Krishna went to his heavenly adobe in the temple’s premises. 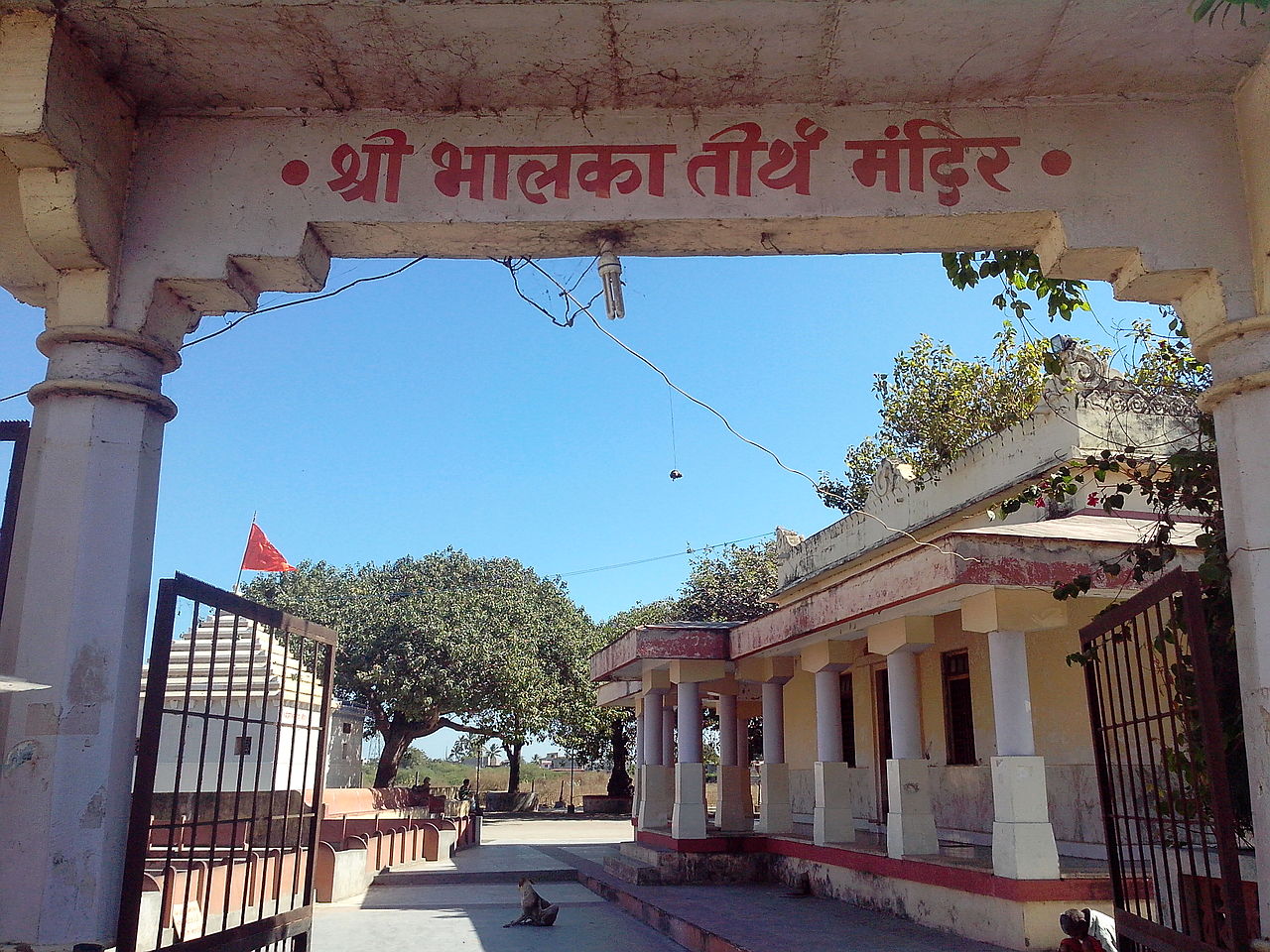 Another distinct aspect of the Bhalka temple is the idol depicting Lord Krishna lying prone, which is a rarity. Maybe that’s because past images depicting Jara begging forgiveness of the Lord have Lord Krishna in a prone position, with an enigmatic smile on his lips.

You can spend around half an hour here and take in the calm and soothing ambiance. The temples are those rare places that give you a glimpse of piety, and the Bhalka Temple is one drenched in mythology and spirituality as well.

There are some other destinations nearby that you can visit as well. You can spend a weekend in the area, so it would be a good idea to plan on doing so. For example, the more famous Somnath Temple is nearby. The Somnath Temple is one of the initial twelve Jyotirlinga Lord Shiva Shrines. Various texts like the Skand Puran and the Shreemad Bhagwat Gupta mention this temple. 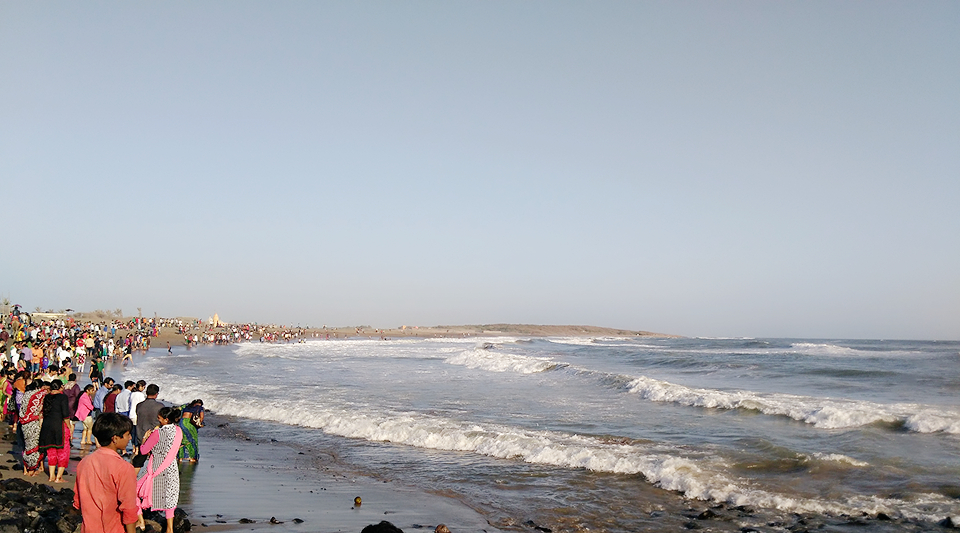 Further, you can go to Somnath Beach, another place of tourist interest nearby. The beach is a frequent visiting area for joggers and anyone who’d like to spend some time on a beach. The best time to visit the Somnath area is between October and March. Gujarat has harsh weather, and you should carry sunscreen, sunglasses, etc.

You can plan to make a day trip to the Tirtha and other places that are nearby. Also, since this is a religious place, it makes sense for both men and women to dress conservatively. While photography is allowed on a general basis, you need to make sure that you are not distressing anyone with your photography adventure.

Somnath is a place of tourist interest as well as a religious location, so you will find many hotels that offer accommodation at all budgets. If you are booking the hotels online, make sure that you check the rules and regulations. For example, some hotels do not allow single couples to board the same room while others don’t allow smoking inside the premises. Yet other hotels don’t allow pets, so you need to read the fine print.

How to Reach Bhalka Tirtha?

Bhalka Tirtha is in Somnath, which connects well with all the major cities in the country. Somnath is a place of religious importance, and you can reach it via flight, road and rail. The nearest railway station is Verawal. The nearest airport is the Keshod Domestic airport. 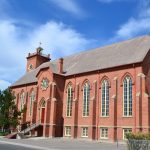 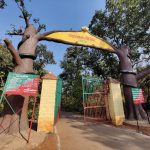 Places of Interest and Activities To Do In Chandra Prabha Wildlife Sanctuary, UP (2023) Next 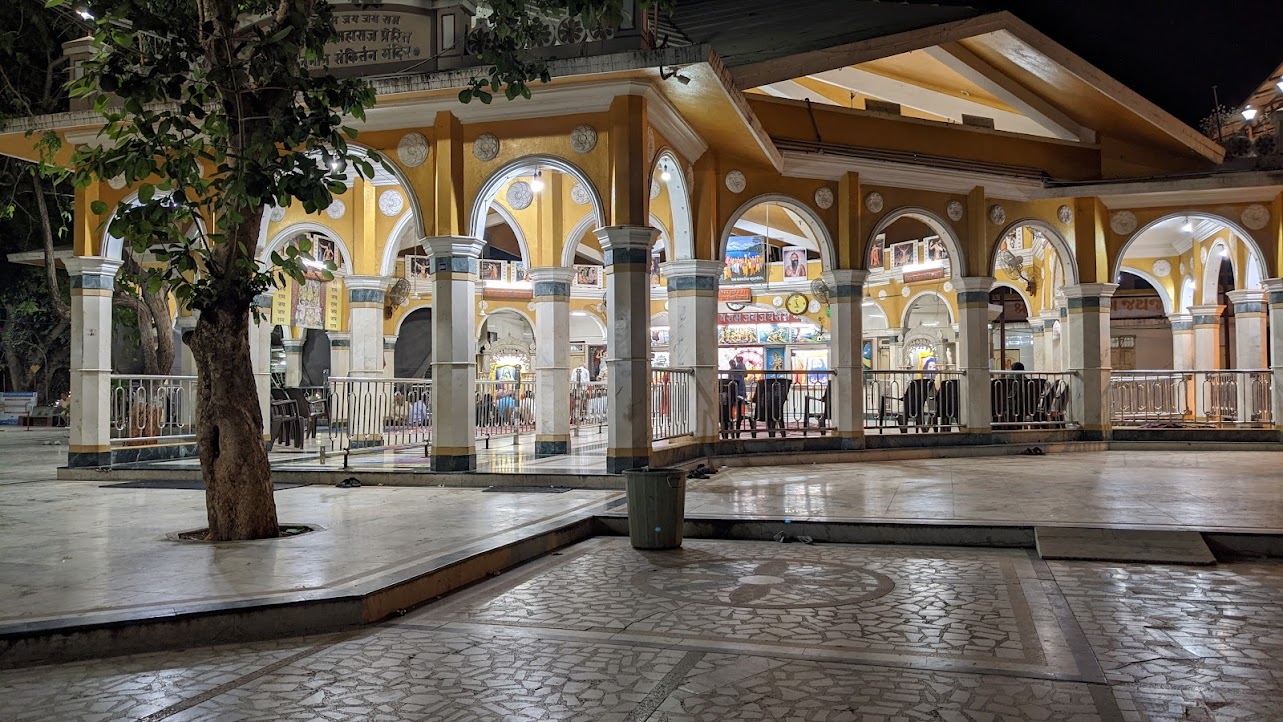