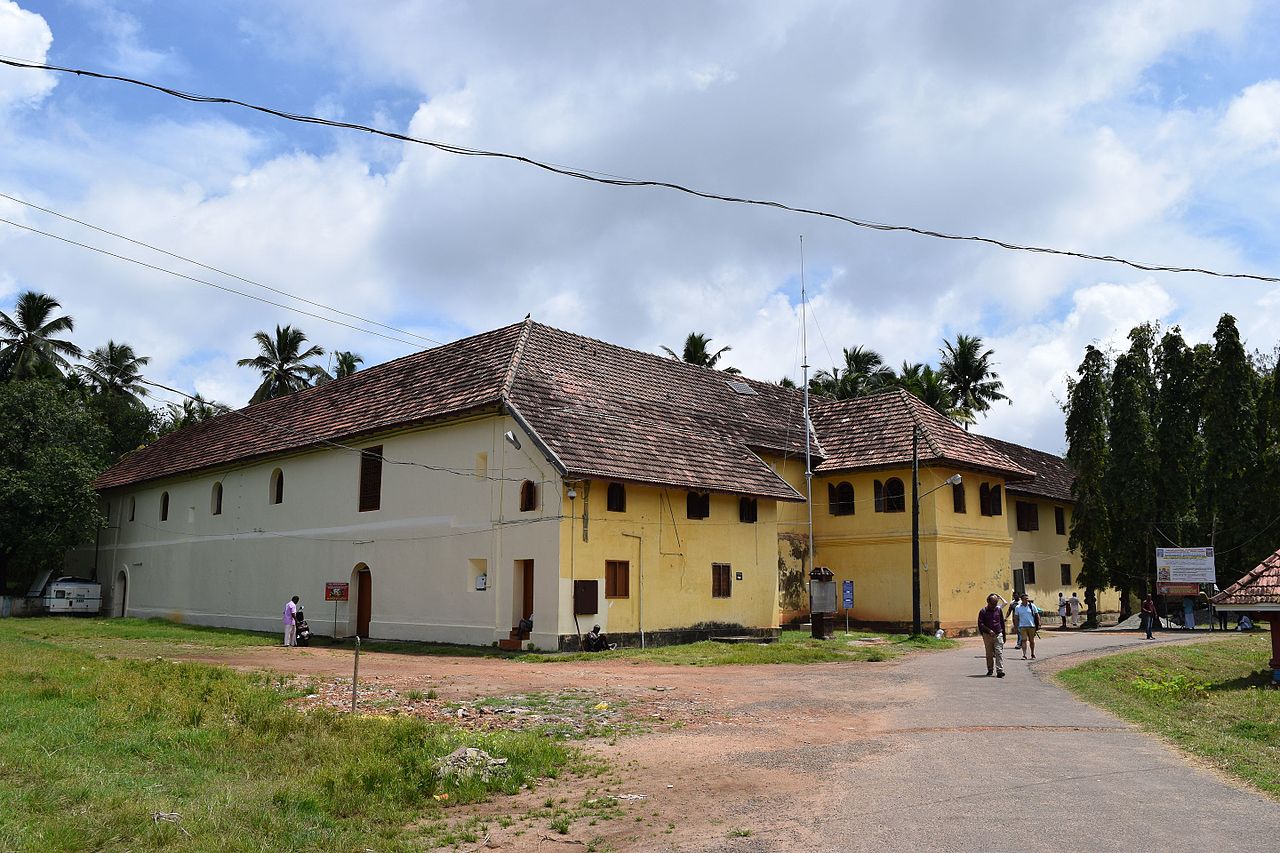 Kochi is a popular tourist destination in Kerala. Formerly known as Cochin, Kochi is a place of interest for everybody. From history to nature to adventure, there is something to do for everyone in Kochi. This financial, industrial, and commercial capital of Kerala, Kochi’s cosmopolitan culture, has made it a big draw for tourists.

With a plethora of places to explore, this beautiful city has continued to be a dominant port and trading center right from the 14th century. The town is surrounded by the stunning Laccadive Sea and is rated as the most populous city in Kerala.

This coastal city is often known as the Queen of the Arabian Sea. Kochi is actually a handful of islands that are interconnected by ferries and has a history that dates back to over 600 years. This cosmopolitan town has some of the most upmarket stores, art galleries, and heritage accommodations, along with many true vintage fashion galleries, pubs, and shopping hubs. From checking out the historical importance of Fort Kochi to the many heritage sites, Kochi is an important place to visit when you are in Kerala.

What is the History of Kochi?

The city of Cochin is strategically situated between the Arabian Sea on the west and the Western Ghats on the east. It has always been an important trading center since ancient times, and it was once known as the spice trade center of India. Kochi has had a long history of being a central trading hub for the Arabs. It was also in Kochi that the first European colonies in India began, starting with the Portuguese invasion in 1503.

Following this, the city was ruled by Dutch and British forces, and it was only after India’s Independence that Kochi started to grow in commercial significance. The growth of port activities, along with the establishment of a thriving IT industry, has made Kochi one of the most important commercial and industrial centers of Kerala today.

What Are The Top Tourist Attractions Of Kochi?

There is no dearth of beautiful places to see in Kochi. From ancient monuments to natural beauty, there are all types of attractions in this beautiful coastal city that will keep you busy for days. Here are some of the must-visit tourist spots in Kochi.

What Is The History Of The Mattancherry Palace?

It was in 1498 that Vasco da Gama landed at Kappad and was welcomed by the rulers of Kochi, who then gave them rights to build factories. The Mattancherry Palace was initially created by the Portuguese and then gifted to the King of Cochin in 1555. This great influence of the Portuguese was then supplanted by the Dutch, who took over the Mattancherry Palace in 1663. The Dutch then carried out extensive renovations and extended the palace premises. Since then, the palace has been popularly known as the Dutch Palace.

What Is Unique About The Architecture Of The Mattancherry Palace?

The Mattancherry Palace is known for its beautiful architecture. The palace is constructed in a quadrangular shape, and it has a traditional Nalukettu style of architecture. There is also a hint of European influence on the architecture, especially on the chambers and the arches. There is a courtyard in the middle of the palace that has three temples dedicated to Lord Shiva, Lord Krishna, and Pazhayannur Bhagavati, who was the protective goddess of the royal family of Kochi.

There is a dining hall with an ornate wooden ceiling that is beautifully decorated with a series of brass cups. Throughout the palace, there are some exquisite and rare examples of traditional Keralan flooring made from a mixture of burnt coconut shells, lime, plant juices, charcoal, and egg whites, and appears to look like black marble.

The grandeur of the Mattancherry Palace still lies in its simplicity and the typical Keralan architecture that it has been built in. The four separate wings of the palace surround the central courtyard in which the temples are located.

Throughout the palace, there are many murals that depict various portraits and exhibits of the Kochi royal family. The palace has been painted in warm colors using the tempera technique. There is also a portrait gallery of the erstwhile kings of Kochi, along with numerous beautiful mythological murals.

How To Reach The Mattancherry Palace?

Unlike what the name suggests, Fort Kochi is not a fort. It is, in fact, a small fishing hamlet that was later converted to become the first European township in India. Today Fort Kochi is one of the most popular tourist places of Kochi and adds a certain charm to the entire city. This seaside town is located south of the central city of Kochi and is the best place to visit if you want to see the old remnants of historical Cochin. 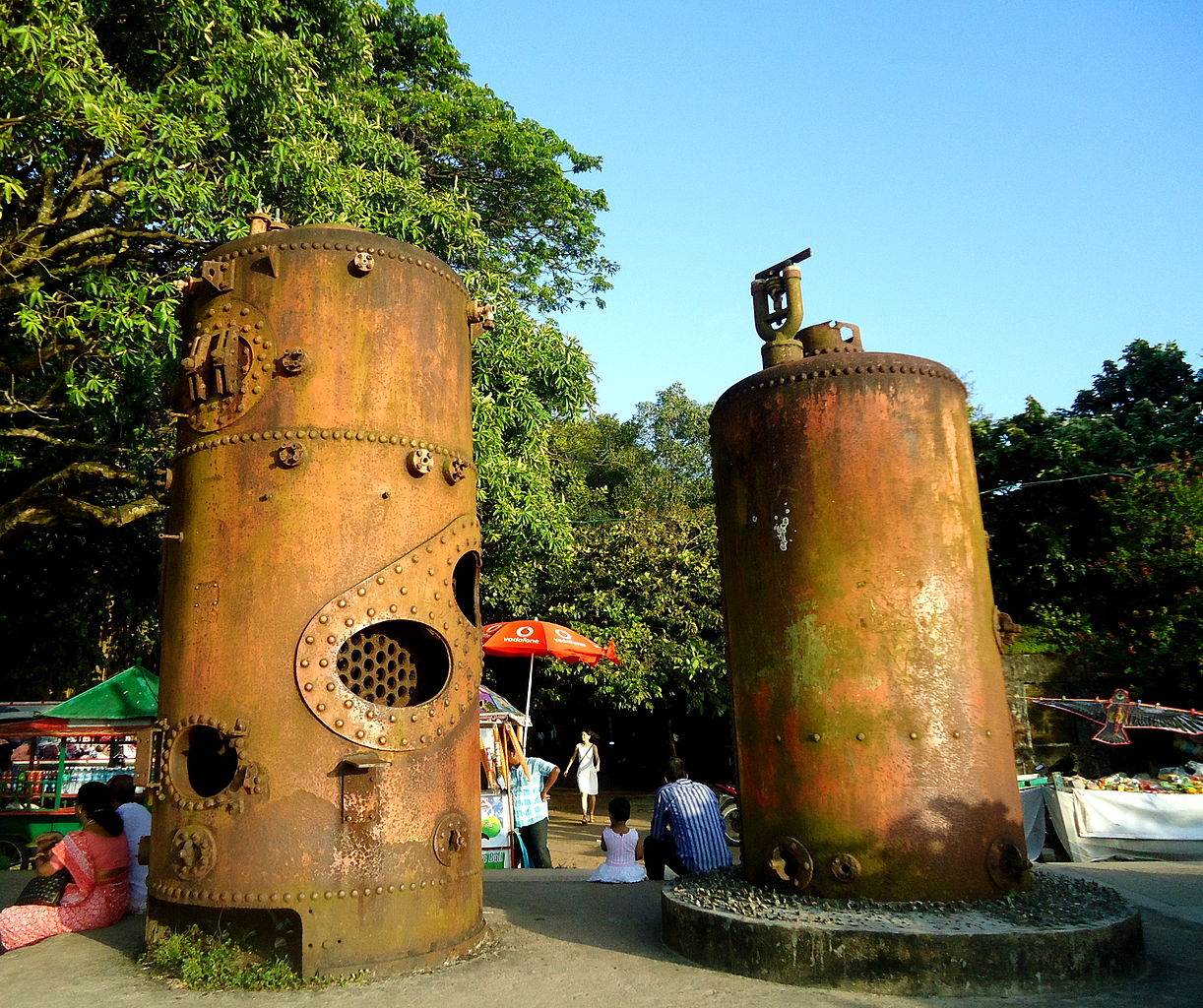 Fort Kochi is best known for its old-world colonial charm and the place even today holds on to every single cultural change that the city has gone through in centuries.

From seeing the remnants of the British rule in Kochi to getting a glimpse of how the Portuguese and Dutch colonialism affected this place, you will find many European structures dotting this quaint little place. In fact, the overall ambiance of Fort Kochi will remind you of the colonial powers that once ruled throughout Kerala.

You get to see beautiful toy-town-like streets, charming and colorful buildings, and a stunning view of the beach, very similar to the small coastal towns of southern Europe. It would be correct to say that Fort Kochi offers you a slice of Europe right in the middle of Kerala.

Don’t forget to check out Fort Kochi Beach when you are here, especially during sunset when the golden rays of the sun bathes over this entire magical town. 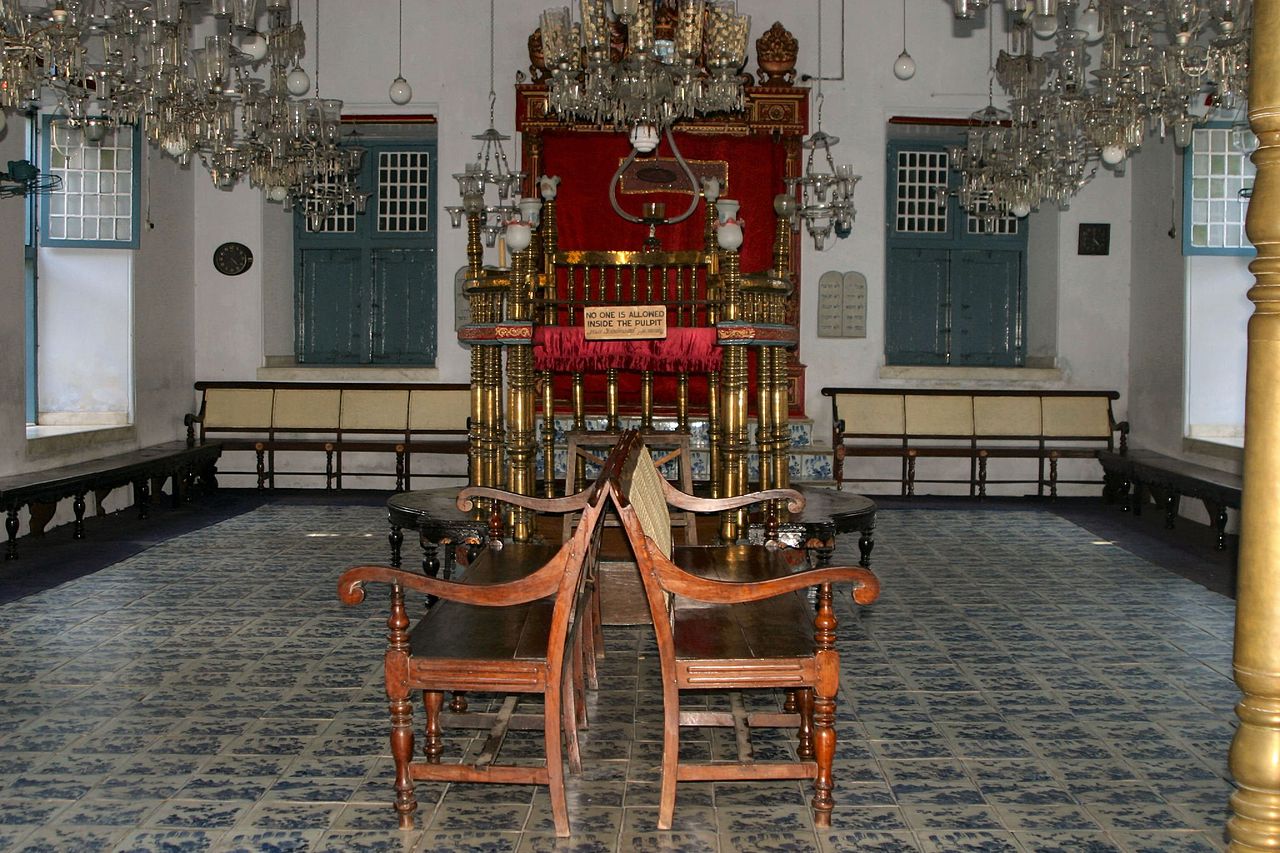 Located in the Jew Town part of Kochi, the Jewish Synagogue was built in 1567 and is one of the seven synagogues of the Yehudan Mappila or Malabar Yehudan.

The synagogue shares its walls with the famous Mattancherry Palace, so it is a good idea to visit both these attractions on the same day. It was constructed by Spanish-speaking Jews and is therefore known as the Paradesi synagogue as well, Paradesi meaning foreigners. The synagogue is also a very historically important place today. It boasts of having many rare antiques like beautiful chandeliers, brass railed pulpit, clock tower, Chinese hand-painted tiles, and many other items.

The synagogue has striking architecture and has a complex of four buildings of its own.

The Veeranpuzha Lake is a beautiful and stunning lake in Kochi that is located along a series of brackish lagoons. The lake lies parallel to the Malabar Coast, which forms the serene backwaters of Kerala. 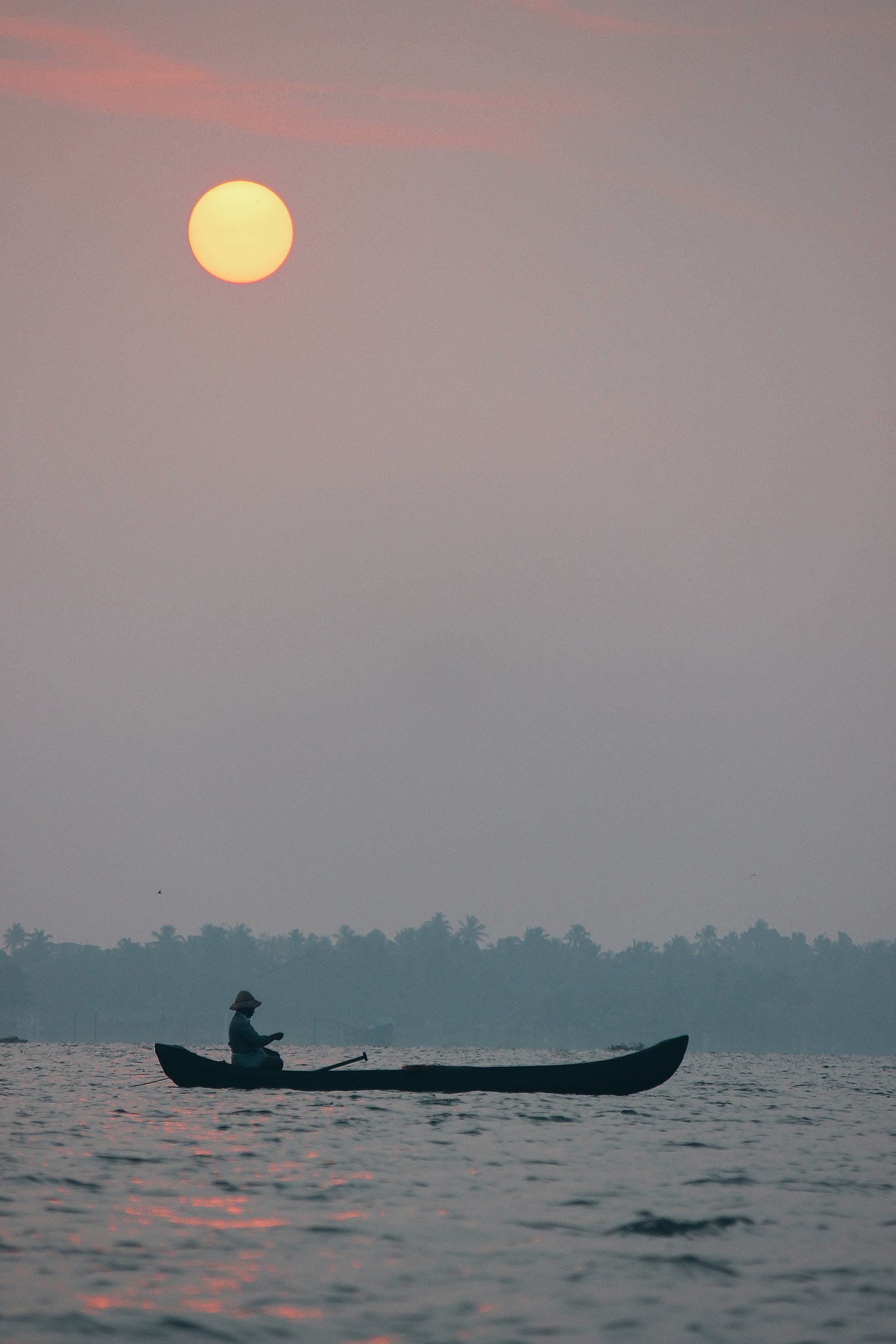 Veeranpuzha Lake and Backwaters is located in the northern part of the famous Vembanad Lake and surrounded by lush green paddy fields.

If you visit the place during the weekends, you will find many people practicing angling, a popular activity amongst the locals.

The Willingdon Island is a must-visit place in Kochi. This is one of the biggest human-made islands in India and is named after Lord Willingdon, who was the British Viceroy of India. This is a beautiful island that provides a very important link between the Kochi Port and other national and international ports. The island is also home to many luxury hotels. 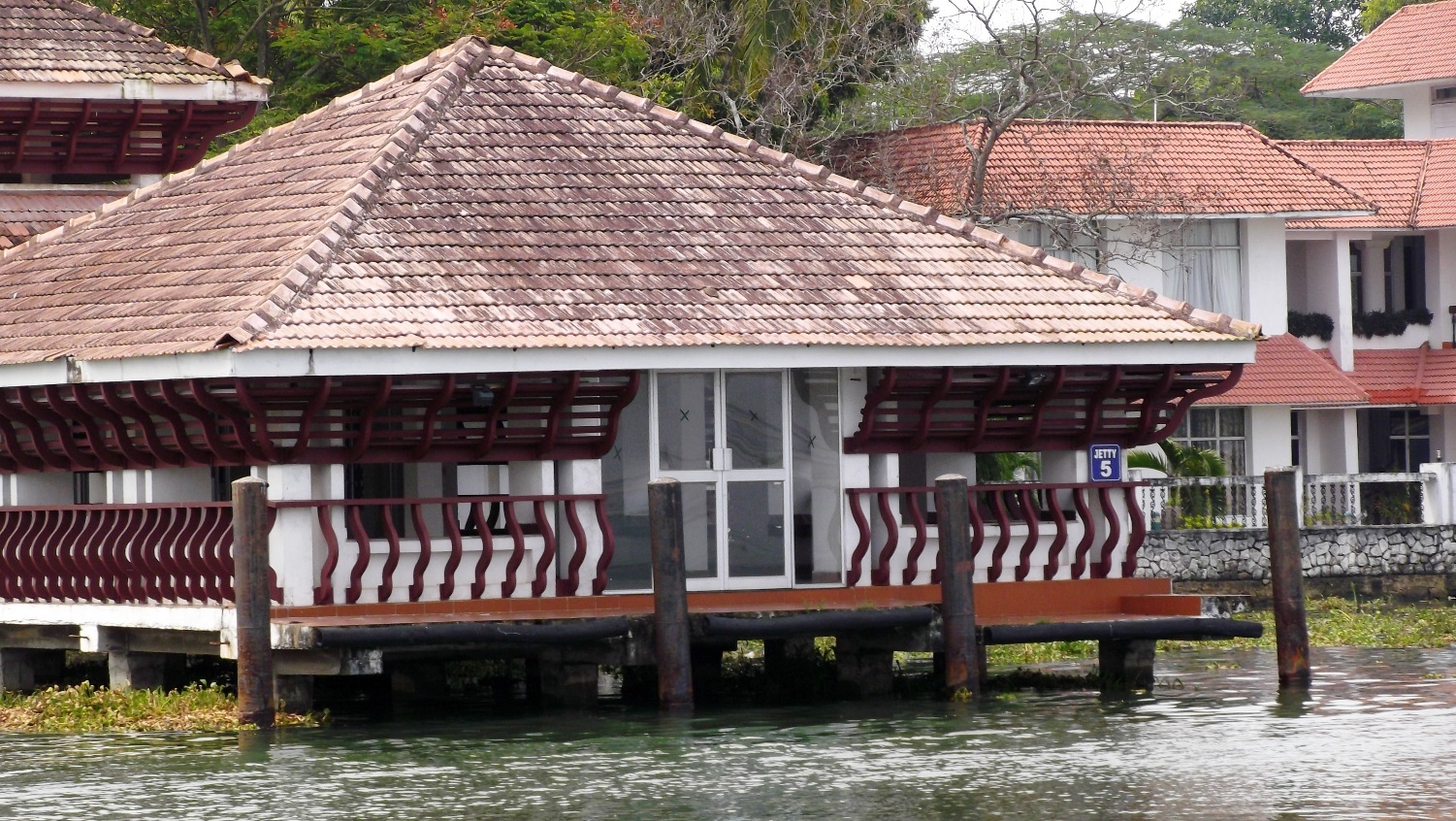 There is a bridge that connects Willingdon Island to the mainland of Kochi, and you can take a ferry ride from the Kochi Port to reach this island. The ferry ride costs around Rs. 6.

The Willingdon Island is also the headquarter for the southern naval command of India. There is also a museum and natural habitat that visitors can explore while here.

Sprawled over an impressive 2.74 hectares, the Mangalavanam Bird Sanctuary is located in the heart of Kochi city. Having 18 acres of mangroves, this sanctuary is home to a massive variety of local and migratory birds. It also has one of the most densely populated species of trees and plants. 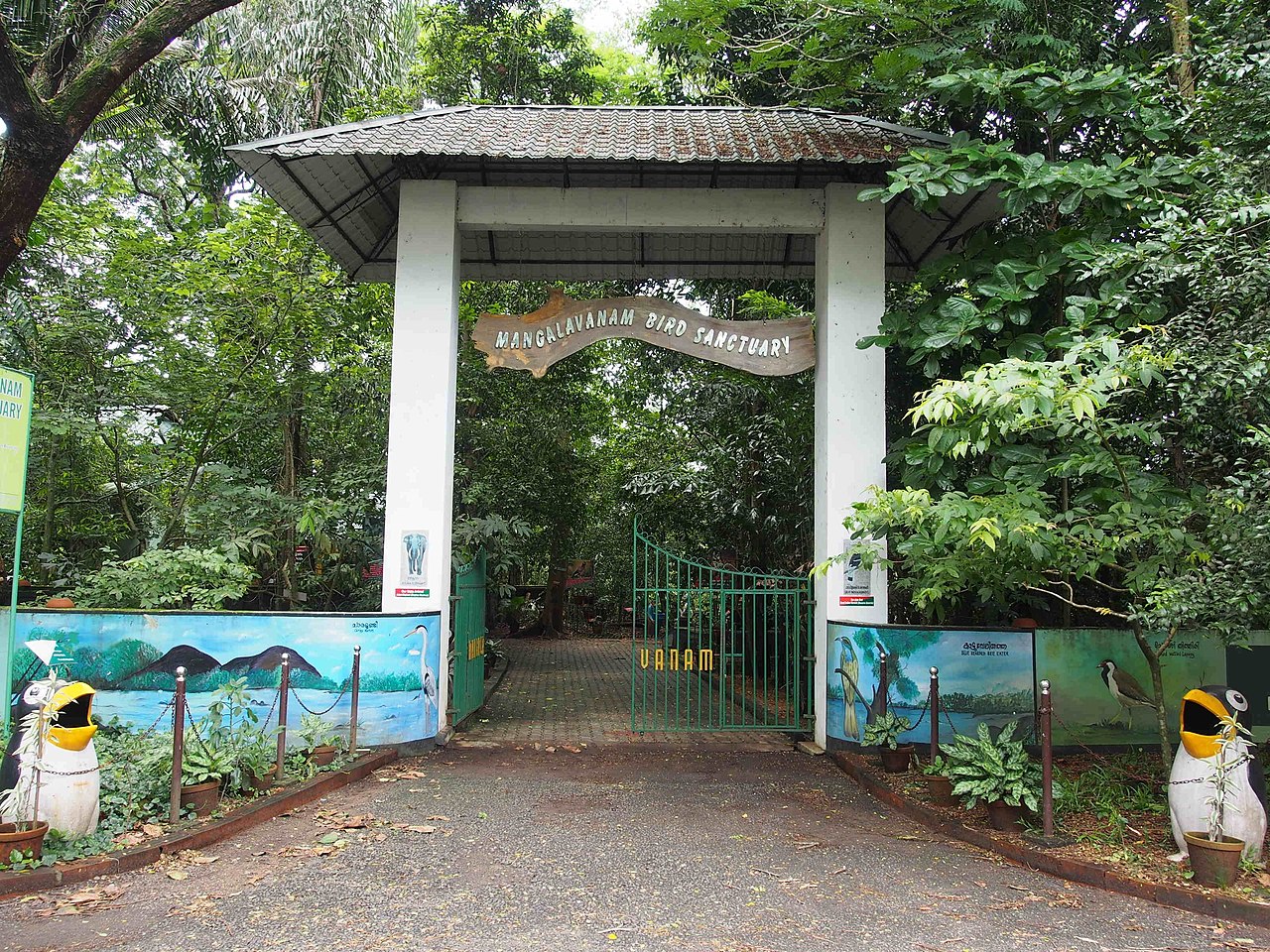 There is a shallow tidal lake located in the middle of the sanctuary that is surrounded by thick mangrove vegetation. A canal connects this lake to the backwaters of Kochi. One of the main attractions here is the mesmerizing watchtower that overlooks the sanctuary and provides some of the most stunning views of the entire area to visitors.

What is unique about the Mangalavanam Bird Sanctuary?

The Kerala Forest and Wildlife Department today conducts several free nature camps at the sanctuary. Tourists from all over the world attend these camps to promote more knowledge about this unique protected region and the importance of the mangrove vegetation here.

When is the best time to visit the Mangalavanam Bird Sanctuary?

The best time to visit the Mangalavanam Bird Sanctuary is during the early summer months. You can start visiting from mid-January till early-March when the daytime temperature remains quite pleasant, and you can enjoy outdoor activities.

The Bolgatty Palace is located on the Bolgatty Island of Kochi. It is one of the oldest existing and well-preserved Dutch palaces that is located outside of the Netherlands. Despite being a Duitch palace, the palace is still one of the most exquisite examples of the traditional Kochi architecture style. It was constructed in 1744 by Dutch traders and later extended, and gardens were landscaped around the palace. 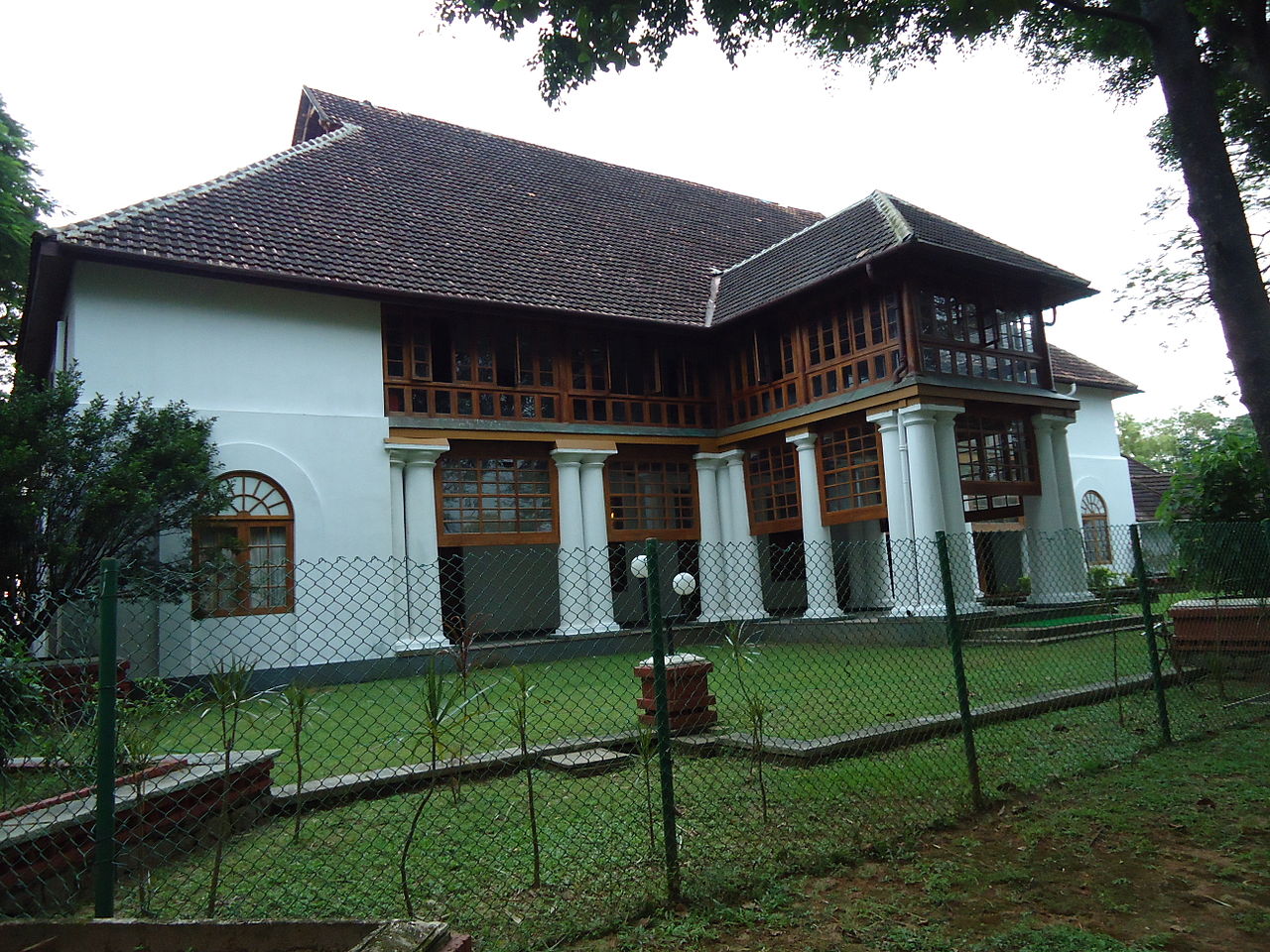 In 1947, the palace was converted into a heritage hotel, and you can book a stay here in one of its luxurious rooms to truly enjoy the charms of the Bolgatty Palace.

The Chottanikara Bhagavathy Temple is one of the most revered Hindu temples in Kerala. The temple is believed to be over 1500 years old. The goddess Chottanikkara Bhagavathy Amman and Keezhu Kaavu Bhadrakali Amman are worshipped in this temple as healing goddesses. There is a popular legend associated with this temple that regular worshipping of these deities can cure you of life-threatening diseases as well. 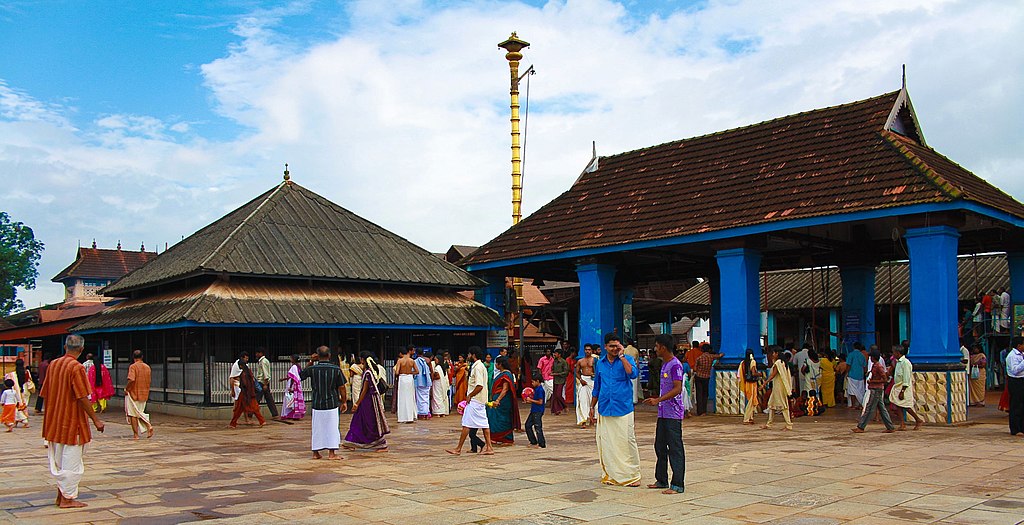 One of the unique things you get to see in this temple is the Pala Tree pierced with thousands of nails. The reason behind this is that people praying at the temple who get cured of mental disorders come back to drive a nail into this tree.

What are the other attractions to see in Kochi?

There are many other beautiful places to see in Kochi, including:

Once you are done with sightseeing, don’t forget to relish some of the best seafood cuisine cooked in traditional style at one of the many restaurants in Kochi. 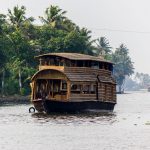 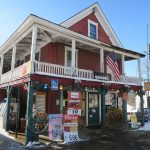 12 Fascinating Shopping Places in Tucson (2022) Next