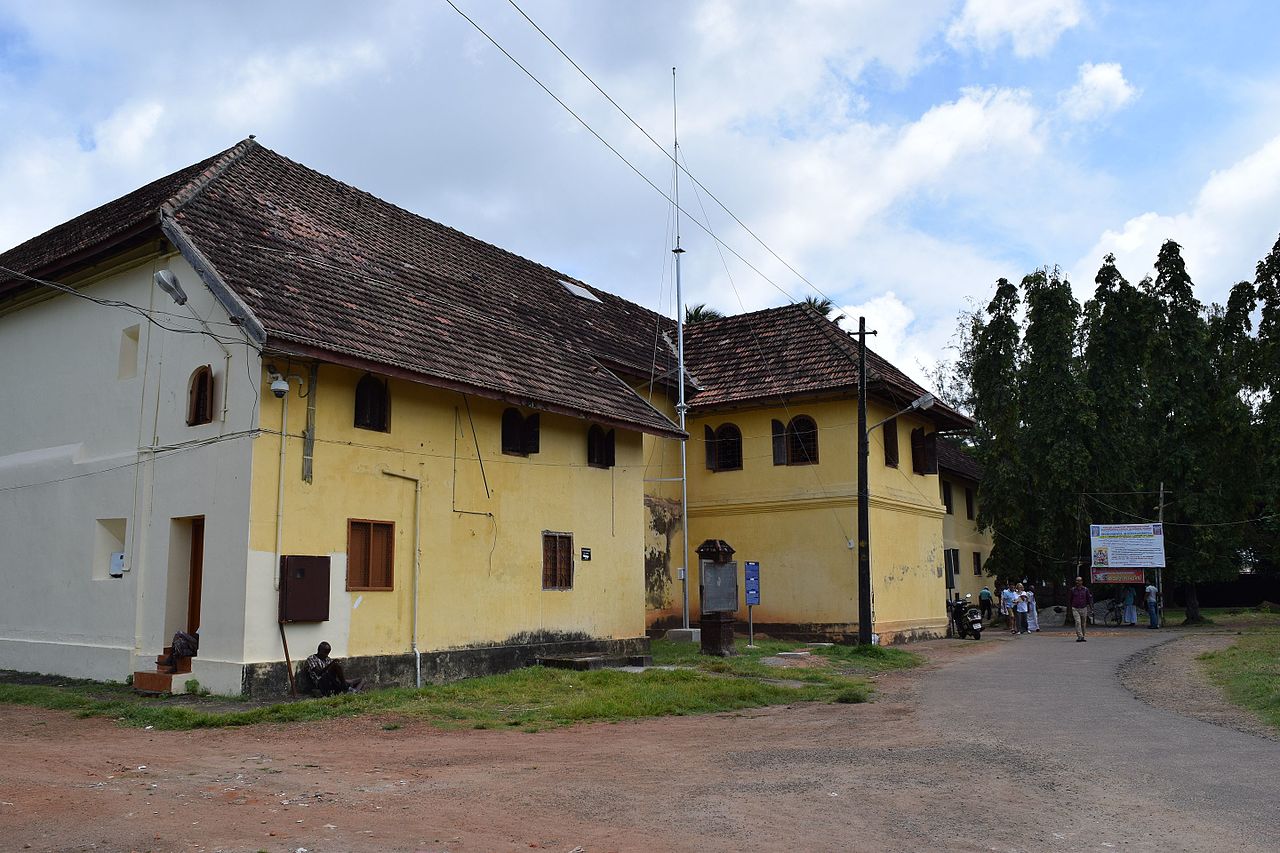 Kerala is God’s Own Country. Blessed with an abundance of nature, Kerala has a beautiful coastline that needs no introduction. Interlinked with the serene backwaters of Kerala, the beaches serve to connect an elaborate network of water bodies in the state. From enjoying the azure blue waters of the Bekal Beach to connecting to the backwaters at the Allapuzha Beach, there is a favorite beach for everyone who visits Kerala.

Kerala – God’s Own Country, is one of the most beautiful tourist destinations in India. Apart from being blessed with an abundance of natural beauty, Kerala has a rich history. Once a central hub of the global spice trade, the rich past of the state is reflected in the glorious architecture, culture, and landmark monuments. The state of Kerala has witnessed many royal families from the Dutch, Portuguese, British, and Jewish colonies come and go. Even today, there are many historical monuments leftover from the bygone era that has withstood the test of time to tell about the glorious past.

Here are some of the most important historical places in Kerala that every history buff must visit.

Located in Kochi, the Mattancherry Palace is popularly called the Dutch Palace. This historical monument is a Portuguese palace that has been turned into a museum that displays the many paraphernalia that once belonged to the many kings of Kochi, Kerala. If you want to learn more about the fascinating history of the state and Kochi, then this is the right place to visit. The irreplaceable artifacts and embellishments kept on display at the Mattancherry Palace cannot be found elsewhere in Kerala.

The grandness of the Historical Mattancherry Palace lies in its simplicity and the simple style in which it has been constructed in a typical Kerala-style. There are four separate wings at the Mattancherry Palace, which are surrounded by a central courtyard, inside which there is a temple as well.

The walls of the Mattancherry Palace are decorated with various murals that depict portraits and exhibits of the kings of Kochi and are painted in warm colors to lend a homely feel to the palace.

There are actually three temples inside the Mattancherry Palace, dedicated to Lord Krishna, Lord Shiva, and Pazhayannur Bhagavati, who is the protective goddess of the Kochi royal family for decades.

Another historical place to visit in Kerala is the Bekal Fort in Kochi was built over 300 years ago and is considered to be the biggest and best-preserved forts in all of Kerala. The Bekal Fort is surrounded by lush greenery, and it is an important historical monument. The fort is surrounded by the beautiful, golden Bekal Beach, which offers a breathtaking view of the Arabian Sea spread out for miles and miles. You can get some of the most awe-inspiring views of the sea and the beach spread out below from the top of the Bekal fort. There is a high observation tower at the fort where cannons used to be placed that is now used by photographers and people taking selfies against the beautiful backdrop. 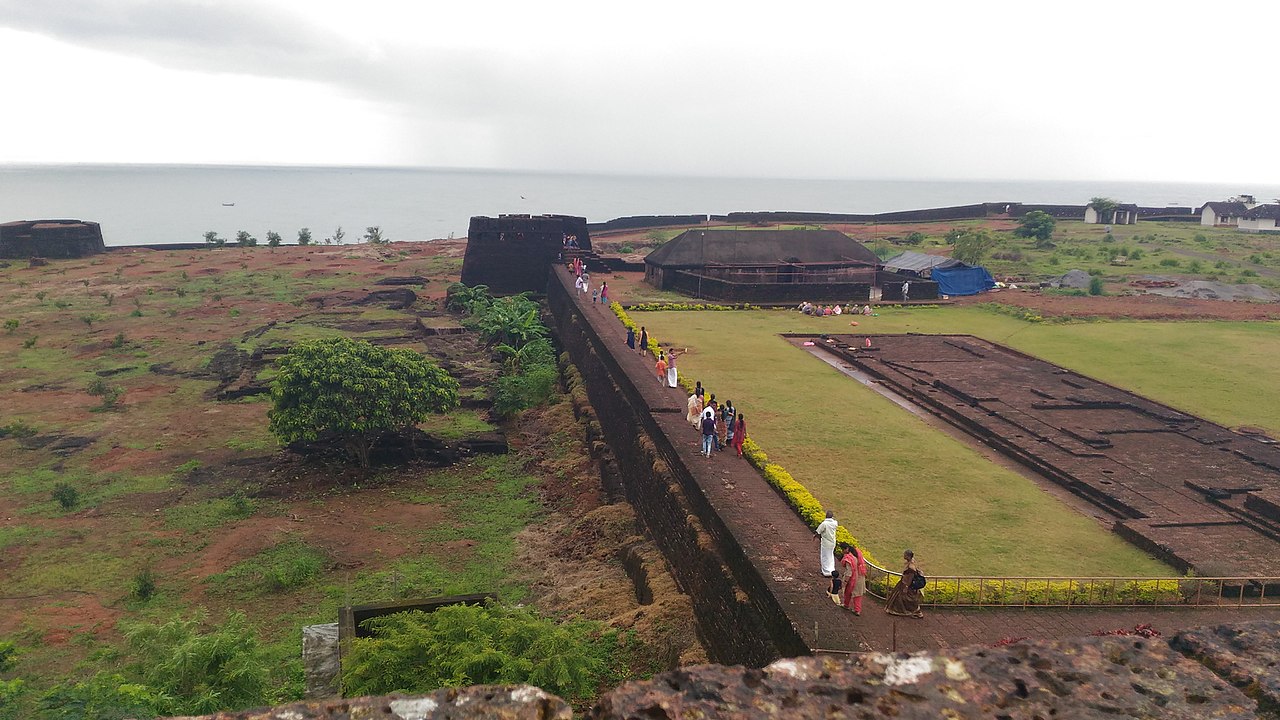 The beautiful walkway of the historical Bekal fort and the illuminated beach have made the Bekal Fort a very popular tourist attraction, and it is also a favorite walking spot for the locals. Many Bollywood songs, including A. R. Rahman’s famous song ‘Tu Hi Re,’ have been filmed at this picturesque fort.

The Bekal Fort is constructed in a keyhole-shape, and it stands proud and majestic against the rocky shores of the Arabian Sea. The Bekal Fort was built by Shivappa Nayaka of Bednore in 1650 with the purpose of defending the coastline.

The historical fort is spread over an area of 40 acres, making it the largest fort in Kerala. In 1992, the Government of India declared the Bekal Fort as a special tourism area.

There are many modes of transportation available to take you to the Bekal Fort. You can take a bus ride, which takes about an hour, or you can hire a cab or autorickshaw. There is also a railway station located just about 2 kilometers from the fort.

Located in Wayanad, the pre-historic Edakkal Caves are one of the most important historical places in Kerala. These caves are a set of two naturally occurring alcoves that measure a length and width of 96 and 22 feet, respectively. The caves are located 1200 meters above sea level, and to visit the caves, you will need to trek for at least one and a half hours to reach the entrance of the cave and another 45 minutes to get to the mouth of the cave. 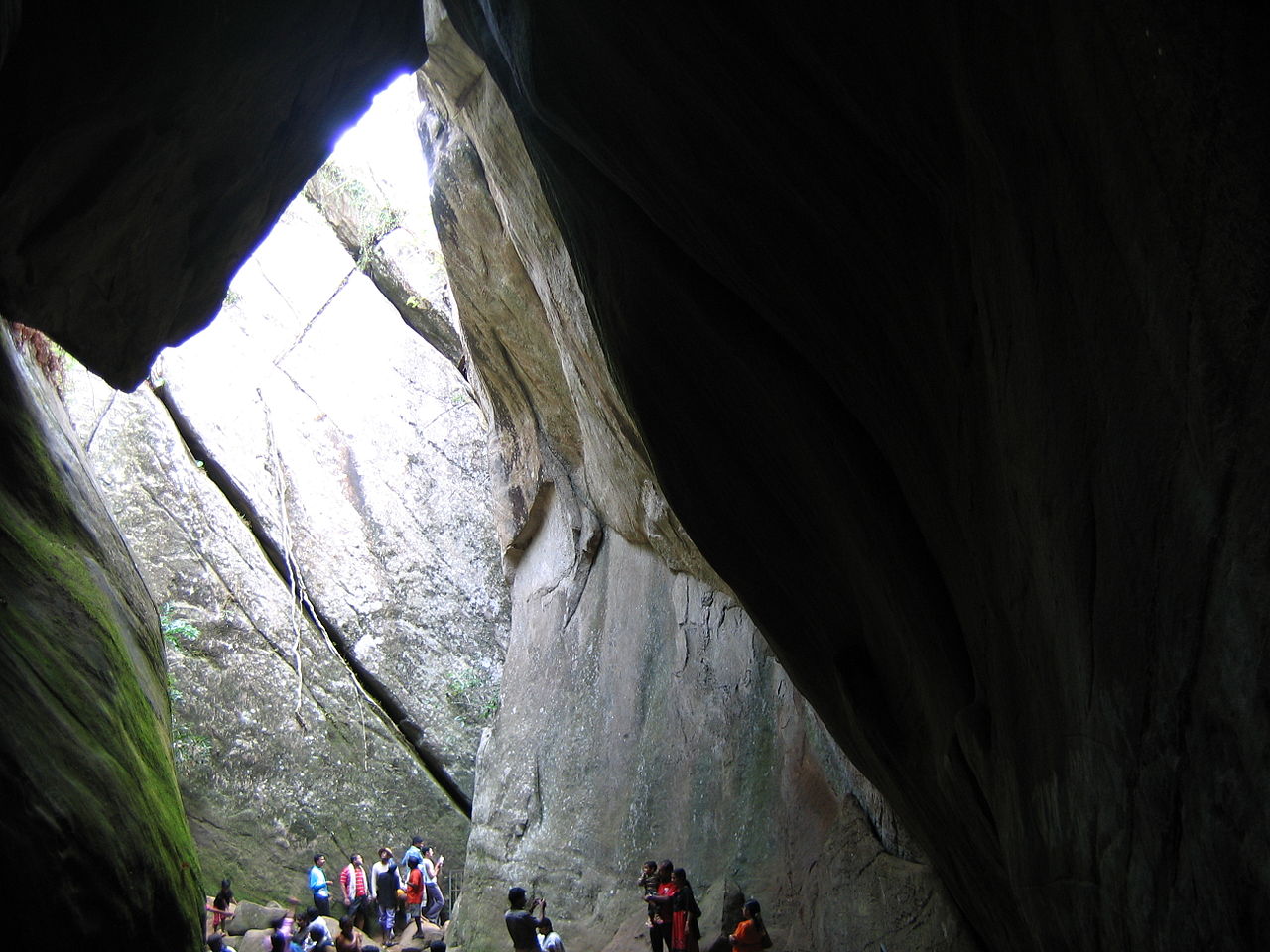 Edakkal caves of Kerala are both historically and archaeologically significant owing to the carvings inside the cave that date back to the late Stone Age, or the Neolithic Era.

In fact, the stonework that has been done in the interiors of the cave is estimated to be as old as 5000 BC to 1000 BC.

The term Edikkal means ‘a stone in between’, and the caves are so named as the term best describes their natural formation. This is because there is a smaller rock that has been wedged between two bigger ones to form a natural cave. In fact, if you look at the caves, they are not a cave but a natural fissure in the rock that has a heavy boulder placed on top. The Edakkal cave is therefore formed on two levels. You can explore the first level of the cave through a small opening. Opposite to this opening is a passage that will take you to another opening, which is located on the roof. This will take you to the second level of the cave, which is much bigger.

To explore the Edakkal Caves, you will need to pass several uneven boulders, an iron ladder, and rock walls that are covered in fungi. The walls are covered with various carvings of human and animal figures. The clarity of these carvings even after so many hundreds of years is surprising and makes these caves even more important.

The months of November to March are the best time to visit the historical Edakkal Caves in Kerala.

Located in Thalassery, the Thalassery Fort is an ancient fort situated on the Thalassery beach. Built in 1703 by the East India Company, this fort is a symbol of the power of the imperial rulers. Even though this is one of the more recently constructed forts in Kerala, the Thalassery Fort still holds a lot of historical importance because it played a significant role in the military and commercial activities of the British during their rule in India. The Archaeological Survey of India now manages and looks after the historical Thalasseryfort in Kerala. 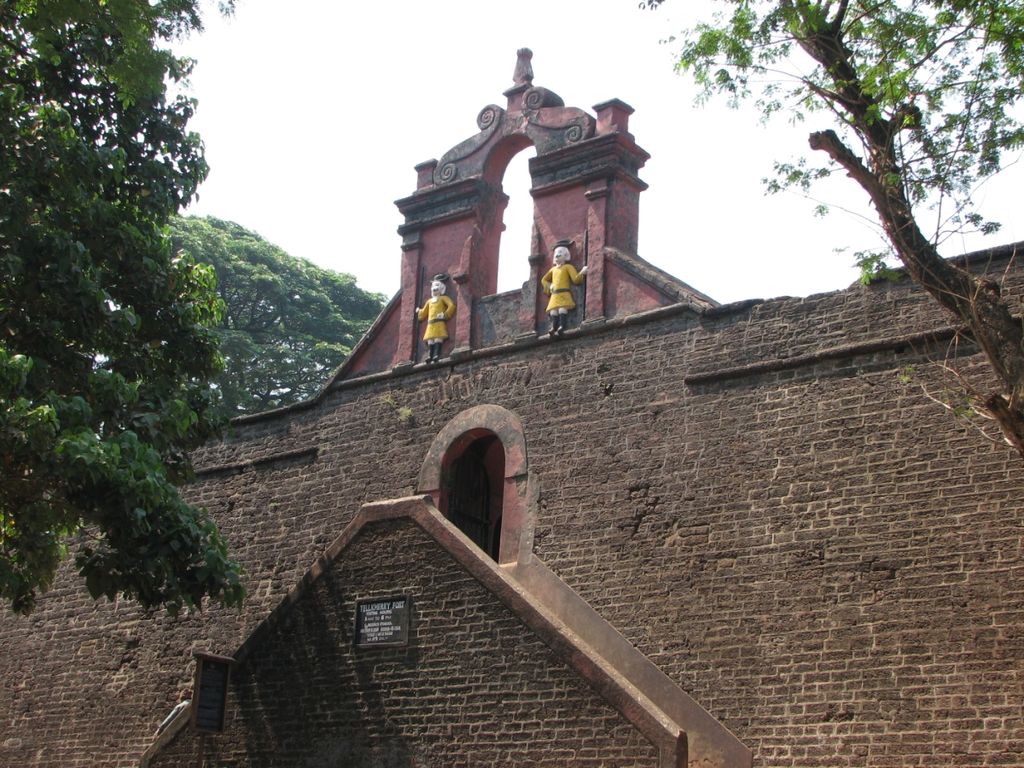 The Thalasseryfort was constructed with the purpose of getting a firm hold in the Malabar Coast. The fort played a prominent role in the rebellion of the Pazhassi Raja by Lord Wellesley and remained an important military center for the British Army for many years. There is a legend that there is a secret tunnel that leads to the sea and is used as an escape route whenever needed.

The Thalasseryfort comprises of a massive gateway and a lighthouse near the rocky cliff on the beach. This historical fort is constructed in a square shape with massive walls and doors that have many beautiful carvings on them. The fort is built from laterite blocks.

While visiting the Thalasseryfort, it is important to keep in mind that there are very few shops or eateries nearby, so carry some packed food and disposable water bottles with you.

You can reach this historical destination in Kerala,the Thalassery Fort, by hiring cabs, autorickshaws, or taking a bus. The fort is accessible easily from any part of the city.

This beautiful historical fort is located in Palakkad. With its high walls and surrounding green garden, the Palakkad Fort is one of the most well-preserved forts in Kerala. The Palakkad Fort was constructed in 1766 by Hyder Ali and is now under the management of the Archaeological Survey of India.

The Palakkad Fort is located in the very heart of the Palakkad town, at the foothills of the Sahyadris Mountain Range. The labyrinth of dense green forests and many crisscrossing rivers add to the beauty of the surroundings of this fort. 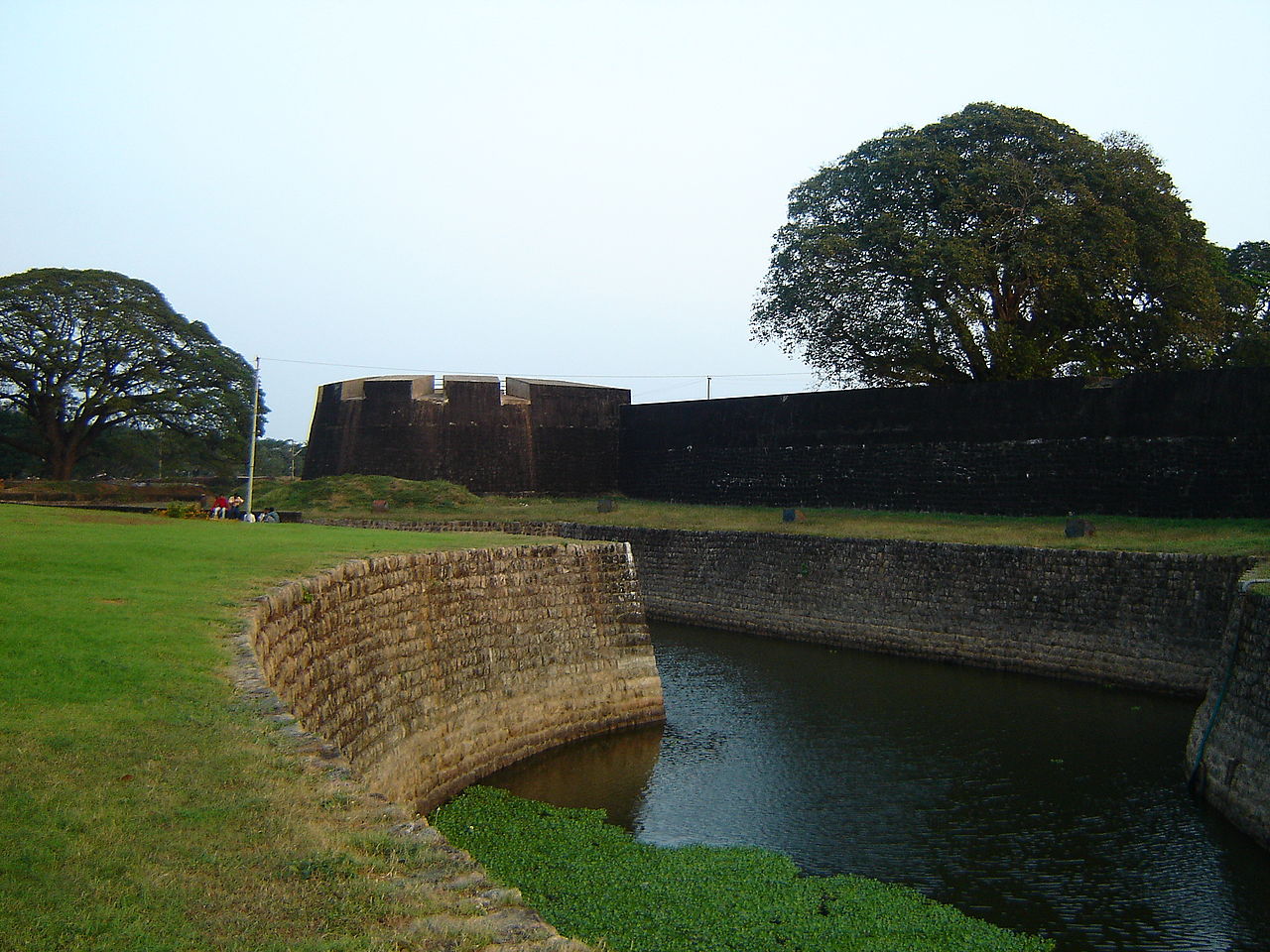 Spread over an area of 60,702 square miles, historical Palakkadfort in Kerala is very famous in South India for its architecture, which is an excellent showcase of French architecture. The Palakkad Fort played an important role in the history of this region, and the majestic construction of the fort even today stands witness to its glory.

The Palakkad fort has been constructed in a square shape that is supported by huge walls and bastions that are also built in a square shape. While in the ancient days, the entrance to the fort was through a drawbridge, but today it has been replaced out of safety concerns, and there is a permanent structure in place.

The grounds of the Palakkad fort contains a stable for the horses and elephants of Tipu Sultan’s army. The ground is today used as a popular venue for the town cricket matches, exhibitions, and even public gatherings. There is also an open-air auditorium located here, known as Rappadi.

The best time to visit this historical destination in Kerala,the Pallakad Fort, is from November to March as the weather remains pleasant and there is almost no rainfall at this time. 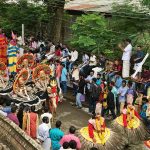 5 Most Famous Festivals of Kerala (2022) Previous 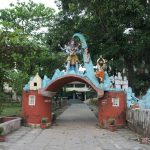