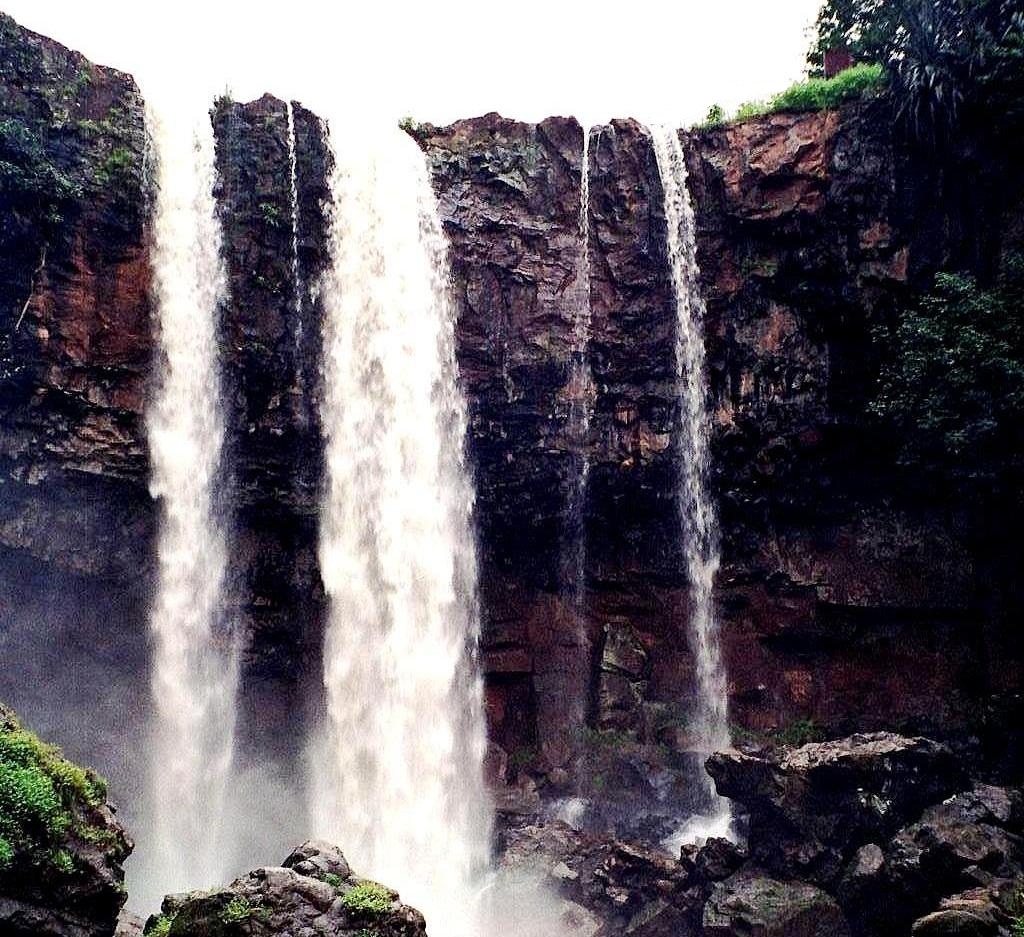 10 Places In Amarkantak Which Every Travel Enthusiast Must Visit (2022)

Located at an altitude of 1065 meters, Amarkantak is one of the most spiritual places in India. This small town is located in Madhya Pradesh and is surrounded by the gorgeous Satpura and Vindhya mountain ranges. Not only is Amarkantak a hill station, but it is also a place visited by thousands of devotees every year from all over the world. Amarkantak is quite important for the people of the Hindu religion because as it is the birthplace of river Narmada. As you might already know, Narmada is one of the holiest rivers for the people in India. It is also believed that Sant Kabir, the famous poet used to meditate by the bank of the river Narmada in Amarkantak. According to popular beliefs, Lord Shiva has blessed the river Narmada, and that is why swimming or bathing in it will solve everyone’s problems.

10 Places In Amarkantak Which Every Travel Enthusiast Must Visit

The places included in the following section of this travel blog of Amarkantak are extremely beautiful and popular among tourists. That is why you should not miss any of them while exploring Amarkantak.

Kapil Waterfall is one of the most beautiful waterfalls in Madhya Pradesh, and it is located only 6 km away from the main city center of Amarkantak. As the height of the falls is around 100 feet, you will witness the spectacular view quite far away from the spot. It is believed that Kapil Muni used to meditate by this waterfall. That is why it is named after the saint. You will also get to see an Ashram located by the bank of the river where devotees visit to worship sage Kapil Muni and also Lord Shiva.

You will be able to easily reach the spot from Amarkantak by getting a taxi or an auto-rickshaw. The best time to visit there is during the monsoons.

Mai Ki Bagiya roughly translates to “The garden of the mother,” It is an extremely beautiful garden located quite close to Narmadakund in Amarkantak. As the lush greenery of thick forests surrounds the garden, it is quite peaceful. The garden was constructed to honor Goddess Narmada. You will see trees of mango, banana, Gulbakawali, and other fruits in Mai ki Bagiya pretty abundantly.

There are some shrines of different Hindu Gods and Goddesses located inside the garden. Many people even buy medicinal herbs from the garden. If you visit there, do not forget to get some Gulbakawali plants as they are pretty great for your eyes. 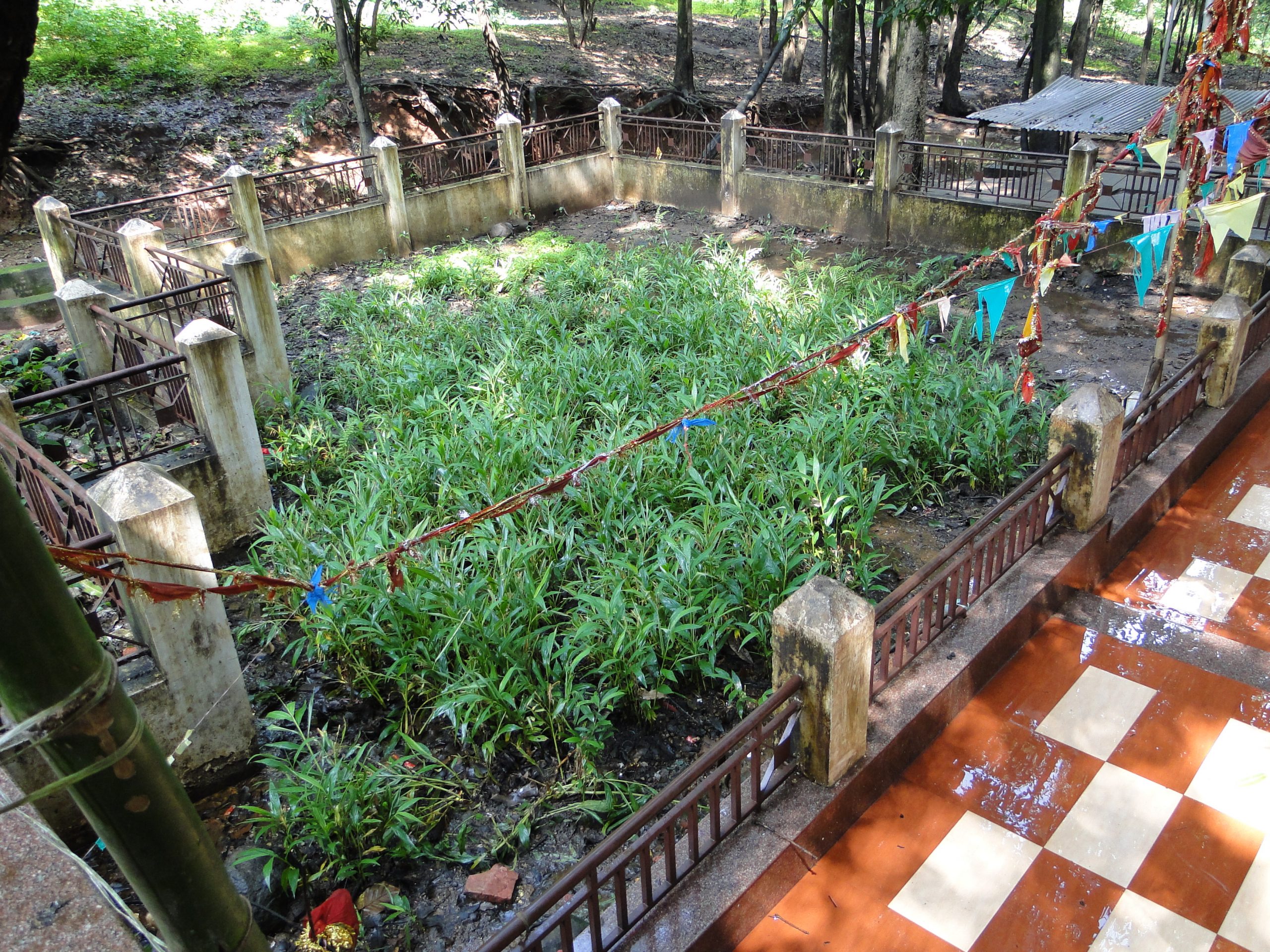 The heart of Amarkantak lies in Narmadakund, which is also the origin of the holy river Narmada. That is why the exact area of the origin has been converted into a temple complex. When you enter Amarkantak, you will realize that the kund is the main part of the town. There are 16 temples located in the kund area, which is spread over 6 acres. In the complex, you will find temples dedicated to famous deities, namely Lord Shiva, Guru Gorakhnath, Annapurna Temple, Shri Radha Krishna temple, and others.

As the temple complex is located right at the center of the town, you will be able to reach there from your hotel in Amarkantak easily. 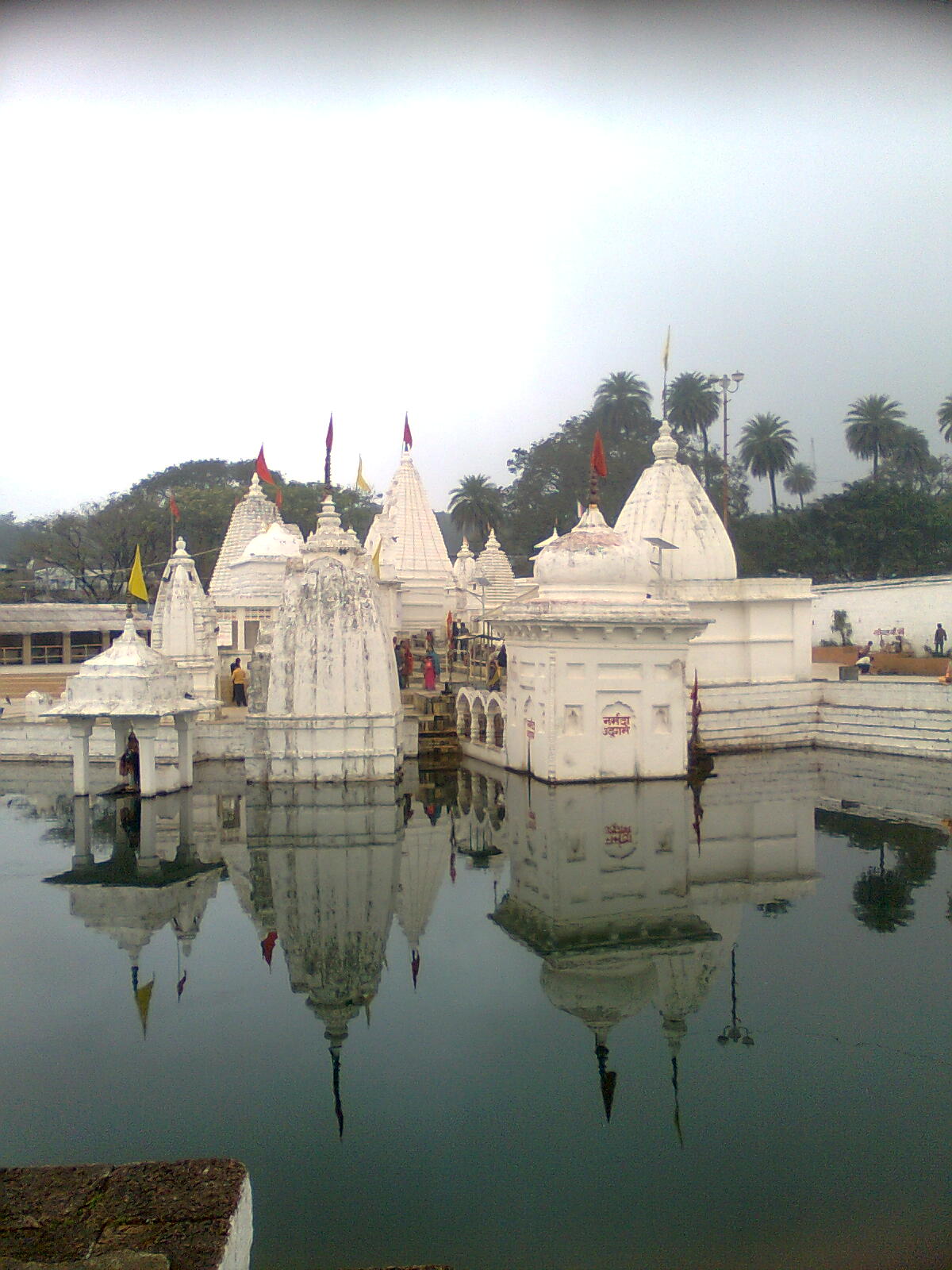 Distance of Narmadakund from Amarkantak: 300 m.

After Kapil Dhara Waterfall, Dudh Dahra waterfall is one of the best places to see in Amarkantak. The name of the waterfall translates to “Milky way waterfall.” You might be amused why the waterfall is named that. The reason behind the terminology is pretty simple. People believe the waterfall to have milky white water. If you visit Amarkantak in the monsoon, you also may find the said fact to be true.

Apart from the weird name, the waterfall is quite beautiful. As it is surrounded by gorgeous mountains and thick forests, the scenery surrounding the falls is also quite pretty.

The distance of Dudh Dhara Falls from Amarkantak: 6 km.

Sonemuda is spread across an area of around 2 square kilometers. It is a pond that many might not even find interesting. But the story behind the water body is pretty amusing. 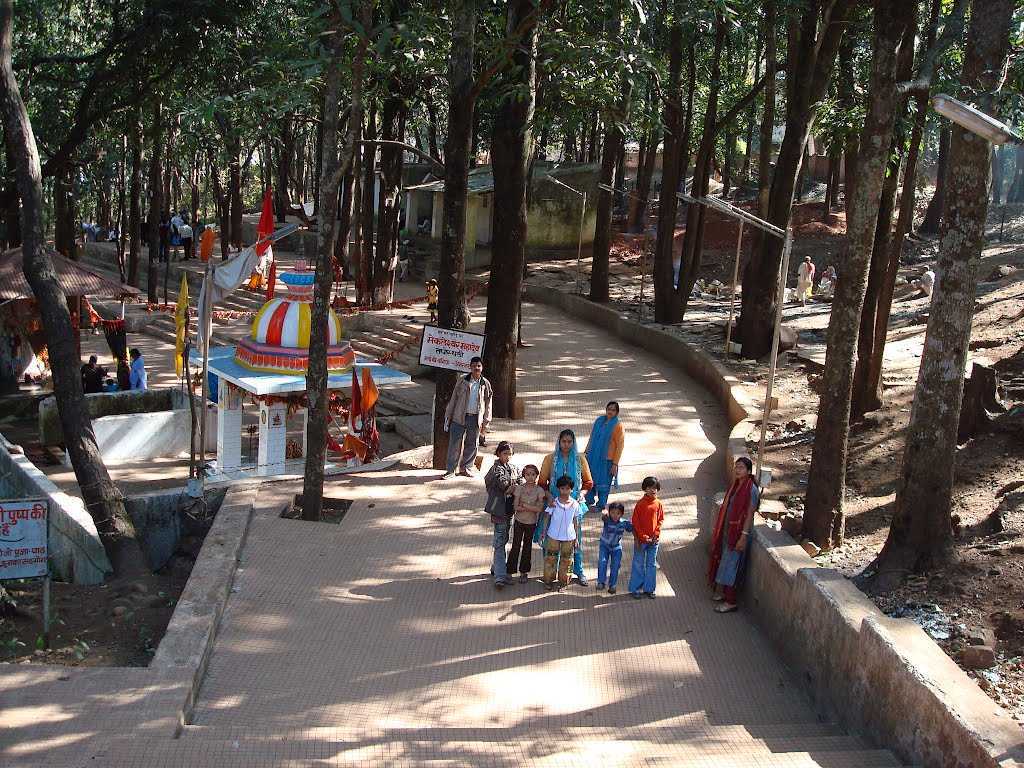 Distance of Sonemuda from Amarkantak: 1.5 km.

6. Temples from the Kalachuri Period

Constructed by Maharaja Karnadeva of the Kalachuri dynasty, the ancient temples are located quite close to the main city center of Amarkantak. These temples are estimated to have been built between 1042 to 1072 AD. You will get to witness the beautiful Machhendranath Temple and Pataleshwar temple in Amarkantak. If you are interested in history, these temples are some of the best places to see in Amarkantak. It is believed that the banks of the river Narmada consecrated Adi Shankaracharya. That area is not known as Surajkund.

Apart from the two temples mentioned above, you will also get to see Keshav Narayana Temple in the complex. The Bhonsle rulers constructed it in the 18th century. 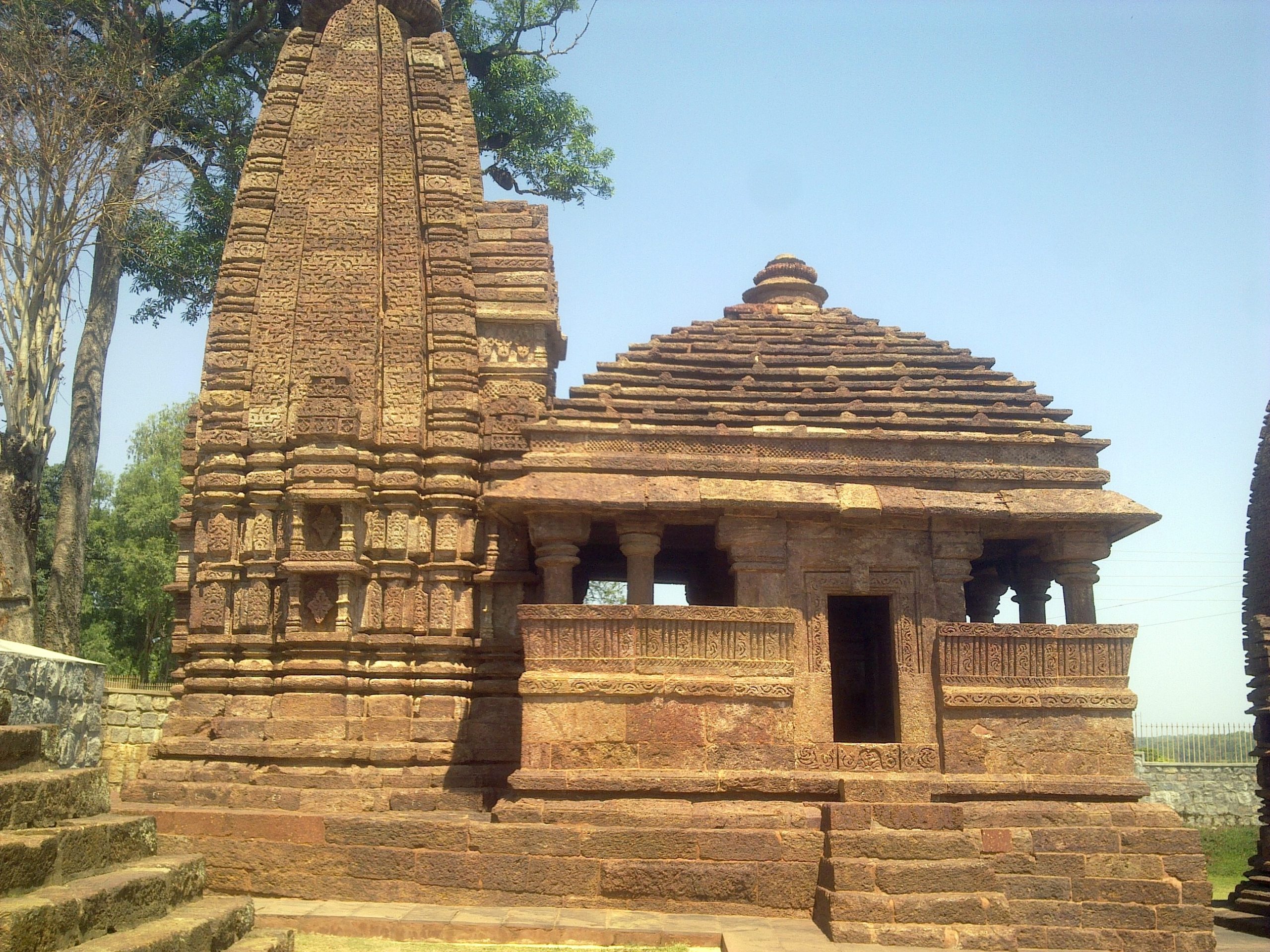 The distance of Kalachuri temples from Amarkantak: 2 km.

Kabir Chabutra is located not that far away from Amarkantak towards Bilaspur. The place is considered to be pretty sacred, as it is the platform of Sant Kabir. Every morning, several pilgrims visit the location to see the exact spot where Kabir received salvation. If you visit there, you will be able to see Kabir’s footwear inside the temple located near the Chabutra. The best time to go there is between 9 to 10 AM. Travelers claim they have seen smoke emerging off the pond every morning.

The Kabir waterfall is also located pretty close to the platform. If you visit the platform, do not forget to see the waterfall.

Even though Shri Sarvodaya Digamber Jain temple is still under construction, yet it has become one of the most popular tourist spots in Amarkantak. It is located quite close to the town of Amarkantak and has a similar design to the Akshardham located in Gujarat. Over INR 20 crore is being spent on this temple, and it is spread over an area of 4 acres. A massive amount of construction of the temple is still left, yet you will see the idol of Bhagawan Adinath, the largest in the world.

The idol is around ten feet-high and weighs approximately 24 tones. After the completion of the structure, it would be around 114 feet high. 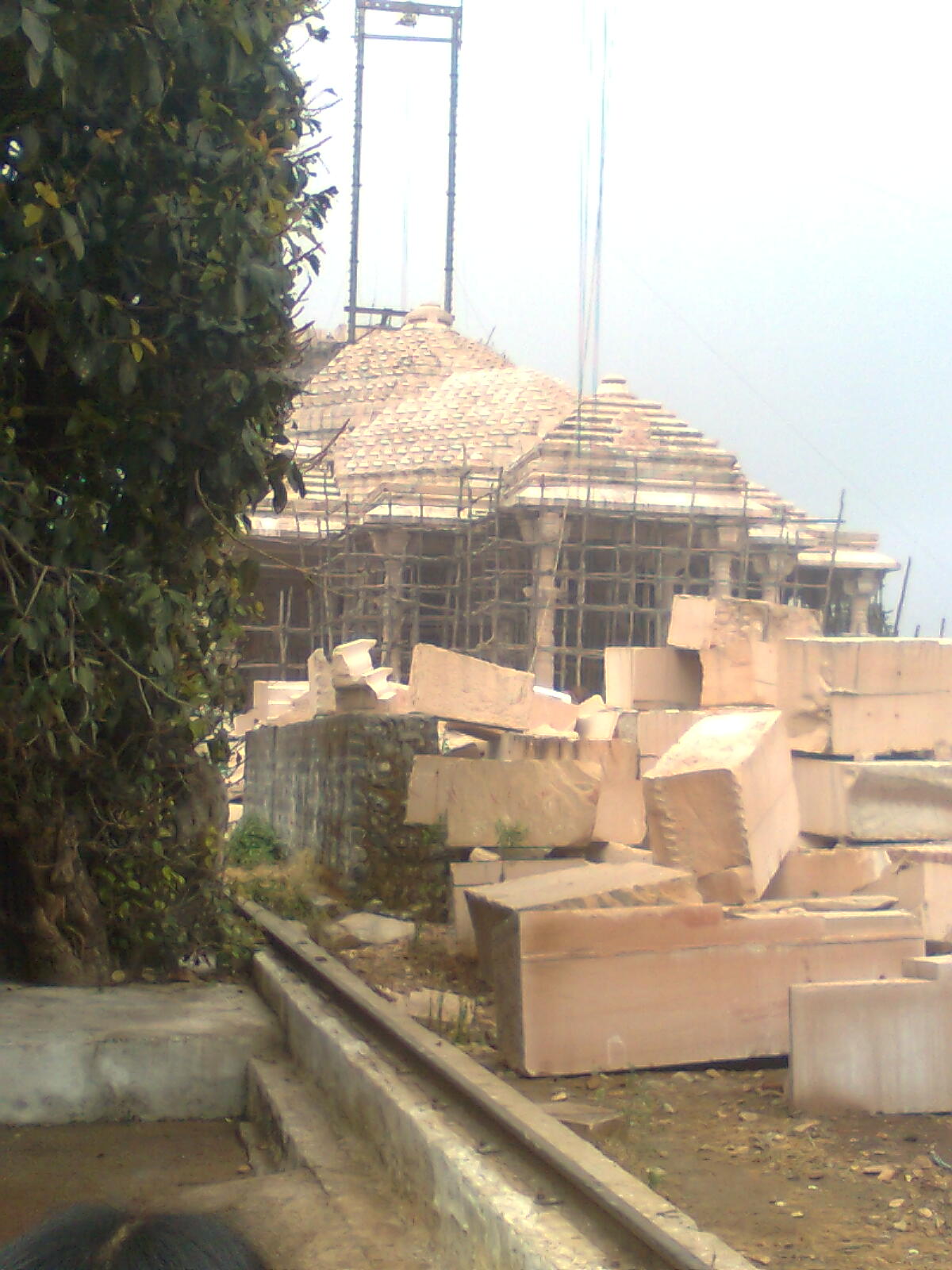 It is genuinely beautiful and one of the best places to visit in Amarkantak. The unique part about the structure is that there are three faces at the top of the temple. 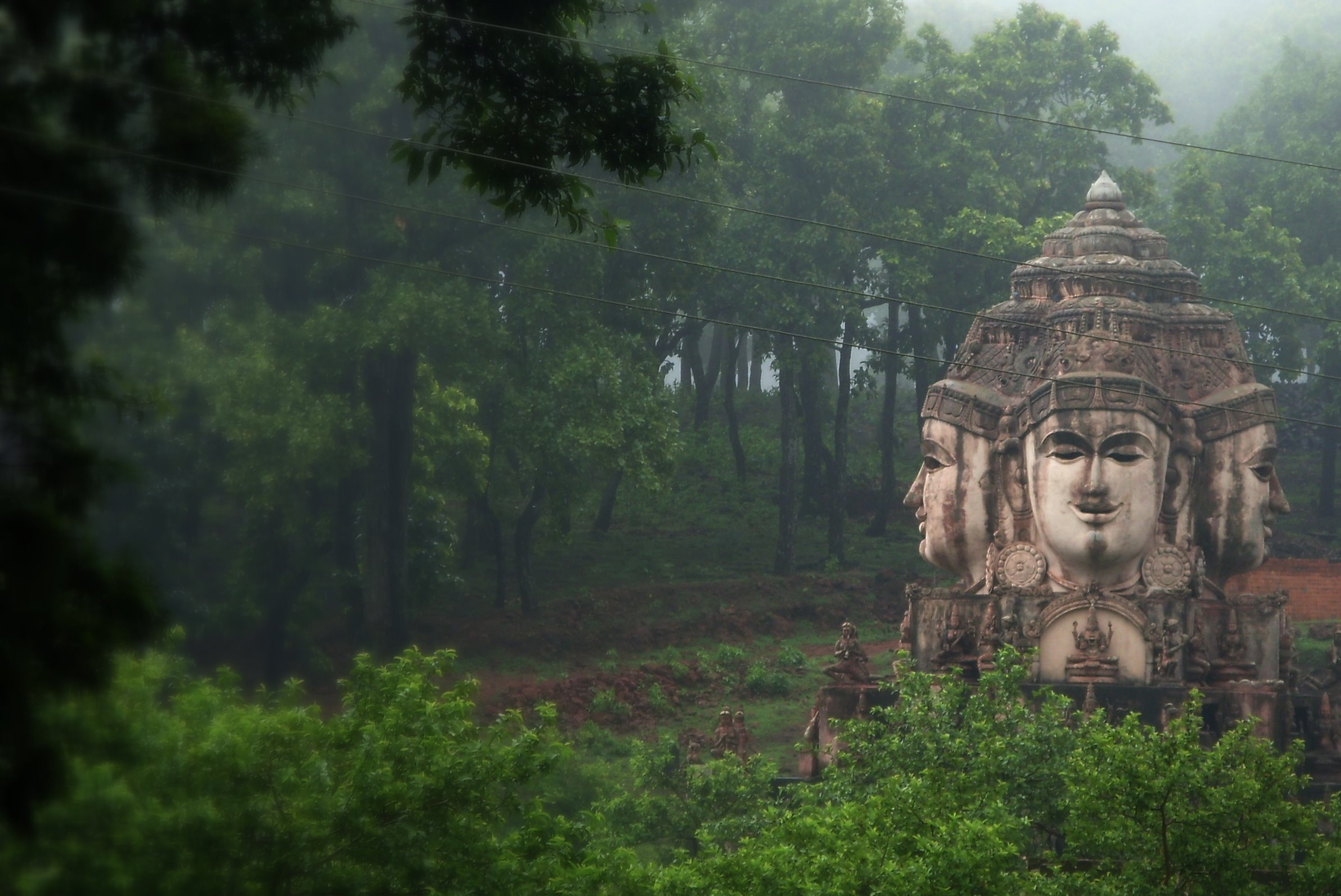 The distance of Trimukhi Temple from Amarkantak: 5 km.

Sonakshi Shaktipeeth is another important temple located in Amarkantak. Thousands of visitors visit this temple during the time of Navaratri. According to popular belief, Goddess Sonakshi comes out herself during Navaratri to bless everyone with wealth. As the temple is located in the Amarkantak Plateau, you will witness the gorgeous view of the Son river from there.

To reach the temple, you will have to climb around 100 steps. If you are not physically fit, you should avoid visiting this temple. But you must know, the view from the top-most point of the temple is genuinely exquisite. 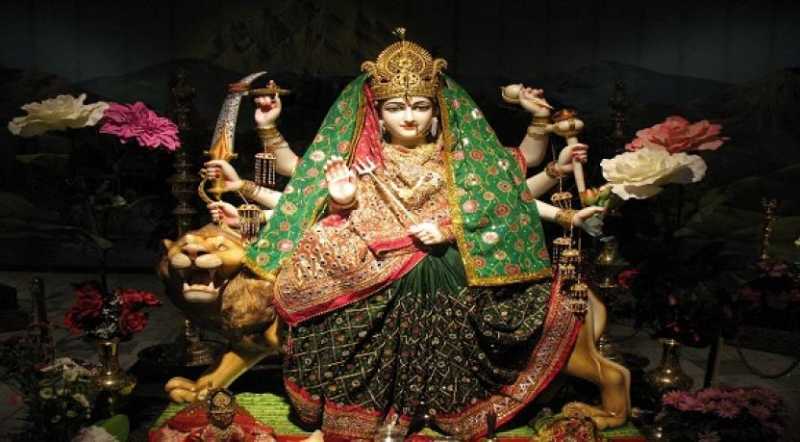 The distance of Sonakshi Shaktipeeth Temple from Amarkantak: 4 km.

We have tried to include all the important places from Amarkantak in this blog. Almost all of these places are located pretty close to the city. You will be able to explore every one of the spots in a day. You can hire a car for a day, or you can hike to some of the places to explore Amarkantak. 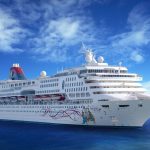 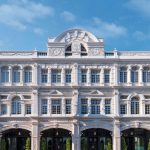 Top 3 Luxury, 3 Mid-range, and 3 Budget Hotels in Singapore for a Comfortable Stay (2022) Next