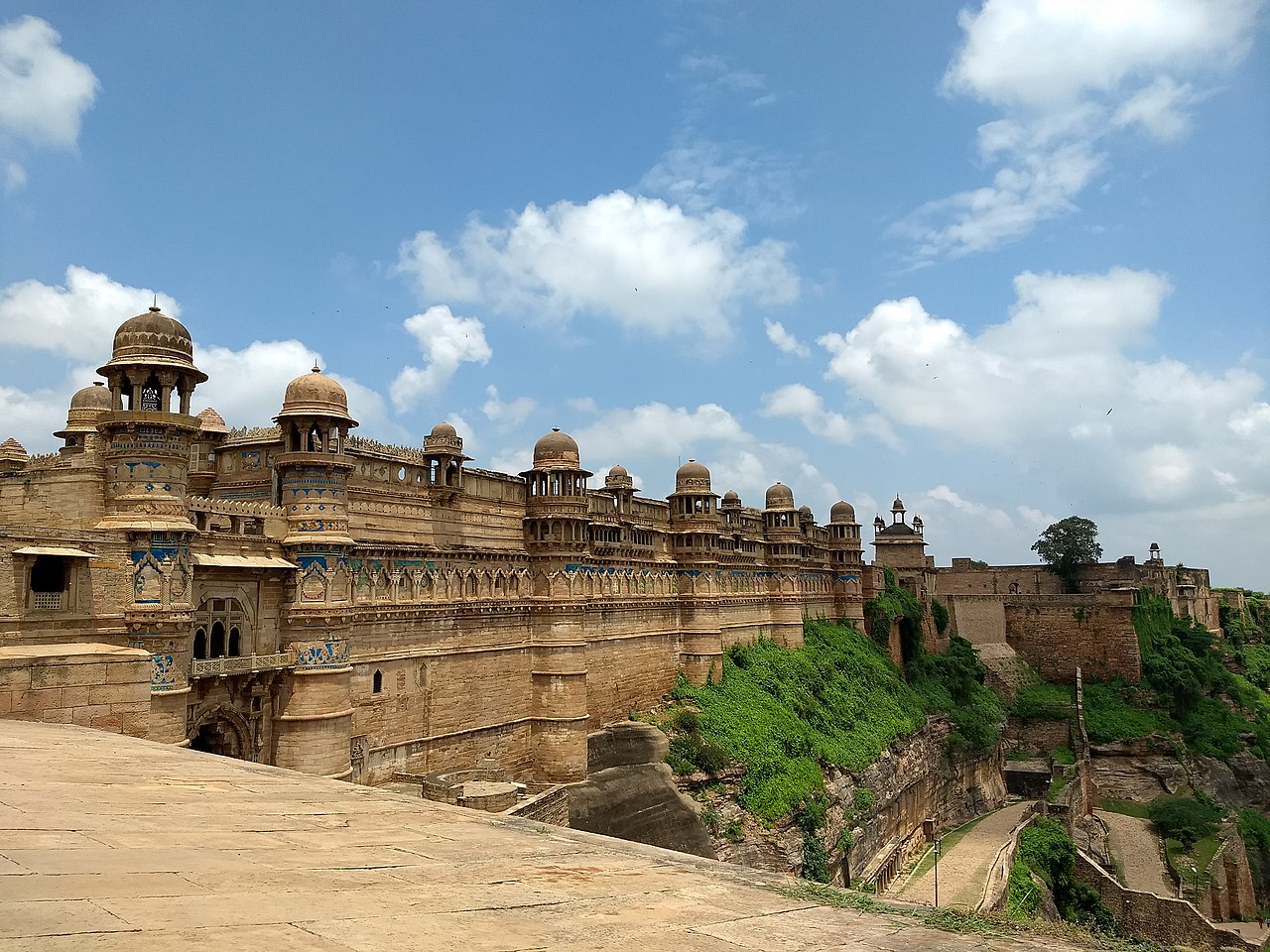 Madhya Pradesh boasts of cities with architectural splendor and rich cultural heritage. One of the most famous cities in this State is Gwalior, with its perfect blend of stylish couture, exquisite art history, and an unbeatable combination of rich culture and traditions. Gwalior has panache and beauty and is strategically placed to be easily accessible from all parts of India. This beautiful city has plenty of scenic and historical tourist spots that attract travelers worldwide.

There are many famous places in Gwalior that one must visit. It is a town of architectural beauty, historical possessions, and glorious museums that have treasures from the past. If you want to experience Gwalior’s abundant charm, plan a vacation to this exciting place and thoroughly enjoy your travel tryst.

With a breathtakingly beautiful National Park and picnic spots spread near the city, Gwalior mesmerizes everyone with its rich heritage, historical sites, flora, and fauna.

To enjoy the opulence and grandeur of this town in Madhya Pradesh, plan a vacation to Gwalior at the earliest:

It is a must to discuss the illustrious Gwalior Fort when in Gwalior. It is undoubtedly one of the most popular tourist destinations in Gwalior. The robust castle stands tall and regally atop a steep mountain. It was regarded as one of the most formidable forts, with impenetrable security that helped it withstand enemy attacks and invasions.

The historical tourist destination in Gwalior will undoubtedly pique your interest with its sturdy construction that was painstakingly constructed to protect the dynasties that dominated the city. Gwalior is a gem among the nation’s strongholds since it has many stories of invasions and other important historical events.

The ancient tourist spot in Gwalior has a history to behold, with its robust and architecturally fabulous structure painstakingly created to protect the emperors that governed Gwalior.

India is a secular country that welcomes people of various faiths and religions. It has temples and other religious shrines dedicated to thousands of gods and goddesses.

Ardent followers of the divine celestial beings head to large and small holy shrines and temples in India. Out of these are two temples in Gwalior called the Saas-Bahu temple.
The Saas-Bahu temple is located in the Nagda area, some 23 kilometers from Udaipur in Rajasthan. Historical legends claim King Mahipala of the Kachchhwaha Dynasty built these temples in the 10th or 11th century A.D. It is widely assumed that the queen of Mahipala was an ardent devotee of Lord Vishnu.

It is widely assumed that the queen of Mahipala was an ardent devotee of Lord Vishnu. The ruler was gracious enough to have a temple built for his loving wife so that she had the privacy to worship her favorite deity in peace. Later, the prince of the dynasty married a woman who believed in Lord Shiva. As a result, a Shiva temple was erected for the daughter-in-law next to Lord Vishnu’s temple.

Lord Vishnu’s temple was first built and named the Sahastrabahu Temple, or the shrine “with a thousand arms.” The temple has Lord Vishnu with his thousand arms; thus, the Sahastrabahu temple or the twin temples came into being. As time passed, the name taken in one flow became known as the Saas-Bahu Temple. The Saas, or the Vishnu temple, appears to be far more significant than the other smaller Shiva temple.

The Jai Vilas Palace is a must-see in Gwalior because of its historical significance, including rulers such as Aurangzeb, Shah Jahan, and Rani Laxmi Bai. Walking along the lush green gardens and majestic Jai Vilas Palace grounds, you get a chance to relive history up close. The extravagant palace has a history with plenty of tales of the ruling empires of the past. The tourist gets a brush of the freedom struggle and the reigns of several emperors with the independence fights with the Britishers.

The opulent and palatial Jai Vilas Palace was built by Jayaji Rao Scindia and are now a prominent and preserved landmark. It’s not surprising that people from all over the world visit this famous monument- Gwalior’s most popular tourist site. This renowned town has several hotels, bed & breakfasts, homestays, and other places to stay comfortably.

Gopachal Parvat, the Gopachal Parvat Jaina, or the Gopalchal rock-cut Jain Monuments are structures created with intricate carvings and spread out all around the Gwalior Fort walls. The carvings show a typical naked form of the Tirthankaras sitting in Padamasana Yoga Pose and standing in the Kayotsarga pose.

The Jains had converted the cliff on which the Fort rested and made it into a religious shrine to honor Jainism. The Jaina caves of the 15th century are extensively spread and have numerous breathtakingly beautiful statues that are unmatchable in their beauty. The sculptures seem woven deep into the rocky cliffs and can leave the visitor spellbound with their glory. This is the reason why the Gopachal Parvat is a choice among many!

Bateshwar is primarily a group of temples dating back to the eighth and tenth centuries bordered by the Padavali fort. This historical fortress is a favorite excursion for the Architecture enthusiast and is rated a famous landmark of Gwalior, though it is about 40 kilometers from Gwalior city.

Nearly 200 stunning and intricately carved collections of temples have been discovered, unearthed, and renovated. These beautiful structures are indeed a hidden gem in the area. Most of the temples in Bateshwar are devoted to Shiva, Vishnu, or Shakti. In fact, the renowned religious shrines are constructed in yellow sandstone by the Gurjara-Pratiharas and are spread all over the undulating slopes of Bateshwar.

The famous Bhuteshwar temple is dedicated to Lord Shiva and exhibits a majestic shrine on the site. Moreover, the Bateshwar structures have a unique style from various unusual architectural combinations and distinct temple architectural styles that make them stand apart uniquely. The neighboring towns of Mitawali and Padawali are worth a visit to see more eye-striking and enthralling heritage structures. The architecture and the history intrigue the visitor and are great for photography. Not too far from the city, you can plan a visit to this “must-go-to” place in Gwalior.

While the Bateshwar’s temples are comparatively ancient, the gorgeously scenic Padavali Fort was constructed around the 18th century. The fortress is not always open, and people can get access for a few hours, which is why it is sparsely populated. You may have visited several forts in the past, but the construction and architectural style of this Fort and its Vishnu temple is unique. This scenic place is worth clicking on and keeping in your lifetime memories!

If you are looking for an outstanding example of architecture in Gwalior, then look no further. Just plan a trip to the majestic Gujari Mahal. The imposing structure deep inside the prominent Gwalior Fort is a surprising eye-opener! The Mahal that Raja Man Singh made was constructed in the 15th century, and its enthralling architecture makes it exclusively attractive and popular.

Gujari Mahal is an architectural masterpiece constructed in the 15th century by Raja Mansingh Tomar as a token of love for his Gujar Queen, Mrignayani. According to popular belief, he had eight queens, and none of them gave him a child, so to have offspring, he ended up marrying “naani,” a milkman’s daughter, whom he renamed “Mrignayani.” Mrignayani, or the one with beautiful eyes, wanted a separate exclusive palace where continuous water from the river Ria was accessible. Thus, the Gujari Mahal in Gwalior, India, was constructed. The palace presently houses a massive collection of Hindu and Jain sculptures in an archaeological museum. The museum also showcases interesting Terracotta objects, archaeological artifacts from the first and second centuries B.C., and reproductions of Bagh cave murals.

The Gujari Mahal is one of six mahals within the Gwalior fort’s grounds. A classic piece of creative art and architecture, this monument is one of the most popular tourist attractions in Gwalior.

The gurudwara was built to remember the sixth Guru, Sant Har Govind Singh, and is a paradise of white marble ornated in gold. The gurudwara is exquisitely beautiful with an artistically endowed appearance. The sacred pond, the gurudwara, the religious premises lined with palm trees, and the waterbody make the sight exclusive and spiritual. According to ancient folklore, Mughal Emperor Jahangir had imprisoned Sant Har Govind Singh here. This Gurudwara is one of Gwalior’s most popular tourist destinations and is a must-visit!

Born in the 15th century, Tansen was a Hindustani music legend popularly recognized as one of Akbar’s court’s nine jewels. He was popular as a well-known musician in Akbar’s court who, along with his master Muhammad Ghaus, was laid to rest at this tomb. Muhammad Ghaus, a Sufi saint, was Tansen’s tutor. Thus, the singer depicted Sufi culture through his songs. It may surprise you, but Tansen is said to have caused rainfall after he sang his rendition of the Megha Malhar Raag.

Every year in November and December, the famed Tansen Music Festival is held here, with participation from India’s most excellent musicians. The Tansen Memorial, Tomb of Tansen, Tansen Tomb, or Memorial of Tansen is a superb example of Mughal architecture and a significant monument and popular tourist destination in Gwalior.

The Sun Temple is stunning red sandstone in Gwalior built by the renowned entrepreneur G.D. Birla in 1988. The temple architecture is very similar to the popular Sun Temple of Konark. The opulent and majestic appearance, without a doubt, is a breathtakingly beautiful tourist destination in Gwalior. The vegetation, trees, and greenery surrounding the temple create a grandeur depicting is fantastic scenic contrast that makes a stunning picture. Take this vacation and click as many photographs as you can. Seize this glorious memory in your heart forever.

The Sun temple, Vivaswan temple, Birla Sun Temple, or the Surya Mandir of Gwalior lies at Morar and is inspired by Orissa’s Konark Sun temple, and people come here to worship the Sun God. The temple stands on an elevated platform encased in nearly 20,500 sq feet. Statues of Smt. Birla and G.D. Birla are placed facing the temple paying respects to the Lord. The temple is in the shape of a 24-wheeled horse chariot reined by seven horses.

The Tighra Dam is a famous tourist and historical site in Gwalior that dates back nearly a century. Besides the historical significance, this freshwater reservoir, positioned on the Sank River, caters to a significant water supply for the city of Gwalior. Why not visit the area, see the scenic beauty and learn a little about the basic working of a dam when in the vicinity? Furthermore, excellent locations around the dam are ideal for adventurous activities such as speed boating, Jalpari boating, water scooters, picnics, and paddle boating! It is an excellent spot to visit with your family for a brief trip.

These are a few famous places in Gwalior that one must visit, but the city has much more to offer you. So, avail the opportunity and go sightseeing and explore other travel opportunities in Gwalior, so make the most of your visit.

We all love to admire beauty, and when it is accompanied by a glorious history, forts, palaces, legends of prominent dynasties, parks, intricately carved temples, dramatic fortresses, regal structures, and royal palaces, it is the place to be in. Fabulous architecture and an imposing fort on a hilltop make the city awesomely attractive. No wonder it is called India’s “pearl amongst fortresses”! 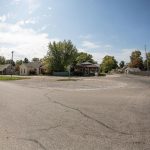