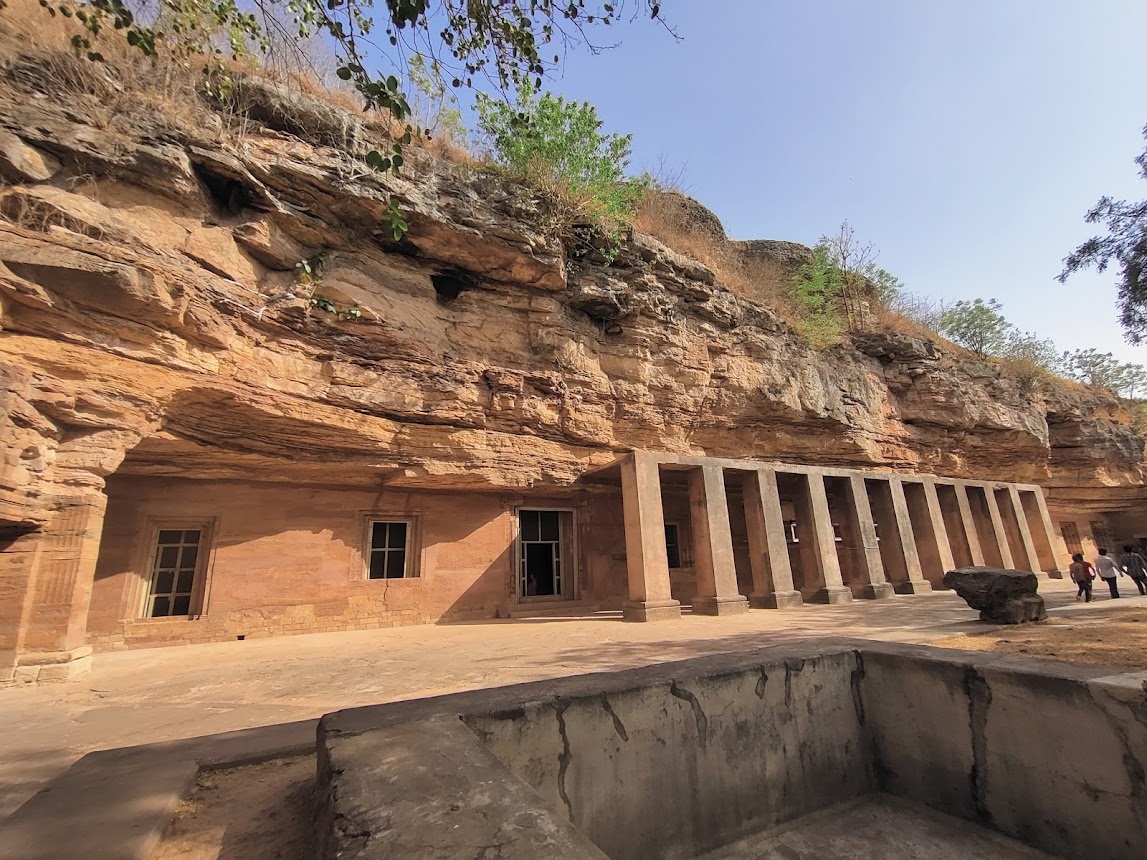 Prehistoric caves exist worldwide, but the magnetic charm of the famous caves in India is incomparable. Seeing these natural or manmade carved holes in the mountains is intriguing because they are hidden reservoirs with unexplored facets and deep secrets. Indeed, there are astounding caves in India because of the mysteries, tales, and beliefs attached.

Many of these amazing caves to explore in India are labeled as UNESCO heritage sites and hold a unique position for study in the archaeological department of Indian history. Thus, efforts are on to preserve and maintain these national treasures of India. The study of caves is essential for historians and archaeologists, so let us read about them:

10 Amazing Caves To Explore In India

India, one of the ancient civilizations in the world, is a land of rich cultural heritage. Moreover, the country preserves many monuments and antiques of great importance. In olden times, sages and rishis would go to the caves and enclose themselves in the eerie silence to do penance for attaining the blessings of the Gods and Goddesses.

The popular Ajanta and Ellora Caves are protected monuments of Maharashtra and lie in the Marathwada region of the State. Star tourist attractions of Maharashtra, these caves are a UNESCO World Heritage Site that displays many beautiful Indian paintings and sculptures to woo travelers.

This Hindu temple exhibits ancient artwork, recognized as one of the largest rock-cut cave complexes. There are nearly 100 caves at this prehistoric site, but Cave 16, the Kailash temple in the shape of a chariot, is dedicated to Lord Shiva.

Sculptures depicting the Hindu Gods and Goddesses and scriptures are engraved on the walls and pillars of this single monolithic rock excavation. The Ellora caves are of great National importance and consist of:

The best time to visit Ajanta & Ellora is in October-March, and it isn’t easy to tolerate the excessive heat in these caves during summer. When you visit Ajanta & Ellora, you can simultaneously cover Lord Shiva’s ancient Grishneshwara temple and Bibi ka Makbara, popularly known as Dakshin ka Taj.

The Elephanta Caves on Gharapuri or Elephanta Island are cave temples dedicated to Lord Shiva. These rock-cut Hindu caves and Buddhist stupas made from Basalt rock are situated in Maharashtra. The beauty of these caves is in the damaged defaced sculpture carvings and artwork that show Lord Nataraja, Trimurti or Three-faced Shiva, Yogishvara, and many other Hindu mythological characters.

This UNESCO heritage site on Elephanta Island dates back to the 5th to 7th centuries. These rock-cut caves are situated 10kms from Mumbai mainland and are dedicated to Lord Shiva and Buddhist deities.

There is a ferry from the Gateway of India mainland to reach Elephanta Caves. Further, it is a half-hour walk to reach the sacred destination. November to mid-march is ideal for a visit here.

Located at a distance of 46kms from Bhopal are the stunningly beautiful Bhimbetka Caves dating back to Mahabharata. These prehistoric Bhimbetka caves were a shelter for the ‘Pandavas’ during their exile period when they were banished from their kingdom and hiding from Duryodhna’s evil intentions.

In 1958, Dr. V. Wakankar discovered these famous caves and treasured rock-cut paintings, and in 2003 it got the label of a UNESCO world heritage site. The ideal time to visit Bhimbetka caves is from October till March, so you can enjoy its beauty to the fullest without getting exhausted in the scorching heat. It is open on all days except Mondays.

Bagh Caves are nine panoramic Rock-cut caves situated on the banks of the Baghini River in Bagh town in Madhya Pradesh. Lying near the Southern Vindhyas are seven beautifully carved caves with fabulous paintings akin to the Ajanta caves. These Bagh caves are said to have been formed in the 5th-6th century C.E.

The fact is, these are not natural caves but Buddhist-inspired Indian rock-cut architecture. They were carved ingeniously on perpendicular rock made of sandstone by master artisans influenced by the Buddhists.

Winter is the ideal time to visit here, and the caves are open from 10:00 AM till 5 PM. You can now visit only five caves, or viharas as they are called. There is a quaint small chamber at the back used for prayers and meditation called the Chaitya. Cave number four is significant because of its bright colors and is called Rang Mahal.

Badami caves are Hindu and Jain Temples situated in Bagalkot, Karnataka. Earlier known as Vatapi, these temples of Badami are beautiful examples of rock-cut architecture. These cave temples were constructed in the sixth century by the Chalukyas and are dedicated to Hindu gods such as Lord Shiva and Lord Vishnu, among others.

Badami caves, also termed as Vataapinagara, are a complex consisting of a beautiful surrection of 6 temple caves of sandstone rocks. These caverns adorn mesmerizing Hindu deity idols and have a powerful spiritual ambiance.

In Cave no. 1, you can see the most exquisite Shiva idol in its Natraja or tandava dancing pose. On the other hand, in Cave no . 2, you can see Trivikarma or Vishnu icon in its full glory. Furthermore, Cave no 3, with its Vishnu-related idol, is breathtakingly beautiful with its intricate carvings. Cave no 4 reflects Jainism and its revered figures.

Situated about 4 kms from the Mallaprabha River, these cave temples are the earliest examples of Hindu shrines in the Deccan region. In fact, Hindu Temples in different parts of India are greatly influenced by the architectural style of these ancient caves. July to March have scanty rainfall and are good months for visiting this place.

Udaygiri Caves are a collection of 18 caves, on the banks of River Beas, in district Vidisha, in Madhya Pradesh. The Udaygiri caves, or sunrise hill, were made during the 2nd century by King Kharava of the Jain clan. Inscriptions on the cave indicate that these caves connect with the Gupta period.

These prehistoric caves are both manmade and natural, with numbers and distinct names for some of them. They have icons of Vishnu, Durga mata, and Shiva. In fact, the great idol of God Varaha, the man-boar, rescuing Goddess Earth, needs a special mention here. Nineteen caves here are dedicated to Hinduism and one to Jainism. The uniqueness lies in the architecture and layout of the caves.

Amarnath cave in the Lidder Valley is a holy shrine for the Hindus. Located at about 3,888 km in Lidder valley is the serene and silent Amarnath cave, dedicated to Lord Shiva. In this cave temple stands a big ice Shivalingam. Legend says that Lord Shiva held the body of his deceased wife in his arms, and during this process, he danced in a trance.

While holding Devi Sati in his arms, an angry Shiva dropped Sati’s head at Amarnath. In his fury, Lord Shiva burning with anger, wanted to destroy the whole world, but Lord Vishnu and his Sudarshan Chakra stopped him. In the memory of Goddess Sati, a temple was made at Amarnath, and this is a popular Dham for Lakhs of tourists.

The unique thing is Amarnath caves open only for two months a year because the whole area gets covered with snow the rest of the year. It is dangerous because of the frequent floods and landslides. Pilgrim shelters lie all along the way and help provide food and shelter to the pilgrims on the way to Amarnath.

Mawsmai Cave near Sohra in Meghalaya is a great attraction for tourists. The fact that you have to squeeze and crawl inside these limestone caves makes the exploration experience very interesting for the traveler.

The cave has ancient fossils that can be seen if you look carefully at the walls. The strange formations can be seen in the limestone walls if you look keenly and make the world underneath the feet fascinating. After walking through a wooded area with its tree root bridges, waterfalls, caverns, chirping birds, and sounds of insects, you reach the caves. The aura and ambiance of the visit make the whole environment exciting and mesmerizing.

Take the Shillong-Sohra road to reach the Mawsmai caves. June to August is not a good time to be here because heavy rainfall can disrupt your fun.

Himachal Pradesh is the land of mountains and has several vital caves. The Tabo caves, with their architectural splendor, were discovered 1000 years ago in Lahaul & Spiti Valley. Spectacular murals and paintings spread inside these caves add immense glory to the place. Moreover, plenty of Buddhist flags are displayed outside these high-altitude caves, adding to the picturesque beauty. Also, the chilly winds here have a magnetic charm and enthrall the nature lover. Make a plan to visit the Tabo caves anytime from March to June.

Jogimara or Sitabenga are rock caves set amidst the beautiful Ramgarh hills of the Puta village in Chhatisgarh. Many suggest that ‘Meghaduta’ by ‘Kalidasa’ were conceived in these caves. Lord Rama, Devi Sita, and Lakshman stayed in these beautifully painted caves during their exile, as mentioned in the Ramayana. There is an ancient theatre or massive tunnel in the cave where artists and poets have been enacting their acts for 2000 years.

Nature and history lovers interested in spirituality and who want to get away from the hustle and bustle of routine city life can have lots of adventurous fun at these ancient places. Dive into the mysteries of the past culture and traditions of India.

Plan a holiday to explore these beautiful rock-cut marvels. In fact, this gives you a chance to explore ancient archaeology and the distinct history associated with a different place. It’s time to discover treasures on your excursion.

Keep exploring and keep enjoying. There are caves sprawled out all over India, and many of them are revered because they are a part of the traditional history of the country and have spiritual values. Many ruling kingdoms marked their presence in history through these amazing caves to explore in India. 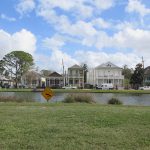 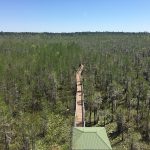 A Guide For Tourists In Valdosta (Azalea City), Georgia: All That You Can Do (2022) Next 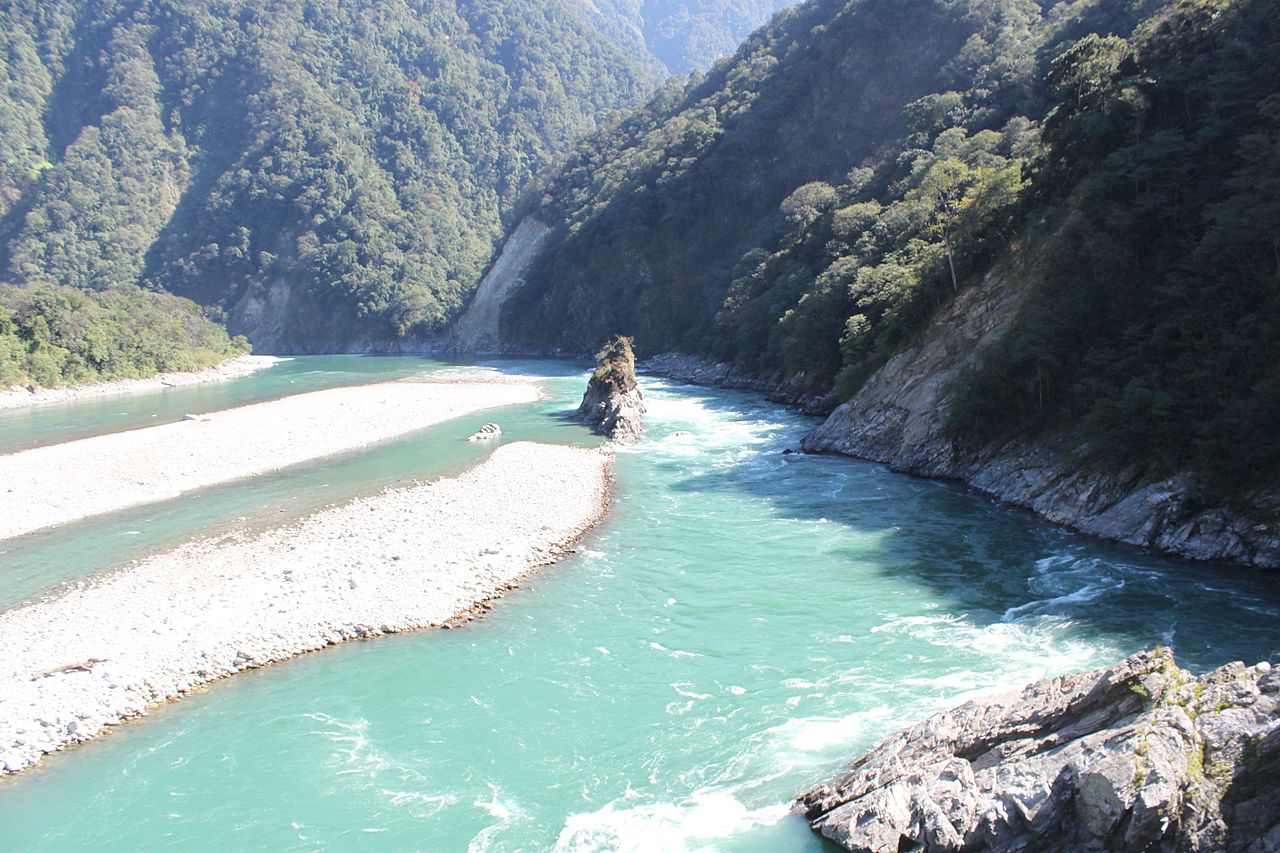 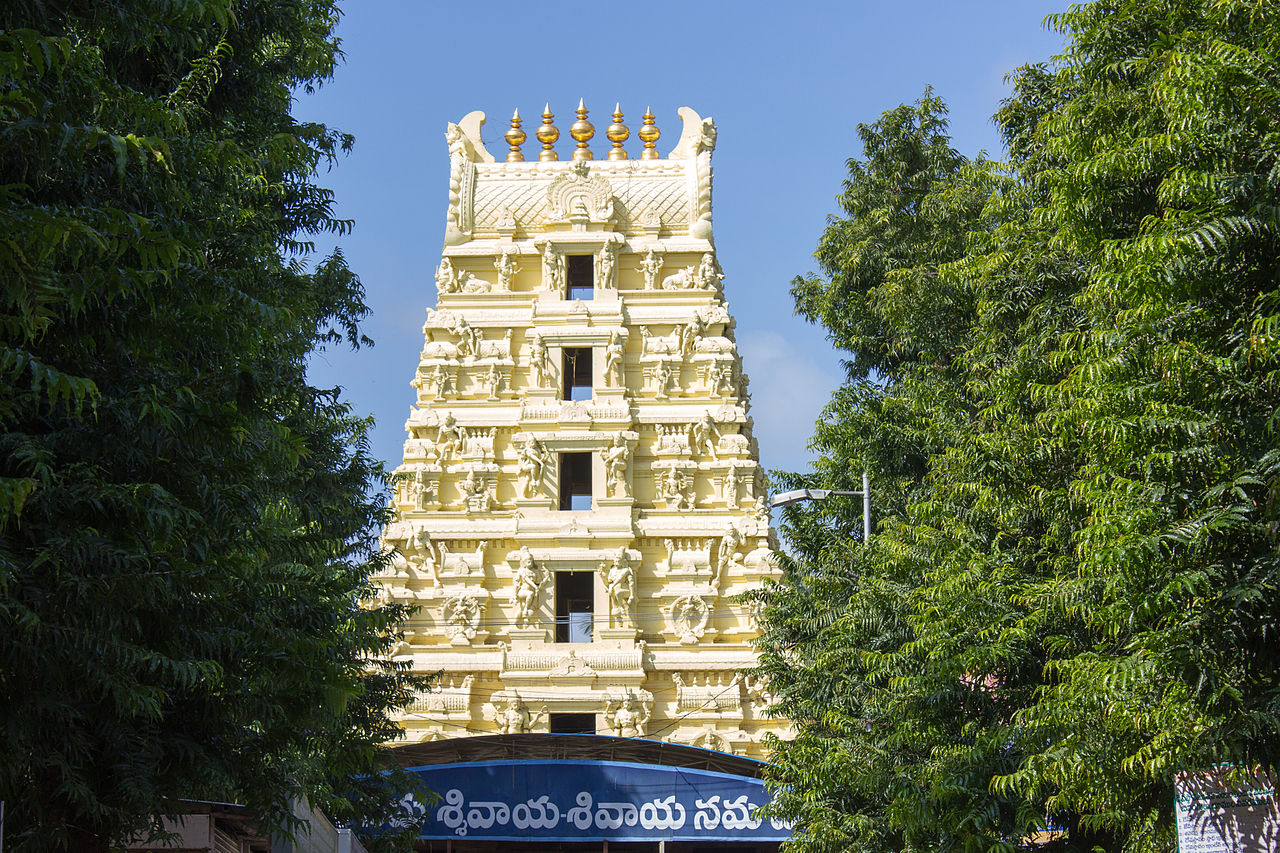 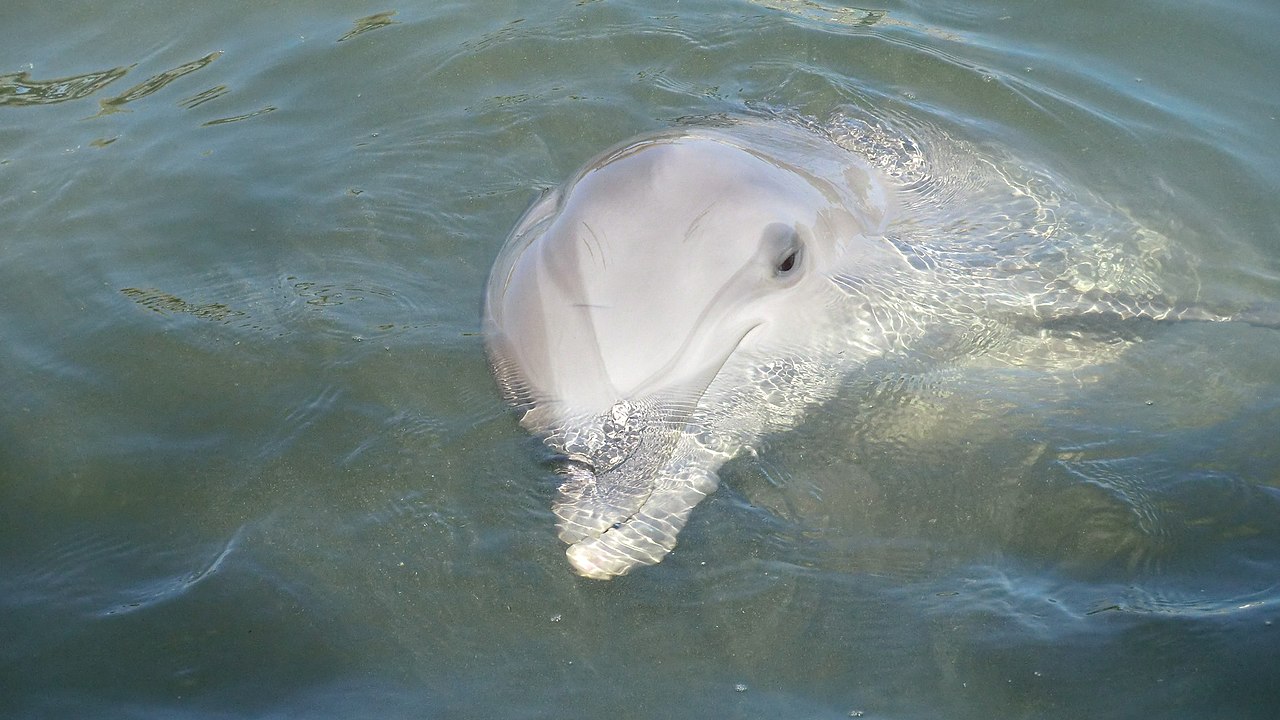