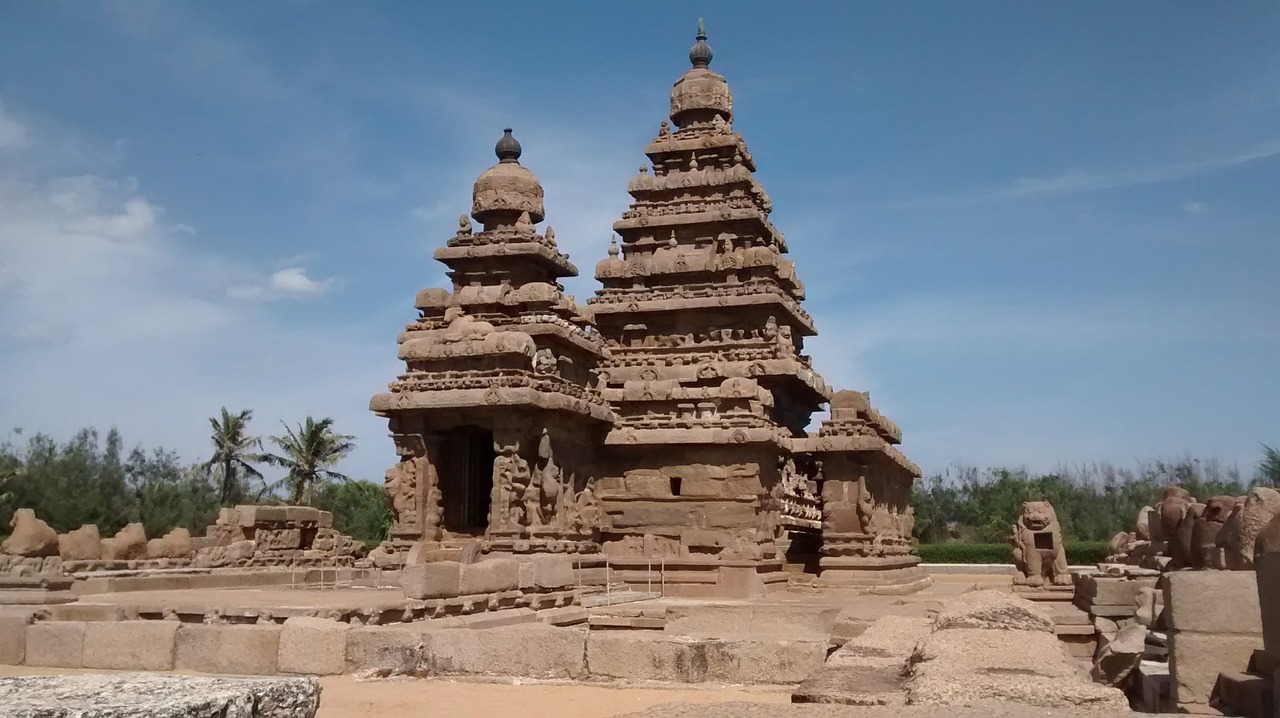 Mamallapuram has an intriguing and rich history. This ancient town has always been a place of significance right from the 7th century when the Pallava dynasty was in power. Today, Mahabalipuram is an important historical city of India, and it is also a UNESCO World Heritage Site.

Mamallapuram is known as being an important center of art, literature, and a major trading hub from the 3rd and 7th century BCE. In fact, it is believed that ancient mariners frequently referred to Mahabalipuram as the ‘Land of the Seven Pagodas.’ During archaeological excavation, several coins have been found here that indicate that there were trade routes existing between Mamallapuram and the Romans going back to ancient times.

With its scenic golden sandy beaches, azure waters, and many historical attractions, Mamallapuram is a must-see destination for all those who are visiting Tamil Nadu – definitely an experience you will never forget. Mamallapuram also serves as a popular destination for people coming from Puducherry and Chennai.

Here are some of the best places to visit in Mamallapuram.

The Shore Temple is one of the most famous places to visit in Mamallapuram. The temple was constructed in the 7th century under the royal guidance of the Pallava kings. This temple is believed to be one of the oldest temples in all of South India. It is built in the Dravidian style of architecture and is made to reflect the royal taste of the then ruling Pallava dynasty. In fact, the beautiful carvings of the temple have earned it a place as a World Heritage Site by UNESCO.

The Shore Temple is believed to the first stone structure that was constructed under the Pallava dynasty, and the magnificent architecture of the temple comprises five storeys having a rock-cut structure. The top part of the temple is wholly decorated with carvings and sculptures. To provide protection to this striking temple from erosion caused by the sea, a stone wall has been built around it as well.

The pyramidal structure of the temple has a height of 60 feet and is built on top of a 50 feet square platform. It is truly a striking piece of Dravidian architecture and has a rich history behind it. There is a massive rock near to this majestic temple, and it is said that the waves of the Bay of Bengal have never been able to touch this rock in the last so many years.

The Shore Temple is one of the rare temples that have been built on the actual shore of the Mamallapuram Beach and is one of the most photographed monuments in India.

The Mahabalipuram Beach, also known as the Mamallapuram Beach by locals, is one of the key tourist attractions of this city. The beach is situated on the shores of the Bay of Bengal and is made up of many rock-cut sculptures. There are many caves, massive chariots or rathas, and temples that dot this beach and attracts hundreds of tourists, pilgrims, history and architecture fans to these shores every month. The beach is a great place to relax and spend quality time watching the sunrise and sunset. 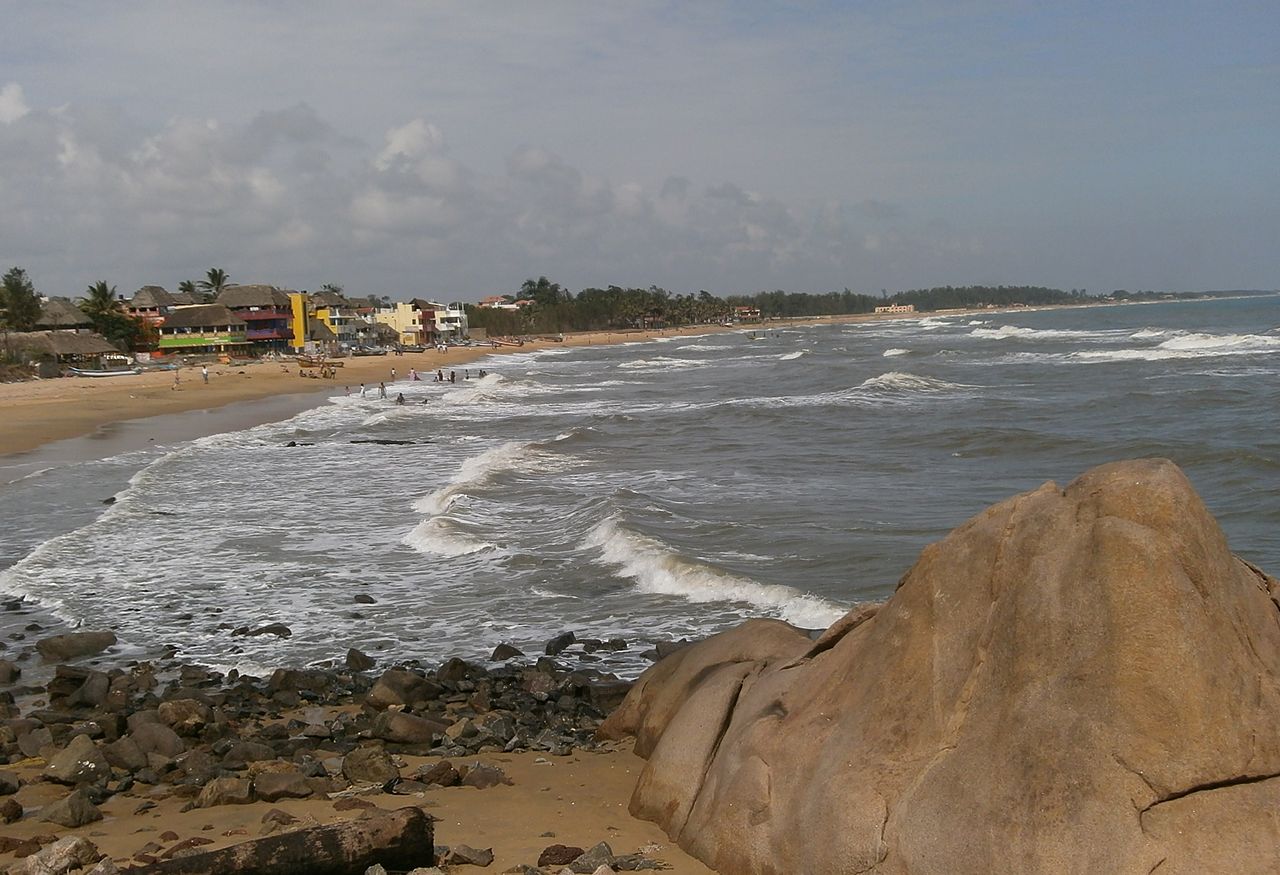 The Mamallapuram Beach offers a unique activity to indulge in – surfing lessons. There are few sections of this beach that are ideal for surfing, and for beginners, the Mumu Surf School will give you all the guidance you need to get some quick tips and tricks on how to balance yourself on the surfboard. If you already know how to surf, but don’t have your surfing gear with you, not to worry as there are many shops on the beach where you can rent or buy surfing gear from.

If you are in Mamallapuram, then the India Seashell Museum is one place where you must visit as there is no other museum as unique as this one. The museum houses various conch, seashells, and many other natural substances obtained from the heart of the sea. There is also a beautiful aquarium that houses several varieties of sea creatures like starfishes, fishes, sharks, etc. 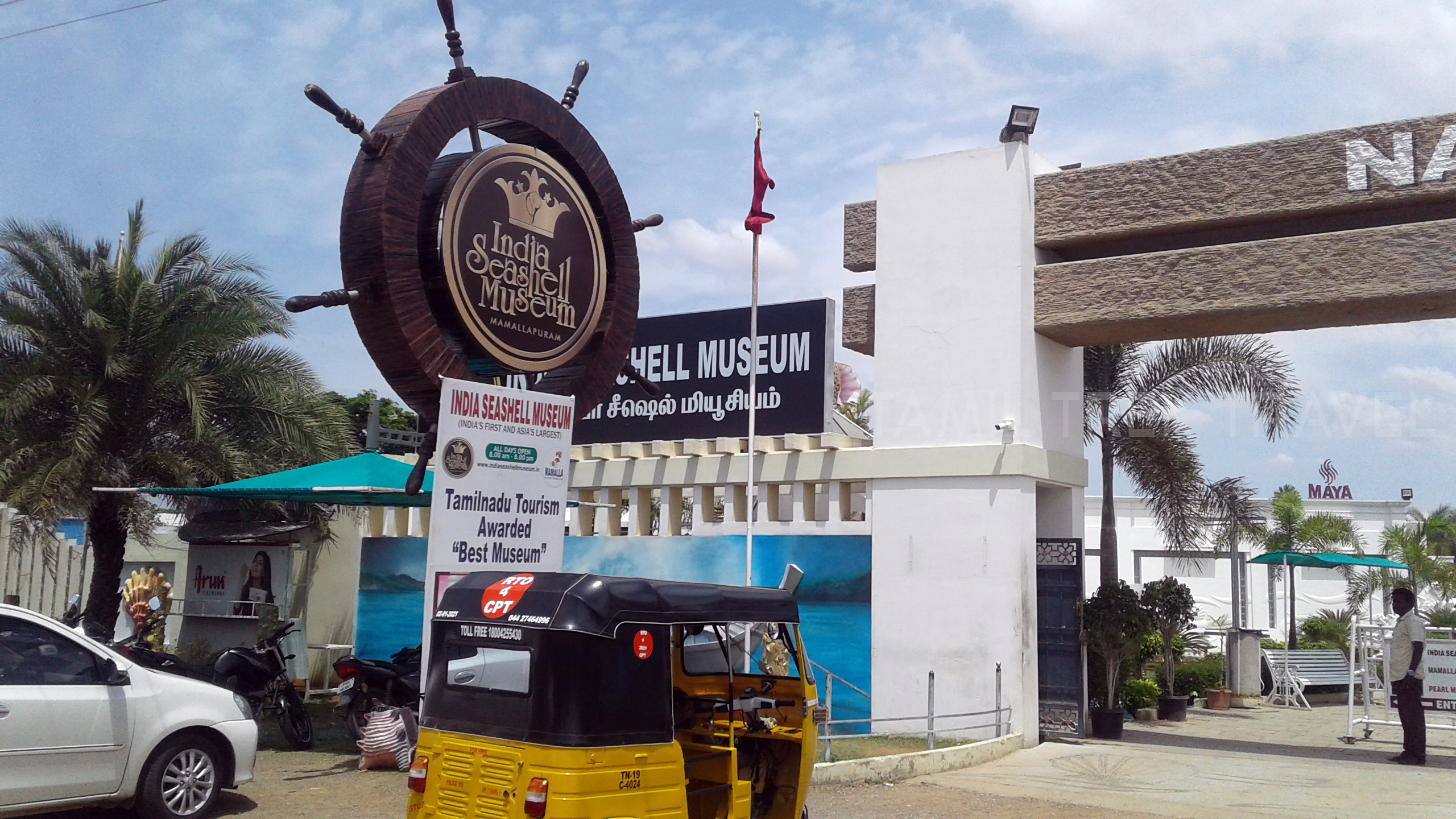 A trip to this museum will prove to be so fascinating that you can easily spend one to two hours here. You can also find a curator to take you around the museum and provide you with a detailed explanation of the items on display.

The Five Rathas is another historical place in Mahabalipuram that you must certainly visit when you are in Mamallapuram. These Five Rathas are said to date back to the time of the great epic of Mahabharata, and it is believed that the five Pandavas themselves installed these. They provide an up-close view of Dravidian architecture, and you can go around to take a stroll around these chariots. 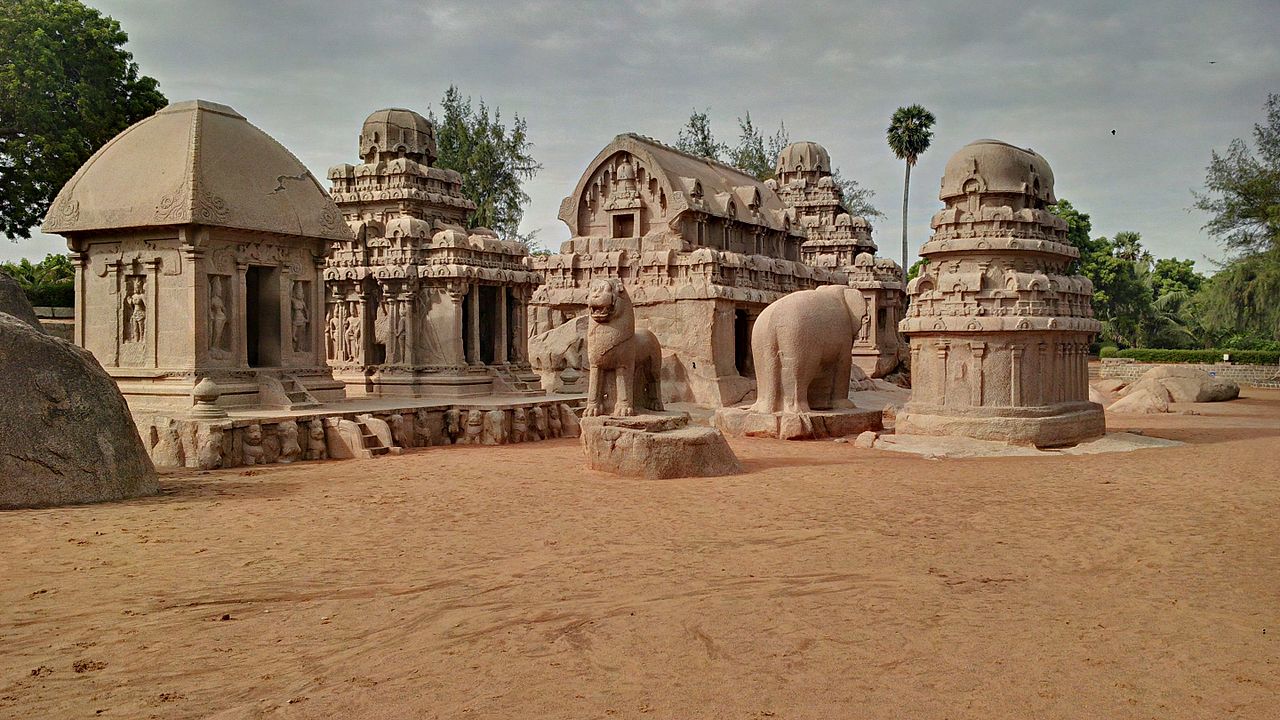 The sight of the massive elephant structures here will surely give you a glimpse into an era gone by. There is an entrance fee of INR 10 for Indian citizens and INR 250 for foreigners. The Five Rathas remains open from 6 a.m. to 6 p.m. every day.

Arjuna’s Penance is one more historical site in Mamallapuram. This is a massive rock-cut relief – one of the biggest in the world. Also known as the ‘Descent of the Ganges’ because the structure is believed to depict one or both of the two symbolic and significant events of Hindu mythology. It is thought that the meditating sage shown on Arjuna’s Penance is King Bhagiratha, shown to be praying to Goddess Ganga to come to earth and offer salvation to the corpses of his ancestors. 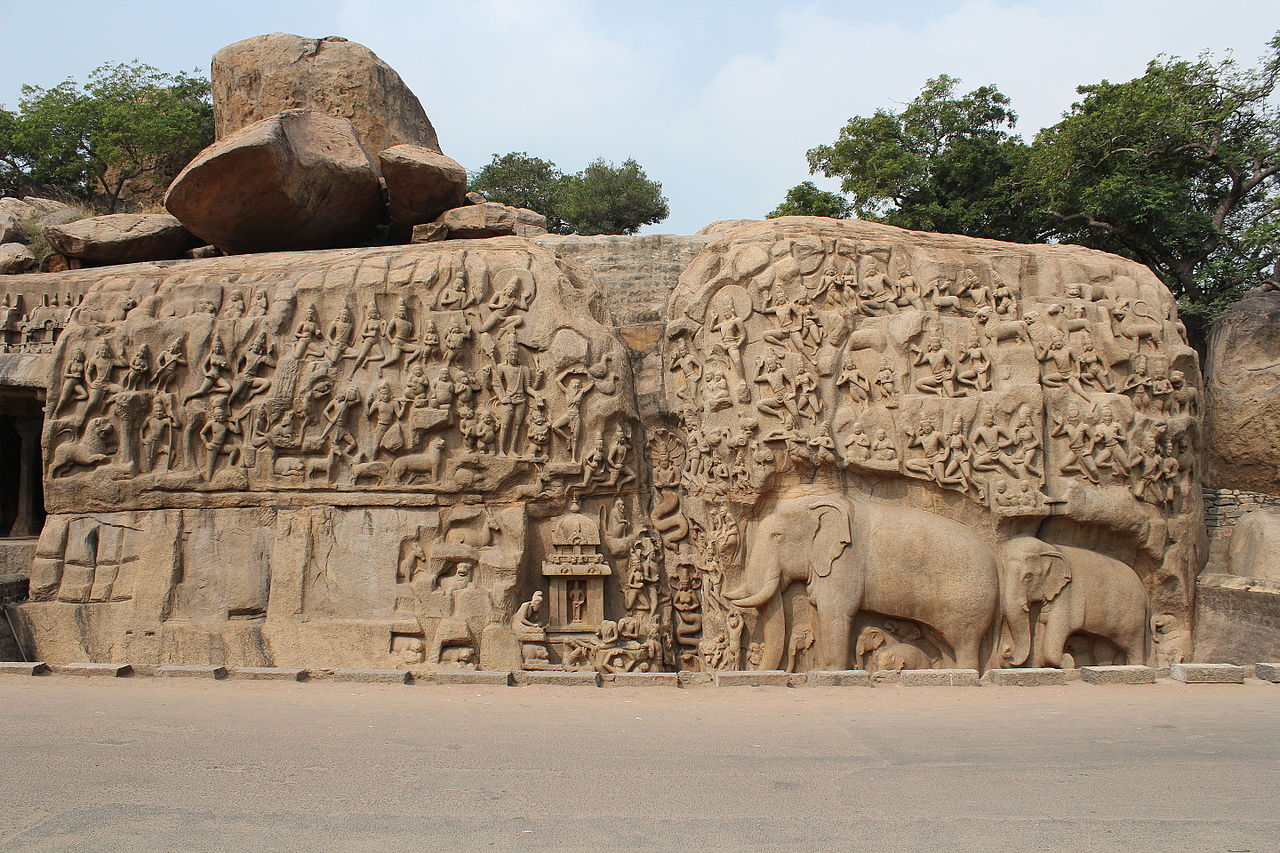 Other scholars and historians believe that the sage shown standing on one leg is Arjuna himself, the leading protagonist of the Hindu epic Mahabharata. There are many depictions of the Arjuna’s Penance, and it is a place worth visiting to get a bird’s eye view of a piece of history yourself. You will find many historians, scholars, and academicians amongst tourists over here.

This structure is not just important historically, but it is also one of the most well-preserved specimens of the unique art form of carving and sculpting on the rock that goes back to the 7th century in South India. This historical site in Mamallapuram is also protected by the Archaeological Society of India and is a UNESCO World Heritage Site.

This fascinating attraction of Mahabalipuram is a must-visit to witness the real marvel of nature. Krishna’s butterball is a gigantic boulder of granite that measures a towering 6 meters tall and 5 meters wide. It weighs over 250 tons, and this strange object is believed to have been in the same position for over 1200 years. At some point, someone employed seven elephants to move the boulder, but they failed to move the boulder even by a tiny bit. This 16 feet tall rock has been standing on this short slope for hundreds of years, and the real question remains as to how this historical moment can continue to stand on the hill for so long without moving. 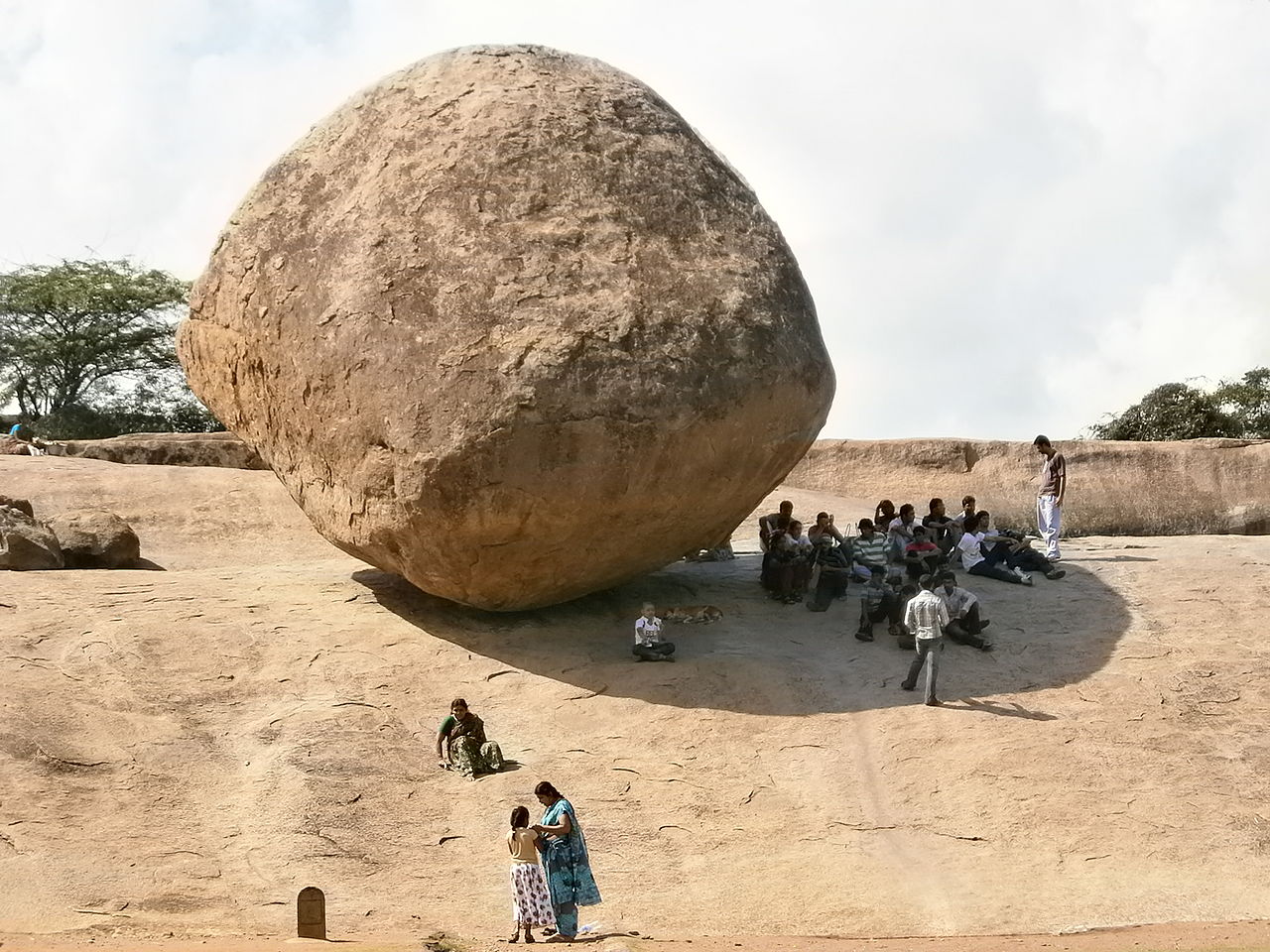 Legend has it that the boulder is actually a piece of stolen butter that was dropped by Lord Krishna. Many devotees come to visit this boulder and often leave offerings for Lord Krishna here.

One more fascinating site to visit in Mahabalipuram is the crocodile farm. If you want to get away from the historical places and beach activities to see something really unique, a visit to the crocodile farm is a must. This farm has a massive variety of crocodile species ranging from Indian and African crocodiles and alligators and even the Indian Gharial.

This crocodile farm is very popular among families with kids as they get excited to see the different species of crocodiles and alligators here. The species are kept in their natural habitat here. The overall atmosphere will give you a chill down your spine as you witness the crocodiles going about their natural activities.

The Crocodile Farm also houses various other species like turtles and snakes.

Mamallapuram is a small charming coastal town that is a popular tourist destination in Tamil Nadu. Even though it is a small town, Mamallapuram or Mahabalipuram is a significant stopover for people who come from all over India to see the stone-carved heritage sites, golden sandy beaches, azure waters, and the beautifully carved temples of Mamallapuram. Spend your day through these historical and natural marvels of the town and your evenings savoring the extravagant seafood of Mahabalipuram. So if you are planning a trip to Tamil Nadu, don’t forget to include Mamallapuram in your itinerary to get a holistic experience. 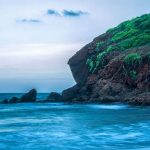 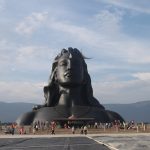 Visit Kovai: 5 Best Places To Explore In Coimbatore (2022) Next 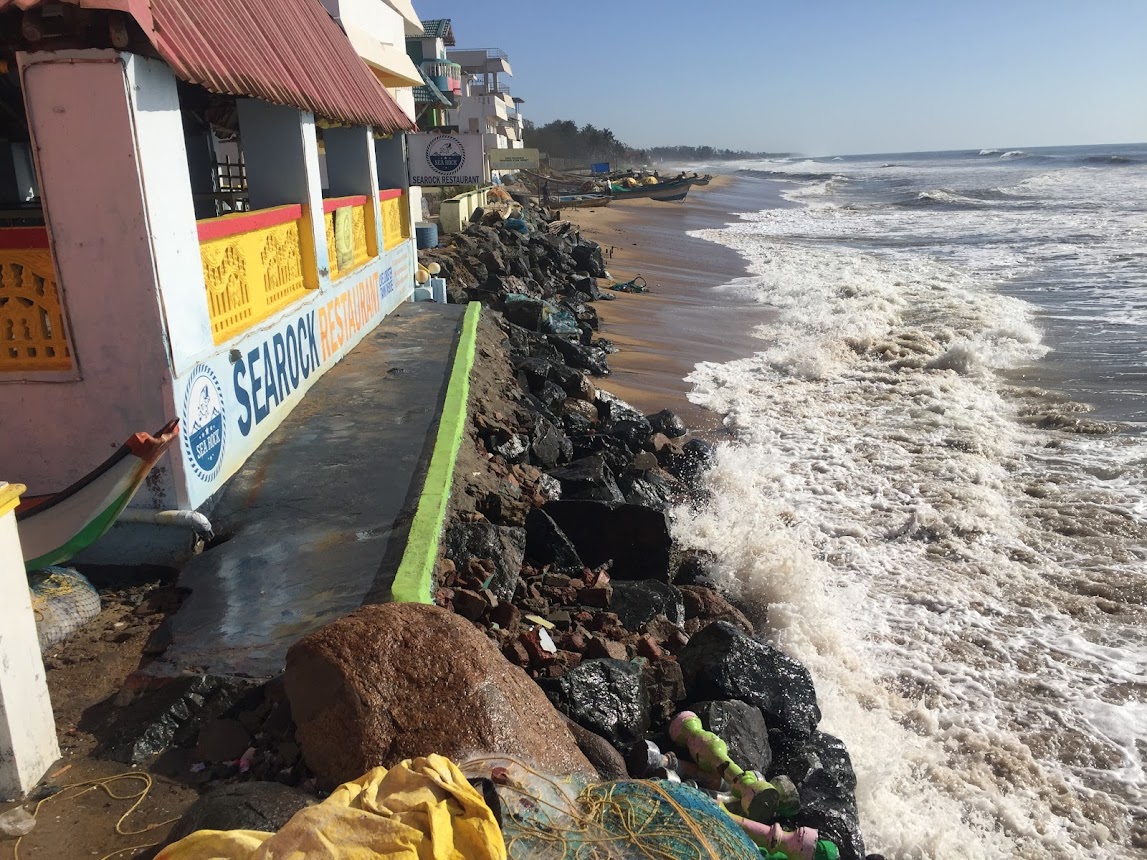 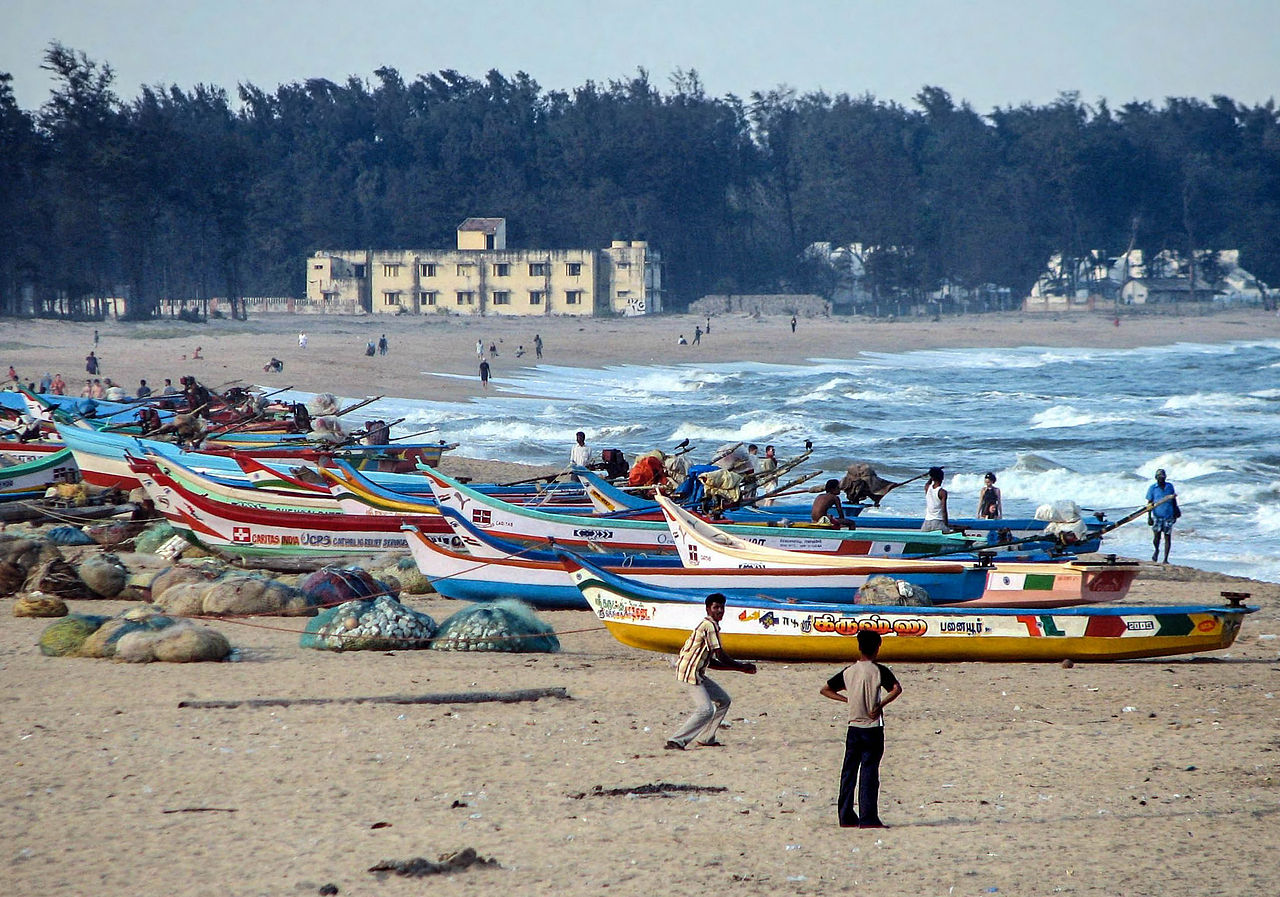 Things To Do At Mamallapuram Beach (2022)