Nagore Dargah Nagapattinam Travel Guide: History, Architecture, Timings, Who is it Dedicated To, Festivals Celebrated, How to Reach? (2023)

Who Is The Nagore Dargah Dedicated To?

The Nagore dargah is dedicated to Shahul Hamid, who was a renowned Sufi saint. The Sufi saint Shahul Hamid is credited with performing several miracles in the town of Nagore. He is even known to have cured the physical afflictions of a 16th-century Hindu king Achutappa Nayak. 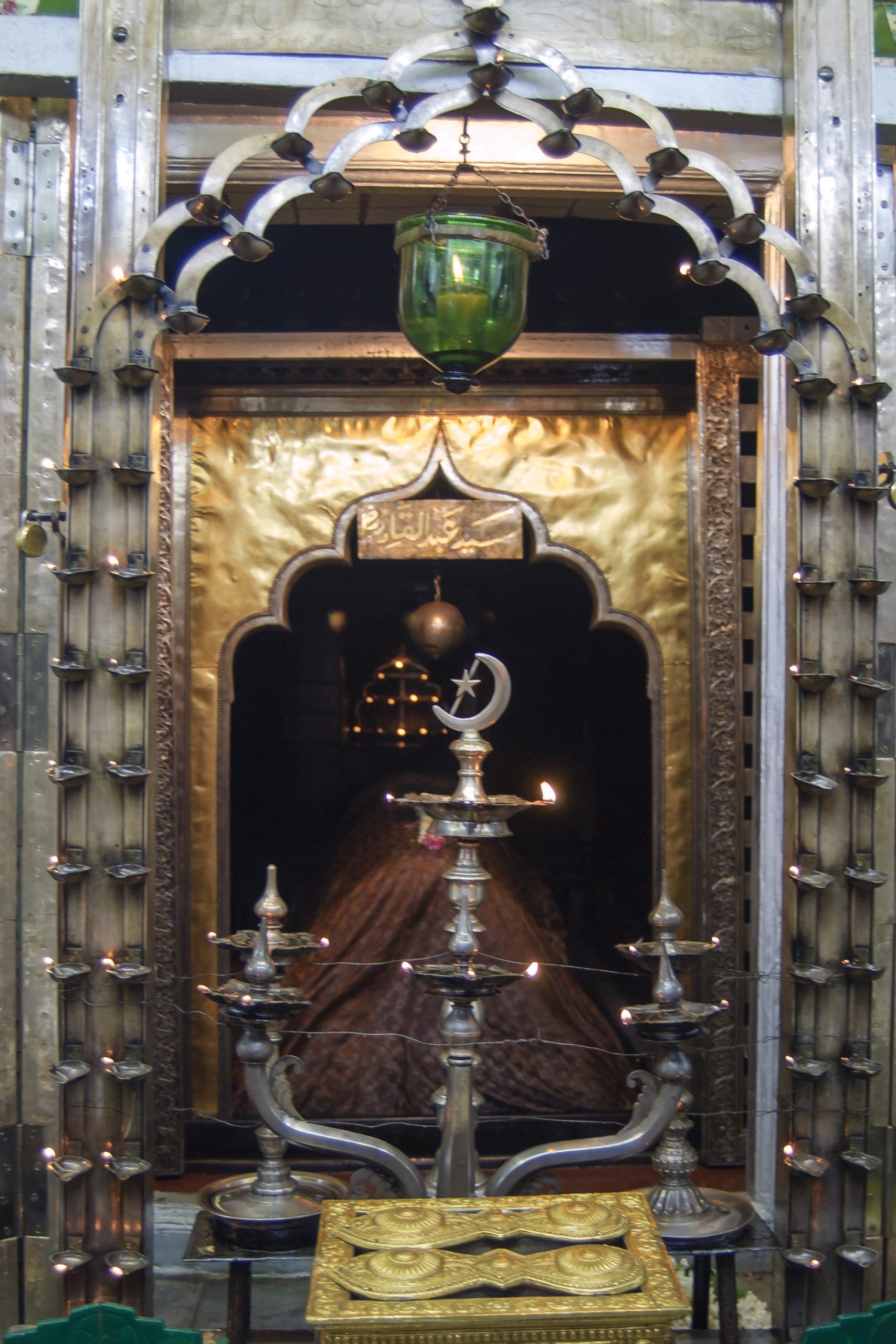 Today, the Nagore Dargah is believed to have been constructed by the passionate devotees of the Sufi saint, with significant contributions made by the Hindu community.

The Nagore Dargah today is a major pilgrimage center for both Islamic and Hindu pilgrims, who come from all over the country. The dargah is also a major symbol of the peaceful coexistence of the two religions in India for so many years.

Which Festival Is Celebrated At Nagore Dargah?

The Nagore Dargah celebrates many festivals around the year, the most prominent of which is the Kanduri festival. The Kanduri festival is a 14-day festival that commemorates the death anniversary of Saint Shahul Hamid. During the festival, common practices include presenting various offerings, playing musical instruments, and singing songs in praise of the Sufi saint. Pilgrims coming to the dargah must first take a holy dip in the Shiga Gunta, the sacred pool located within the premises of the dargah. 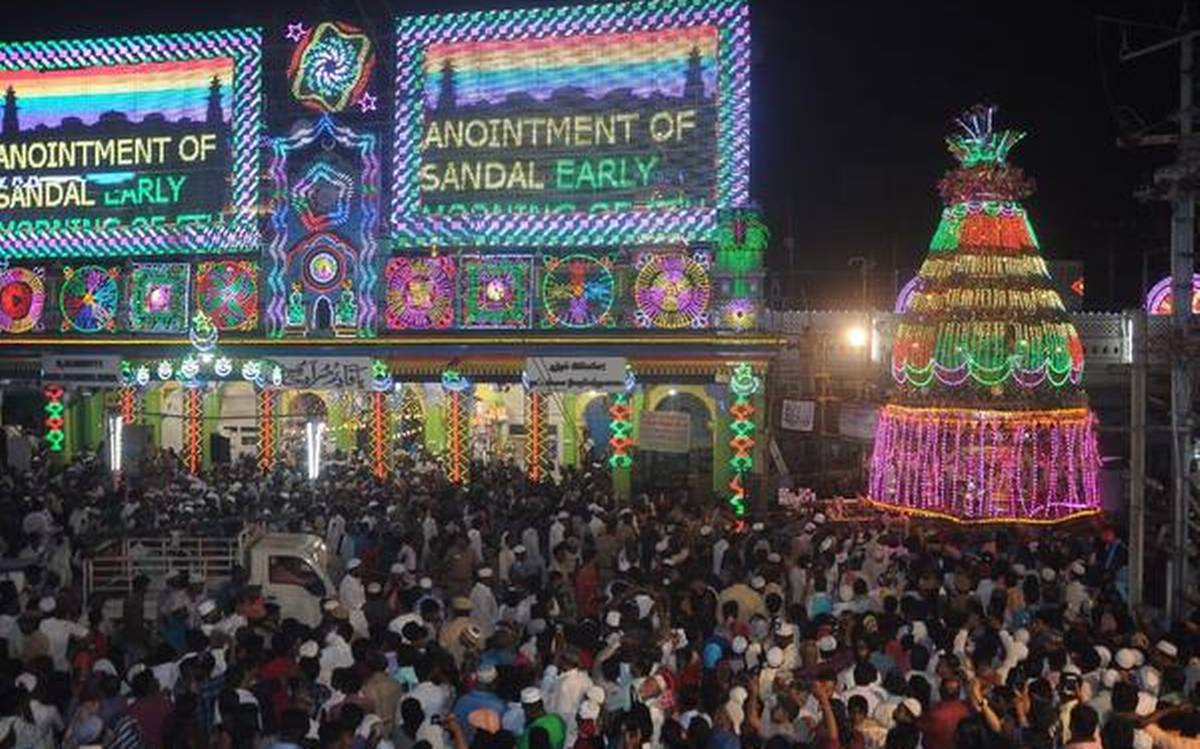 What Is The History Of The Nagore Dargah?

According to history, Achutappa Nayak, who was the king of Thanjavur in the 16th century, donated around 200 acres of land to the entire entourage of Shahul after the saint cured the disease the king was suffering from. The dargah was then built on the part of the land given to the staff. It is said that Shahul Hamid predicted his own death and also advised his adopted son about where he should be buried and what all rites should be performed after his death. His adopted son, Yusuf, proceeded to perform the rituals as he was instructed and then decided to stay at the dargah itself for the rest of his life, taking care of the saint’s grave and the dargah.

A mausoleum was eventually constructed over the original grave of Shahul Hamid. The many followers of Shahul, who had firm faith in his divine powers even after this death, started revering the site of his burial. The initial shrine that was built was a small one. As it gradually gained prominence, the Maratha rule of Thanjavur, Pratap Singh, who prayed to the saint to be blessed with a son, constructed the tallest of the five minarets of the dargah after his wish was fulfilled. It was the Marathas who later became the patrons of the dargah and donated more land to the dargah.

During the years that followed, even though the conflict with European powers, the Maratha kings, the Nawab of Arcot, and even Tipu Sultan of Mysore considered this dargah to be strategically important, and the royal families kept on coming to the dargah to pray from time to time.
Architecture of the Nagore Dargah

The famous Nagore Dargah in Nagapattinam is built over an area of five acres and is enclosed by a compound wall. There are four entrances in each direction to enter the main complex of the dargah. The Nagore dargah consists of five minarets, and as mentioned above, the great Maratha ruler of Thanjavur, Pratap Singh, built the tallest minaret of the dargah. The tallest minaret is 131 feet tall, and it was erected on the 195th death anniversary of Shahul Hamid.

A unique feature of the dargah is the gold-plated dome located on the west-facing entrance of the complex. The dome is placed outside the main entrance and over the original tombs of Shahul, his son Yusuf, and his daughter in law.

The sandals of the saint are preserved in the shrine, and devotees from all over the country come to pay their respects here.

The center part of the dargah is where the tomb of Shahul Hamid is placed, and it can be approached through seven doorways. Four of these doorways are made of silver, while the other three are made of gold. Shahul’s grandsons also have a shrine each here, located in different chambers.

Inside the complex, there is a place of fasting during the annual festival known as Peer Mandap. A mosque is also built right next to the Peer Mandap, and daily prayers are offered at this mosque.

The holy water tank, Shifa Gunta, is located within the premises of the dargah. As per legend, it is believed that Shahul Hamid himself brought an iron chain to bind himself during periods of severe austerities. This iron chain today hangs from the ceiling above the tomb of his son Yusuf. The Vanjur Shrine and Silladi Shrine, both located outside the complex of the dargah, are also considered to be part of the Nagore Dargah itself. The Vanjur Shrine is a cave where Shahul is believed to have meditated, while the Silladi Shrine is believed to be where Shahul Hamid offered the daily prayers.

What Are The Timings Of The Nagore Dargah in Nagapattinam?

This holy shrine keeps its outer doors always open for everyone. The internal doors of the dargah, however, opens from 4:30 am to 7:00 am and then again reopens in the evening from 6:25 pm to 9:30 pm. Friday is the only day of the week when the dargah remains open from 12 to 2:30 pm as well. 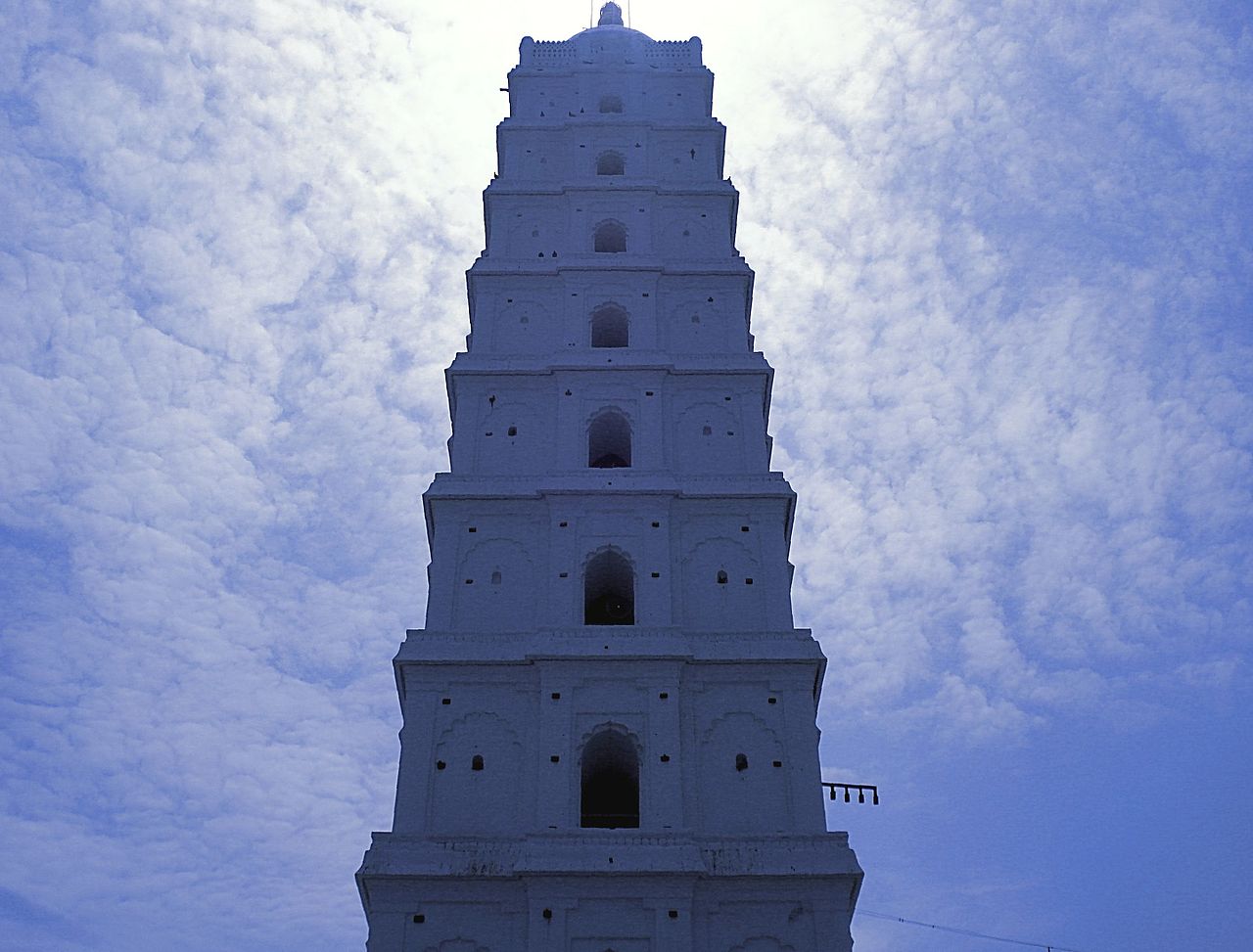 How to Reach Nagore Dargah?

Nagore Dargah is well connected to most major cities in Tamil Nadu and other South Indian states. The distance between Chennai and Nagore is approximately 257 kilometers, while if you travel by road, it is around 313.9 kilometers.

The best way to reach Nagore is by bus. There are many buses that ply to and fro from Nagore regularly. There is a train operating from Chennai to Nagore once a week on Saturdays. The train journey to Nagore from Chennai takes nearly seven hours.

The bus tour company RedBus operates a bus from Chennai to Nagapattinam every hour, with tickets costing anywhere between Rs. 500 to Rs. 800. The bus journey takes around eight hours.

There are over 40 hotels near Nagore Dargah, with prices starting at around Rs. 7500 a night. However, there are many guesthouses and Bed & Breakfast facilities that are priced at a cheaper rate. 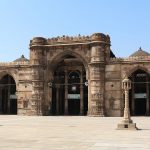 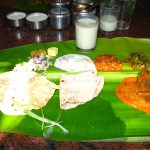 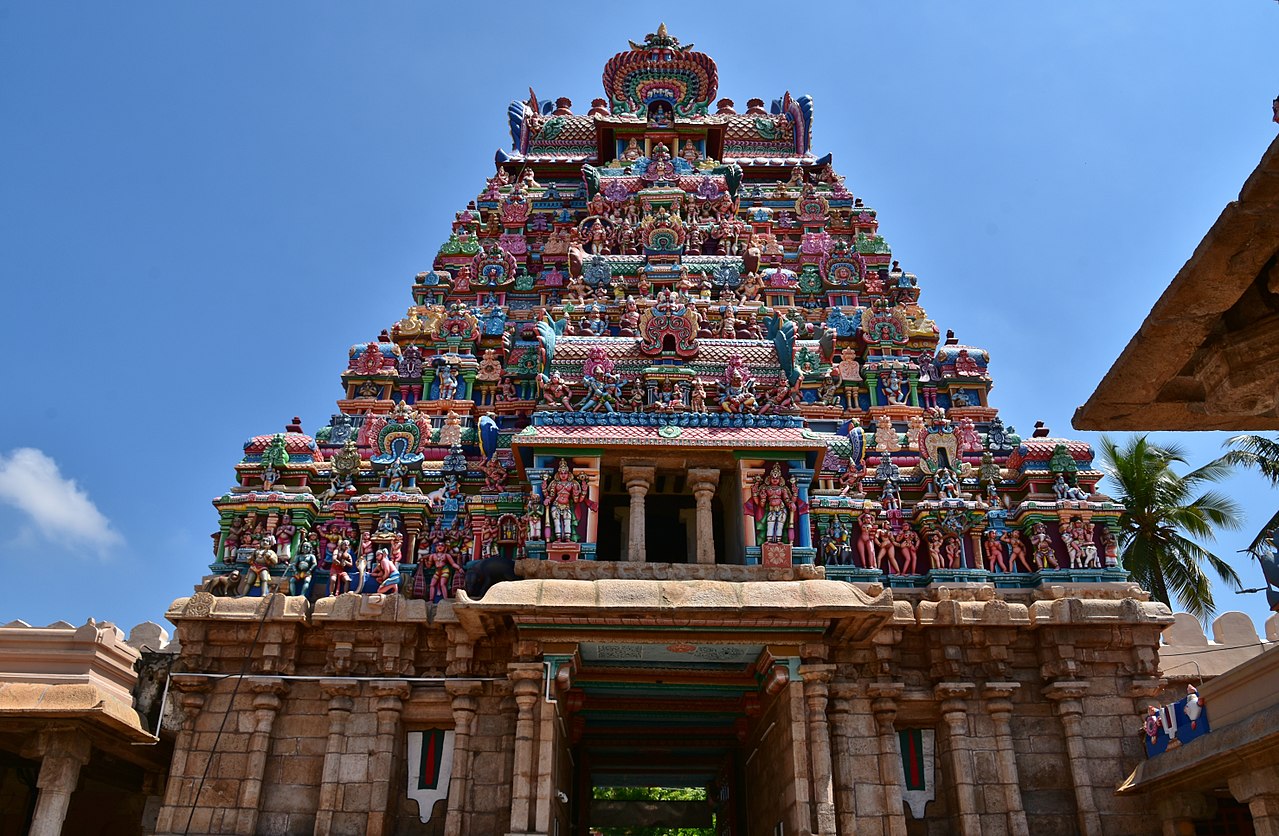 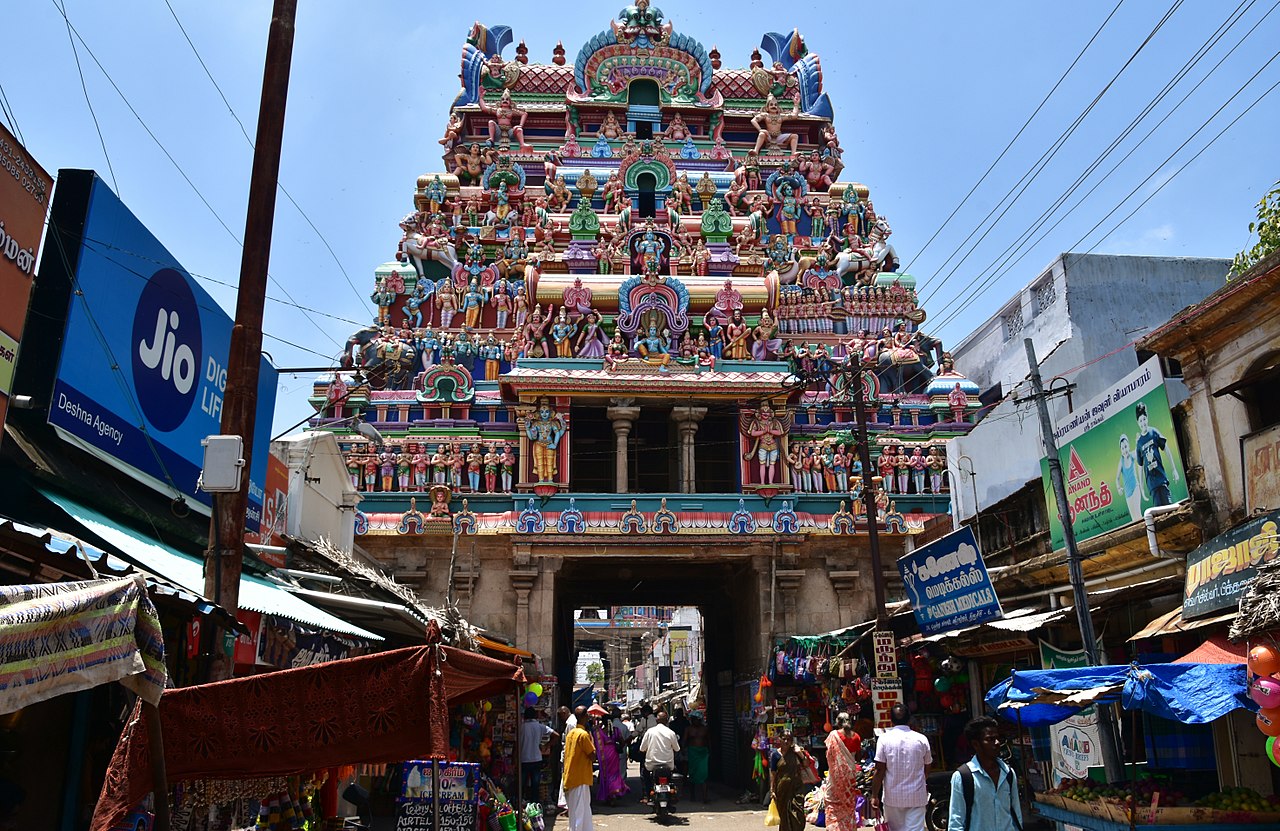