Agra is one of the cities of Uttar Pradesh which gained a lot of popularity during and after the regime of Mughal dynasty in India. This period has contributed a lot to the betterment and development of India at a large scale, ranging from modern upgrades to innumerous tourist attractions. The role played by the Mughals in popularising their style of architecture, which involved a blend of Islamic and their own unique style of craftsmanship, can be witnessed in many monuments built by the Mughal emperors. Apart from popular monuments like Taj Mahal, or Agra Fort, which doesn’t even need an introduction, there are many such monuments built by Mughals which are stellar examples of their eminence in craftsmanship. We are here to discuss one such monument, situated in Agra, popularly known as the Itmad Ud Daula.

An Overview of Itmad Ud Daula

One of the key personality behind the construction of the tomb of Itmad Ud Daula was Mirza Ghiyas Beg, a Persian Amir, who was the grandfather of Mumtaz Mahal, the wife of Mughal emperor Shahjahan and the father of Nur Jahan, wife of Jahangir. Even though he was sent in exile, he was rewarded with the title of Itmad Ud Daula, and his tomb named after his position.

The Tomb of Itmad Ud Daula 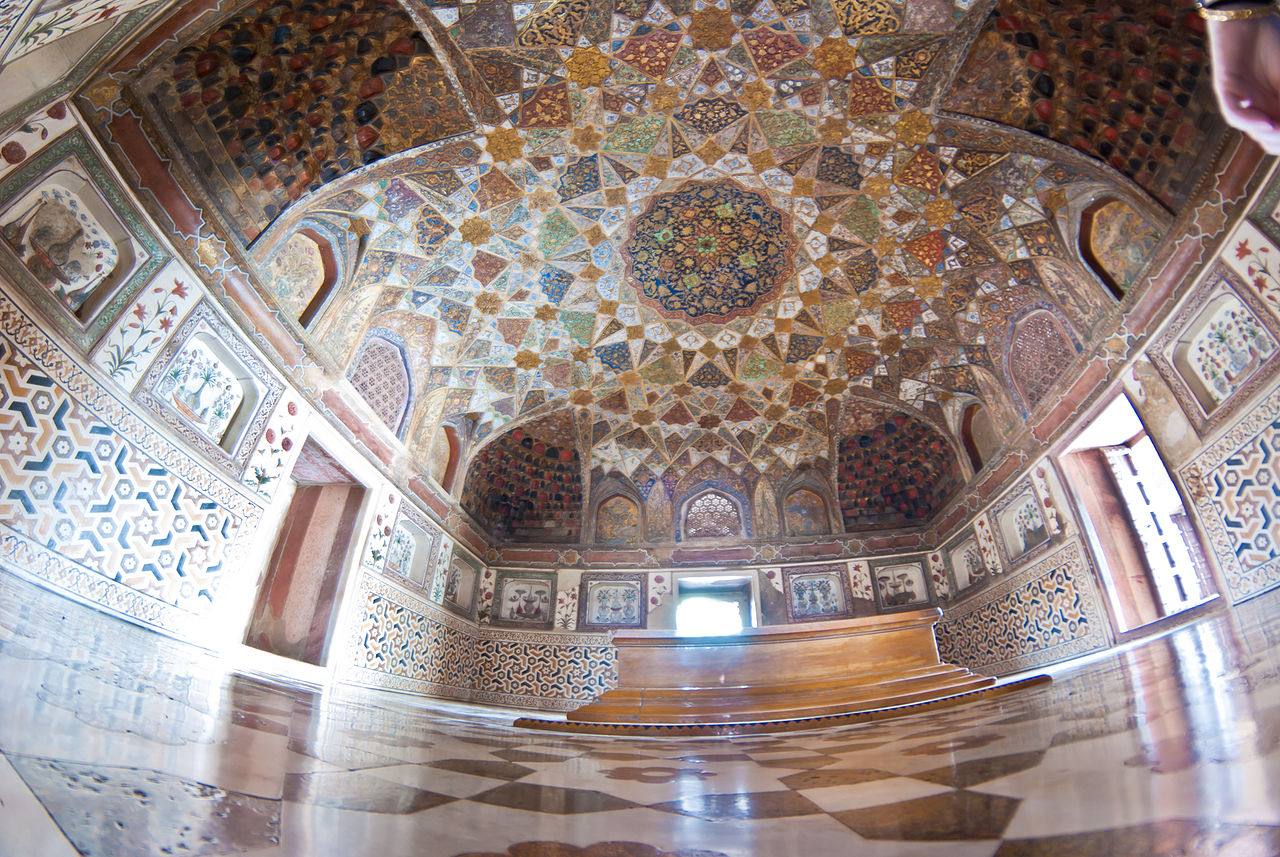 Image Source
The mausoleum consists of more such tombs, built in an ultimately royal manner, belonging to the members of the family of Nur Jahan.

The Story Behind The Construction Of Itmad Ud Daula

Mirza Ghiyas Beg was a traveller from Iran, who joined Akbar’s court as a servant and rose into power with his skills and knowledge. Nur Jahan, daughter of Mirza Ghiyas Beg, was married to Jahangir, who appointed him as the prime minister. Later, Shah Jahan, the successor of Jahangir married Mirza’s granddaughter Mumtaz Mahal, on whose memory, Shah Jahan constructed Taj Mahal. A few months after his death, the construction of Itmad Ud Daula was begun, which is even now considered as a masterpiece of the Mughal architecture. 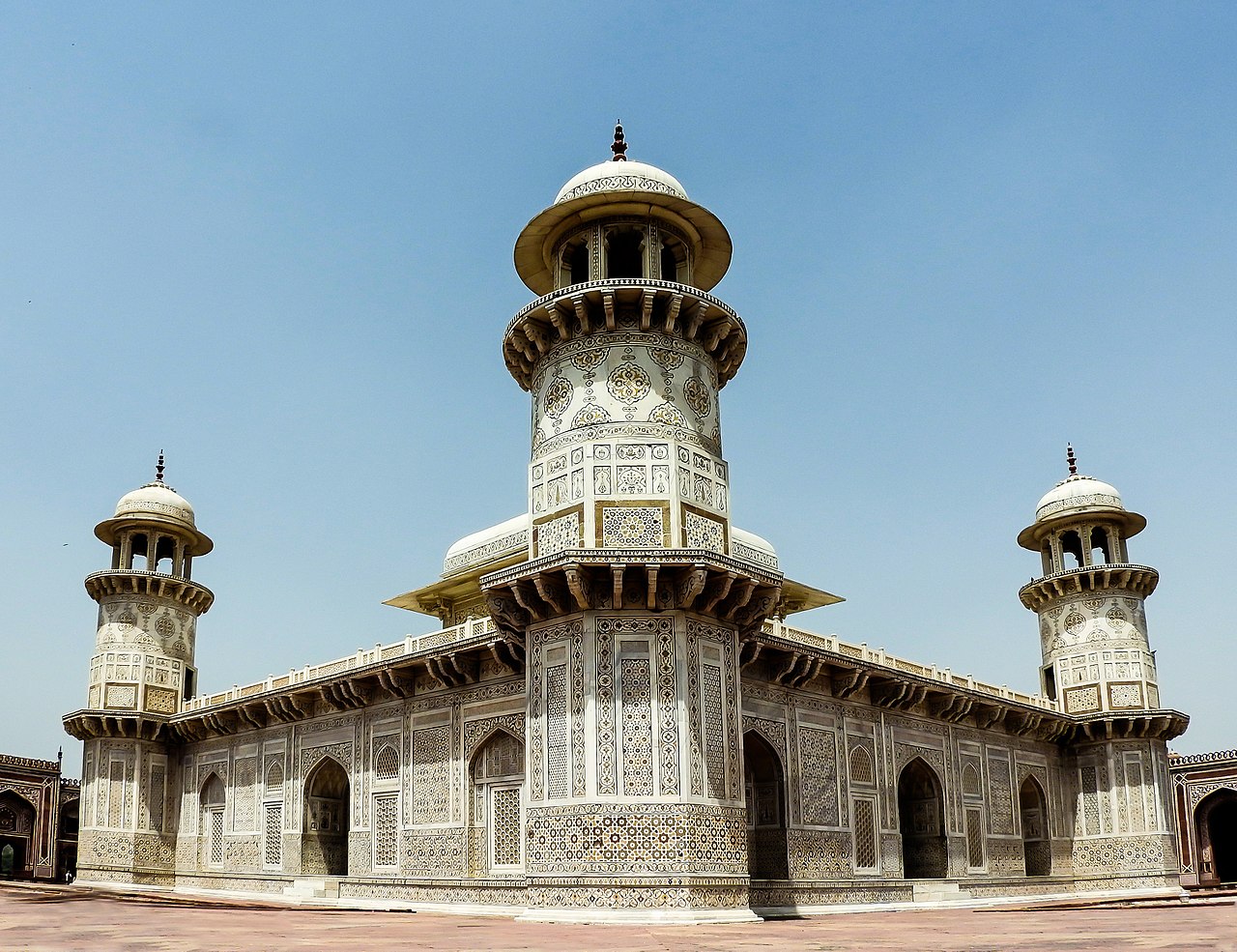 The tomb, along with all other areas, is established in the middle of a garden which is protected by compound walls. It is designed in a manner, such that even the tourists who just entered the compound will get to experience the wonderful designs and carvings of Mughal architecture. There are pathways and flowers all over the surroundings until you reach the tomb. The tomb is made of pure white marble, which is constructed above a platform of red sandstone. The tomb is also designed with magnificent craftsmanship which includes different carvings and floral and geometrical works. There are also waterworks in the garden, which is also a major attraction in Itmad Ud Daula. 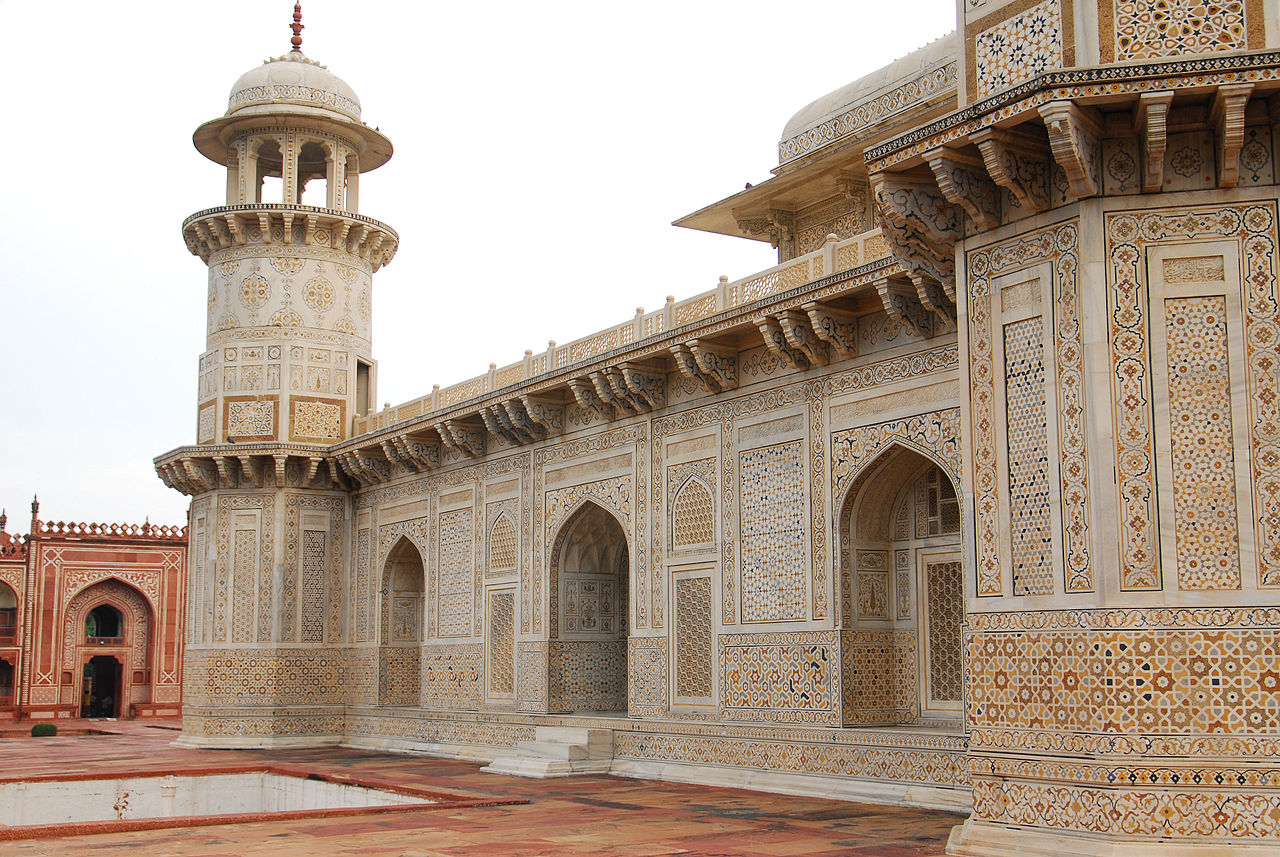 How To Reach Itmad Ud Daula?

By Road: The tomb of Itmad Ud Daula is situated around 11 km away from Taj Mahal, the central point of attraction in Agra city. Even after considering the traffic on road present, one can reach Itmad Ud Daula from Taj Mahal within less than 30 minutes. Moreover, the tourists will be having access to a number of public and private modes of road transportation which is also a preferable option to go for.

By Rail: Itmad Ud Daula is located nearly 9 km away from the central railway station of Agra which is also one of the affordable and convenient options available for the tourists. The Agra railway junction has wonderful connectivity to all points of North India and also to major railway stations of South India. The tourists will also have access to various modes of road transport to reach Itmad Ud Daula without any complexities.

By Air: The domestic airport of Agra is around 15 km away from Itmad Ud Daula. The airport, even though it isn’t an international one, has good connectivity to all major airports of the country. Moreover, it is comfortable and convenient to reach Itmad Ud Daula, straight from the airport via roadways.

Even the idea of visiting Agra without paying a visit to Itmad Ud Daula makes it unfulfilled. Similar to Taj Mahal, the tomb of Itmad Ud Daula is also a magical destination to the tourists who can witness the beauty of the Mughal craftsmanship with their naked eyes, right in front of them. Do visit this wonderful place whenever you are planning a trip to the city of Agra. 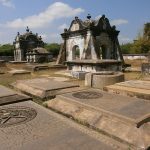 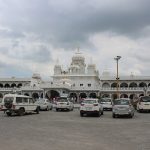 Visit Guru Ka Tal Gurudwara in Agra: A Major Pilgrim Destination in Agra For The Sikh Community and For Tourists (2023) Next 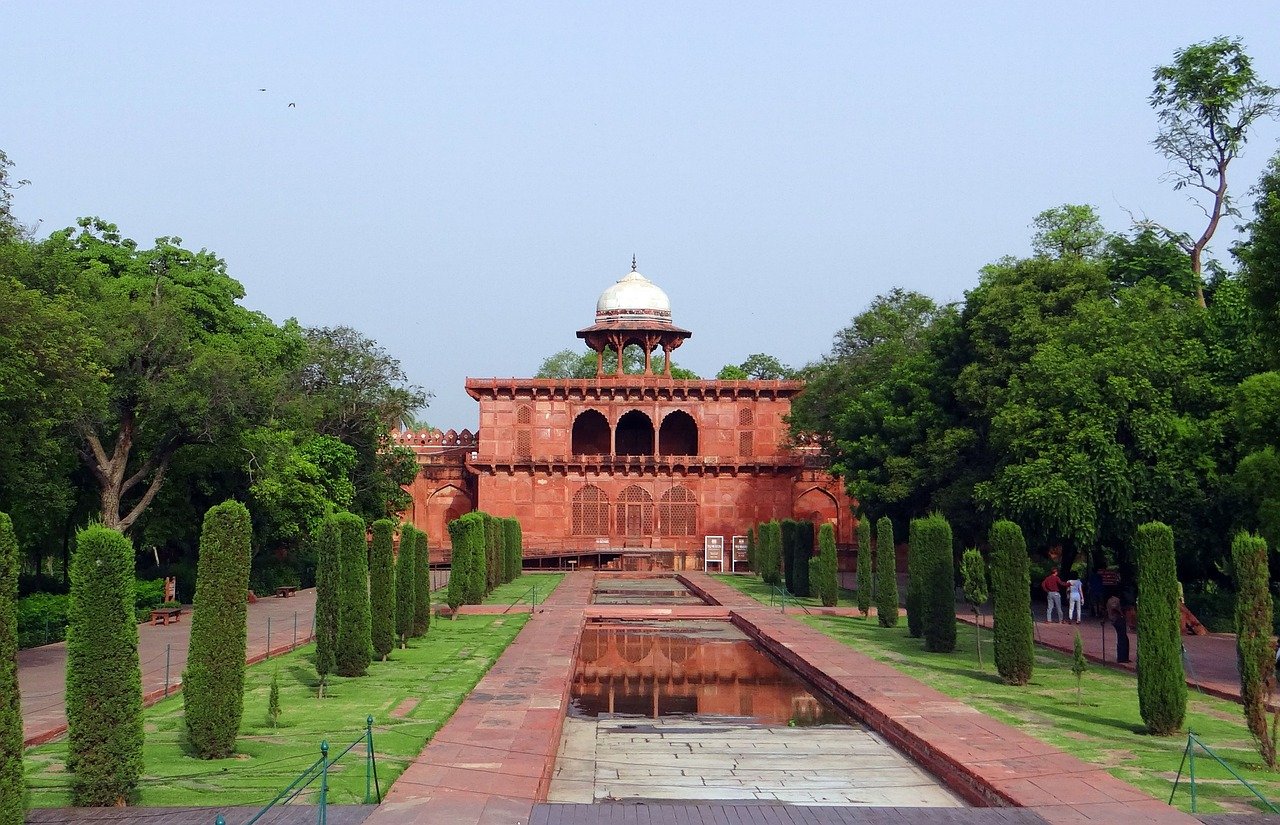 Visit Guru Ka Tal Gurudwara in Agra: A Major Pilgrim Destination in Agra For The Sikh Community and For Tourists (2023)