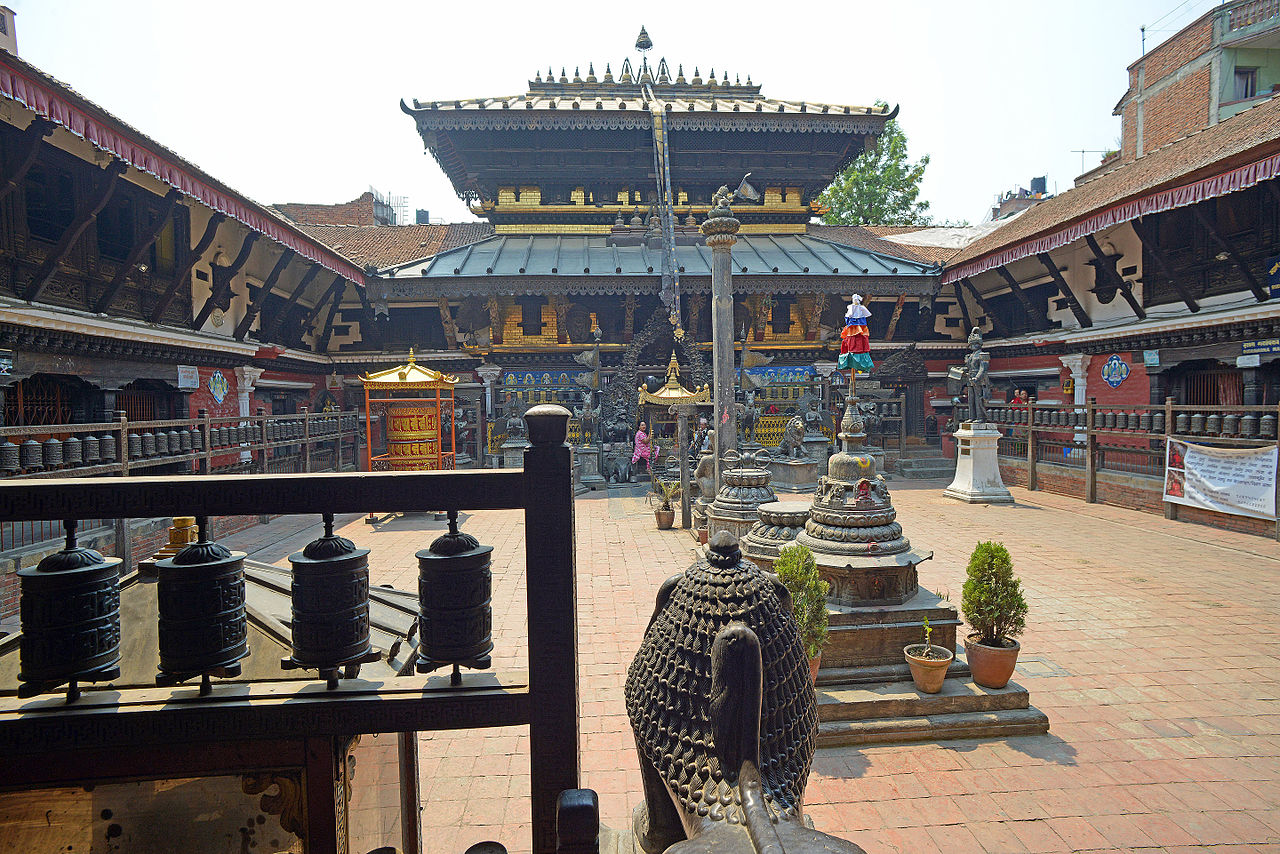 Lalitpur is one of the most important cities in Nepal that is immensely popular among tourists. Historically known as Patan, Lalitpur is located merely 5 km from Kathmandu. Despite being so close to Kathmandu, this town has its separate identity and history. Famous for being home to more than 136 Buddhist monasteries and 55 temples, this region is undoubtedly popular among the spiritual community. For both Hindu and Buddhist people, this town holds tremendous significance. Apart from religious tourists, Lalitpur or Patan is also famous among fans of distinctive architectural designs.

Throughout the city of Lalitpur, tourists get to witness majestically-designed temples and monasteries. The -pagoda-style architecture of the buildings in Lalitpur makes it quite different from the other Buddhist and Hindu regions in the world. One of the main reasons why so many parts of Patan are listed under the UNESCO World Heritage Sites is the Ashoka Stupas’ presence. It is believed the ruler Ashoka visited Patan in 250 BC to meet his daughter. At that time, he constructed five Ashokan pillars in Nepal. Most of them are located in Lalitpur. Patan’s weather is favorable throughout the year, and you can visit there any time you want. Most tourists prefer visiting there in the winter season. The climate of the surroundings in Lalitpur during the winter season is quite favorable.

Reaching Patan is quite easy. As it is located extremely close to Kathmandu, people tend to visit there by availing planes to the Tribhuvan airport in Kathmandu. Apart from airplanes, reaching Lalitpur from different parts of Nepal is pretty easy as it is quite well-connected via public transports. In this blog, we will provide you with all the important information regarding the best places to visit in Patan. By reading this blog, you will have a clear idea about this historical Nepali town.

9 Must-Visit Places in Lalitpur for Your Upcoming Nepal Vacation

The places included in the following list are some of the most popular tourist spots in Lalitpur. Please, try visiting every one of them while exploring the wonderous country of Nepal.

Located on Patan Durbar Square’s Southern side, Uku Bahal is one of the most significant Buddhist monasteries in Nepal. This majestic site is known as Rudra Varna Mahavir and was constructed in the 590 to 604 A.D. by King Shivadev. There are three courtyards located inside this monastery premises that make it unique. While exploring this site, you will notice that the statues of two lions bearing flags are erected in the outer courtyard. These statues were added in 1680 and made the area look like London.

In stark contrast, the courtyard located behind the Uku Bahal monastery looks typically contemporary. Most local people residing in the area use it. Even though some structures and paintings are located in this region, it is not that picturesque or popular among tourists. The central courtyard or the Rudra Varna Mahavira courtyard is one of the most beautiful backyards in Nepal. Throughout this area of the monastery premises, you will notice brass bells, the statue of Prime Minister Juddha Shumsher, winged horses, and others. Locating Uku Bahal in Patan is quite easy as it is located right at the city’s heart.

Sundari Chowk is one of the few courtyards in Nepal that expresses the Newar architecture in the most beautiful way. One of the main reasons behind this site’s popularity is that it has been undergoing a tremendous restoration process for the past ten years. After the massive 2015-earthquake in Nepal, Sundari Chowk got severely destroyed. Still, due to the Nepal government’s tedious efforts, the site has begun to return to its normal beautiful self. If you visit there, you will not be able to tell that this gorgeous site had undergone an earthquake. 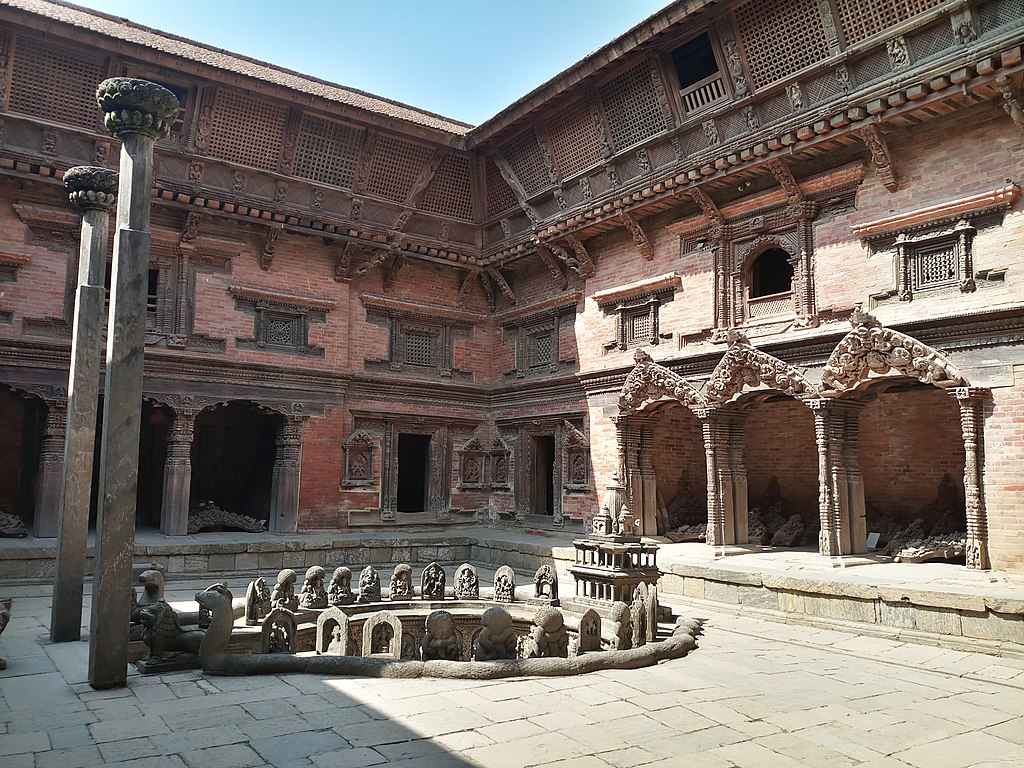 The entrance of Sundari Chowk makes it stand out from any other courtyards in Nepal. With the eclectic statues of Lord Ganesha, Hanumana, and Narsingha, Hindus regard this site to be tremendously sacred. Constructed by the Malla Kings in the 17th century, this site is part of the Patan Royal Palace complex. The wooden architecture of this courtyard makes it immensely photogenic. Like many sites of Lalitpur, Sundari Chowk is also part of UNESCO World Heritage Sites. One of the best parts about visiting this site is that it is entirely free for all types of tourists.

Undoubtedly the main highlight of Lalitpur, the Durbar Square in Lalitpur (Patan) is one of the most picturesque and magnificent sites in Nepal. Listed under UNESCO World Heritage Site, this square is a brilliant example of exemplifying Newar architecture. Along with most of the Durbar Squares in Nepal, this one in Lalitpur was also constructed in the 1600s. Noteworthy and touristy sites like the Keshav Narayan Chowk, Mul Chowk, and Sundari Chowk are all part of this region. Apart from these courtyards, 55 temples are also located in this square’s premises. 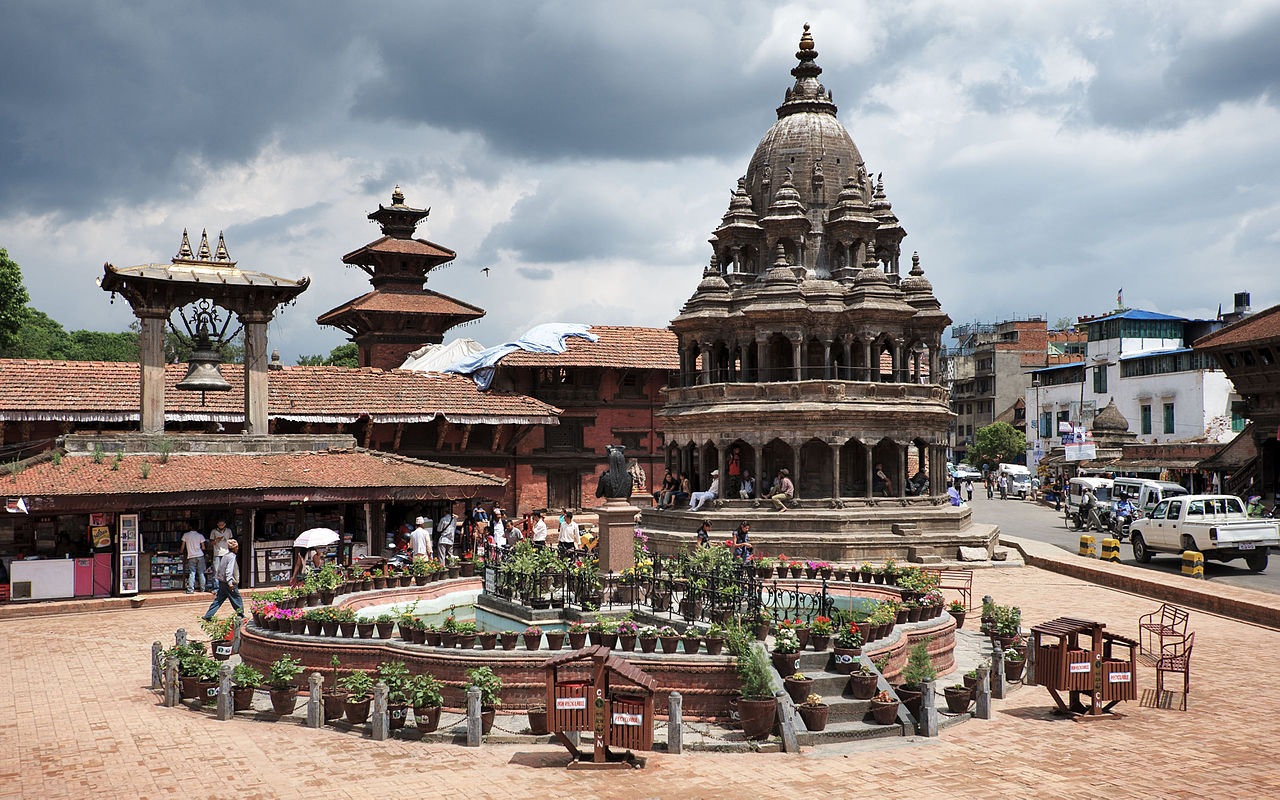 While exploring this region, you will notice mesmerizingly beautiful temples like the Krishna Mandir, Vishwanath Temple, Bhimsen Temple, and others. One of the most devastating thing that happened to Lalitpur is the 2015- earthquake. Sadly, due to this earthquake, a major part of Durbar Square got destroyed. If you visited the site right after the earthquake, you would not even recognize that it was once one of Nepal’s most beautiful places. Due to the diligent effort of Nepal’s tourism department, the region is getting back to its old glory. After spending millions of dollars in repairing the Lalitpur sites, the entire city is finally getting back on track along with Durbar Square.

Bhimsen Temple is an integral part of Patan or Lalitpur tourism. This spectacular temple is located in the Northern part of Durbar Square and is dedicated to the strongest Pandavas in Mahabharata, Bheema. In the Indian epic Mahabharata, Bheema played a significant role in defeating the Kauravas in the battle of Hastinapur. Even though Bheema is not considered a deity in most parts of India, in Lalitpur or a major part of Nepal, he is worshiped as a God. People over there consider him to be the God of trade and business. 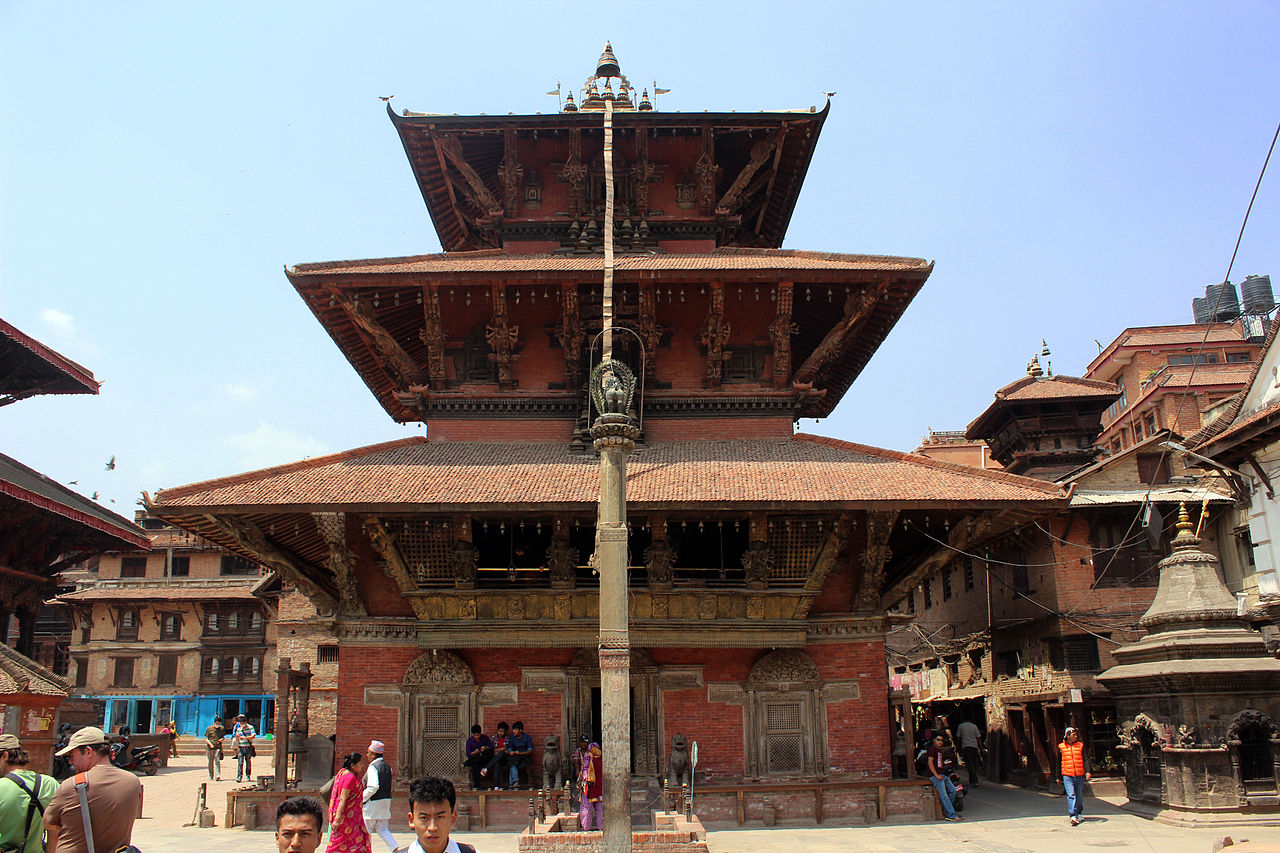 The carvings and drawings throughout the Bhimsen temple allow you to gather knowledge regarding the mythical Lord Bheema. While witnessing this temple’s charming and magnificent architecture, you will get lost in the life and gallantry of Bheema. One of the negative facts about this site is that non-hindus are not allowed to enter its premises. But they can admire its architectural magnificence from the outside. Even though this site was built in 1680, it underwent severe reconstruction due to a devastating fire in 1682. This temple had to be repaired again in 1934, 1967, and 2015 due to the notorious earthquakes that terrify Nepal.

One of the best sites to get the nitty-gritty details of Lalitpur is the Patan Museum. Like any other museums globally, this site also allows tourists to see artifacts and scriptures significant to their country. The Patan Museum is located in the Keshav Narayan Chowk of Lalitpur and was previously a royal palace. You will be surprised to know that the Malla rulers used to reside on this site. As this museum is located in Durbar Square, locating it will not be a major issue for you. 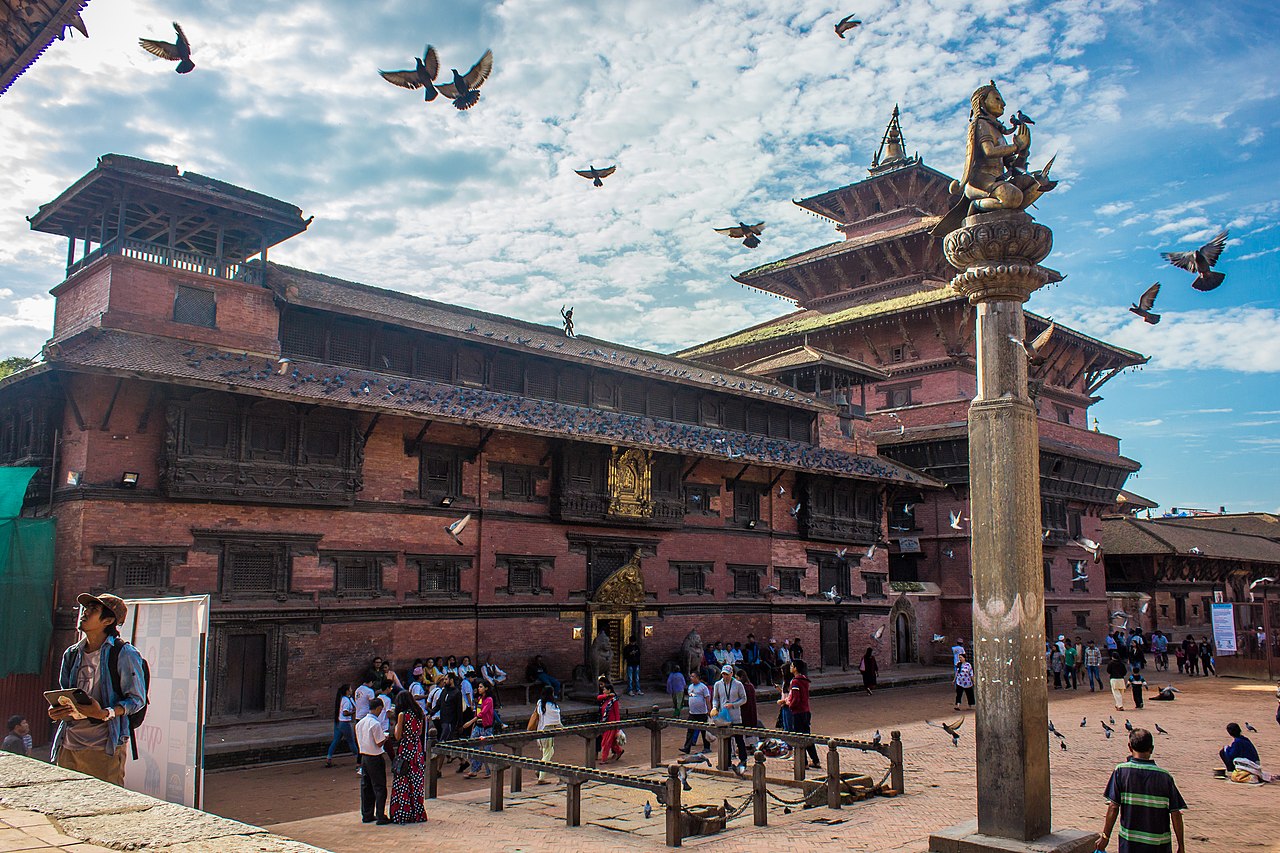 Built-in the 14th century, the Royal Palace in Lalitpur (Patan) is certainly the pride of Nepal. Most of the Durbar Square is covered by this complex. You will notice a wide variety of temples and monasteries throughout the palace complex that makes this site quite compelling. The Malla Kings constructed this entire region. One of the saddest parts about this Palace is that a major portion of it got destroyed by the horrifying earthquake of 2015. 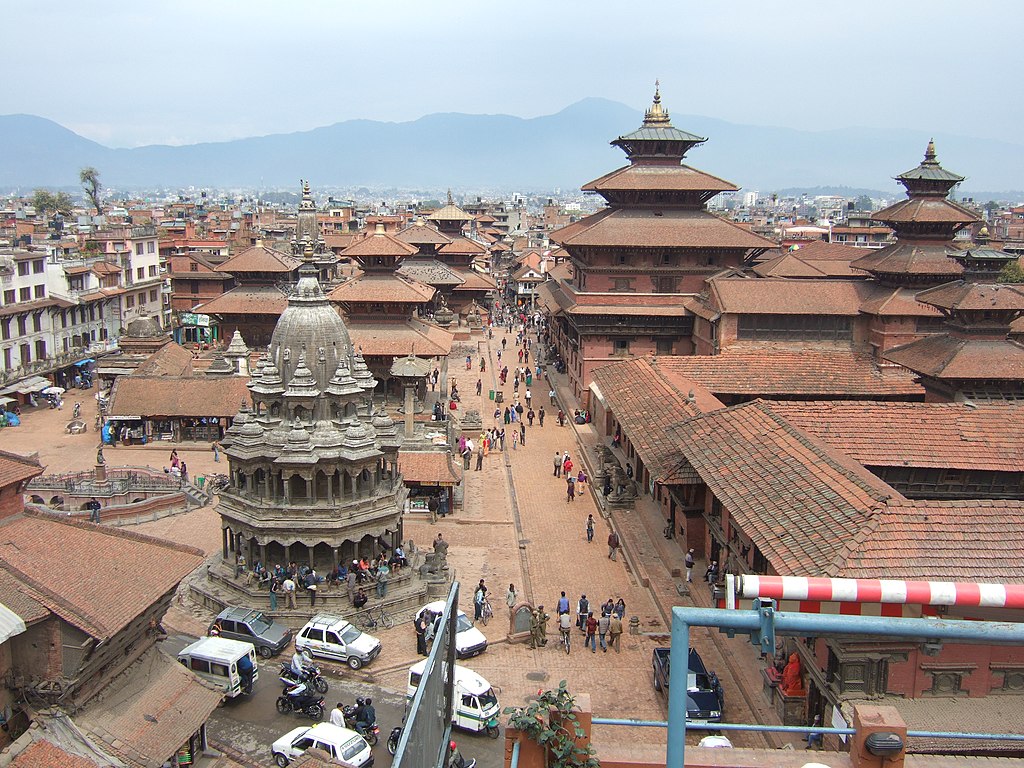 While exploring the Palace, you will notice courtyards connecting different sites of this region. All the gates located in the four corners of this Palace are carved beautifully and depict the stories and myths of Lord Ganesha, Goddess Parvati, and others. The entire region is so picturesque that you will not stop yourself from clicking a lot of pictures.

The Hari Shanker Temple is quite famous among both spiritual as well as non-religious travelers. Dedicated to the God that is only worshipped in Nepal, this temple is quite well-known for its magnificent architecture. After entering the temple complex, you will notice that a deity of the amalgamation of Lord Shiva and Vishnu is erected. It is believed that by worshipping in this temple, devotees get blessings from both of the said crucial Hindu Gods. Apart from the deity’s strange nature, the temple’s architecture also raises great curiosity among tourists. 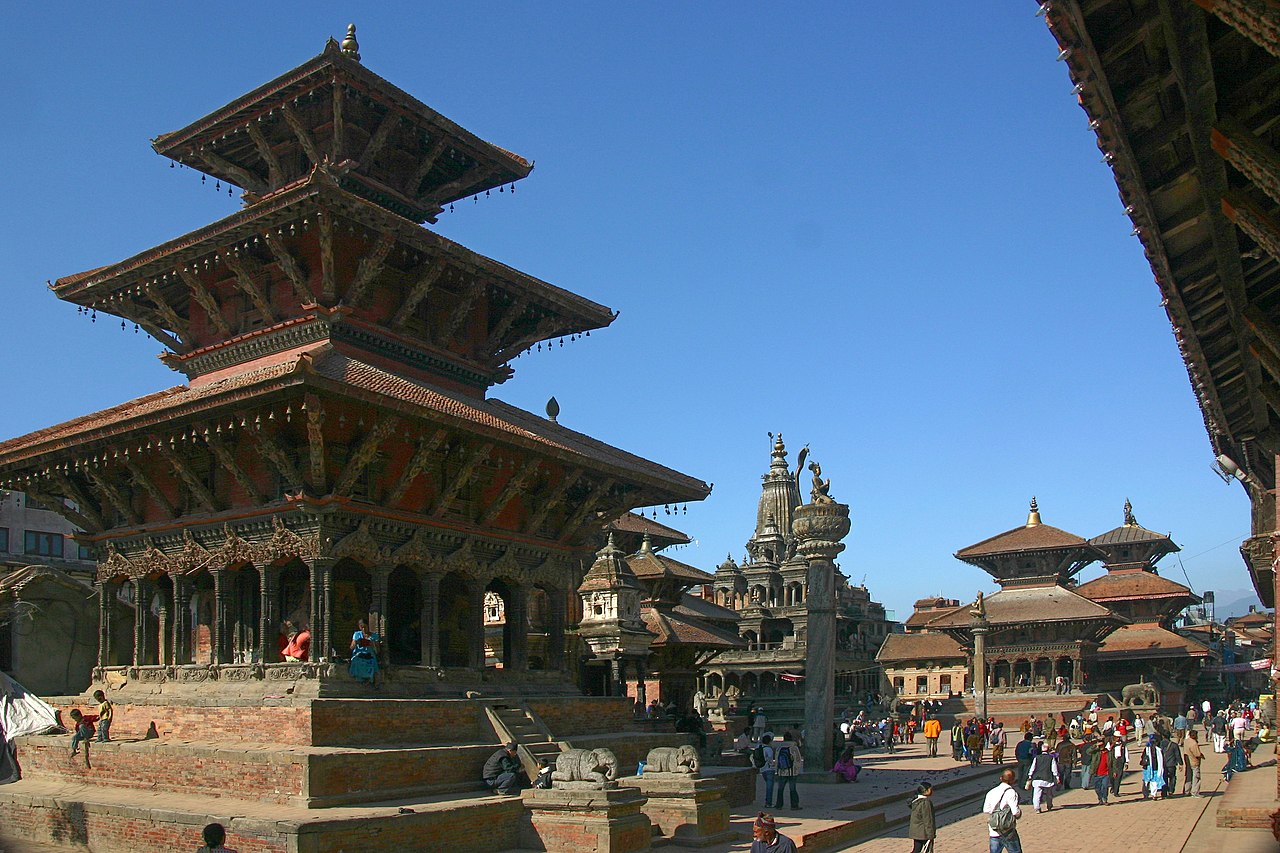 Commissioned by the daughter of Malla King, Yoganarendra, in 1704, this temple is three-storied high. The pagoda-like architecture and the wooden construction of this structure set it apart from most Hindu temples in the world. Although some parts of the temple got damaged in 2015 due to the Nepal earthquake, now it got back to its old glory due to repair and refurbishment.

The Mahaboudha Temple is one of the most beautiful temples in Lalitpur (Patan) that is hugely inspired by Shikhara-style architecture. Located in the Southern part of Durbar Square, this temple was entirely restructured after the 1934 Nepal earthquake. This monastery is dedicated to Lord Buddha, and the several terracotta statues of Gautam Buddha on this site is certainly its highlight. You will be surprised to know that during the construction of the temple in 1585, its architecture was pretty different from its present state. 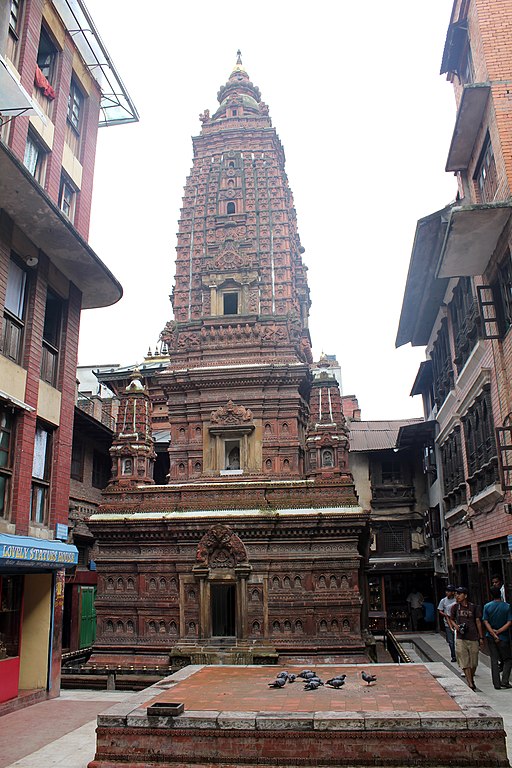 The Mahabouddha temple inspired the temple’s architecture in Bodhgaya. By seeing this structure by your eyes, you will genuinely feel overwhelmed by its beauty.

If you are love shopping and want to commemorate your trip to Lalitpur by buying some local Nepalese items, then visiting the Mangal Bazaar would be a great idea for you. There are so many shops in this market that sell local items from Lalitpur that maintaining your Nepal trip budget would be a Herculean task. This colorful market has every sort of shop. There is so much to do in Mangal Bazaar in Lalitpur, from household goods to handicraft items, from eateries to cafes. 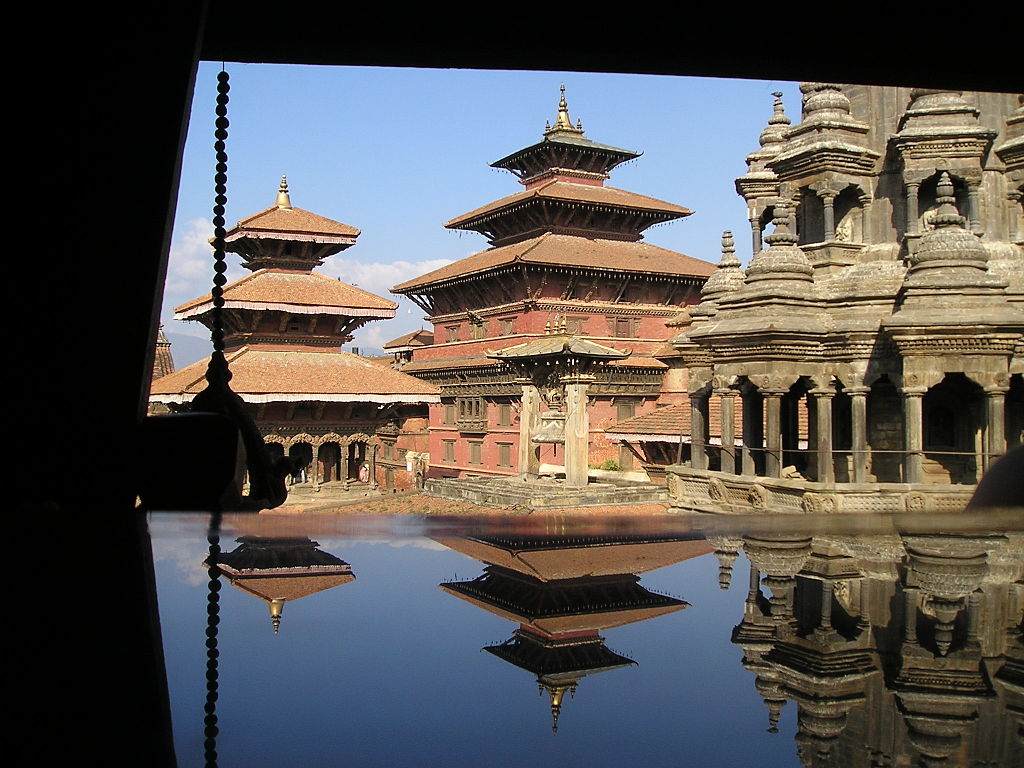 By visiting this market, you will also get an idea about the locals’ lives in Patan. The vibrancy of the area will take you to another decade. Even the tiny vendor stores of this market are full of wondrous things that you will never find anywhere else in the world.

Patan or Lalitpur is one of the culturally and historically enriched sites in Nepal. Being the third-largest city of Nepal, it has a high population density, but that does not stop tourists from visiting there over and over again. The mysterious lanes, the spectacular temples and monasteries, the architectural grandeur of Lalitpur (Patan) make it one of the most popular destinations in Nepal. In this blog, we have tried to include the best places to see in Lalitpur. Some of the other major sites in the region are Rani ki Vav, Machchendra Nath temple, The Ashokan Stupas, Kumbeshwar Temple, and others. As most of these sites are located in the Durbar Square of Lalitpur, finding them would be a piece of cake for you. 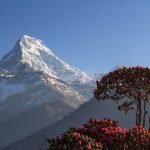 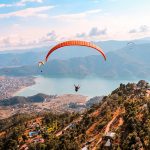 12 Alluring Places in Pokhara For Every Tourist (2022) Next 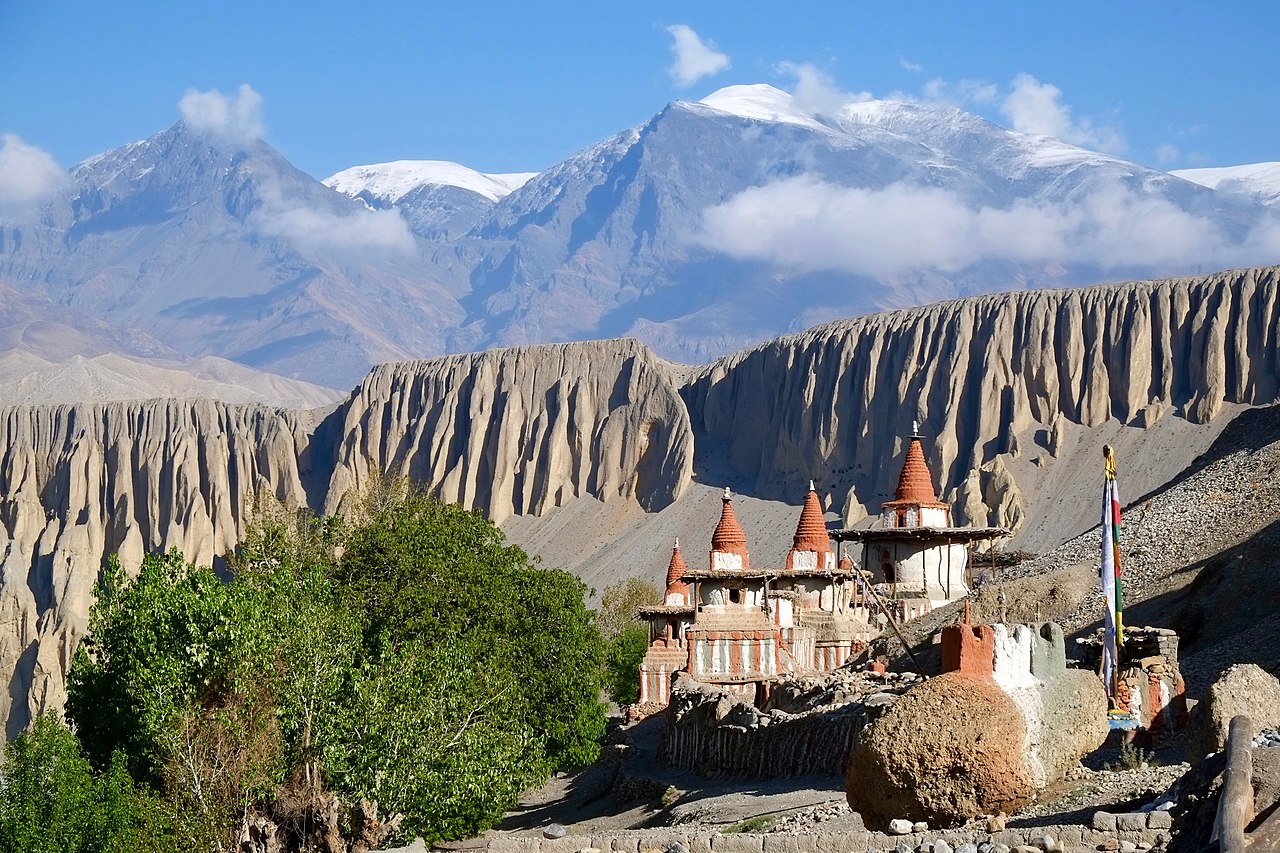 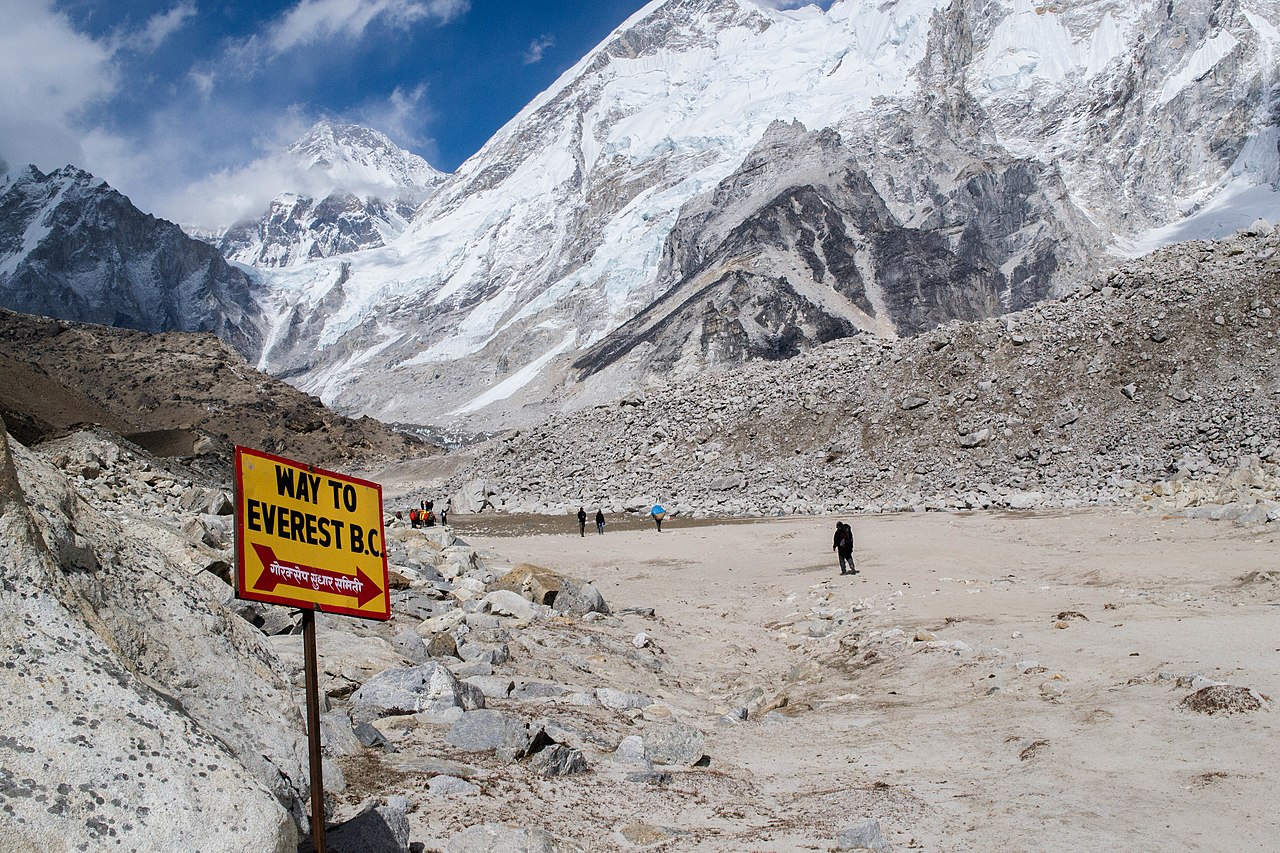 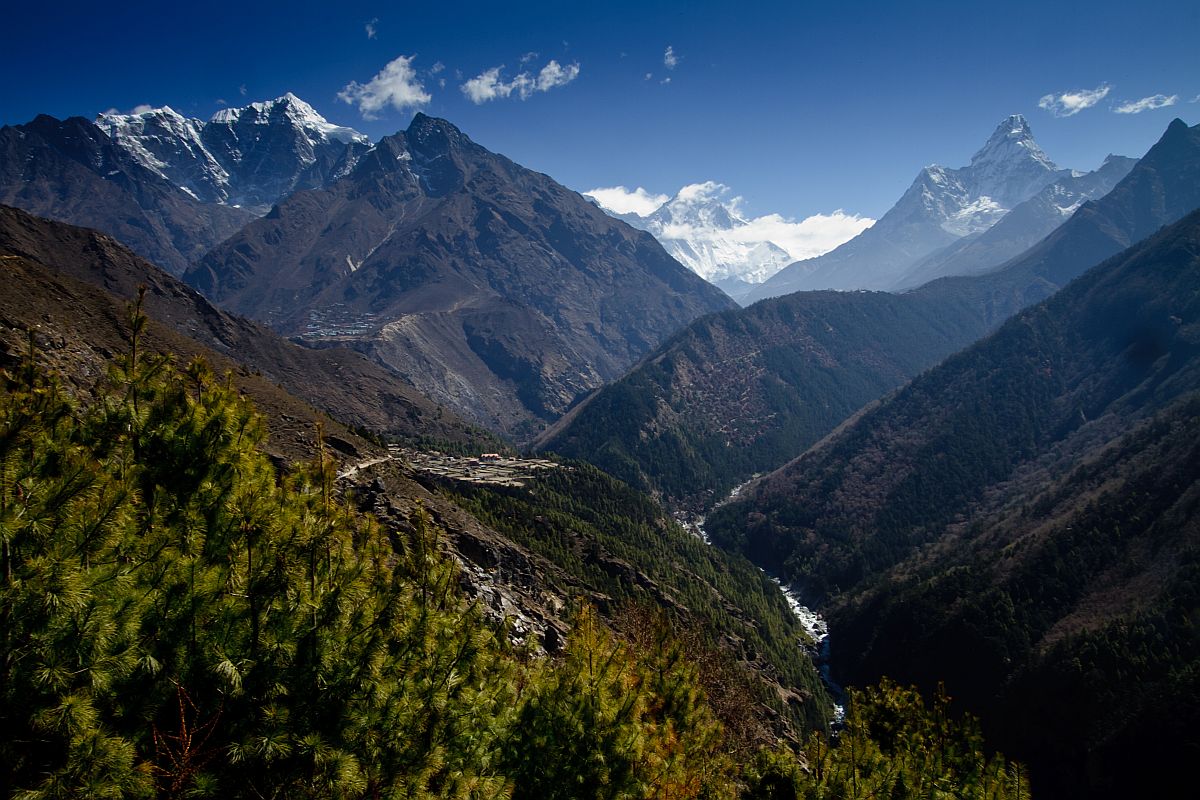