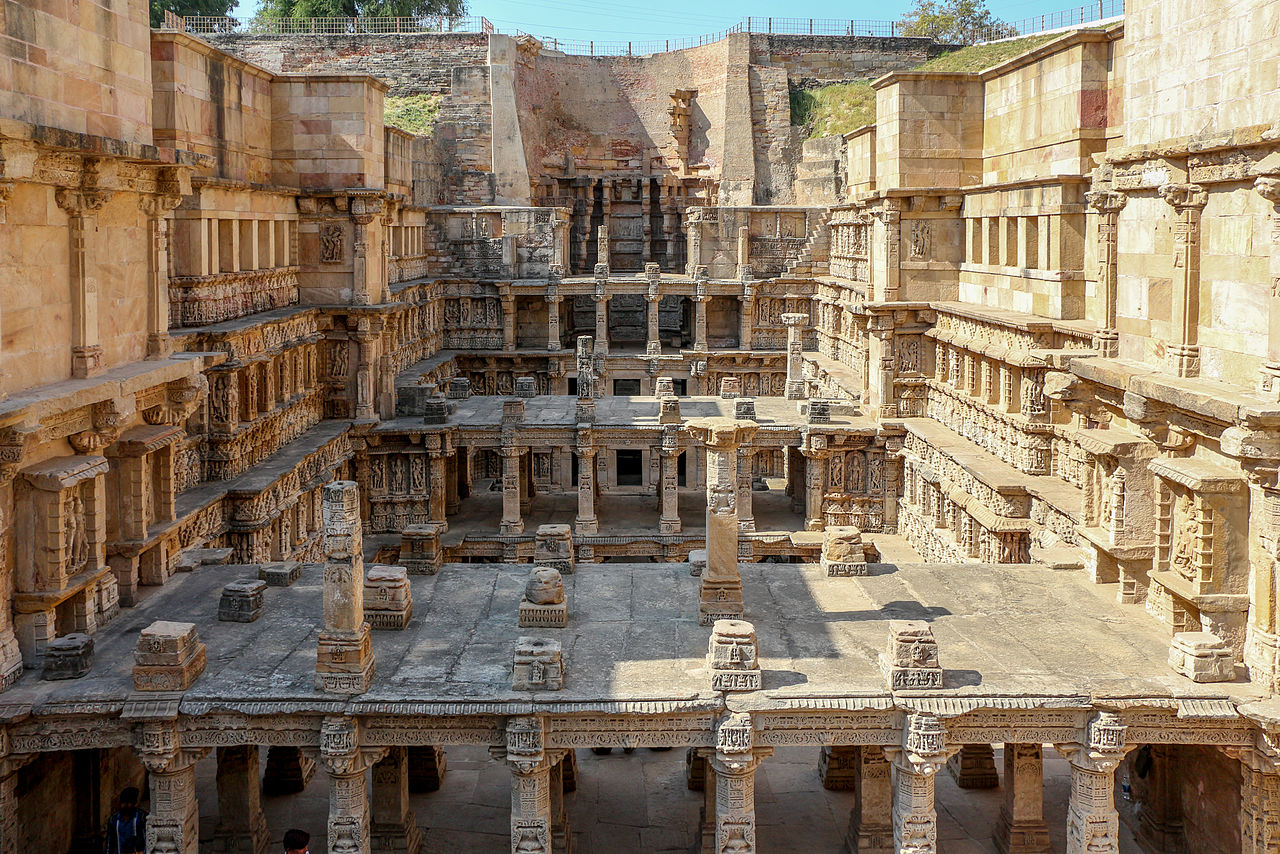 Patan is in Gujarat, and it holds historical, political, and religious importance in the history of Gujarat and India. It was once the capital of Gujarat. Patan is home to several temples, mosques, and other places of tourist and religious interest. It is also home to several historical locations and structures. You can spend an entire weekend, or even more in Patan if you wish to explore. Here is a list of the top places that you must visit in Patan.

Rani ki Vav is one of the most important and beautiful tourist locations in Patan. It is one of the Unesco Heritage Sites. It was built by a queen for her king, making it a unique structure in India. The Queen Udaymati built it in memory of her husband, Bhima I. Though the structural beauty is lost to the vagaries of time, one particular structure that remains shows the elegance and the beauty of the carvings and the sculptures on the entire structure. The sculptures depict characters and incidents from Indian mythology. You also see Jain idols, Hindu Gods and Goddesses. You see the various avatars of Vishnu, like Lord Krishna and Lord Rama. Rani ki Vav is a 12-minute drive from the Patan railway station.

The Sahastralinga Talav is one of the oldest artificial water storage in Gujarat. Even today, architects and tourists marvel at the kind of design that the Talav uses. The Talav (pond) gets the water from the Narmada river. 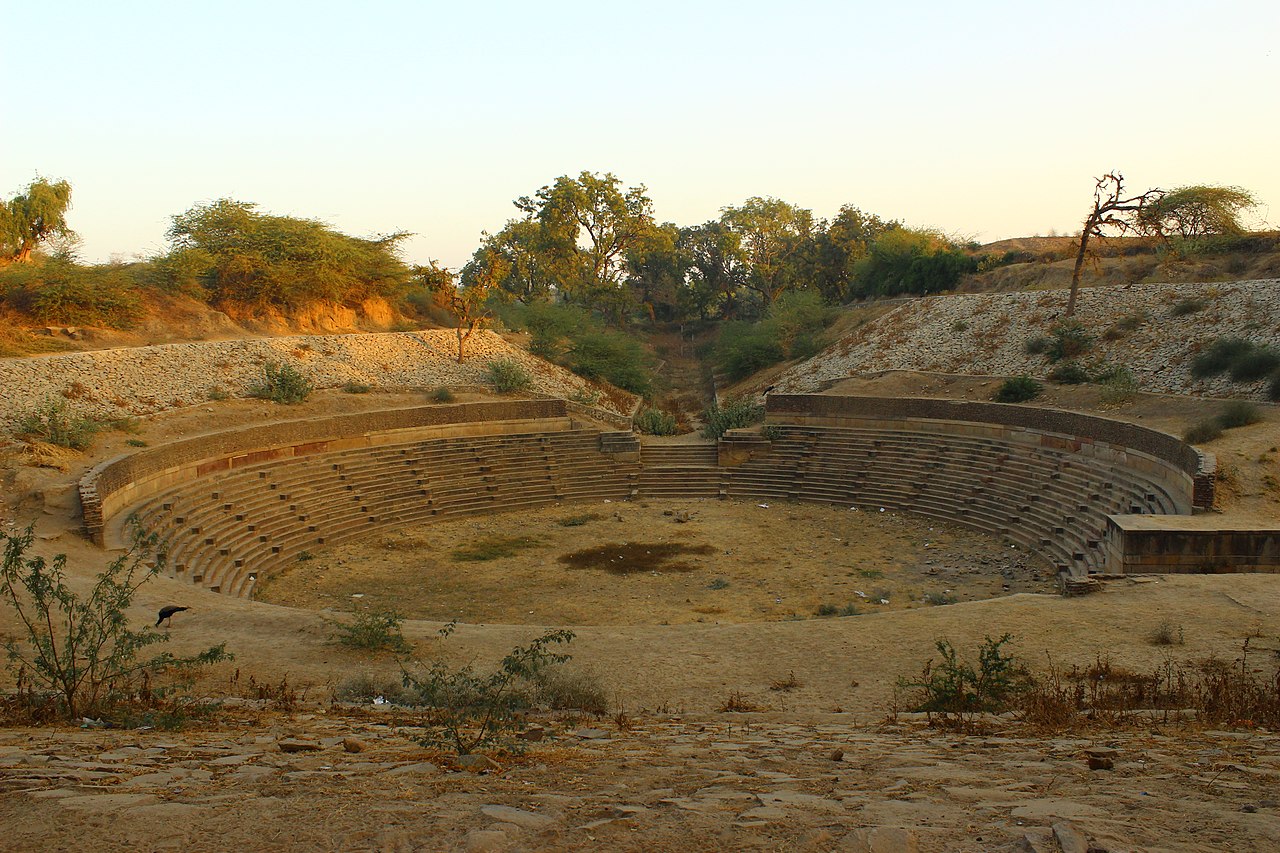 Image Source
The Sahastralinga Talav is one of the few historical sites in Patan that have folklore connected. According to the lore, the tank didn’t have water for a long time because a woman from the tank building community cursed the king. Sahashtraling talav is about 15 minutes away from the Patan Railway station.

The Patan Patola Heritage Museum is a unique tourist location in Patan. The museum documents the history of Patan Patola, a textile cloth that’s created by weaving and dyeing. The textile is centuries old, with experts conceding that it is more than 500 years old. You get a chance to see the life of a silk weaver. Patan Patola is a nine-minute drive from the railway station.

The Modhera Sun Temple is the farthest on this list, about 35 kilometers from the Patan railway station. The Modhera temple is in dedication to the Sun God. It is a protected structure under the Archaeological Survey of India and is not a place of active worship anymore. The very fact that this is a Sun Temple, a rarity, makes it a must-visit place in Patan. 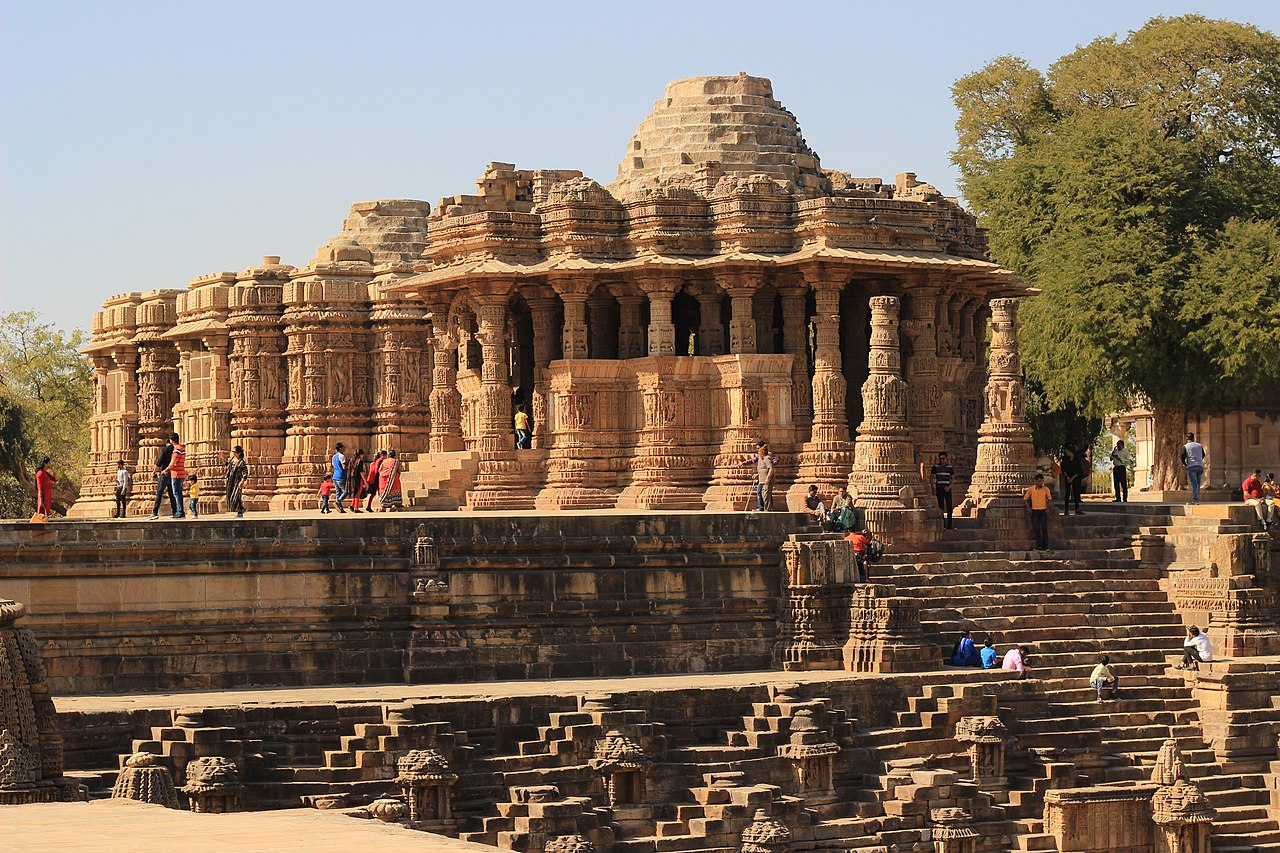 Image Source
If you love ancient architecture and sculptures, you are in luck, as all the halls and pillars have intricate carvings. The Modhera Sun temple has a unique structure, a shrine hall, the assembly, and the reservoir at the end of it. The temple architecture is one of the last remaining examples of Chalukya style architecture. It is the farthest tourist location from Patan, and you will need to drive for an hour to reach here, as it is near Mehsana, which is around an hour’s drive from Patan. While visiting any temple in India and abroad, make sure that you dress conservatively, both men and women. Some temples might have some specific rules as well when it comes to dressing, so make sure that you follow them.

The Parshwanath Mandir Jain temple is one of the most beautiful religious structures in Patan. The temple is also one of the biggest among the 100 Jain temples in Patan. It has carvings all over the walls and pillars. The main idol here is a 120 cm Bhagwan Parshwanath in the Padmasana. It is about 10 minutes away from the Patan railway station.

Khan Sarovar is a human-made lake in Patan which is more than 500 years old. The lake gives a great view of the area, and there are some structures here where you can get shelter. You can spend around ten to fifteen minutes here, as there’s no commercial activity like boating, etc. Khan Sarovar is ten minutes away from Patan railway station via car. The pillars at the Khan Sarovar banks hae captured the interest of international archaeologists as well.

The Patan Museum is a collective of the rich history and traditions of Patan. You will see examples of handicrafts, sculptures, and materials like marble that originate from Patan and go back centuries. The Museum is a must visit place in Patan, to get an idea of the important role the city plays in the cultural history of India. Museums with such concepts are rare to come by, so this becomes a must visit tourist destination in Patan. 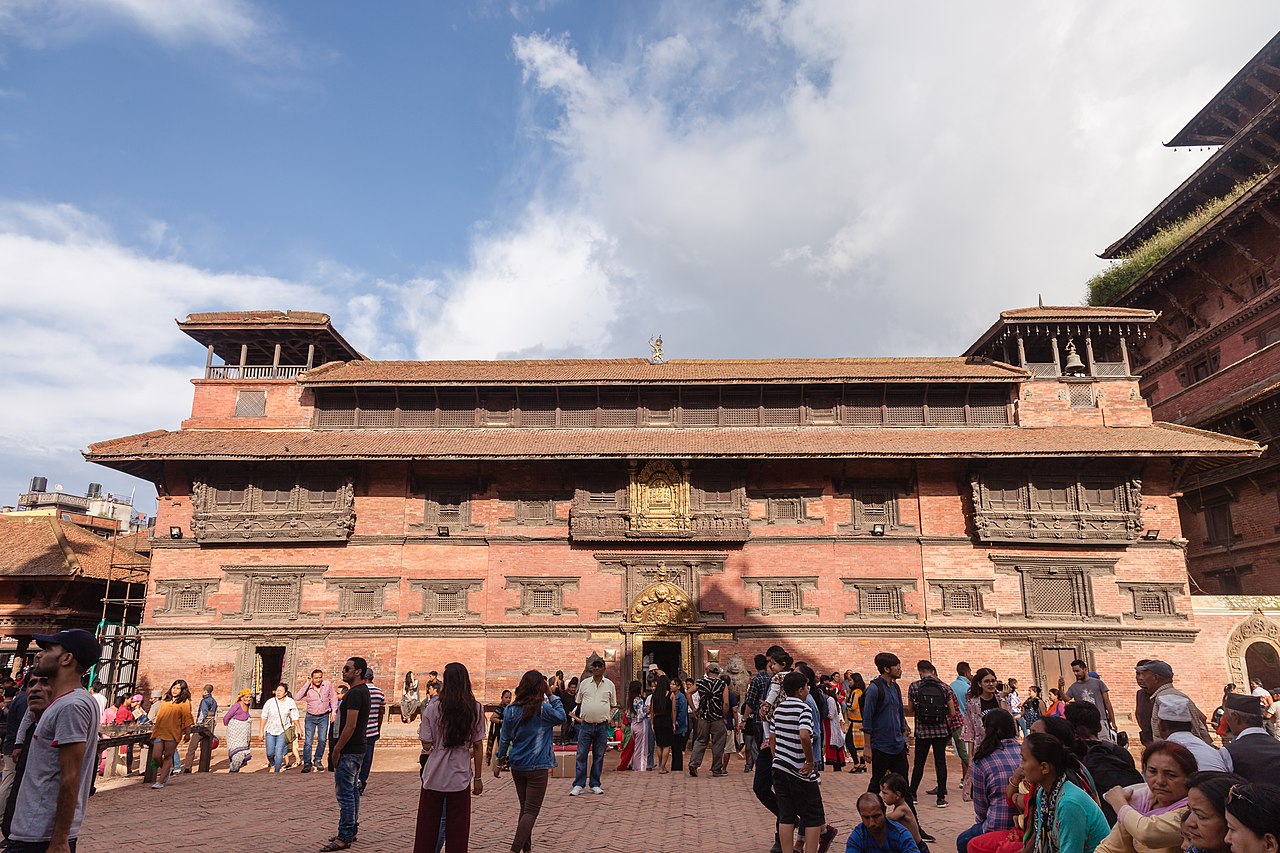 The Bindu Sarovar is a water body – Sarovar means reservoir – that has traditional and cultural importance. The Sarovar is on the banks of the Saraswati River. It is one of the five tirthas in Hinduism, the others being in Manas Sarovar, Pushkar Sarovar, Narayana Sarovar, and Pampa Sarovar. The Bindu Sarovar has seen several mythological incidents, like the Sage Kardhama had the darshan of Lord Vishnu after a penance of 10000 divine years. Also, according to legend, Lord Parshuram performed the ‘Matru Shradh’ here. There are some other places of religious interest on the banks of the Bindu Sarovar, the Sri Kapila Mahamuni temple, the Gaya Gadhadhara, and the Devahuti. The Sarovar is also a bit far from the Patan railway station, and you will need to drive for at least 30 minutes. 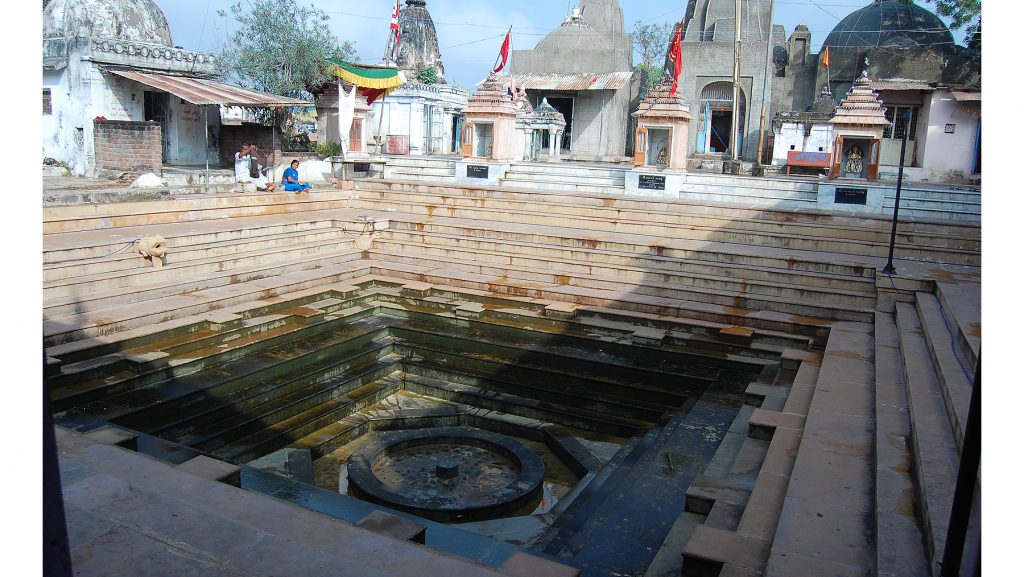 Visiting all of these places will take you at least two days. If you are looking for accommodation in Patan, several hotels offer accommodation at cheap rates.

These are some of the places in Patan that you can visit. There are a few other places, and if you wish to explore Patan, you could sign up for the day and multiple day tours available. These tours offer you a flat rate for accommodation, travel to and fro, and even food in some cases.

How To Reach Patan?

Patan connects well with the other places in Gujarat and Mumbai. It is a hundred kilometers away from Ahmedabad and 50 kilometers away from Mehsana. Patan has a railway station, and you can board a train to Ahmedabad and then travel to Patan by train if you are traveling out of state. Patan doesn’t have an airport, so if you plan to travel by air, you will need to first fly to Sardar Vallabhai Patel International Airport, which is about 110 KM away from Patan. Patan also connects well via road, and you can hire a private vehicle or travel via private buses. State Transport buses also ply on this route. 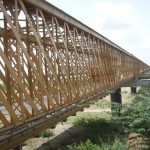 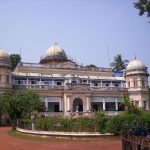 7 Amazing Sites in Jhargram That You Will Love (2022) Next