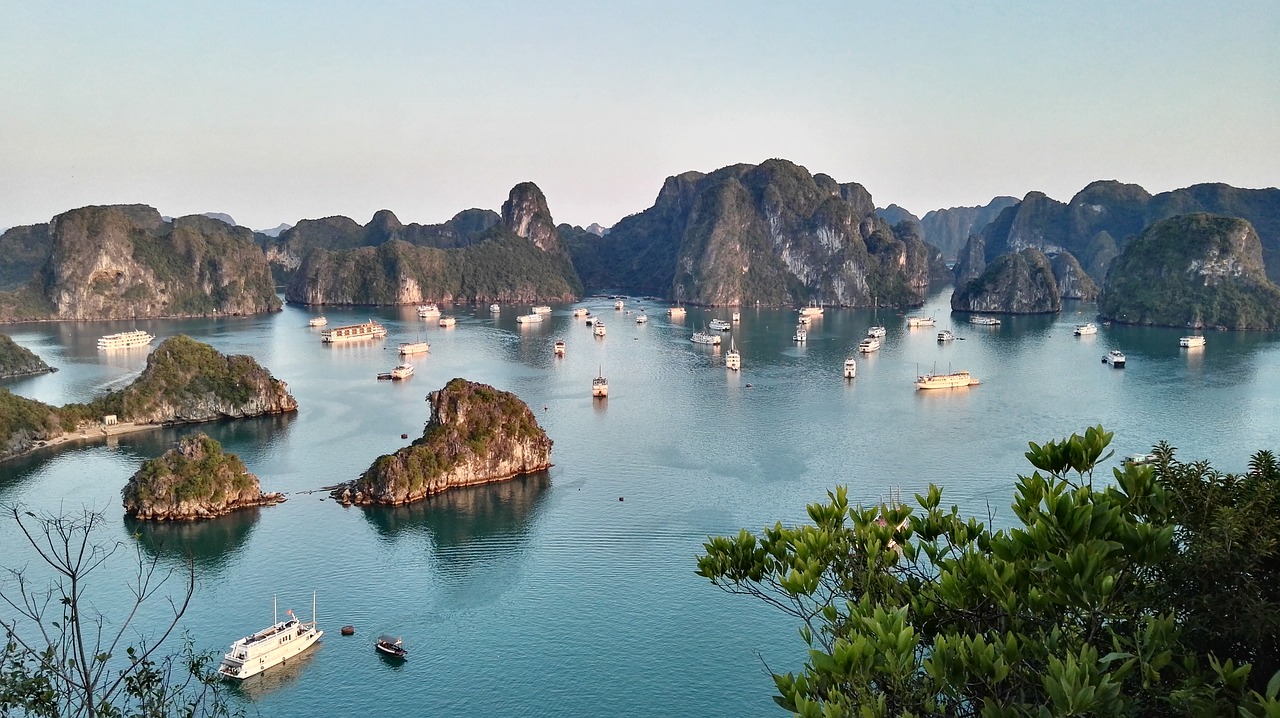 Top 7 Places in Vietnam That Every Tourist Must Visit (2023)

The mix of nature and culture is found in Vietnam. This astonishing diversity of culture mesmerizes you. The view starts from jagged peaks, which can be seen from winding mountains to rice paddy fields in a lush green palette. Vietnam has a long history; there are plenty of ethnic minorities, which makes us admire the rich culture it has. We will list out the top places to visit in Vietnam which will help the tourists who are planning to see something that has a classic touch and, at the same time, a modern feel to it.

You can see bikers, outdoor trip lovers, and hikers spending their time in the countryside among various national parks. We recommend you to go on a cruise to see the karst seascape of Halong Bay, nature’s wonder even the laziest person on the trip would not miss. Let us see the list of the best places to see in Vietnam.

Top 7 Places in Vietnam That Every Tourist Must Visit

This place in Vietnam is declared as a UNESCO world heritage site. Karst seascape of Halong Bay is considered amongst the world’s most mesmerizing sea views. In the Gulf of Tonkin, you will see thousands of limestone islands lined up waiting for you. Wind and water action is a common state of affair in Halong bay. You will get the best view only by hiring a boat; hence it has become a prime place for cruising. A day trip will not be sufficient and justifiable to see this place, stay overnight to immerse yourself in the experience completely. There are mysterious caves in Halong bay, including the one called hang sung sot. Hang Dao is another one of them. Such mammoth caves showcase the ancient tribal habitat.

Highlight: Just cruise and cruise in the deep waters, see the view changing every few minutes. Soaking up in the beauty of Halong bay is a once in a lifetime experience.

This is popular amongst big city lovers and people who love to explore the city’s market to know the culture of the city. For them, the Vietnam trip is not complete until they have a brisk walk in Ho Chi Minh City. It is also known as the commercial hub of Vietnam. The street is always filled with people, cars, and bikes. The liveliness is off the charts. The cafes and restaurants have a cosmopolitan touch to them. The center of the city is Dong Khoi, which has most of the places to see in the city, it is an easily navigable but small district. HCMC Museum is one of the highlights of the city. They placed some artifacts which tell us the story about the city. In the 19th century, the Grand Notre Dame Cathedral was built. 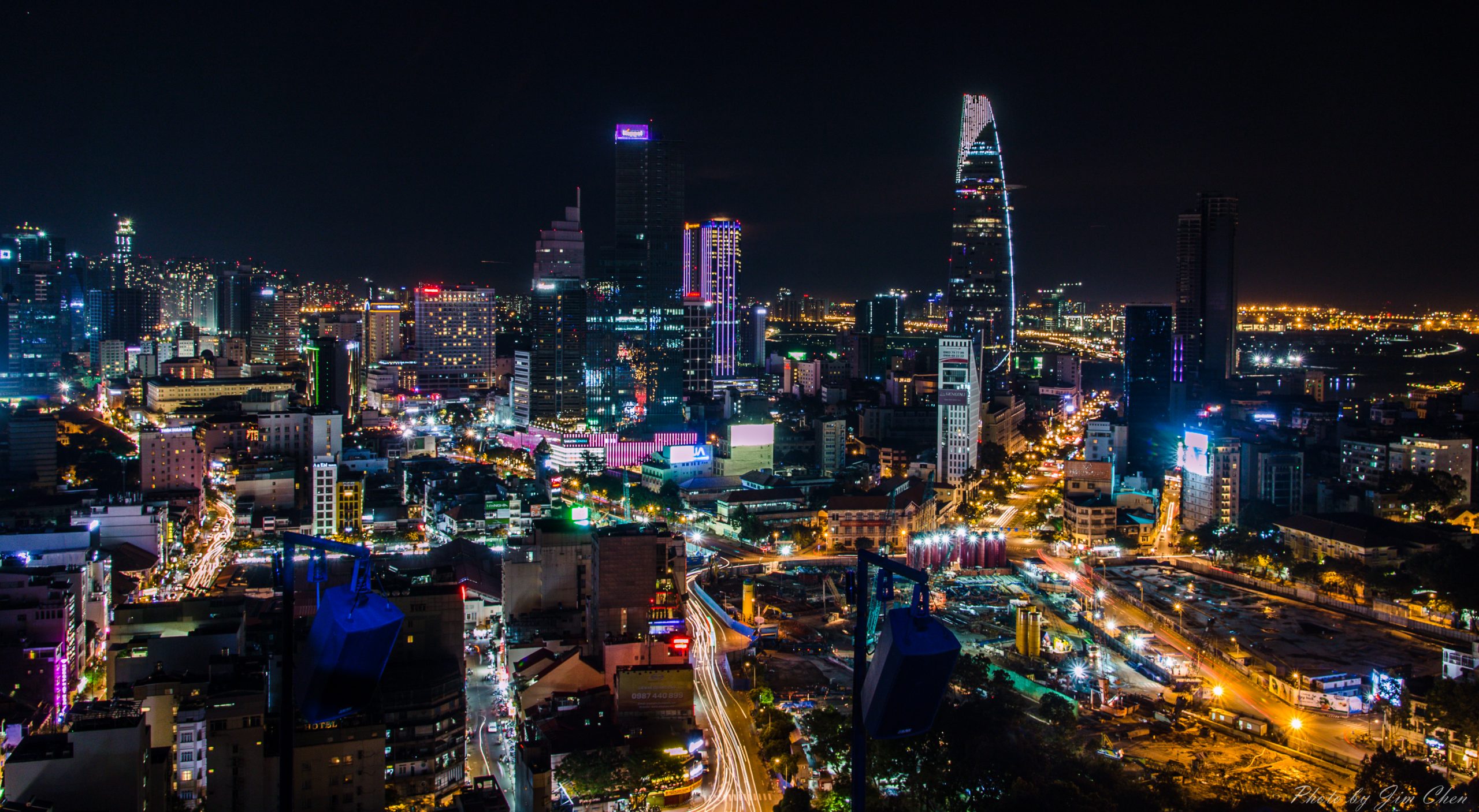 Highlight: Da Kao is a place that has French architecture; you must visit Jade Emperor Pagoda, which has a collection of Buddhist and Taoist iconography.

This is one of the top places to visit in Vietnam, because of the rich historical background this place has. This town is packed with the relics of emperor Nguyen’s reign. It has also got a perfume river; by sitting on the banks of it, you can see the imperial closure within 2.5kms. You must check out the Ngo Mon gate and Thai Hoa Palace for its exquisite interior designing. There used to be a queen mother who lived in a place called Dien Tho residence; it is one piece of architecture. You must see the halls of mandarin which have the highest ceilings in the city. One of the best things you can do to explore is to take a riverboat on the perfume river and enjoy the outskirts of the city. 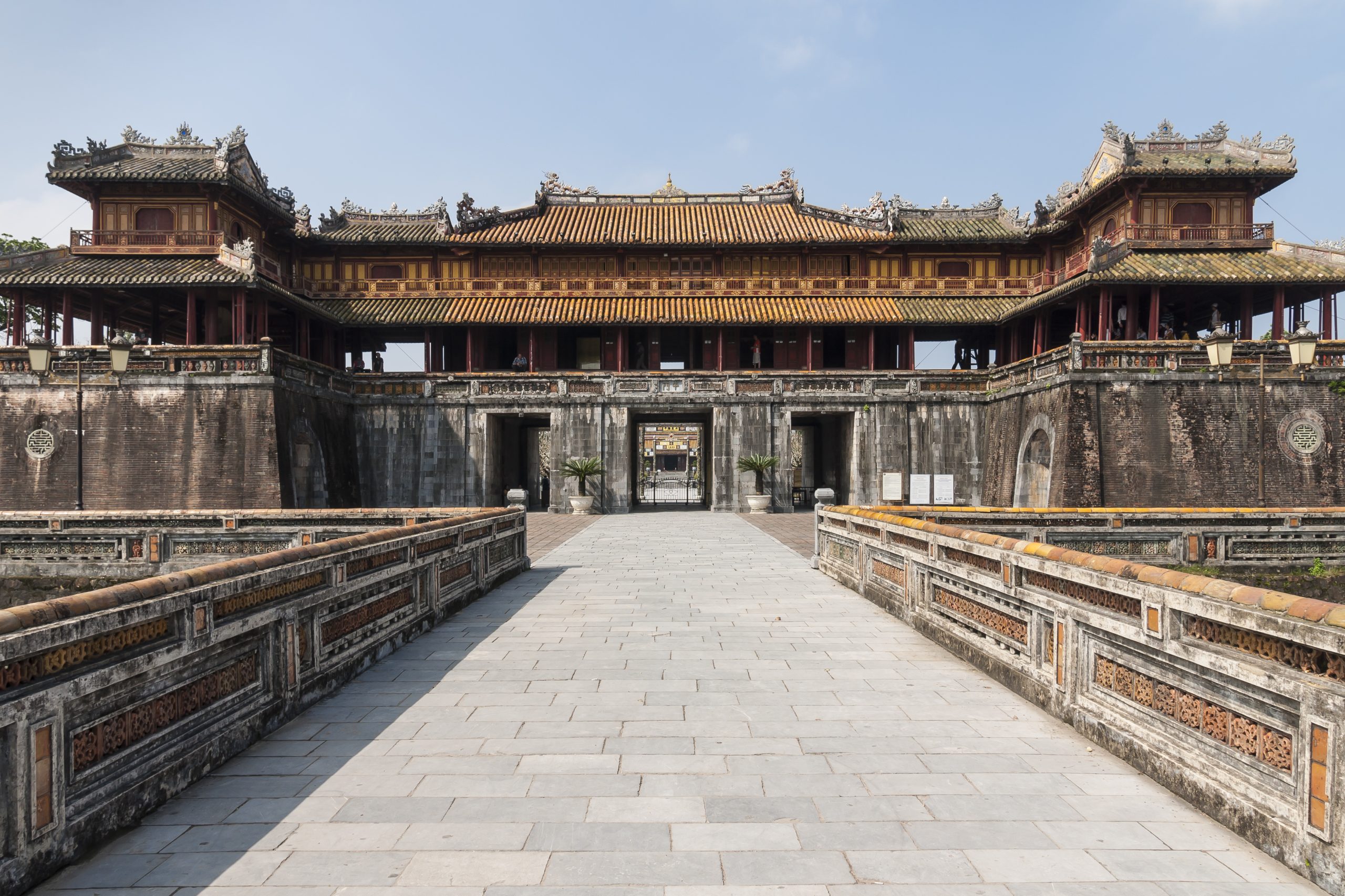 Highlight: Royal tombs and a collection of pagodas will make your mind peaceful. If you are running short of time, then we recommend visiting one tomb called Tomb of Tu doc, and in case of a pagoda, Thien Mu Pagoda is best.

Phong Nha-Ke Bang national park is one of the top places to visit in Vietnam as far as caves are concerned. It is too included in the UNESCO World Heritage site. Phong Nha-Ke Bang National Park has a line-up of Karst Mountains with the company of huge caverns. You will find superb stalagmite and stalactite displays. Most of the people who visit this national park must visit a place called Paradise cave, which spreads over 31 km. The spectacular caverns are to die for. One of them is Tu Lan cave, which is also known as a wet cave. You can swim across the cave systems river with your friends and family. 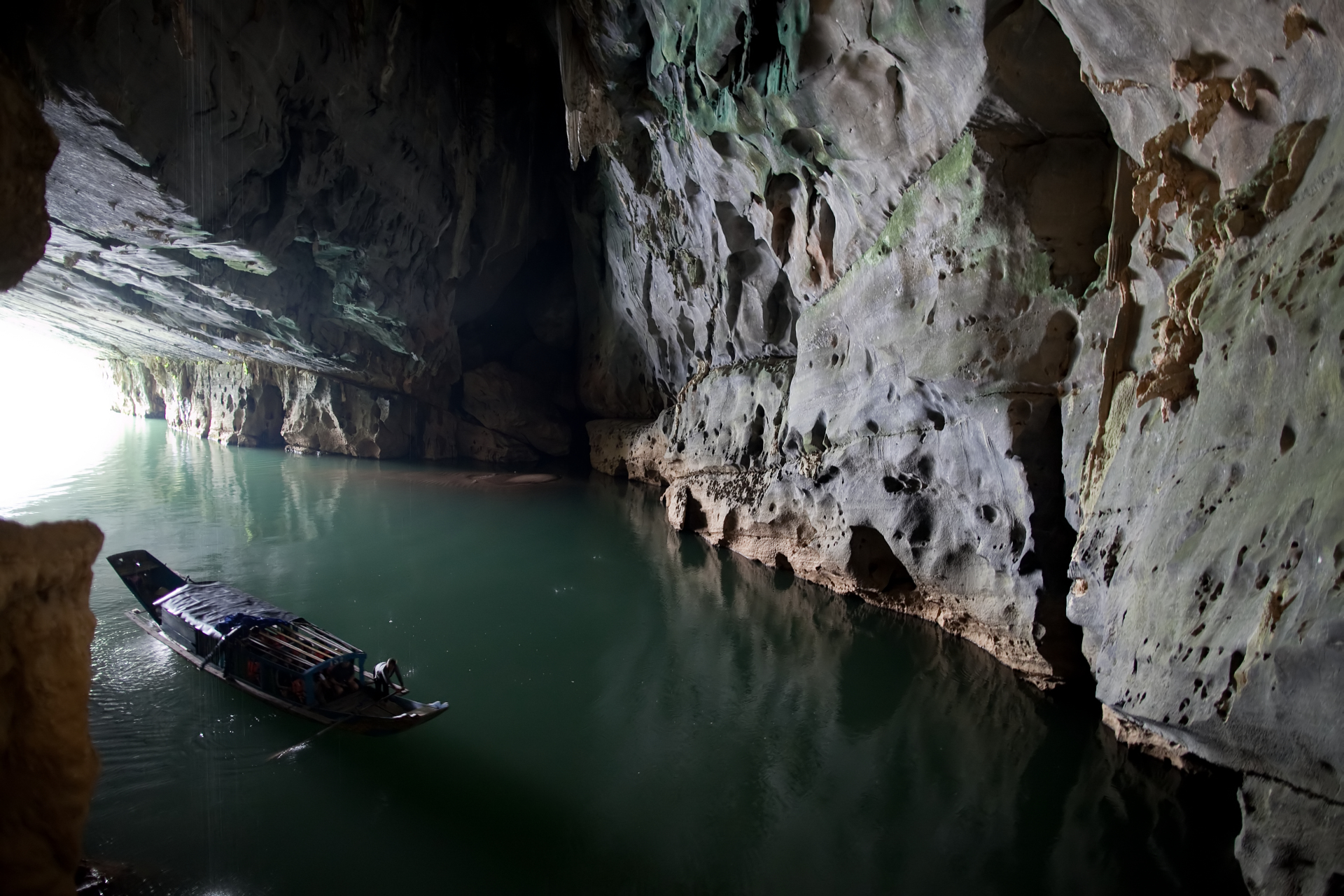 Highlight: The cave, namely Phong Nha caves, is one of the most visited ones which can be seen by hiring a riverboat. Son trach is the place from where you can start exploring Phong Nha-Ke bang national park.

Huge mountains ambush this place. This is the structure that dates back to the 4th century. It is the remains of the Cham era temple city, which kept deteriorating over some time. This is one of the Hindu religion temples, which were pretty much intact in the 7th and 10th centuries, but in the 13th century, it had seen a complete decline. 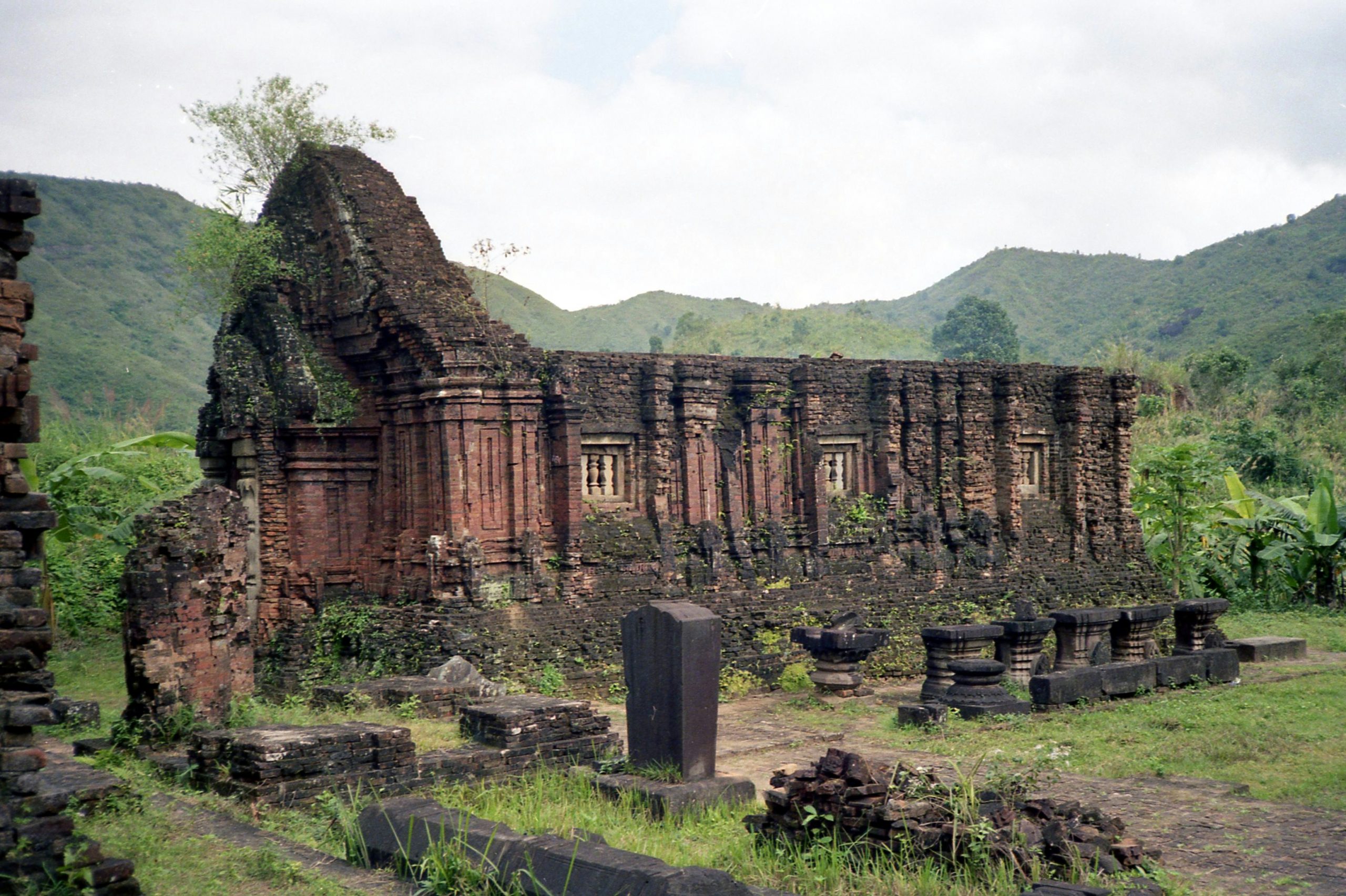 Currently, there are still ten temples that are still standing strong; they are all built with sandstone blocks and bricks. You can see the influence of Indian, Asian, and Malaysian empires on these temples, it has been through much. Temples are divided into groups A and B, containing ancient ones, and B has current ones but destroyed by US military troops in the war.

Highlight: You can start exploring My Son from Hoi An. There are plenty of on-site houses which were then converted into Museums.

This city is famous for its atmosphere. The historic architecture can be found every 4 blocks. As the history of this town tells, there are too many merchant houses preserved from the 15th century. Hoi An used to be a trading center back in the days. This town was the meeting place for Chinese and Japanese when they came here for the local silk material. Nowadays, these ancient houses are open to civilians to get the taste of those times. One of the best we can recommend is Tan Ky House of the 17th century. It has delicately designed decorative elements and fascinating architecture. At the western end of this town, there is the symbol of the Japanese bridge at Tran Phu Street. Within walking distance from there is one assembly hall for the Fujian Chinese congregation. 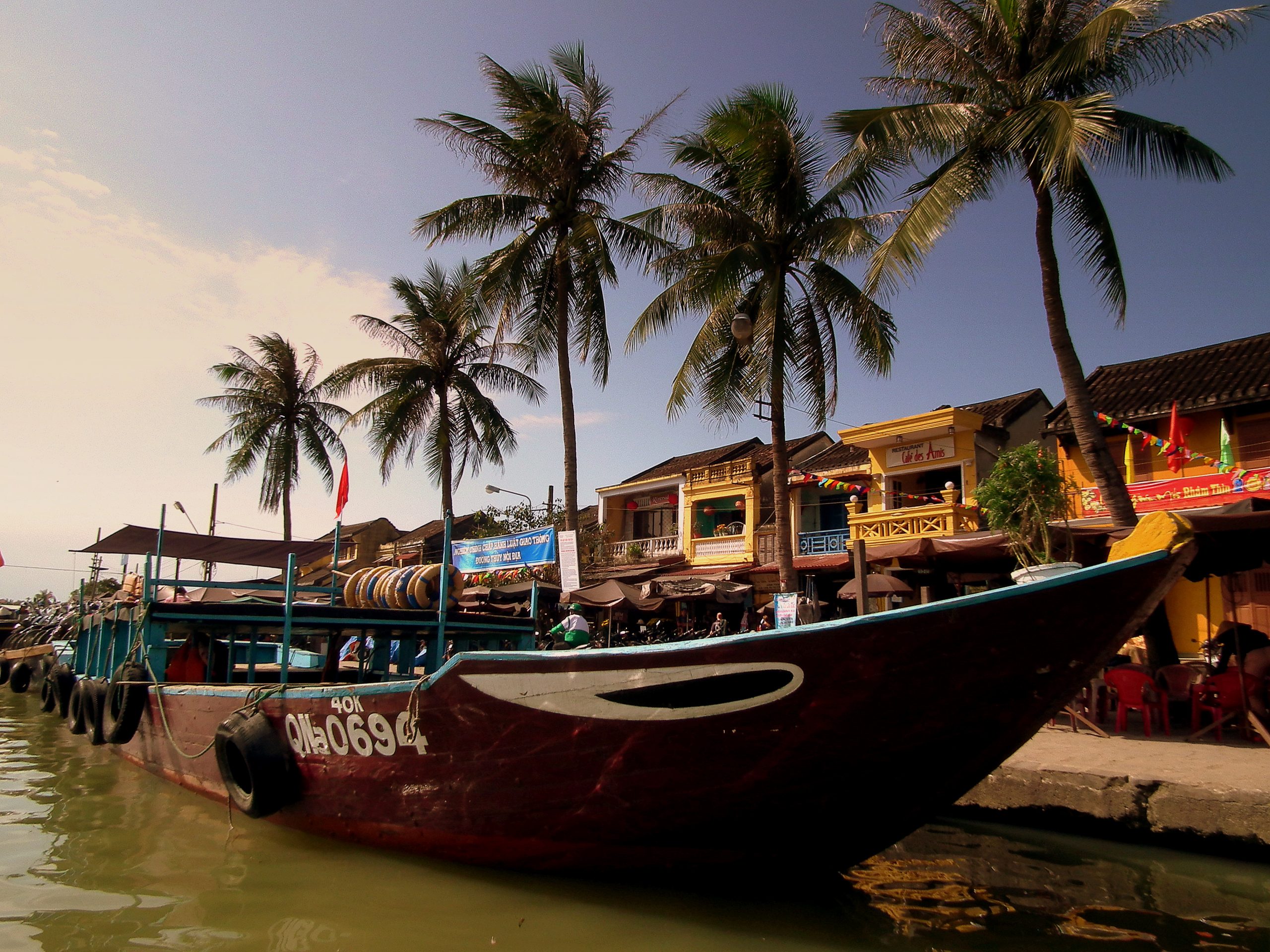 Highlight: You will find many tiny museums and pagodas around the city. You can just ramble the streets of Hoi An, and you will get the taste of it.

It is an old-style town surrounded by rice paddy fields. It is ambushed by the series of mountains called Hoang Lien Mountains; their French name often calls them the Tonkinese Alps in which you will get to see the real rural beauty of the town. It is one of the top places to visit in Vietnam for trekking. These staggering mountain views and small villages will not let you be at your hotel. In the deep valleys of the place, you will find many different ethnicities living together in harmonies such as Red Dzao, Hmong, and Giay. Hills are covered entirely by paddy fields in the vicinity of the tallest mountain of the country called Fansipan Mountain. 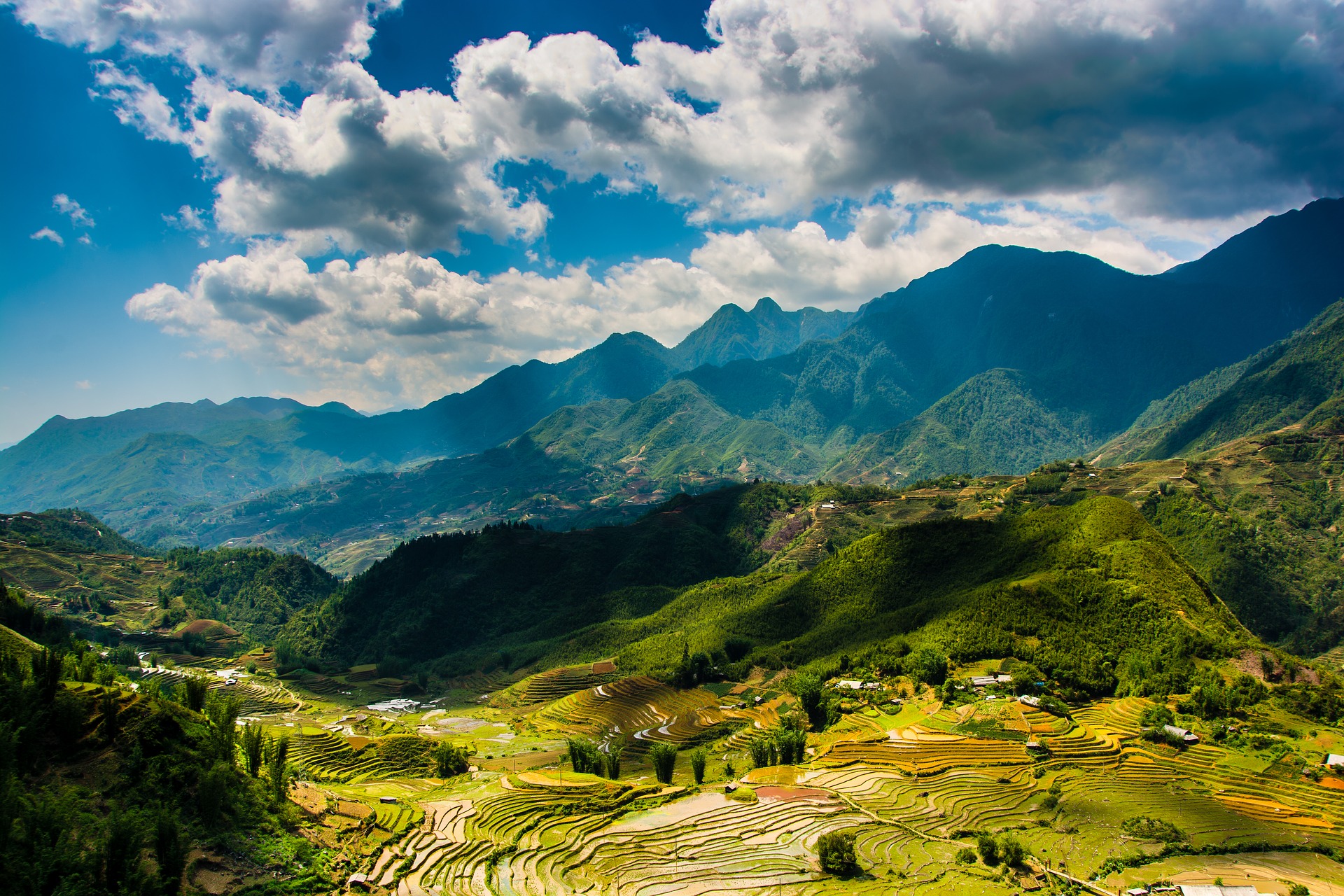 Highlight: The ancient French hill station, which is becoming a growing destination place, is a base of Sapa. It is one tranquil countryside town to visit.

Vietnam is full of surprises. It has this perfect contrast between the beautiful countryside and the rugged ancient habitat of animal life. We can say that this is South East Asia’s most underrated country. Rural areas have a unique taste to their food, which reminds you of the good old days of Vietnam. 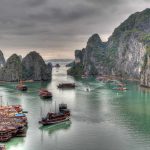 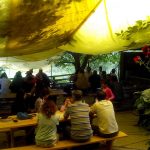 Eating Out in Manali: Top 9 Restaurants to Try When in Manali (2023) Next 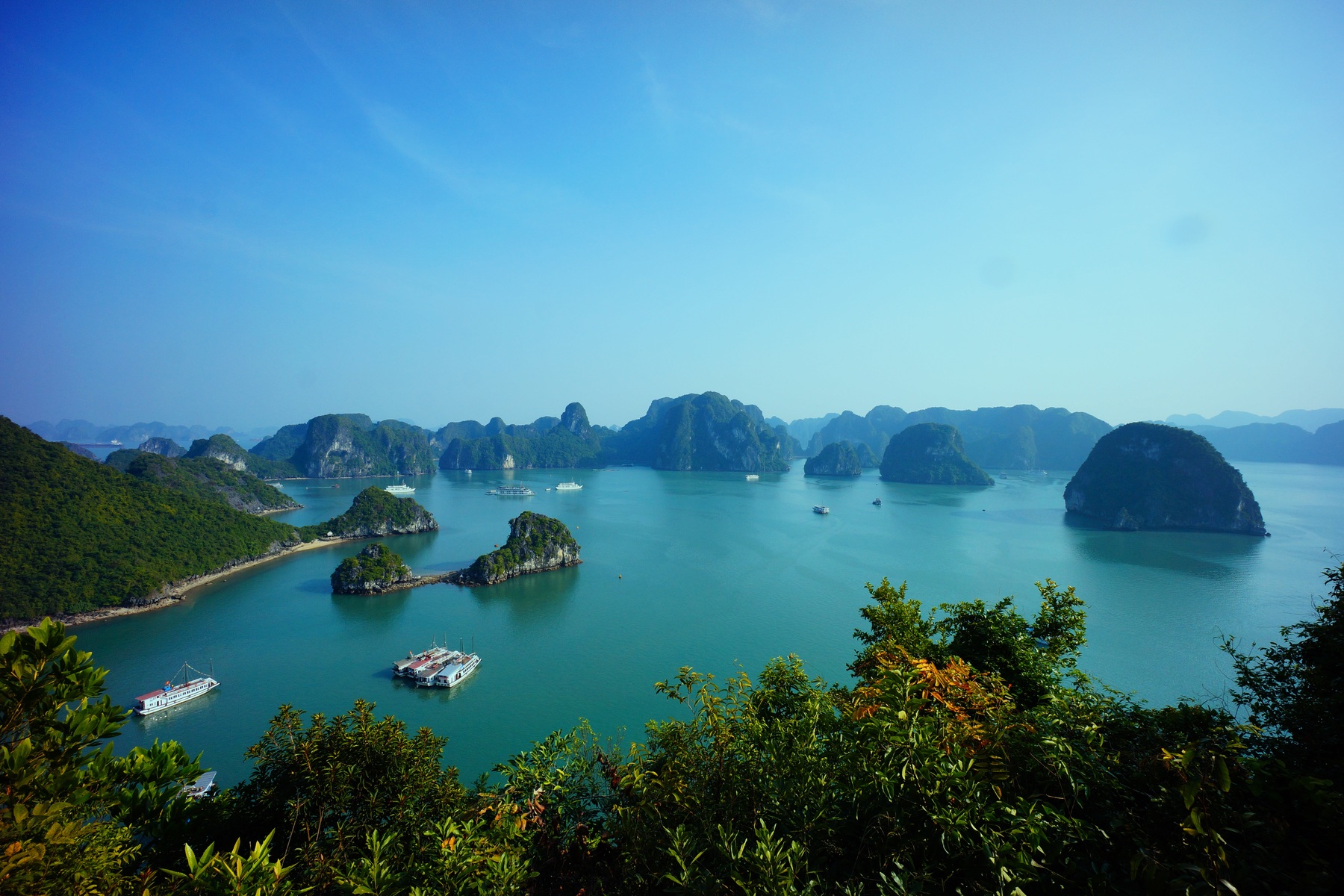 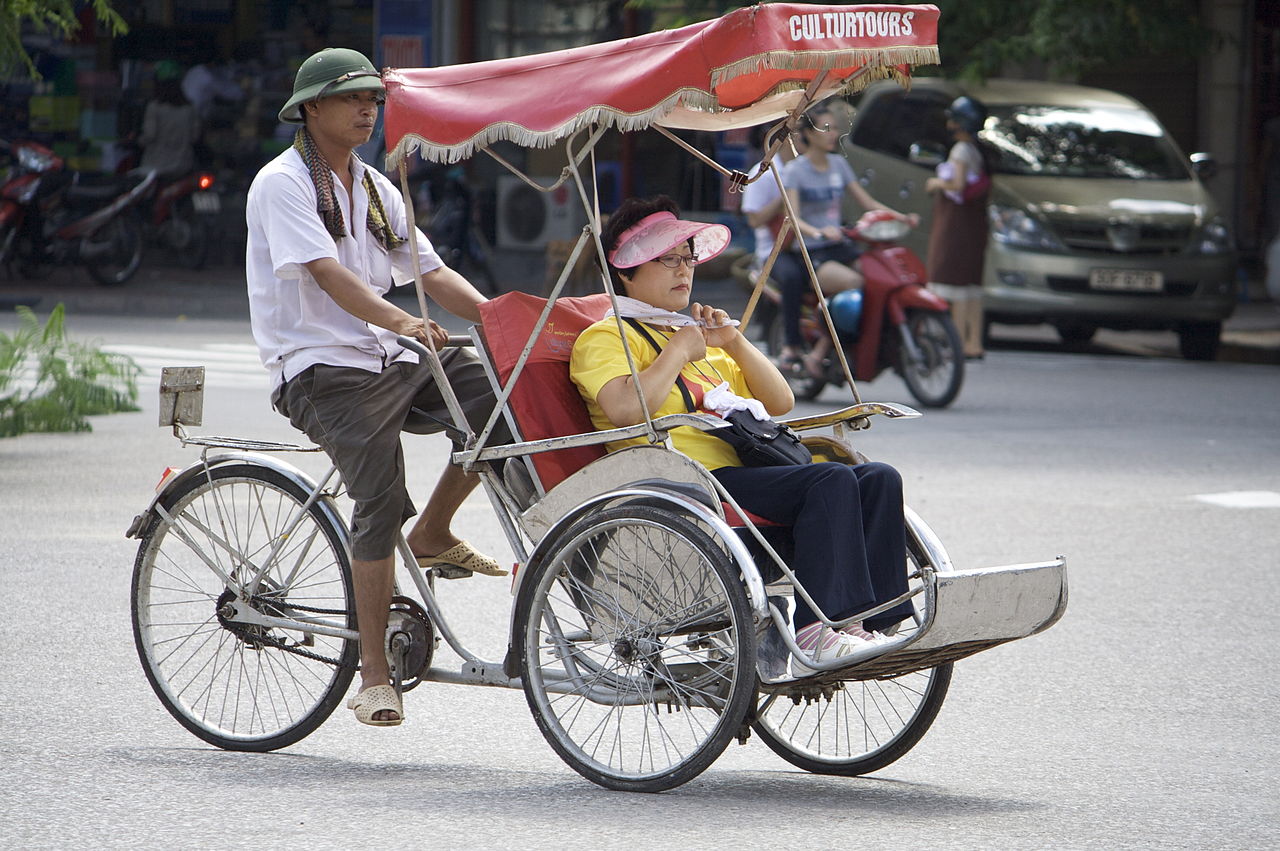 12 Incredible Experiences That One Can Have In Vietnam (2023) 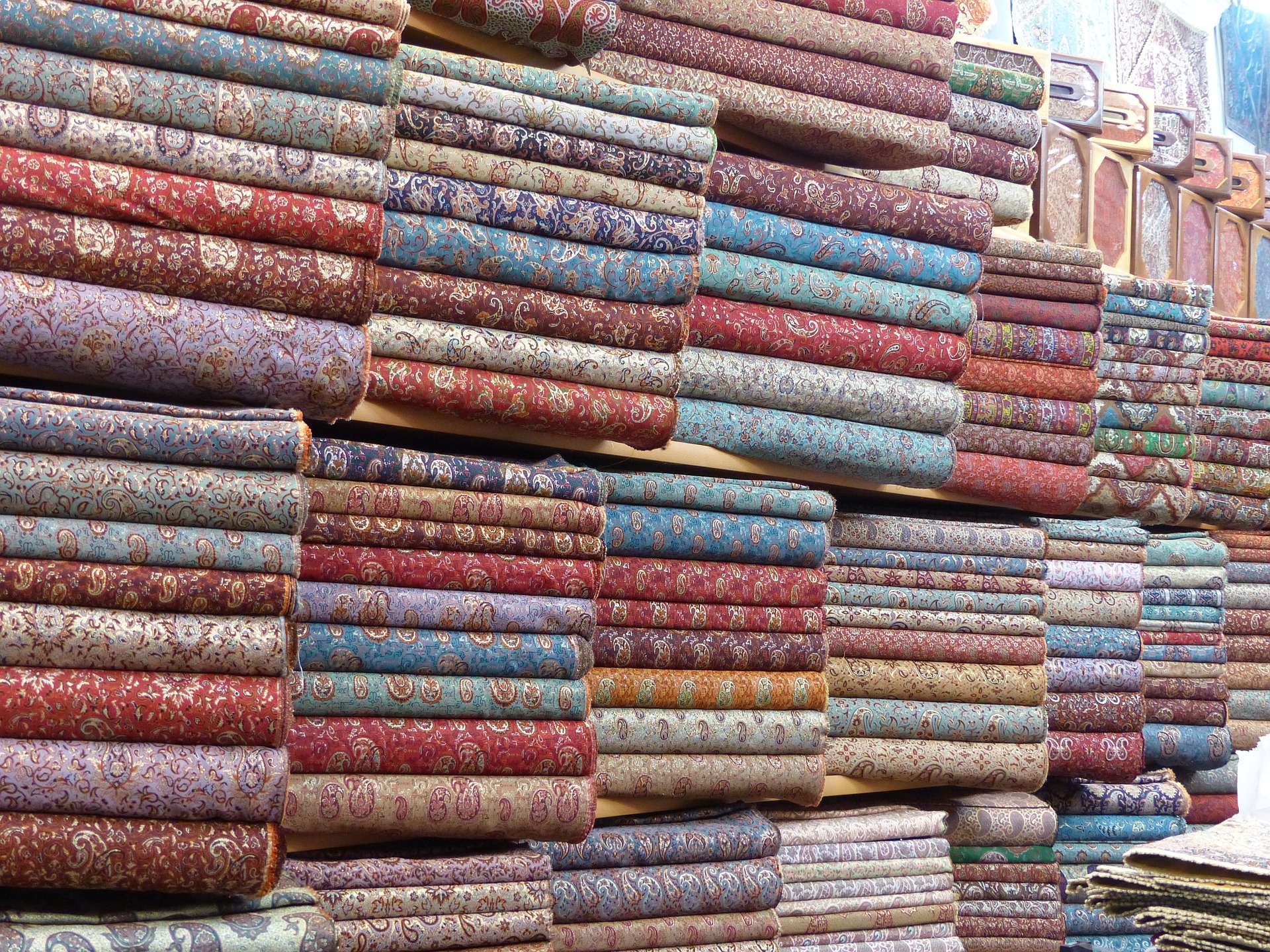 10 Amazing Things That Tourists Can Buy In Vietnam (2023)