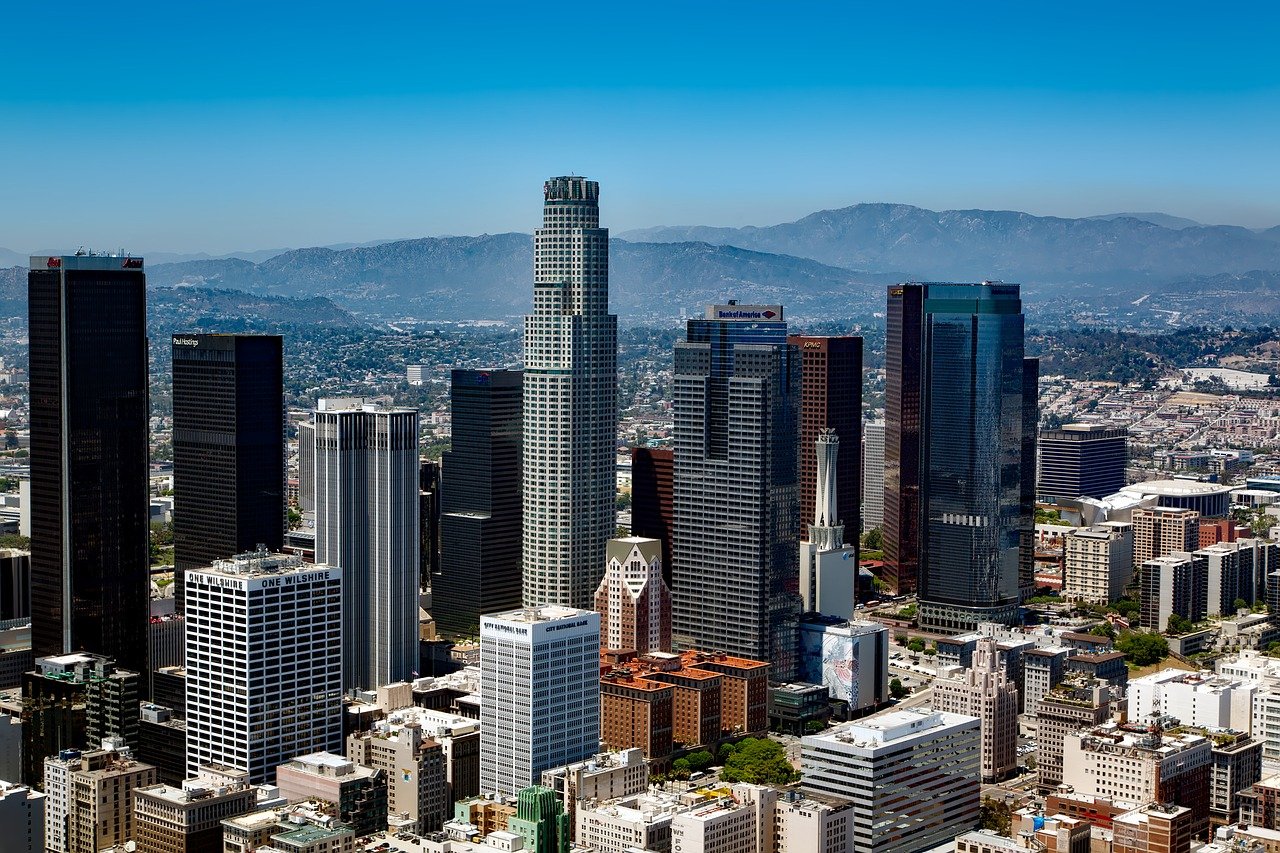 Southern California is a paradise for dramatic Pacific coastline and the bright Sunny weather. World known US cities like Los Angeles and San Francisco are some of the treasure of the Southern part of California. The abundance of family-pack adventures, relaxing and fun beaches, parks, valleys, falls and unending vocational spots makes South California one of the top-rated tourist destination in the world.

Even if it is the world-renowned Disneyland, the well-known Hollywood or most beautiful bridge in the world, (the Golden Gate Bridge) there’s nothing here that won’t charm and amaze any visitor’s heart. However, it is not only where the charm ends, there a lot more to Southern California that one must explore in their trip and gain a unique experience like never before. For experiencing once in a lifetime opportunity, consider our picks for “Best tourist places in Southern California”.:

A city in the United States that draw millions of visitors every year for one or the other existing reason is Los Angeles also known as “L.A”. There’s no two question on the fact that Los Angeles is one of the most popular cities in California and even the United States. L.A. is the city of cultural diversity, film and television industry, renowned nightlife, expansive beaches, great culinary and dinning, mountains, museums and endless explorative that one cannot complete in a single trip. This never sleeping city is home to the mind-blowing attractions including the Universal studios theme park, Griffith park & observatory, Hollywood, Disney resort, the Natural History museum, the Getty centre, science centre, and the divine art museums and beaches. For your trip to Los Angeles, make sure you pack a lot of beach wears and enjoy the glorious water destinations around the city.

REACH HERE BY: Los Angeles International Airport serves the city with both International and domestic flights throughout the day. The airport is situation 29.2 kilometres from the city centre and is well connected via taxis, shuttles, buses, and towncars. Exploring the city is easier and affordable with the Metro Rail.

Santa Barbara is a beautiful coastal city that is often denoted as the American Riviera, all thanks to its the ocean front view, unending landscapes, and fine wine. The art and cultural side of this coastal city lies at Casa Del Herrero and the Museum of Contemporary Art with striking legacy of Spanish architecture and at the Lobero Theatre and the Granada Theatre with various view worthy shows. The city is well known for its fair weather which also makes it a popular year-round tourist destination in Southern California. When here, visitors often visit the 17th century Mission Santa Barbara, Santa Barbara County Courthouse for the fantastic downtown view from the open-air tower and the most beautiful church in California, Our Lady of Sorrows Church. The miles of coastline here call for stand-up paddle boarding at Butterfly Bay, surfing, swimming, dipping, fishing, and kayaking opportunities. The city also has a long spread of astonishing hiking and biking trail and some marvellous rock-climbing zones. 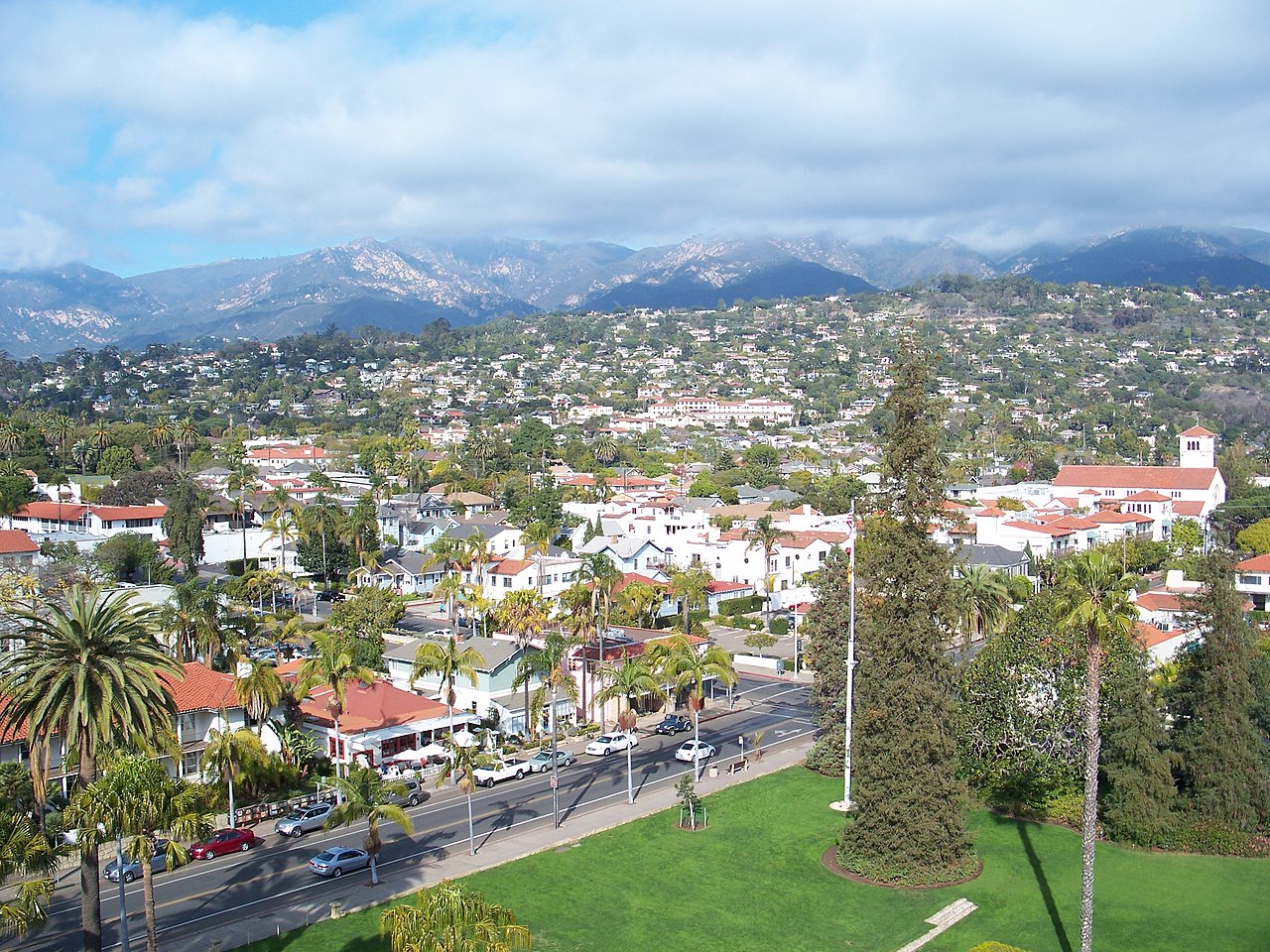 REACH HERE BY: The Santa Barbara Airport (SBA), is just 16.2 km away from the west of downtown and is well connected via shuttles, town cars, taxis, Amtrak train, and buses. There are several shuttles, trolleys and water transportation going around the city connecting most of the locations within.

The “Venice of America”, Venice beach is a popular tourist sight well known for the world-famous ocean front walks, canals, skating plaza, volleyball courts, and body-building Muscle Beach area. Venice beach is also counted as one of the popular cultural centres of Los Angeles where the day hours are dedicated to Beat Generation poets and artists and the night hours dedicated to party and celebration vibes. The 75 miles coastline here makes for a quintessential summer spot where one can brush their skills at the numerous world-famous surf spots and other water adventures. For the most idyllic natural scenes one can also explore the famed beachfront neighbourhood thar houses beautiful canals lined with small building at each side. It is a west facing beach location thus ideal to visit during evening hours to capture the warm sunset views. 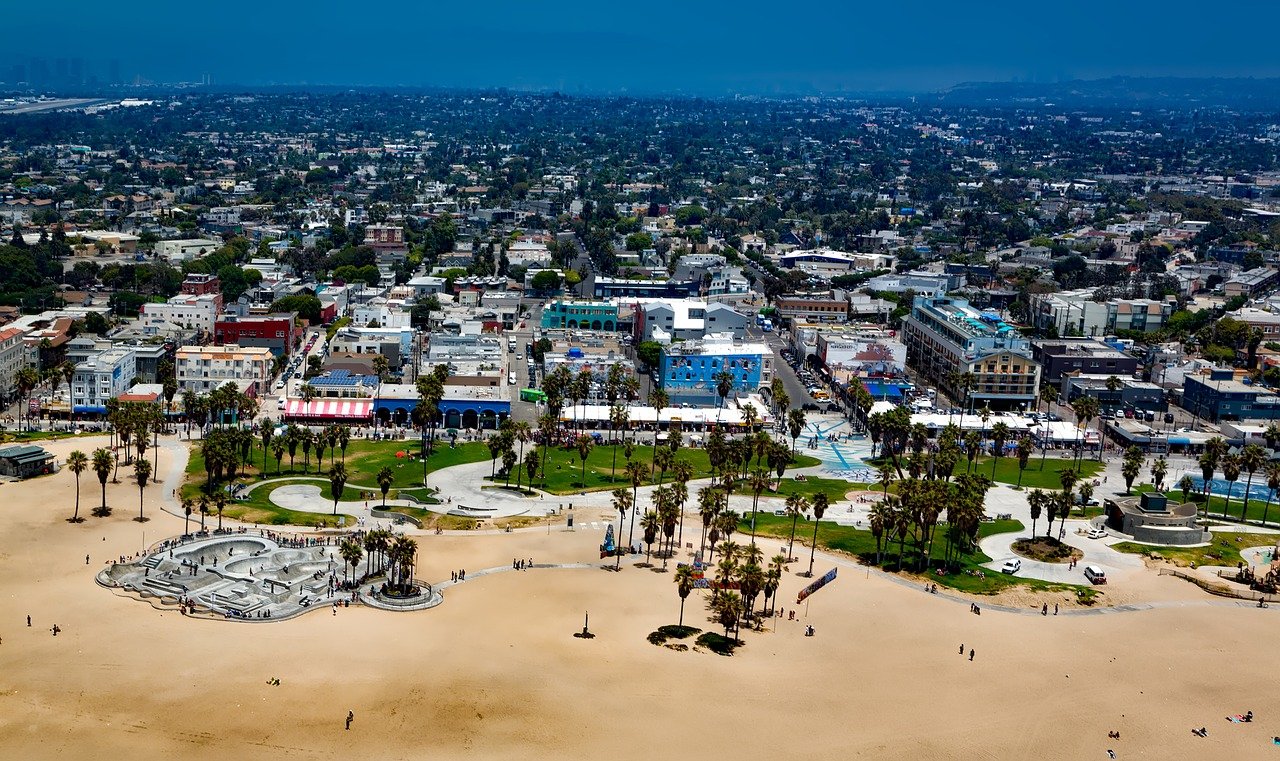 REACH HERE BY: Venice beach is just 25 km away from the city of Los Angeles and is well connected via train, buses, and taxis.

One of the largest Sand dunes system in Northern America, the wilderness area of Algodones dunes is a must visit location when exploring the Southern California. Public vehicles are restricted in this area however off-road vehicles including buggies, jeeps, dirt bikes, and trucks are often used to explore the range of dunes in the best possible ways. The wilderness of Algodones dunes can also be explored on foot or horse back. The Dunes area is also home to occasional races when visitors can rent four wheelers and dune buggies to explore one of the beautiful desert terrains of the United States. Algodones Sand Dunes are also the largest dunes opened and available for recreational usage in California and thus is often crowded with visitors from the Country and even around the world. However, when visiting Algodones, make sure you bring everything you would need all along, including plenty of water storage as well. 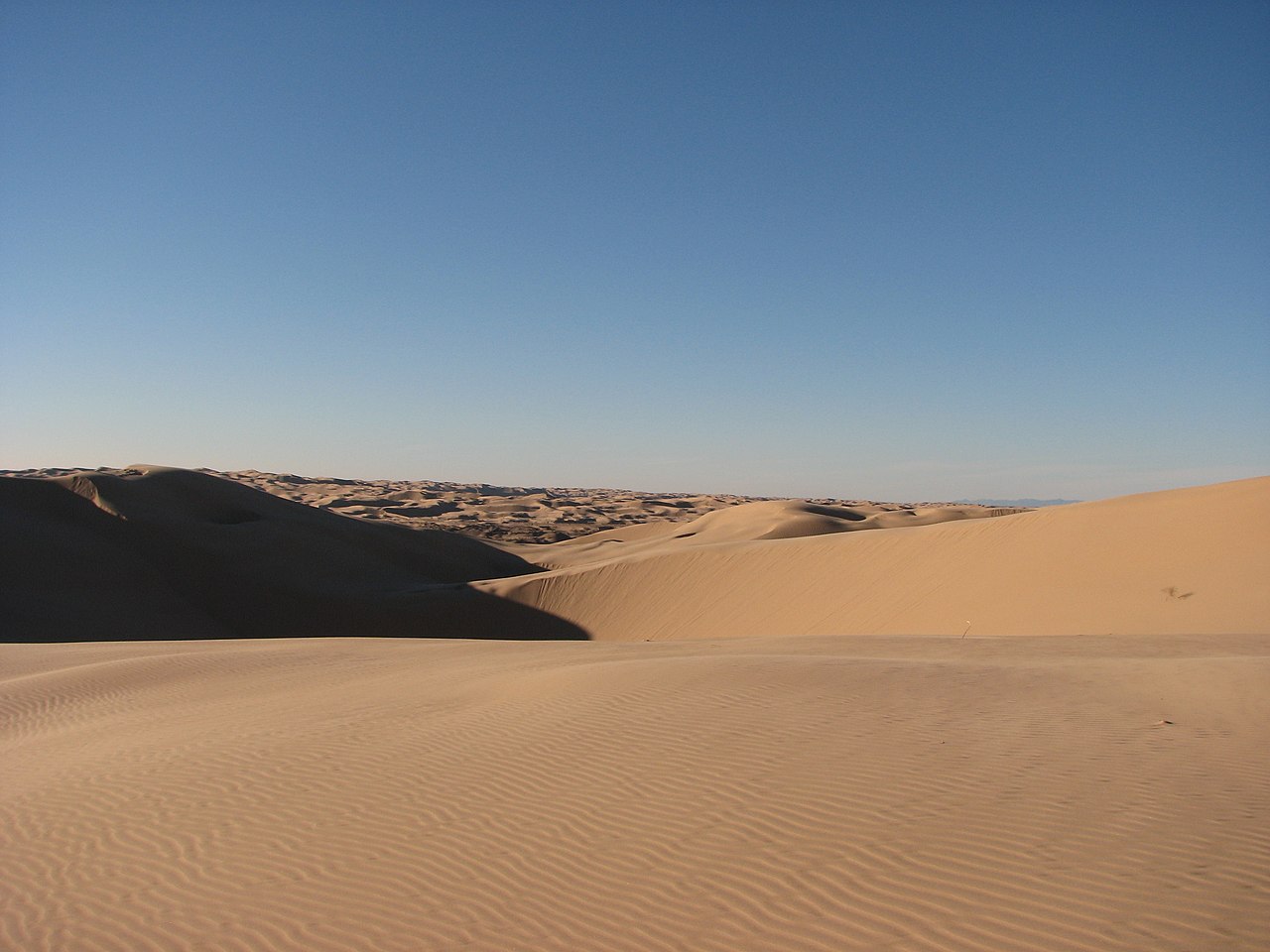 REACH HERE BY: The Algodones are situated at the Chocolate Mountains in Imperial County and are connected with the Interstate 8 and State Route 78. The north western end is only accessible for public which is approximately 11 miles east of Calipatria, Imperial County.

The most desirable swimming, snorkelling, and diving spot in San Diego is the ecologically protected La Jolla Cove. It is a small yet divine cove and beach location spread all across with silvery sand and surrounded by cliffs of La Jolla. The cove is also a part of a marine reserve with rich marine life underwater and a lot of them are often found relaxing and playing around the beach front, bluffs and cliffs, and at times even enjoying with the visitors of the beach. The water of La Jolla Cove is quiet however due to sudden harsh waves; it is advisable to swim only if you have some experience water skills in hand. Due to the protection of sea cliffs, the cove and beach location is ideal for safe snorkelling especially during the summer months. Inside the cove, lies a beautiful white & silver sand beach that is really small but takes you close to a unique sand and sun soak up experience in the San Diego. La Jolla Cove is a vacationer’s dream and the best part about this sight are the hidden caves (towards the south east of the cove) which can only get explored during the calm ocean days. 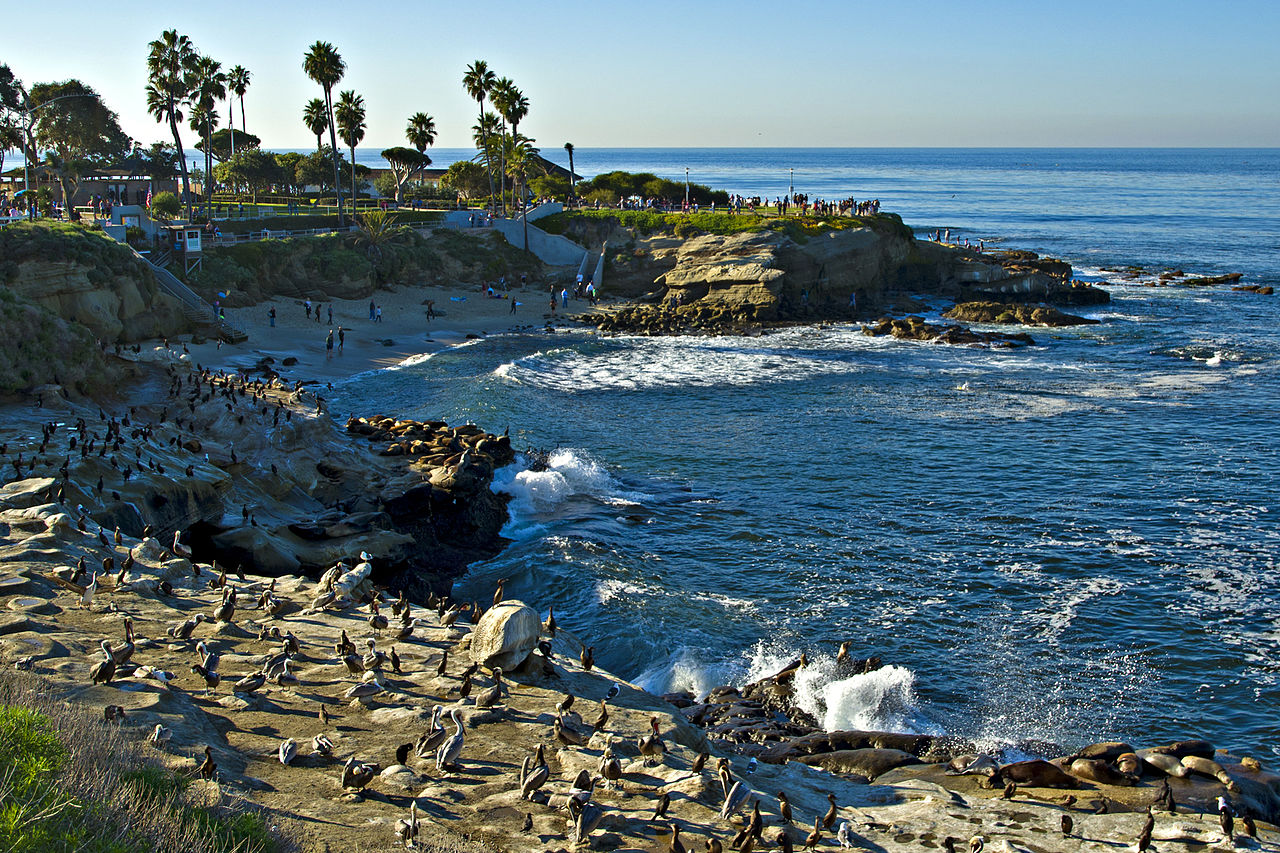 REACH HERE BY: The La Jolla Cove is easily reachable from San Diego city and is located just at a distance of 20.6 km. Several taxis and buses connects both the locations and are functional all day long.

An attractive waterfall that undoubtably is a must visit destination in Southern California is the Sturtevant Falls. The Sturtevant Falls sits at the foothills of the Angeles National Forest, and is easily reachable via a 3.5-mile trail beginning from Chantry Flat Recreation Area, off the 210 freeway. The hike towards the fall starts relatively easy and fun but as one moves forward the way it gets slightly adventures and difficult, however worth all efforts. After reaching to the Sturtevant Falls one can enjoy in the water, picnic around the location or just relax and refresh in the lap of nature. The 60 feet waterfall is a true beauty of the San Gabriel’s and surely one of the best waterfalls in California States. Sturtevant Falls truly is nature’s paradise in Southern California. 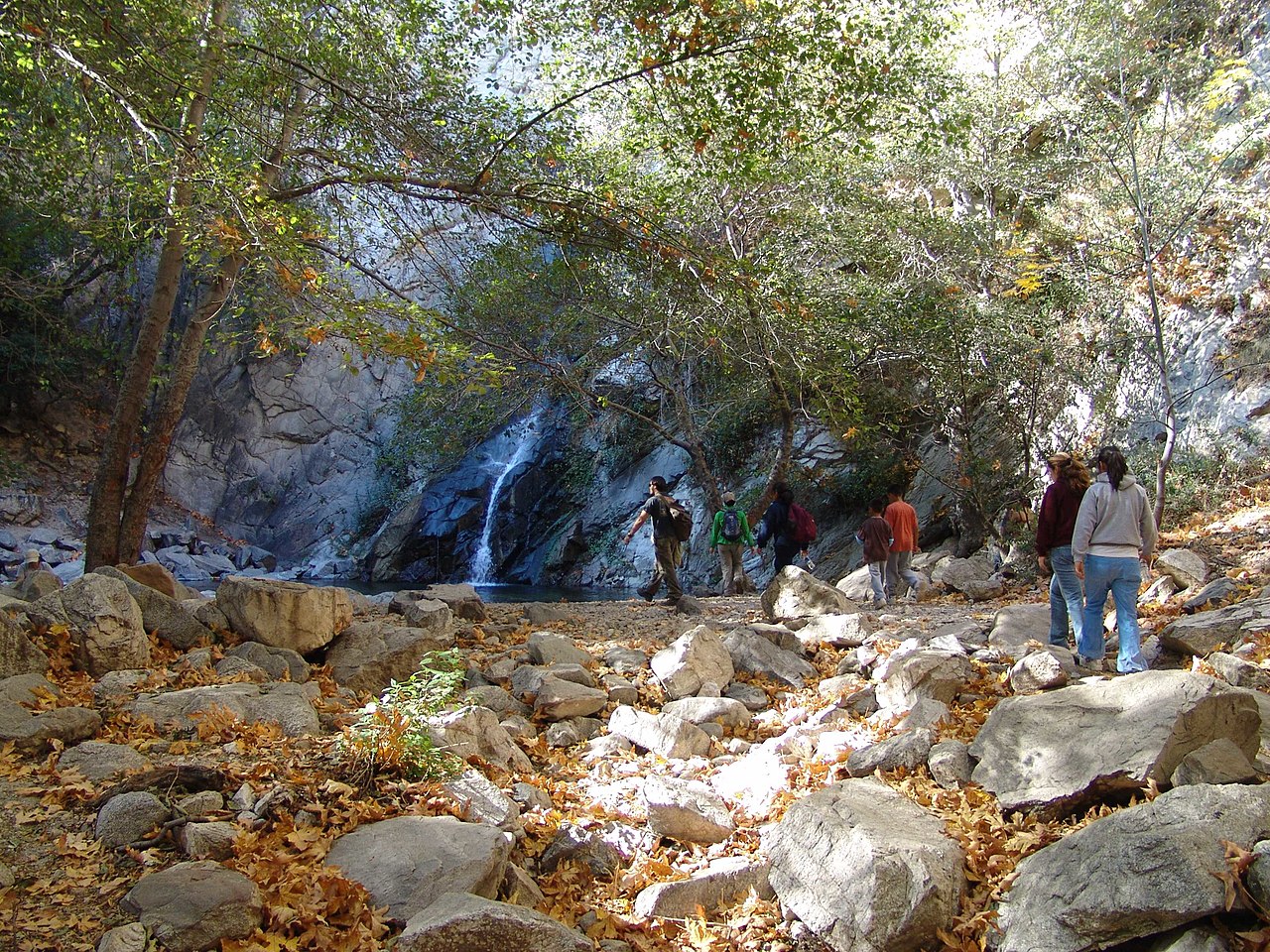 REACH HERE BY: Reaching the Sturtevant Falls is only possible through the hiking trail that begin from the foothill of Angeles National Forest reaches you towards the falls after almost an hour of hike.

Also known as the Golf Capital of the World, Palm Springs serves as a popular tourist destination in Southern California from the early 90s. It is a desert resort city with noted Mid Century Modern (MCM) architecture, various art and cultural scenes, more than 100 golf courses, world class luxurious resorts, abundance of natural sights, and altogether a perfect blend of sophistication and nature. This desert city has something for everyone and one would never get bored of exploring the same when in here. Visitors who want to capture a bird eye view of the beautiful deserted landscapes in the city often ride the Palm Springs Aerial Tramway towards the 8,516-foot summit of Chino Canyon. Nowhere in the world, there lies a better bird eye desert view then with the aerial tramway here in the city.

REACH HERE BY: Palm springs is only 171.7 km away from Los Angeles and is well connected via road transportation including buses, taxis, and trains as well. 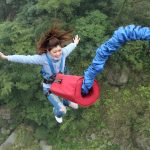 Top 5 Adventure Activities To Do In Chhattisgarh (2022) Previous 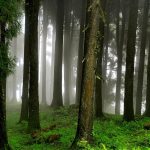