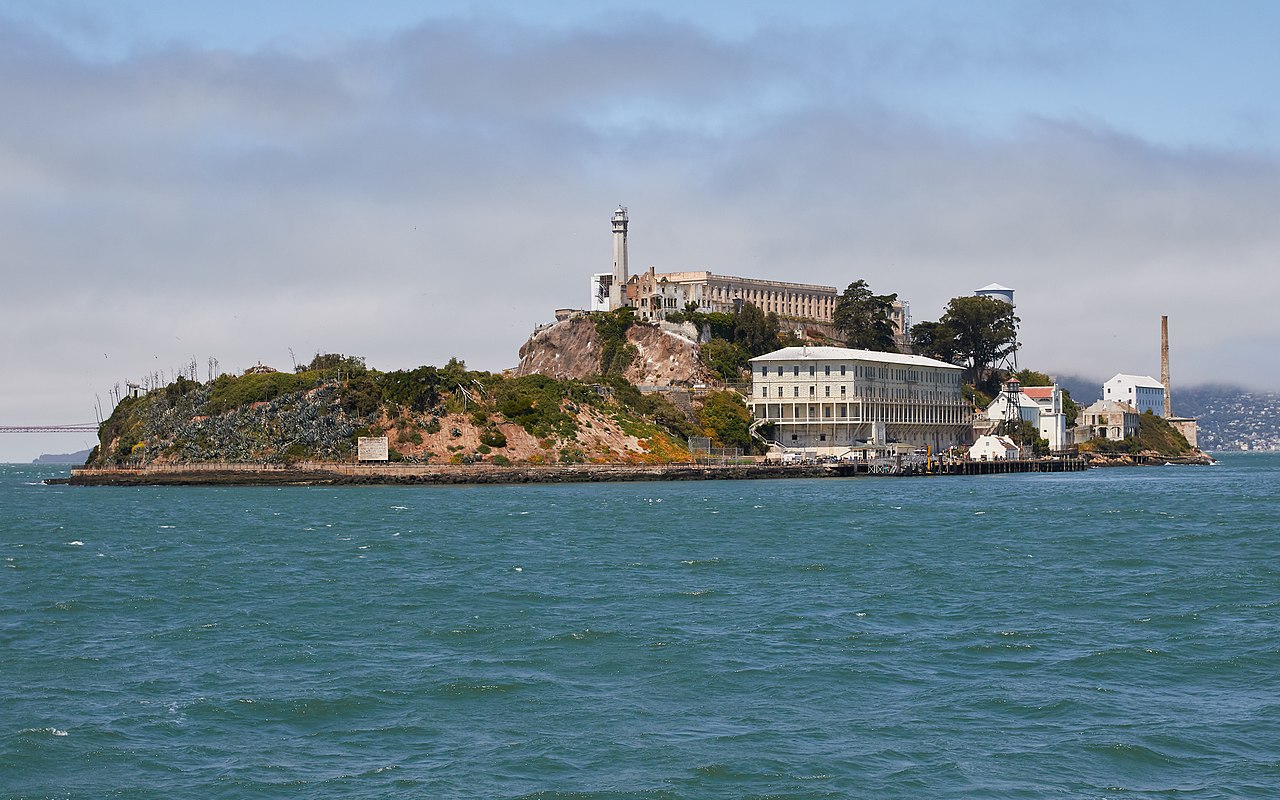 There are no stones left unturned when it comes to amazing the visitors with California’s natural wonders and thus Islands here are not far in the list. The State of California is served by an entire coastline that offers some magnificent islands that are indeed on everyone’s bucket list. Every Island in the state of California provides a unique experience and satisfy the taste of visitors from various places. Even if it is bustling with crowd and activities or peaceful being in an isolated site, islands in California are not a matter to miss.

Unlike the other US. States, California does not house a chain of islands, but even the few countable ones it holds are mesmerizing and alluring enough. Some of them require an entry pass whereas some of them are free, though each one calls for a short day out or even a leisure full weekend stay. Out of whatever California holds in the name of Island, here is the list of “Top 5 California Islands” amongst them. Have a look:

Mentioned Below are Top 5 Islands of California:

Located in Santa Barbara and Ventura, the Channel Islands of California are eight-island archipelagos of which some were colonized even 13,000 years ago. No doubt these wonders are noted as the most beautiful islands in California. The eight Island it comprises are named as Santa cruise island, Anacapa Island, Santa Rosa Island, San Miguel Island, Santa Barbara Island, Santa Catalina Island, San Clemente Island and San Nicolas island. The Channel Islands also houses one of the richest marine ecosystems of the world with some unique species including ashy storm-petrel, Santa Cruz sheep, sea fan, garibaldi, underwater kelp forest and a lot more. Out of all the Islands of Channel, Santa cruise is the largest of all and San Barbara the smallest amongst them. 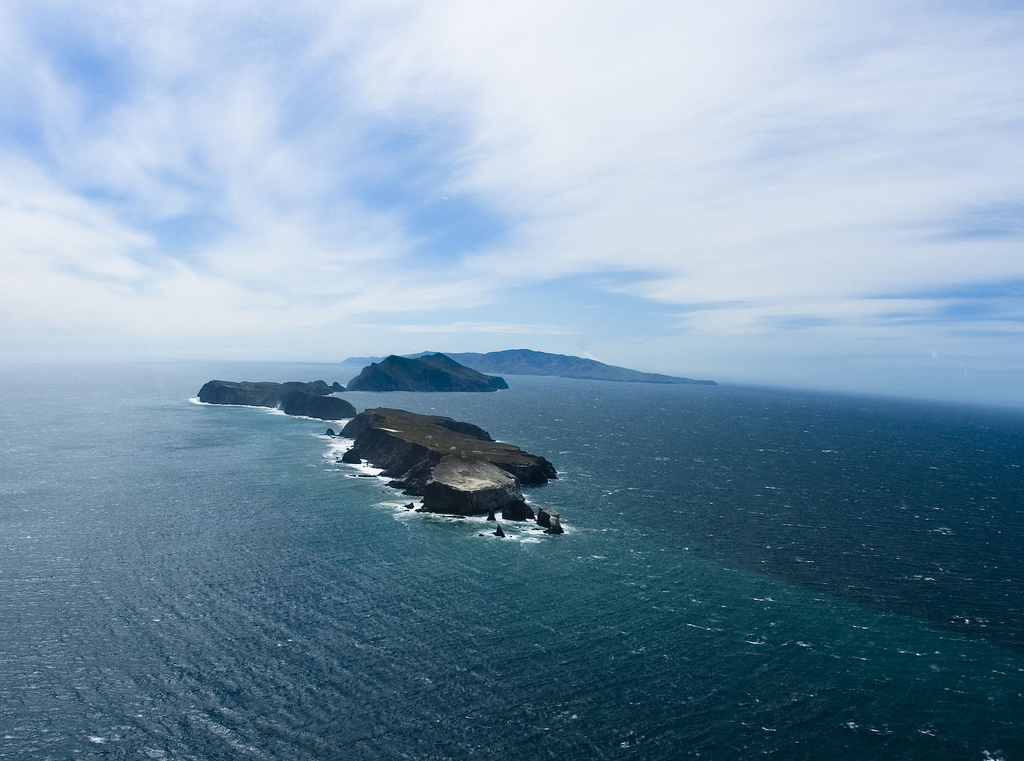 Despite being a popular spot, Channel Islands is still lesser touched by the human-kind and thus the beauty here still feels raw and fresh just as it would be a thousand years ago. Small planes and boats are used to reach the Island. Visitors here often indulge themselves in various adventures and fun underwater activities which are worth every effort.

Located in the San Francisco Bay, the Angel Island houses a rich history, pristine parkland, picnic areas, hiking trails beautiful beaches and a lot more. The Island offers a mesmerizing view of the cities of Oakland, Berkeley, Alcatraz and San Francisco. The picturesque views and serene surrounding of Angel Island are the results of it being less explored and crowded than several other island spots in California. One can reach here via ferry, private boat, or kayak from Tiburon, Vallejo, San Francisco. Once you are here, you can explore the 13 miles long hiking and biking trail, about 20 campsites (paid) or cycle around Island’s main road. 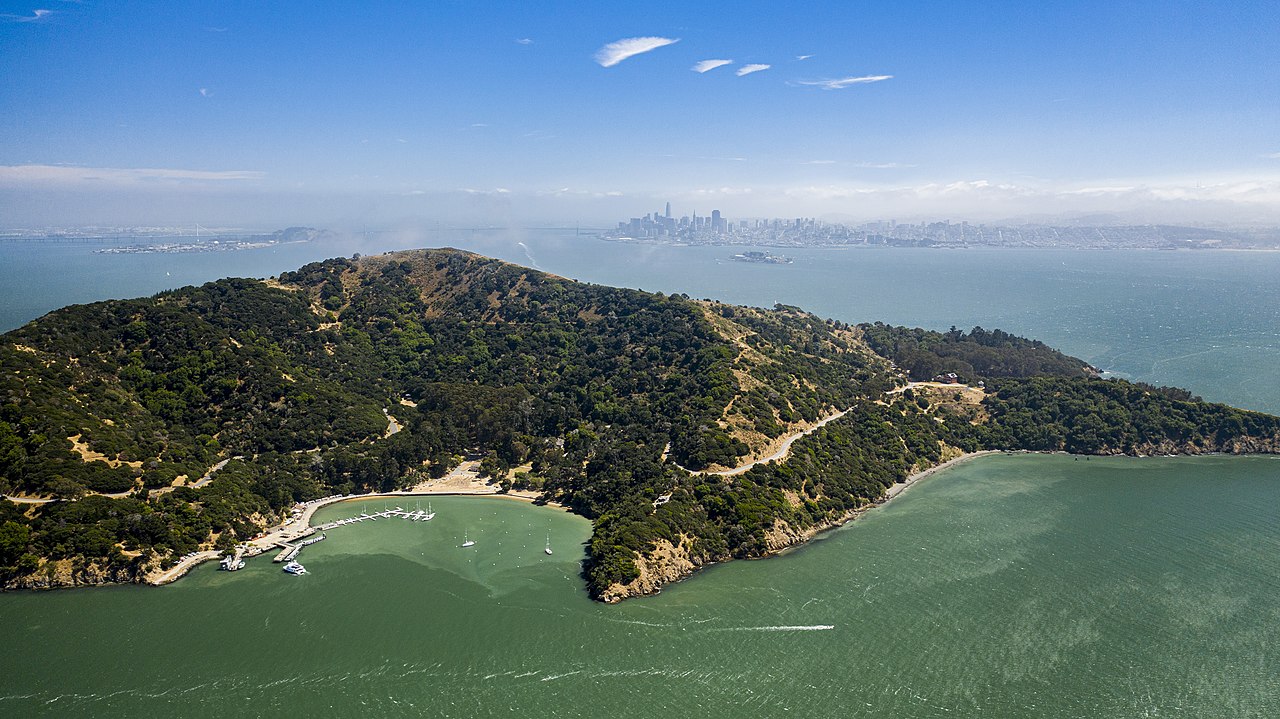 The trails of Angel island are marked moderately easy and full of stunning panoramic views that take one towards the Mt. Livermore. The summit of Mt. Livermore gives a 360-degree clear view around which makes one feel at the top of the world. There are often live music and other concerts organized on the Island (mainly during the weekends) alongside some lip-smacking dining options which complete the day.

On the Bay of San Francisco, the Alcatraz Island is known for housing security prisons, also known as “The Rock” which were functional from 1934 to 1963. It is one of the smallest islands in California that can only get visited via several organized tours. Some of the luckiest and rarest visitors are allowed to stay overnight and sleep in one of the prisons at Alcatraz Island. However, the chance is given through a lottery system, and lesser than 500 to 600 visitors get this lucky chance annually. The Island speaks stories of humanity, justice, and incarceration of America.

Early morning trips to Alcatraz Island are the best as the weather is soothing and the surrounding are less crowded. However, if you get a chance to visit the Island on a cold and windy day, it brings a unique experience for you altogether. The island premises organize recorded guided tours with complementing headphone that narrates the history of Alcatraz.

A human-made wonder, which is also one of the Historical landmarks of California, Treasure Island is as unique as its name suggest. It is not only known for the water wonder but also the huge monthly flew market and music festival that attracts a huge crowd every time. Visitors come attracted here for the divine dining options, fun games, live music, scenic views and unending shopping options. Even if you have planned your visit off time to these monthly events, this 400-acre island spread has a lot for you including some great bars for wine tasting, rented bike rides, fishing from the jetty, picnic at Clipper Cove or simply the colorful scenic view around. 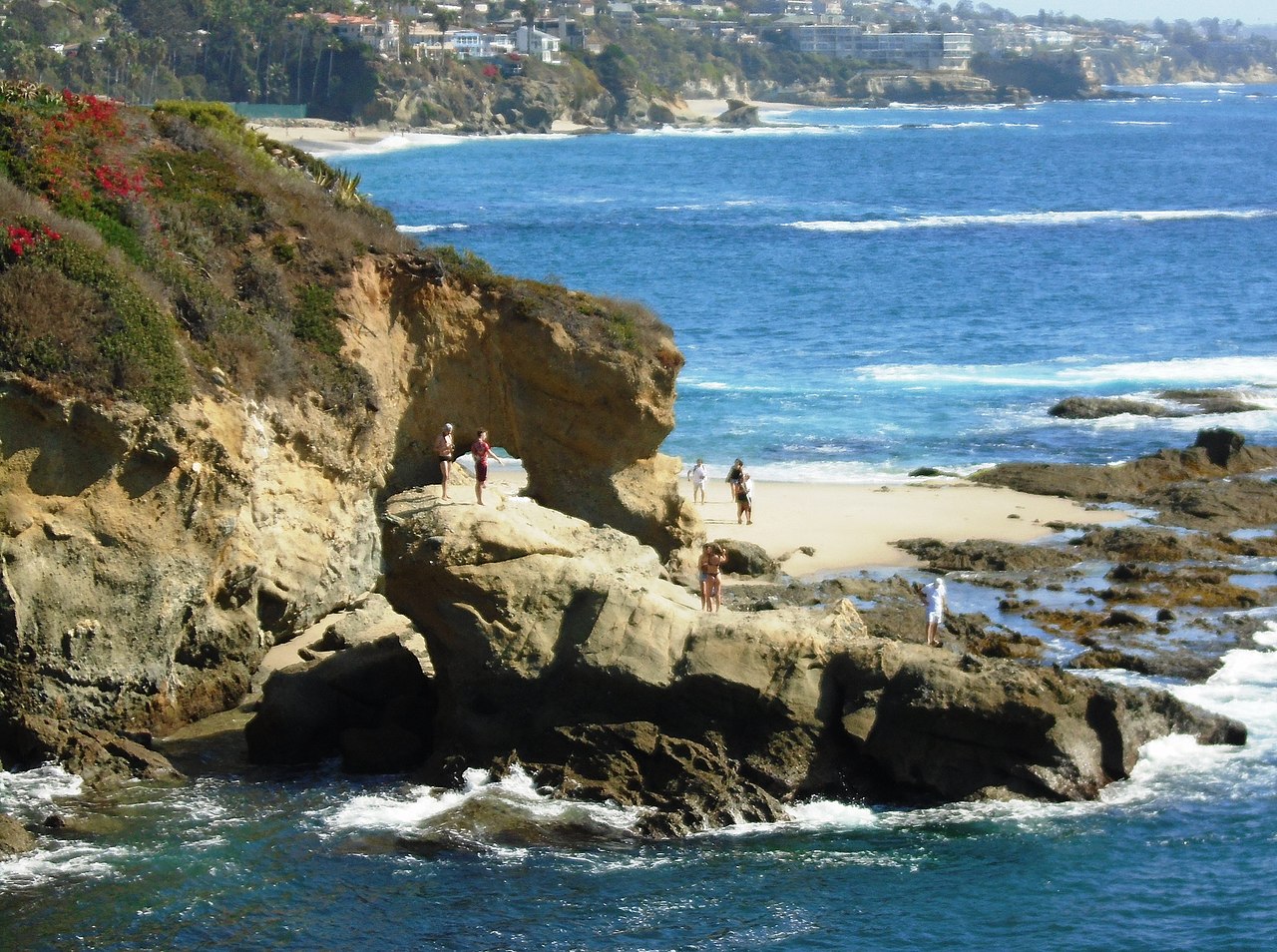 Treasure Island offers a beautiful view of the city which grows magnificent with the night hours taking the command. The Island can be reached either via private boat on the waterways or drive over the Bay Bridge. It also houses the Treasure Island Museum which tells a lot about its existence. For capturing the magnificent skyline, a lay down at Treasure Island during nights are advisable.

Woodley Island is one of the popular island destinations in California and a famous sight for bird watchers. It is located in the Humboldt Bay within the city of Eureka, a beautiful city of California. The Island houses a marina and Table Bluff Lighthouse which are counted as one of the main attractions here. It is also home to several migrant birds and various residential birds, making the atmosphere around beautiful and chirpy. The other side of this Island takes you towards the Gerald O. Hansen Wildlife Area which one must not miss when here. 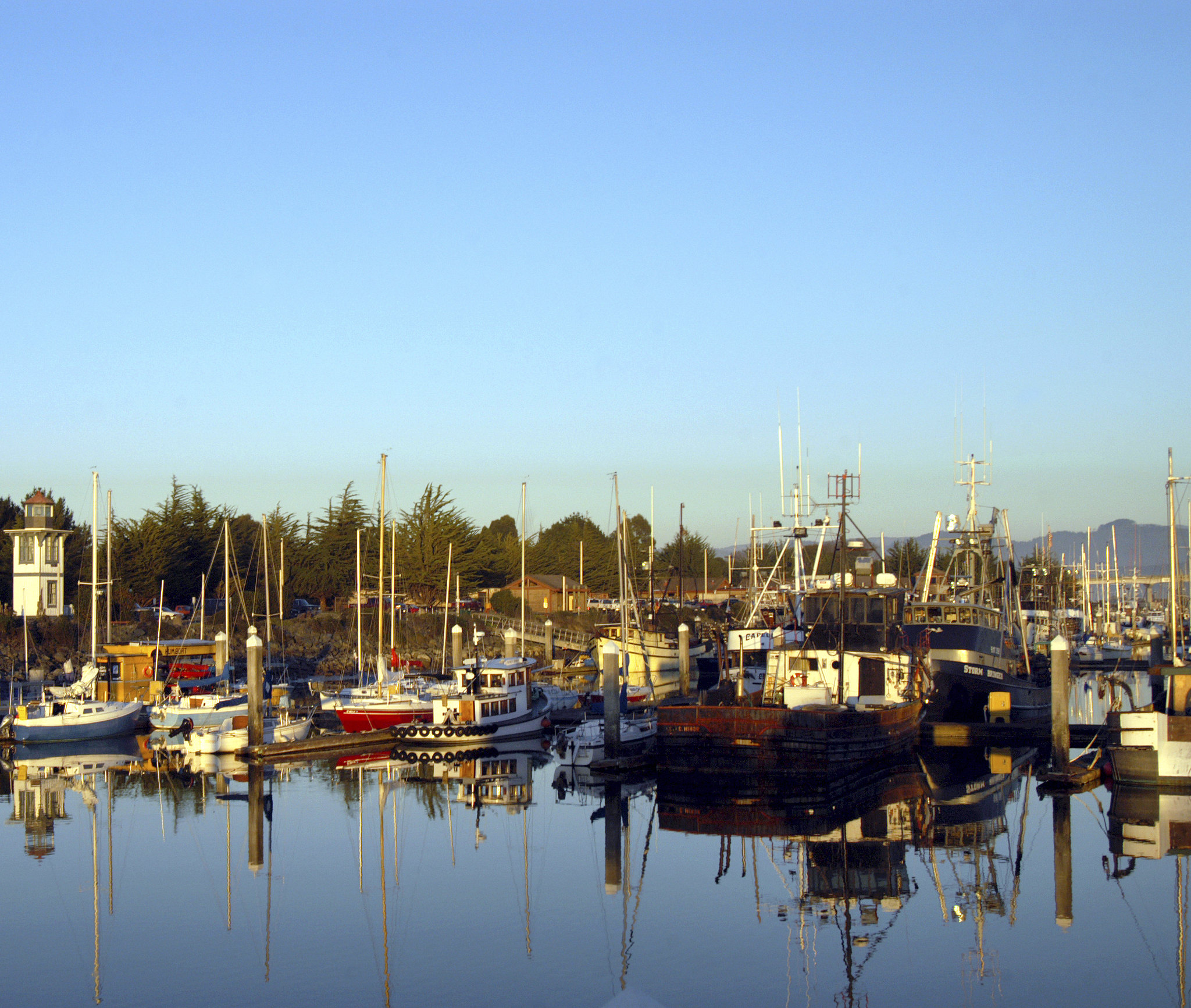 Woodley Island is also famous for several outdoor activities including kayaking, paddle boating, canoeing, stand up paddleboard, and whale watching. The island premises are served, buy only one restaurant the Cafe Marina and Woodley’s Bar, where visitors can taste divine seafood made out of freshest fishes bought right before you. However, the options here are limited to sea food only. Consider spending evening or night hours in Woodley when all you would see is the mesmerizing lighting of Old Town Eureka across the water, all worth your sight. To reach here, one can either book a private boat to the marina or Drive over the bridge from Eureka. 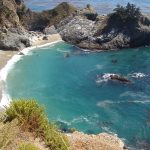 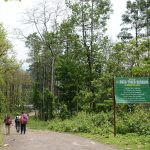 Visit Buxa Tiger Reserve: A Travel Guide For a Unique Trip (2023) Next