The port city of New Haven sits at the mouth of the might Quinnipiac River in Eastern Connecticut. New Haven was founded by English Puritans in 1638, and since 1716, it has become one of the most famous cities in the US and is home to the renowned Yale University. When you visit New Haven, it is a great idea to begin your tour from the Yale University campus itself, as there are numerous interesting things to see, including the incredible Yale Peabody Museum of Natural History.

Apart from the Yale campus, there are many things to do and places to see in this beautiful city. Read on to find out more about the top-rated attractions in New Haven.

Yale University is the gem of Connecticut, located in New Haven. While there are many other places to check out in the city, it is this Ivy League gem that shines the brightest in the city.

Now you don’t have to be a student of this famous university to be able to step inside. You can check out the many Yale University museums that are open for visitors. There’s the Yale University Art Gallery that is nestled away off the main green. It is home to over 250,000 objects, and you will find many masterpieces here that have been crafted by greats like Degas, Monet, and Manet.

You might not believe it, but you can actually catch sight of dinosaurs also at the Yale University complex. Head to the Yale Peabody Museum of Natural History, which is one of the top-rated places to see in Connecticut. Here you will get to see everything from meteorites to fossils to Babylonian carved stone divination objects. There are over 14 million specimens and objects on display at this museum.

Even the Yale campus is open for viewing and is a major tourist attraction in Connecticut. These fascinating buildings, designed by many famous architects, including Eero Saarinen, and Frank O. Gehry, are home to many historical displays, and there is a video tour of the campus as well. You can even participate in free student-led campus tours that take place each morning.

With over 150 hands-on exhibits that cover the various fields of science, the Connecticut Science Center is a must-visit when you are in New Haven. From butterflies to outer space, there is no end to the exciting exhibits you will find inside this science center. The Connecticut Science Center was designed to engage children of all ages and get them interested in science. The exhibits encourage the kids to explore and discover both the physical and natural world around them. 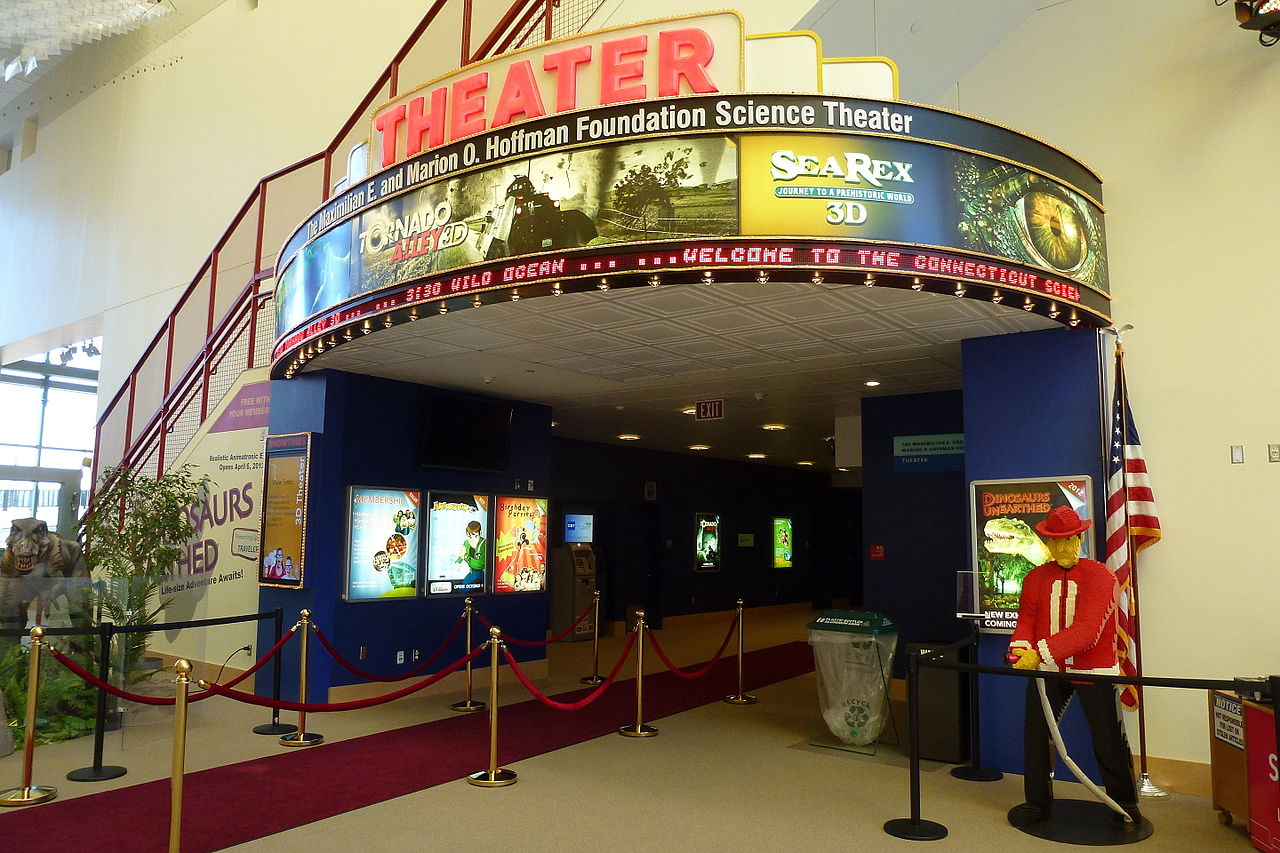 In the main atrium, you will find the Science Alley, which takes you through the entire history of scientific discovery. There is an Engineering Lab that shows how principles of engineering help solve real-life problems. Children will find many things to do here, including designing and testing a heli-flyer, experimenting with wind power, getting enthralled with butterflies in the tropical greenhouse, and even racing a robot.

The science center even has a separate space for younger children where they can do experiments of their own with moving water and even build with giant blocks. Experimenting with magnets is a hot favorite amongst the kids.

3. Perfect for Music and Theater Lovers

New Haven is a paradise for music lovers and theatergoers. And the best part is that you don’t have to wait for a special night of the week. There is something or the other going on almost every night of the week. In New Haven, performing arts and concert locations join jazz dives and various free outdoor programs in creating a very busy arts calendar throughout the year.

While here, don’t forget to check out the Shubert Theater, which has been a mainstay of the city since 1890, when the Shubert brothers extended their presence from New York and opened this grand theater in new Haven. The theater rapidly developed into a prime spot for pre-Broadway openings, as well as a testing ground for rising stars. Over 300 world premieres have opened here, including Sound of Music and Oklahoma! And it’s not just for stage productions – you can also enjoy concerts at the theater, from jazz to classical all performances take place at this theater. 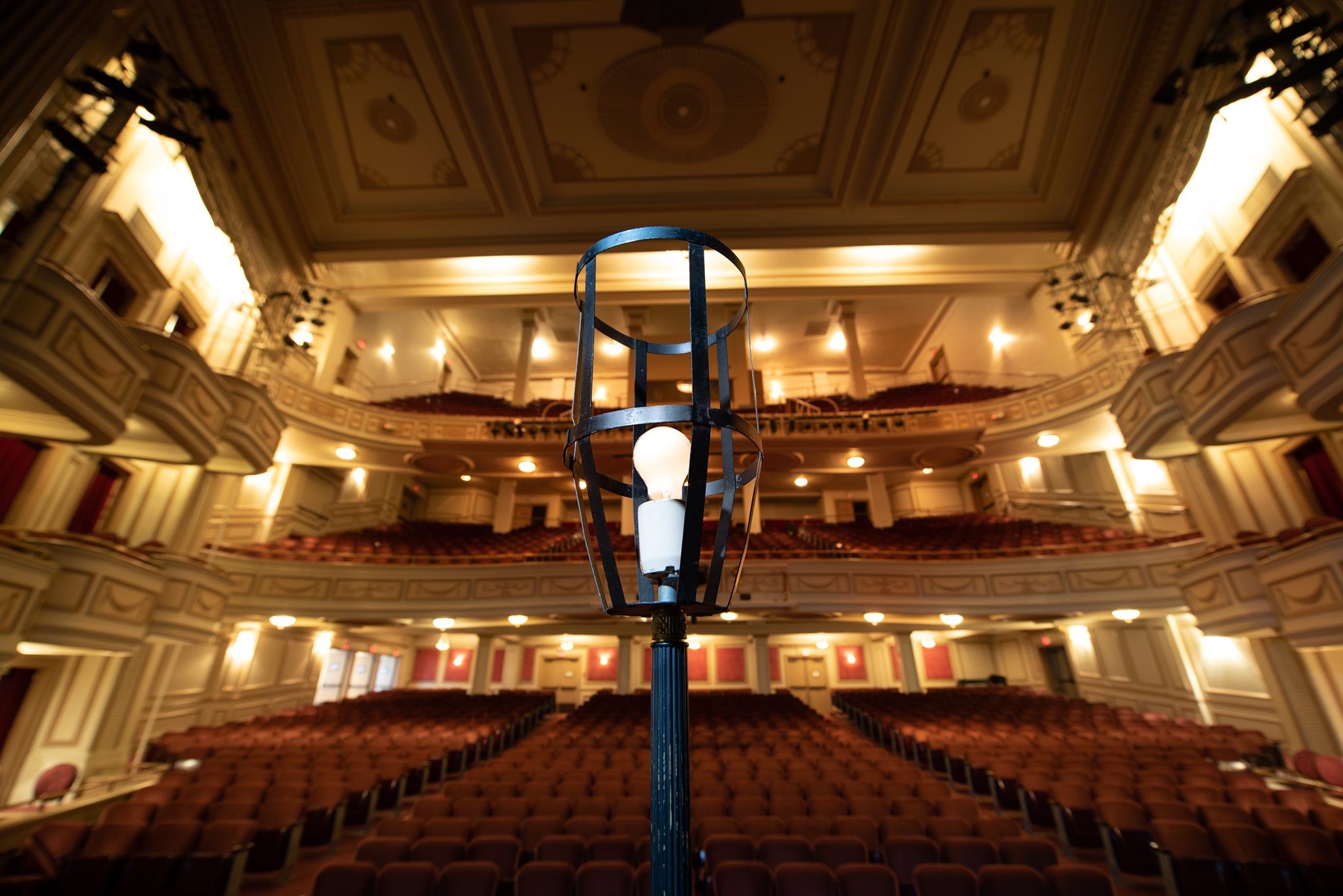 Moving on to the Long Wharf Theater, which sits beautifully in a converted waterfront warehouse. Here you can check out new works being debuted and the classics being transformed. The theater has witnessed over 50 years of performances, with many going on to Broadway and other national venues.

There’s also the Yale Repertory Theater, which used to perform in a former church, and today is a showcase for many upcoming playwrights.

Moving on to the famous orchestras in New Haven, there’s the New Haven Symphony orchestra, which started performing in 1895. You will be surprised to learn that Bob Dylan and the Rolling Stones played in New Haven at Toad’s Place.

The Beinecke Rare Book & Manuscript Library is famous for being home to one of the world’s biggest and richest collections of rare manuscripts and books. The library contains many ancient manuscripts, maps, personal papers of various authors, archival materials, and writing on papyrus.

The library even houses some of the earliest books printed in China, Japan, and Korea, going all the way back to 1800. Books published in America before 1821 and broadsides and newspapers printed in the US before 1851 all find their way to the collection of this library. And not only this but thousands of historical printed materials and books get added to the library’s collection every year. You can even view their collection through the Digital Library, which contains over a million images.

One of the most famous treasures kept at this library is the Gutenberg Bible, which was the first Western book printed on a movable type of printer. The bible is permanently on display, along with a copy of John James Audubon’s Birds of America.

The abundance of nature in New Haven is truly breathtaking. Nearly 20 percent of the city is devoted only to green and open space, and one of the most popular places to visit is the East Rock Park. Spread out over 425 acres, it is home to a 365-foot-high, 1.5-mile-long rock. And from the top of this rock, you get to take in some incredibly stunning views of New Haven and Long Island Sound. This is one of the most beautiful places to photograph in the city.

Inside the park, there is the spectacular Pardee Rose Gardens which is home to a continuous succession of blooming flowers throughout the growing season. The peak time of blooming is during June and July, so it is a great idea to plan your visit to New Haven during this time. In the months of June and July, you will find over 50 varieties of roses in full bloom. The garden is one of New England’s finest rose gardens. The Pardee Greenhouse also is a beautiful place to check out.

You will also find the Civil War Soldiers and Sailors Monument and Indian Head Peak inside the park. Picnic areas, playgrounds, and over ten miles of trails for walkers, joggers, and cross-country skiers in the winters offer plenty of things to do for visitors.

Apart from these attractions, there are many other places of interest to check out in New Haven, including: 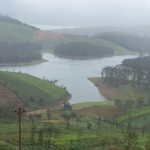 Ooty Vs Kodaikanal: Which is Better? (2023) Previous 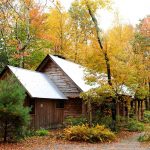