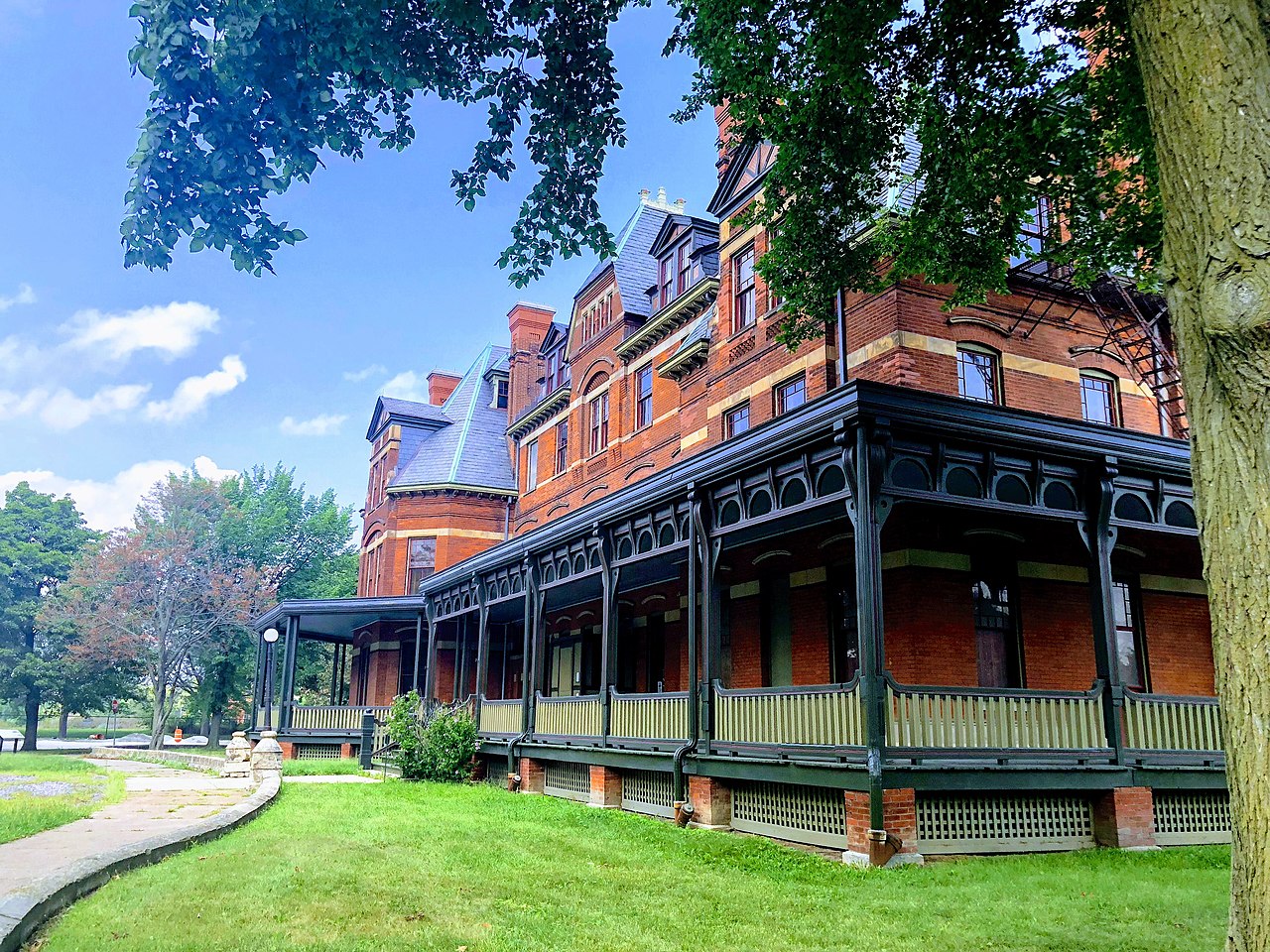 Illinois is a Midwestern State formed back in the year 1818. The American Revolution/ Independence made Illinois a territory that later transformed into Statehood. From several notable incidents to prominent individuals, Illinois has given a lot to the United States. Living a full-fledged heroic life, Illinois as a State has seen so much. All of its incidents and experiences gave birth to historic sites and landmarks which today are tourism-worthy.

From Lincoln’s influences throughout the State to ratifying the 13th amendment and abolishing slavery, a lot is there in Illinois story tales. As a history buff and American lover, you can explore historic homes to memorials, burials, museums, and even bridges that tell some old tales. Even though the world has not preached a lot about them, Illinois’s historical attractions and landmarks are worth reaching for.

10 Popular Historic Landmarks in Illinois That You Will Love Visiting

Look at the list below and make the best opportunity for exploring the Historic landmarks in Illinois.

Old Capitol Building is a state historic site located in Springfield, the capital of Illinois. It is a reconstruction of the Statehouse and served as the state capital from 1840 through 1876. It is where Abraham Lincoln delivered his House Divided speech and served as both a lawyer and legislature. Today when the legislature is in action, visitors can see the State politics in action. Or, as you will walk through the rooms, floor, and chamber, there’s the extravagance of Lincoln-created history to observe. 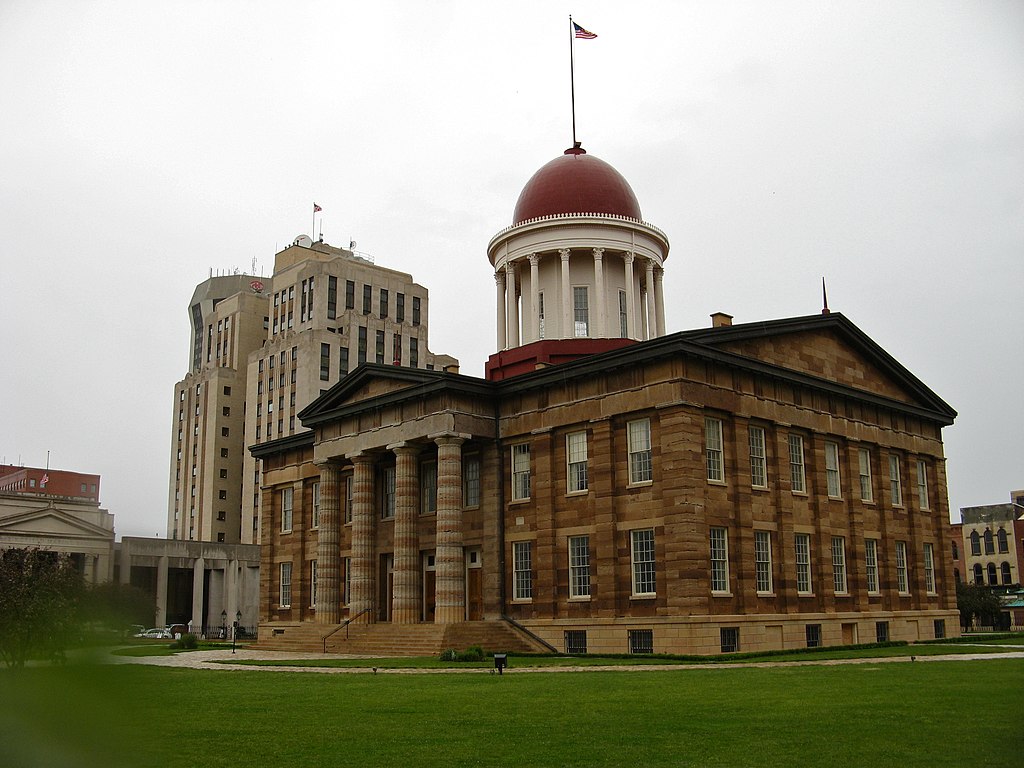 Not only historical but the Capitol Building have witnessed several recent incidents as well. From Barak Obama announcing his presidential candidacy to Joe Biden getting introduced, there’s no end to notable efforts here. To earn a well-informed tour, consider opting for guides.

Abraham Lincoln’s final resting place, the Lincoln tomb, is situated within the Oak Ridge Cemetery. Since 1960 and 1966, it was listed as a National Historic Landmark and in the National Register of Historic Places. Today, the landmark has a 117-foot (36 m)-tall granite obelisk along with statues of representatives of all military services. Along with Lincoln, the tomb is also the final resting place of his wife and three sons (out of four). Rooms inside the tomb are all bronze and marble, with the remains of Lincoln lying in a concrete vault. 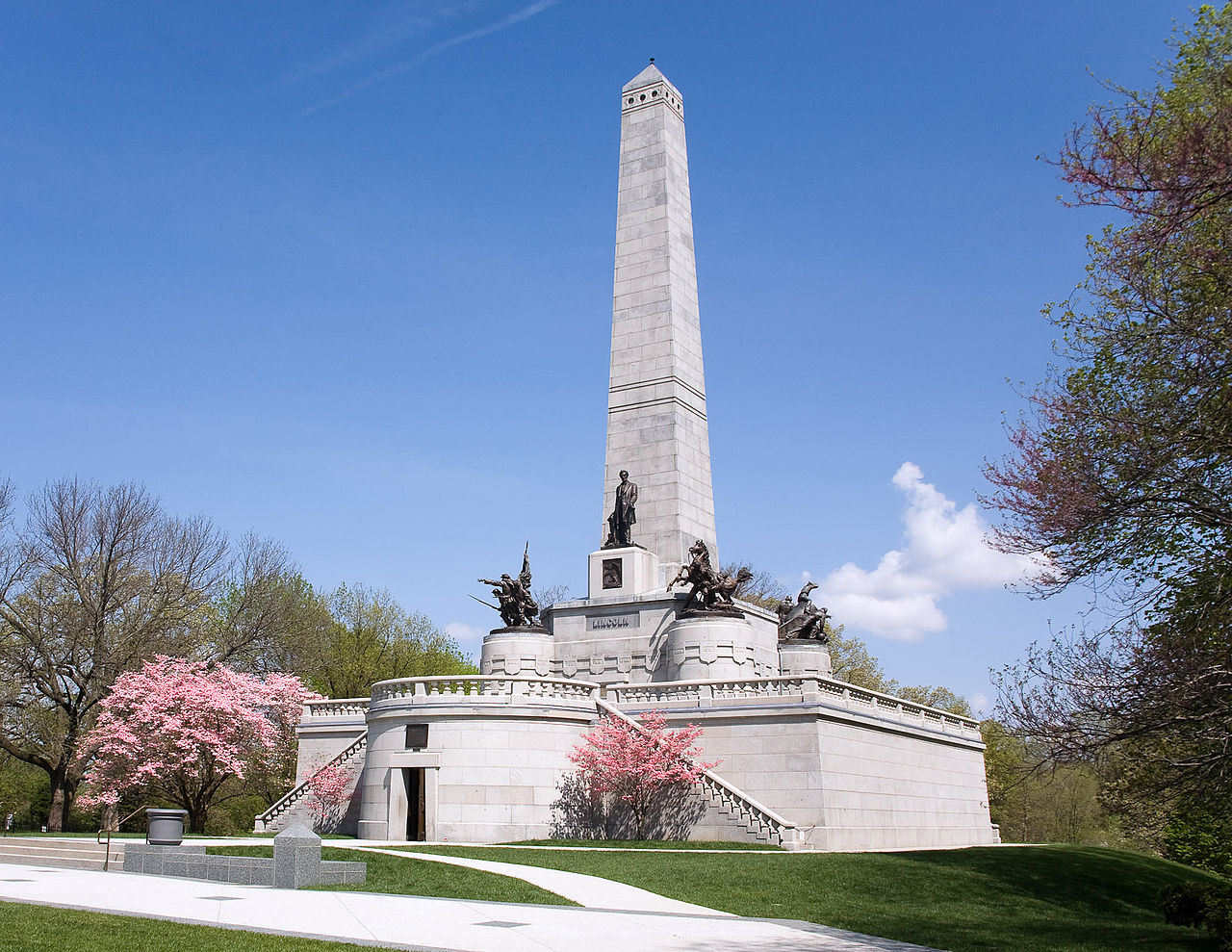 Today visitors can register a tour inside the tomb and explore it for free. The sight is operational daily from 9 am to 5 pm, except for National and State holidays.

Dana-Thomas House is a historic Frank Lloyd Wright home, nearly a century old. It is one of the most lavish and unique structures by Wright designed in Prairie School-style architecture. The House was first built in 1868 to1869 and later remolded from 1902 to 1904. Today, visitors come here to explore the largest collection of original Wright art glass, furniture, windows, door, and lamps. Tour guides at Dana-Thomas house are extremely talented and well-versed with interesting and hidden information. A 1.5 hours tour will take make your observation grow bigger and experience brighter. 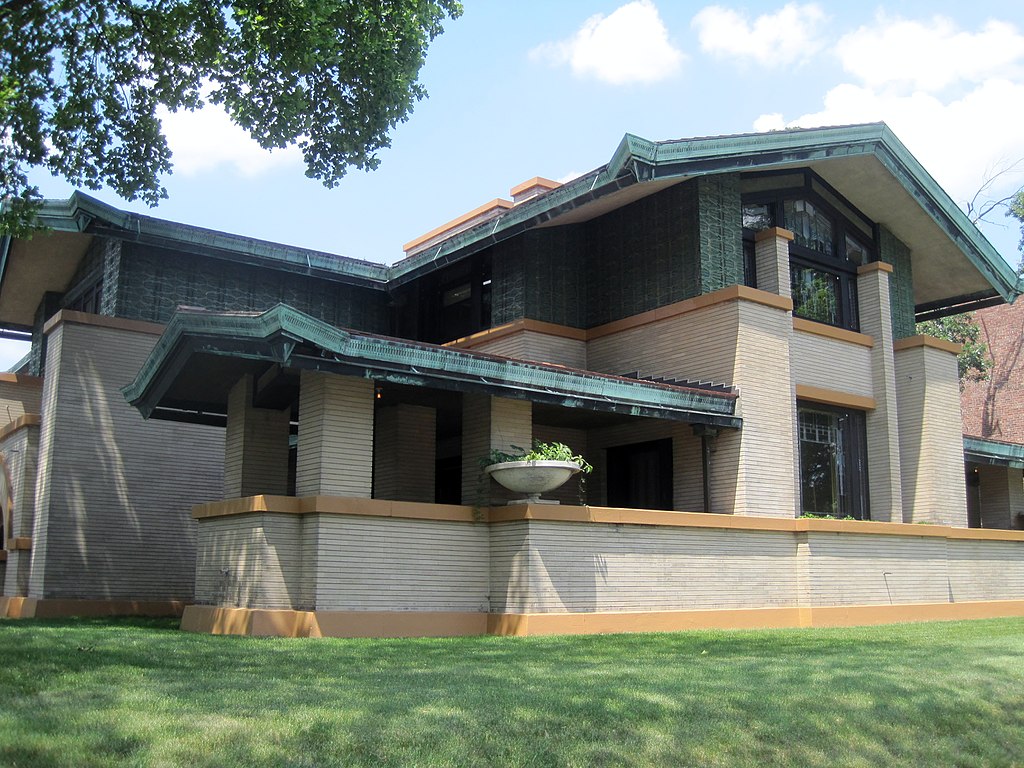 United States’ first model, planned industrial community, the Pullman Historic District, is located in Chicago. It is one of the popular historic landmarks you will love visiting in Illinois. Pullman Historic District is a little outside Chicago and feels so idyllic. It feels great to walk through the old streets and observe the beautifully maintained old homes. In October, over a dozen of homes are open for tours by the present residents themselves. Apart from that, visitors can also explore the Pullman Visitor Center and A. Phillip Randolph Pullman Porter Museum. From history to architecture and old-time vibes, there is so much to learn in this historic district.

The largest pre-Columbian settlement north of Mexico, Cahokia Mounds are a must-visit when in Illinois. Back in time, it acted as a physical barrier between commons and elites. Today it is reportedly one of the highest points in the plain lands of Illinois, thus enough for attracting tourists. Even though it is located within a private property, the owners allow visitors to climb up once or twice a year. You can see some of the most complex archaeological sites flourished between A.D. 1000 and 1350. For non-expert visitors, there’s also a quality museum with a lot of exhibits. Be prepared with some good walking shoes if you are up for climbing up and down the mounds. 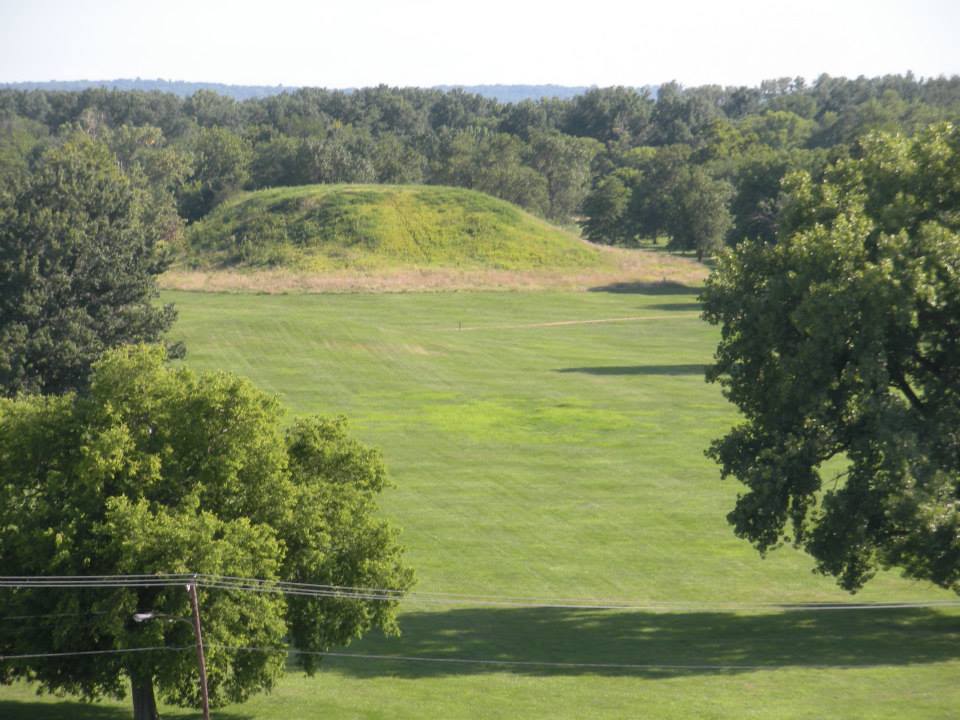 A funeral monument sculpture located in the suburbs of Chicago, the Haymarket Martyr’s Memorial is a must-visit. The site is dedicated to the ones who lost their lives to a bombing in the 1800s. Several police staff and civilians were either killed or wounded in the incident. During the demonstration for labor rights, an unknown demonstrator threw a dynamite bomb, resulting in the loss. Today visitors from all over Illinois come here to pay respect to the ones who lost their lives. With several burials behind, cemetery seekers often pay a visit here. 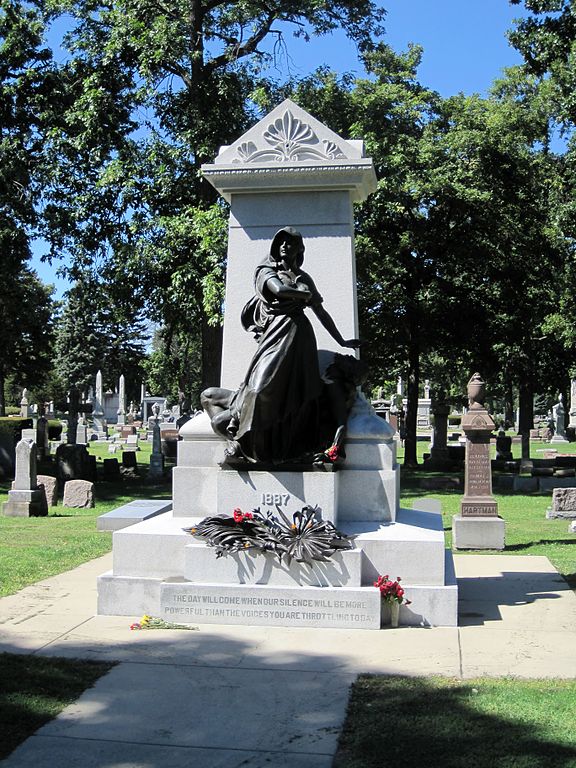 Located in downtown Chicago, the Clarence Buckingham Memorial Fountain is a must-visit when in Illinois. It is one of the largest fountains in the world and is considered the front door of Chicago. Since its establishment in 1927, the fountain has been operating uninterruptedly every year. From Mid April through October, it operates from 8 am to 11 pm organizing beautiful shows. Until the temperature goes below freezing, one can see an impressive 20-minute back-to-back. It is America’s one of the most elaborate ornamental fountains and thus is listed on the National register of historic places. 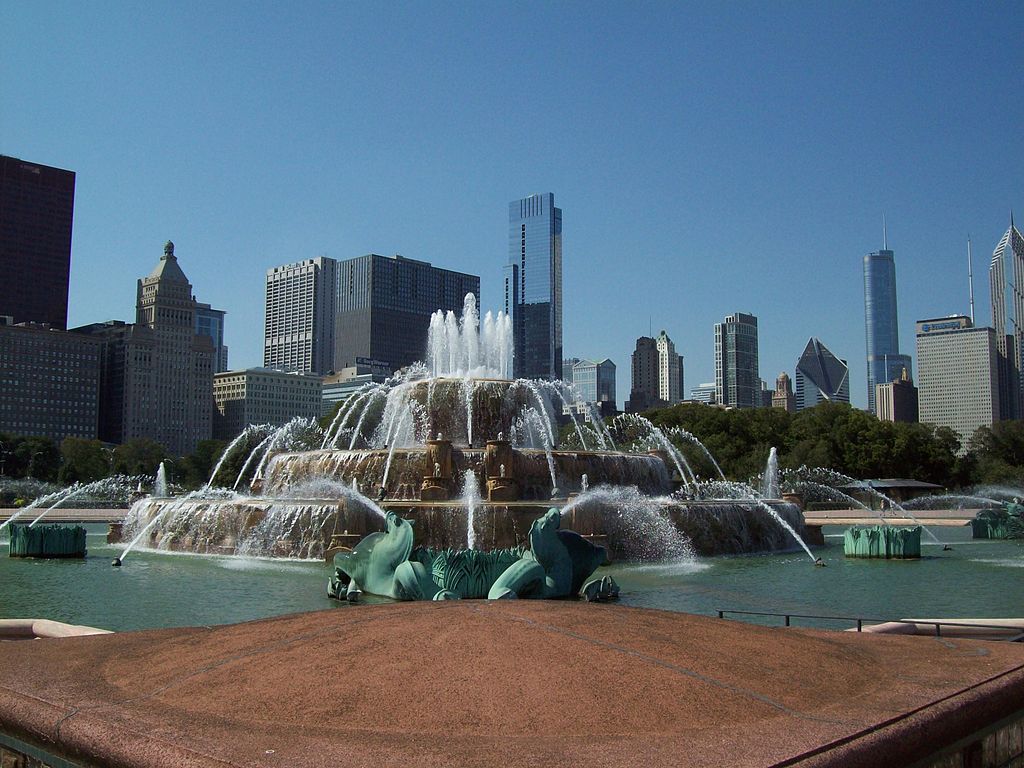 8. Museum of Science and Industry

A popular museum to explore in Illinois, the Museum of Science and Industry is something you cannot miss. The museum is housed in an 1893 building, the former Palace of Fine Arts. It is also the largest science center in the Western Hemisphere. While observing the sight, you will come across a World War II German submarine, U-505. The museum has 75 major halls, including the Transportation Gallery, displaying historic automobiles from all around the world. Further, move to the whispering hall, where you will hear whispers all over the room. Visitors can also stand before a 40-foot tornado, descend into an Illinois coal mine, board a 727 hanging from the ceiling and enjoy a lot more. 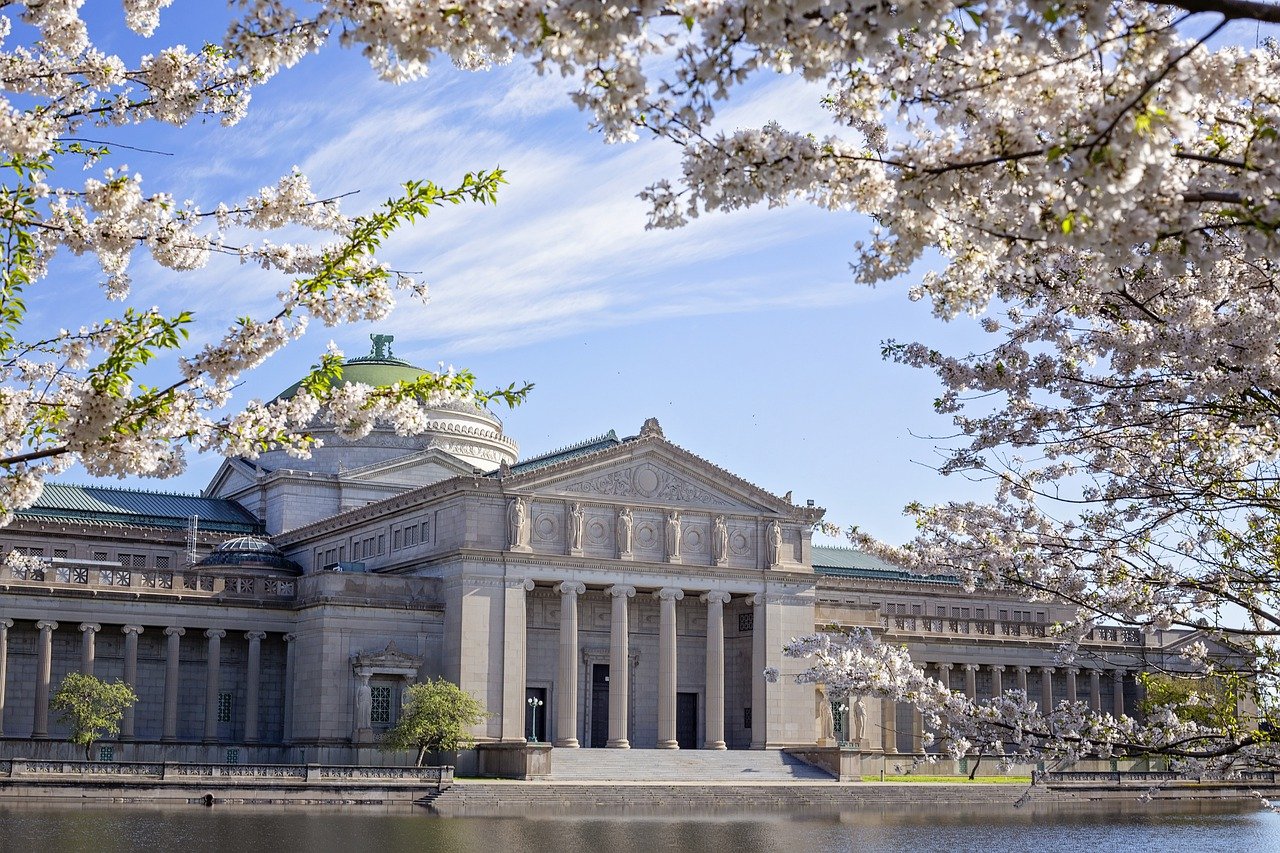 A historic American courthouse, the Metamora Courthouse is one of those landmarks that you cannot miss when in Illinois. It is one of the only two surviving courthouses where Abraham Lincoln practiced law. Today the courthouse has two floors. The first floor serves as a museum of Illinois frontier law and the local history. The second floor is restored as the county courtroom and adjacent judicial chambers for the same appearance as in the 1850s. Outside the courthouse, you will see charming bronze statues of Abraham and Mary Lincoln. Holding artifacts and items of that era, it is a great historical museum to explore. 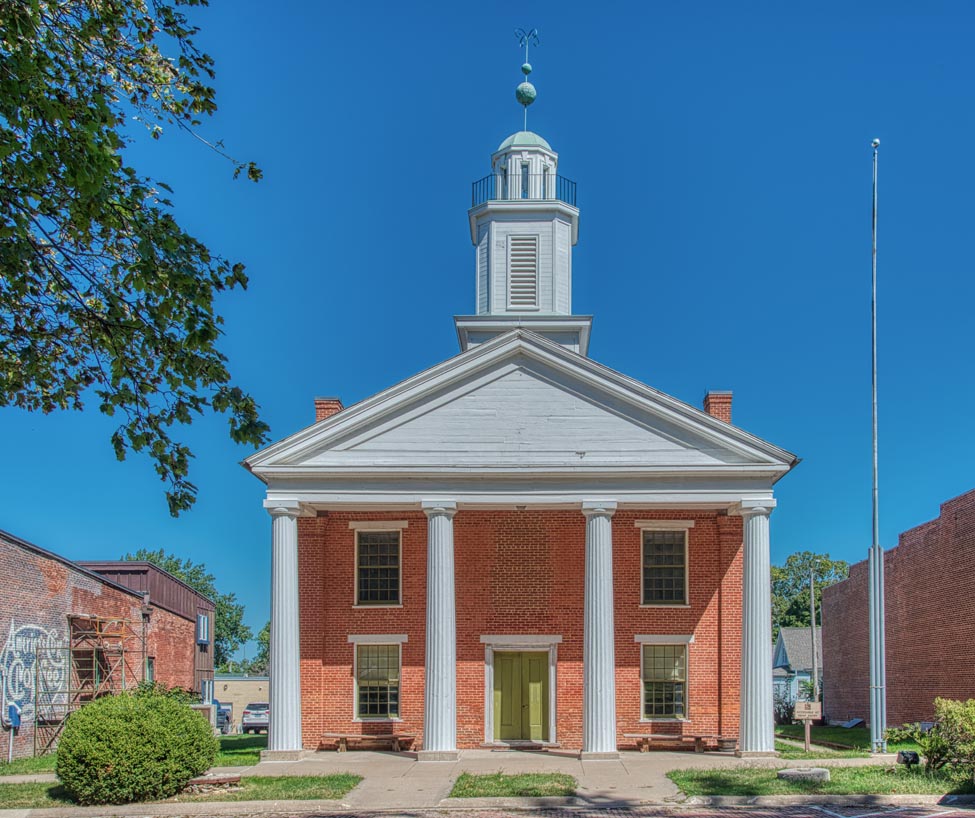 Sugar Creek Covered Bridge is an 1880 bridge and a popular historic landmark you will love visiting in Illinois. Listed in the National Register of Historic Places, this bridge was built by an early settler Thomas Black. You can reach it at the southeast of Chatham village, walk through it, and click pictures. It is the oldest of the remaining bridges and one of only five historically covered bridges in Illinois. Apart from soaking into history, most of the visitors come here for lunch picnic or spending time in peace. There’s also a stream nearby where you can brush your fishing skills. 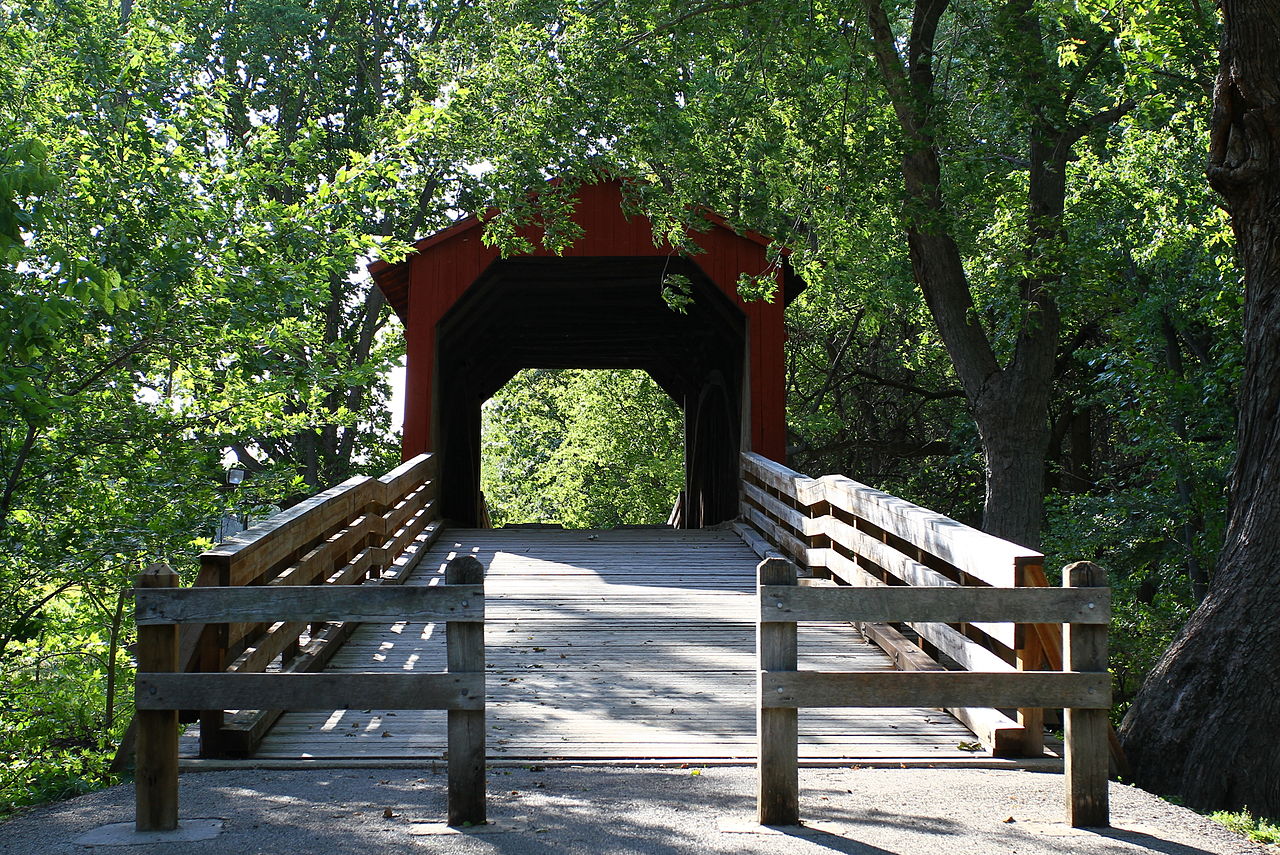 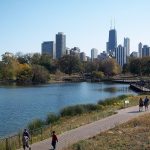 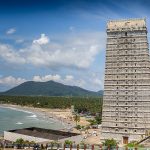 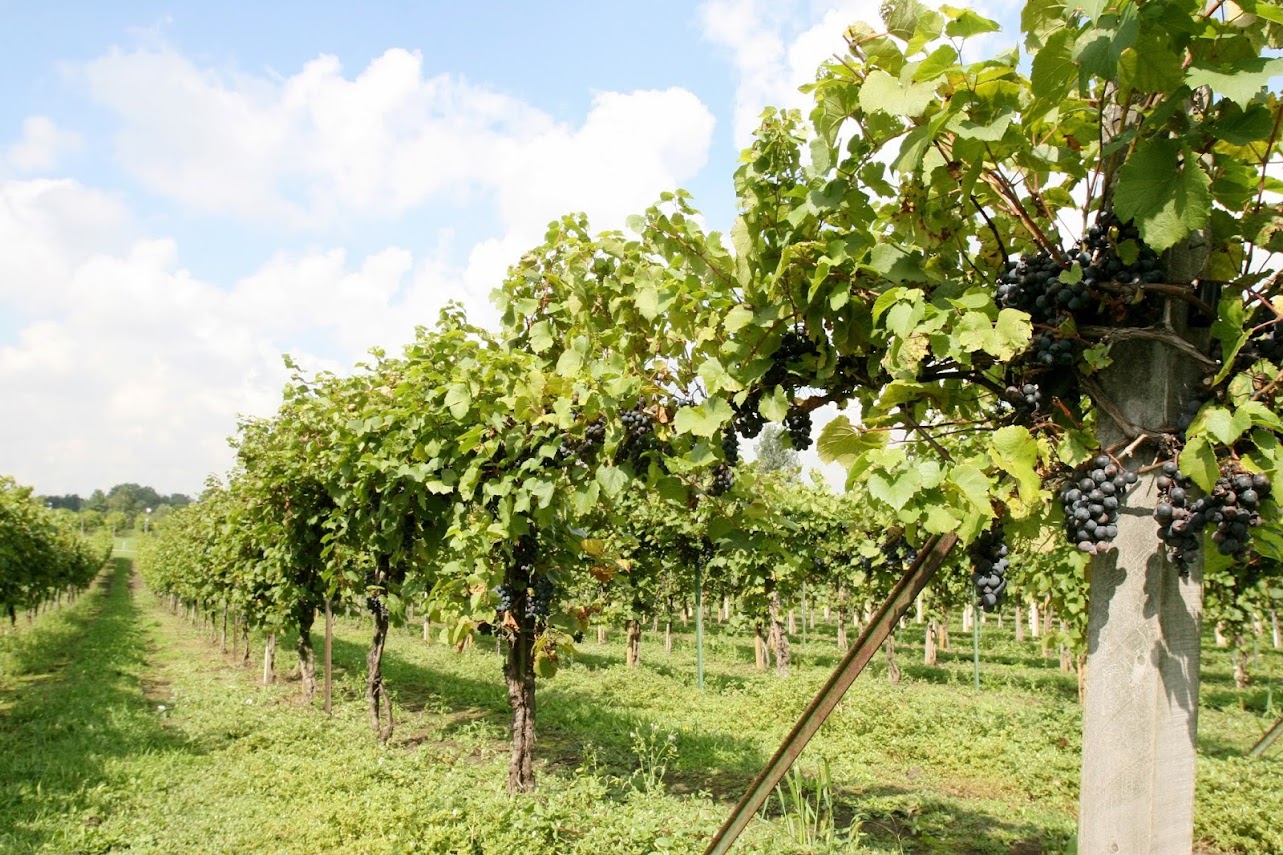 11 Popular Wineries and Vineyards to Visit in Illinois (2022) 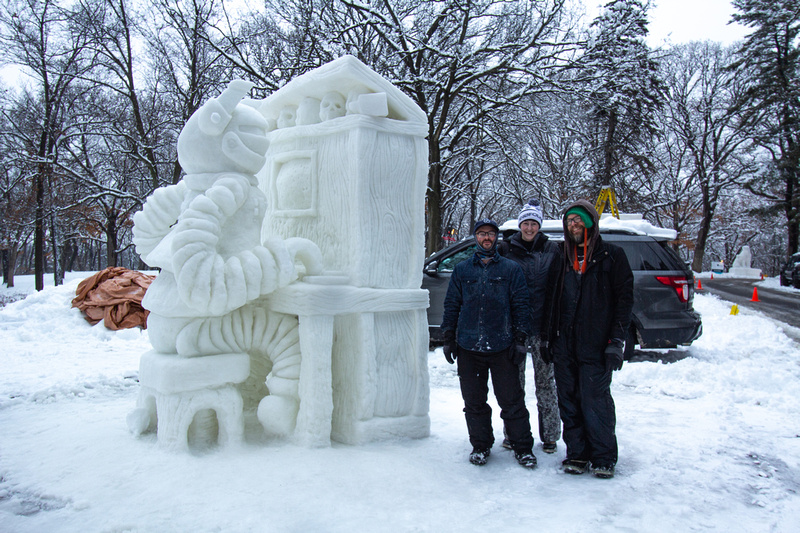 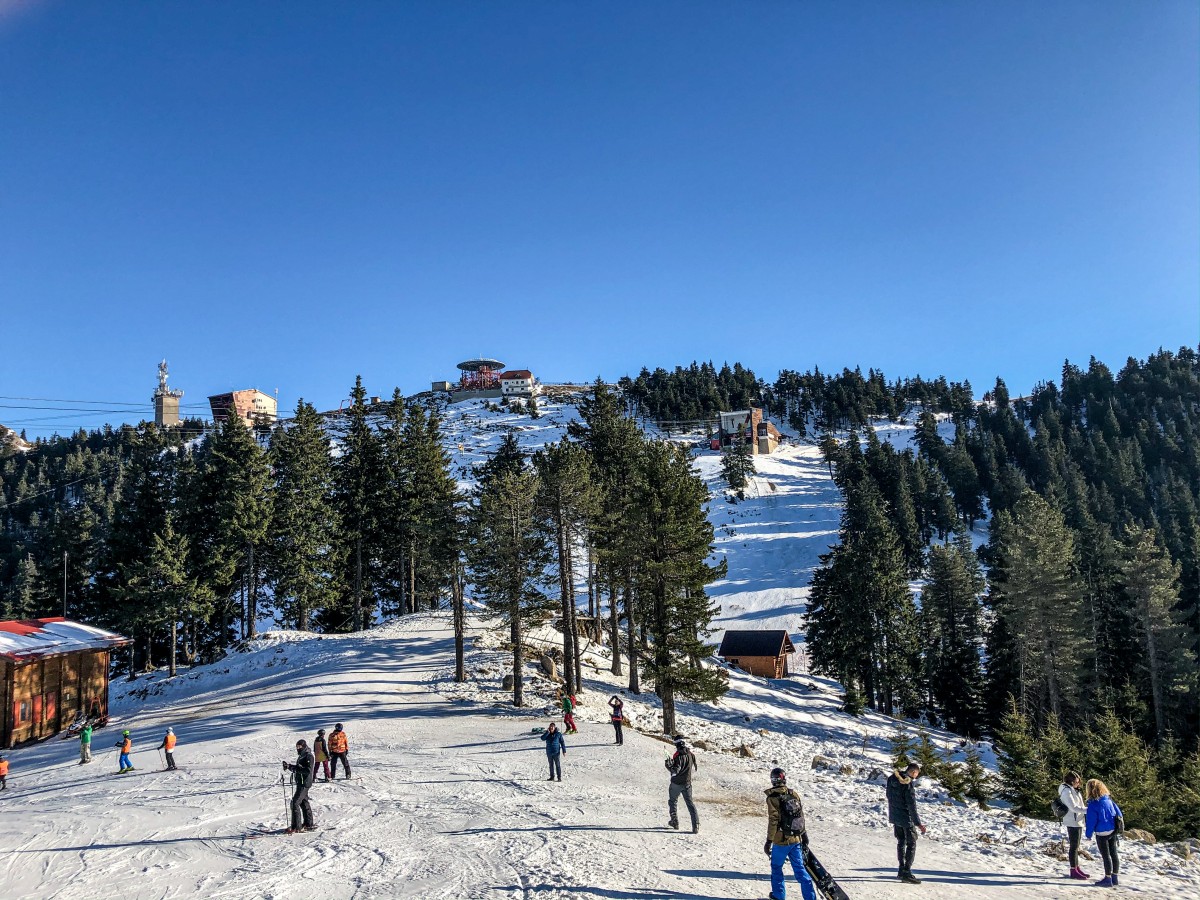