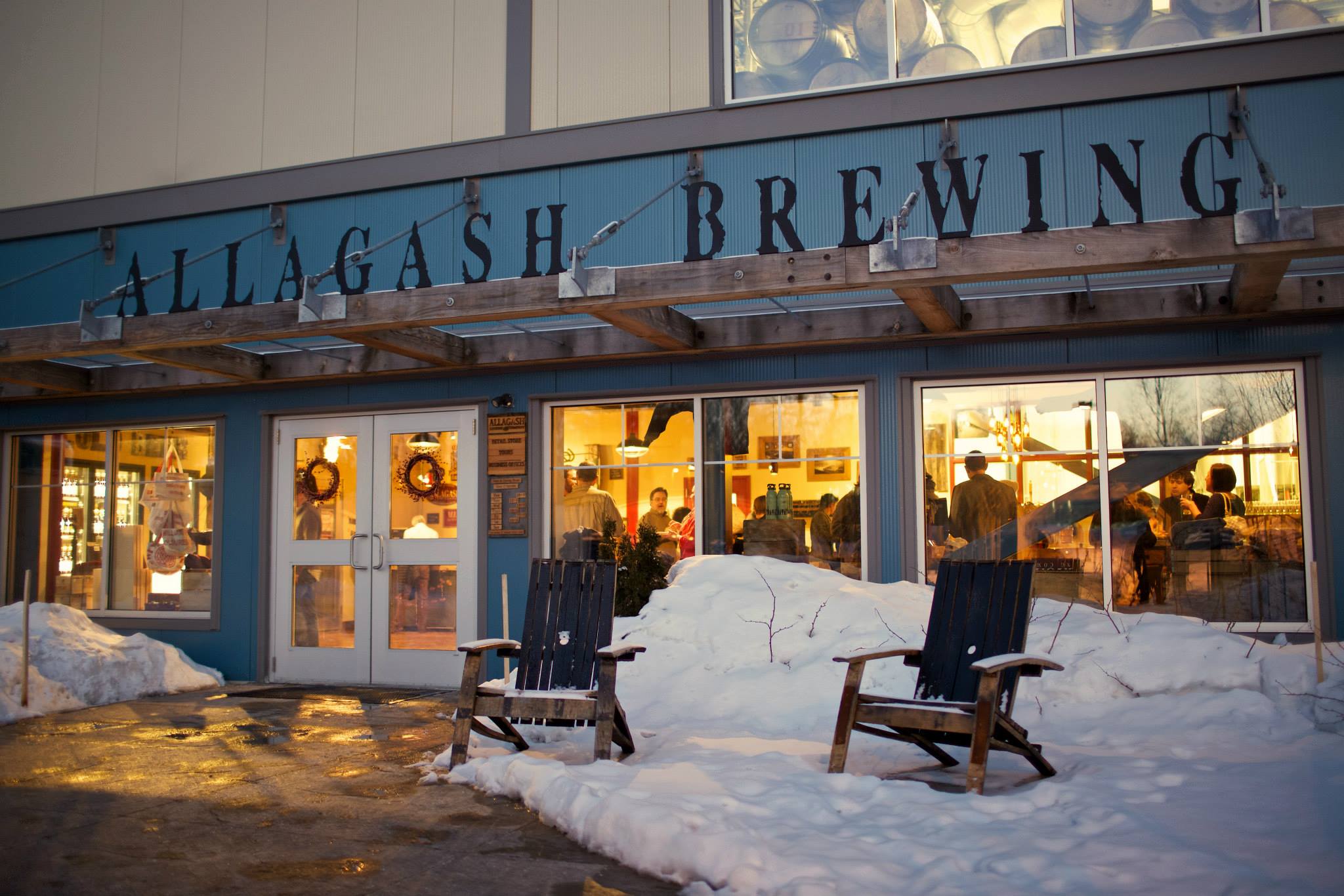 The last couple of years have proven to have enhanced Maine’s beer scene, and the Craft Breweries are experiencing surprising growth. Even when the pandemic destroyed a major of the restaurant industry, it was Maine’s breweries that never faced any downfall. Maine is one of the smallest and least densely populated U.S. states, but the number of breweries here might make you forget the same. Maine, despite its size, is surprisingly home to more than 100 craft breweries spread well across the state. Mainers take their beer quite seriously, but at the same time, they love one with simple ingredients.

Craft beers in Maine are a form of art, and every brewery here ensures that its products must be the finest. With Portland being Maine’s number 1 city for Beer scenes, it boasts some pretty darn good breweries, probably the best of the entire state. Some of them here are just too good that they might give a competition to the Craft Beer Capital of America, San Diego. Many breweries in Maine use homegrown raw materials, which also makes the beer quite affordable here. With that said, here we present you the Most Popular Craft Breweries to explore in Maine.

To ensure you don’t miss the best, make sure you go through the list until the very end. Have a look:

Atlantic Brewing Company is a hot spot for tourists and beer lovers in Bar Harbor, Maine. A few minutes outside the town, this classic Microbrewery is built where once stood the 19th-century Maine farmstead. There is still present the local stonework and beautiful grounds full of native vegetation around. The Atlantic Brewing Company is popular for producing an array of small, seasonal, and classic brews. The facility features a tasting room that operates from late May to mid-October daily. Some of the must-try beers here include Blueberry Ale, Leaf-Peeping Ale, New Guy IPA, Coal Porter, Island Ginger, and Bar Harbor Summer Ale. During the season, they also offer tasting tours as well as brewery tours. The Atlantic Brewing Company also features a beautiful outdoor beer garden that compliments its Biergarten-style tables indoors.

The Bissell Brothers Brewing Company is arguably the best brewery in Maine and New England. Bissell Brothers and their excellent beer menu have swiftly swapped, and the brewery business in Maine and have seen tremendous growth in the last decade. A visit here will introduce you to top-notch flavors and fill your belly with hoppy ales and gourmet food. Bissell Brothers operate their tasting room throughout the year, Wednesday through Sunday at Three Rivers and throughout the week at their Portland facility. Upon hitting the spot, you will come across soaring ceilings, rustic garage doors, and polished concrete floors, along with beautiful colors and graphics. To not get wrong with your beer picks, consider choosing Swish, the Substance, Bucolia, Sigil 3, Nothing Gold, Baby Genius, and Lux. They also have a pleasant snack menu that is farmed and fished locally to keep the freshness and flavors intact.

A unique craft beer destination in Maine, the Boothbay Craft Brewery & Tavern is undoubtedly a must-visit. This authentic neighborhood brewery has been operating since 2005 by a family who has always been passionate about beer. They produce fresh, handcrafted local beers and also offer guided tours of the brewhouse. A visit here allows enthusiasts to enjoy signature beers and the list of must-try here includes lack Rocks Stout, Dexter Rippa Red IPA, and flagship 633 Pale Ale. Besides beer, their taphouse also offers a mouth-watering menu of flatbreads, burgers, and Farm-to-Table wood-fired flaming skillets. The facility is also home to the Watershed Tavern, a revolutionary-style brewpub. In addition, they even have an RV resort which is best known for its facilities and hospitality.

Allagash Brewing Company is proudly Maine’s biggest craft industry. This Belgian-style brewery is located in Portland, and this oldy is now operating for over 27 years since 1995. Initially, this facility of a super savvy expert took some time to gear the speed, though, in the past decade, it went up at a high pace. Allagash has received multiple appreciations and top awards, and today it proudly flaunts its World Beer Cup. Allagash Brewing Company operates every single day in a retail store. Visitors can sample three-ounce pours of four different beers absolutely free, and once something excites them, there are multiple options to buy for. When visiting here, do try their signature brews, including Black, Tripel, Dubbel, House, Saison, White, and the excellence named CURIEUX, which is a Belgian Tripel aged in bourbon barrels for seven weeks. For pairing alone, they also have grilled cheese, lobster, pretzels, burgers, whoopee pies, etc., on their snack menu.

Operating at two locations, one in Portland and one in Kittery, the Definitive Brewing Company, is another Beer wonder of Maine. The last half-decade has been the biggest contributor to its growth, making it a favorite in both towns. Definitive is popular for a dozen of home-produced beer varieties despite it being relatively new to Maine’s beer industry. Some of the must-tries from their go-to beer menu include the Portals, Contee, Vanilla Superdome, and Entity. Citrus Raindrops, a refreshing session redolent of blood orange and lime, and Double Stuffed, the smooth milk stout made out of chocolate cookies, is what no beer enthusiast can say no to. Though they do not serve full meals for pairing with beer but delights like pesto potato, chips, nuts, pretzels, and hummus are there to go with them. Definitive Brewing Company has both an indoor tasting room and an outdoor patio that can host a large crowd.

The SoMe Brewing Company LLC is a popular snack and beverage stop in southern York County. It is, in fact, the first Microbrewery in the region and is owned and operated by local beer experts. The name SoMe are short for Southern Maine, and similarly, like their name, the brewery is creative with its craft as well. They are known for producing beers, hard ciders, and wines. From growler fills to-go and drinks in cans, the options are enough for one’s comfort. Their small 30 to 35 people tasting room operates Monday through Sunday, and the owning team of father-son due ensures great hospitality for all. The beers here are excellent, but that’s not alone since the names like Whoopie Pie Stout, Crystal Persuasion IPA, Box the Compass, and Sweet Solstice ale adds up for brightness and excitement.

Another popular brewery in Maine, Marsh Island Brewing, is located on 2nd Main Street, Orono. This family-owned and operated business have been flourishing since 2015, and Downrigger IPA, a tonic fermented in a three-barrel system, was the first in-house service. Owned by Jim and Alice Swett and son Marsh Island Brewing soon saw the growing demand and brought a living brewery to life. Starting with two seven-barrel systems and a canning machine, the Brewing company today produces and presents multiple pour sizes of eight different beers. Marsh Island Brewing facility features a tasting room that operates Monday through Sunday. What’s impressive is the fact that the tasting room overlooks the brewery floor, and sitting here, visitors can get a view of the brewery’s working systems. They, though, do not have a restaurant but enough snacks to pair with the drink. During winter, their campfire and beer combination is another level of excellence.

Operating as a passion project since 2013, the Gneiss Brewing Company is another addition to the Best Breweries in Maine. This off-beaten brewery is located in the foothills of the White Mountains, deep in the woods of rural Limerick, and that is what makes it extremely special. Despite its rural location, this rustic brewery is all worth driving, stopping, and spending time at. When here, consider trying their German-style ales and wheat beers, especially the American wheat IPA, Tectonic Tomahawk, and the signature flagship Gneiss Weiss. The owners follow respect German heritage and follow the age-old tradition of brewing, and that’s always reflected in their beer production. Their tasting room deals in small and large growlers, tasting samples, limited bottle releases of unusual offerings, and many commercial products. For a great atmosphere and incredible craft beer, this is a must-visit place in Maine. 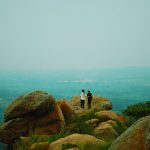 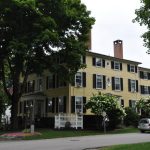 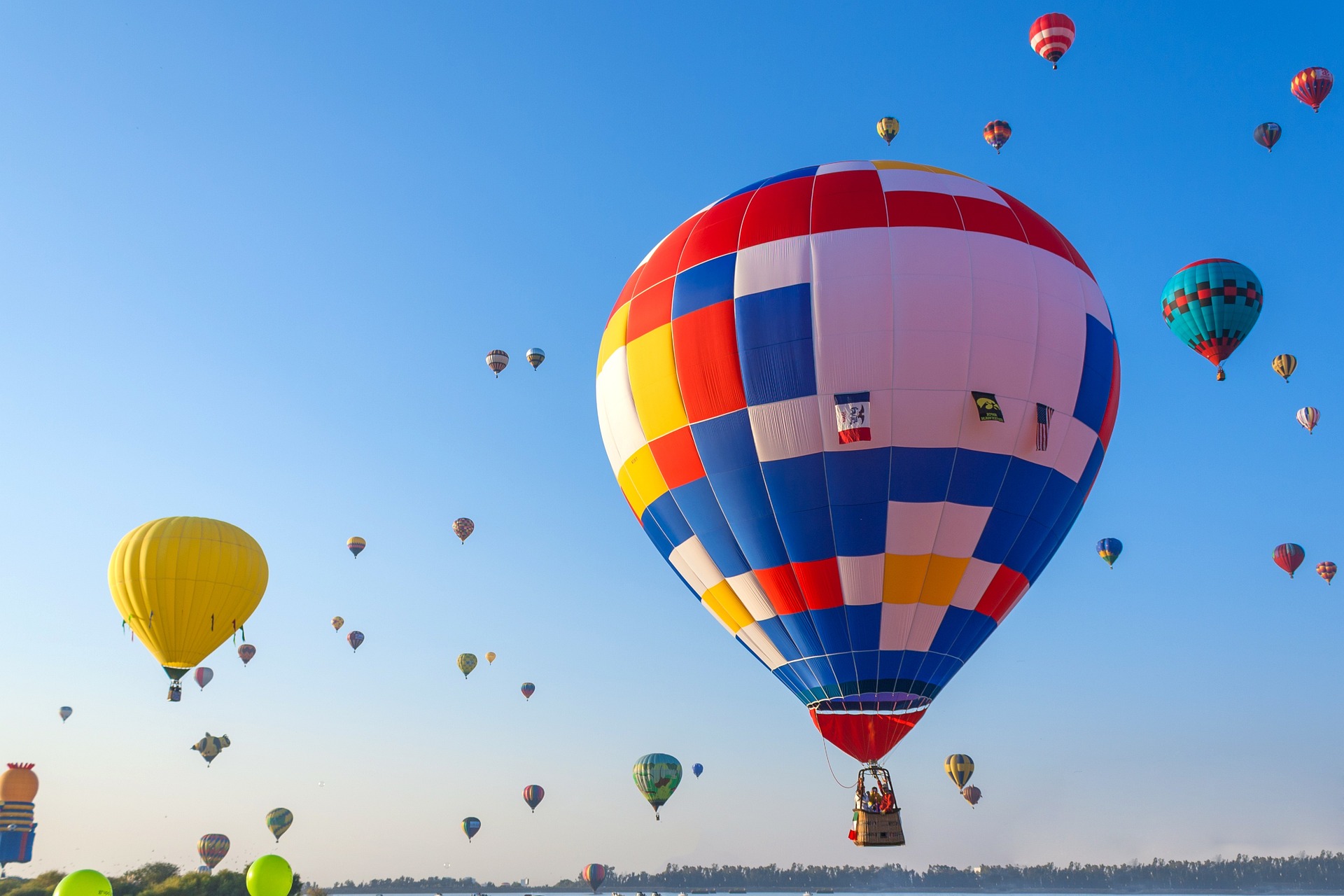 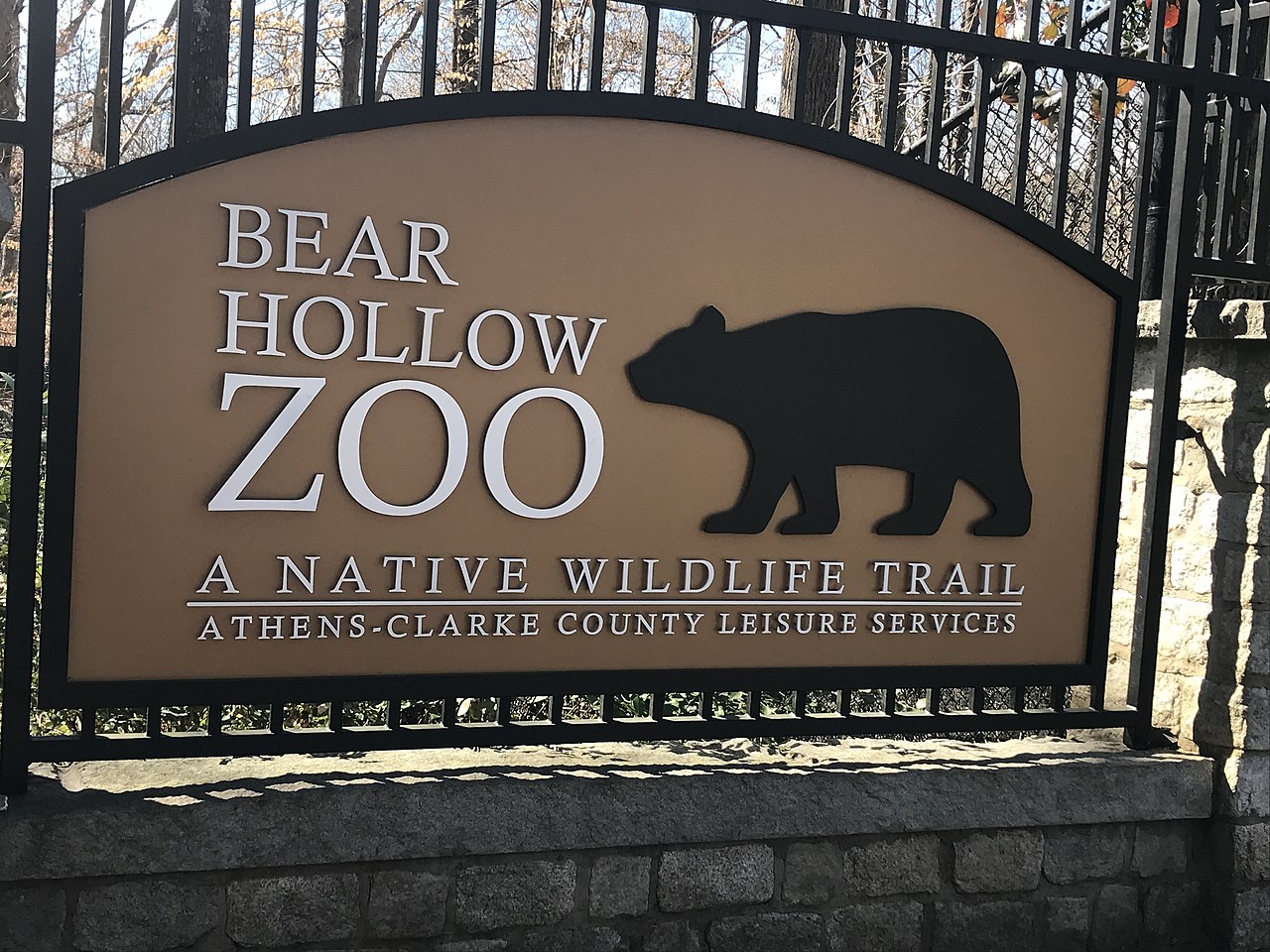 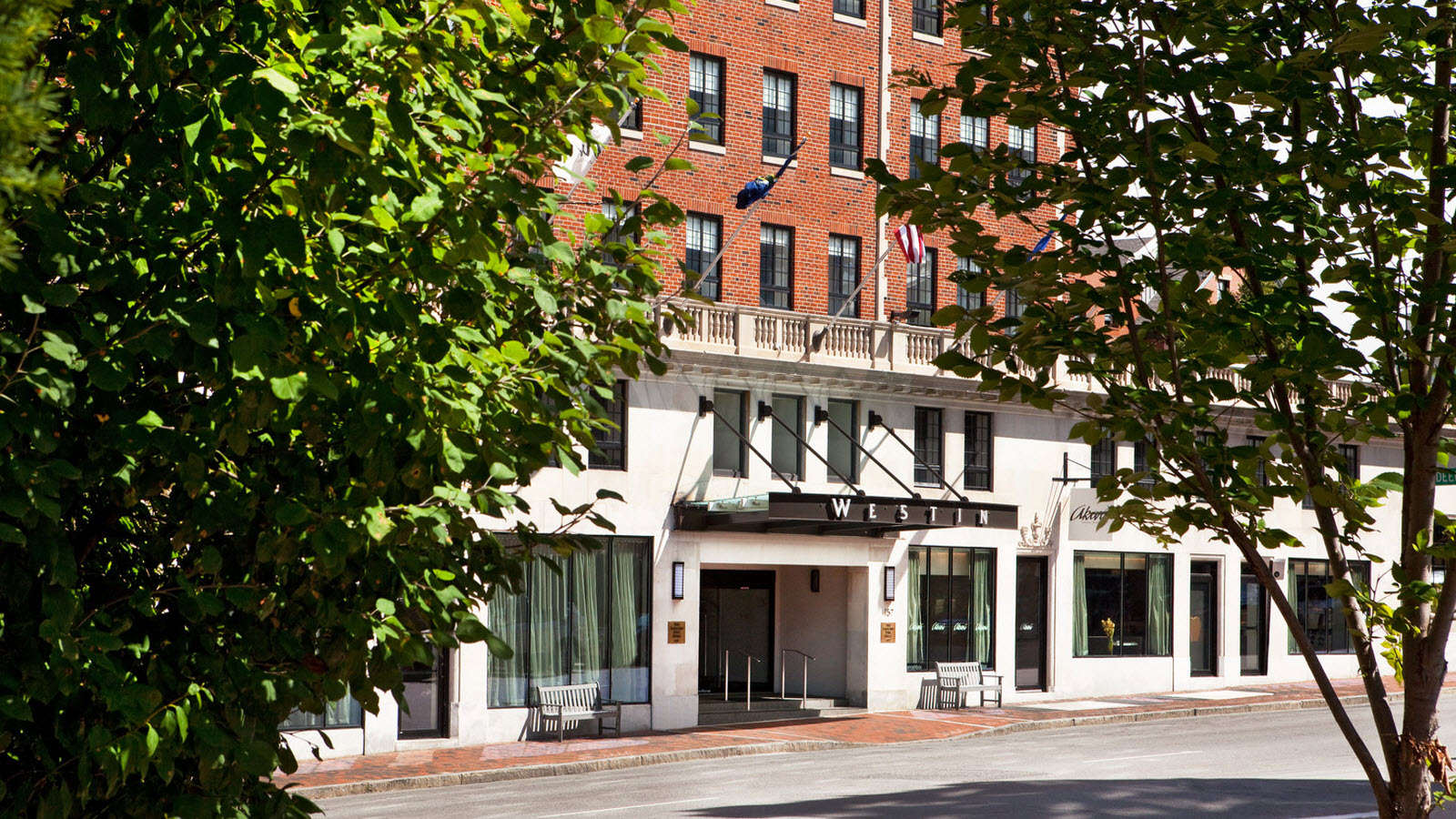