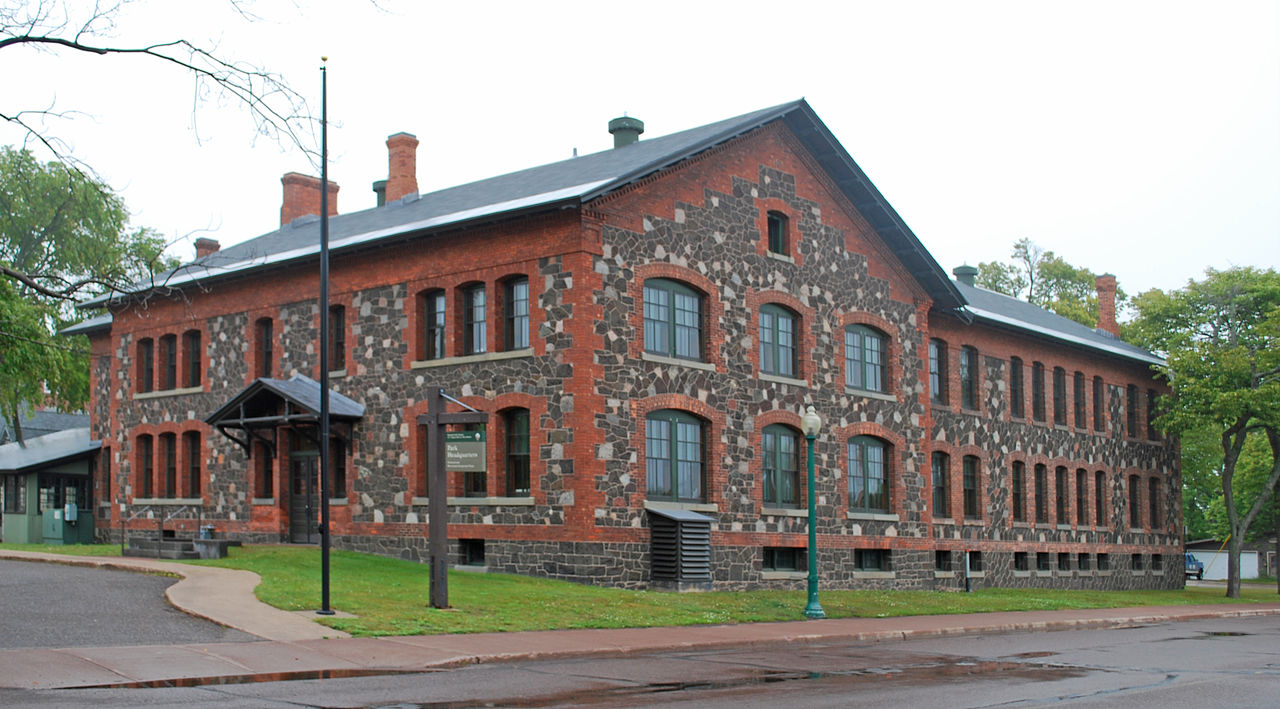 National Parks are definitely one of the bucket lists experiences that store vacationing and sight-seeing opportunities for travellers of all ages and interests. Visiting a National Park always takes us close to fun, excitement, amusement, and overwhelming experiences. The State of Michigan is dominated by an unending wealth of waterways and is vividly known for the same. However, the glory it hides within it is that of abundance of wildlife and forest in the form of its National Parks.

Michigan is home to some exciting and rejuvenating national parks that either hold historical significance or are an example of the new age human-made marvellous. America preserves a heritage of wilderness in the name of numerous National parks from some of which lie in the city of Michigan. Here is the list of the top 5 National Parks in Michigan that will fill you with even more adventure and excitement you are looking forward to.

There are as Follows:

The Keweenaw National Historical Park comprises incredible lakeside and mountains alongside holding region’s copper mining history. As believed, the natives mined here about 7,000 years ago at those times when copper was not involved in melting but was cold-hammered. The Keweenaw native used to mine copper for making tools and trade purposes; however, the mineral rush and thriving industry took speed here in the 1800s. The entire site of this historical national park is spread over 1,700 acres with 21 heritage sites including Museums, Heritage centres, historical societies, copper mines & underground mines, State parks, university archives & historical archives, a theatre and a lot more. It is also home to the world’s largest steam-powered hoist engine and some extant and operational lighthouses from the 19th century.

The Keweenaw National Historical Park takes you towards educational and learning experiences and have something or other to offer in all the seasons, throughout the year. It is not the regular National Park, and one must not miss it when in the city. It is located in north-western Michigan, around 200 miles east of Duluth, Minnesota. The site operates from Sunrise to Sunsets and has no entry fee. However, some museums or other heritage sites within the National park might charge a fee or accept donations.

With over 166 miles of hiking trails, 200 mini-island archipelagos, one huge island (Isle Royale, the largest in Lake Superior), and Flora and Fauna’s abundance is what the Isle Royale National Park offers to the visitors. The park is spread over an area of 894 square miles constituting both land and water regions. Due to it being located into an isolated region and time-consuming journey, the National park has the least number of visitors in the entire conterminous United States. However, the location is not worth a miss and is one of the Best National Parks to visit in Michigan. Resulting of isolation, it is home to America’s true wilderness, raw landscapes and magnificent sights that one cannot miss. 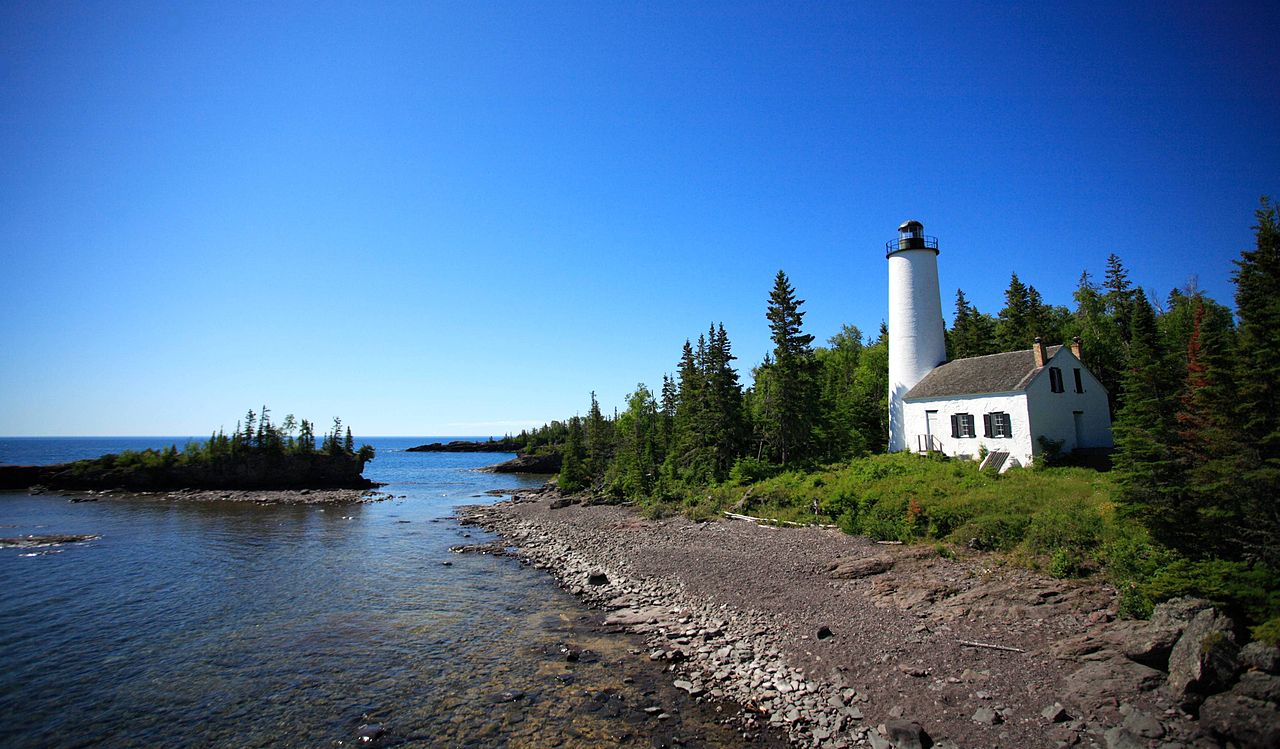 The Isle Royale National Park is not accessible via road but only ferries, seaplanes, passenger ships. It is an ideal site for backpackers with 36 designated wilderness campgrounds, of which some are only accessible through kayak, canoe, or trail. All campgrounds have pit toilets, fire-rings, and picnic tables; however, campfires are only limited to a few campgrounds. Exploring around the trials, visitors can go through lush green forests, local vegetation, numerous plant species and an abundance of wildlife every hour. The National Park is only open from 15 April to 31 October annually.

One of the most visited National Parks in Michigan is the Sleeping Bear Dunes National Lakeshore. It is spread over 35 miles long stretch and can take you back to both human and geologic times in a realistic and mesmerizing way. The site is home to beaches, forests, lakes, a small village, farmsteads, miles of trails, bucolic barns, dramatic dunes, and two small islands. It is open year-round and offers several opportunities, including biking, hiking, camping, climbing to 400-foot-high dunes, picnicking, fishing, paragliding, hand gliding, and much more. It is also the most popular camping site in the entire Michigan city. 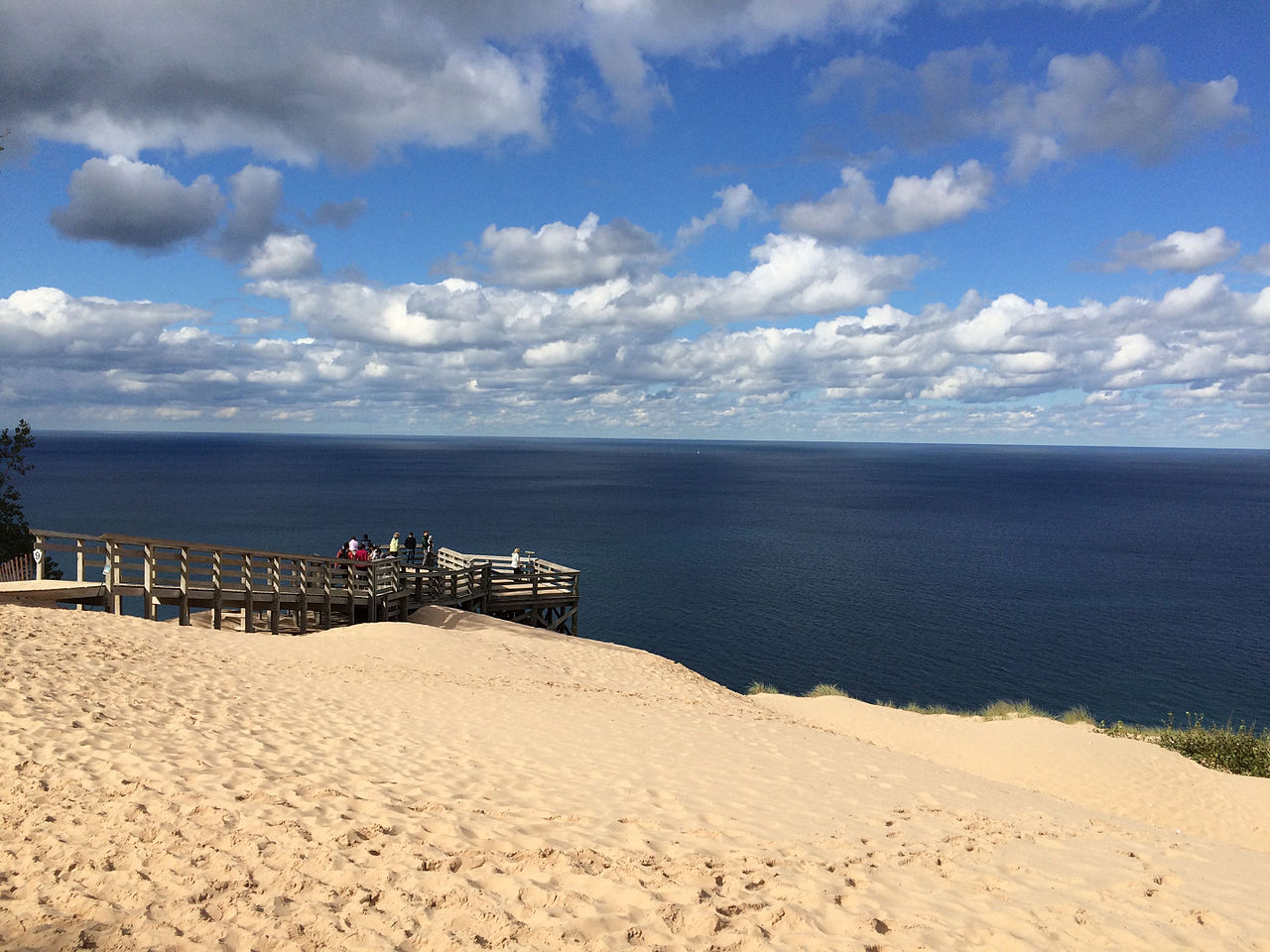 The Sleeping Bear Dunes National Lakeshore is also known for housing the largest moving dune on earth that will leave your awestruck and amazed while you view it. Due to light to heavy snowfall, it is also famous for skiing during winters. When done with exploring all the present and intact sights, one can just lay down and look upon the mesmerizing sunset views when the sky is filled with shades of orange, purple, yellow and pink or the timeless and clear stary nights in the lap of calm and soothing surroundings.

A decade old (established in 2010) National Park that commemorates and preserves the January 1813 battle (From the war of 1812), the Battle of Frenchtown which was one of the most significant losses for any Americans’ wars. The site is listed amongst Historic sites of Michigan and is known to be the only National battlefields marking the 1812 war. Today, the National Park is filled with lush greens, historical exhibits and demonstrations, interpretive walking and biking trails, and an abundance of living war history. River Raisin National Battlefield Park in Michiganis an ideal place to visit for the history enthusiast. 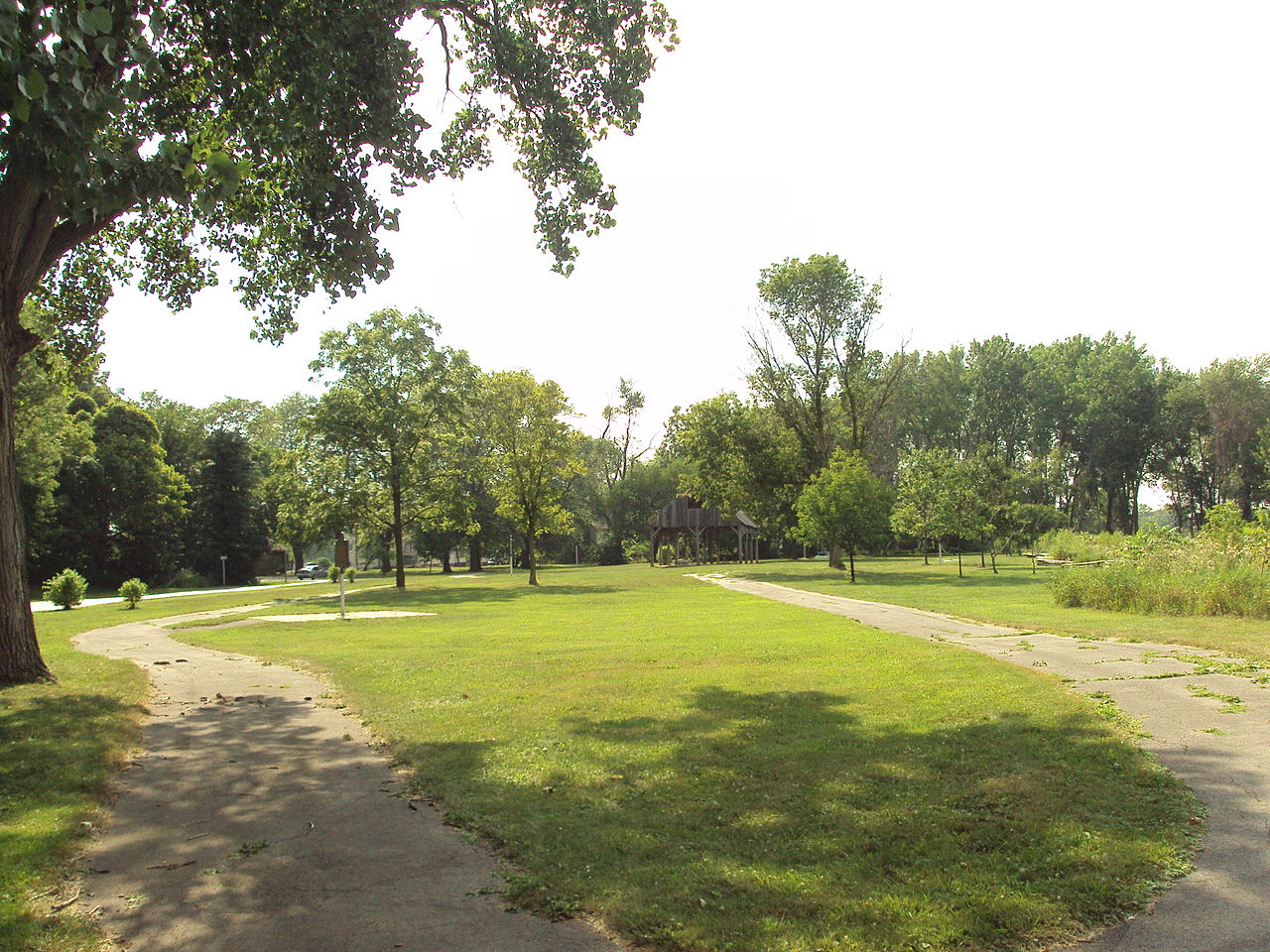 When here, make sure you explore the Visitor’s centre museum that exhibits artifacts, a collection of original military firearms and accoutrements, a 14-minute fibre optic map presentation, and handcrafted miniatures depicting scenes from the battles of Lake Erie and the river raisin. The Visitor’s centre museum is divided into the east wing, west wing and the main gallery. Moreover, take a walk down the park premises and listen to the chirping bird sounds for soothing mind and soul.

For visitors who have a keen interest in exploring the true marvel of nature, the Pictured Rocks National Lakeshore Park is an ideal destination to visit in Michigan. The park region covers 73,236 acres of land and 42 miles along the shoreline with an extensive view of dunes, waterfalls, colourful sandstone cliffs, shallow caves, and emerald green water with unending sea views. The Miners Castle, the Grand Sable Dunes, and 12 Mile Beach are the locations within site accessible via road, whereas the rest of the shoreline can be reached and explored only through hiking. The lakeshore is also accessible via boats and sea kayaks; however, the water here is dangerous and cold; thus must only step upon with proper equipment and measures. 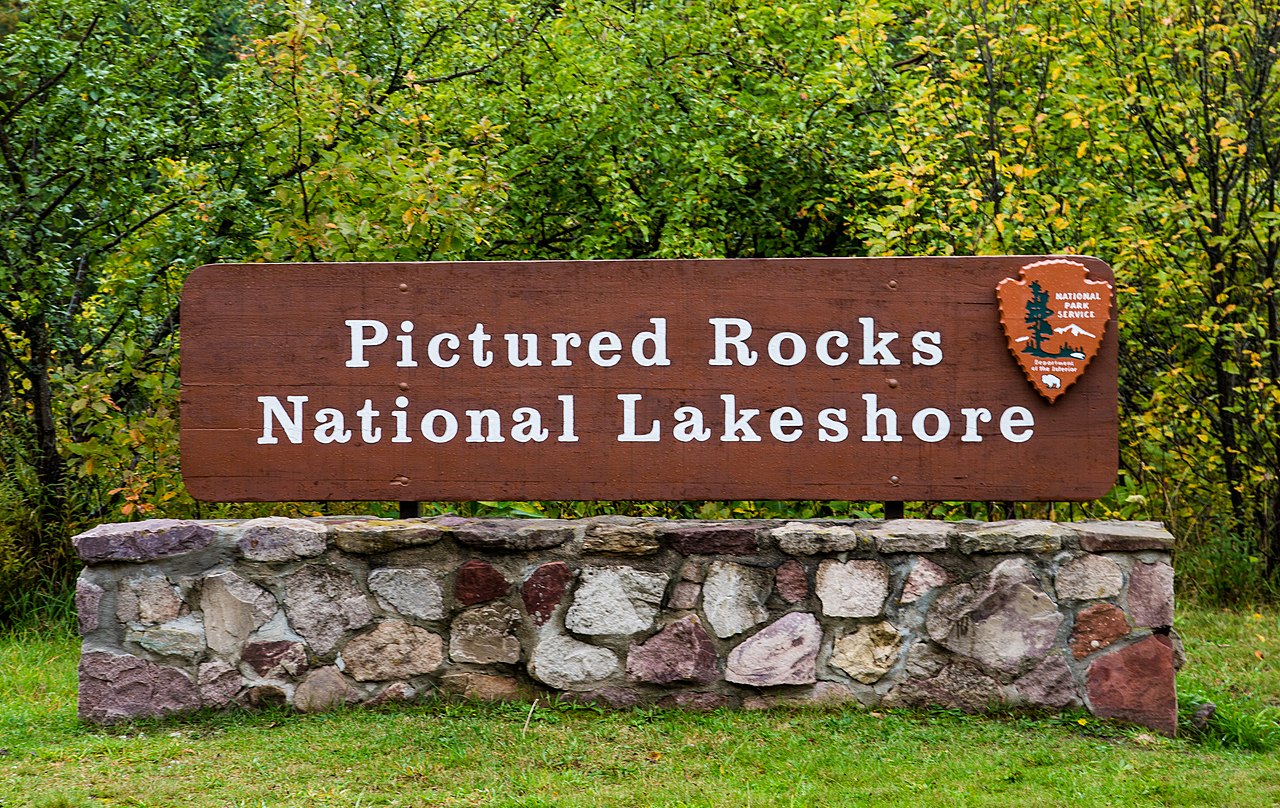 This National Lakeshore is also home to numerous Michigan’s waterfalls, including the Spray Falls, mosquito falls, miners fall, Bridalveil falls, Sable falls, and minishing falls. The site also offers various recreational opportunities around the year, which is one of the main reasons for attracting significant visitors throughout. One can indulge in multiple opportunities, including scuba diving, sea kayaking, boating, fishing, and backcountry camping. Pictured Rocks also experiences one of the country’s highest snowfalls, which makes it ideal for winter adventures like ice-climbing, cross-country skiing, and snowmobiling.

These were some of the Must-Visit National Parks in Michigan. Michigan is one of those States that can be visited all around the year and never get bored. Where some of the National Parks are closed during winters, the others offer snow adventures and activities. The only time to avoid visiting these sites is during the rainy seasons, especially in the month of June.

While visiting National parks, make sure you soak yourself well in sunscreen and insect repellent. Further, all of the above-mentioned National parks are best explored on foot; thus, consider wearing some comfortable footwear. 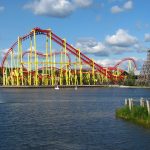 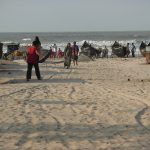 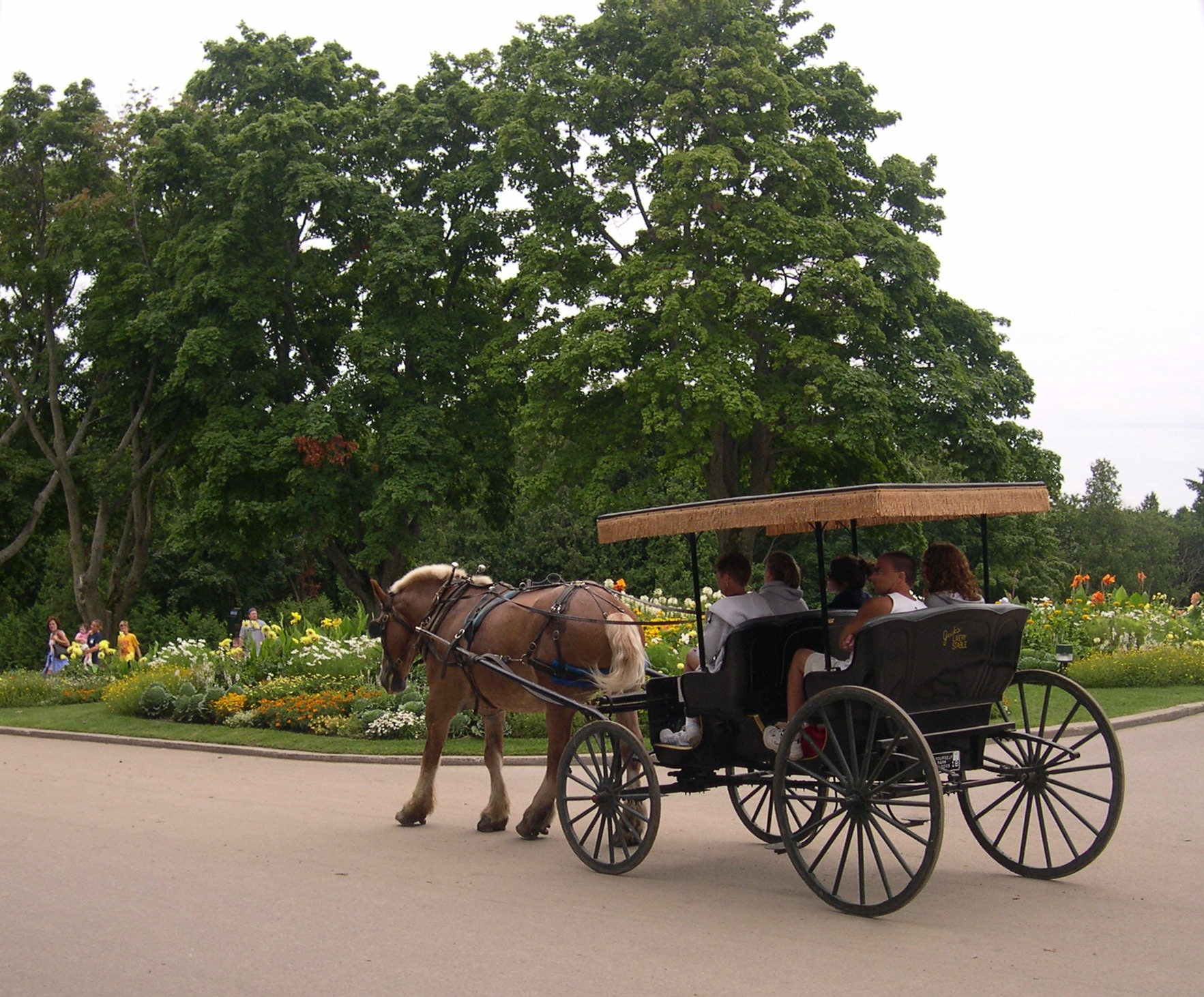 What Are The Best Outdoor Activities In Mackinac Island? (2022) 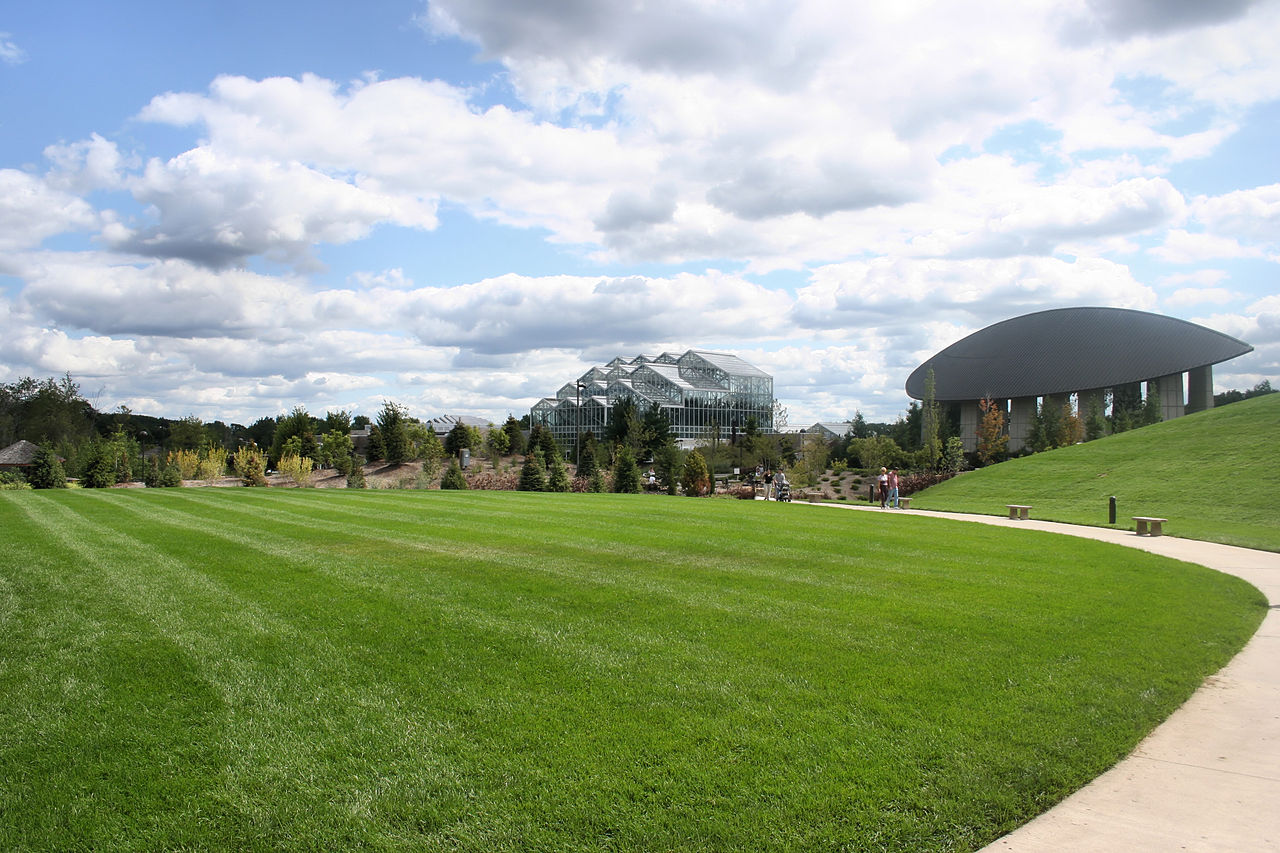 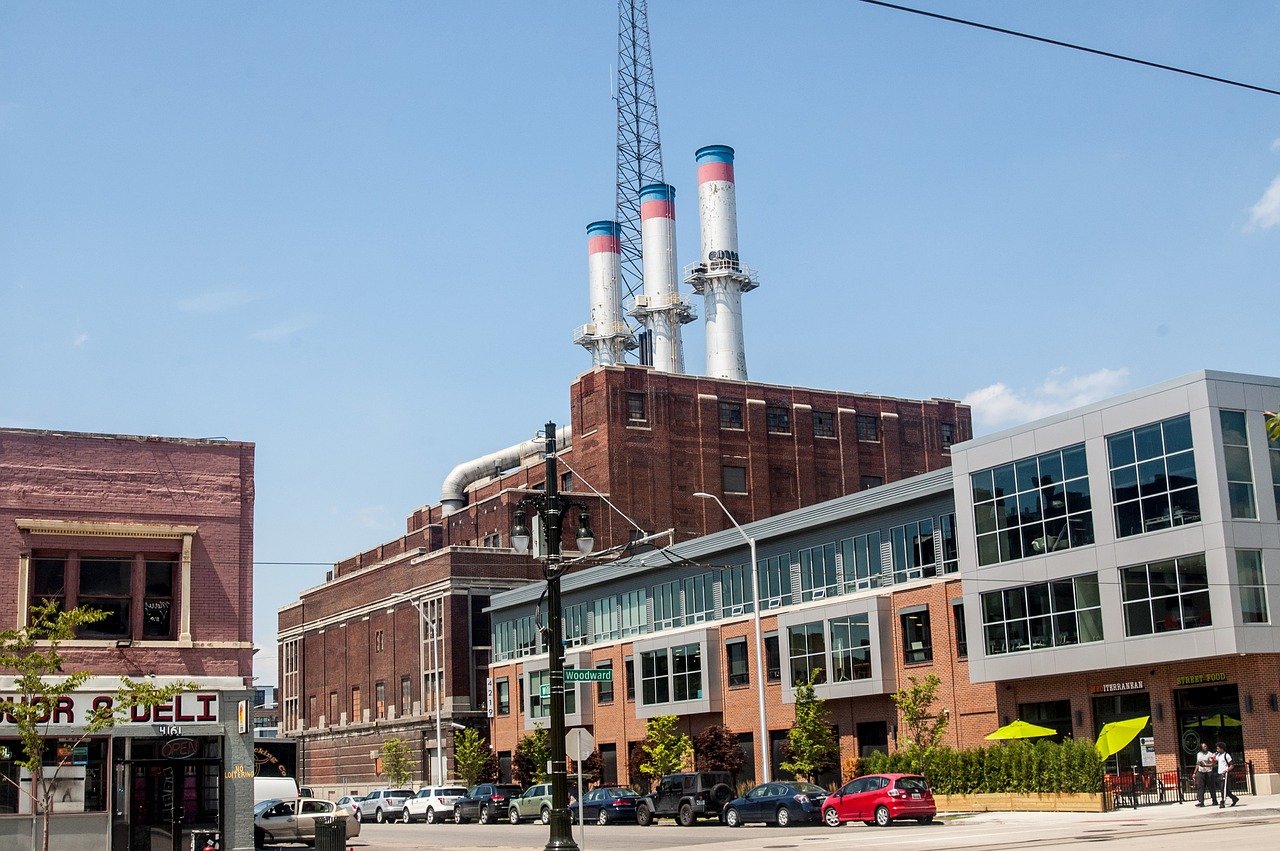 Best Areas and Hotels to Stay in Detroit (2022)