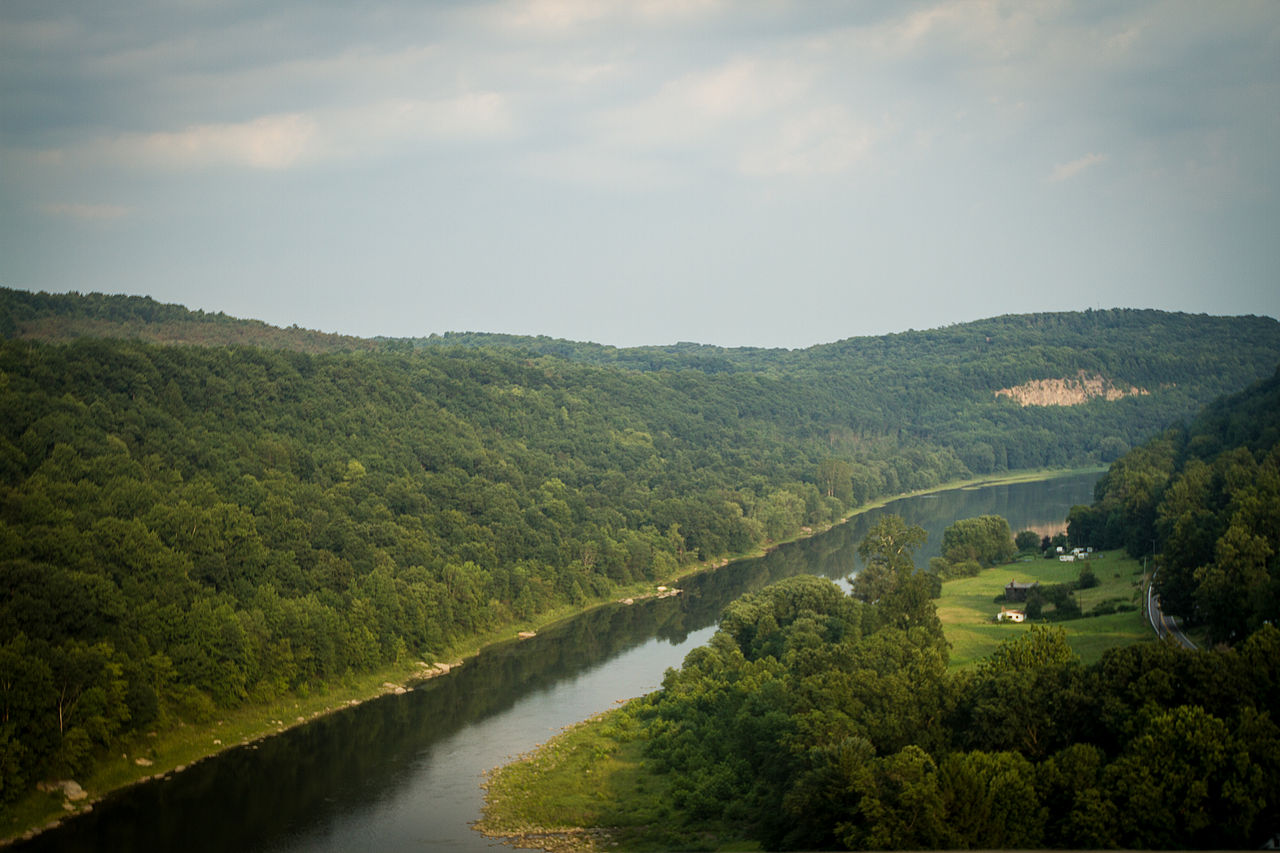 9 Unique Islands To Explore When In Pennsylvania (2023)

The beauty of Nature has no end, and one of the best examples to that is the “Islands in Pennsylvania.” The Keystone State is home to geographical and cultural diversity, and the islands of the State are one of the fantastic reasons to plan a chilling vacation here. The Pennsylvanian islands aren’t created like the regular ones you would find somewhere else; thus, the experience here too will change to a little dramatic yet enjoyable.

The State of Pennsylvania is home to several River islands with clean and serene water. You might not find cabanas or palm trees lined around, but luxuriant jungles, lush wildlife and velvety peaks will fulfill for it all. If you are ready to explore the Pennsylvanian topography a little more, then make sure you go through our article till the end.

9 Unique Islands To Explore When In Pennsylvania

Here is the list of the 9 Most Popular and Unique islands to explore when in Pennsylvania. Have a look:

Venice Island is a fun place to explore and is far different from what the regular western islands are. It is located in the Manayunk neighborhood of Philadelphia and is created by the Schuylkill River and the Schuylkill Canal. Venice Island was a mill back in the 19th century; however, today, it is completely transformed into a dazzling community space and stormwater management site. Today it is home to Venice Island Performing Arts and Recreation Centre, which features a multiuse recreational facility, outdoor basketball, and volleyball courts, 250 seat capacity theatre, Spray Park for kids, along with a multimillion-gallon storage basin for storing the stormwater.

Venice Island today is one of the popular entertainment venues in Manayunk, and reaching here does not require traveling afar from the city of Philadelphia. Though before heading to the site, make sure you check for the performances and events with the official website.

Wade Island, though is a small island but a huge and extremely important nesting community in Pennsylvania. It is the sole population area for nesting great egrets, which is marked as one of the endangered waterfowl species. It is also the largest black-crowned night heron rookery in Pennsylvania. Considering the usage of the island, recreational activities aren’t promoted here, but visitors can still kayak, canoe, or paddle around its perimeter and observe these beautiful and rare water beauties.

Wade Island is one of the prime spots for Bird enthusiasts and wildlife photographers, though as it is a protected area, one has to behave extremely calmly and cautiously here. While floating around wade, you can also spot deer, beavers, and several other small human-friendly animals.

McCormick Island is a huge 100 acres island formed over the Susquehanna River in Pennsylvania. It is extremely close to Wade Island, a multi-species nesting spot, and can be seen from several places in Harrisburg. McCormick was originally made up of layered flood deposits that were laid down for several hundred years and today is one of the prominent spots for tourism and bird watching activities. It is a seasonal home to thousands of migrant waterfowls, and in the breeding season, it represents the highest concentration of wading birds in Pennsylvania.

Sheets Island archipelago is a series of multiple islands formed in the Susquehanna River near Harrisburg. This group of islands comprises 3,675 acres and is open for public exploration. It is the site of the largest egret colonies in Pennsylvania, and as similar to Wade and McCormick, the archipelago is an absolute delight for bird watchers and researchers. All the small islands here basically work as a major migration corridor for waterbirds, and if you are here during the migration season, the views around will leave you amazed and excited at the same time.

Apart from birds and waterfowls, some of the rare plant species you can spot at the Sheets Island archipelago include Flat-leaved Pondweed, Umbrella Magnolia, Blue-eyed Grass, Aster-like Boltonia, Umbrella Flat sedge. In addition to birds and plants, the archipelago is also home to Midget Snaketail Dragonfly, River Otter, and Frosted Effin.

The Allegheny River Islands Wilderness is home to a series of 7 islands, namely Crull’s Island, Thompson’s Island, R. Thompson’s Island, Courson Island, King’s Islands, Baker Islands, and the No-Name Island. All these islands can be reached in the Allegheny National Forest and are undoubtedly the best islands to explore in Pennsylvania. Most of them are old-growth river bottom forests and wetlands habitats, and like any other island in Pennsylvania, each one of them is a prominent bird-watching spot.

Amongst all the King’s Island is one of the most accessible, and here you can find abandoned oil wells and a huge old-growth and virgin river bottom forest. Crull’s is the largest amongst the seven and is known for its alluvial deposit and camping facilities. However, considering it is a protected region, one must not leave any traces back. Further, Thompson’s Island is the only American Revolutionary War battle in the Northwest of Pennsylvania. The remaining four are either destroyed by storms or highly secluded but accessing them through kayaks and canoes is still possible.

Presque Isle isn’t a real island today, but back in 1844, it used to a permanent and most famous island of Pennsylvania. Currently, it is a Lake Erie peninsula connected with the Millcreek Township’s mainland and is a hub for activities and recreation. In all terms, Presque Isle is one of the most unique and cool islands in Pennsylvania, and every single visit here will bring out new fun and entertainment to your trip.

Here you can explore some magnificent beaches, inland trails, lagoons and indulge in several fun activities. From water skiing to scuba diving, kayaking, boating, surf swimming, fishing, and whatnot, there is an abundance of recreational and water sports options to explore here. Make sure you do not miss the Friday night concert and chance to picnic at this amazing location.

One of the most beautiful islands in Pennsylvania, the City Island is the jewel amongst all the entries on the list. It is a popular daytime recreational spot in Harrisburg, mainly for leisure and sports activities. City Island is 1 mile long, and no matter what age you are or interest you carry, it indeed is a go-to place when you are in the capital city. Its walkable accessibility from the downtown area makes it easier to access, and believe us, the beautiful city views from the island are absolutely jaw-dropping.

When at City Island, you can indulge in various water sports like paddlewheel riverboating and swimming. However, what holds the charm here are the ground recreations like horse-drawn carriage rides, batting cages, beach facilities, miniature golf, evening concerts and events, and arcade games. Though if you are seeking some peaceful time, the grassy parks and refreshing river breezes will make your day.

Neville Island is a huge island formed in the Ohio River, and the unique feature here is that it holds an entire township on its own. Don’t be surprised if after reaching Neville Island you will find a small town and a considerable population having their time of life. Earlier in the 19th century, the island was covered mostly with gardens though today, you can find residential, small industrial, and considerable tourism domination as well.

A quick 15 minutes’ drive away from Pittsburgh, Neville Island in Pennsylvania is an ideal destination for a quick daytime getaway. There’s an Island Sports Centre where one can get into golf course & range, sports facilities and inline & ice-skating rinks.

Currently, it is one naturally beautiful site featuring freshwater tidal wetlands, a beach, and a scrub forest area. Here you can find several common and rare bird & animal species which else way are difficult to find in other parts of the State. Hiking, biking, wildlife watching, and photography are some of the popular activities here at Little Tinicum Island. 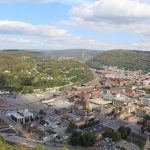 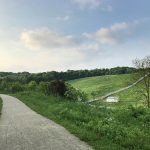 11 Best Hikes to Experience in Pennsylvania (2023) Next