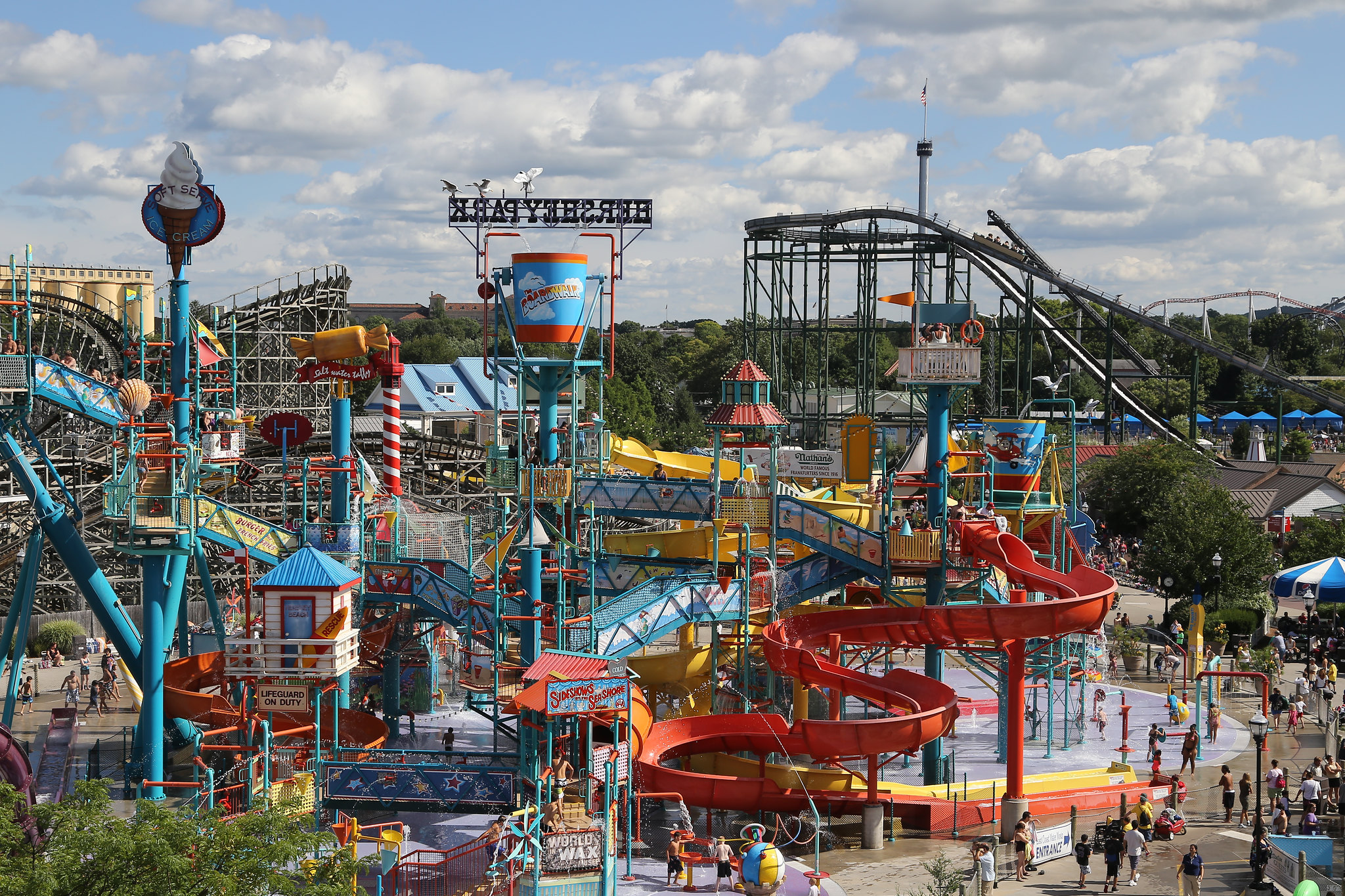 Visit Pennsylvania: 10 Amazing Attractions in Pennsylvania For a Memorable Vacation (2022)

Pennsylvania is known as Keystone State as it plays a role in building the foundations of the United States of America. Here the declaration of Independence, the U.S. Constitution, and the Gettysburg Address were written. Pennsylvania has many historic landmarks and attractions such as Liberty Bell in Philadelphia, Gettysburg battle sites, and Valley Forge. Pennsylvania state is also known as the Quaker State for the religion of the state’s namesake. The place has a unique culture of the Amish, which attracts a lot of visitors. Nature lovers can go to the national and state parks and can go hiking, biking in Pennsylvania. Whitewater rafting, rolling terrain in places like Pocono Mountains and Ohiopyle State Park in the Laurel Highlands. Pennsylvania is an adventurous place with a lot of places to explore.

Here below is the list of best tourist attractions in Pennsylvania, where you should go if you are visiting this state.

Independence National Park is one of the most historic areas of America in Pennsylvania. Here Independence hall is the central attraction of this park as it is famous because here, the declaration of Independence was signed, and the constitution was drafted. The Liberty Bell sits on display around the Independence Hall, which is enclosed by some exhibits describing its history. You will find some historic buildings, like Old City Hall and Congress Hall and museums like the National Museum of American Jewish History and Ben Franklin Museum. 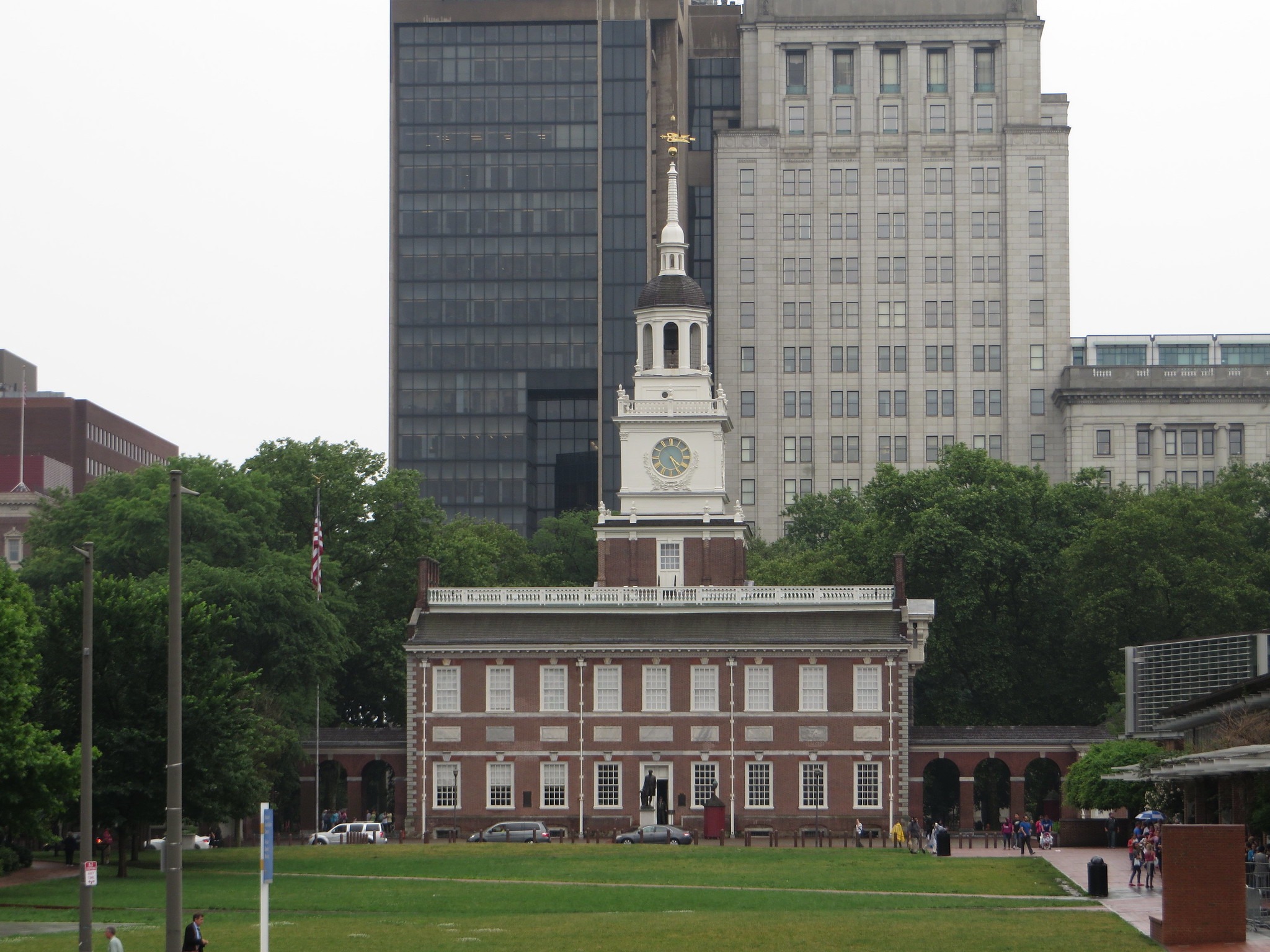 It is a very famous amusement park in Pennsylvania with 90 acres of rides and entertainment for both kids and adults. There are a lot of roller coasters and aquatic shows. Hershey park in Pennsylvania was constructed in 1906 as an entertaining area for Hershey’s workers but expanded, and today it offers a wide range of things to do for every age. Not only kiddie rides, but Hershey park in Pennsylvania is also famous for the train, carousel, bumper cars, and Ferris wheel. Also, many water rides make it a perfect place for summers. The park has more than a dozen roller coasters and many mid-style games and large video arcades. Zoo America is adjacent to the park with more than 200 animals from North America, including mountains loins, bald eagles, and even roadrunners.

The Gettysburg National Military Park is where the Civil War Battle in 1863 took the lives of 51,000 people in three days. Now the tourists come all over the world to see this historic park in Pennsylvania. The key highlights of this place are Cemetery Ridge, which is the place of Union Lines for the final two days of battle, Seminary Ridge which was central united position west of Gettysburg for days two and three of the battles, and Oak Ridge the place of the opening day of Civil War. There are a lot of exhibitions in the Park Museum and Visitor Center. Also, Rosensteel collection is the most extensive collection of Civil War weapons, uniforms, and other personal items in the U.S. 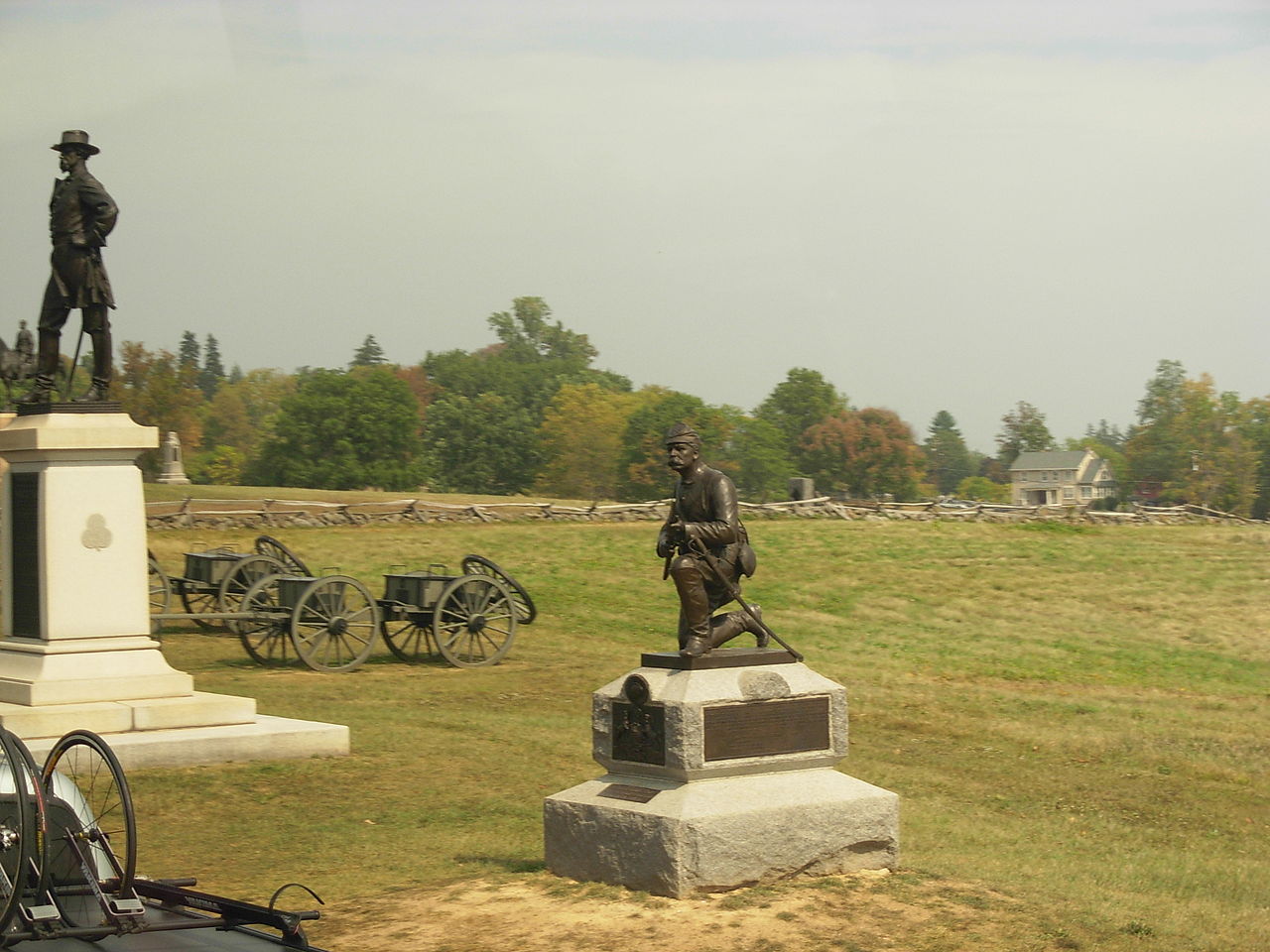 Presque Isle State Park is one of the best parks in Pennsylvania. It lies on a point that bends out into Lake Erie and then makes Presque Isle Bay. The park has many places to visit, like eleven-mile of the beach and several hiking trails. During summers, most visitors come here to get the ‘sea’ glass that has washed ashore. Also, there are open space and lake winds for the kite-flyers. The sunset point is the favorite spot for everyone. Presque Isle State Park also organizes various events and concerts that are free to the public. There are lovely views of the lake from the lighthouse on Presque Isle. 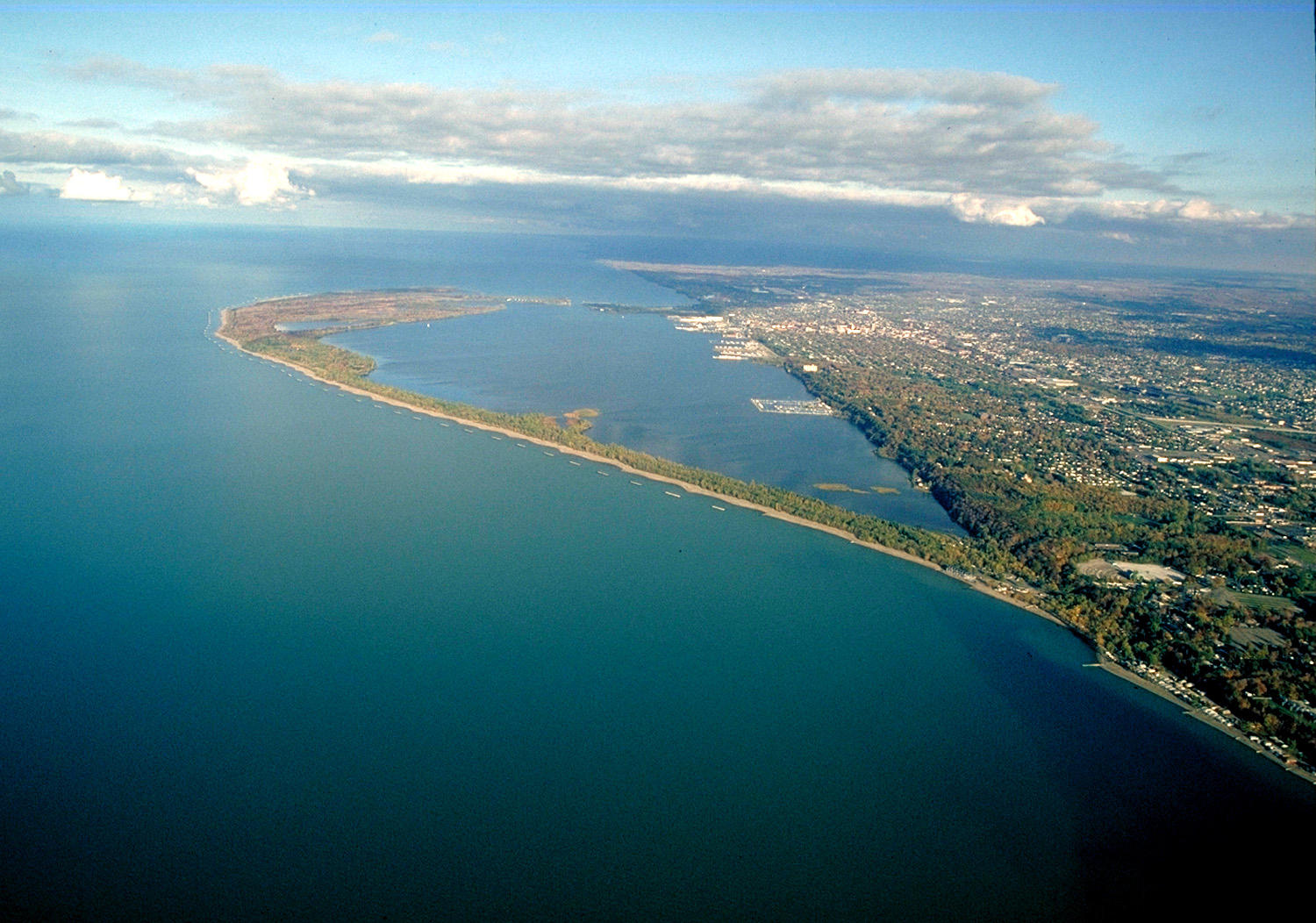 The Philadelphia Museum of Art is an iconic building in the city and has America’s most extensive art collections. The front steps of the museum are presented in some of the “Rocky” movies. Also, there is an outstanding view below Benjamin Franklin Parkway on the top of the steps.

There are the permanent collections inside the museum, including a variety of artists such as extensive European collection by Cézanne, Matisse, Rembrandt, Monet, Picasso, Renoir, Manet, and Chagall. Also, other galleries include textiles and fashion, an outdoor sculpture garden, and American colonial furniture.

Fallingwater is also one of the best tourist attractions in Pennsylvania. It is the most famous buildings which are designed by Frank Lloyd Wright. Fallingwater building in Pennsylvania is renowned for the organic structural design that harmonizes and contrasts with the natural world around it.

The main attractions of Fallingwater building in Pennsylvania are collections of the home’s former residents and the Kauffman family. Many large and small sculptures embellish the property. It had pieces varying from Mexican folk art to the work of prominent Cubist sculptors. Also, there is an international art collection that has works by Picasso and Diego Rivera. The most famous pieces include an Austrian-Bohemian Madonna which was created in 1420, cast iron Buddha head, and an statue of the Hindu fertility goddess Parvati which was created in 8thcentury. 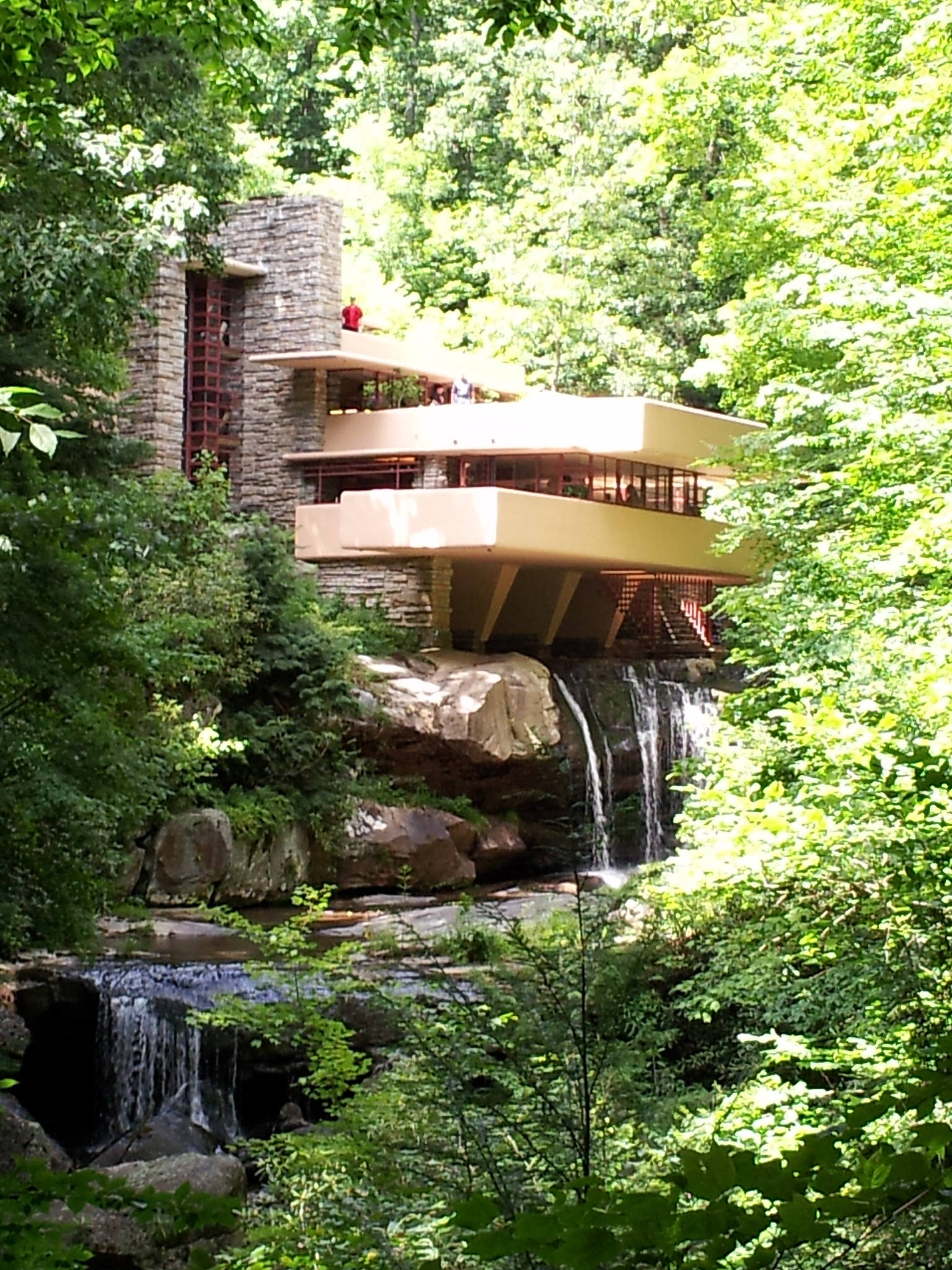 Valley Forge in Pennsylvania is a symbol of sacrifice, suffering, and triumph of the American Revolutionary War. During 1777-78, American soldiers suffered some 2,000 deaths due to disease, hunger, and poor conditions after the British destroyed this vital supply center. This essential part of history is shown through tours, exhibits and a film in Valley Forge in Pennsylvania. On the place, there is Washington’s headquarters, which is a national Memorial Arch and recreational space for visitors. 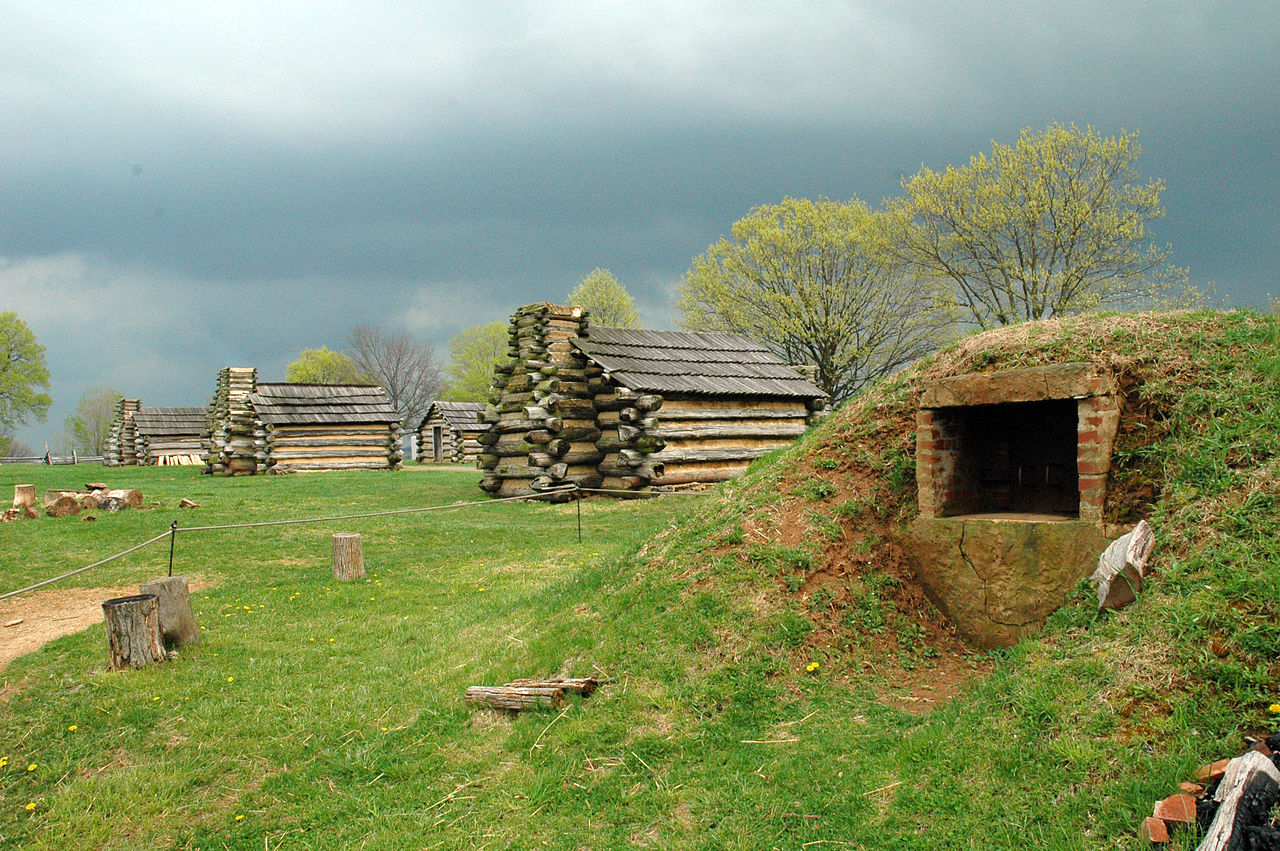 Strasburg is known for its Amish culture and railroad history. The Strasburg Railroad offers a 45-minute journey and is the country’s oldest steam trains in Pennsylvania. The train passes through the land and farms. Strasburg also has a National Toy Train Museum, which shows model train collections from the 1800s, special events, and hands-on-educational exhibits. Traintown has a 17,00 square-foot model train layout with 22 trains and animated figures. 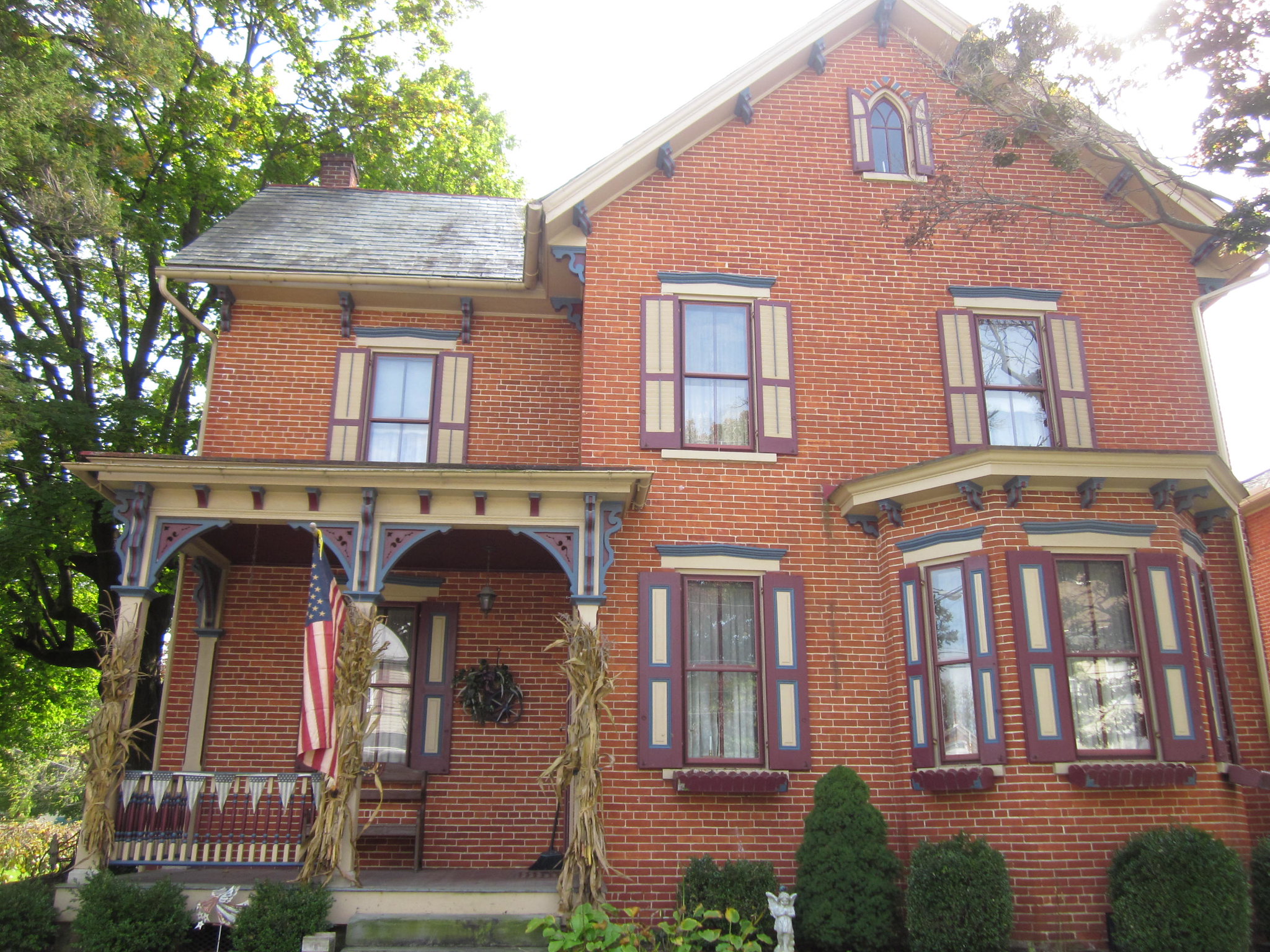 The Pennsylvania State Capitol covers 45 acres and has government buildings and many tourist attractions. The building is an impressive structure made of Vermont granite, and a pair of bronze doors protect the entrance. On the top, sitting a grand dome inspired by Rome’s Cathedral of St. Peter weighs 52 million pounds. The tours for this place can be scheduled in advance. The State Museum of Pennsylvania is also situated on the complex grounds and includes a natural history museum, historical exhibits, planetarium, and artifacts, and documents from the state’s early years. Many statues and memorials, such as the Pennsylvania War Veterans Memorial Fountain, Soldier’s Grove Quadrangle, and a replica of the Liberty Bell. 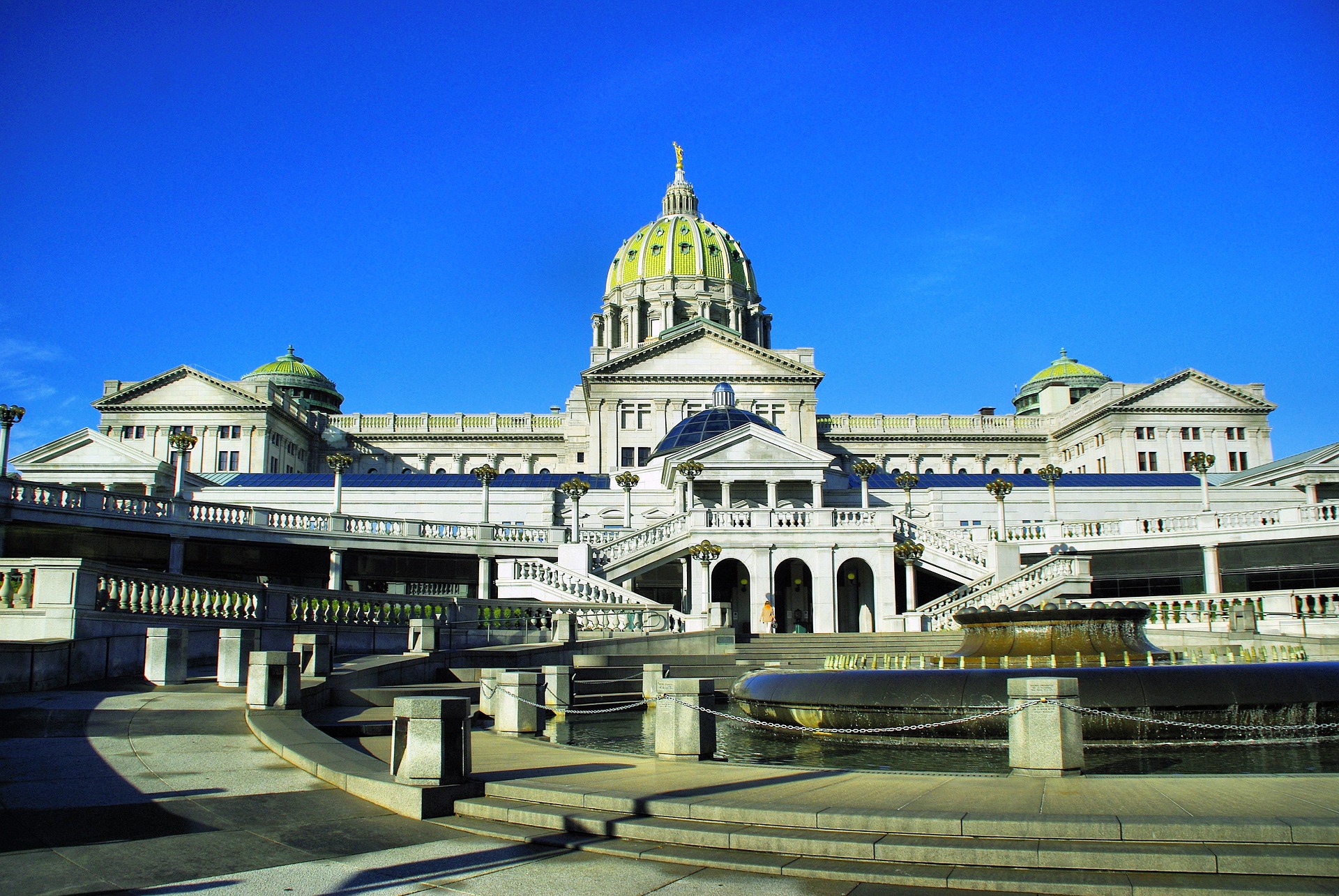 The Phipps Conservatory is situated in Pittsburgh’s Schenley Park and covers 15 acres. The place has 23 gardens and 14 massive glasshouses and has impressive collections of bonsai and orchids. The greenhouse also has many permanent environments such as Tropical Forest Conservatory and the desert room. Many exhibitions alter with seasonal events throughout the year. It also includes the center for sustainable landscapes, one of the ‘greenest’ buildings globally. The center also organizes educational programs and maintain green practices throughout the gardens and facilities. 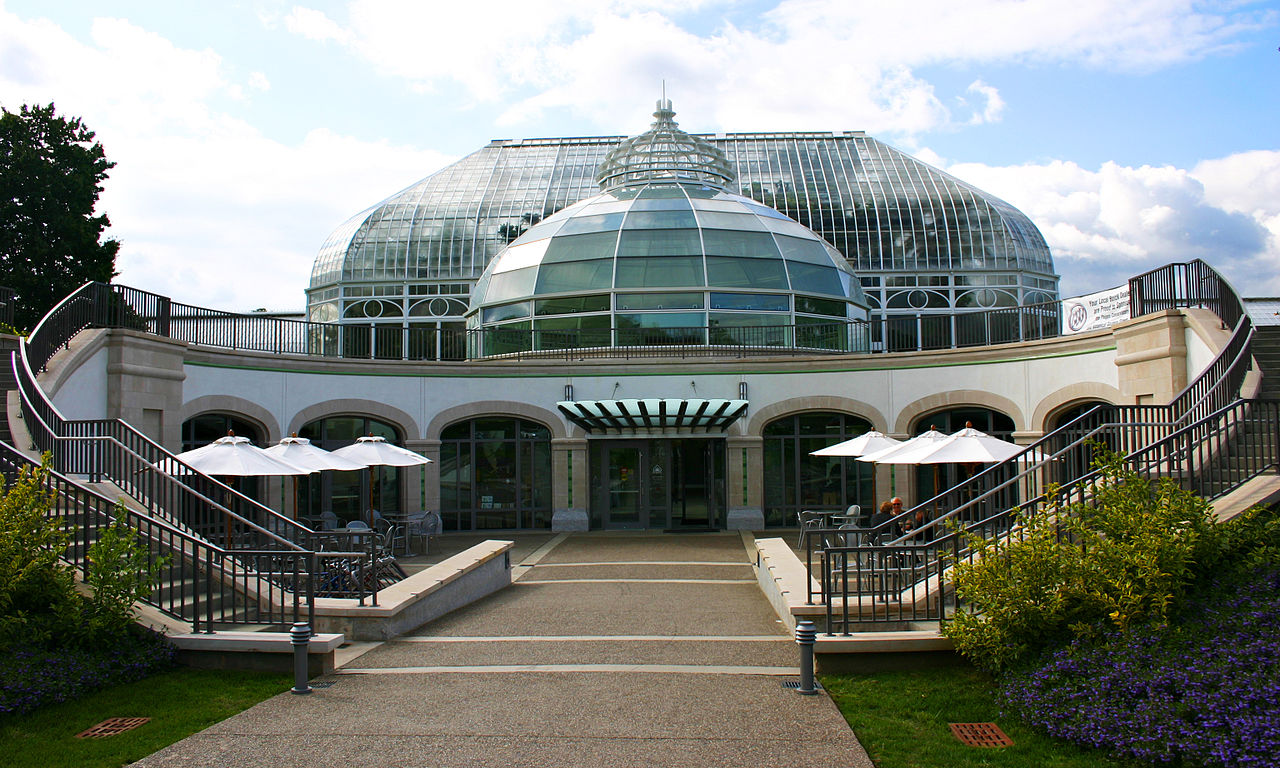 Pennsylvania has the best places to explore. These were some of the best tourist attractions in Pennsylvania. Not only this, but it also has excellent outdoor attractions to explore a wide variety of activities. The state is known for the museums, parks, and historical buildings. The country is perfect for everyone. So if you love adventure and want to have a good time, then this state would be the right choice for you. 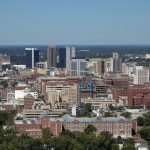 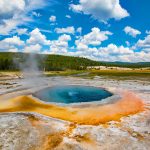 Visit Wyoming: 9 Amazing Attractions in Wyoming For a Memorable Vacation (2022) Next