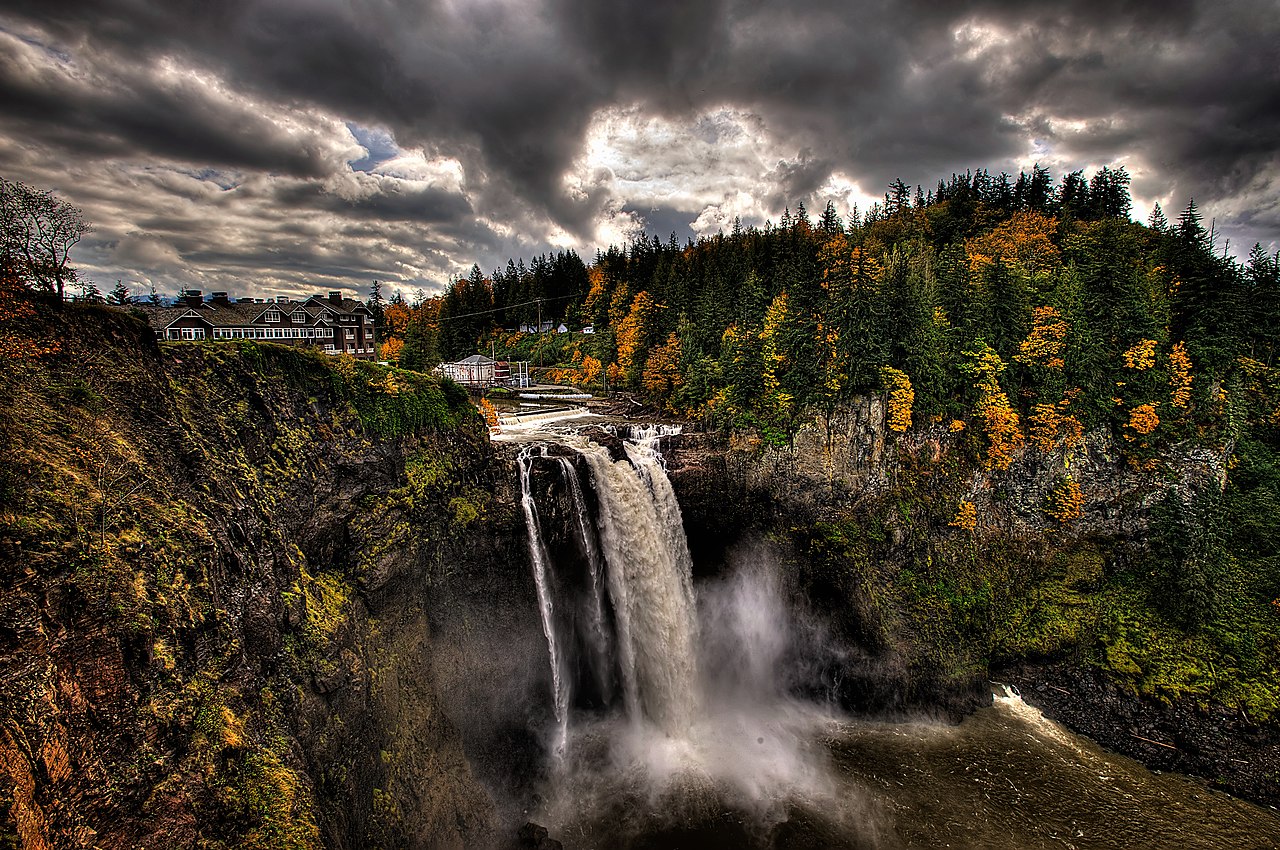 Washington is a Pacific-Northwest state with a range of awe-inspiring waterfalls. From Nation’s best city falls to mountainside falls and the waterfalls inside State/ National Parks, Washington is truly blessed with nature’s best. And true to Washington’s nickname, the ‘Evergreen State,’ the waterfalls here stay lush and impressive most of the time of the year. Be it the glorious spring (snowmelt) season or the pristine summertime; waterfall hunting never ends in the state.

Most of the Washington Waterfalls are located in the eastern part of the state. You can reach a lot of them after a quick scenic drive or seek others after completing a strenuous but rewarding hike. Each waterfall in Washington State has its own appeal and unique identity. However, since they are huge in number, exploring them all isn’t the most convenient task for even a local. And thus, we have brought you the list of the most popular Washington State waterfalls. Have a look at the list below and build your waterfall itinerary.

The Palouse Falls is arguably the most beautiful waterfall in Washington State. It is an ancient, Ice-Age waterfall located somewhere in Eastern Washington. This stunning water body has been known to flow for over 1300 years now. Palouse has a massive 200 feet drop, a spectacular gorge, and a vast bowl underneath. The waterfall is a part of Palouse Falls State Park, and visitors can enjoy it from different angles. The scary edge-on view from Mohawk (Above waterfall’s brink) and the one from its lower observation point offer some dramatic visuals of the waterfall. The Palouse Falls provides a unique landscape to hikers and photographers alike. 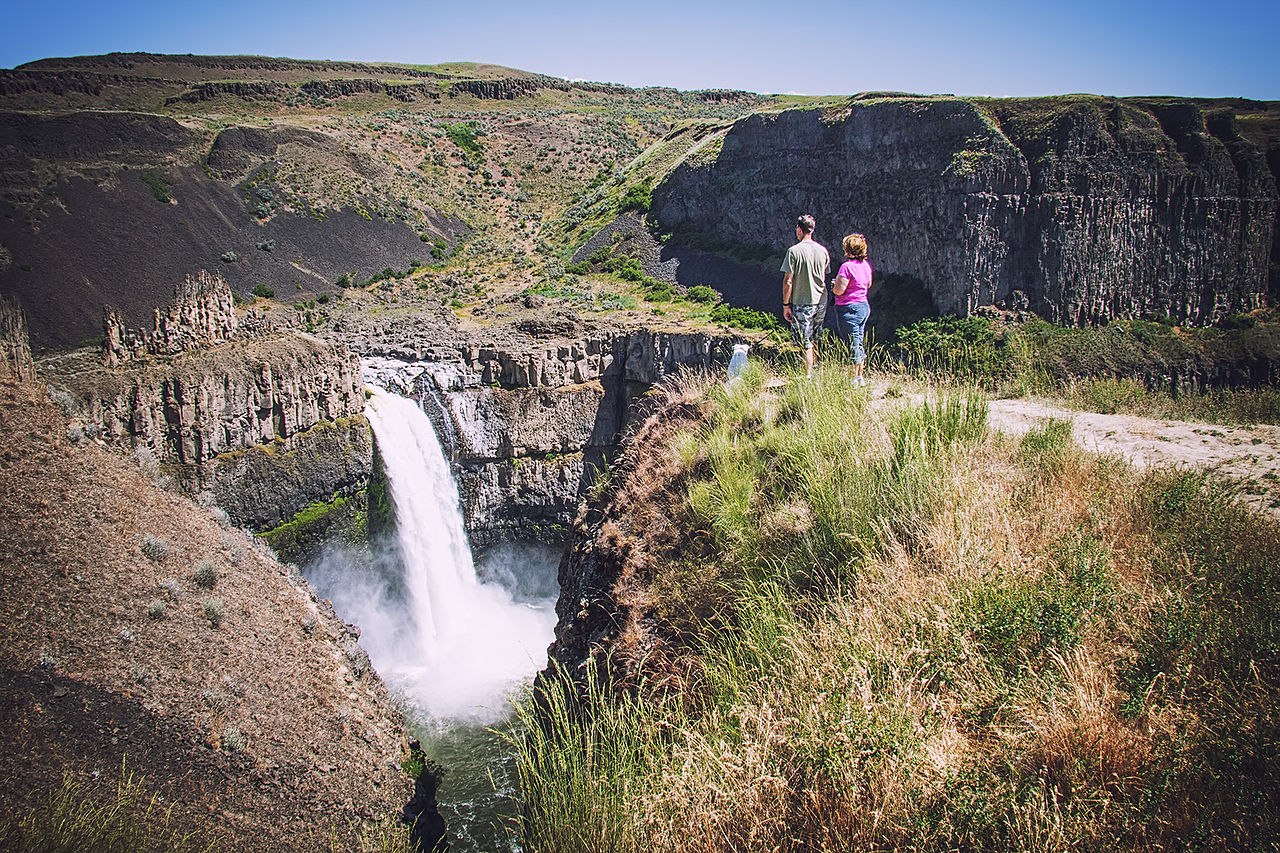 Snoqualmie Falls is arguably the most popular and top-rated waterfall in Washington State. Its proximity to Seattle (28.7 miles) also makes it a must-visit waterfall body in Washington. Snoqualmie has a vast 270 feet drop and an expansive pool underneath. Its height and water force create a mist all the way back up the gorge that looks visually mesmerizing. For experiencing its true beauty, visitors can walk across the less-than-a-mile interpretive trail underneath the fall. Or the lodge nearby, too, provides an undisputed view from a little afar. Snoqualmie Falls is in its most magnificent form during the spring (snowmelt) season. However, it experiences the most significant crowd during summers.

Known for its hiking scenes, the Spray Falls is Washington’s most iconic waterfall. It has a massive 350-plus-foot drop sliding smoothly down the sides of a cliff. Spray Falls is located in the Mount Rainier National Park, the northwest region, and is popular amongst hikers. The trek begins from the Wonderland Trail and goes 2.25 miles all the way to the striking waterfall. It is also the only hiking trail that circles Mount Rainier in the entire park. Though since it requires climbing a rough patch of terrain, trekking here is ideal for advanced hikers and adrenaline junkies only. While the hike itself is scenic, the views from its very end are absolutely divine. Visitors can either stop and observe from the viewing zones afar. Or climb the giant boulders and grab a view from nearby. 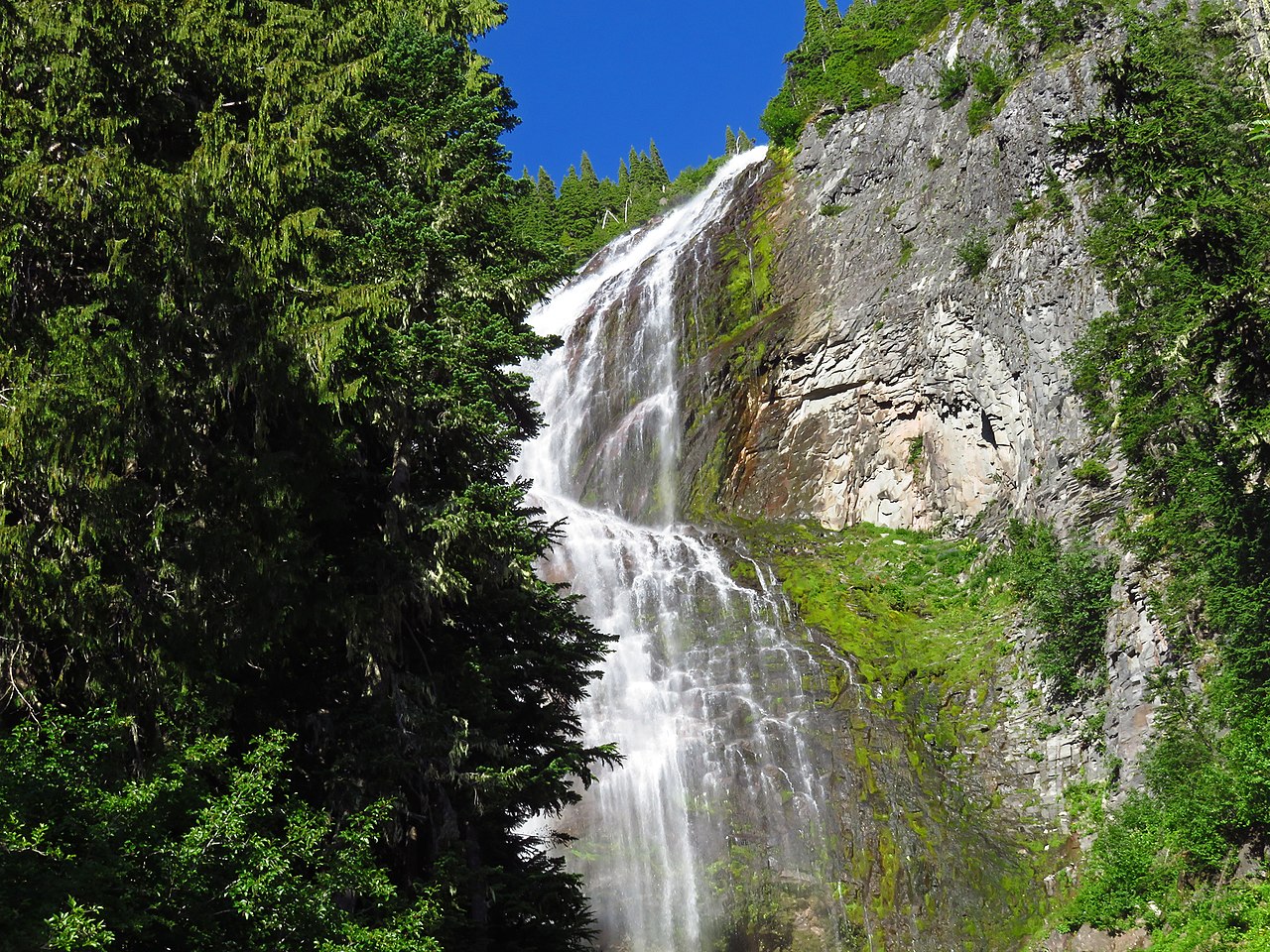 Located in the Gifford Pinchot National Forest, Falls Creek Falls is one of the must-visit waterfalls in Washington State. It has a massive 250 feet drop, all of which receives into a small pond underneath. It is popular amongst hikers who are looking for a scenic trip through an overgrown forest. The trail reaching the waterfall is 4 miles long (out and back) and is ideal for hikers of all comfort levels. Falls Creek Falls has two different layers, and this two-tiered natural magnificence will leave you in awe. The waterfall is at its best during the spring season, going all the way through mid of summer. And since it is deep inside an overgrown forest, the fall is comparatively less crowded. 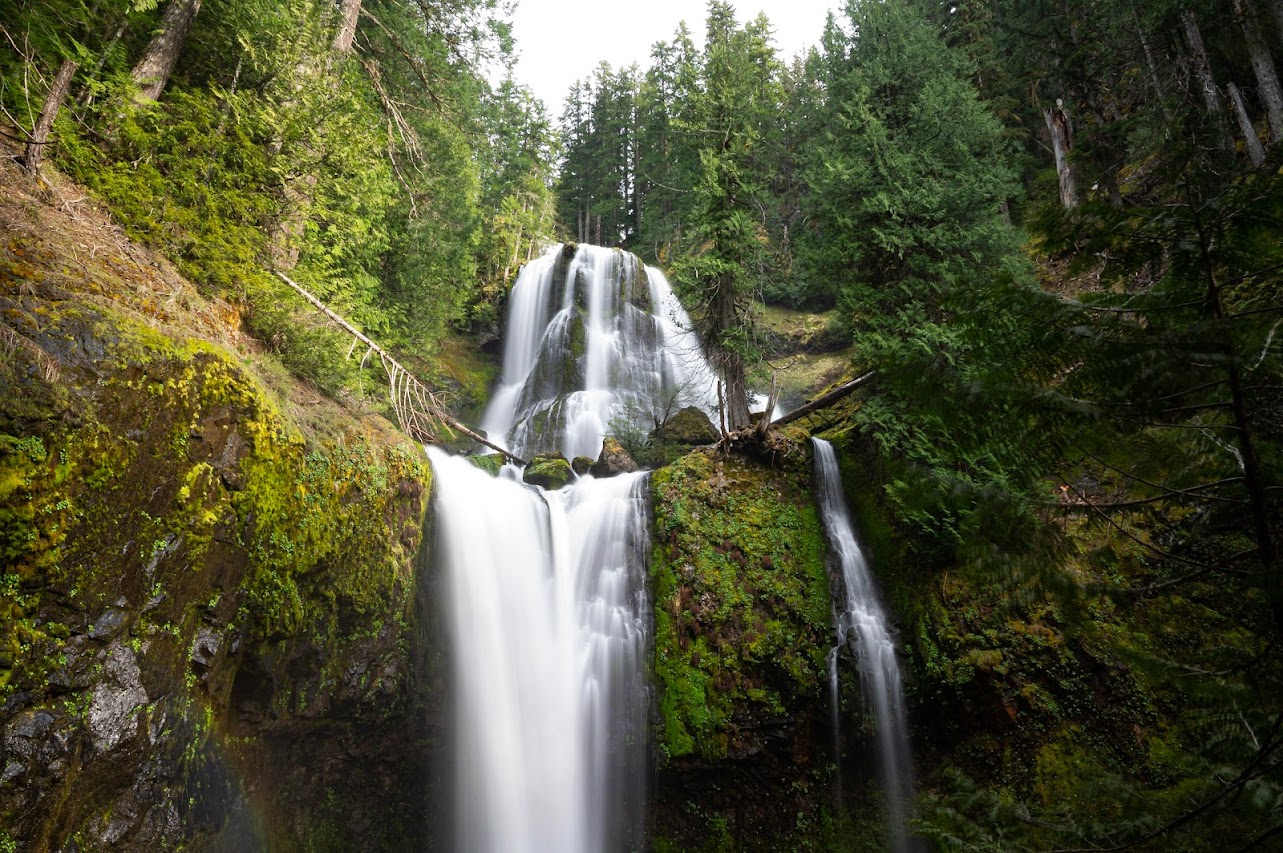 Panther Creek Falls is noted amongst one of the top-rated waterfalls in Washington State. It is also a part of Gifford Pinchot National Forest, a waterfall wonderland in the state. Panther Creek Falls has multiple small and big cascades letting water flow to create a magical wet wall. It drops 70 feet into a clear blue pool of water. Due to its wide streams, the waterfall, though, looks smaller than what its actual height suggests. The trail to the fall begins from the parking lot going .8 miles all the way from steep paths. It might feel a little strenuous for beginners though if you are daring to take some challenges, it is worth exploring. During the rainy and snowy season, the trail becomes a little muddy and more complicated to walk. However, the view of the moss-covered waterfall at the end makes reaching here absolutely worth it. 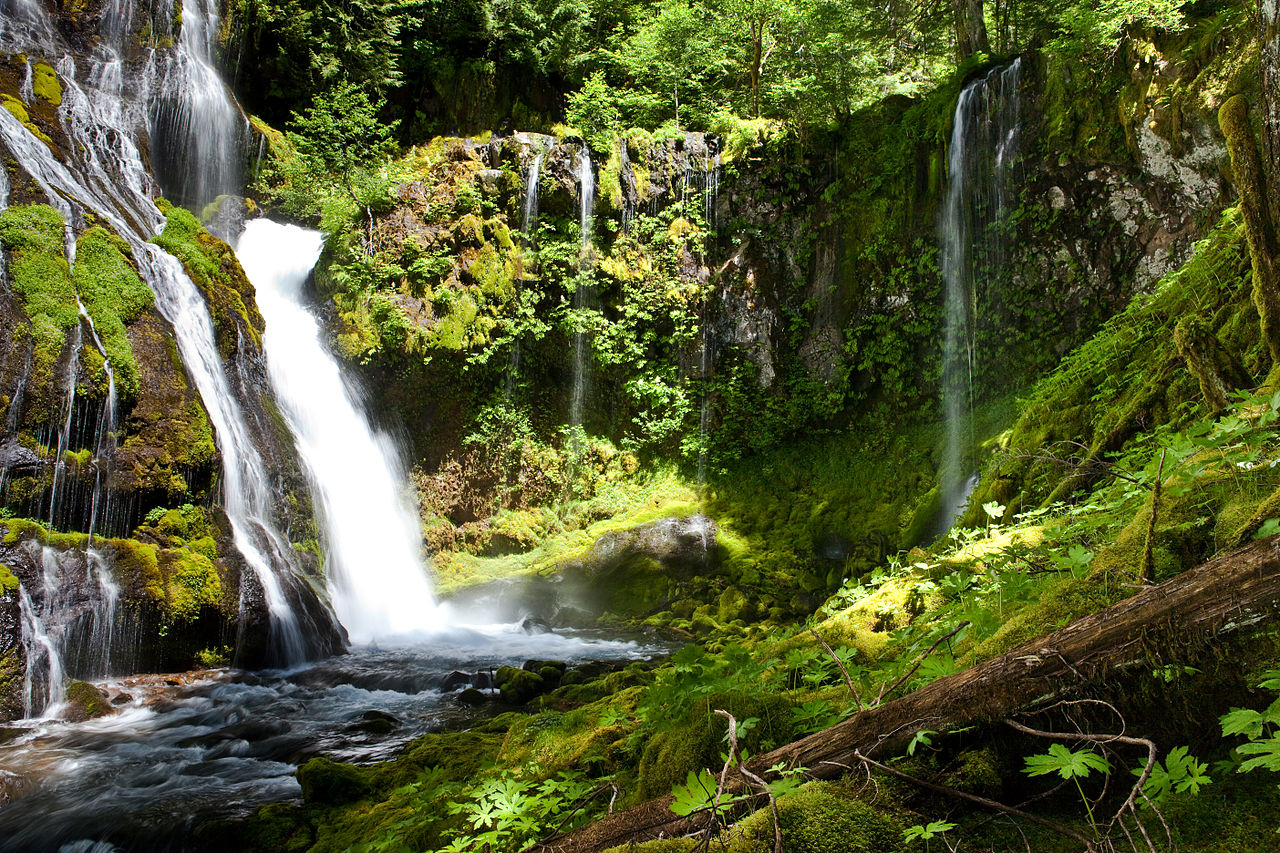 Marymere Falls is one of the most accessible and top-rated waterfalls in Washington State. It is located in the western part of the state, somewhere inside the Olympic National Park. Marymere is quite popular amongst hikers and waterfall seekers. The trail leading to the fall begins from the north side of the Olympic Peninsula, offering a two-mile round trip hike. Since the trail is flat, hiking here is known easier for hikers of all comfort levels. Passing through an overgrown green forest, the trail alone is known for its shady and scenic stroll. You will come across stunning views of lagoon and Pyramid Peak, moss covering a lot of the forest, and endless panorama around. Making a trip to and out of the waterfall is only an hour or two affair. 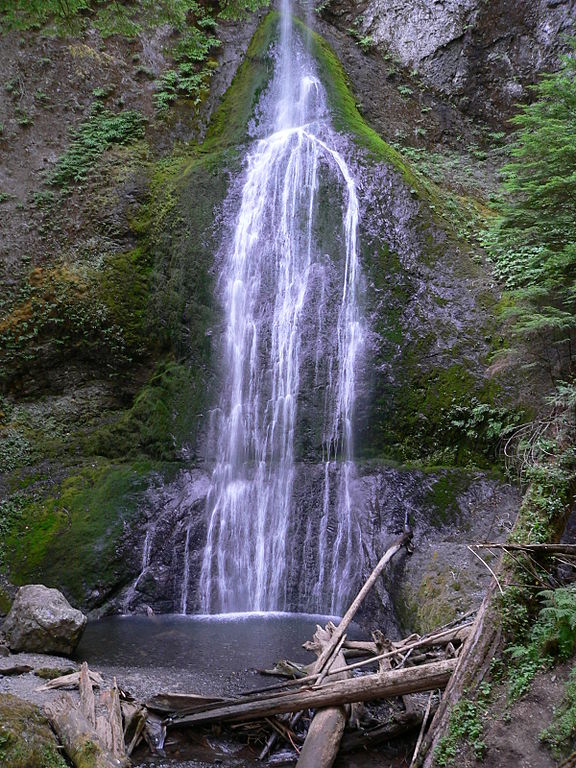 The Iron Creek Falls is another hiker’s favorite waterfall in Washington State. Located inside Gifford Pinchot National Forest, the fall is somewhere northeast of Mount St. Helens. The trail begins from the Forest Service Road 25, going a tenth of a mile hike down to the waterfall. Iron Creek, though, is quite small compared to other Washington falls, but it is serene and safer to access. The best time to reach here is during the late spring season and until the mid of summers. It is when the waterfall is at its best, certainly due to heavy flow after snowmelt. Once the waterfall’s flow lessens a bit, accessing its pool underneath too becomes easier. 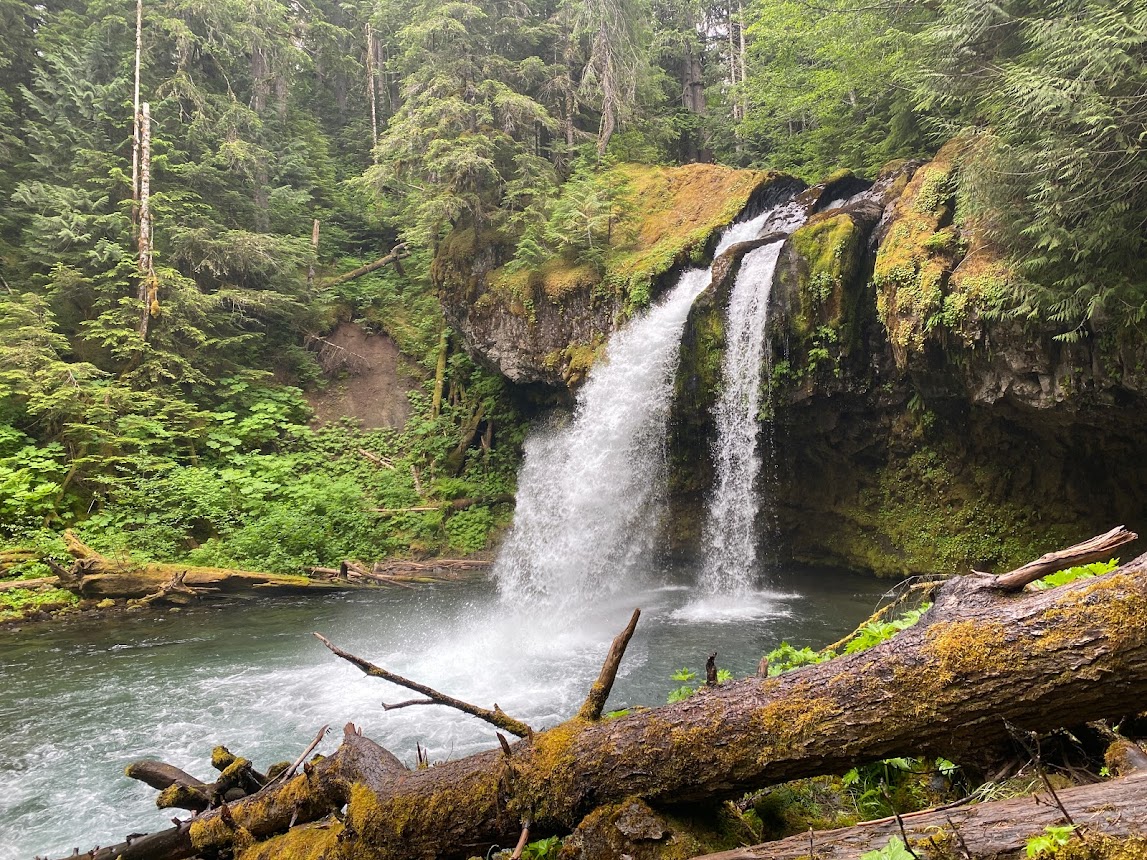 Wallace Falls is one of the frequently visited waterfalls in Washington state due to its proximity to Seattle. The fall is just an hour’s drive from the city, following a small hike. For reaching the waterfall, one needs to complete a 2.8 miles (one way) long hike. The trail is strenuous and offers one of the most challenging treks in Washington. It further gains 1,300 feet of elevation to reach the upper falls that lead its way through a series of steep switchbacks. However, despite its rugged and challenging nature, Wallace Falls is quite popular amongst local hikers. Throughout the summer season, you can spot a considerable crowd marking its way all the way towards the waterfall. 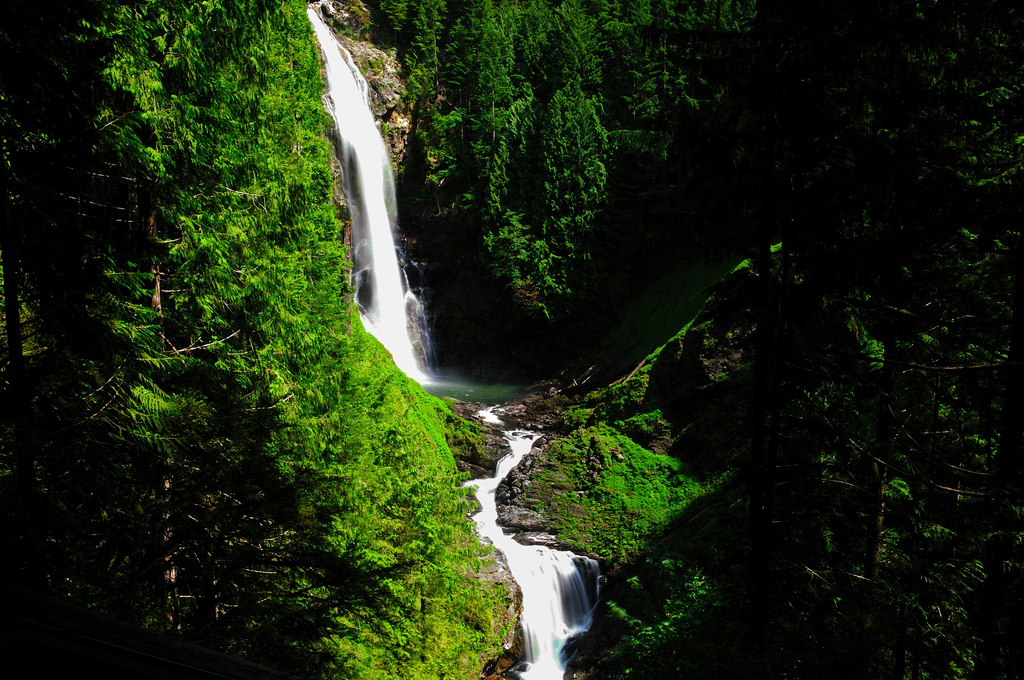 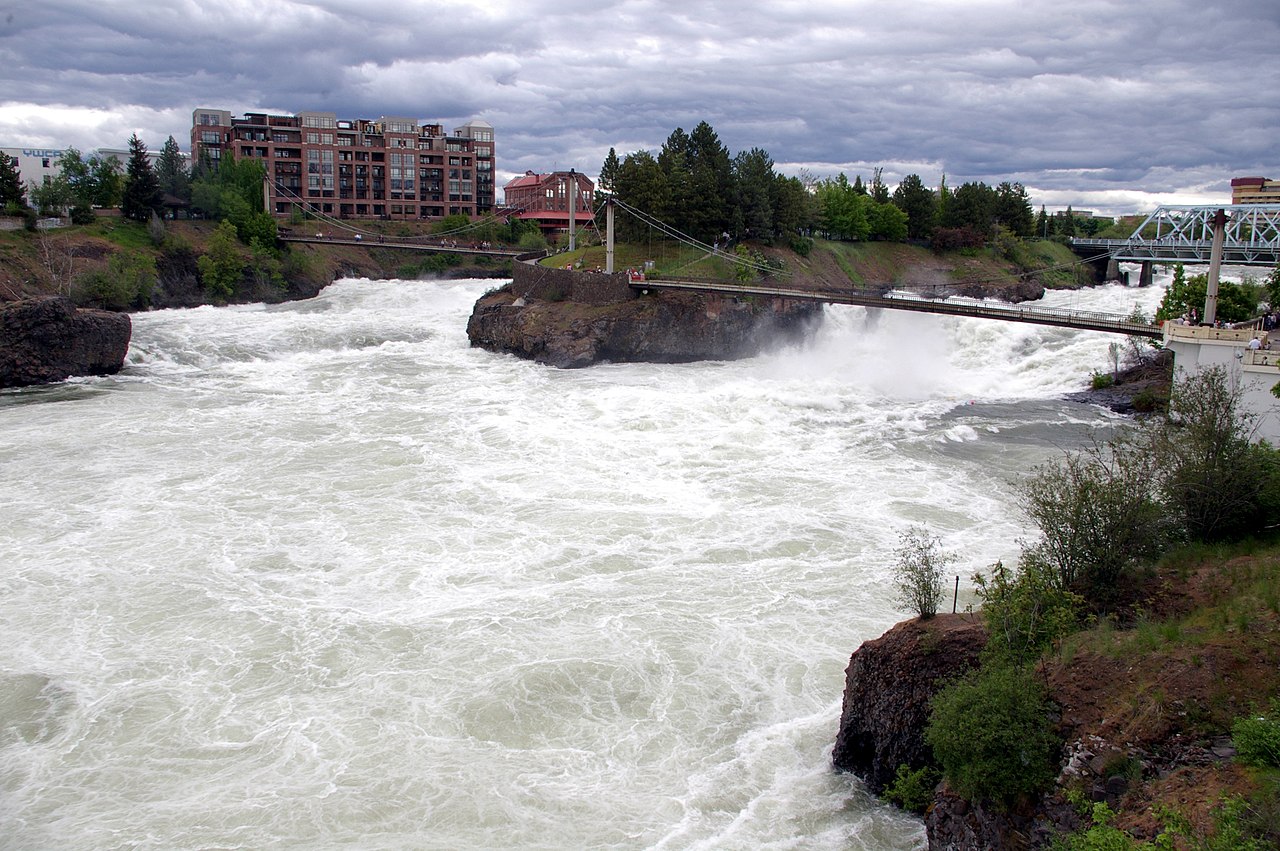 Spirit Falls is a hidden waterfall in Washington State. Amongst more than 1200 waterfalls, its identity is a well-kept secret even with the locals of the region. This scenic waterfall is known for its turquoise blue water, especially amongst landscape photographers. Spirit Falls has a small 33 feet drop that gathers into a huge pool underneath. The waterfall is also common amongst kayakers and canoers who want to go the adventures way seeking the beauty of the region around. Spirit Falls doesn’t stay populated with many visitors. The best time to visit here is during the spring season when the snow melts as lush to its flow. Accessing the fall is a little difficult during winters through the spectacular walls of icicles hanging, making it worth it. 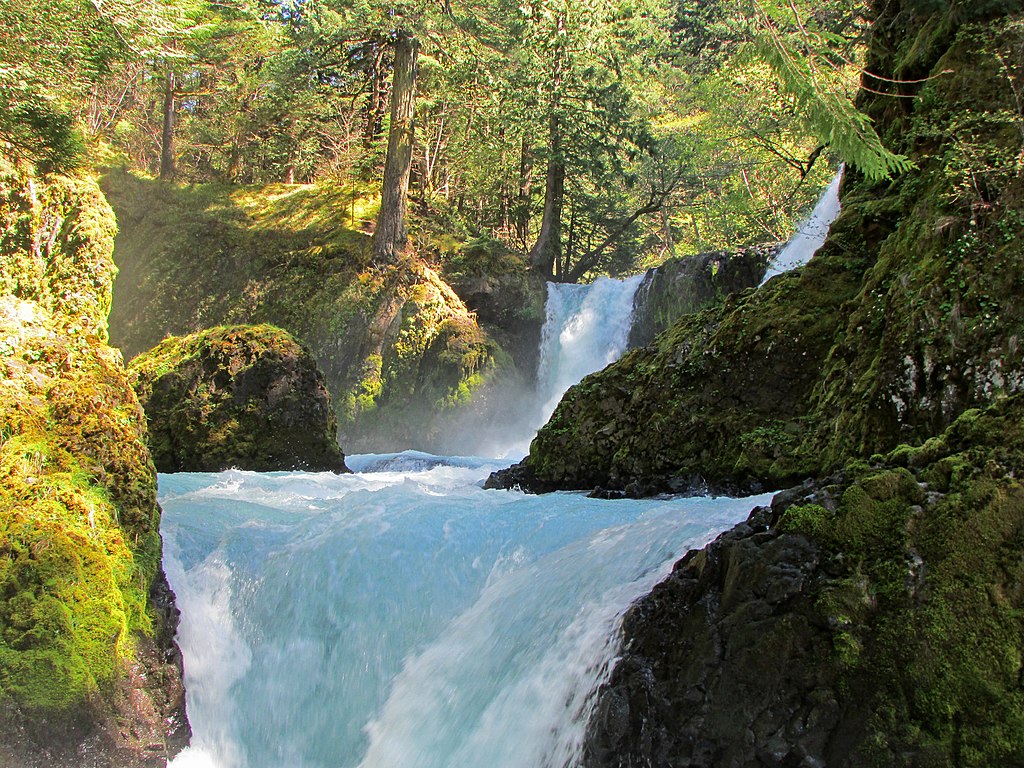 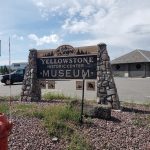 The 10 Best Things To Do In West Yellowstone, Montana (2023) Previous 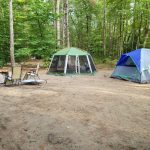