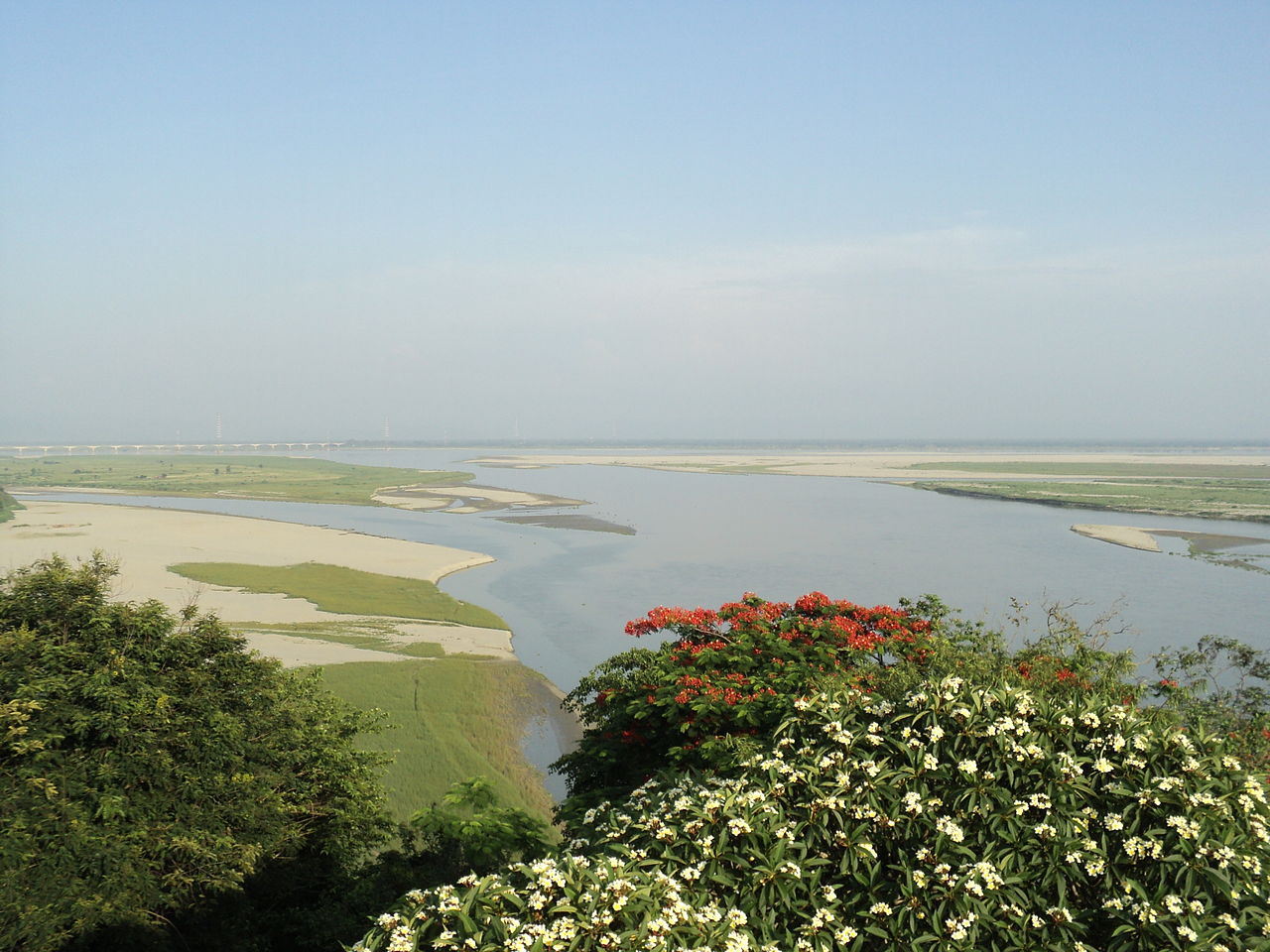 Located on the northern banks of the mighty river Brahmaputra, Tezpur is considered as one of the most consequential towns of the state of Assam. Flooded with lush green tea gardens, picturesque landscapes, endless stretches of paddy fields which are further framed by the snow-clad Himalayas, it is not hard to guess why Tezpur is listed as one of the most visited and loved vacation destinations in Assam.

You will also be surprised to know that Tezpur, fringed by the feisty Brahmaputra river in Sonitpur district is even considered to be the oldest city of Assam. With a mesmerising natural beauty and plethora of amazing scenic tourist attractions, Tezpur is one must-visit place for all.

Collaborating with an exceptional combination of concrete jungle of man and scenic beauty of nature, Tezpur is not only one of the most beautiful cities in Northeast India but is also a fast – developing one.

Rich with cultural heritage, the place is considered to be the core and root of the true culture in Assam. So, if you are someone who is truly interested in exploring Assam right from its roots and understanding the real traditions as well as culture of the state, then Tezpur is a great place to begin your quest from. In this article, we have brought for you all of the important and useful information which you must know before visiting Tezpur, including the climate, history and even the best places to visit in Tezpur. Continue reading!

Bordering the state of Arunachal Pradesh and Assam, Tezpur boasts of being surrounded with some of the most beautiful sites in India. As far as the rich history of Tezpur is concerned, you will be surprised to know that there are many legends associated with this slow- paced quaint city. 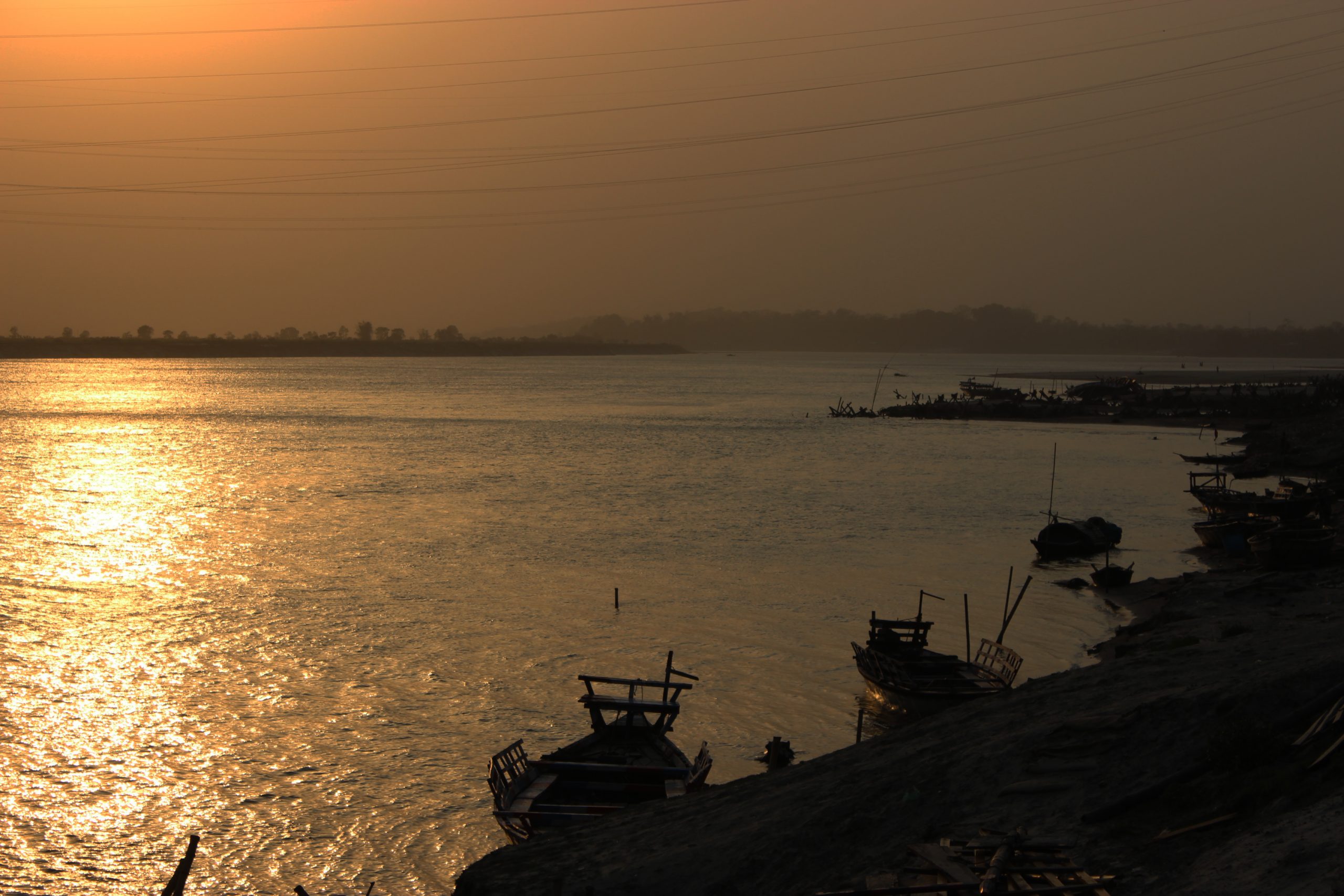 If the legends are to be believed, it is said that Tezpur served as a battleground of a war between Lord Krishna or Hari and King Banasura who was a devotee of Lord Shiva. The local people believe that the nephew of Lord Krishna, Aniruddha fell in love with Usha, the daughter of King Banasura who disapproved of the match and even put the young prince in Jail. Thereby, when Lord Krishna got to know of this, he attacked the kingdom with full force. Banasura lost the war but requested the Lord not to kill him. He even presented the couple, seated in a regal chariot to Lord Krishna.

Another interesting thing to know about Tezpur is that there are some rock inscriptions of Harjar Varma that point that the city was in existence even from 829 – 30 AD. However, the modern day Tezpur was founded by the British colonial administration in 1835. The city even served as an important trade centre.

The kind of love and attention that Tezpur receives from travellers is just exceptional and unconditional. With its beautiful hillocks, green parks and gardens, temples and plethora of other sightseeing attractions, it is hard to resist the charm of Tezpur. Some of the best places to visit in Tezpur that you can consider are:

1. Chitralekha Udayan: Coal park or Chitralekha Udayan park, as it was recently renamed is a picturesque park and a popular tourist attraction in Tezpur city. Built by a commissioner of Assam, Mr. Cole, in the year 1906, the park was later reconstructed by M.G.V.K. Bhanu in the year 1996. Nestled amidst the background of misty hillocks, green terrains and blue lakes, Coal park or Chitralekha Udayan park is immensely famous for its breath – taking scenic beauty. There is even a scenic lake inside the park, where the interested visitors can even go for boating. 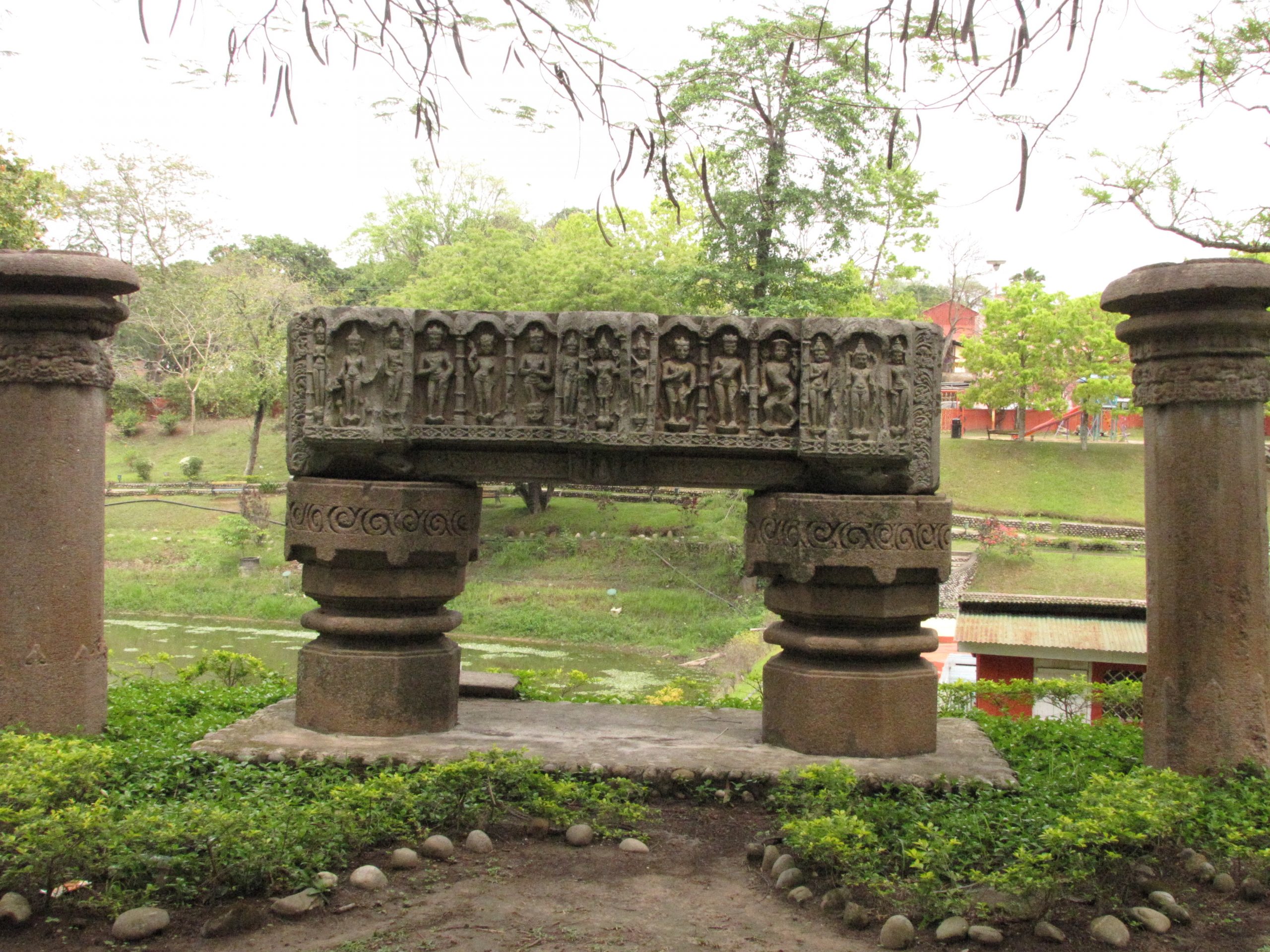 The Coal park or Chitralekha Udayan park remains open for visitors from 9 AM till 7 PM. For a comfortable and memorable experience, there is a lot of open space, restaurants and open – air stage in the park too.

Best Time To Visit: Since the area experiences sub – tropical climate, the best time to visit the park would be either during winter or spring season.

Distance from Tezpur, Assam: About 5 km away

How to Reach: Tezpur is well connected to the nearby cities as well as towns via several state government and privately owned buses. The nearest airport is the Saloni airport and the nearest railway station is the Rangapara north railway station.

2. Bhomoraguri: Boasting of housing the longest bridge of Assam named Kalia Bhomora, Bhomoraguri is another popular tourist attraction in Tezpur. Stretching over the mighty river Brahmaputra, this beautiful bridge stretches to cover a length of around 3 kms. Named after Kalia Bhomora who initiated the construction of the bridge during the Ahom rule, this bridge acts as a connecting link between the two districts- Sonitpur and Nagaon. It is said that the bridge has even been awarded by the American Concrete Institute for its remarkable construction and concrete structure. Offering fantastic sunrise and sunset views, this place is a must on every traveller’s itinerary. 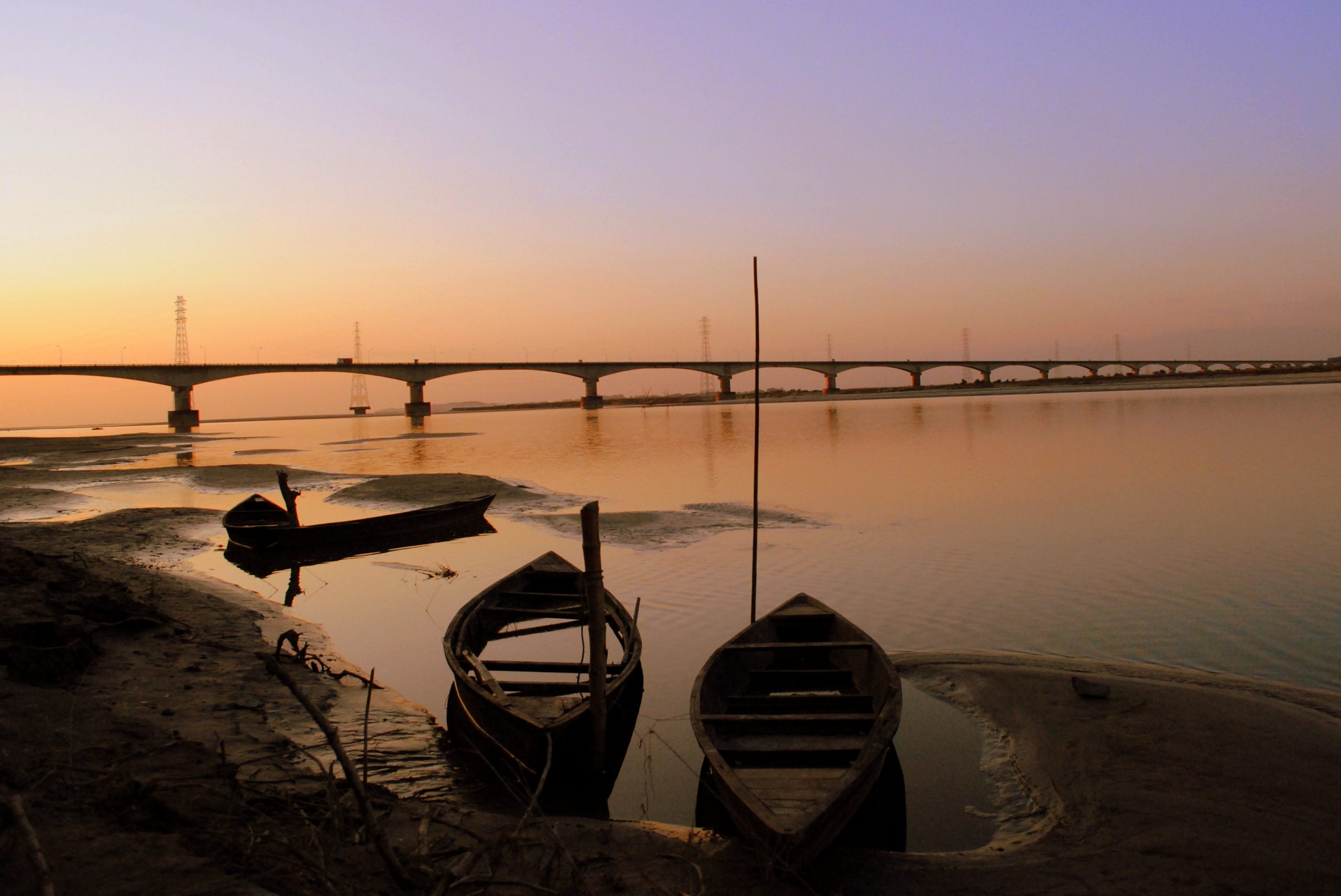 Best Time To Visit: If you are looking forward to the best experience, then it is recommended that you plan your visit during the winter months.

Distance from Tezpur, Assam: about 9 km away

How to Reach: The place is easily accessible. Interested visitors can reach the destination easily via bus services or by hiring a taxi.

3. Hazara Pukhuri: Referred as the third largest water tank in Tezpur city, this reservoir is estimated to cover an area of about 70 acres. Named after Hazara Varman, who was a famous personality, it is a popular attraction to visit in Tezpur. It is believed that this huge tank was excavated during the 19th century. Thanks to the presence of Hazara Pukhuri, the city is easily able to beat some heat during the summer season. Moreover, the huge size of the lake and the picturesque location attracts a number of travellers and tourists too. 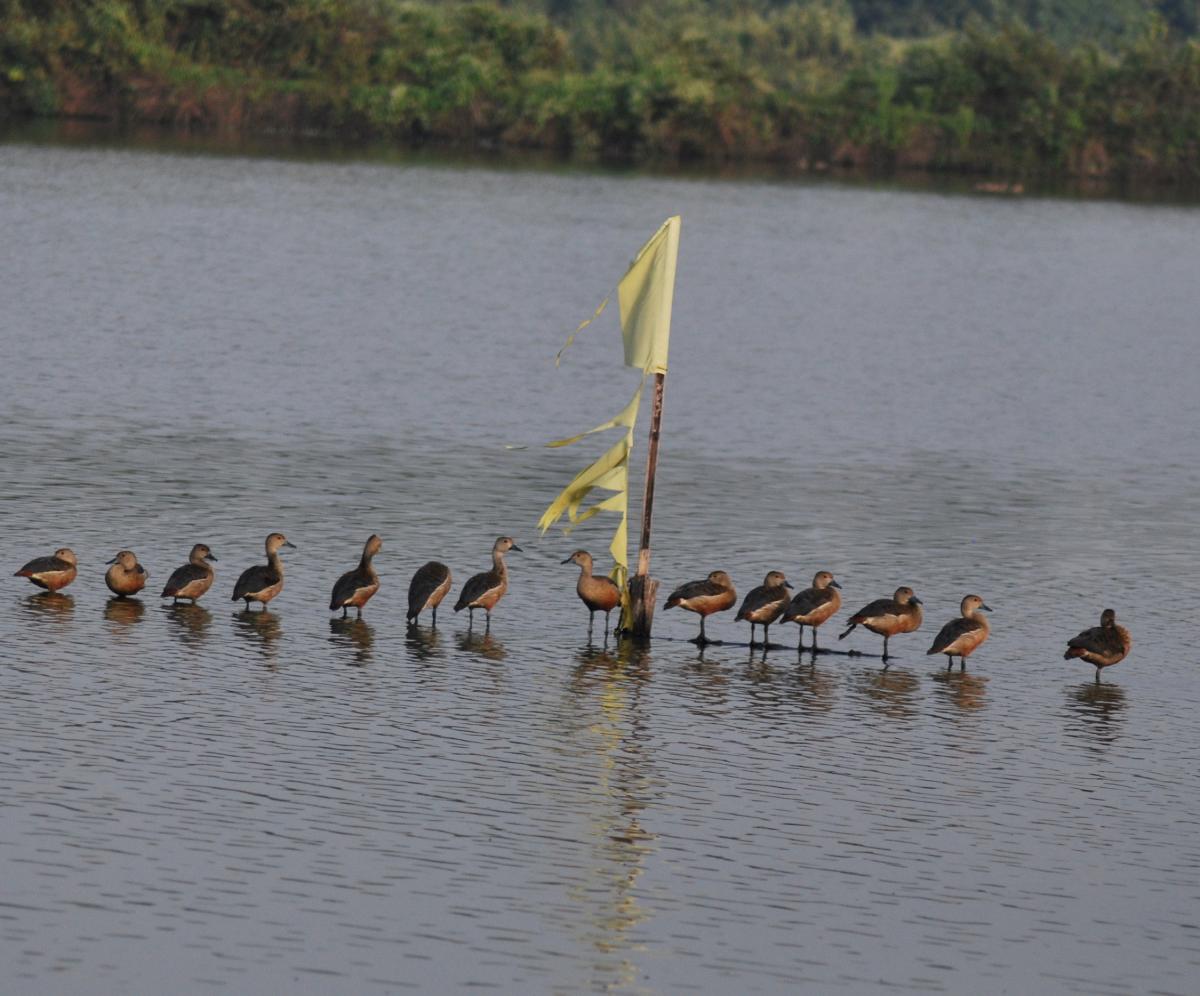 Things You Can Do: Take a leisure walk around the lake, sit on the cool grass, refresh and relax, photography, admire nature beauty, sightseeing

Best Time To Visit: Though one can visit this place any time but if you are looking forward to the best experience, then the best time for you to visit would be in between the months of November and February.

Distance from Tezpur, Assam: about 4 km away

How to Reach: The place is easily accessible by several local means of transport including taxis, autos and even buses. 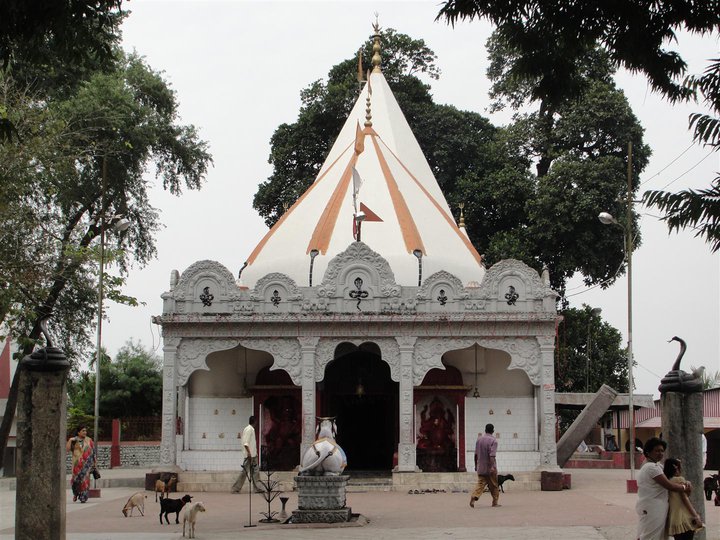 Things You Can Do: Pray and seek blessings of the almighty, know about the culture and tradition, explore the architecture of the Mahabhairab Temple, go sightseeing

Best Time To Visit: If you want to see the Mahabhairab Temple in Tezpur in its full glory, then plan your visit during the festival of Shivaratri.

Distance from Tezpur, Assam: About 3 km away

How to Reach: Though the place is well connected but it is said that the best way to reach Mahabhairab temple is via roadways. There are many state buses as well as public buses that run from many major nearby cities. Since they run frequently on a regular basis, catching a bus is not a hassle.

No matter whether you are a nature lover, wanderlust soul, photographer or a person who is looking for an escape from the monotonous city life, a vacation to Tezpur is going to prove just ideal for you.

Q1. Which Is The Nearest Airport To Reach Tezpur?

Ans. If you wish to travel by air, then the nearest airport to reach Tezpur would be Saloni airport. It is located about 15 km away from Tezpur.

Q2. What is Tezpur in Assam Famous For?

Ans. Tezpur is famous for a lot of things. Some of them are its lush green tea plantations, vast stretches of beautiful tea gardens, dense forests and national parks.

Q3. Why is Tezpur Referred to as the ‘City of Blood’?

Ans. Tezpur literally translates to ‘the city of blood’ and reminds the people of the romantic legend of Usha and Anirudha. 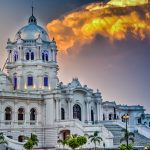 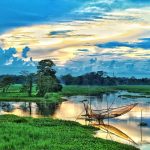 Visit the Umananda Island: A Top Tourist Place To Visit In Assam (2022)