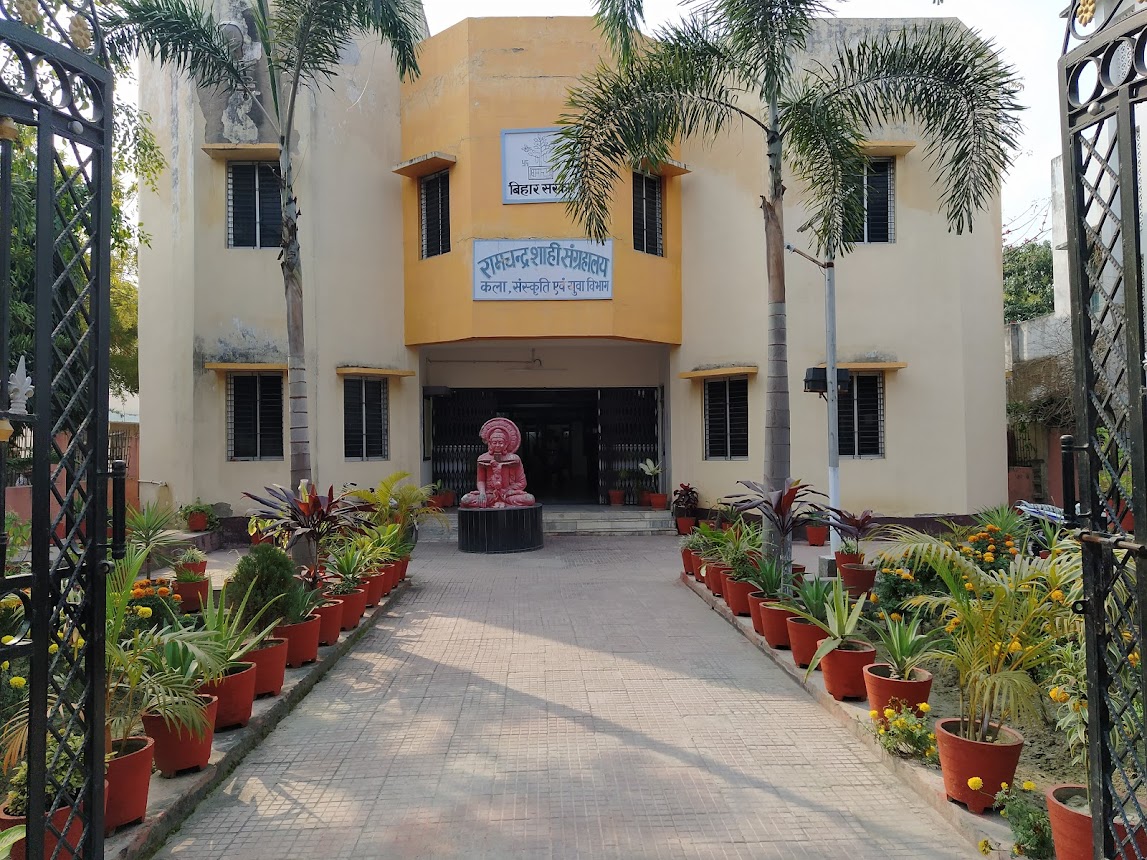 9 Places In Muzaffarpur Which Every Tourist Must Visit (2022)

Located only 75 km from the capital of Bihar, Patna, Muzaffarpur is one of the most densely populated cities in Bihar. Commonly known as the “Litchi Kingdom,” Muzaffarpur is one of the largest producers of Litchi in India. The town Muzaffarpur is also the headquarter of the district by the same name. Several thousand people reside there in search of earning their livelihood or studying. The entire city is quite famous for being the cultural and educational center of Bihar. As the city is located by the bank of the rivers Burhi Gandak, Lakhandayee, and Bagmati, there is no scarcity of water sources over there. The litchis of Muzaffarpur are not only famous in Bihar but also throughout India. Apart from Litchis, the city is also quite popular for producing handwoven textiles. Most products produced in the town are exported throughout the world.

The city of Muzaffarpur is not only well-known for being the industrial, cultural, and educational center of Bihar, but it has tremendous natural beauty also. As the town is located not that far from the Himalayan mountains, the region’s climate remains mostly pleasant. Throughout the city, you will be able to see Hindu temples and mosques. That is why the area is visited by pilgrims from both Hindu and Muslim religions. The city has a historical impact on India as well. You will be surprised to know that Dr. Rajendra Prasad was one of the teachers in the coveted Greer Bhumihar Brahman College in Muzaffarpur. The city has always been an important educational center in the state. Now, traveling to Muzaffarpur is not troublesome. As it is located only 75 km from Patna, you can always get on a Patna-bound flight to reach there. Or else, by taking a train to Muzaffarpur railway station, you will directly get to the city. To explore the entire region comfortably, we would suggest you visit there between December to February. For the rest of the year, Muzaffarpur is pretty uncomfortable due to extreme heat and humidity.

9 Places In Muzaffarpur Which Every Tourist Must Visit

Chaturbhuj Sthan Temple was founded many years back, and thousands of Hindu devotees gather there due to its religious and spiritual significance. Now, there is an interesting story behind the foundation of this temple. It is commonly believed that in Bihar’s Turki region, a vast idol of Lord Chaturbhuj appeared out of nowhere. Now, even though the Lord got attention and preaching from his devotes in Turki, but he was not satisfied over there. So, he arrived in the dreams of a saint who was an utmost devotee of Lord Shiva and requested him to place his idol near the Shivling in Muzaffarpur. The Shivling was believed to be created by the said sage. So, the saint dutifully placed the idol of Lord Chaturbhuj under Lord Shiva in Muzaffarpur. Now, the story is not finished over here. At that time, these idols were placed under a tree. 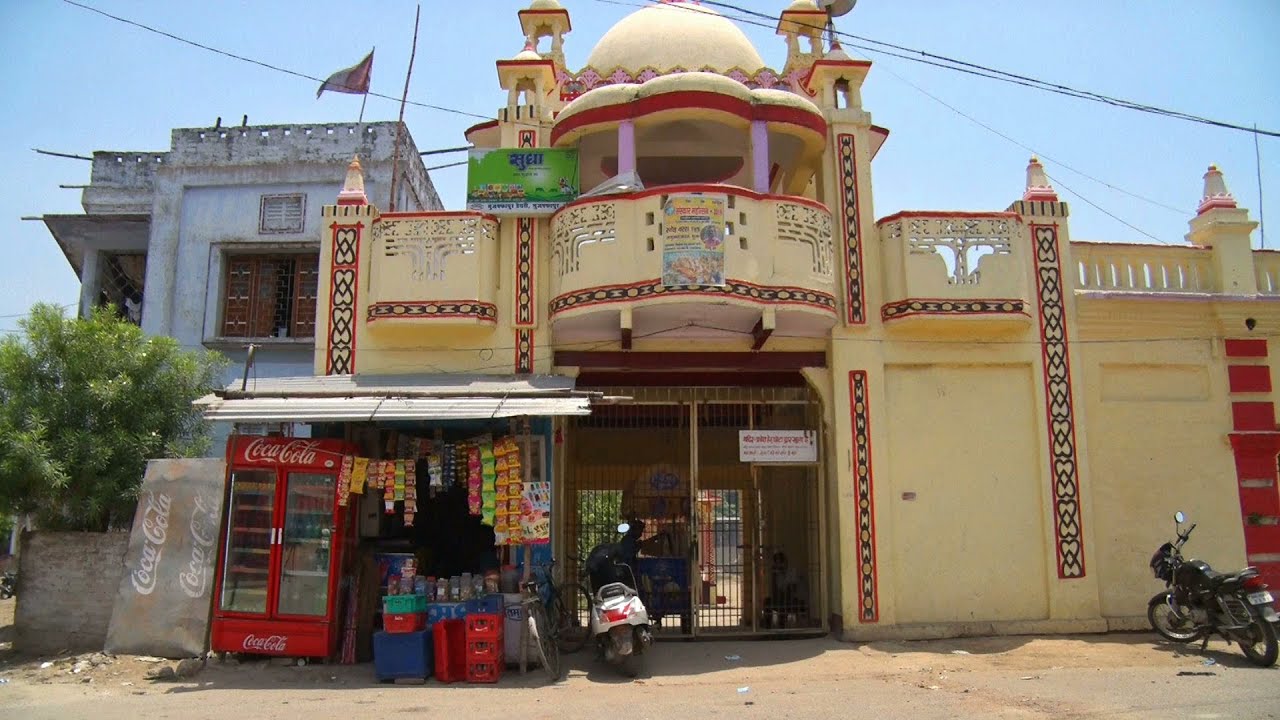 The distance between Chaturbhuj Sthan Temple and Muzaffarpur: 1.5 km.

Possibly founded in the year 1932, Kali Mata Temple is one of the most auspicious places for the Hindu people of Bihar and India. The temple was commissioned by the then Maharaja of Darbhanga named Kamlesh Singh. As the building is located quite close to the Gandak river, you will notice that it has a pleasant natural ambiance. By its name, you can understand that this temple is dedicated to Goddess Kali, but when you visit there, you will see that it is also dedicated to a woman named “Simri Mai.” Simri Mai is actually a woman who lived in a hut near the area where Muzaffarpur Engineering college is located. This woman used to meditate for days, and one day in the 17th century, she died from continual meditation and starving. The area got the status of “Lokpeeth,” and the woman came to be known as Simri Mai. That is why the temple was constructed over there. As the temple is situated in the city’s heart, you will have a great time visiting over there, even if you are not a religious person. 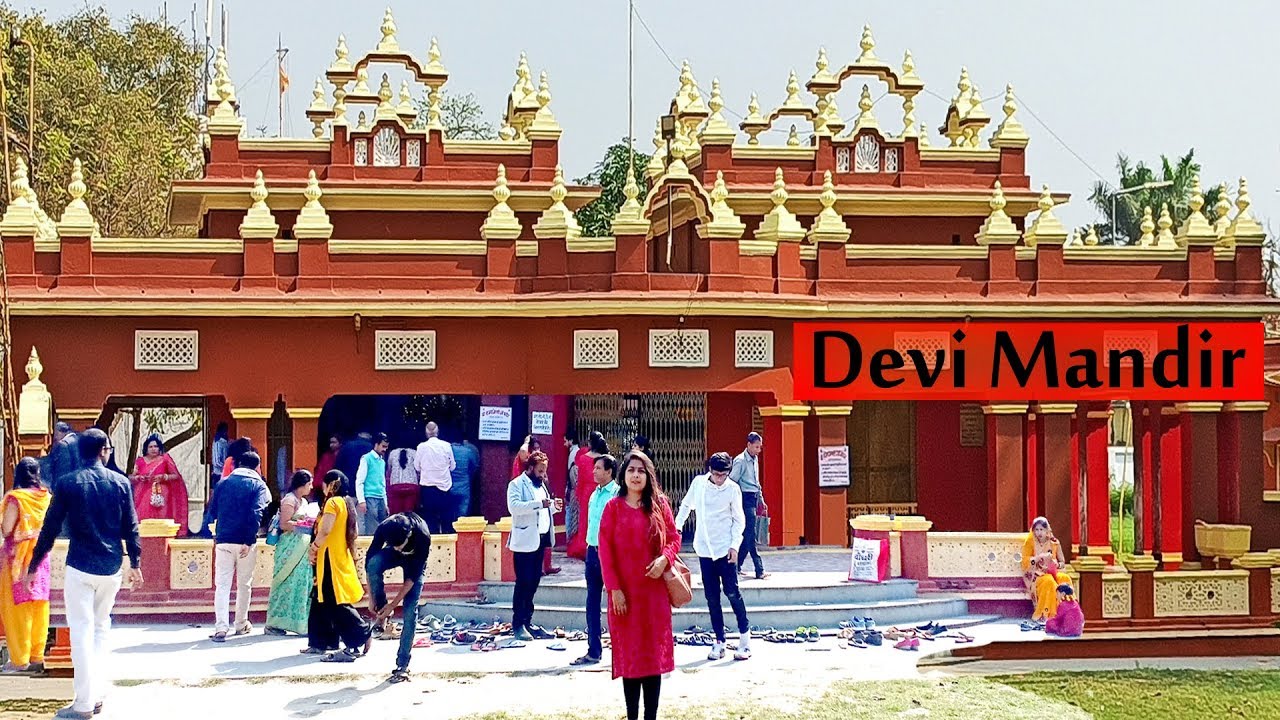 Among all the temples located in Muzaffarpur, Baba Garibnath Temple is undoubtedly one of the most famous temples. Even though this temple is dedicated to Lord Shiva, Baba Garibnath Temple also has a unique backstory. According to local folklore, the area where the temple is now located used to be the property of a landlord. In his property area, they laid a banyan tree that acted as a shelter for many poor people who did not have any home. But when that owner sold the entirety of his land to another person, the new owner decided to cut the tree. While he was cleaning off the tree, he discovered a Shivling underneath the soil. It is believed that the Shiv Ling was dripping with red water. This incident made the landowner disturbed, and Baba Garibnath visited him in his dreams. Baba Garibnath requested him to create a temple at the exact location where the Shivling was found so that the poor can take shelter over there. Baba Garib Nath also ordered the landowner to call Shri Shivdhari Pathak to worship the Shivling from Chapra in Bihar. The said person did exactly what he was told. 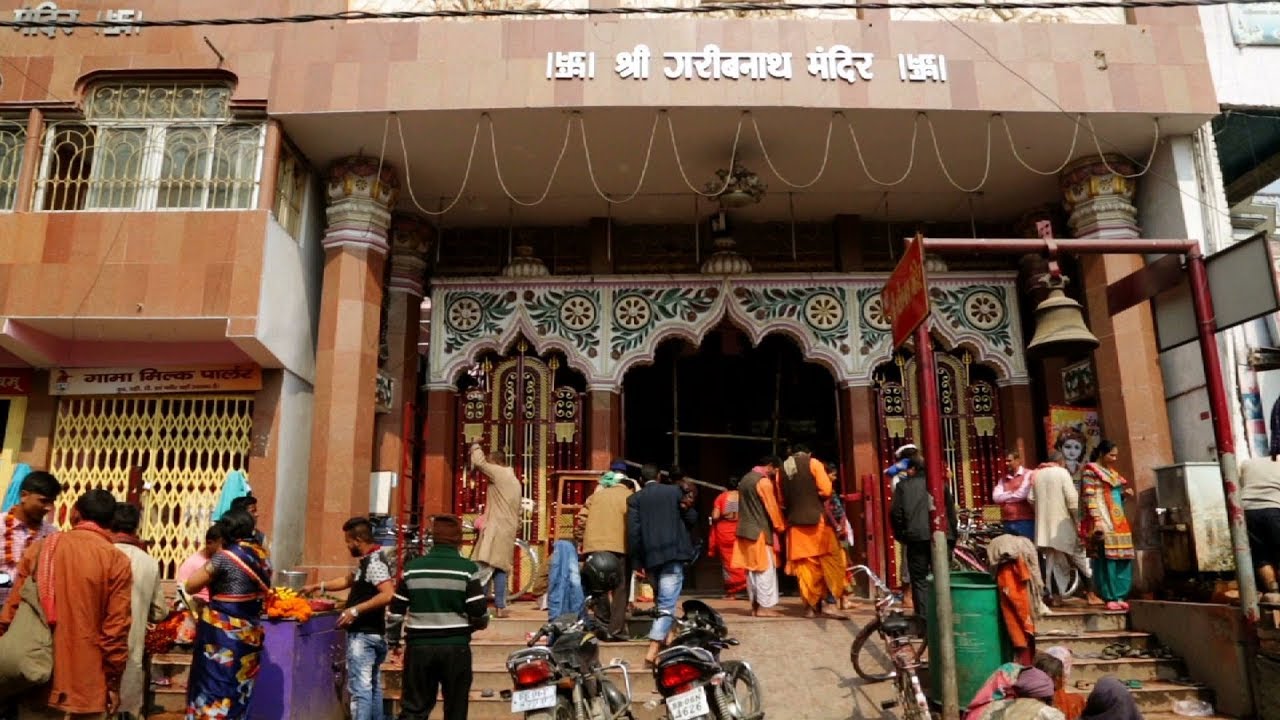 If you are a Hindu devotee, you must visit this temple in the months of Shravan. The festival of Shravan Utsav is celebrated quite massively over there.

The distance of Baba Garibnath Temple to Muzaffarpur: 2 km.

Shri Ram Temple is not only a religiously significant temple located in Muzaffarpur, but it has a beautiful architectural design also. The temple belongs to one of India’s nine major temples known as the “Navratna” temples. Right now, the Sahu family takes care of the temple, but originally it was built and designed by talented Rajasthani artists.

When you visit the temple complex, you will find that there are multiple temples devoted to Lord Ram, Mata Janaki, and Lord Shiva. In fact, the third-largest Shivling is located inside the Mahadev temple of the complex. That is why this location is so sacred to the Hindu community. Almost every day, several devotees flock over there to worship the Hindu deities.

The Khudiram Bose Memorial is one of the most famous historical spots in Bihar. Muzaffarpur jail had seen many life-altering events during the British rule in India, and during that time in 1908, an 18-year old freedom fighter Khudiram Bose was executed over there. You might have studied about the gallantry of Khudiram Bose in your history textbooks, but to freshen up your memory, we include the event over here. The British police arrested Khudiram Bose and Prafulla Chaki as they threw a bomb on Kingsford. After a hearing at the Sessions judge of Muzaffarpur, they were sentenced to death for their actions. 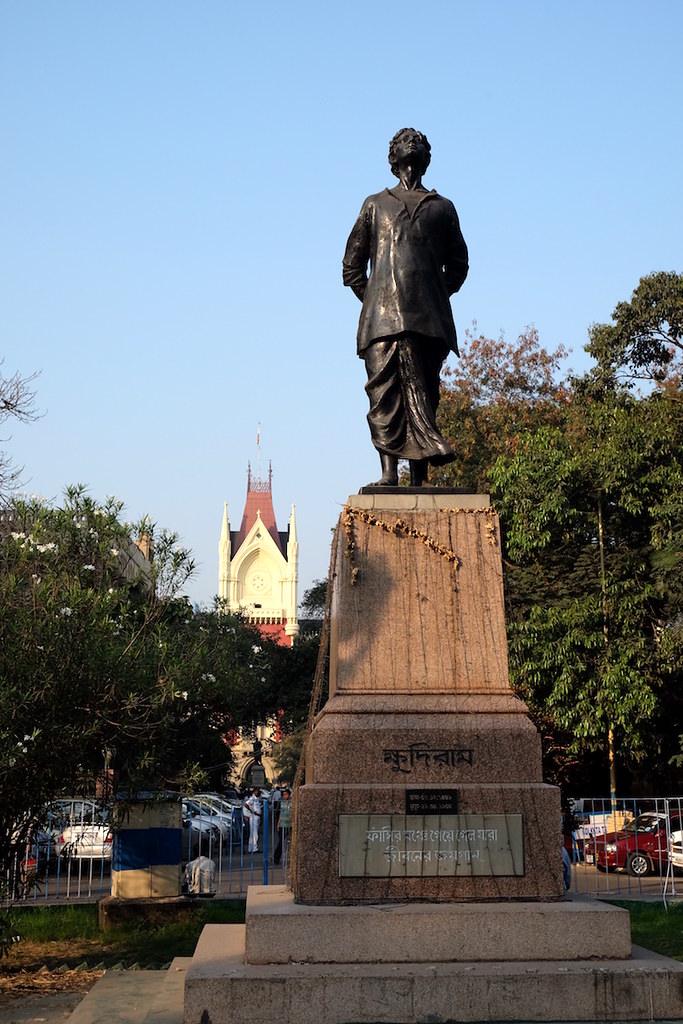 Near the memorial, you will get to see the road where Khudiram and Prafulla Chaki threw the bomb. You can also see the Red Crossing Building, which was the location for the said historical events. One of the fascinating things about the said events is that, while Khudiram was being executed, he had a smile upon his face. Many people thought he was one of the bravest freedom fighters of India.

Located in Muzaffarpur’s Mithanpura area, Jubba Sahni Park is a great place to spend some time with your friends and family. As the park is decorated with trees, shrubs, and tall lamps, tourists and locals visit there all the time. In case you have kids, you will have a gala time over there. 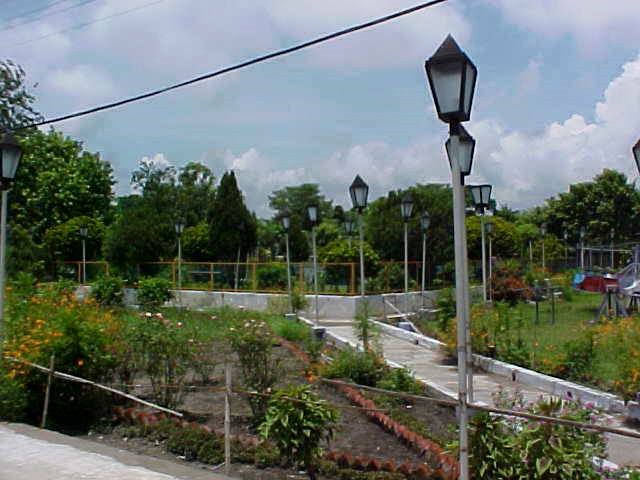 Most people prefer to have a nice picnic over there with their friends and family. In case you cannot tolerate heat, feel free to visit there after sunset. The part becomes more beautiful in the dark as it becomes lit with tall lamps.

You cannot complete your trip to Muzaffarpur without visiting the world-famous Litchi gardens. You will be surprised to know that the entire Muzaffarpur district is responsible for producing more than 3 lakh tones of fresh Litchis. The best time to explore the litchi gardens to their fullest glory is from May to June. You could even taste the litchis while exploring the farms. 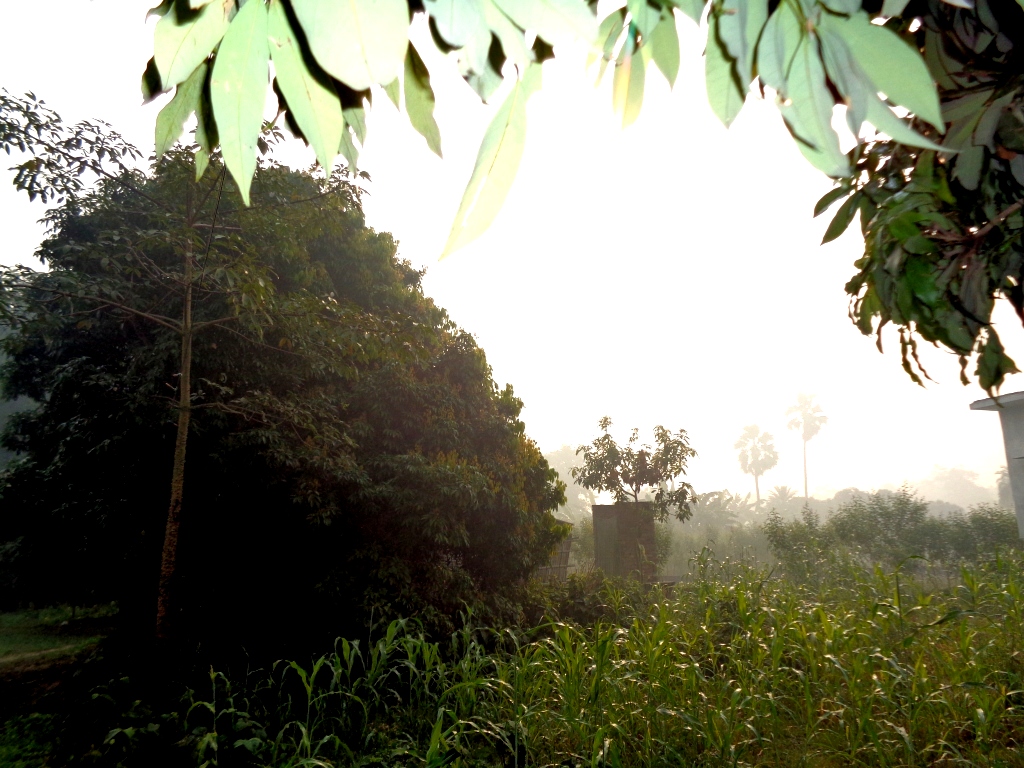 Moreover, in the said months, the gardens have different celebrations to commemorate the cultivations. You can visit the gardens in the Jhapaha, Bochaha, or Mushahari regions of Muzaffarpur. As most of the said gardens are located around 7 to 8 km from the city center, you will have no problem in locating them.

Established in 1979, the Ram Chandra Shahi Museum is a great place for you to be interested in archaeology and history. Throughout the museum, you will get to see a wide variety of artifacts from different periods. Some of them are from ancient time periods, whereas the others are more known for their religious value.

While exploring the museum, do not forget to see the idols of Ashtadikpal and Manasa Nag. They are one of the main reasons why so many people prefer to visit there.

Mostly known for being home to the famous Bhairav Nath Temple, Rajkhand is a great place to visit in Muzaffarpur. This village is located 37 km from the city’s hustle and bustle and is quite famous for its yearly cattle festival. If you want to see the festival, you will have to go there during the month of Mahashivratri.

If you visit there during the said festival, you will see several devotees visiting there. The fair is a great place to know about the local culture and tradition of Muzaffarpur.

Muzaffarpur is a pretty prominent place in India. Even though many people go there to find jobs or study, they seldom know that it is a great tourist spot. We have tried to include all the popular sightseeing locations over there in this blog. By studying this article, we hope you get the inspiration to explore one of the most underrated places in Bihar. 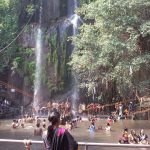